Gary Waddock makes four changes as The Shots face Eastleigh at the Silverlake Stadium, bringing in Kodi Lyons-Foster for his debut.

Nick Arnold, Shamir Fenelon and Scott Rendell also return to the starting XI, with Luca Wrightman named in a matchday squad for the very first time, as a substitute. 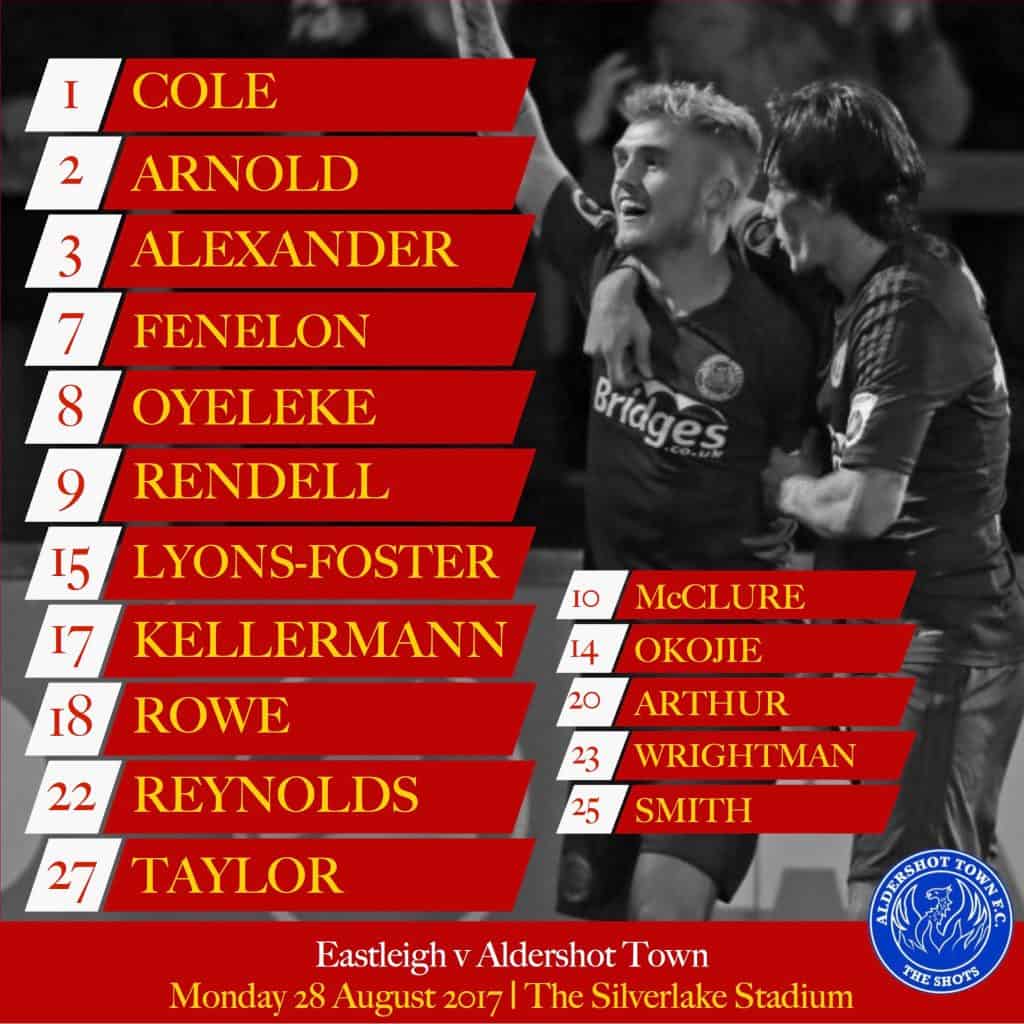