Gary Waddock gives debuts to five of his summer signings as The Shots begin the 2018-19 season against Barnet at the EBB Stadium. 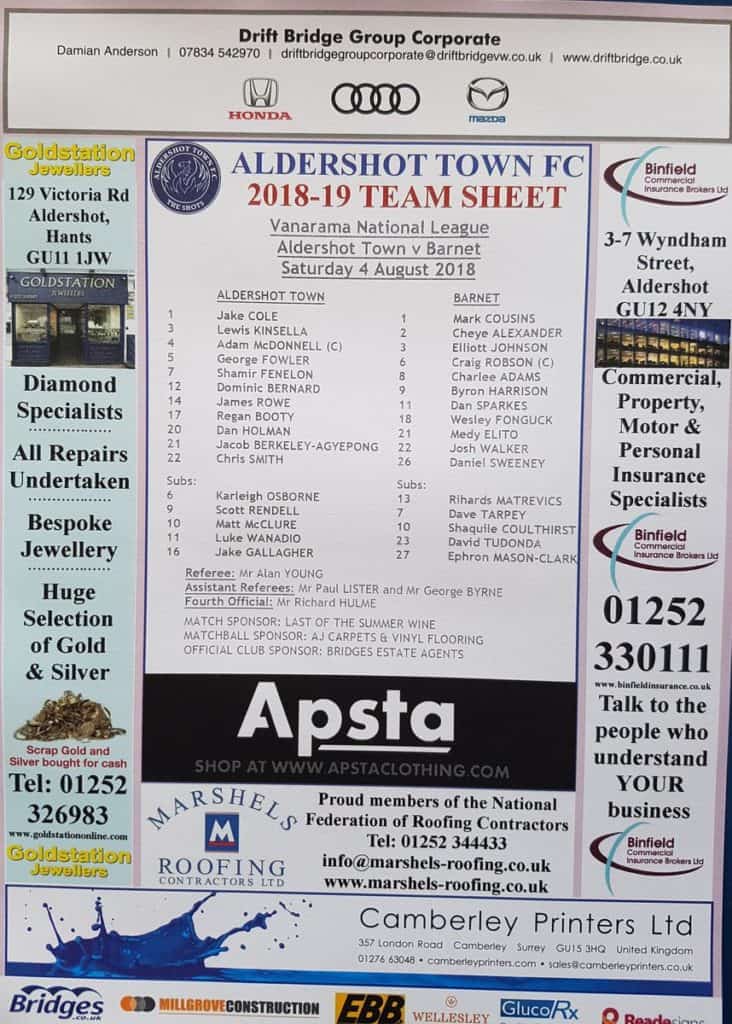