Almost 200 Aldershot Town supporters and sponsors enjoyed a superb Summer Party at the Princes Hall on Saturday night and raised valuable funds for the Club in the process.

Stephen Simmons also amazed the audience with his close-up magic to start the evening in style, before a game of Heads and Tails saw one lucky guest win a piece of jewellery worth over £300 courtesy of club sponsors Goldstation.

Following a delicious three-course dinner, served by Clarke Caterers, a raffle and auction raised even greater money. Items for auction included both a training session with Gary Waddock’s first-team and travel to an away game on the team coach, including a seat at the pre-match meal; two Club Wembley tickets for Beyonce’s sold-out concert in July, courtesy of Charters Group; a visit to the live broadcast of Sky Sports’ SoccerAM show; a spa day at Pennyhill Park; a tour of the Houses of Parliament including afternoon tea with Sir Gerald Howarth; the adrenaline rush of racing in a Spedeworth Motor Sports stock car event; a Surrey Spice Supper Club, for eight people prepared in the comfort of your own home; and a bespoke car wrap, worth £1500, from Reade Signs.

The evening ended with a conga snaking its way across the stage and back onto the dancefloor, led by Mark Butler, who was soon admitting: “It was a fabulous night. We’ve already had several regular attenders saying that this has been the best Aldershot Town Summer Party ever. It’s a great chance for everybody associated with the Club to get together and have fun, but is also a great fundraiser to help the Club through the summer and contribute to Gary Waddock’s playing budget.

“We are immensely grateful to everybody who came, to all who donated raffle and auction prizes, and to the Princes Hall for their excellent hospitality. We hope to confirm details of next year’s event as soon as possible – I know people are looking forward to it already!” 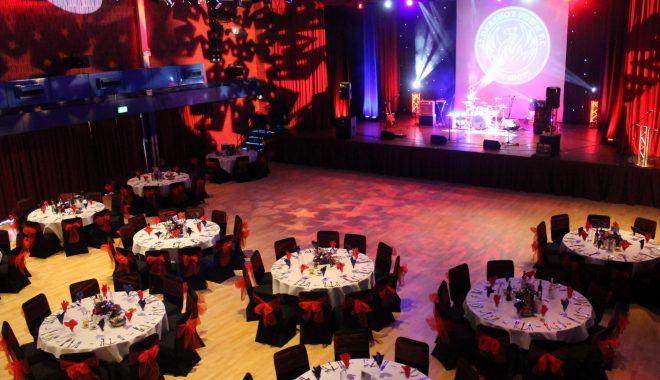 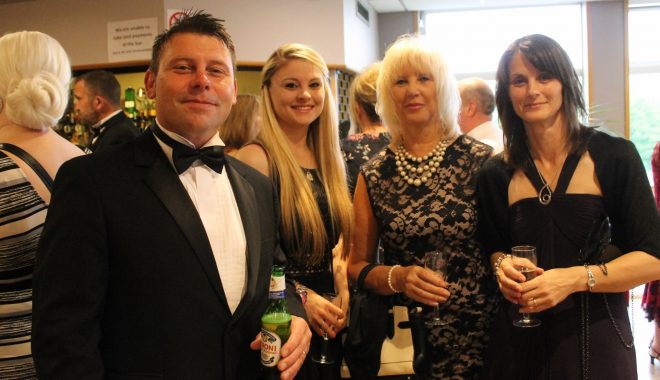 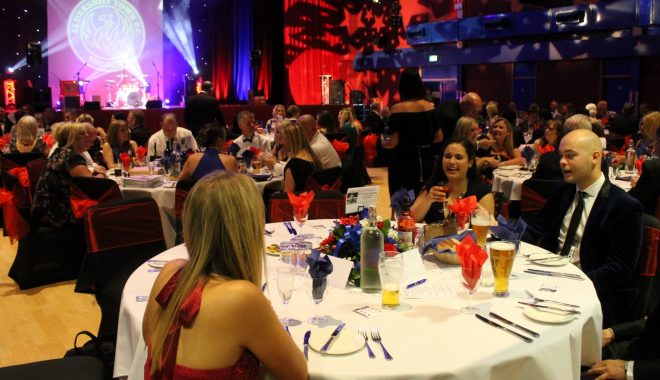 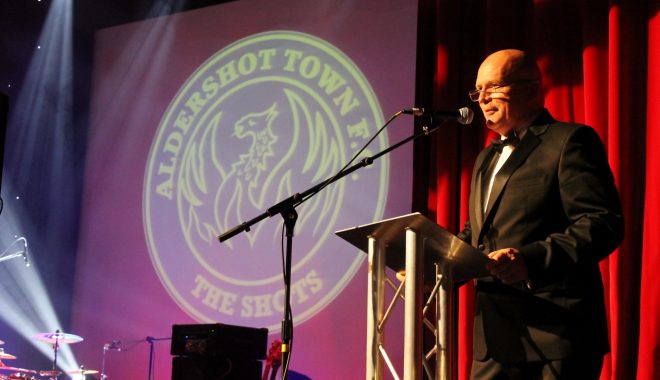 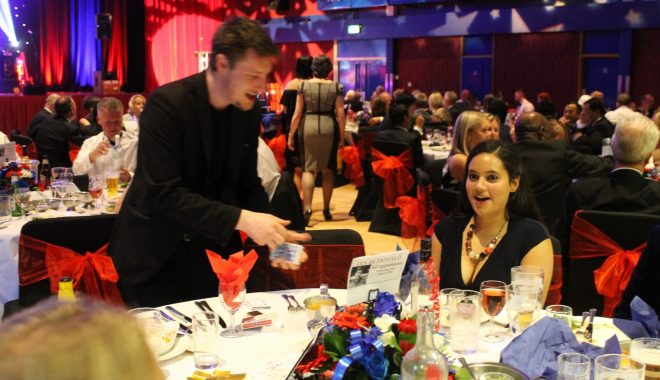 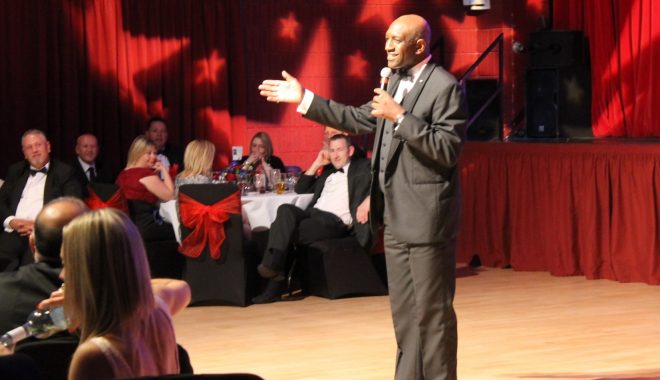 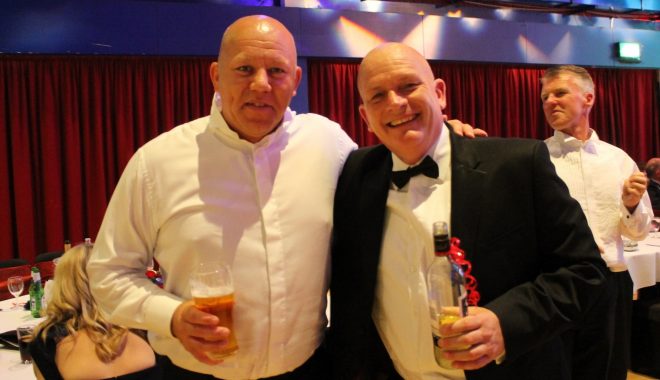 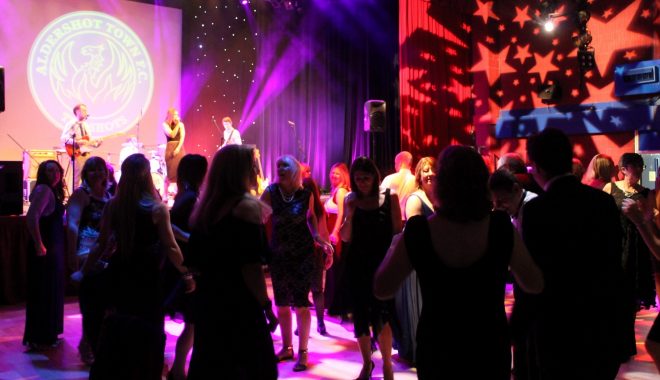 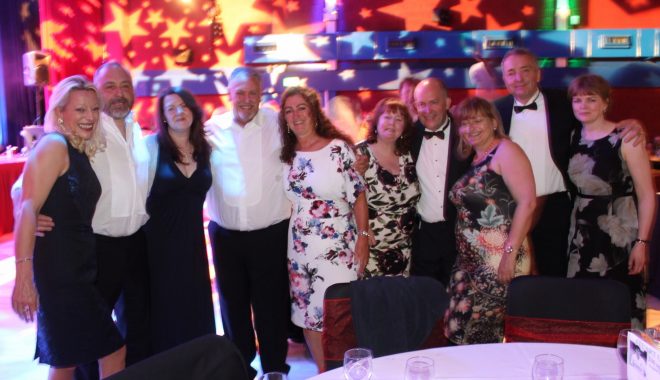 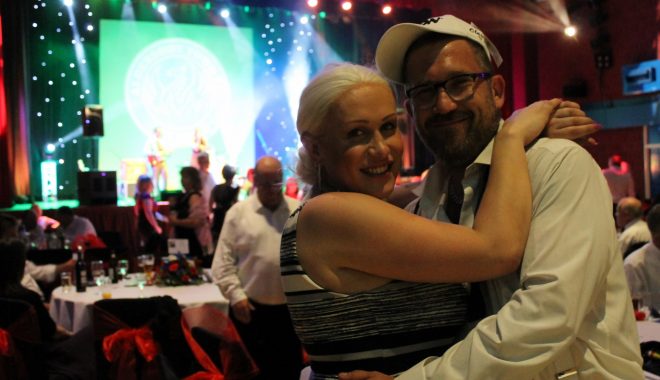 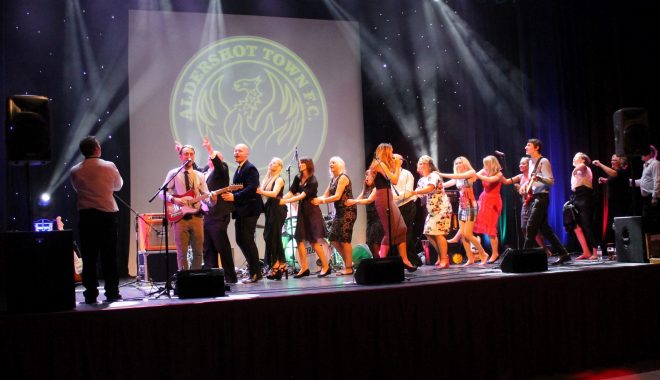