A youthful Shots side gave a good account of themselves but were ultimately well-beaten by the Isthmian Premier League Swans.

The opening 15 minutes were tight, and The Shots started in confident mood but on 19 minutes Collins exchanged passes with Ahmidi to break through and finish well.

Worsfold had a shot deflected just wide and from the resulting corner, on 41 minutes, The Swans doubled their lead. Centre-back Martin powerfully headed the deep delivery back it into the goalmouth, from where Driver nodded the ball over the line amidst a crowd.

Before the break, Bettamer raced through and hit the near-post with a fierce drive, and 12 minutes into the second-half it was three: Staines powered down the middle, and a neat touch from substitute Buchanan bought him a yard of space to lash an 18 yard shot past replacement goalkeeper Cundy.

Midway through the half, Haworth’s free-kick nearly deceived Staines keeper Ashlee Jones as it bounced in front of him, and soon Chevron McLean pulled a drive wide across goal at the end of a slaloming run into the box.

The fourth, on 77 minutes, came from the penalty spot, as Bushnell fouled Miller-Rodney from behind in the act of shooting and Tyrell drove in an unstoppable penalty.

The Shots, though, kept going for the full 90 minutes and pulled a goal back in the 82nd minute. Wickens clipped a lovely ball in from the right and George Root’s deft first-time touch looped the ball over the advancing goalkeeper and in.

Cundy produced a strong save to parry Buchanan’s curling 15 yard shot but on 89 minutes Baptiste completed the scoring, slotting the ball into the bottom corner after Jonathan Hippolyte’s square pass.

This was, nonetheless, a pleasing evening for Patrick Ryan’s young side, who showed good attitude, strength and ability against a far more experienced team. 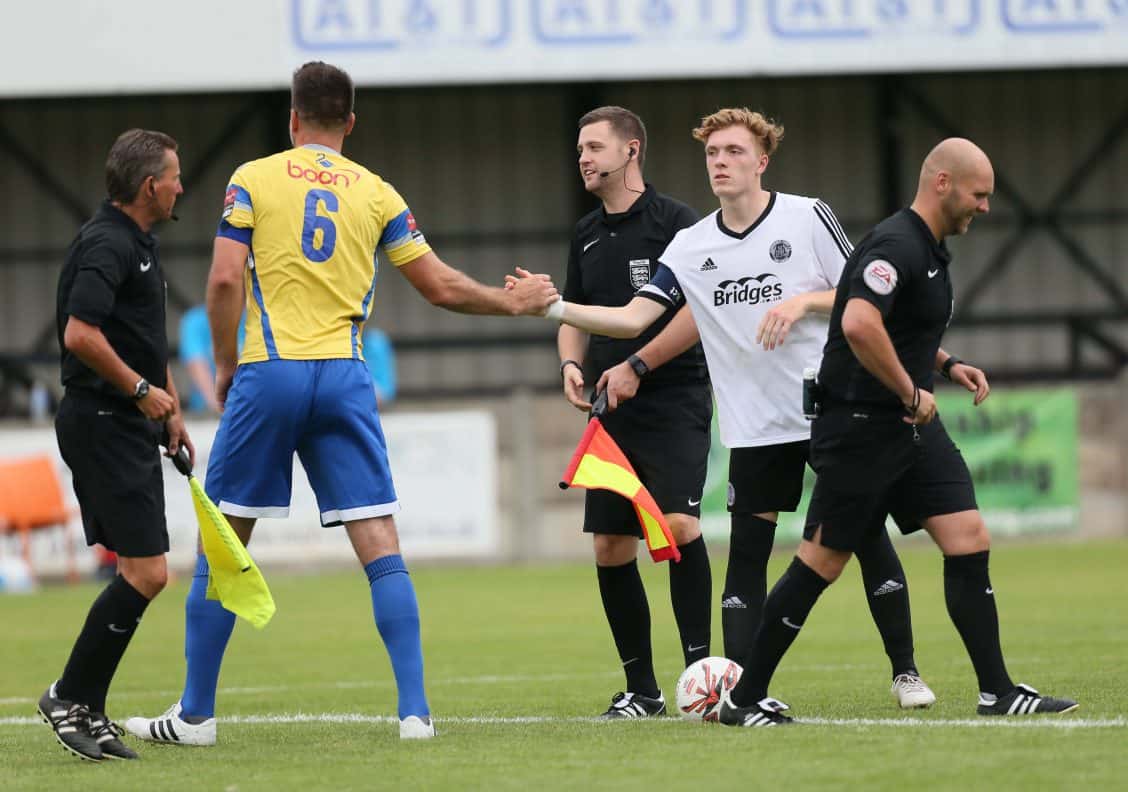 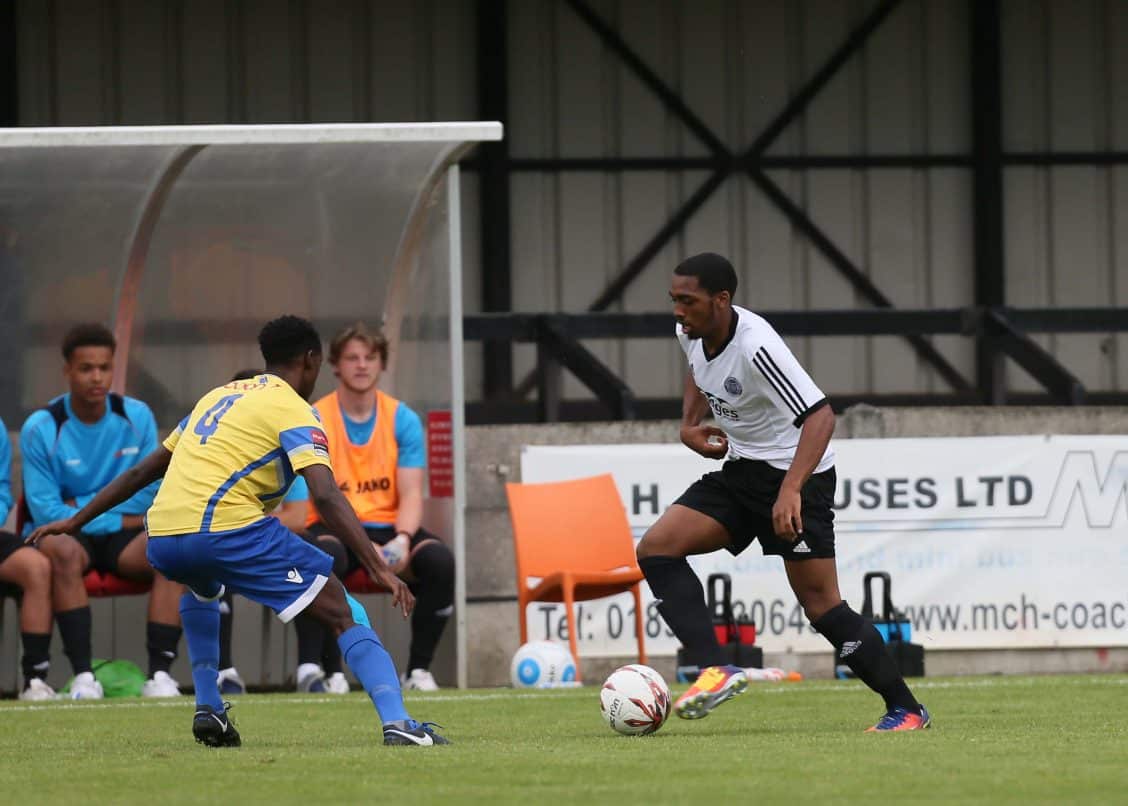 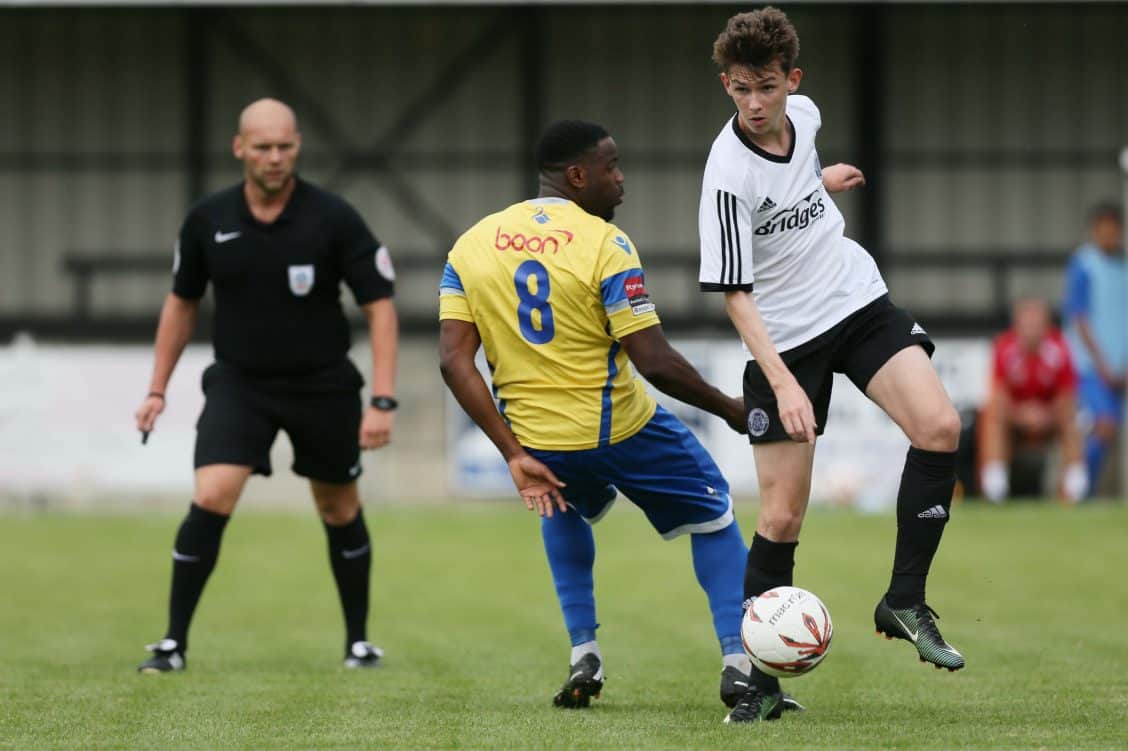 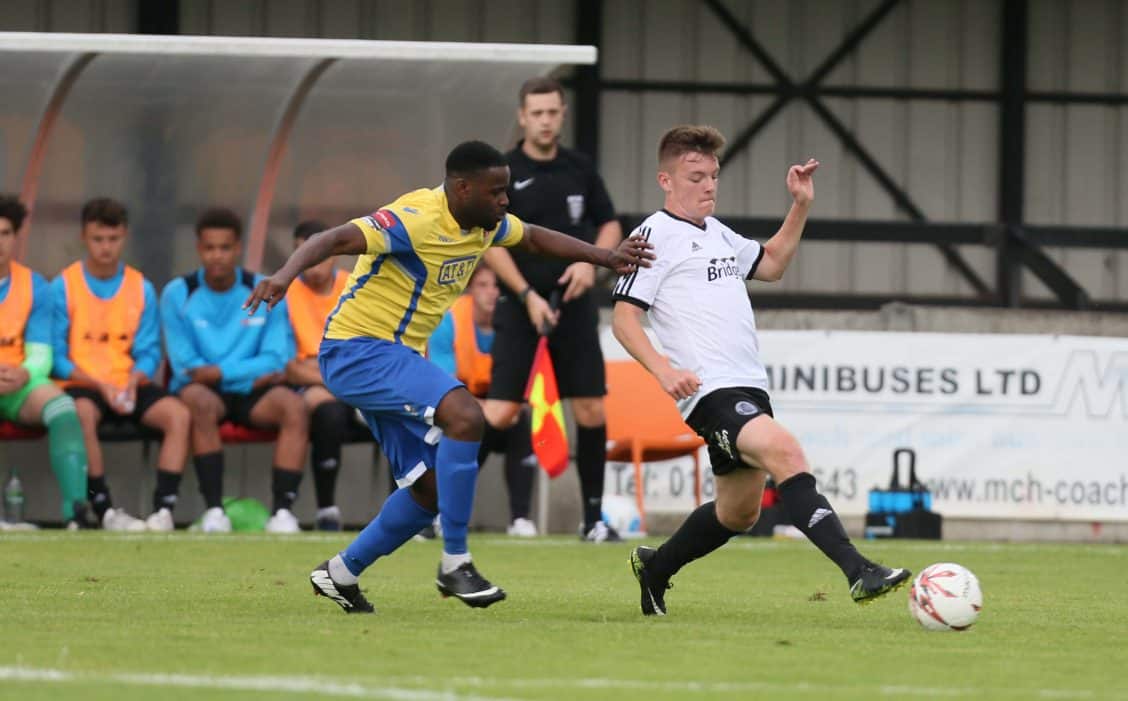 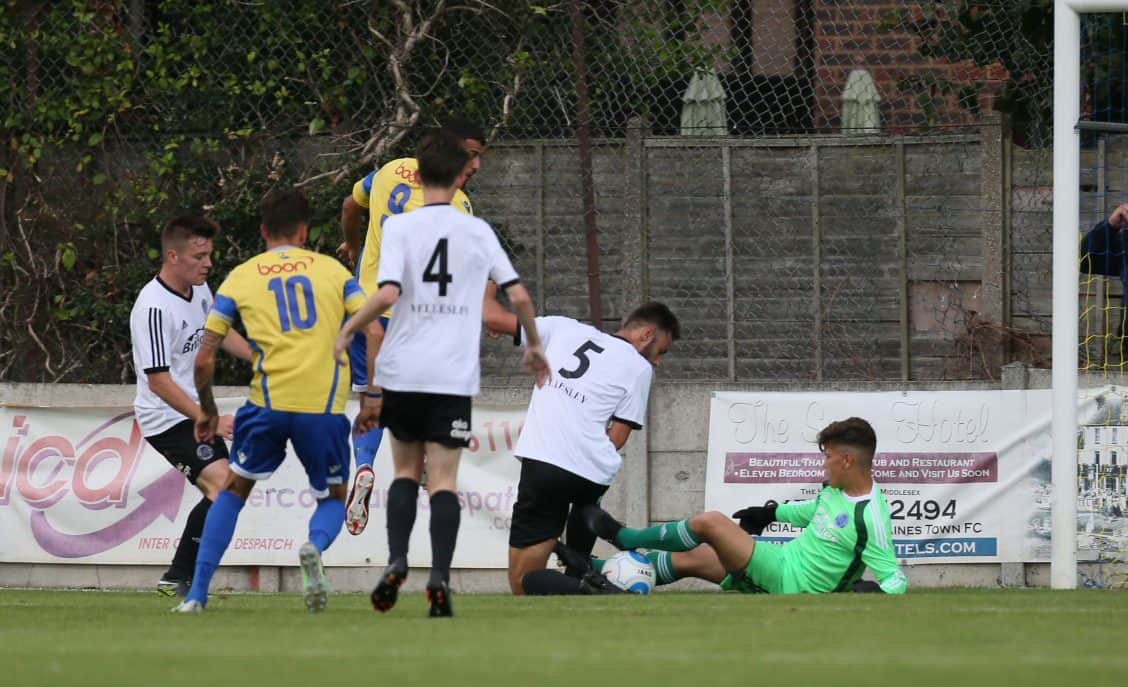 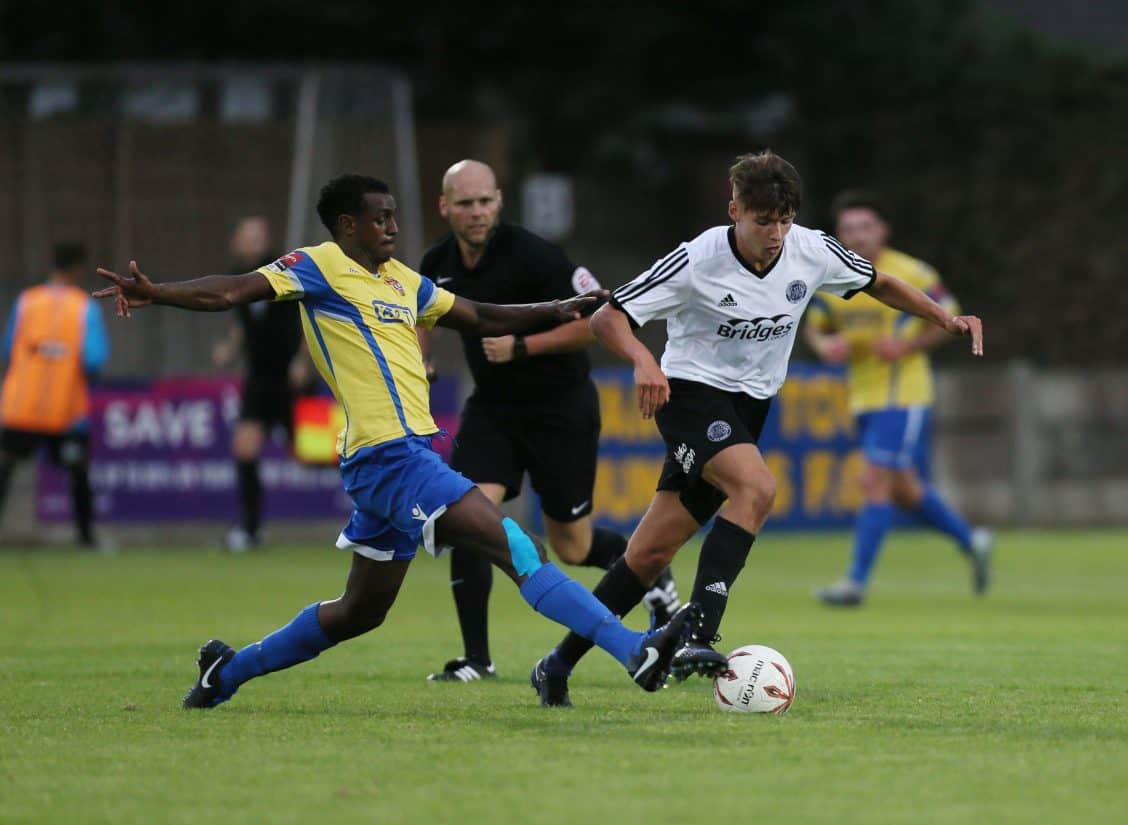 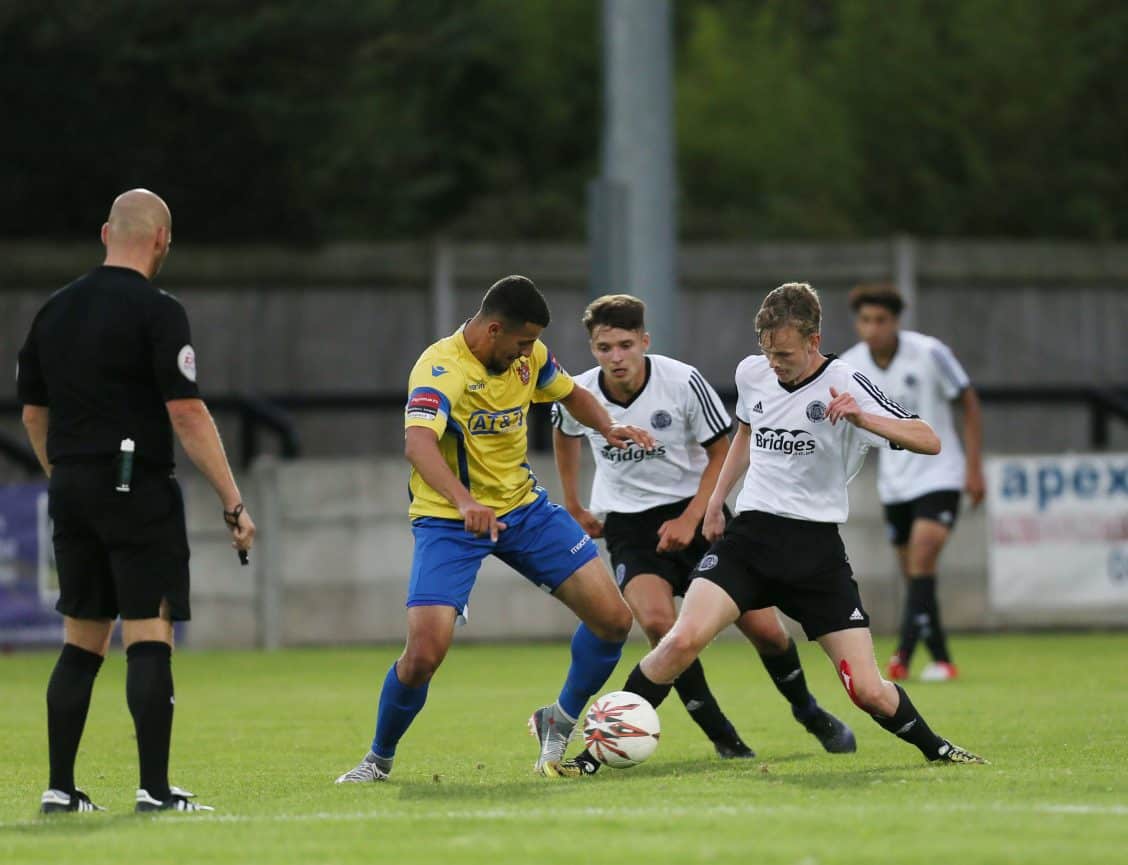 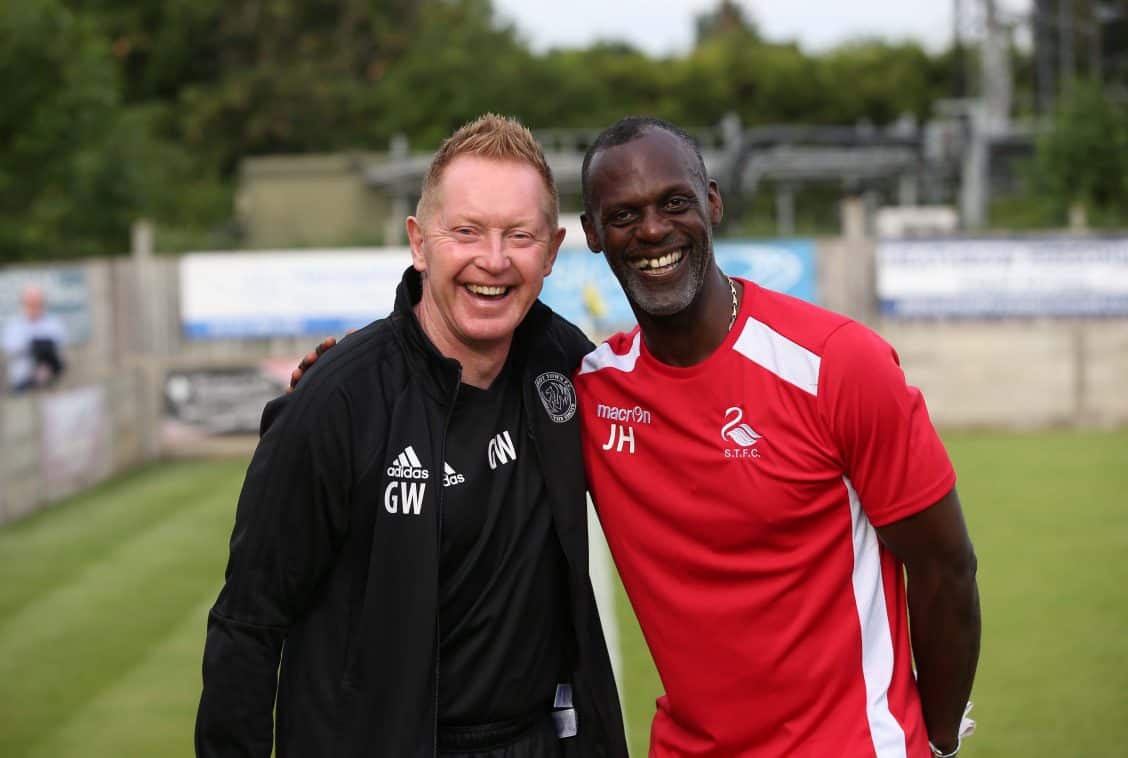