Aldershot Town are delighted to welcome a legendary World Cup winner and Olympic gold medallist amongst the special guests at the Club’s annual Golf Day on Thursday 20 April.

Just one team of four remains for the day, at Puttenham Golf Club, which includes 18 holes on one of the area’s best and most picturesque courses plus a three-course dinner on return to the Clubhouse. Teams cost £360 + VAT – contact Mark Butler on 01252 320211 or email mark.butler@theshots.co.uk.

Ardiles, Allen and Miller played a combined total of 769 games for Spurs and were three of the key players in their fine teams of the late 70s and early 1980s. Ardiles won both the 1981 FA Cup and 1984 UEFA Cup with Spurs, both alongside Miller, who also helped Tottenham retain the FA Cup in 1982. Allen scored 49 goals for the Club in 1986-87, winning both PFA and Football Writers Player of the Year awards, in a total of 112 Spurs goals in four seasons.

Wells won the 100 metre gold medal at the 1980 Olympic Games in Moscow – in addition to taking silver in the 200 metres – and also won four Commonwealth Games and three European Cup gold medals in a stellar career. He now works as a Systems Engineer at Surrey University.

Once again sponsored by EBB Paper, the event is also generously supported by Charters Peugeot and Srixon Golf.

A hole-in-one on the par three 18th wins a new Peugeot 108, with further prizes available across other par three holes on the course:

A three-night stay for two people at the five-star Praia D’El Rey Marriott Golf & Beach Resort in Portugal, regarded as one of the best courses in Europe and located 65 miles north of Lisbon, in a package which also includes flights, half-board accommodation, car hire and golf;

A two-night stay for four people at the Marriott Forest of Arden in Meriden near Birmingham, including half-board accommodation and two rounds of golf;

and a set of Taylor Made Speed Blade HL Irons & Ghost Putter.

Further prizes will be awarded to the top three teams, courtesy of Srixon Golf. 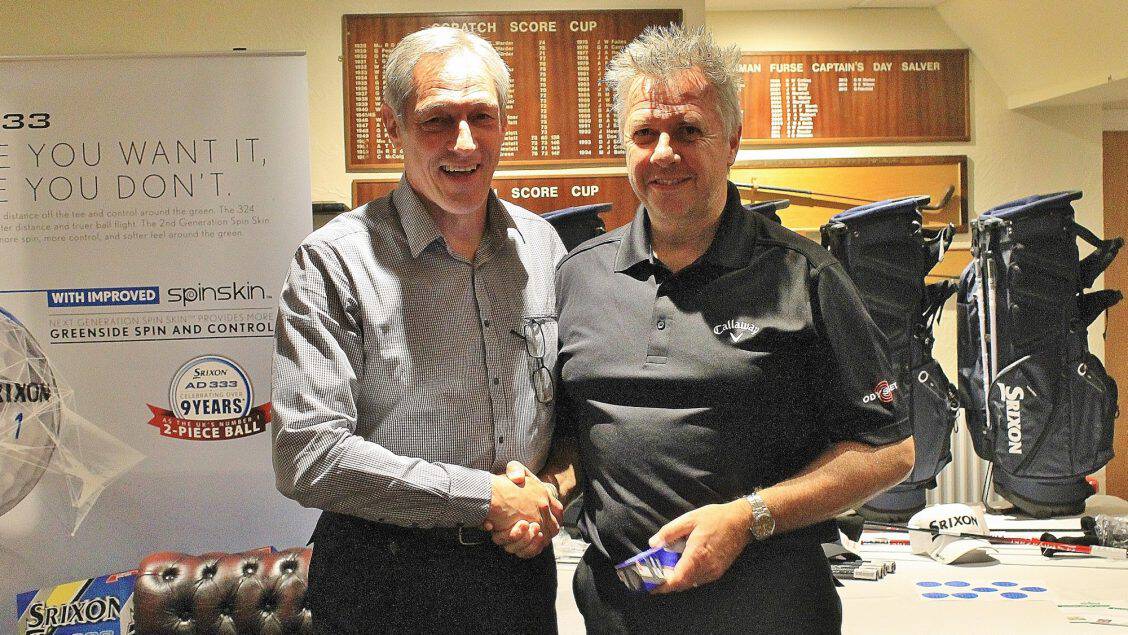