200 Aldershot Town supporters and sponsors enjoyed a great night in the company of Alan Smith, Alex McLeish and Terry Venables on Friday, as The Shots’ annual Sportsman’s Dinner raised invaluable funds for the Club.

Held at the Village Hotel and Urban Resort in Farnborough, the night surpassed its fundraising target and saw Arsenal legend Smith and former Scotland manager McLeish regale the audience – which included Shots manager Gary Waddock – with insightful and hilarious tales from their stellar careers, whilst Venables posed for photographs and signed autographs.

Smith and McLeish also debated the outcome of this week’s World Cup qualifier at Wembley, with both initially predicting an Engand victory before the former Aberdeen defender got the last word in by forecasting a 2-0 Scotland win! Other stories involved Sir Alex Ferguson’s love of cricket (and frequent refusal to admit that he had been bowled out), several practical jokes played by Paul Gascoigne on room-mate Smith, Graham Taylor’s infamous substitution of Gary Lineker at Euro 92, McLeish trying to stop the 1982 Brazilian World Cup side almost single-handedly, and how a cigar helped Venables land the job of managing Barcelona!

“The evening was a great success, and it was an honour to spend it in the company of some true football greats,” said Shots Commercial Manager Mark Butler. “It was a privilege to listen to their memories and I’m delighted that everybody seemed to have a fantastic evening.

“We now look forward to seeing them all again at our future events, with our Golf Day in April and Summer Party in May. We also hope to announce details of our 2017 Sportsman’s Dinner very soon, which we are already excited about!”

Auction items included hospitality for 16 people at Ascot’s Ladbroke Hurdle raceday in December, hospitality for 12 at a Guildford Flames ice hockey match, a tour of the House of Lords and afternoon tea with Sir Gerald Howarth, a fourball at Sand Martins Golf Club in Wokingham, a quarter-page advertisement in the Surrey-Hants StarCourier, signed photos of Muhammad Ali, Sir Geoff Hurst and Nigel Mansell, and a limited edition London 2012 photo of Mo Farah and Jessica Ennis; whilst raffle prizes included a Sharp 32” television, a family ticket for Spedeworth Motorsports, carvery Sunday lunch for four at the Village Hotel’s Verve Grill restaurant, a family ticket for Pizza Express Aldershot, Srixon golf equipment and VIP hospitality tickets for the EBB Lounge.

Our immense thanks go to Tony Knights and MemCo, for their supply of auction items and management of the Silent Auction; Barons Farnborough, TrinityMirror, Pizza Express Aldershot, The Village Hotel, Sir Gerald Howarth, Eagle Radio, Kevin Matthew of Central Heating Services, Srixon Golf for the donation of prizes; Terry Owens, for his assistance with the auction; Stuart Le Gassick; and Merv George of Eurohire Sound and Light. 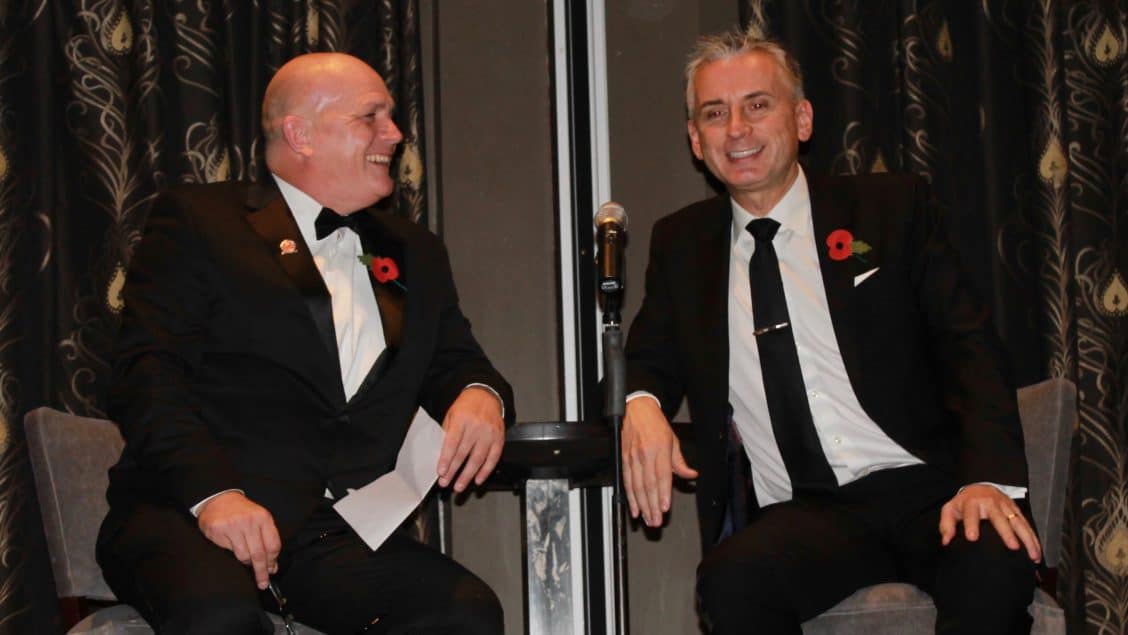 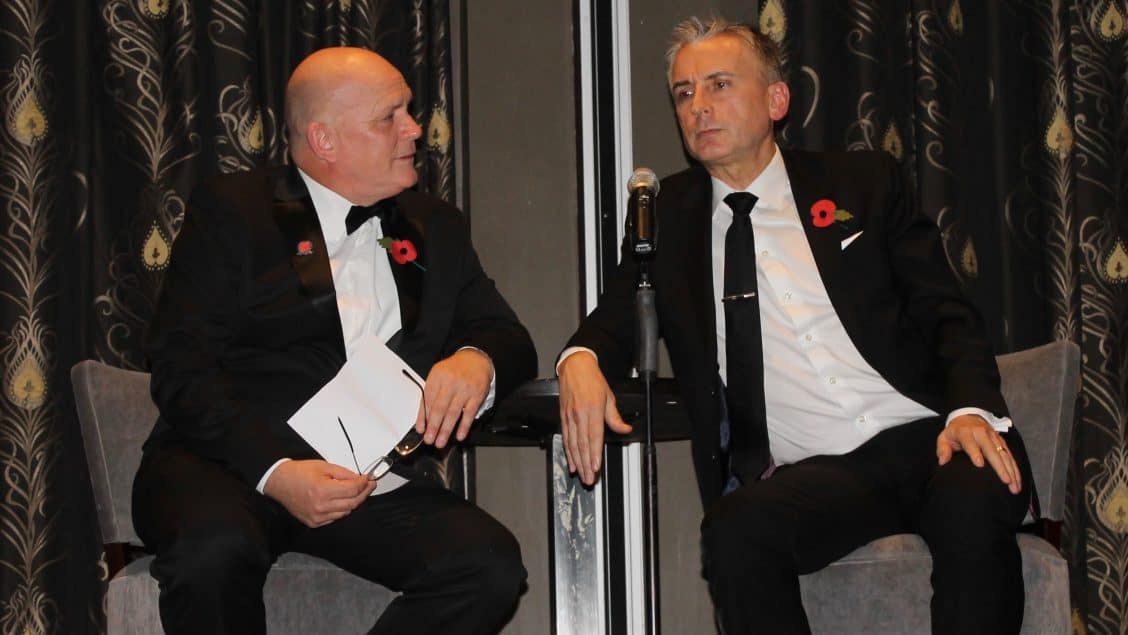 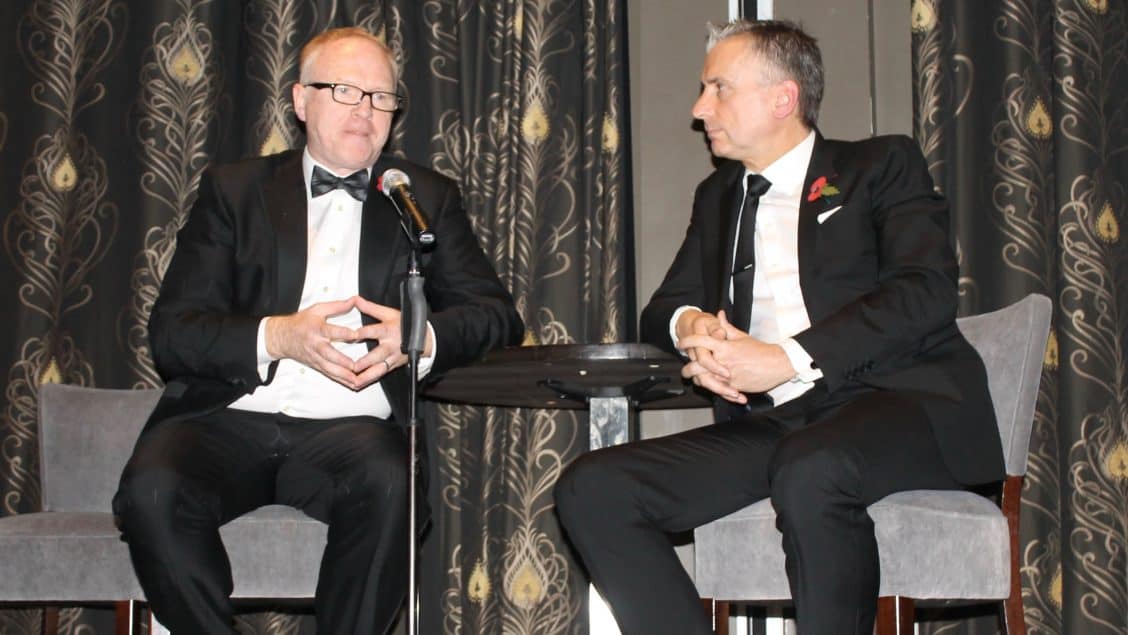 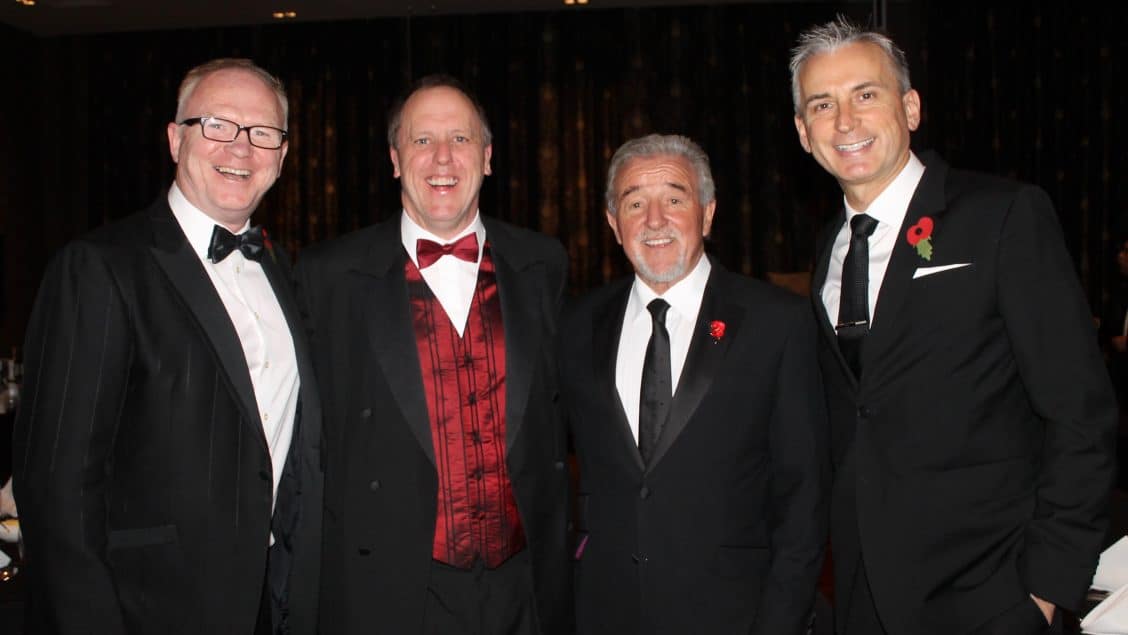 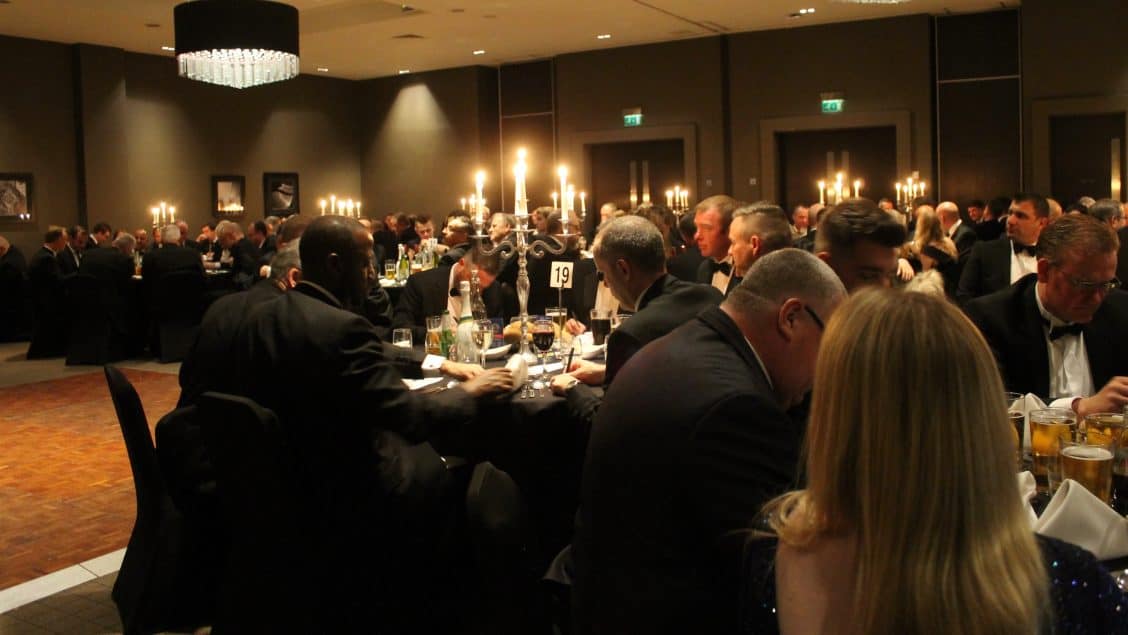 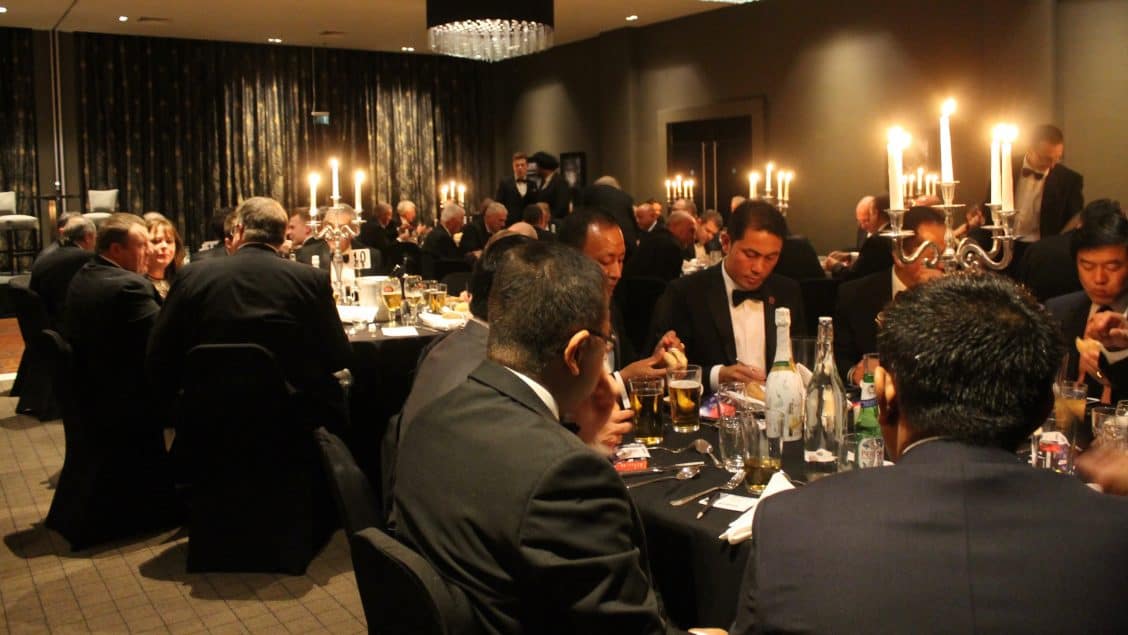 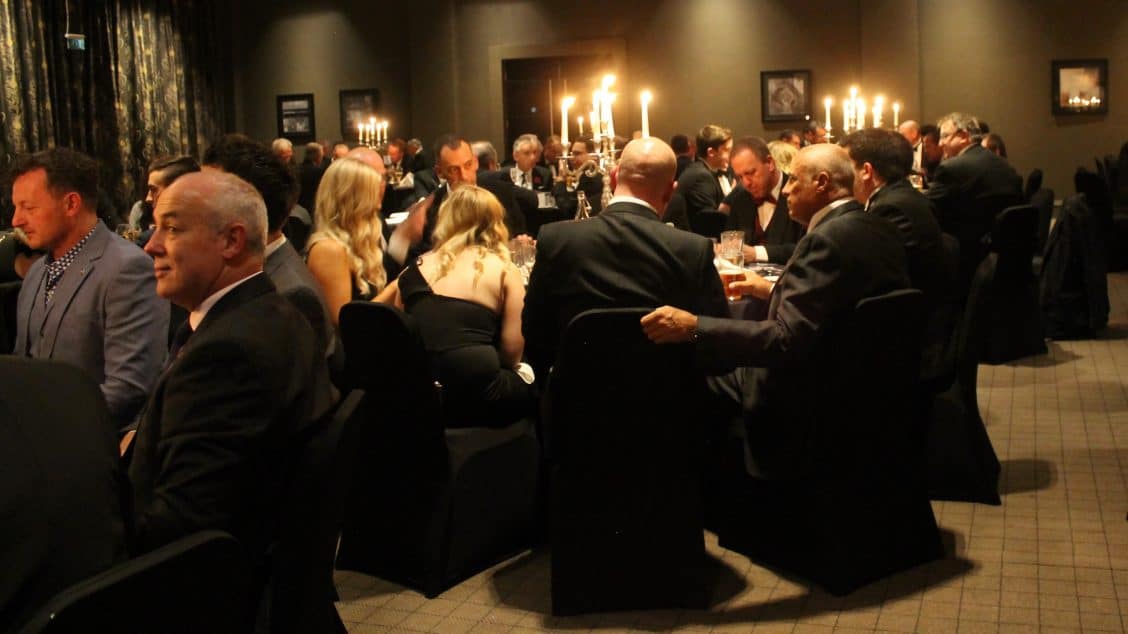 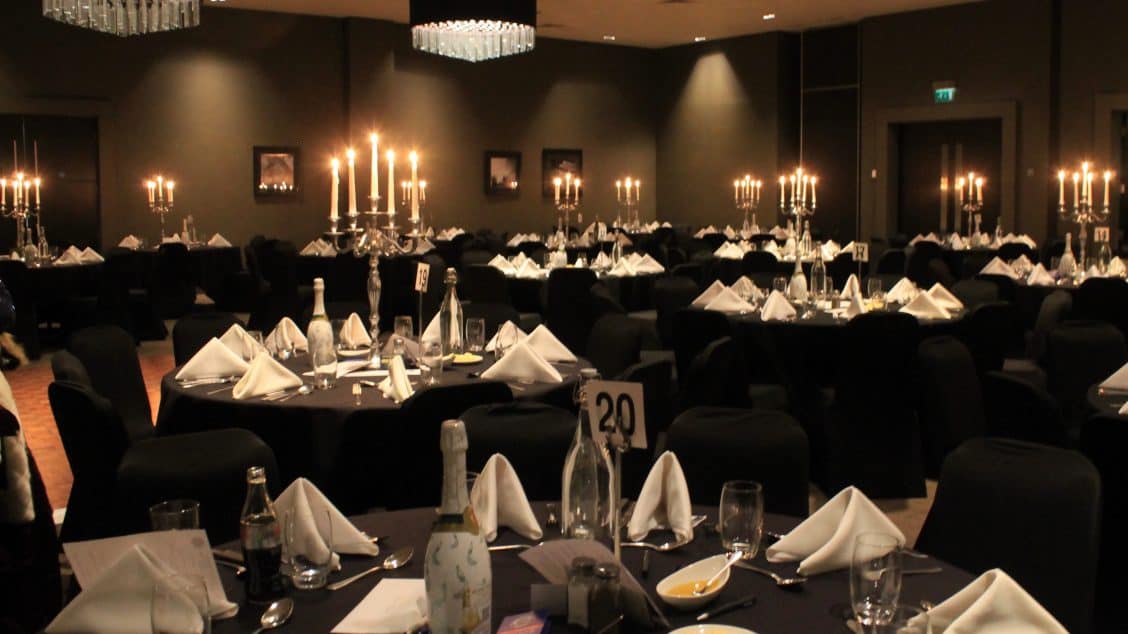