Aldershot Town fell to a 2-1 defeat against Solihull Moors at a blustery Sportnation.bet Stadium. A first half penalty from Paul McCallum and a second half strike from substitute Matt Stenson was the difference, Mitch Walker saved a penalty from Terry Hawkridge in the first half and Ethan Chislett netted his first Shots goal late on.

Danny Searle named an unchanged starting eleven and subs bench to the side that won the derby match at Woking on Tuesday night. Solihull also went unchanged from their opening two games.

It was the hosts who started the strongest of the two sides with Kyle Storer, Jamey Osborne and Jamie Reckord all having efforts saved by Walker in the opening 10 minutes.

Solihull were then awarded their first penalty on 21 minutes. They broke from a Shots corner and Hawkridge delivered a low cross to McCallum but he was deemed to have been tripped by Connor Shields who was then booked.

Hawkridge stepped up to take but Walker guessed the right way, making a strong save with his trailling leg and Shots cleared.

They were then awarded another penalty on 40 minutes when captain Dean Rance clipped Storer. McCallum was given the honours this time and he duly dispatched to the left of Walker who did dive the right way to give the Moors the lead.

Shots responded well in the second half with James Rowe playing in Shields into the box, but Alex Gudger got a crucial block on his strike.

Nathan Blissett couldn’t add to the hat-trick he scored the last time the two sides met. His tame effort on 61 minutes was the closest he got as Walker collected it.

But the hosts doubled their lead on 76 minutes when substitute Stenson latched onto a long ball from keeper Ryan Boot, he turned and then smashed a low 25-yard effort past Walker into the bottom corner.

Shots grabbed a consolation to set up a grandstand finish. Sub Harry Panayiotou delivered a deep cross to debutant Aaron Eyoma at the far post, his effort crashed off the bar to Chislett who nodded in the rebound from close range.

Shots couldn’t find an equaliser at the death and the game finished 2-1. 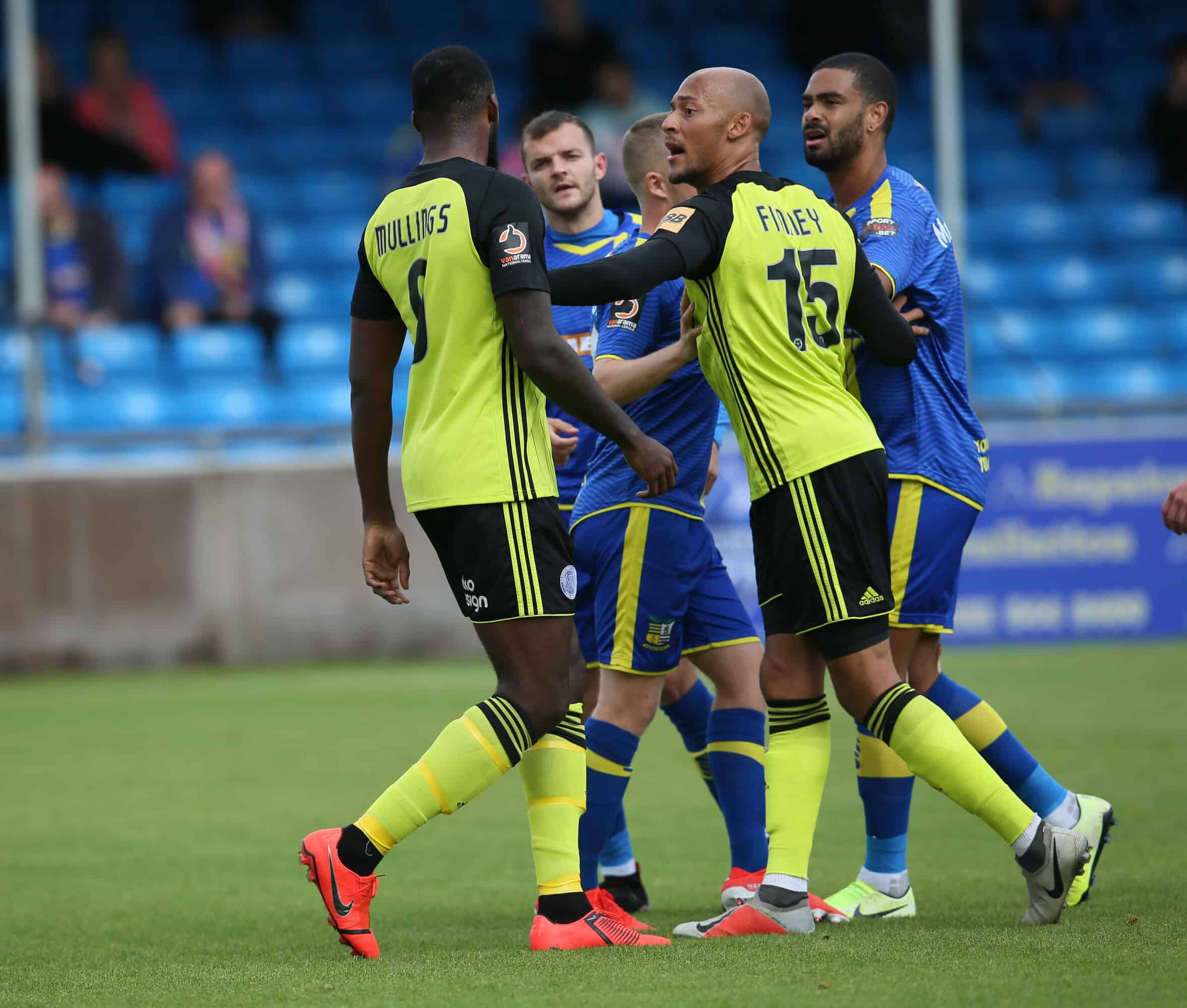 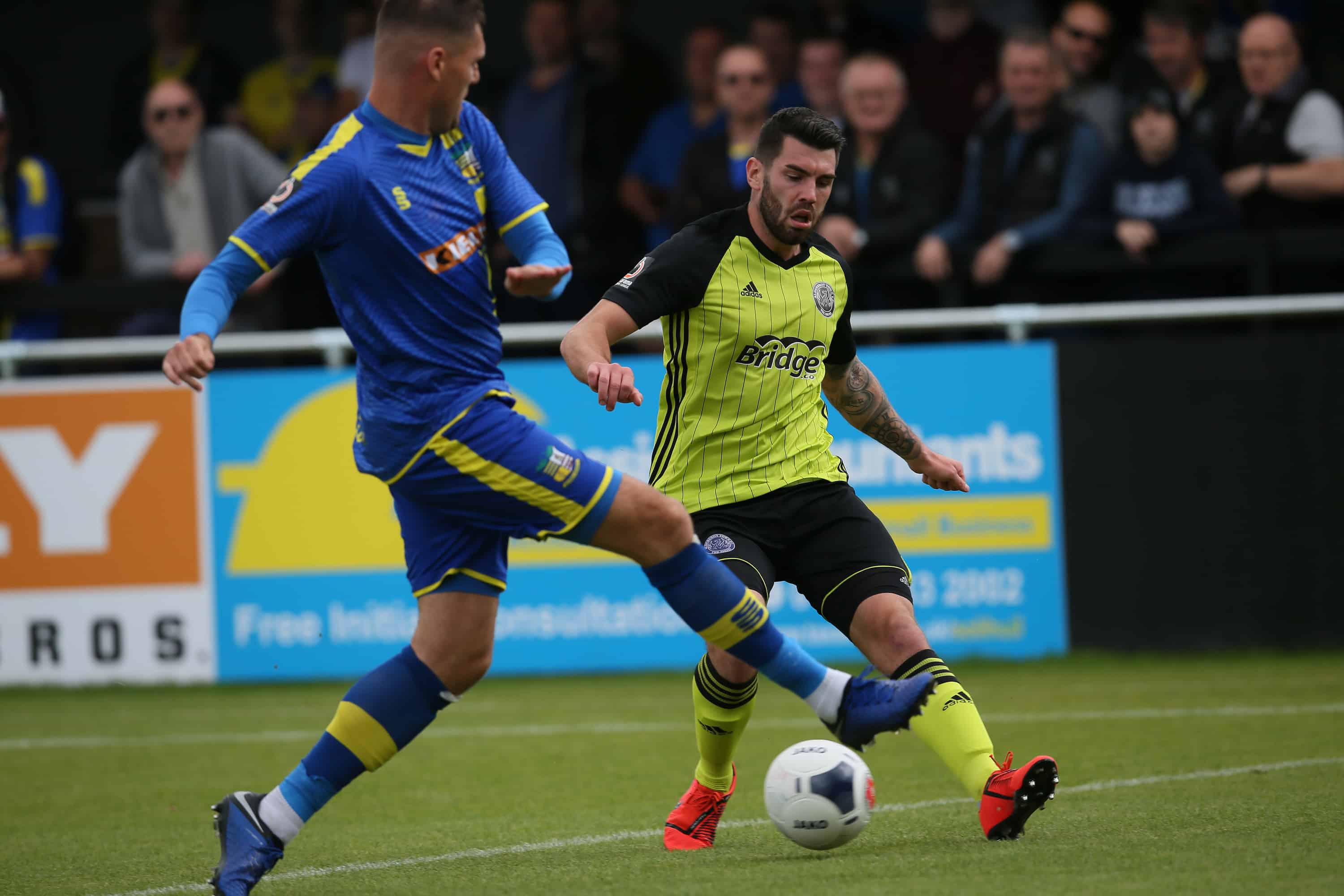 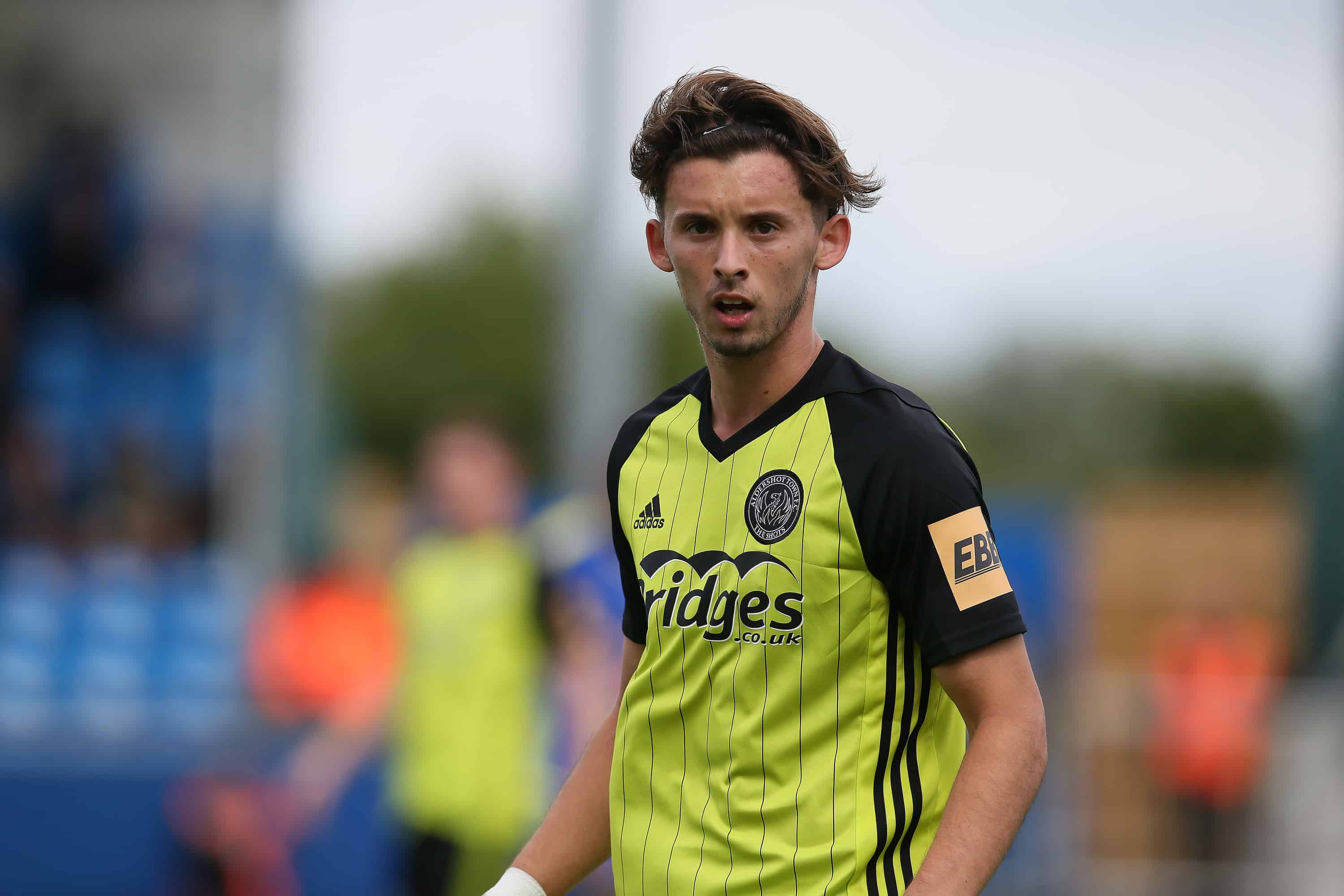 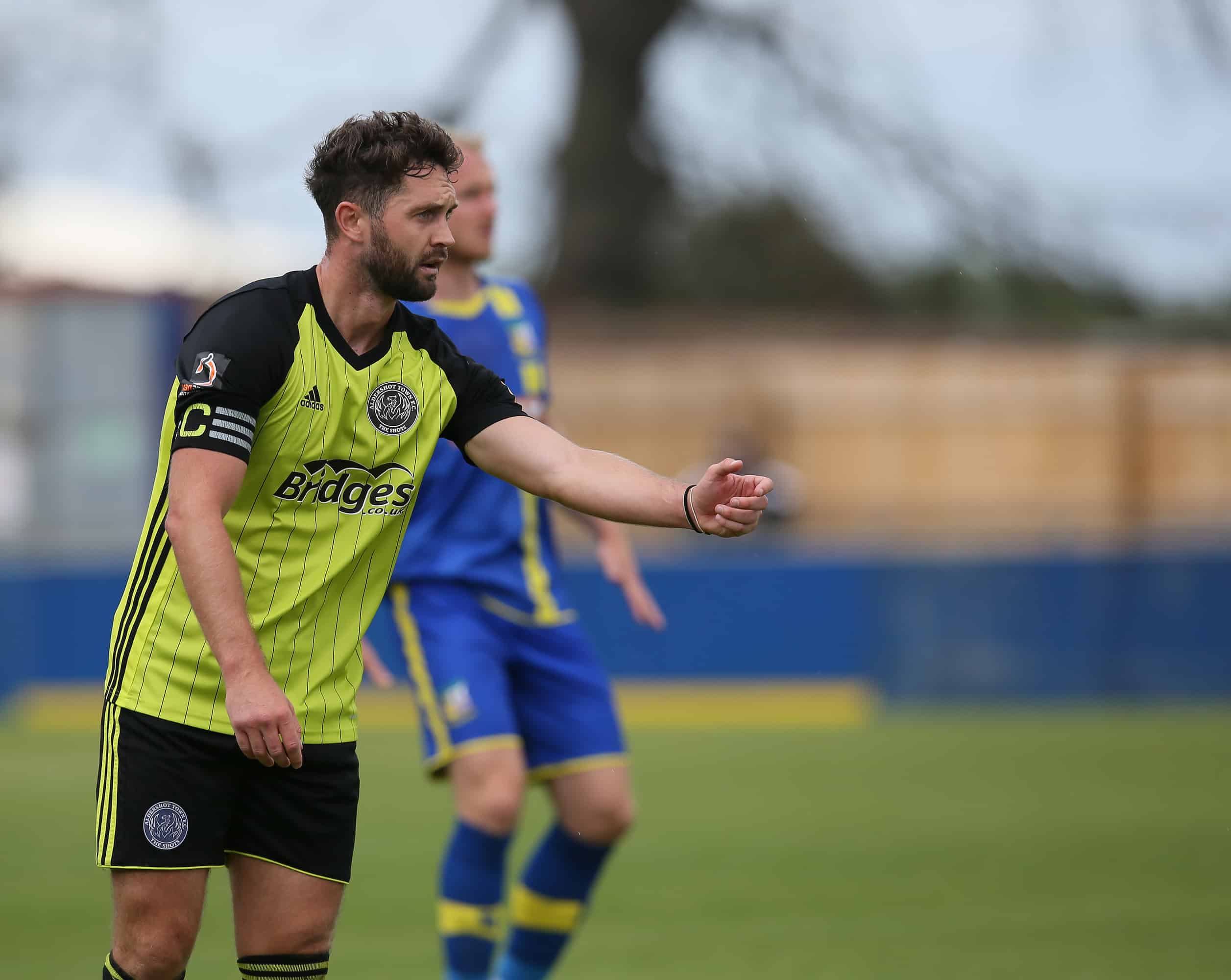 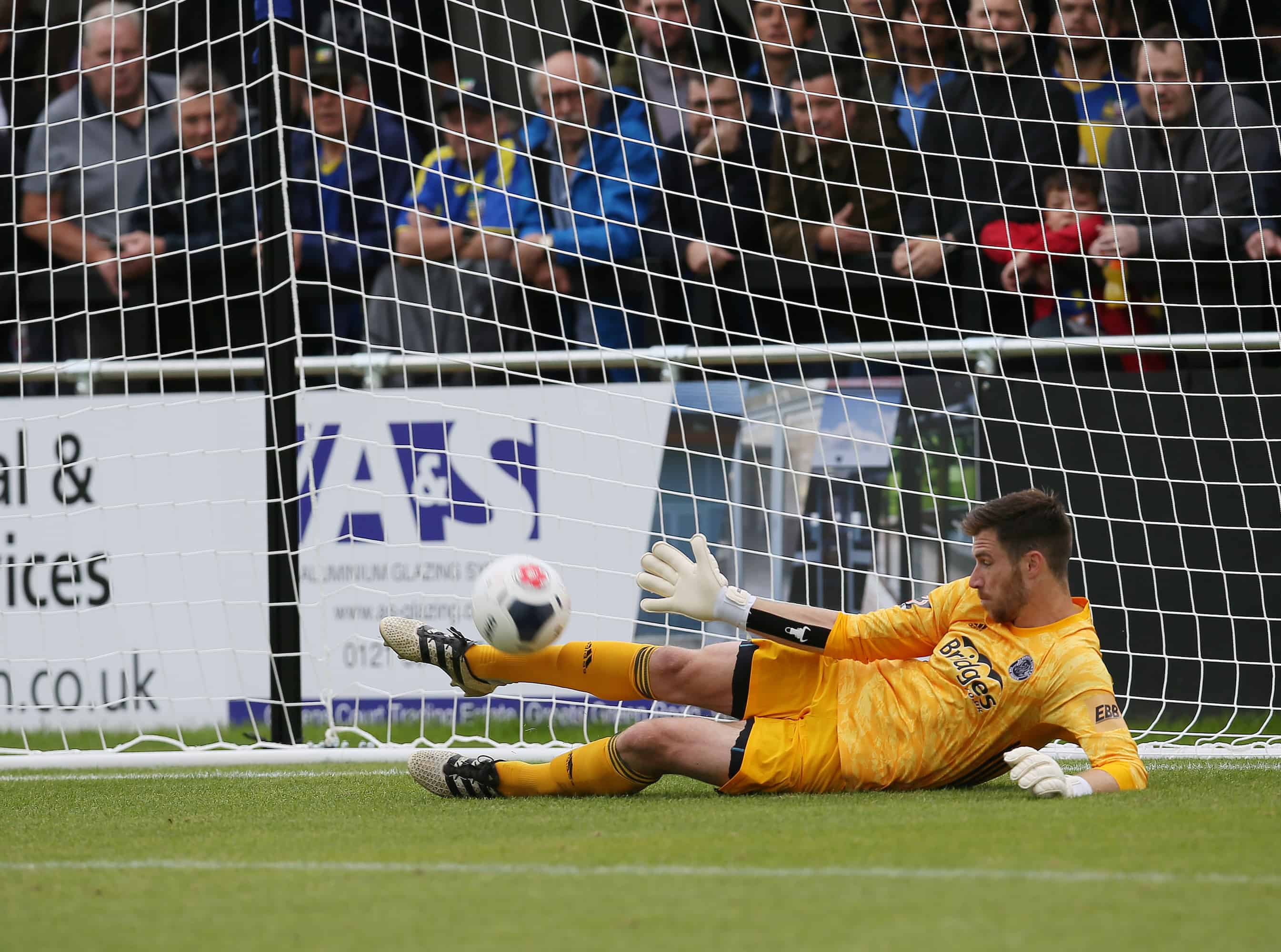 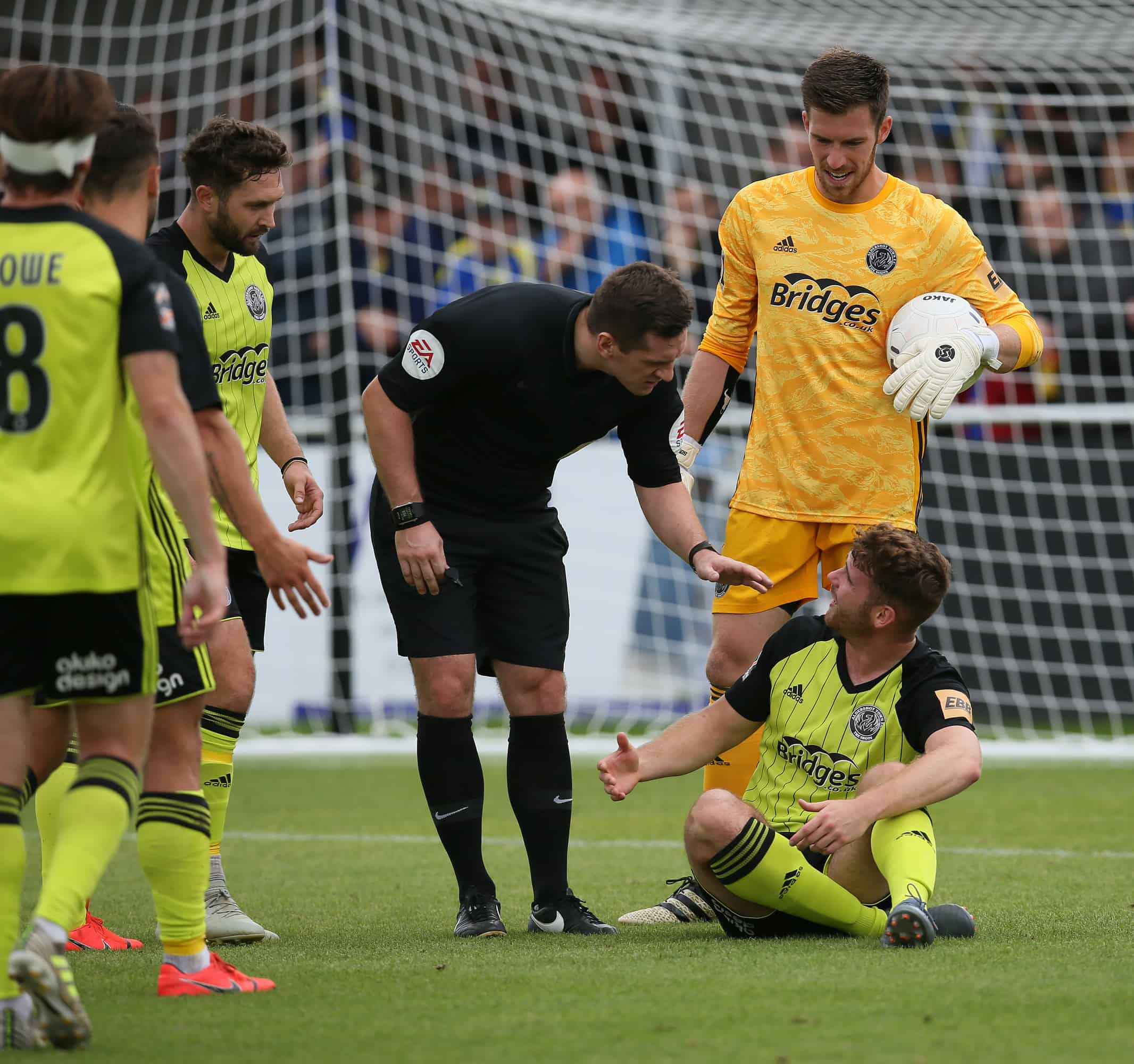 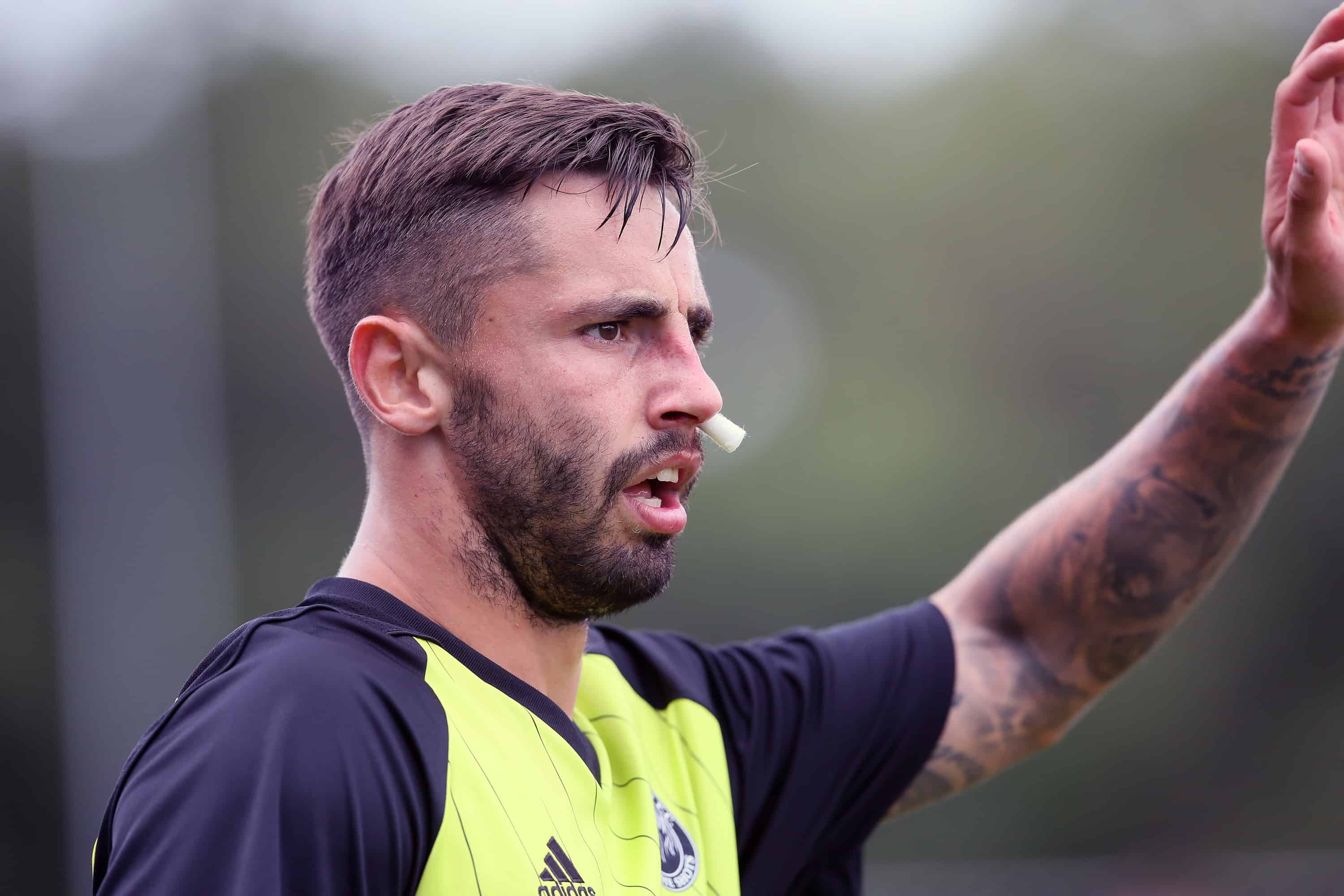 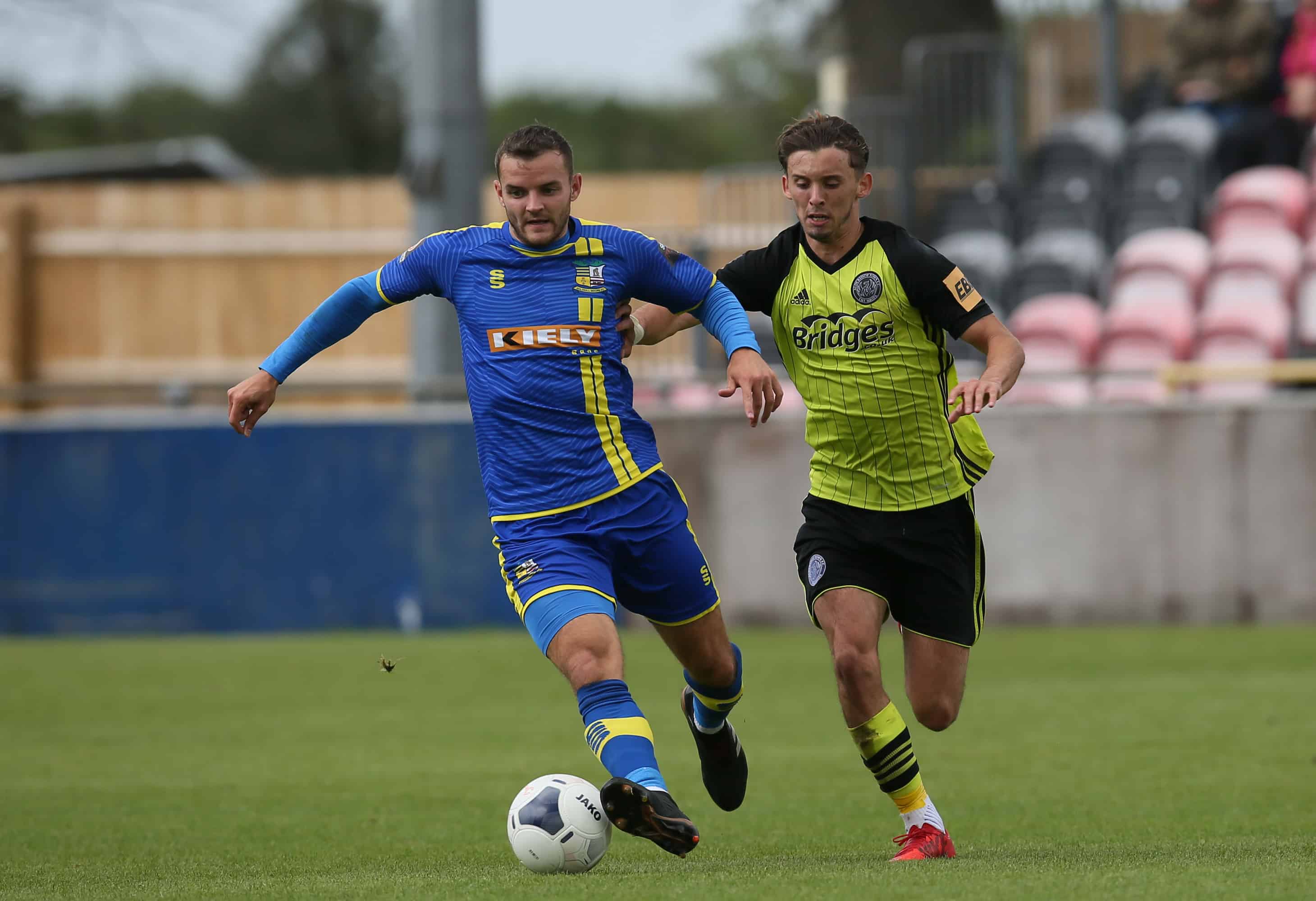 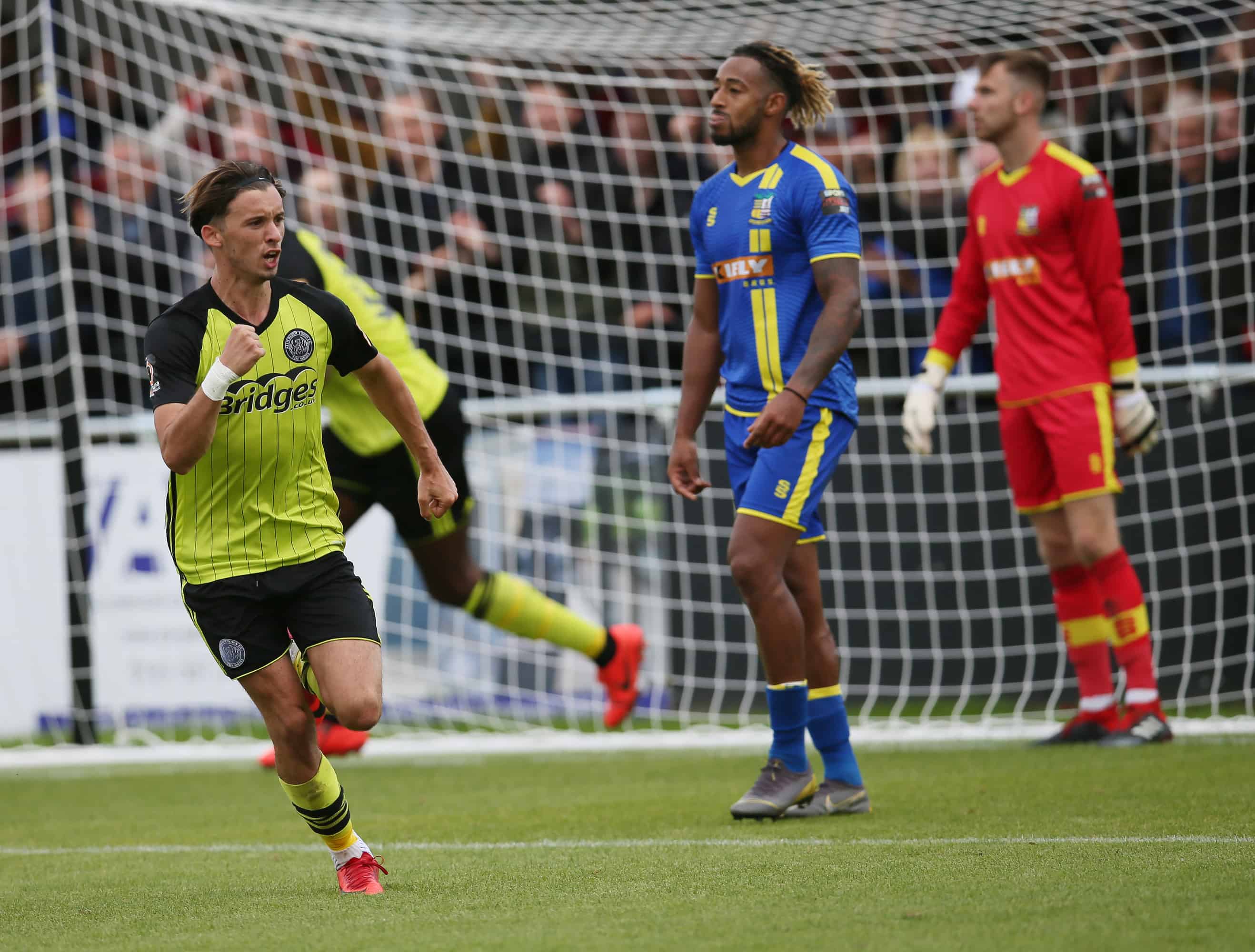 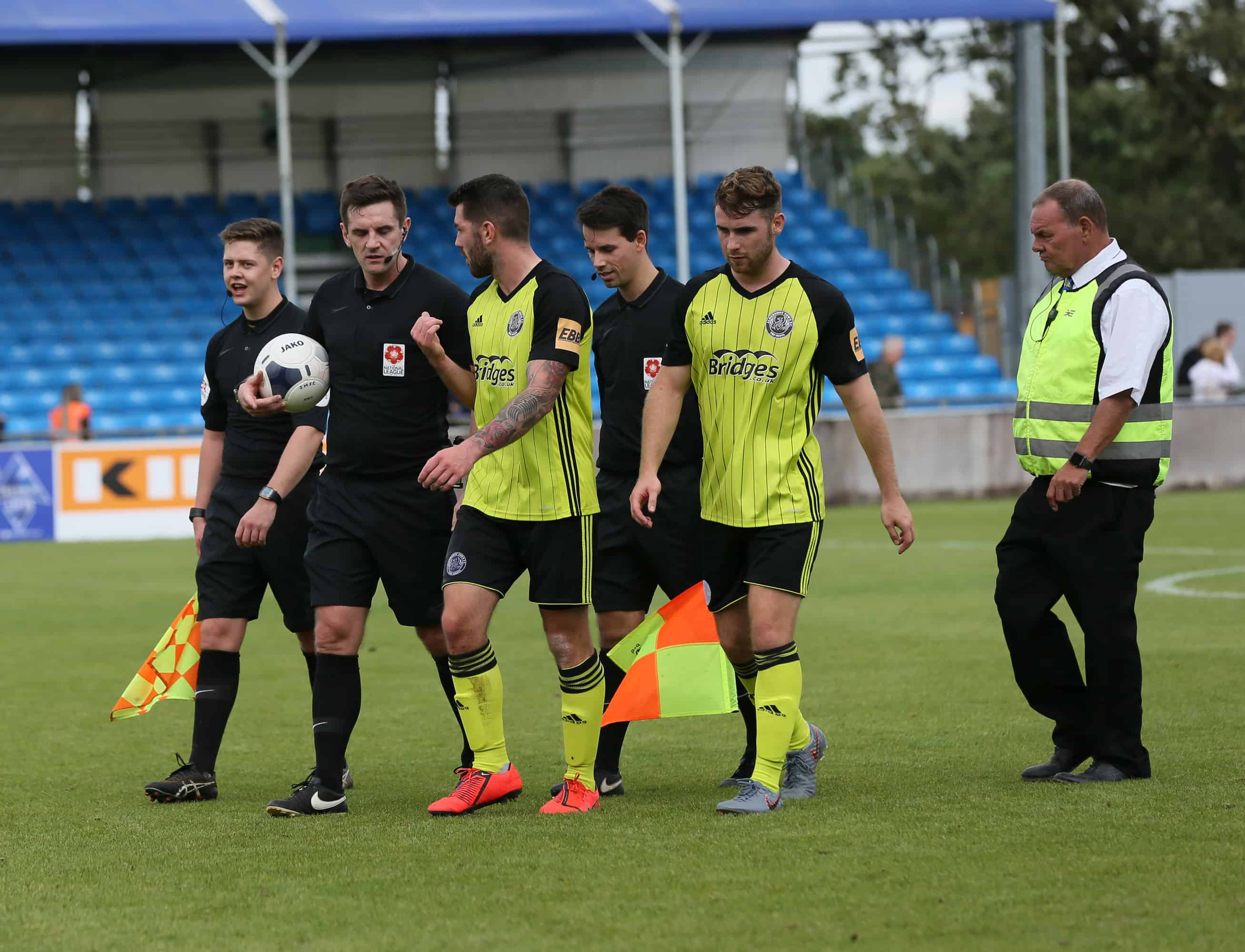 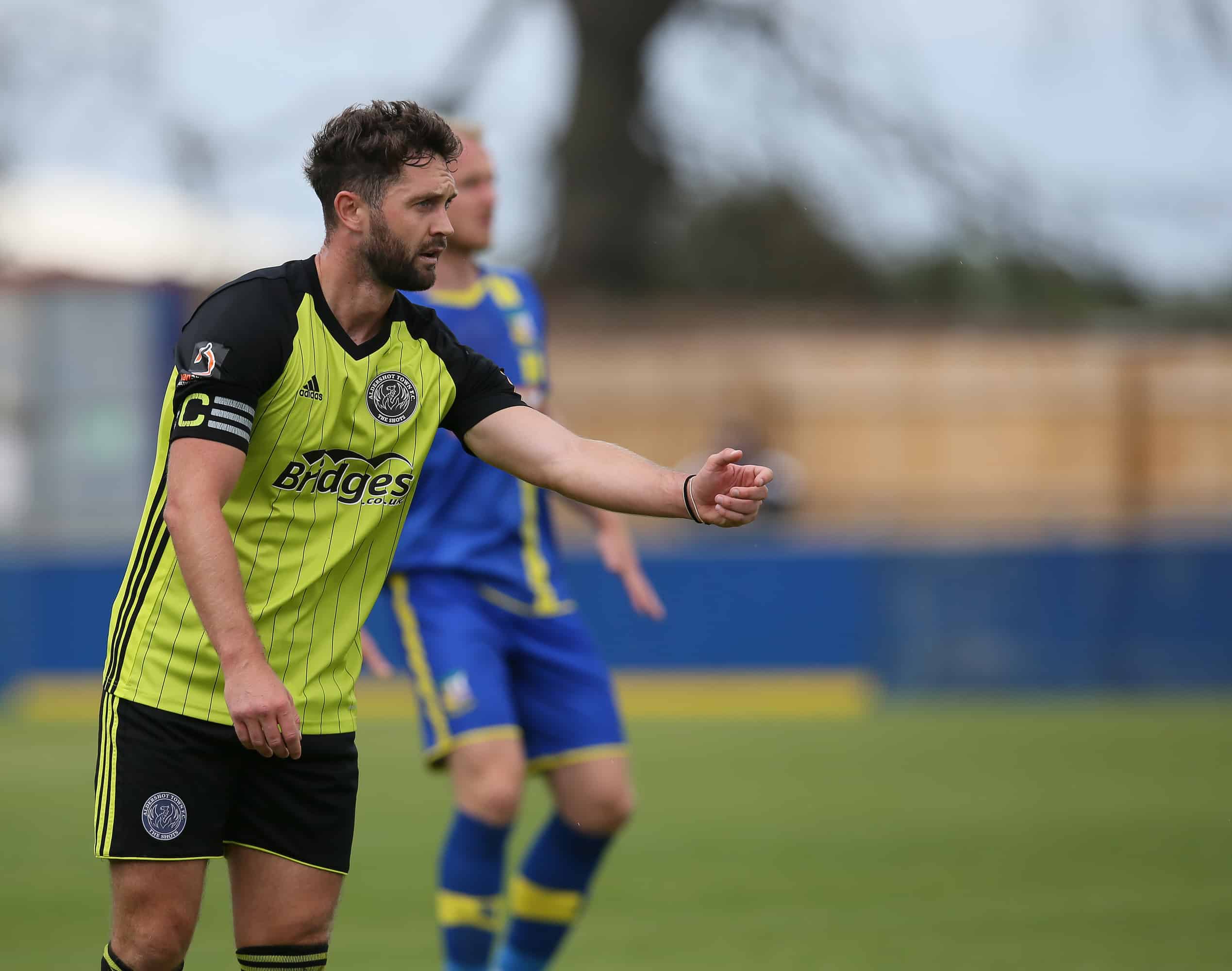 The final game of our 8-game streaming package com...

IN WITH A SHOT: One-Year Anniversary Thank You!

In With A Shot (sponsored by Oasis Electrical) has...

NEW DEAL: Jermaine Anderson has signed a new deal until the end of the season!

After an initial short-term deal, Aldershot Town a...