Kundai Benyu’s classy double earned a fourth successive victory for The Shots as the 2017 Tour of Duty once again saw Mission Accomplished – and in some style!

The opening stages were cagey and largely free of chances but Shamir Fenelon should have directed his seventh-minute diving header on target as he found himself unmarked from Bernard Mensah’s left-wing cross. Fenelon then had another effort saved, after good work from Rendell and Benyu, on 10 minutes, and steadily the visitors asserted their quality.

Still, though, Andy Brown guided a free header just wide across goal, before Gallagher’s own header – from Arnold’s cross – was well saved by goalkeeper Lewis.

The lead came on 28 minutes, as Straker advanced down the left and cut inside towards the box. His lay-off to Benyu was perfect for the midfielder to aim a low 22 yard drive inside the left-hand post, and the Tour of Duty had lift off.

Soon, Benyu’s rising shot was superbly tipped over the crossbar and Aldershot Town ended the half in dominant mood, as Fenelon, Arnold and Rendell could all have added a second goal.

That pattern seemed to continue after the break, as Rendell shot wide, but Jake Cole had to preserve the lead with a strong block in the six yard box as Daly won a powerful downward header from a corner.

Immediately The Shots countered and sealed victory with another fine finish from Benyu, who strode into the box and fired the ball past Lewis at his near-post.

One goalmouth scramble saw half-chances for Kellermann, Mensah and Benyu all repelled, before Fenelon’s tap-in was ruled out for offside.

Substitutes Oyeleke and McClure nearly scored with their first touches, as two long-range efforts missed the target by inches, but Aldershot Town were in control long before the end.

A fourth win in a row, and fifth increasingly secure, made this Tour of Duty a particularly resounding success. The Shots are most definitely on their way. 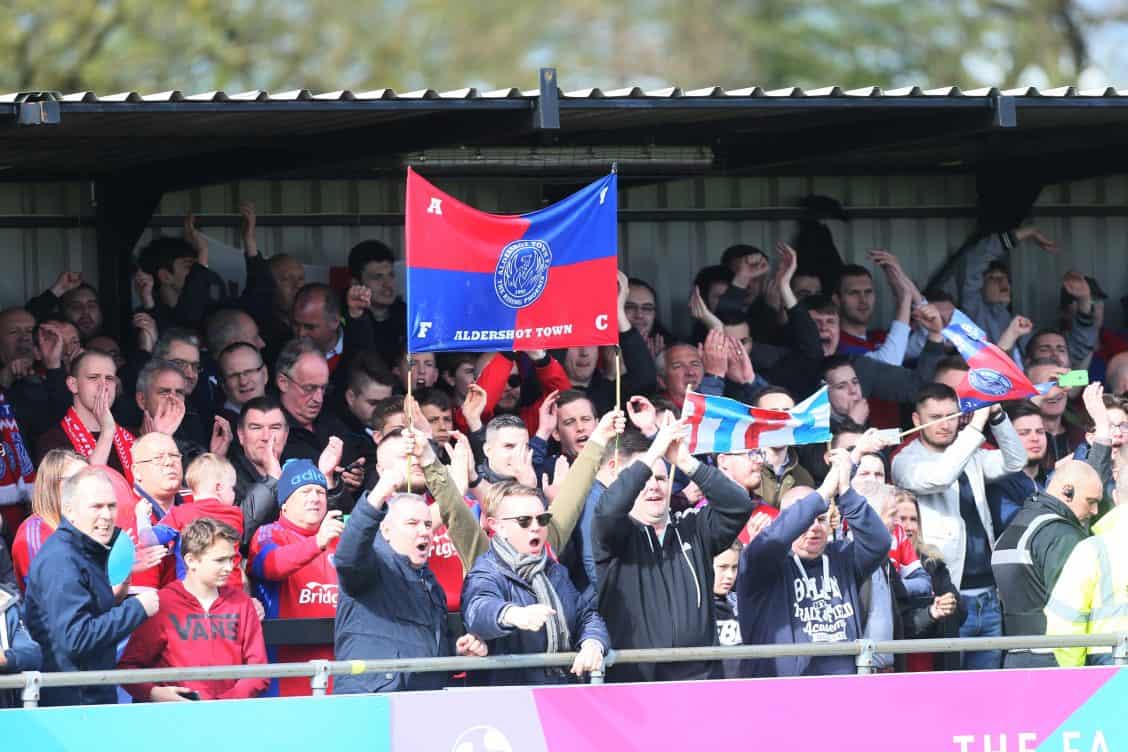 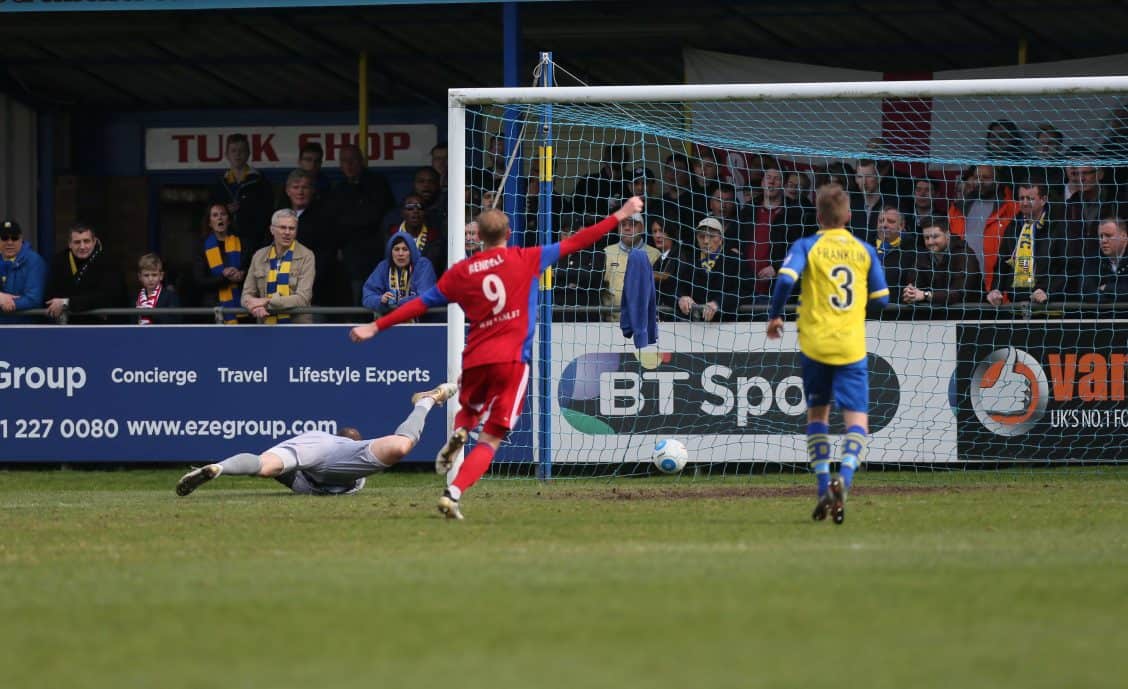 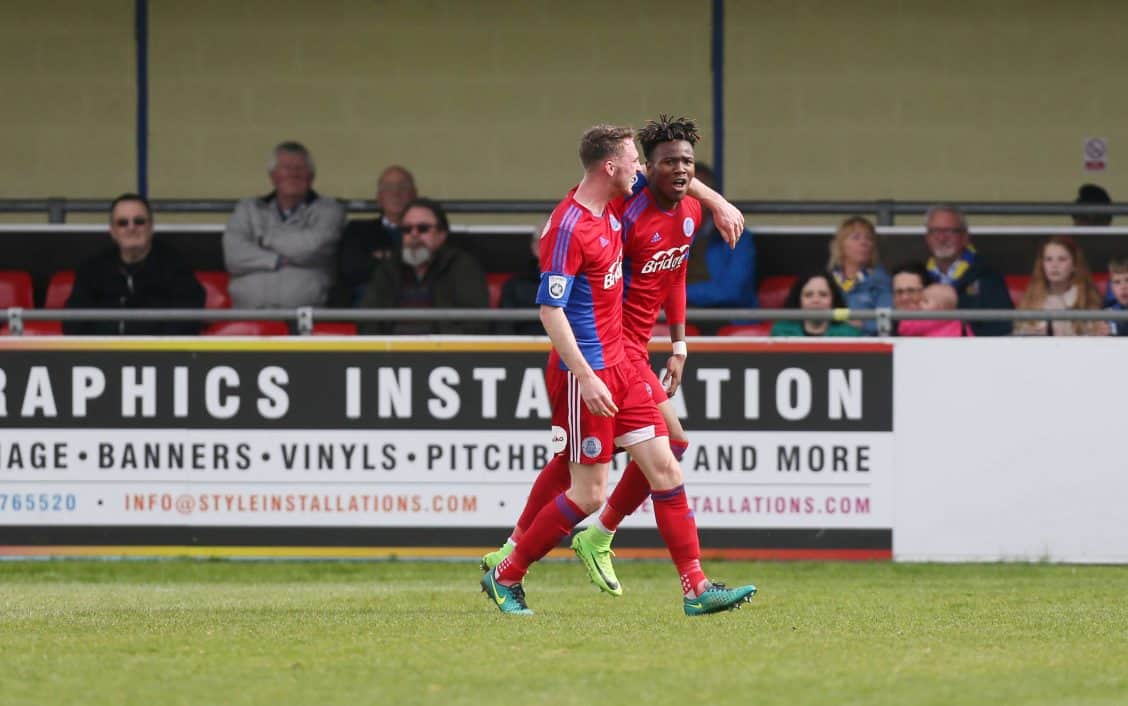 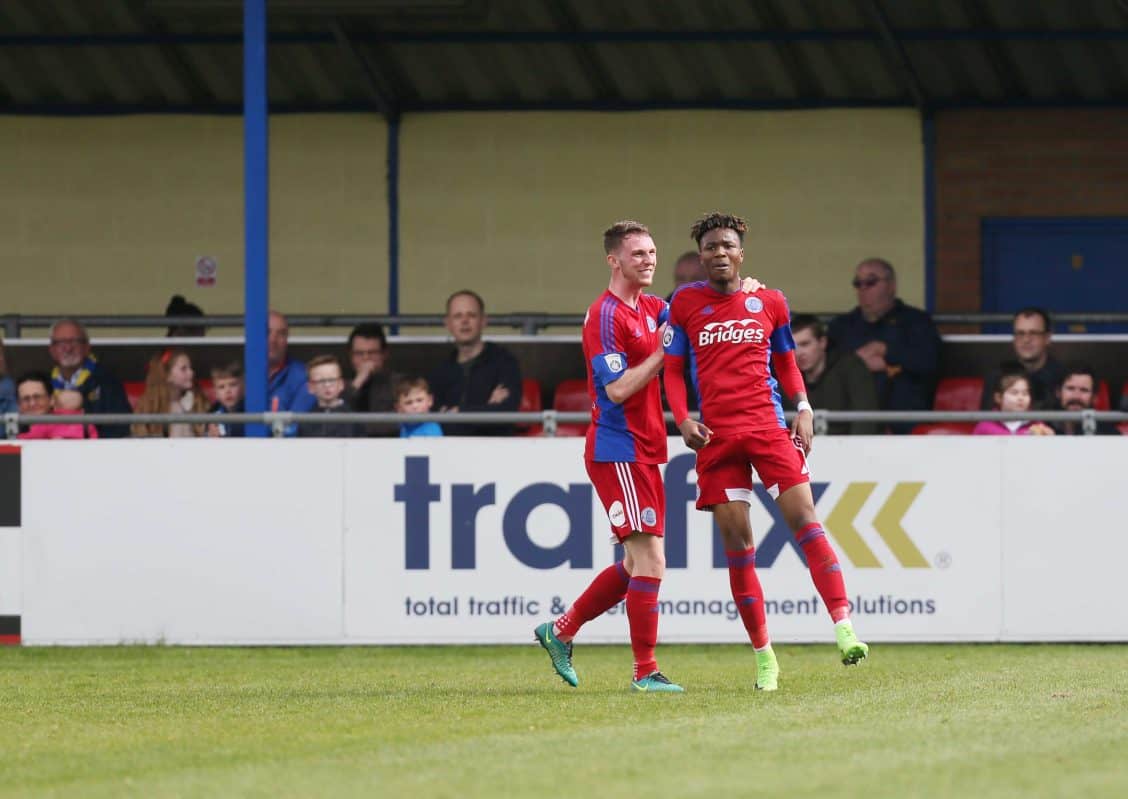