The game, against Sahara UK, was broadcast live on Nepalese television and, whilst The Shots won 8-1, it represented a historic and successful afternoon for both sides.

Aldershot Town Chairman, Shahid Azeem, said: “It was a great turnout, a great atmosphere, and the result was immaterial, really – the most important thing was to unite the community through football. The sport is so powerful throughout the world, it’s a global brand, and you could see how excited the Nepalese people were to be here, particularly the children.”

“My only aim was to bring the community together,” agreed Sahara captain, Nawal Gurung, who works as a Sports Therapist with Championship side Fulham and, as a teenager, had trials with Aston Villa and Tottenham Hotspur. “I loved every minute of the game, it was a privilege to play in. The Nepalese have been playing football for many years but nobody will know that unless we integrate into society. Football is massive in Nepal and everybody follows Premier League games on television. We can learn a lot from teams like Aldershot Town, they are hard-working and honest players.”

The Aldershot Town Youth Academy will now play a return match in Pokhara, Nepal, in late January 2015, as part of the 12 team international Aaha Gold Cup tournament. It was established in 2002 by Sahara Nepal, the Club which inspired UK resident Navin Gurung to found Sahara UK in 2008.

“It will be an exciting opportunity for the Academy,” continued Azeem, “and a valuable cultural exchange for them to see a fabulous country like Nepal. We are also making a bit of history, in being the first British professional football team to play there. 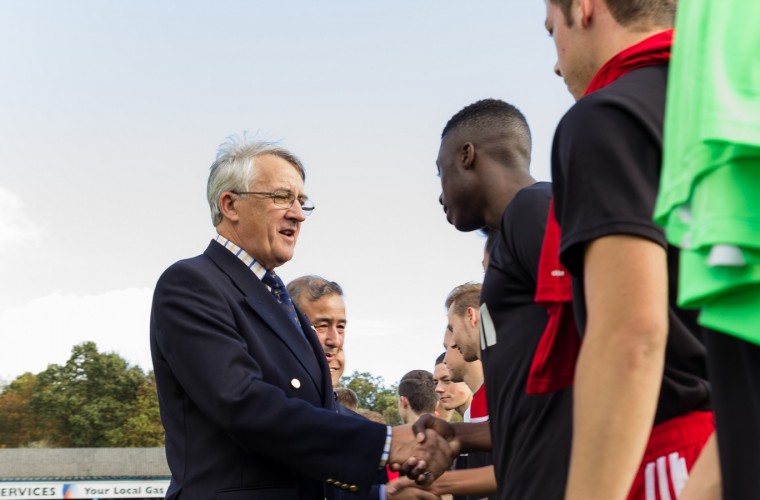 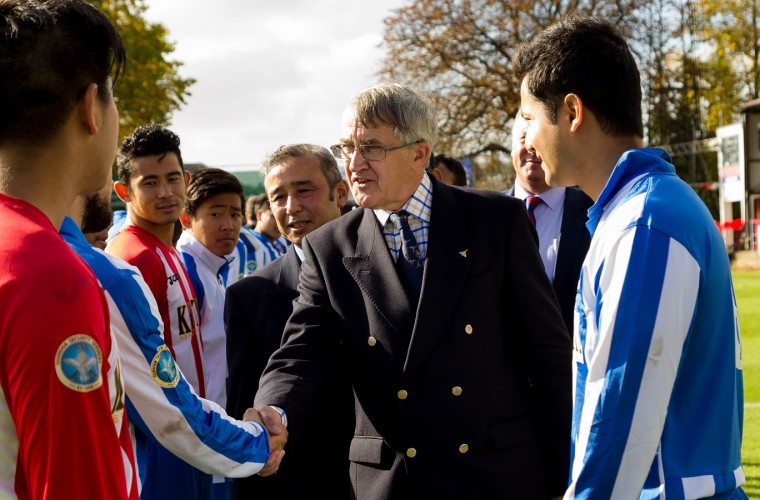 “There is a big Nepalese community in Aldershot and we want to reach out to their homeland. Aldershot Town wants to be a diverse and inclusive Football Club, whether it be our Nepalese residents, the Armed Forces or The Source homeless charity. We are the hub of the community and we want to bring everybody together.”