A clinical Shrewsbury Town performance took them through to the second round of the FA Cup.

Fabien Robert and Shamir Fenelon returned to the starting line-up, and Mark Smith retained his place in goal with 17 year-old Luke Skinner named as a substitute.

Bernard Mensah headed wide on eight minutes but it was a header at the other end which marked the best opportunity of the opening stages as three former Shots players all combined. Omar Beckles directed a header down the line, Alex Rodman cut inside and clipped a cross towards Stefan Payne, whose flick brought a fine save from Smith.

Godfrey had two efforts from distance, and Robert had a 20-yard shot saved, but on 20 minutes the hosts were ahead. Shaun Whalley burst dow the right and his deep cross from near the byline was nodded in from beyond the far-post by Rodman.

Three minutes later it was two. Payne’s flick sent Rodman breaking into the box and the winger went down as he tried to dribble past the onrushing Smith, who had earlier got a strong hand as Payne tried to take the ball around him. Whalley drove his penalty down the middle and The Shrews had a vital cushion.

Robert had two opportunities late in the half, swinging an instant shot just wide and then seeing his drive blocked, and The Shots went into the break with a glimmer of hope.

Mensah’s shot wide, sliced behind from a good position, was the first chance of the second-half but The Shrews soon reasserted their dominance. Whalley’s shot was blocked, and Nsiala’s header was scrambled over the crossbar, and on 62 minutes they extended their lead.

Morris intercepted in midfield and found Whalley bursting down the right and into the penalty area. Drawing Smith off his line, the square pass was tapped in by Payne.

Shrewsbury again added another goal in quick succession, as four minutes later Rodman pounced on a loose ball down the left and supplied a low pull-back which was swept into the far top corner by substitute Arthur Gnahoua.

The scoring was completed on 68 minutes, when Whalley’s pass through the middle of the defence allowed another substitute, Carlton Morris, to shoot into the roof of the net with his first touch.

Jake Gallagher’s shot was well blocked by a diving defender in the closing stages but Shrewsbury Town eased into round two. 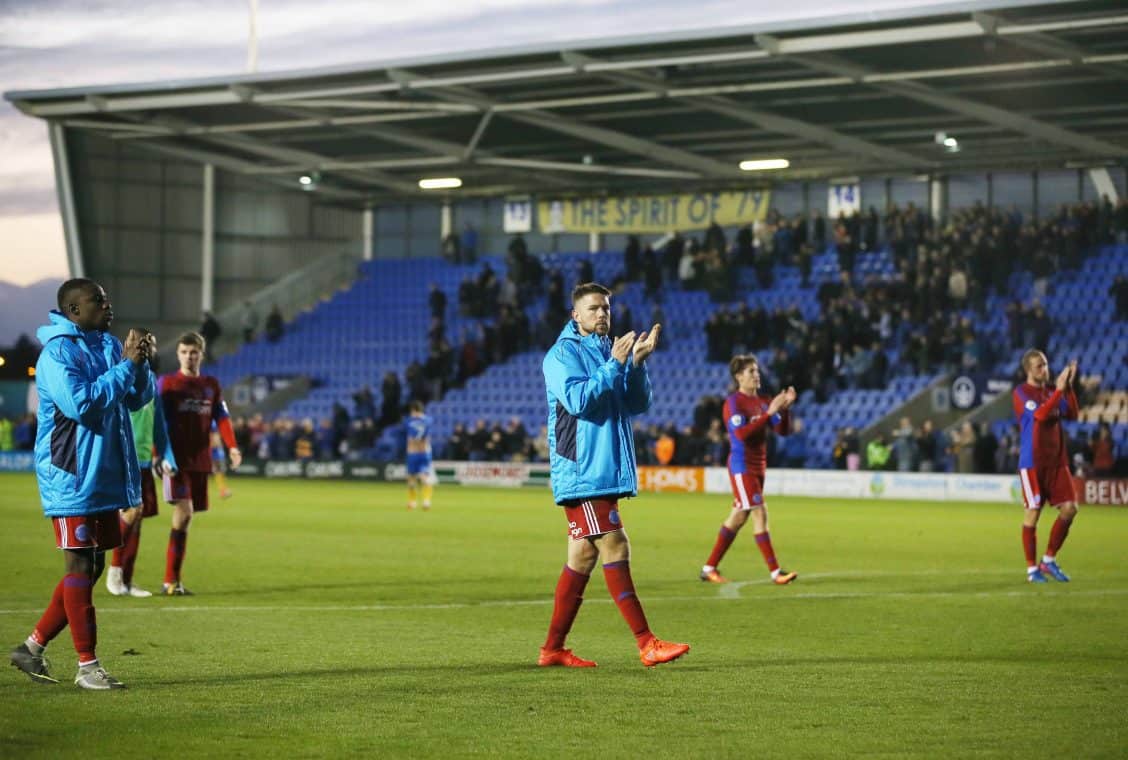 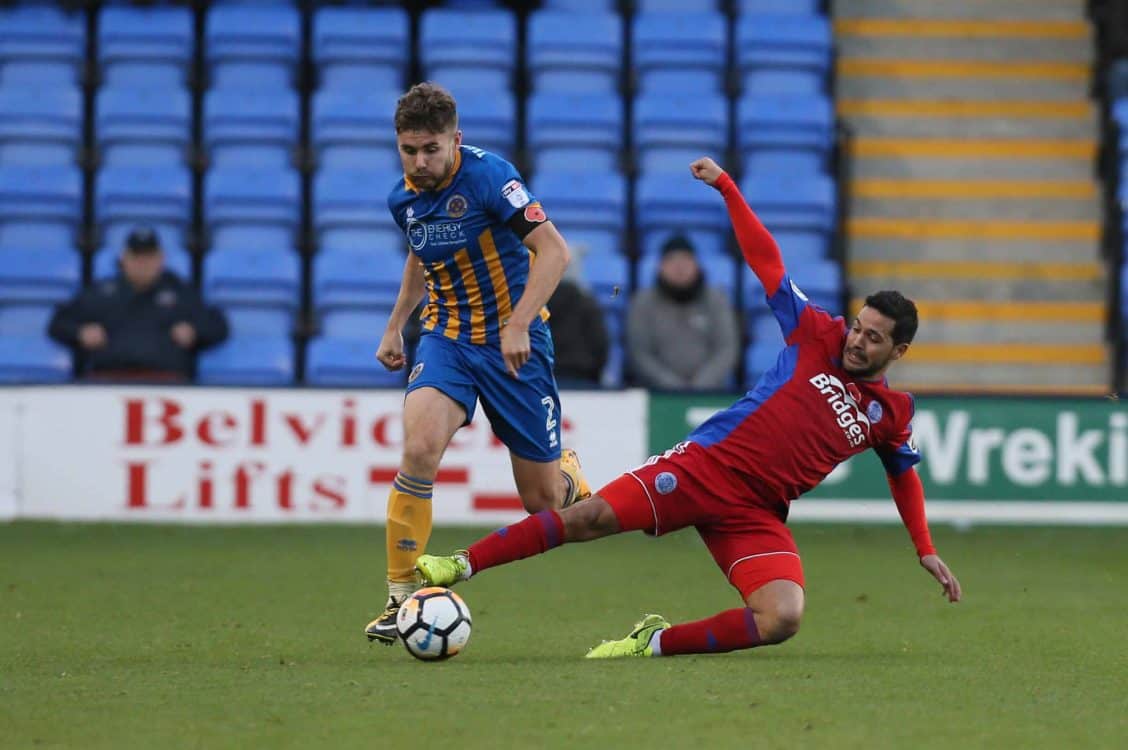 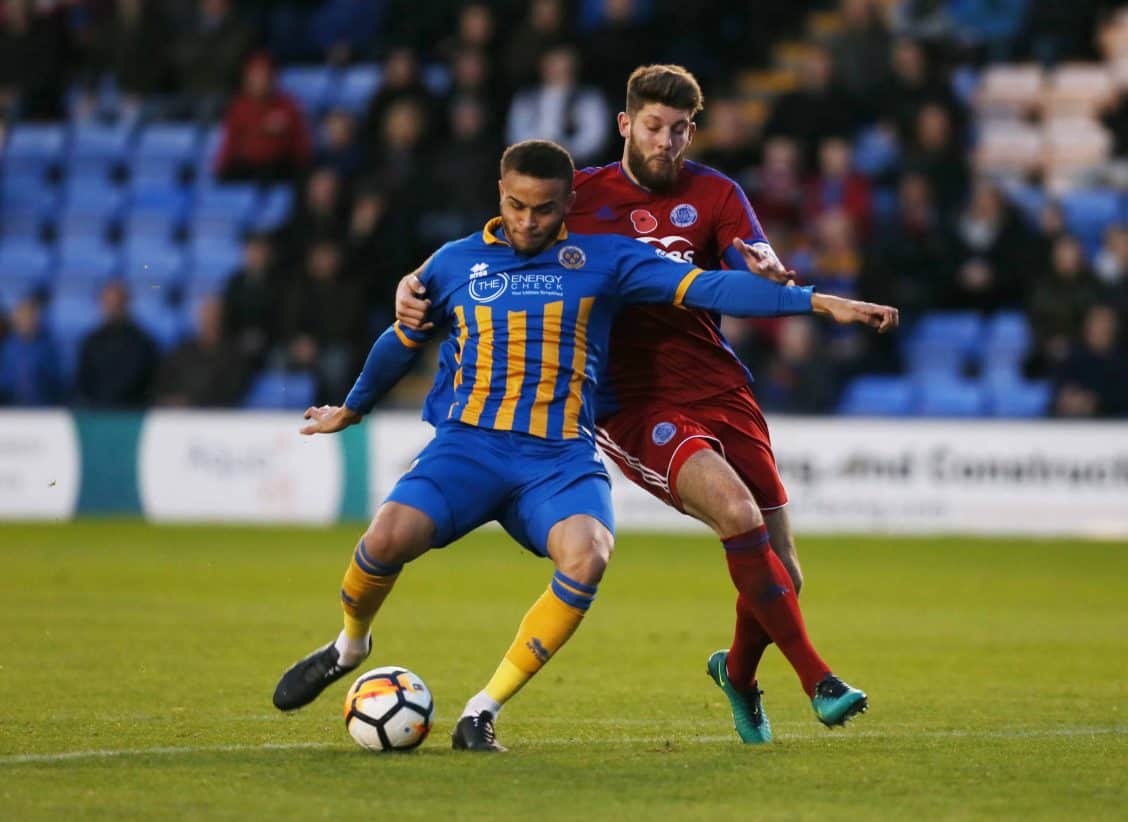 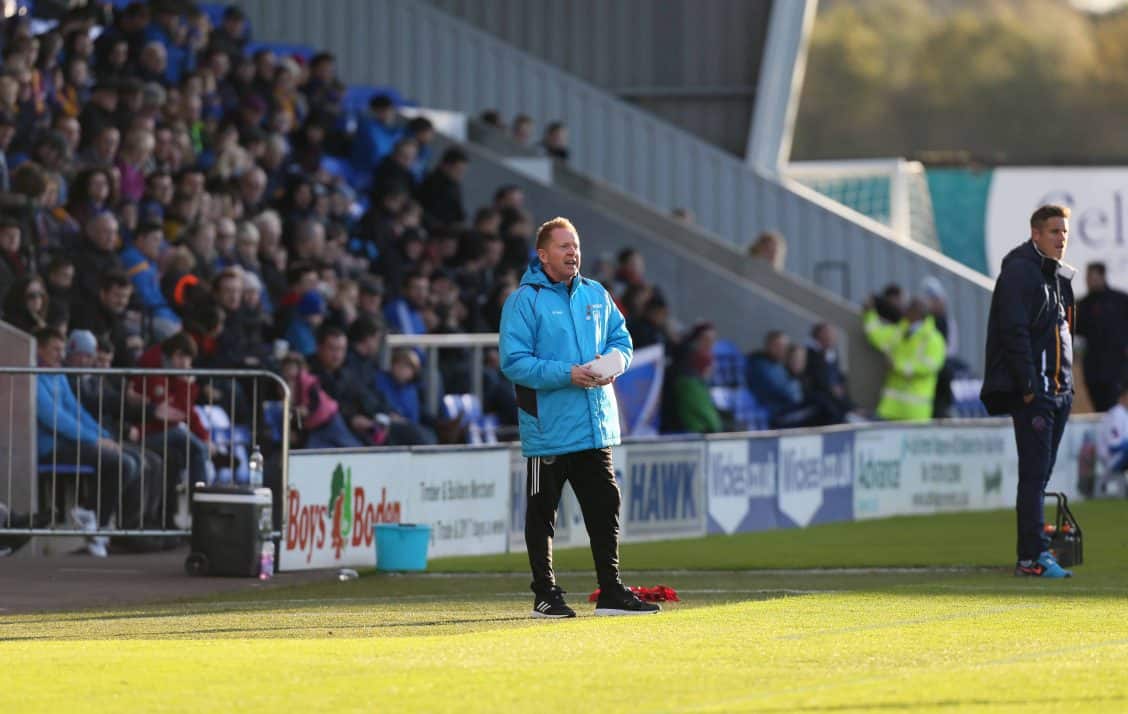 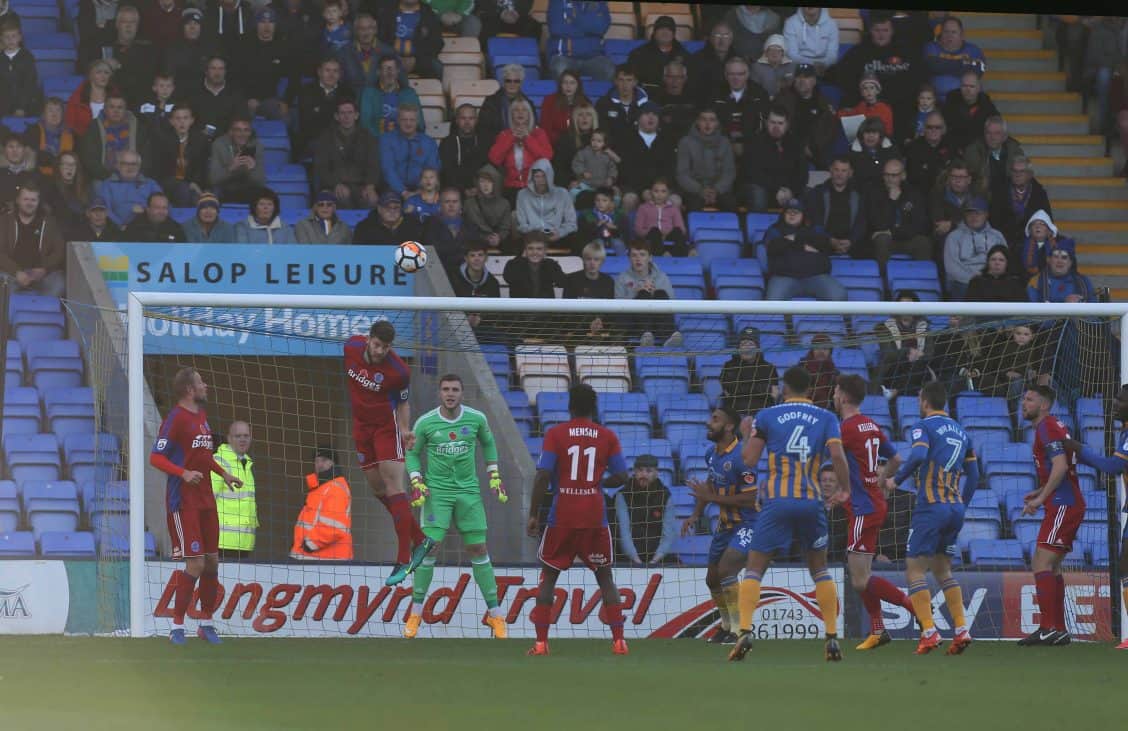 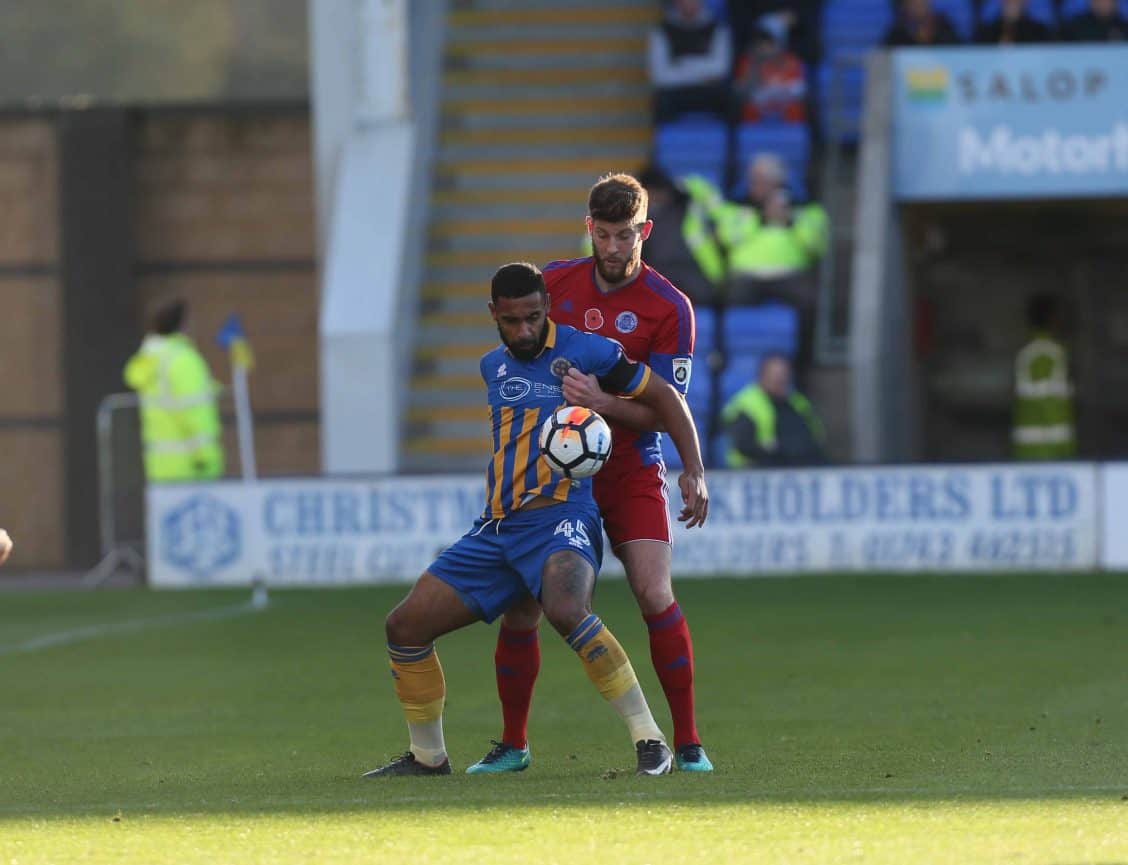 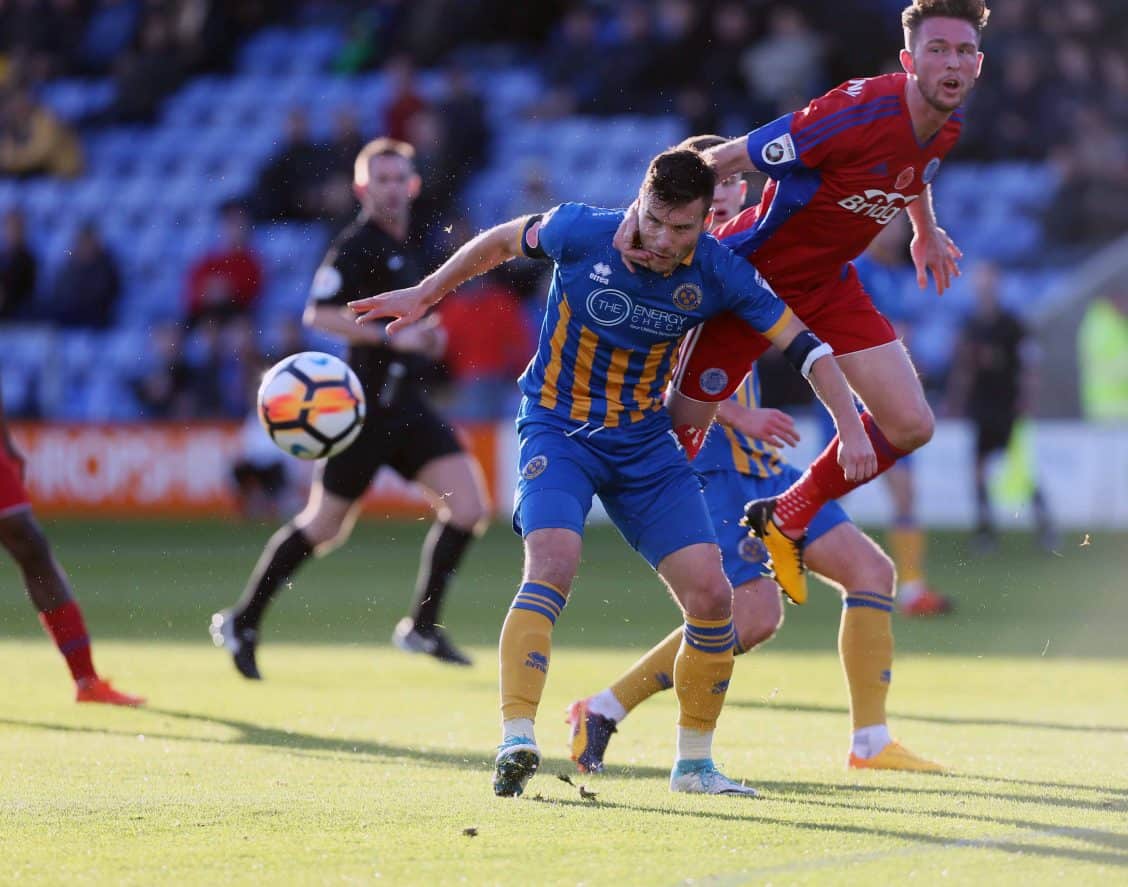 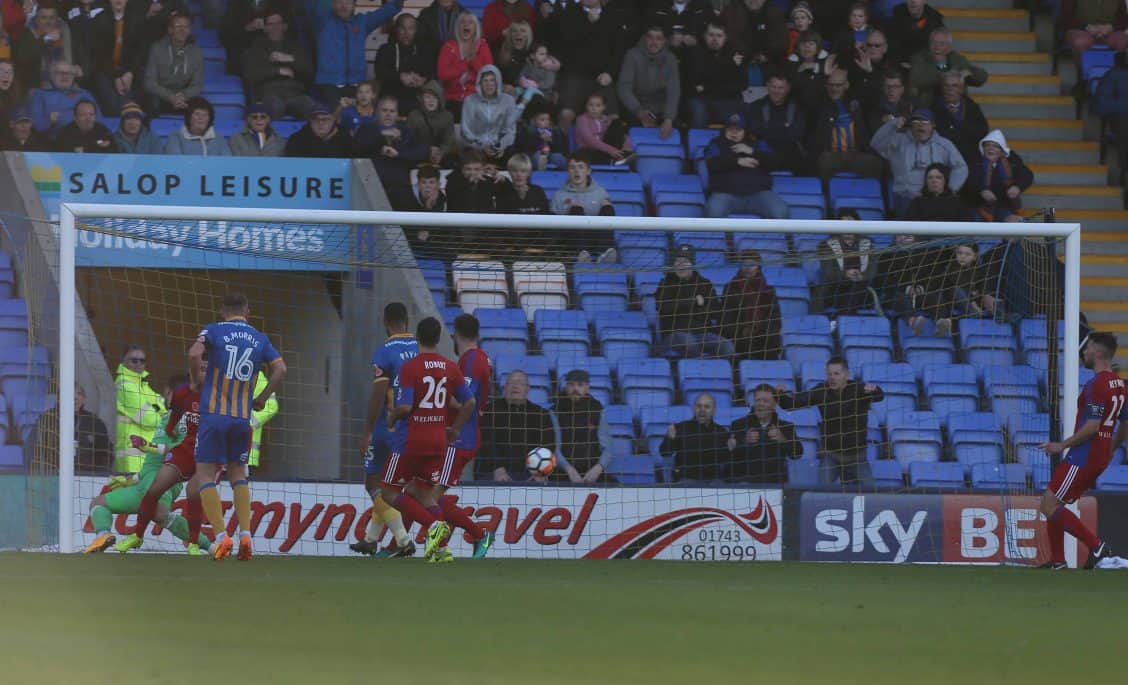 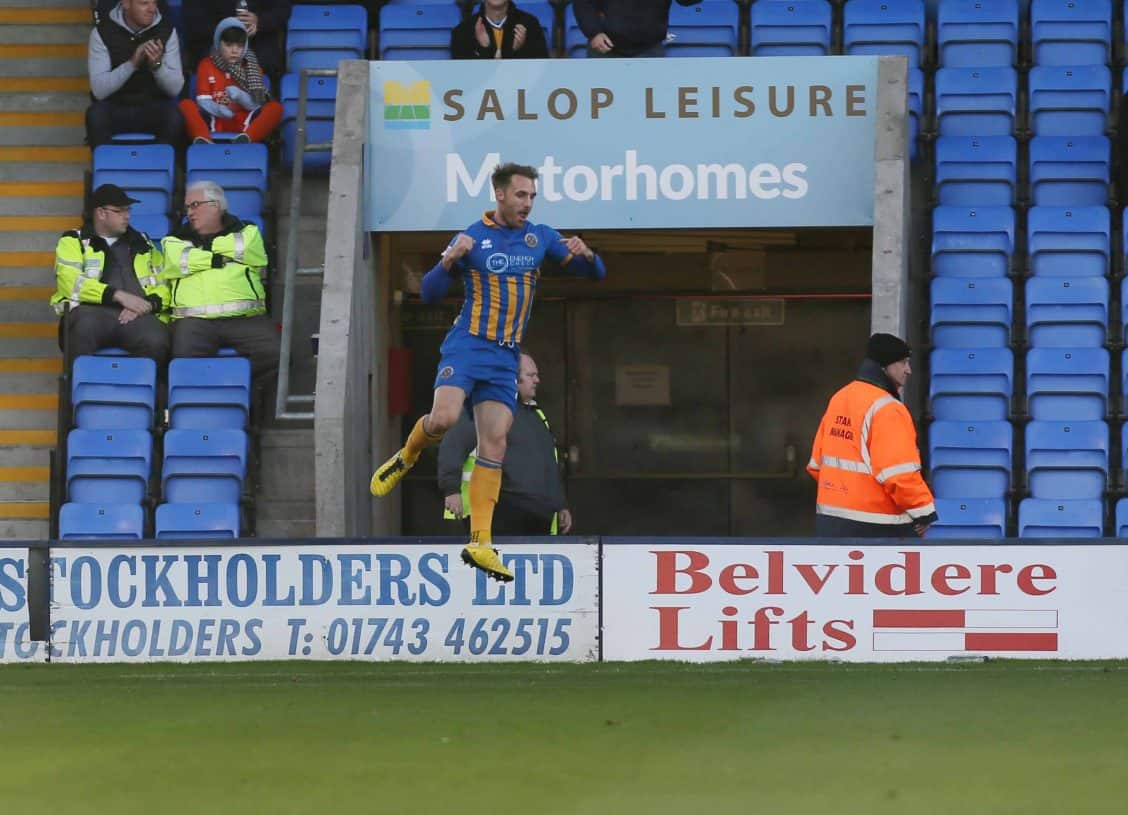 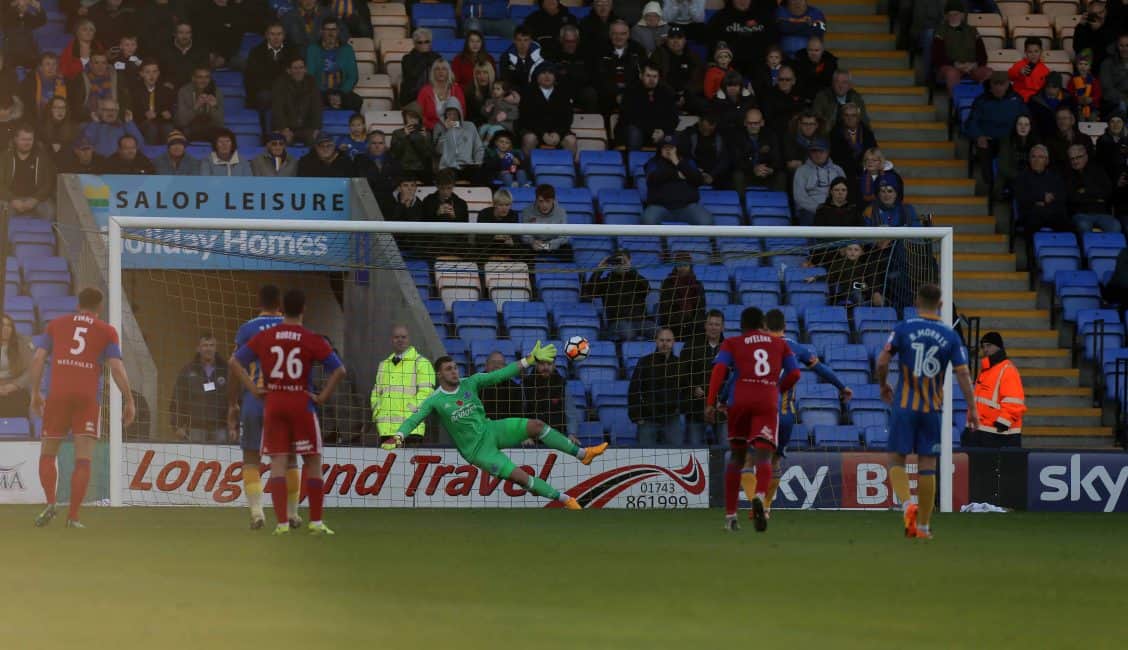 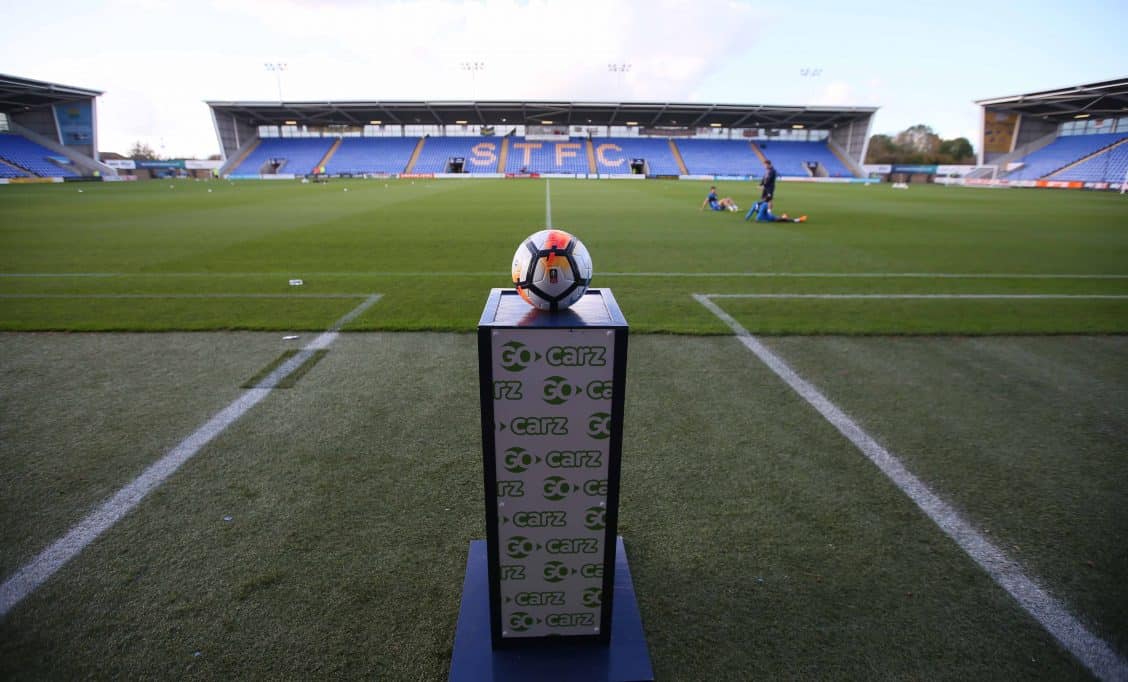 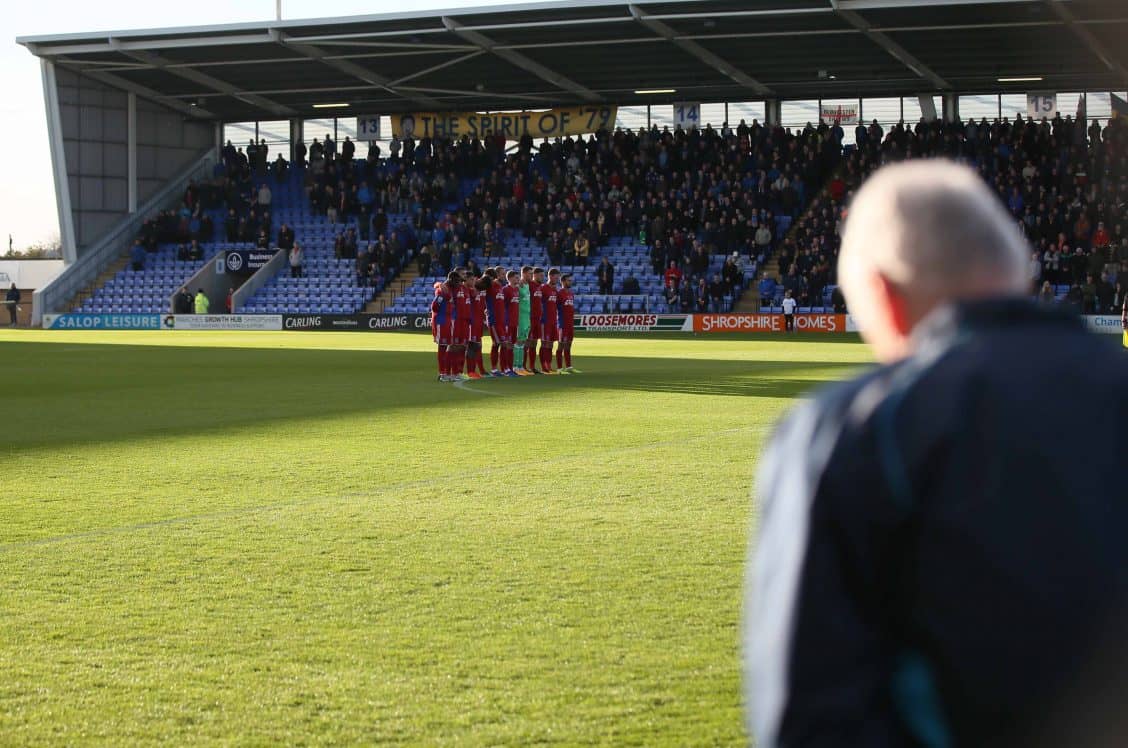 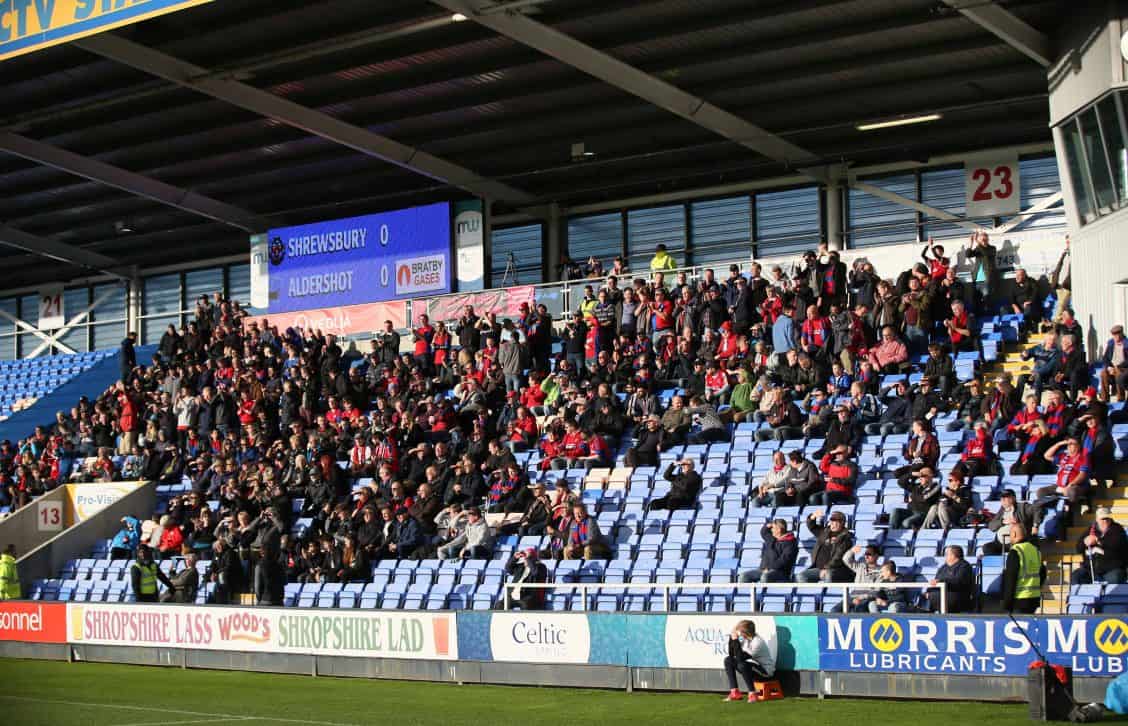 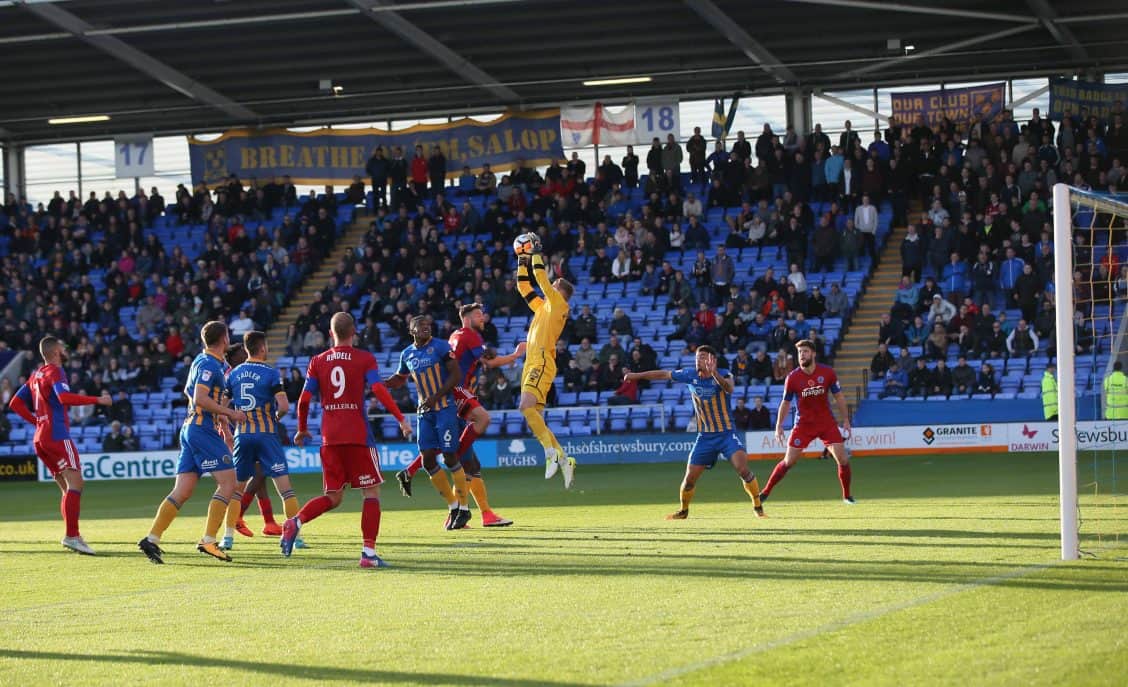