Aldershot Town’s Under 18 squad eased into the quarter-finals of the Hampshire Midweek Floodlit Cup with a superb 7-1 victory against Basingstoke Town.

Patrick Ryan’s side had nearly conceded in the first 20 seconds – from a shot which was well blocked, followed by Luke Skinner’s save from the resulting corner – but they were soon in control of the second round tie.

On nine minutes, George Root’s low cross into the six-yard box, after a superb strong run down the right, was tapped in by the onrushing Brian Galach. Root volleyed in himself on 13 minutes, firing in from eight yards after Luca Wrightman exchanged passes with Montel Brown on the right flank.

Root and Ben Holder had shots saved before the hosts added a third in the 20th minute. Root won the ball high up the pitch and, having shaped to shoot, instead back-heeled the ball to Brown to curl in a 15-yard shot off the underside of the crossbar.

The Shots continued to create chances at will, and after a darting run from Galach three efforts within a matter of seconds all went close. A fourth goal came on 42 minutes, as Brown scored with another superb shot. Wrightman’s cross was partially headed clear and the winger pounced to lash a swerving drive into the roof of the net.

In first-half stoppage time, Root’s shot was spilled around the post, and from the corner Holder’s shot was deflected inches over, and Wrightman’s near-post shot was saved seconds after the restart.

Brown completed his hat-trick on 48 minutes, as Luc Holden slipped a pass into the box for him to skip inside a defender and finish well into the bottom corner.

He was denied a fourth on 69 minutes, taking the ball round the goalkeeper but seeing his shot cleared off the line, and Basingstoke pulled one back almost immediately, as Kian Hampshire tapped in at the far-post after substitute keeper Billy Clarke failed to hold a cross.

Yet The Shots’ fine finishing wasn’t over, and another substitute, Jesse Boateng, added a sixth on 77 minutes, firing a swerving 25 yard drive into the net after being invited to cut inside from the left.

The scoring was finally completed on 93 minutes, as Root snatched his second of the night in stretching to reach a deep cross and seeing his acutely-angled touch loop into the net off the far-post.

The Shots will face another local derby in the quarter-final, travelling to Camberley Town in January, but on this form look a strong candidate to reach a third consecutive final. 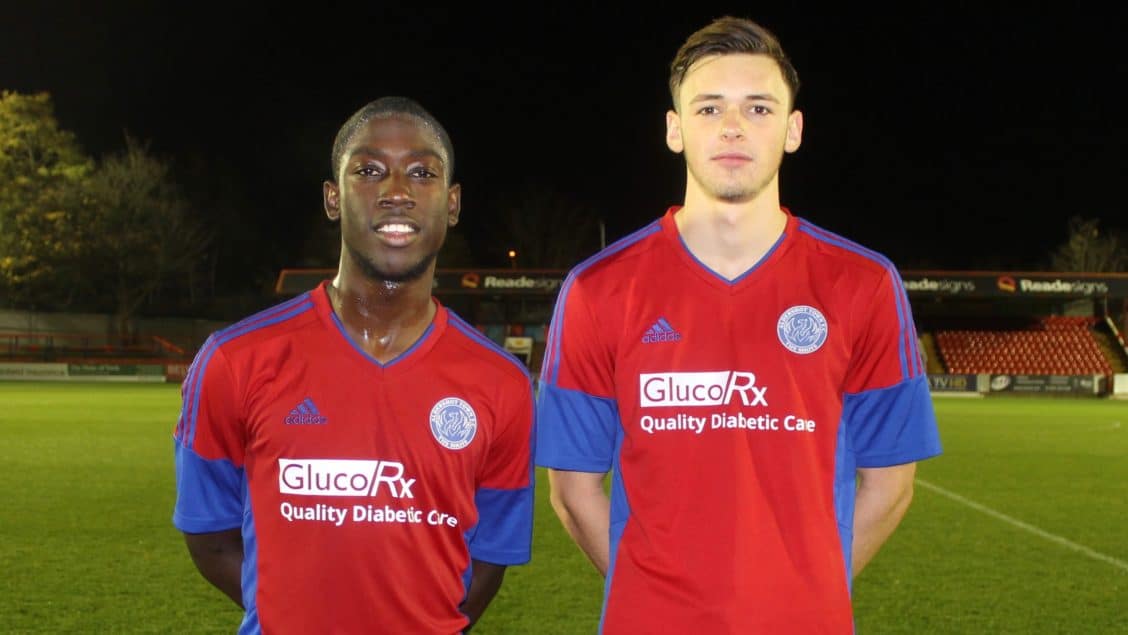