The goals came from Jim Kellermann, Shamir Fenelon, with his third in three games, Matt McClure, James Rowe and captain Callum Reynolds, who notched his first for The Shots.

An impressive first minute attempt from Matt McClure was a clear indication of what was to come in the next 45 minutes. Great communication between Will de Havilland, Cheye Alexander and Kellermann led to McClure, lurking on the edge of the box, seeing his effort deflected wide.

The first seven minutes saw three attempts on goal for The Shots, whilst Guiseley were forced to focus on a rearguard action.

Even though Bobby-Joe Taylor’s 14th minute header was ruled out for offside, The Shots found ample encouragement to continue to push forward, and their resilience paid off on 21 minutes. Fenelon had blocked John Rooney’s shot and Oyeleke’s excellent pass out of defence found McClure breaking forward to hit a curling drive into the back of the net, off the inside of the far-post from 20 yards out.

McClure’s header was soon saved on the line by Maxted, and but on 38 minutes it was 2-0. Rob Atkinson’s mid-judged slide into McClure down the left wing put The Shots in a great position: the free-kick was recycled and Fenelon’s quick cross through the goalmouth was volleyed back into the centre for Callum Reynolds to nod over the line.

Another two goals before half time put The Shots into a commanding 4-0 lead. The first came from Jim Kellermann after a deep cross from new signing Chris Arthur found Rowe, and his short pass to Kellermann was smashed straight into the net.

Aldershot Town’s fast-paced play released Taylor down the right, to skip past Lowe and aim a cross towards the near-post which, when Guiseley failed to clear, was fired in at close-range by Fenelon.

The first-half was an evident example of Aldershot’s superb quick-thinking passing and communication, and the second-half began with the hosts looking to add to their collection.

They did so when Rowe outran two defenders and, after the briefest of interceptions, the midfielder regained possession to add a fifth with a low drive from 22 yards.

The 55th minute saw Taylor close to securing a sixth, when he broke clear of the Guiseley defence and ran straight into the box. Soon checked by multiple defenders, 20-yard effort fell just wide of the right post.

Fortunately, the sixth goal did make an appearance nearly 20 minutes later when Man of the Match McClure headed in another fine cross from Arthur from three yards.

The East bank were soon demanding a seventh, but at the final whistle they were more than happy to settle for just the six, and The Shots’ biggest victory since December 2013.

With three wins out of three, a maximum nine points secured and a position at the top of the league, The Shots’ are becoming a difficult team to oppose; a stance that suited them well last season. 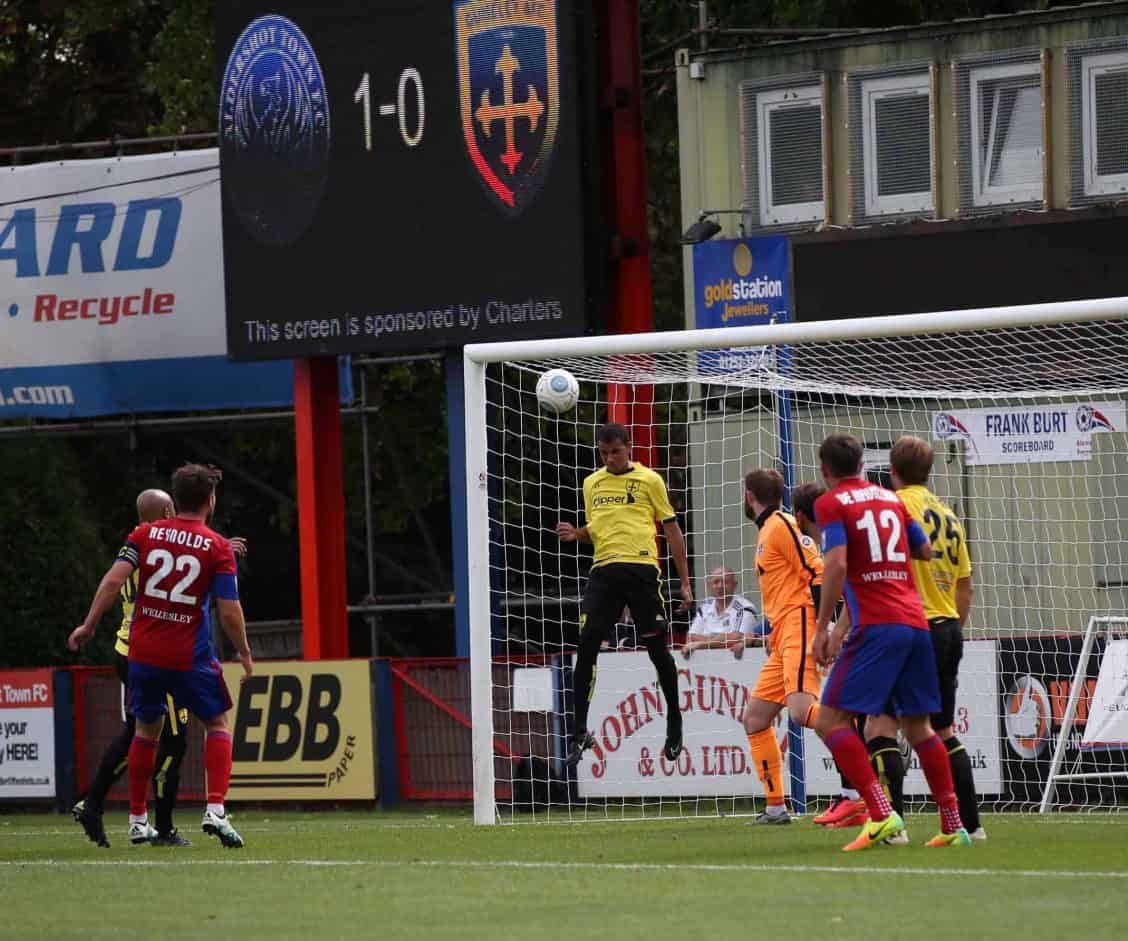 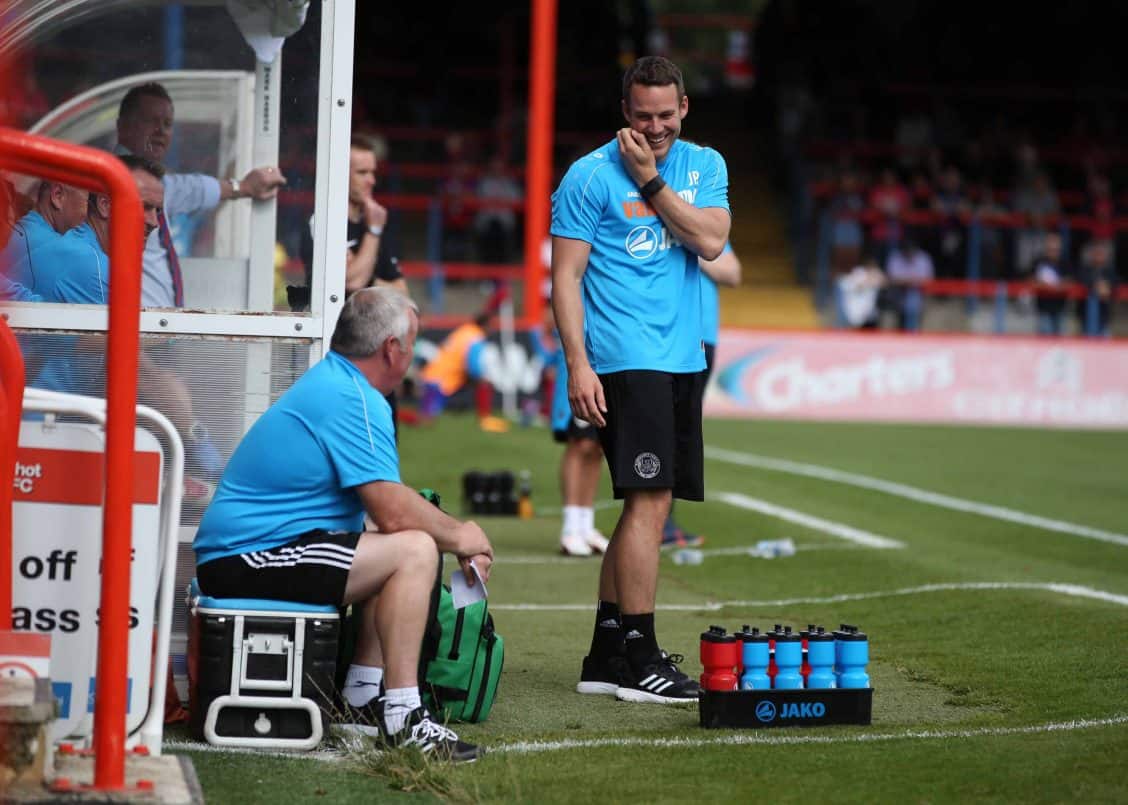 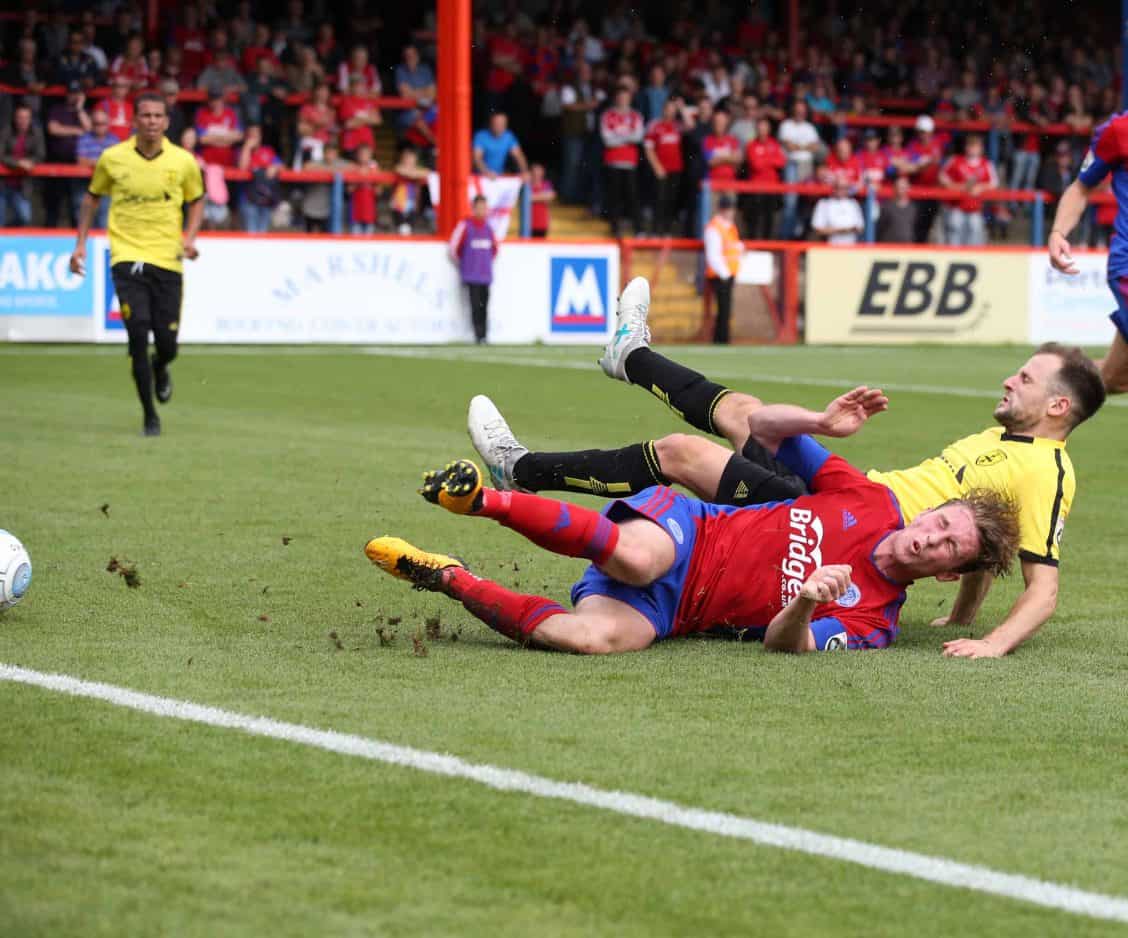 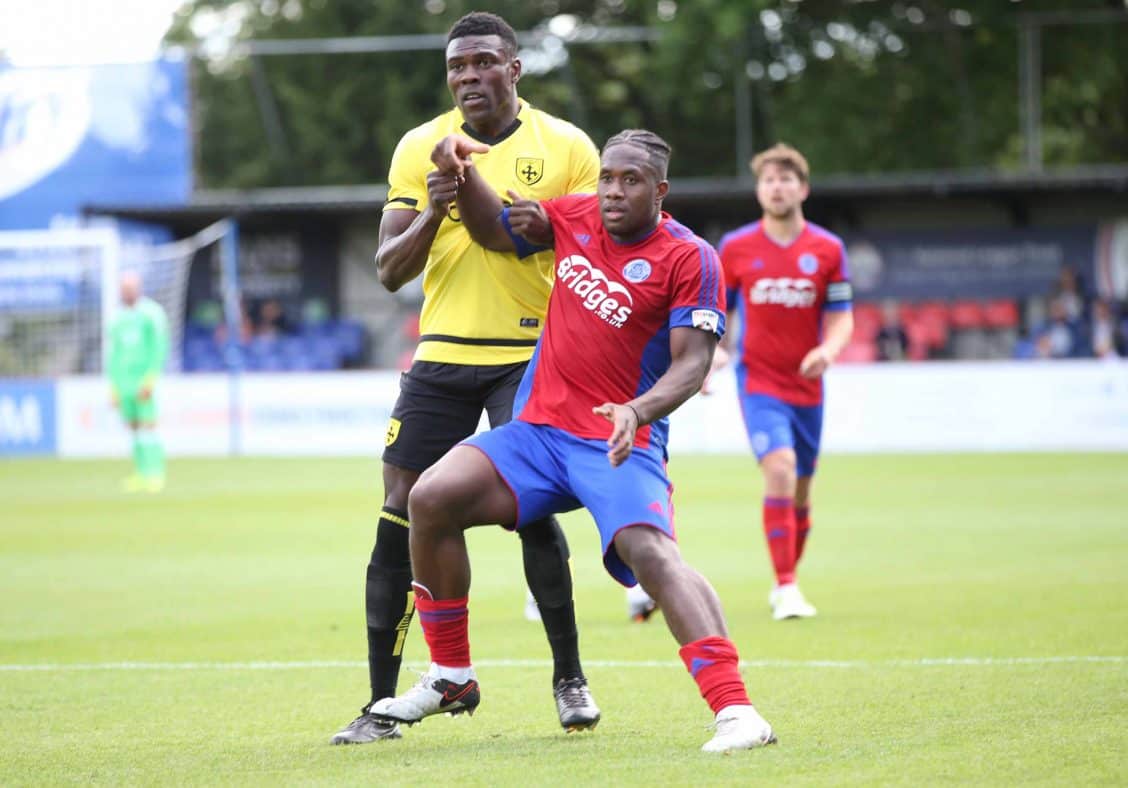 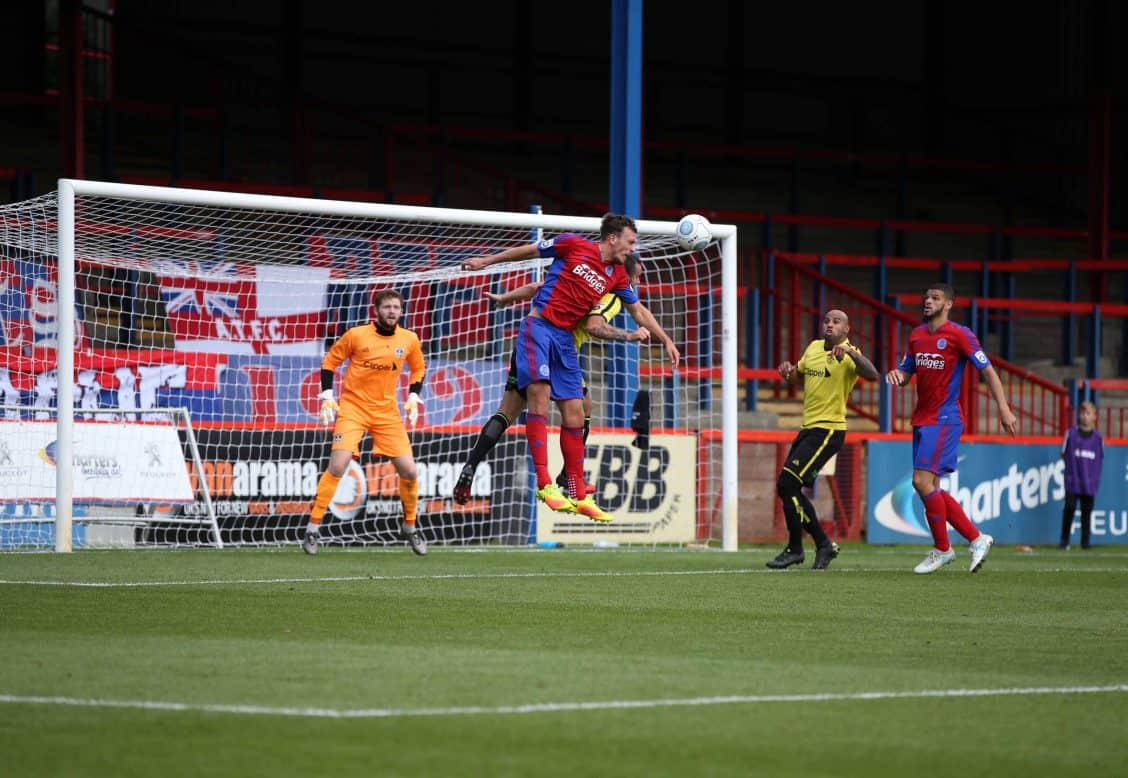 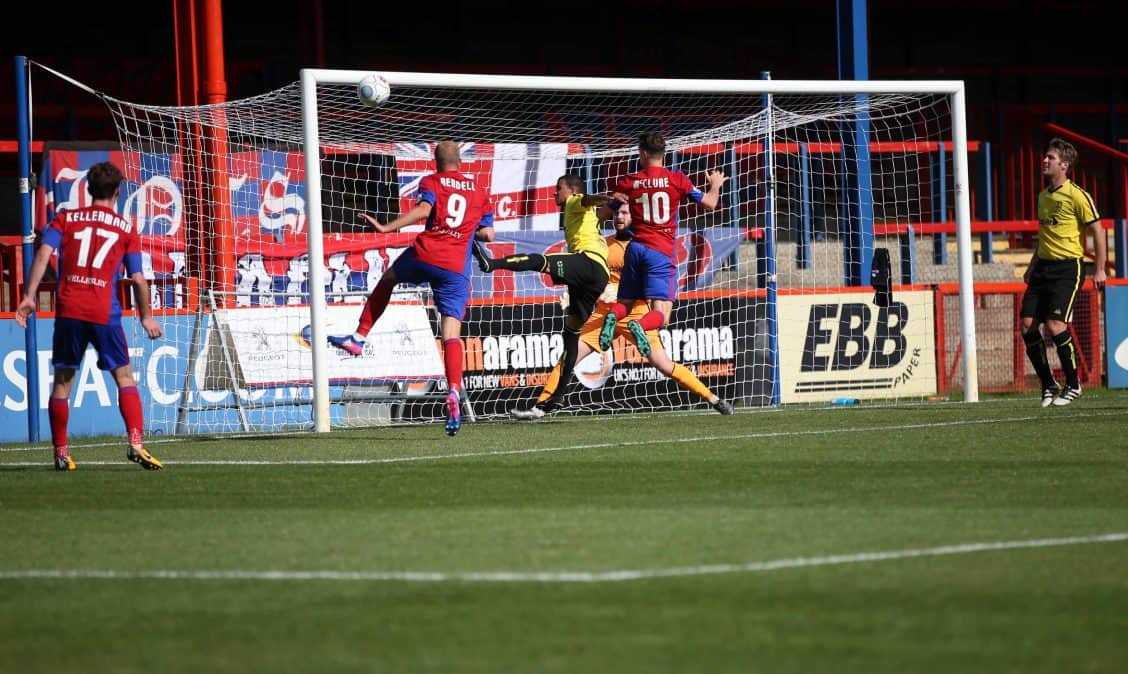 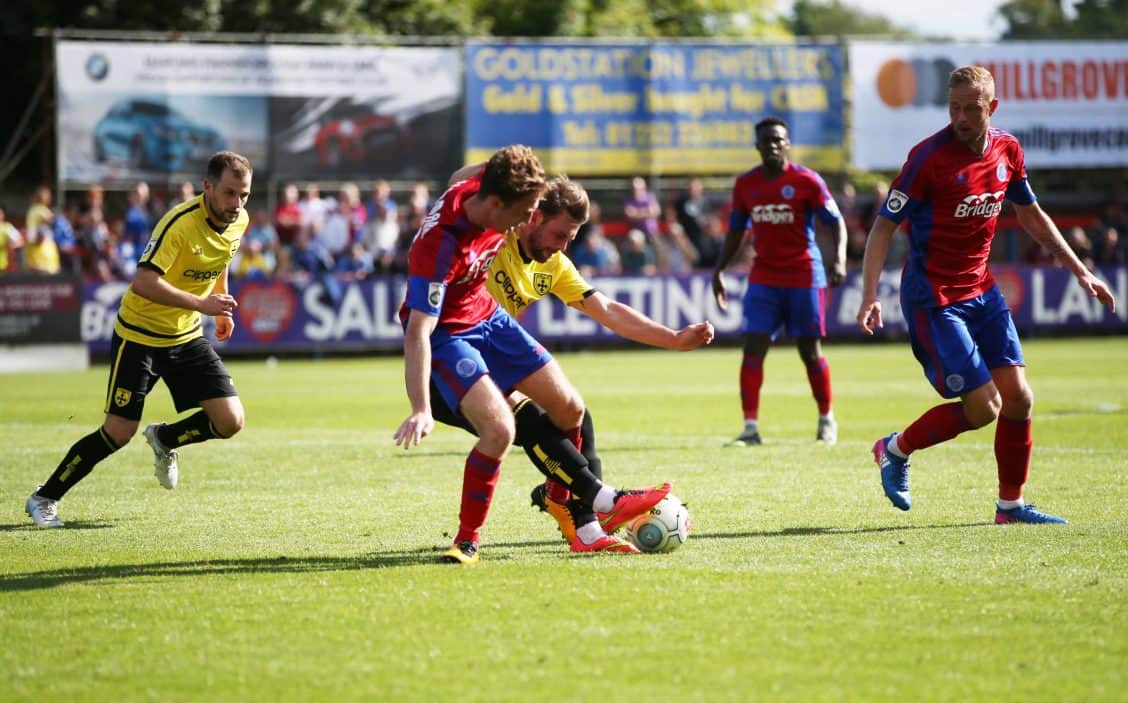 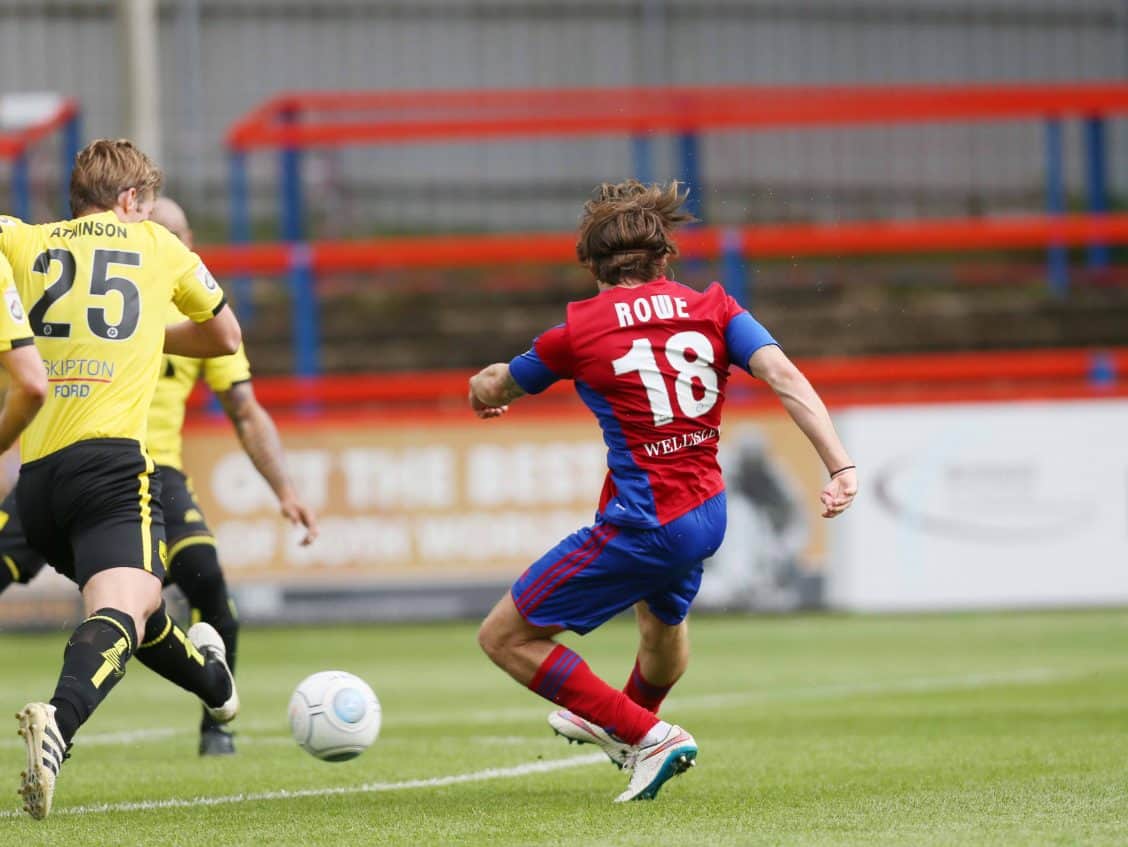 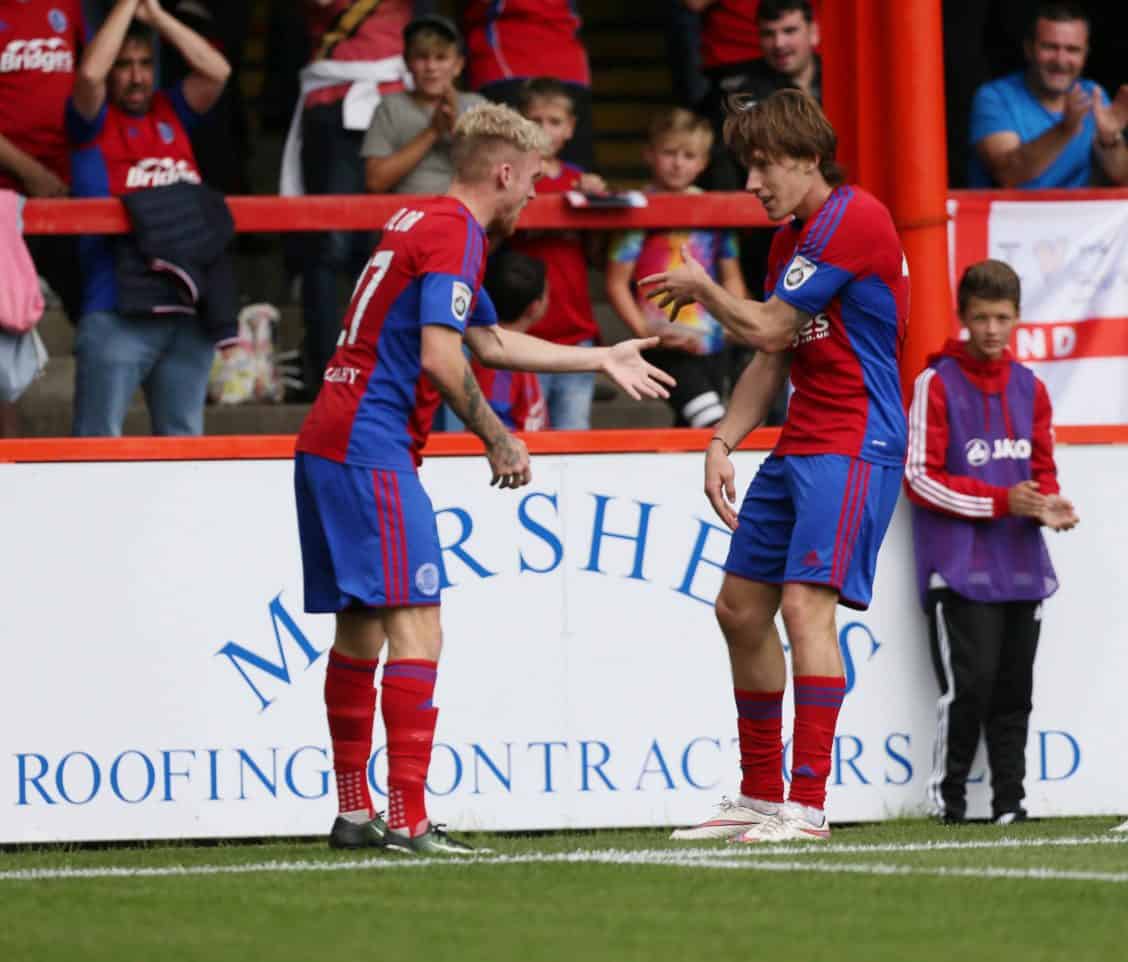 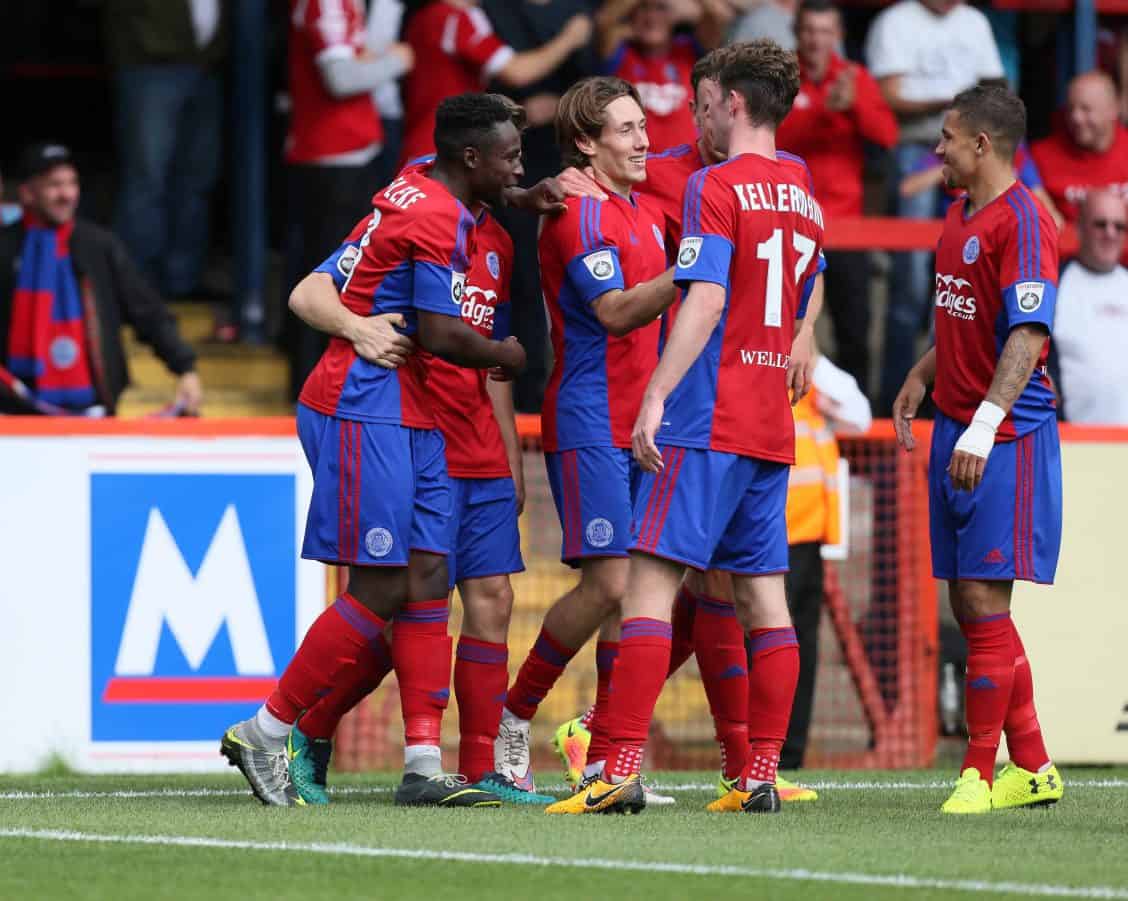 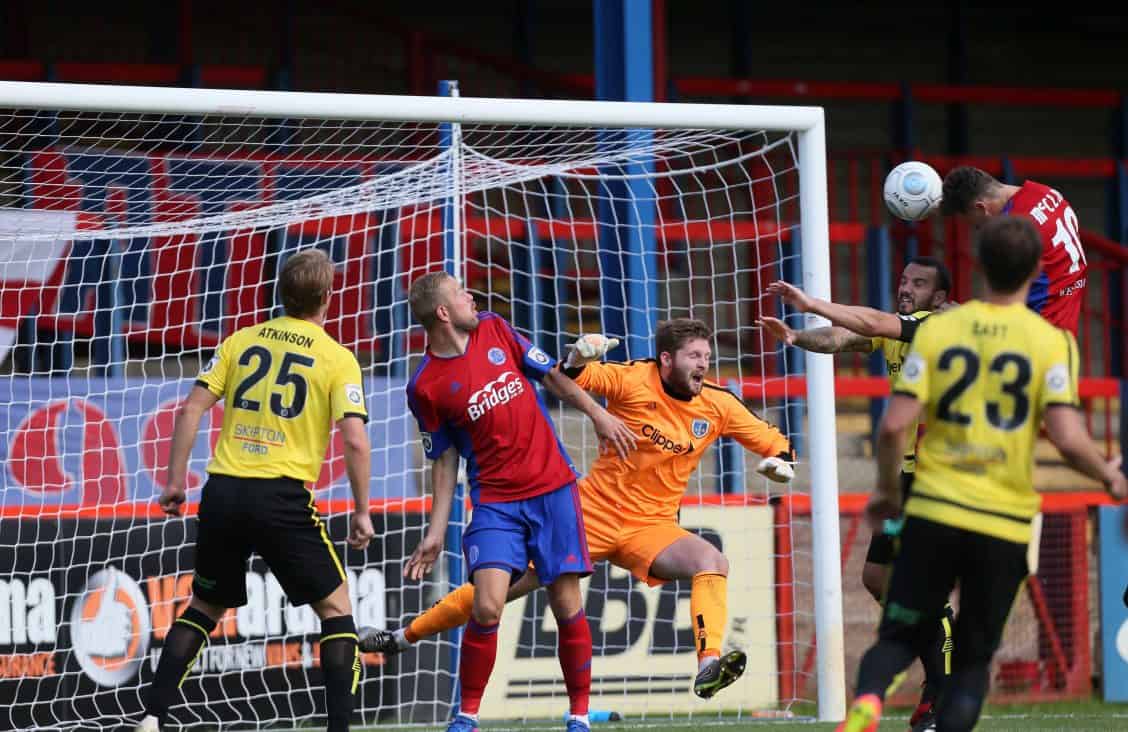 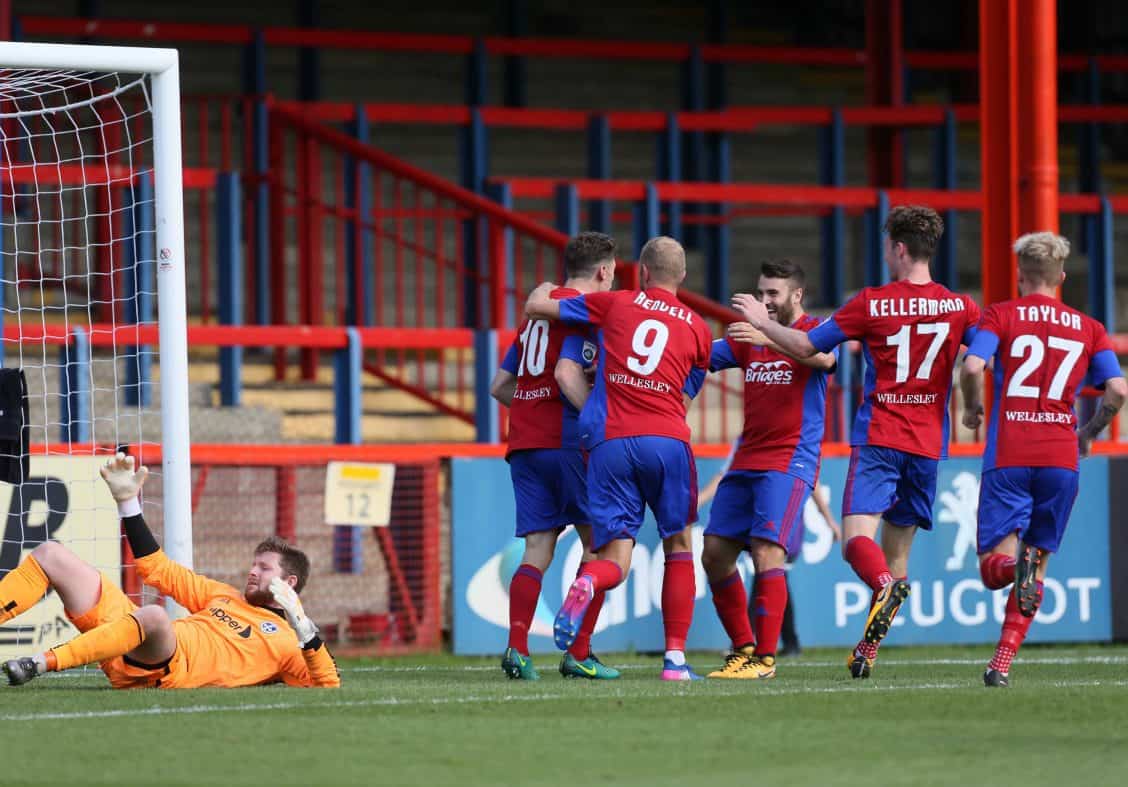 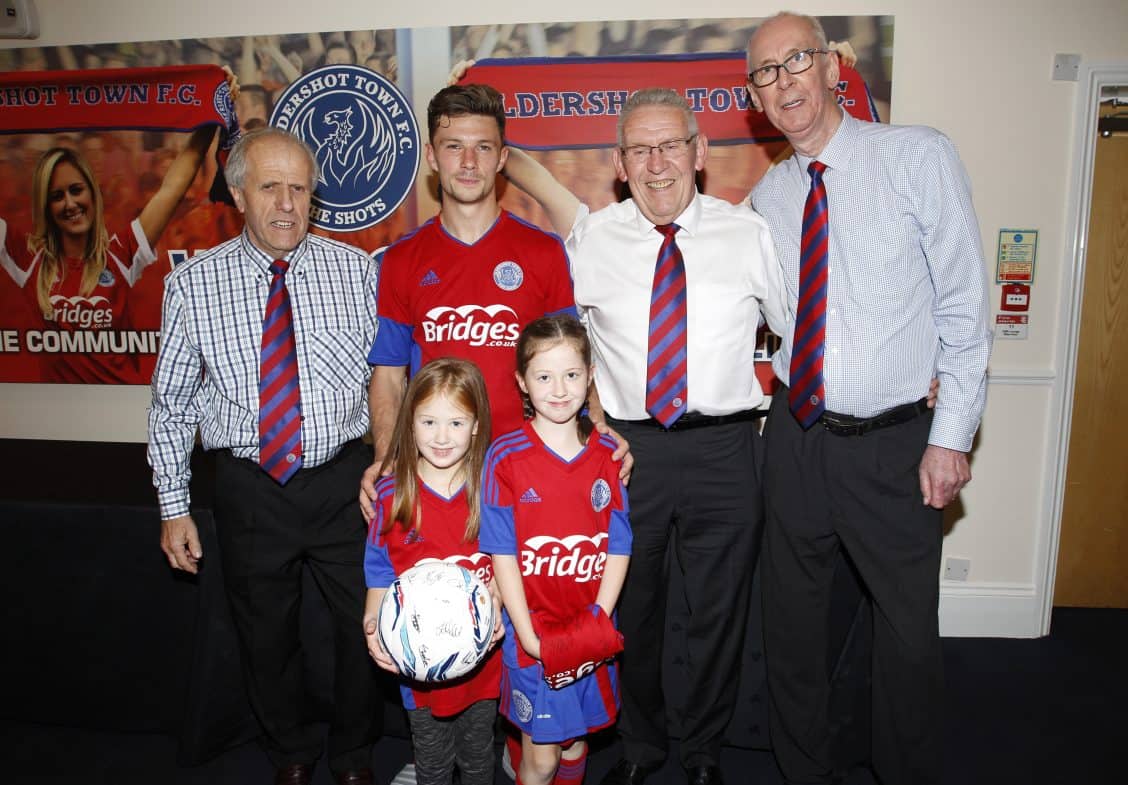 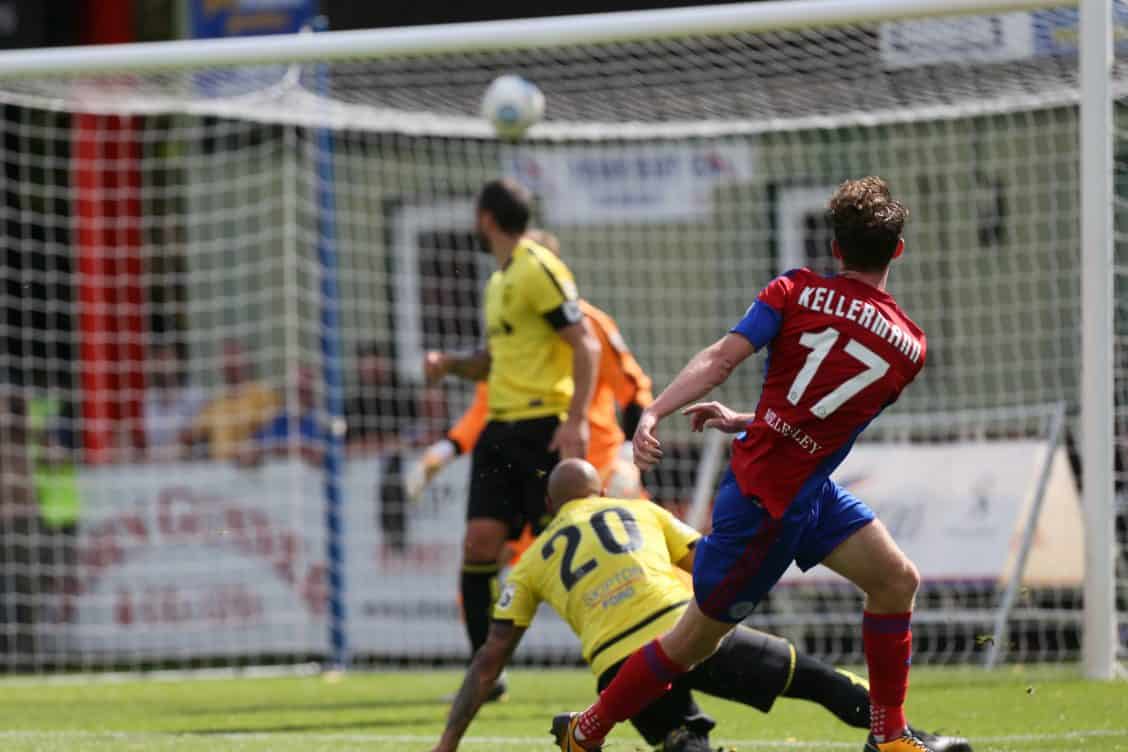 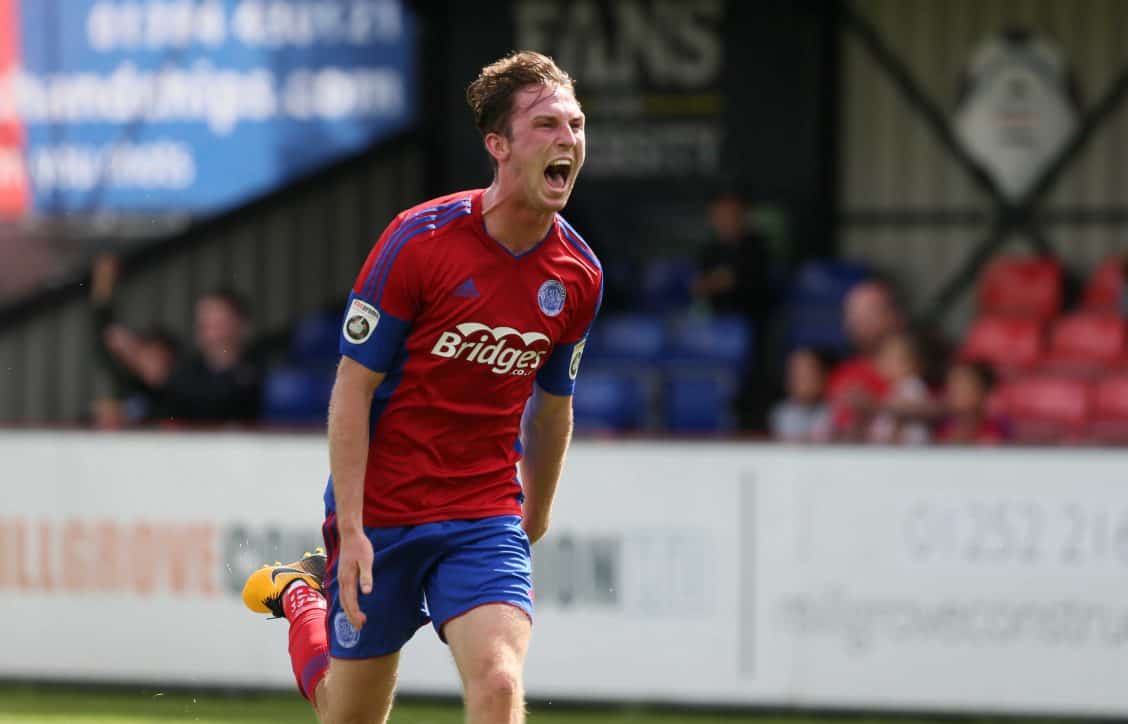 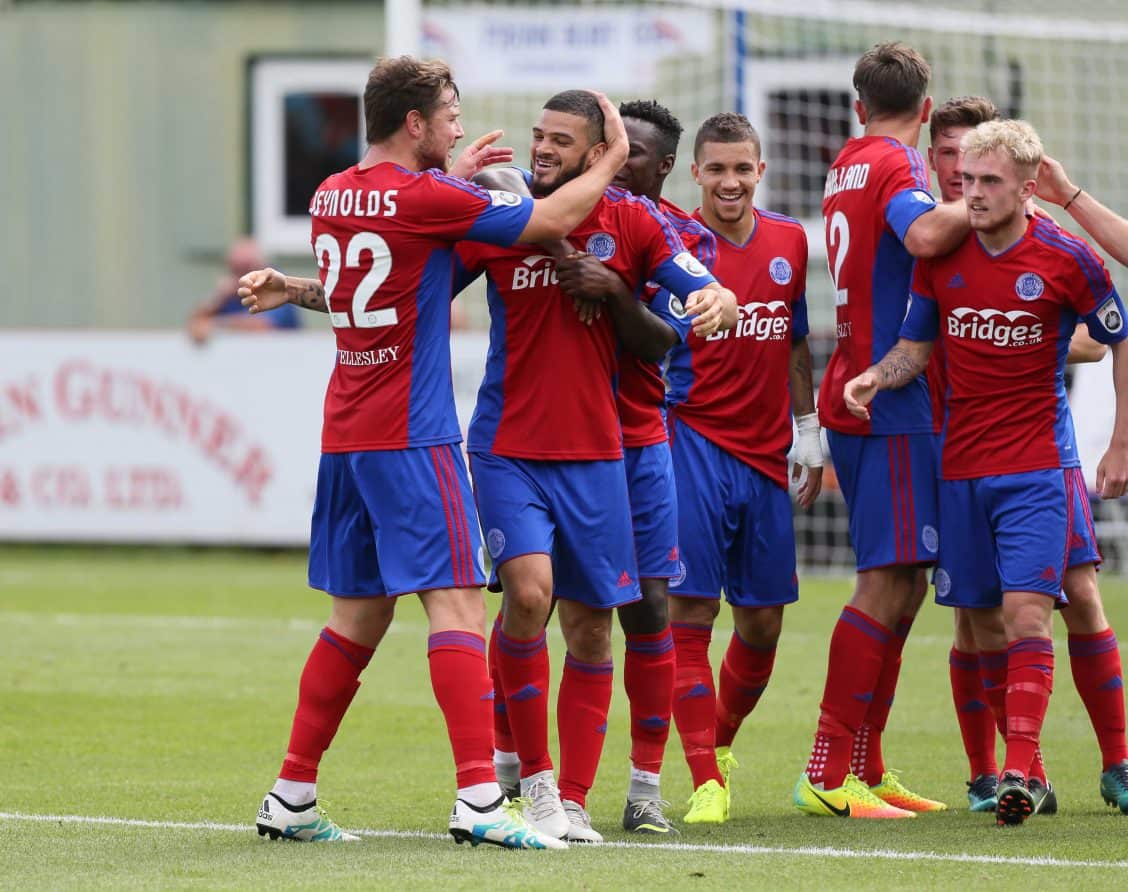 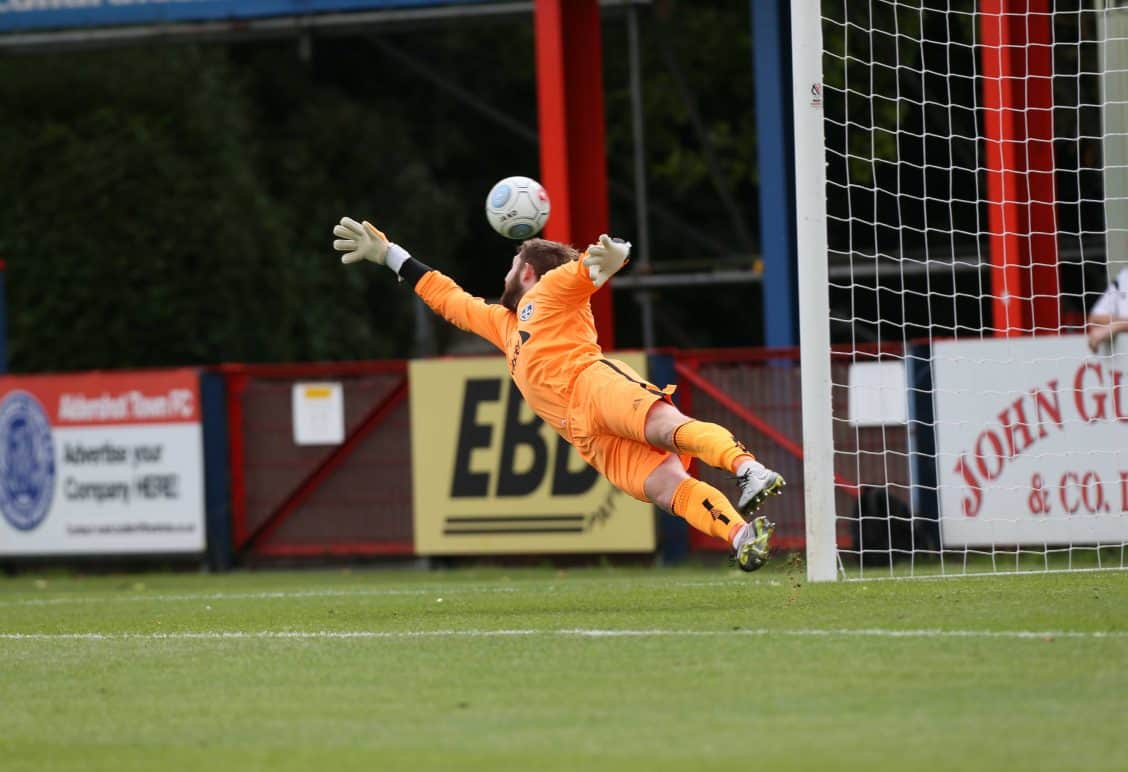 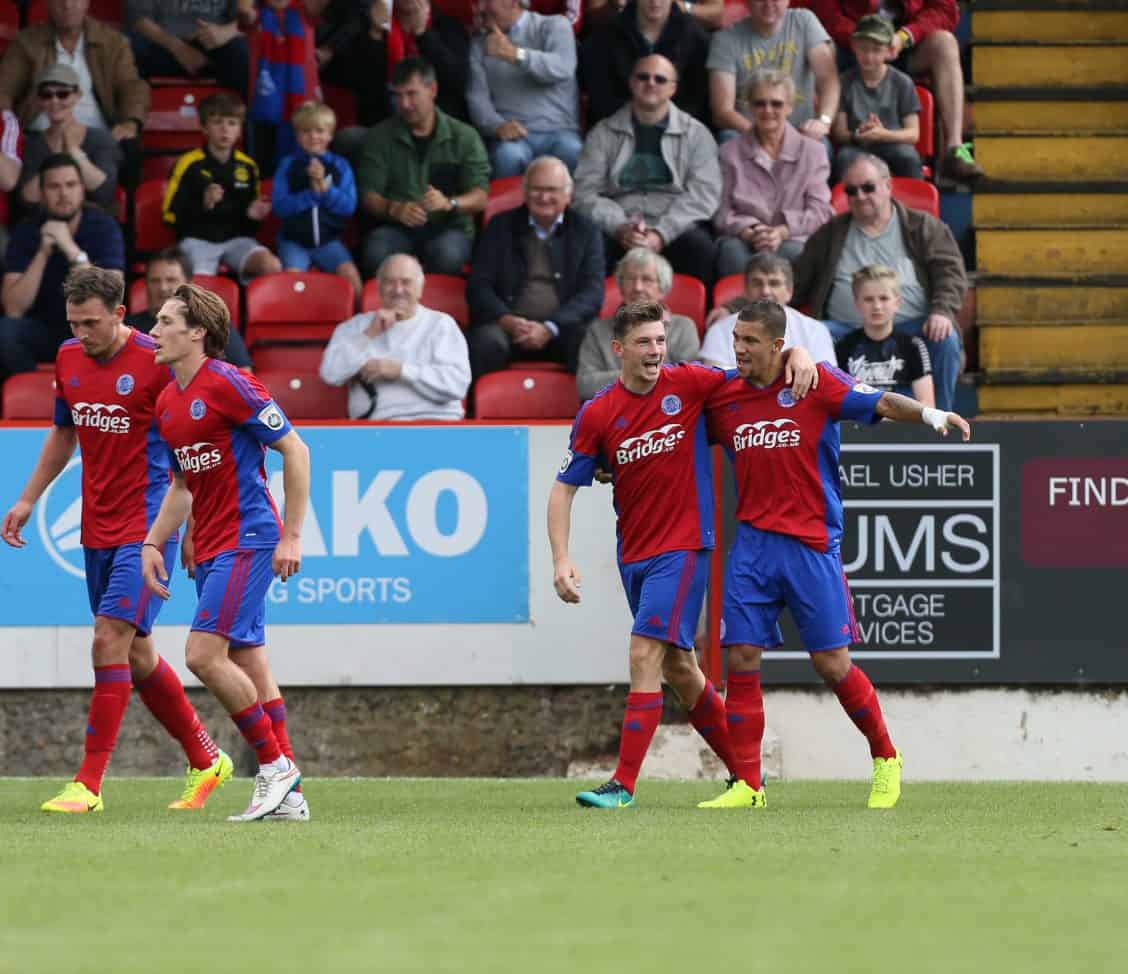 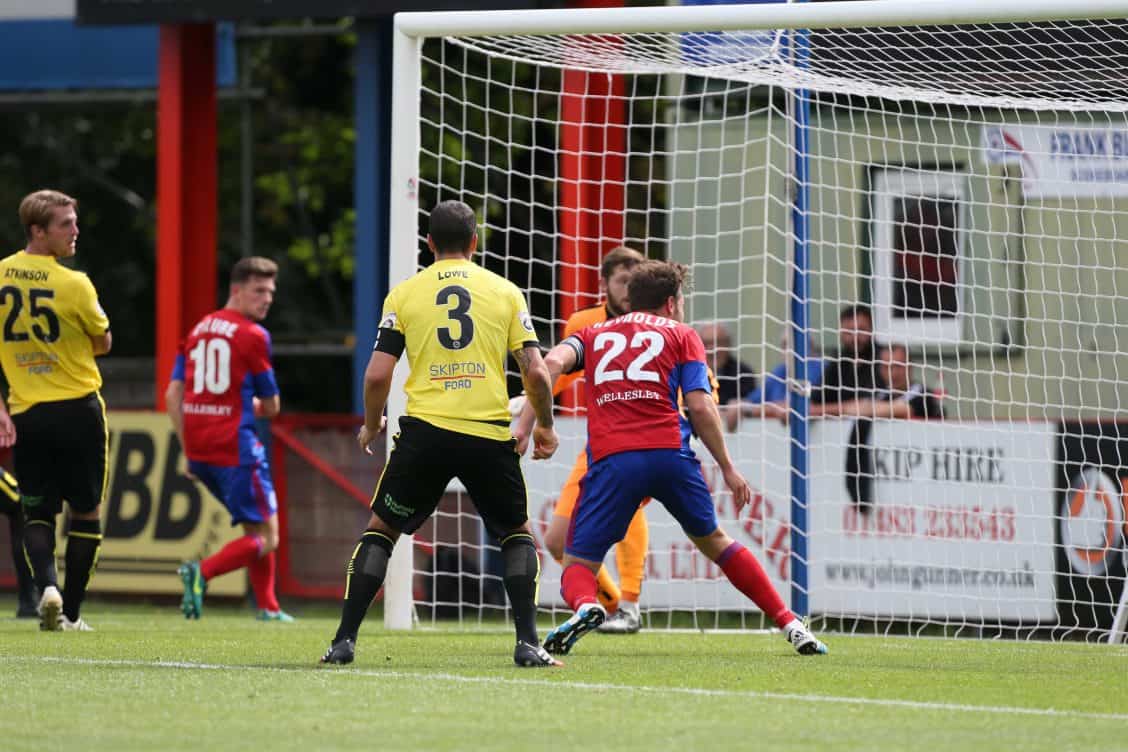 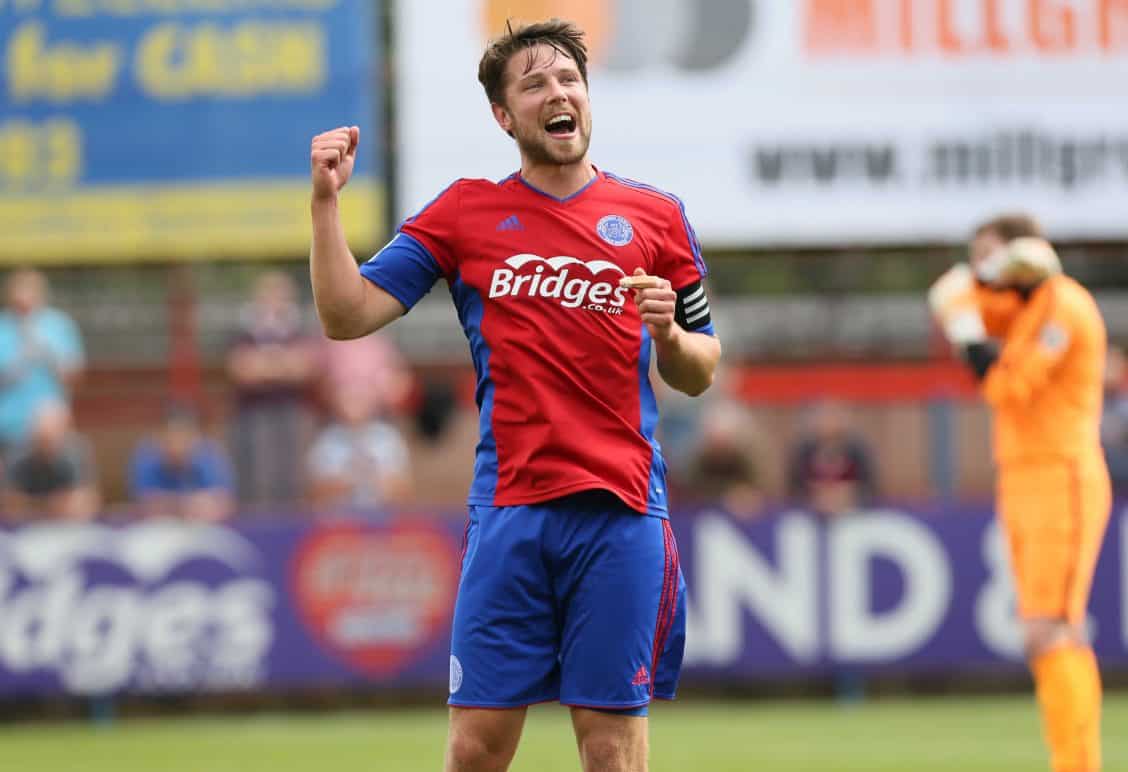