Aldershot Town returned to winning ways with a thrilling and hard-fought derby day victory as Shamir Fenelon’s second and third goals in two games set The Shots on their way in front of the EBB Stadium’s largest league crowd in over seven years.

The deadlock was broken in the 12th minute, with the game’s first genuine chance. Mensah rather fortuitously looped a pass out to Bobby-Joe Taylor on the left and to aim a low cross to the near-post which, although partially cleared, allowed Fenelon to turn on the six-yard line and fire a shot straight past Nathan Baxter.

Within two minutes, however, the visitors were level. Wynter’s long ball out of defence fell to Carter and he found Joe Ward breaking down the right wing. The cross dropped perfectly at the feet of the onrushing Inih Effiong, whose half-volley was slotted perfectly into the bottom corner from 15 yards.

The Cards suddenly had momentum but Effiong’s first-time shot, after Banton skipped past Evans on the left, hit the crossbar

Aldershot Town steadily regained their composure and forced a strong save from Baxter on 22 minutes, as Taylor’s free-kick flew towards the far top corner. The Cards keeper again excelled on 26 minutes, when Callum Reynolds sent Taylor bursting past his marker to fire in a fierce shot which was parried and dropped just out of the reach of Jake Gallagher.

Seconds later The Shots did get their second goal, as Rendell, inside the centre circle, lifted a deft pass over Ralph into the path of Fenelon to beat Baxter from eight yards.

From there, Aldershot Town never looked back. Taylor fizzed a 22-yard shot just over the bar at the start of the second-half and the winger was again involved on 64 minutes as The Shots sealed victory. Quick passing across the edge of the box found Taylor on the left and as he teased over a cross which dropped beyond the far-post, Mensah dived to glance a header back into play from virtually on the byline. Oyeleke pounced and from 15 yards fired in a shot off the underside of the crossbar.

Rendell and substitute Matt McClure had half-chances to extend the lead but nonetheless The Shots were excellent value for their victory with a solid performance and some fine finishing. Anticipation is already building for Round Two at Kingfield on New Year’s Day. 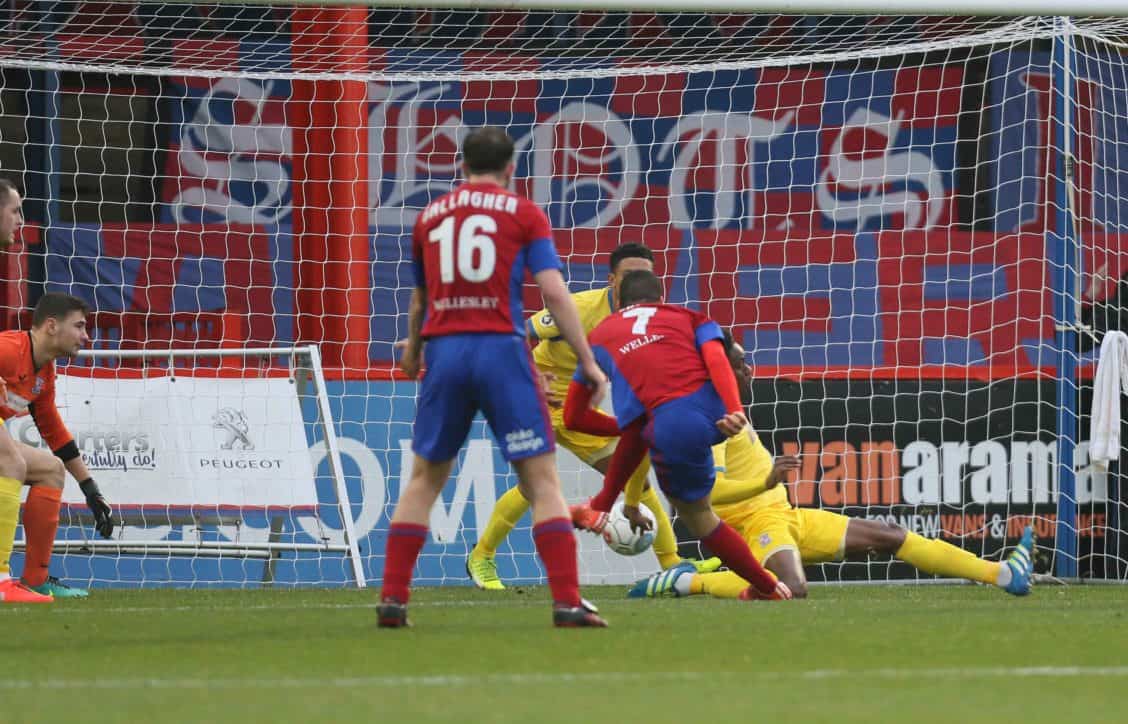 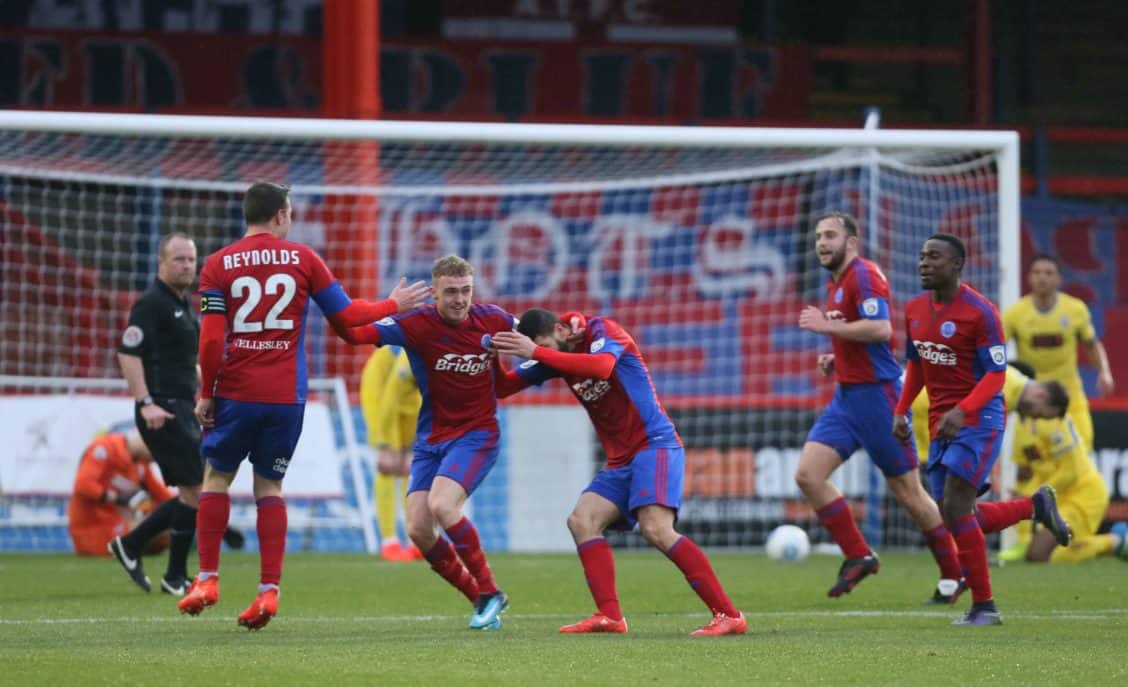 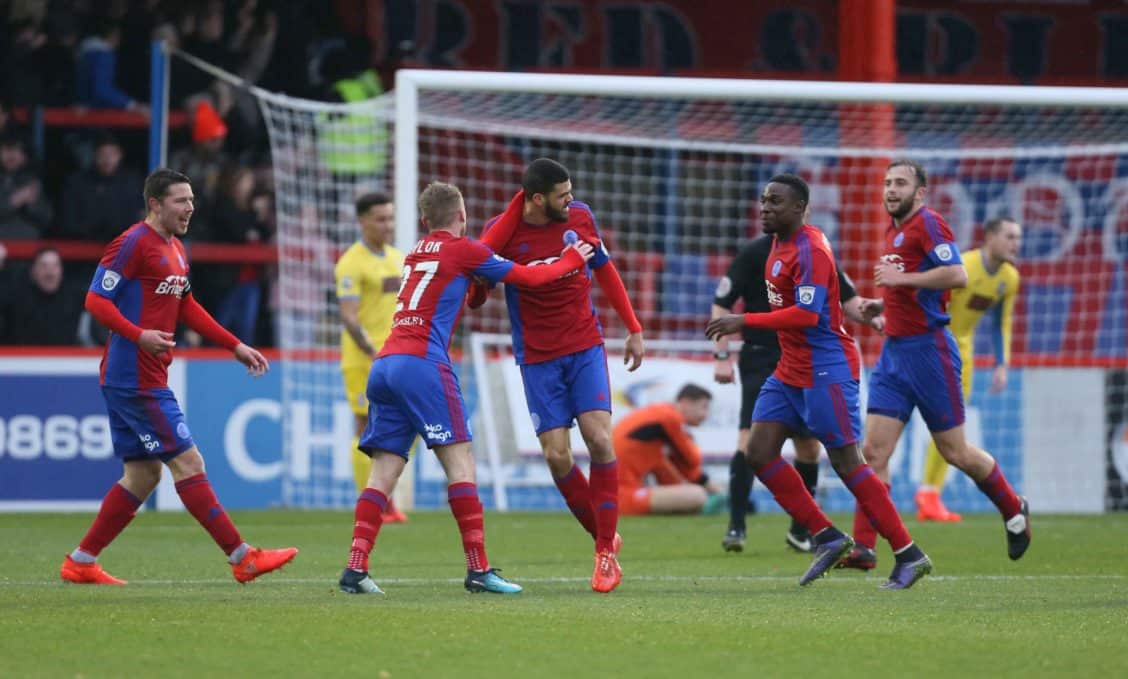 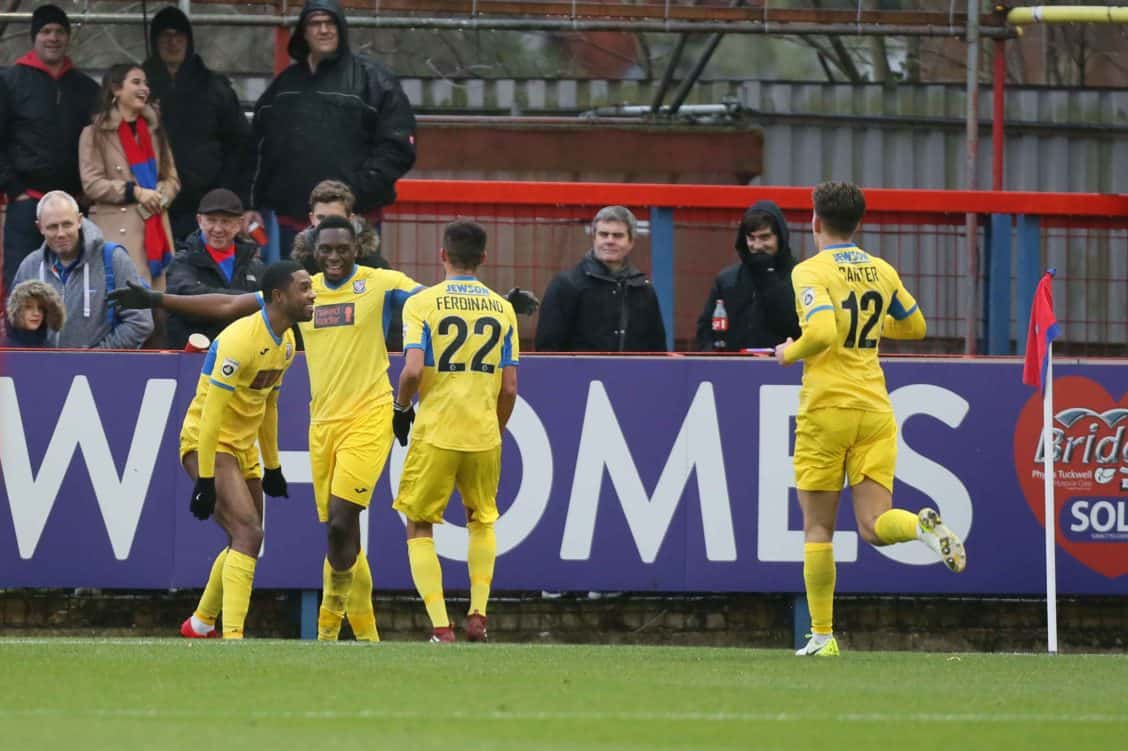 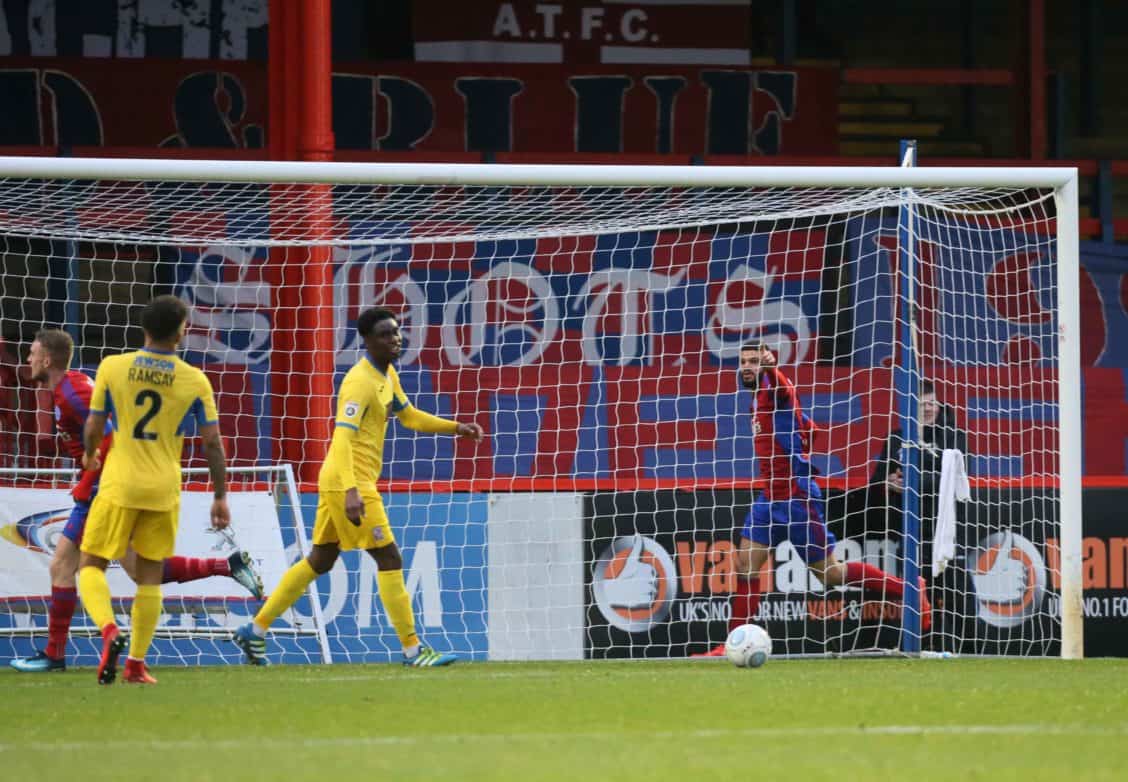 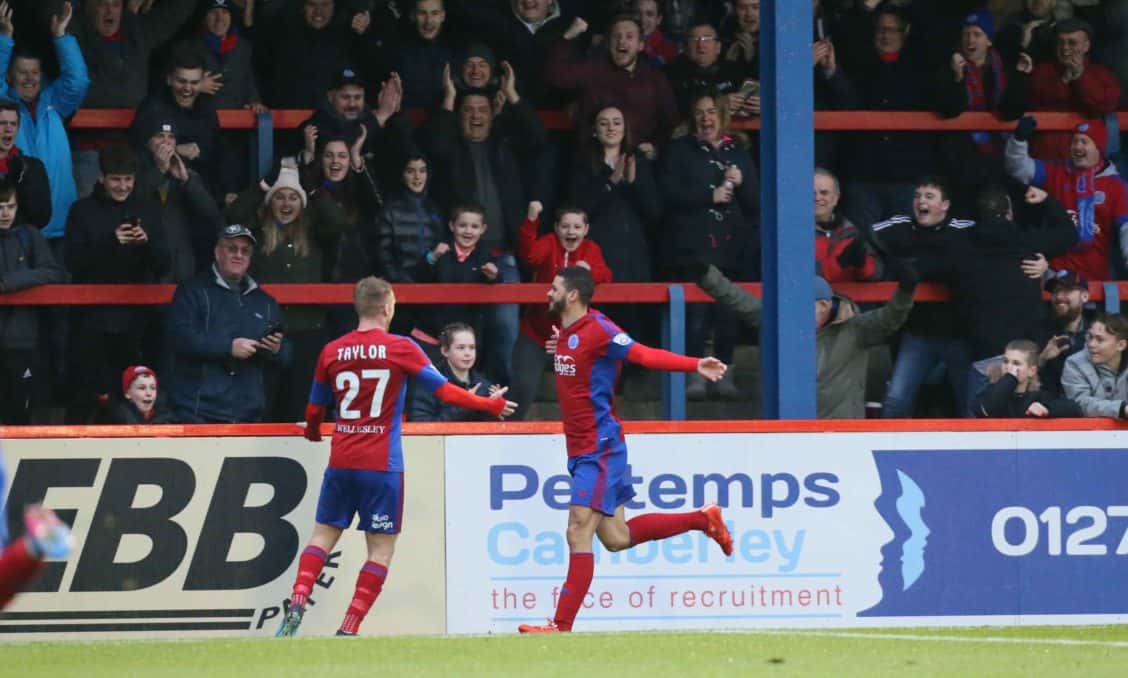 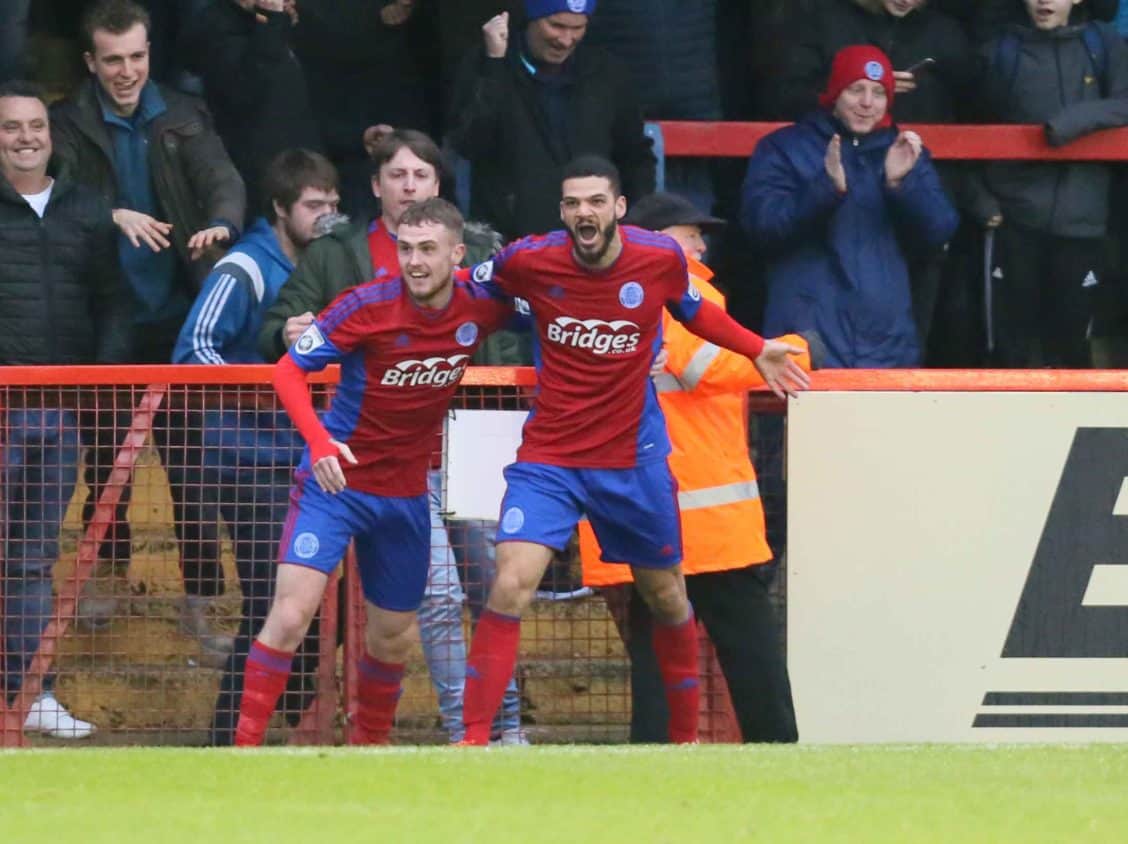 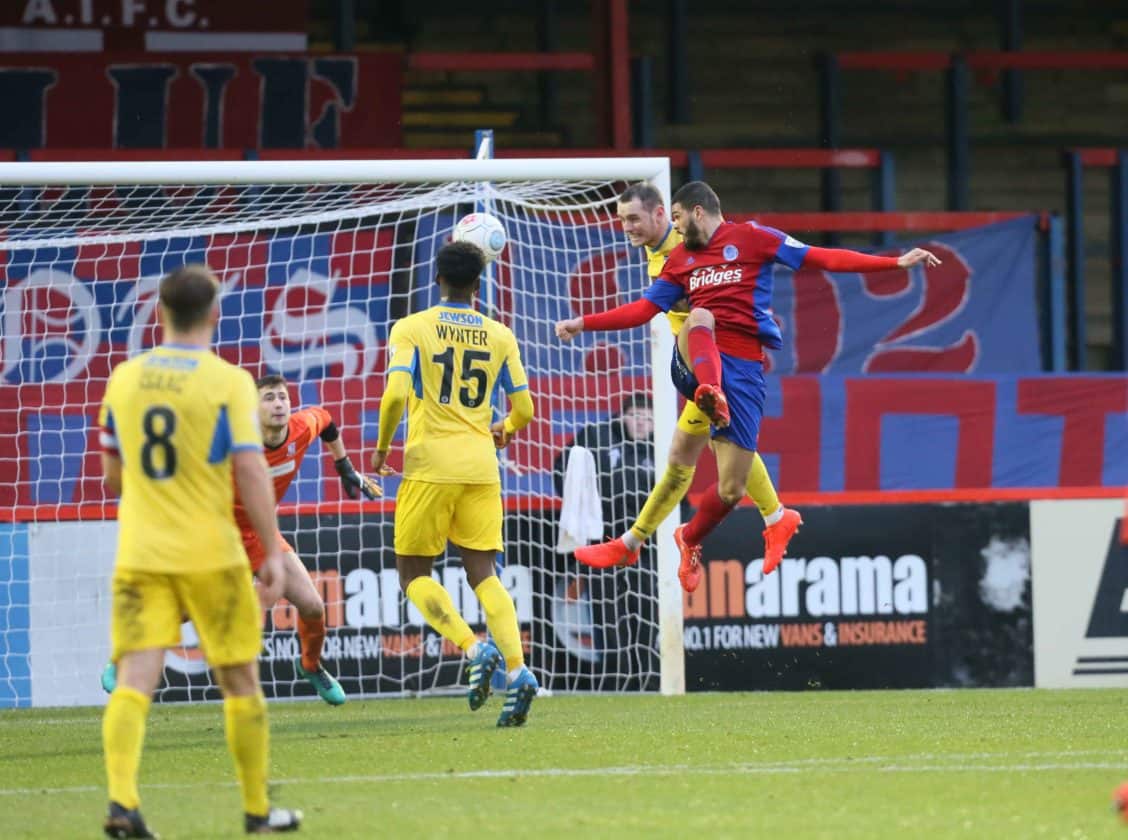 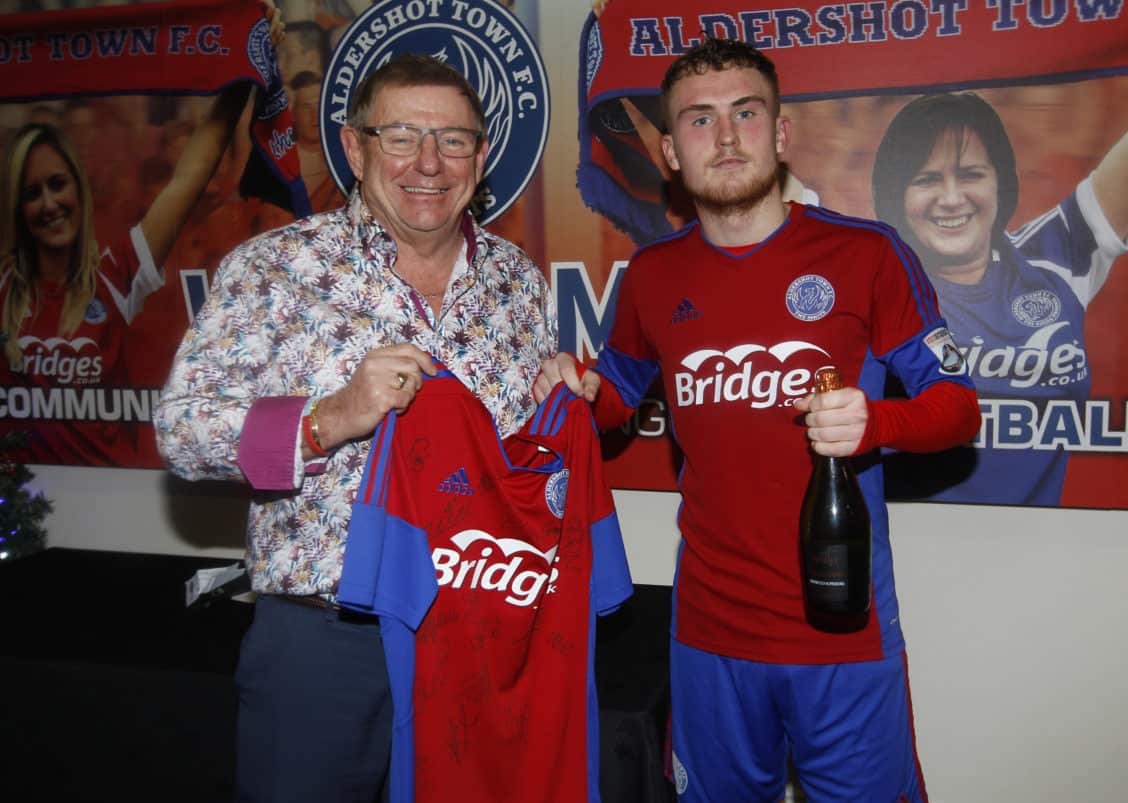 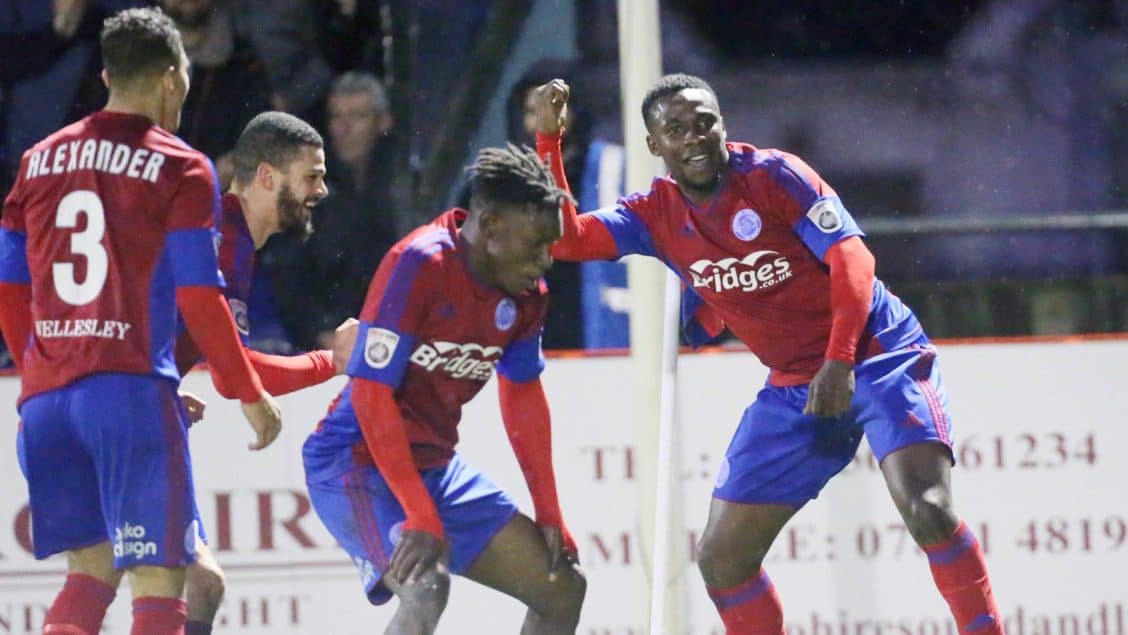 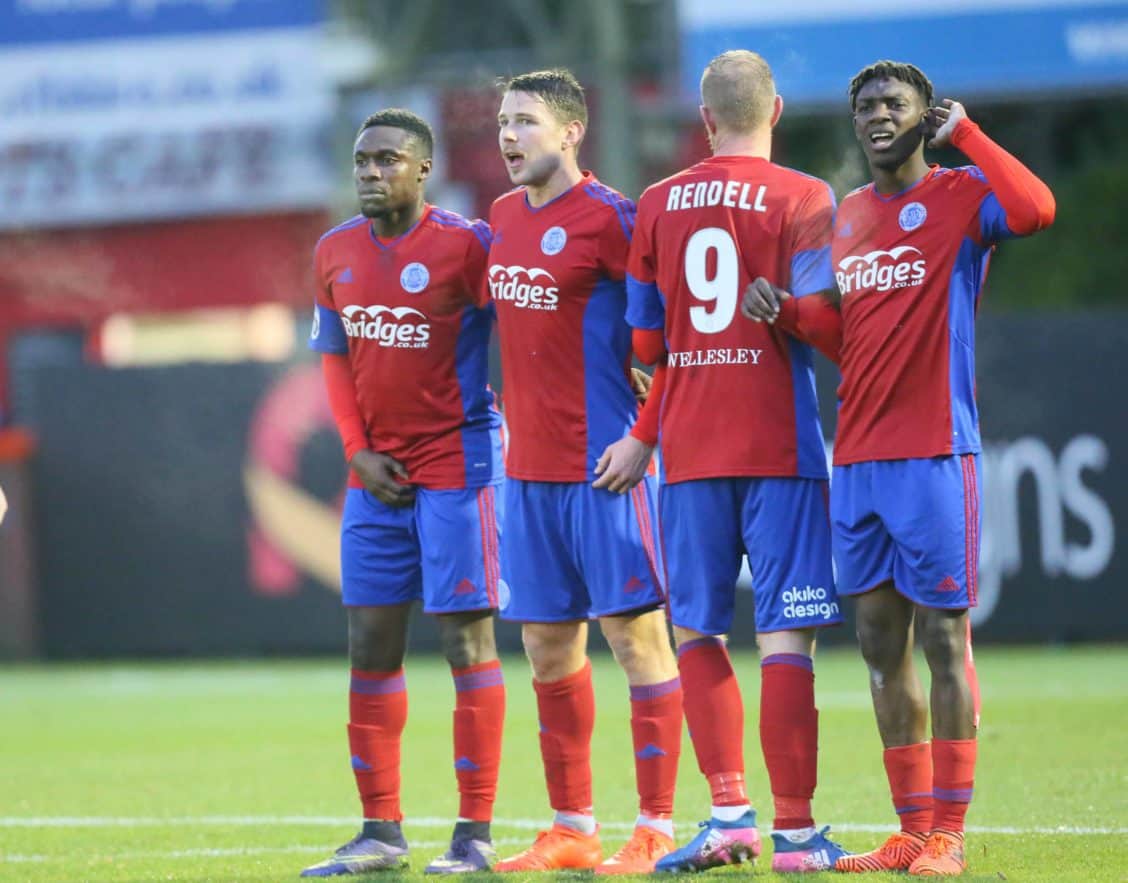 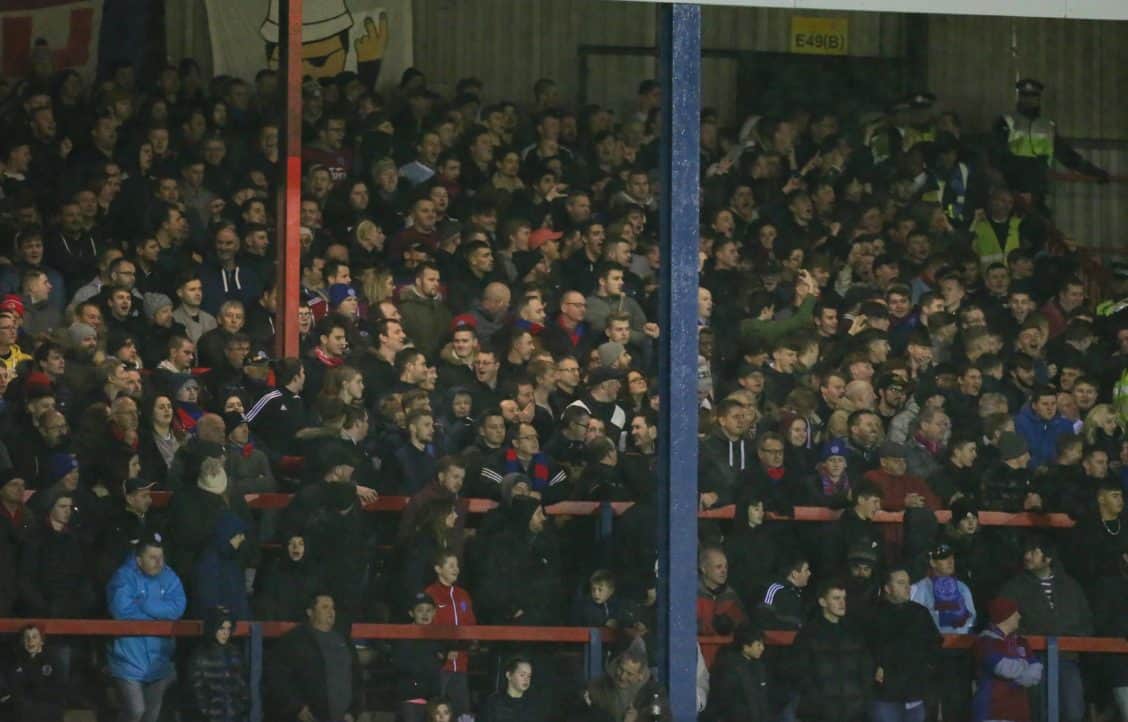 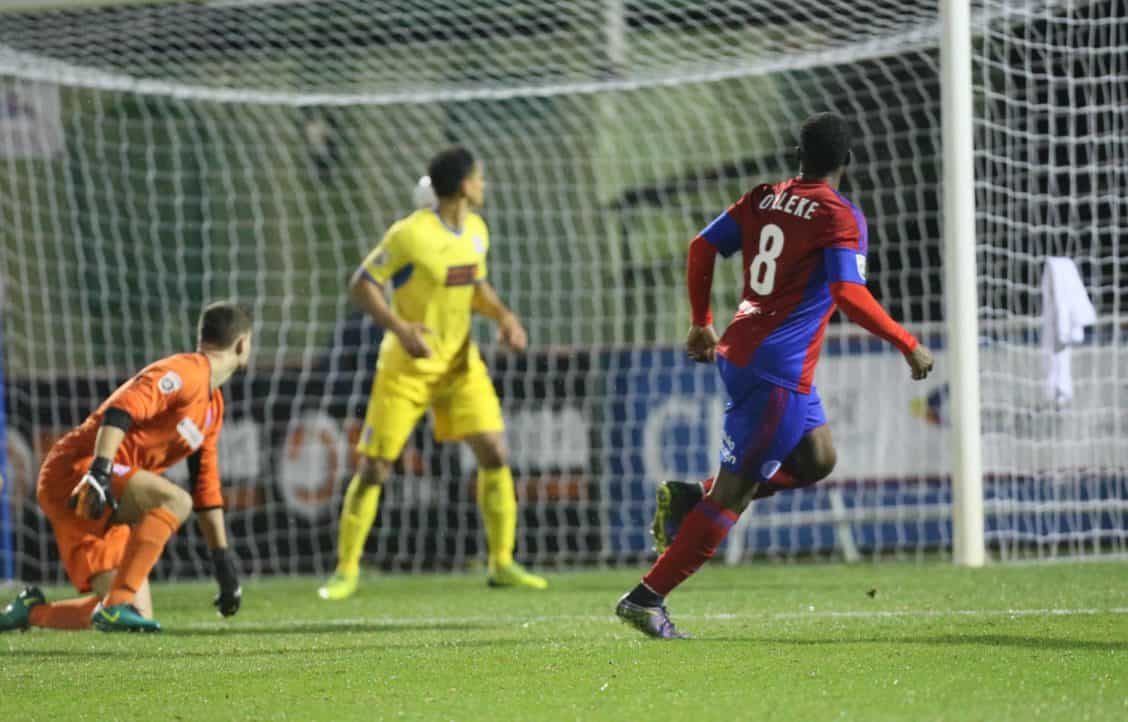 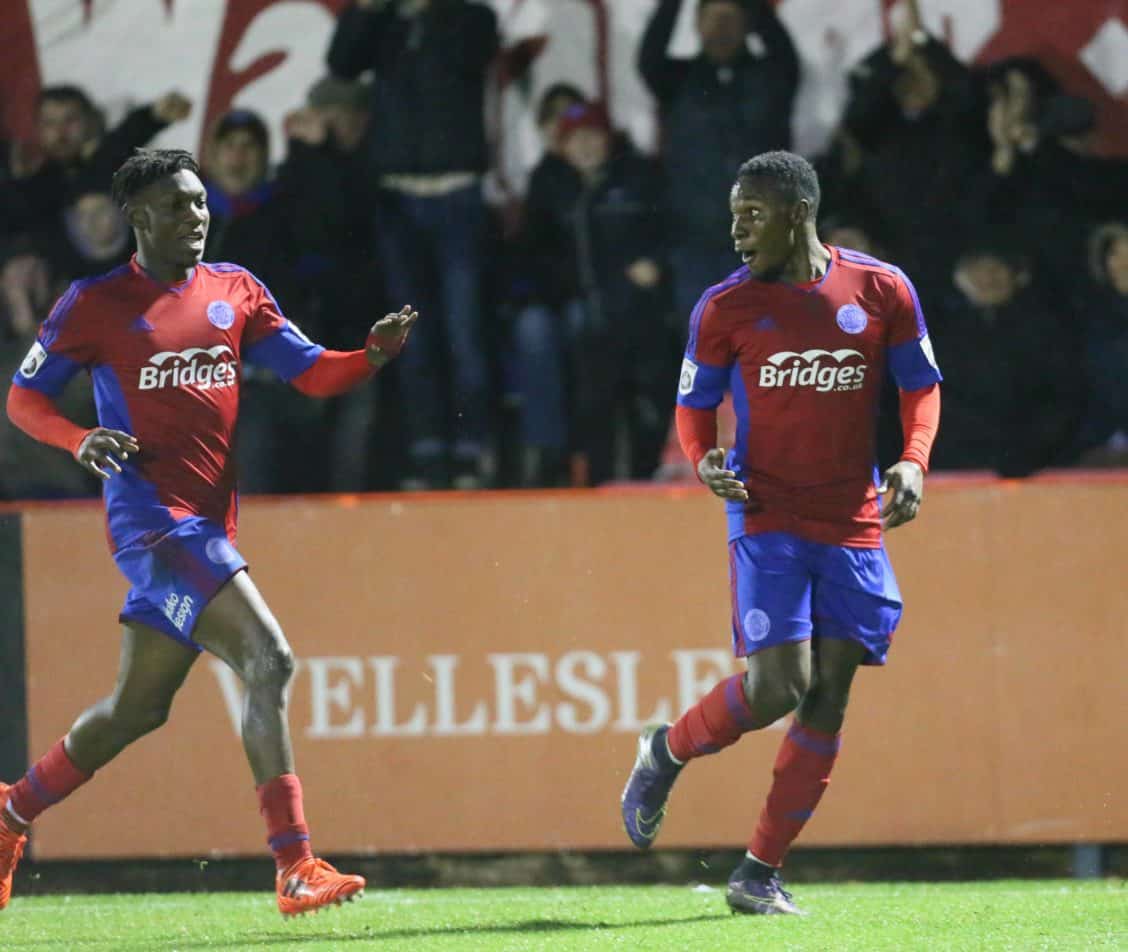