The Shots earned a third victory in a row with a devastating first-half display against the league leaders.

Also unchanged for the third match in succession, Aldershot Town were in irresistible form in the opening 45 minutes, and then set about protecting their lead during a solid second-half.

Full of pace and movement and flair, The Shots fully deserved their 2-0 lead at the break. Kellermann nearly nipped in behind the defence at the end of an intricate passing move, and Alexander’s cross skidded untouched through the goalmouth as The Shots made a lively start, and they led on 15 minutes.

McDonnell skipped past two challenges and clipped over a cross which dropped over Robert to Fenelon, beyond the far-post, and his cross-shot was turned in from four yards by Bernard Mensah.

On 20 minutes, with The Shots flowing superbly through midfield, Rowe found Fenelon on the left and his second cross-shot of the game rolled wide of the far-post.

For all of the host’s dominance, Rutherford found Reid breaking forward on 31 minutes but, with only Ward to beat, the striker placed his shot wide. Pearson’s header from a free-kick was easy for Ward, but seconds after Robert had attempted an acrobatic scissors kick from outside the box, The Shots doubled their lead on 33 minutes.

Fenelon and Robert battled to win Rowe’s right-wing cross and, wit the ball only half-cleared, McDonnell hit a rising 20-yard shot which crashed down off the underside of the crossbar with Dunn beaten. Fenelon reacted first and stabbed the ball over the line despite the goalkeeper’s challenge.

Reid again spurned a rare opportunity for Wrexham, lifting his shot over the bar from Rutherford’s cross, and soon Dunn had to grab McDonnell’s low free-kick around the wall with his fingertips.

By contrast, the second-half was a less exuberant affair, but still Dunn had to produce a fine save to parry Robert’s deft glancing header from Fenelon’s chip into the box.

Substitute Massanka had a fierce drive blocked by a defender and, on 72 minutes, McDonnell curled a shot wide of the far-post. Rowe’s rising drive flew over the bar and, although Wrexham had the ball in the net thanks to Chris Holroyd’s close-range finish from an offside position, The Shots were comfortable. 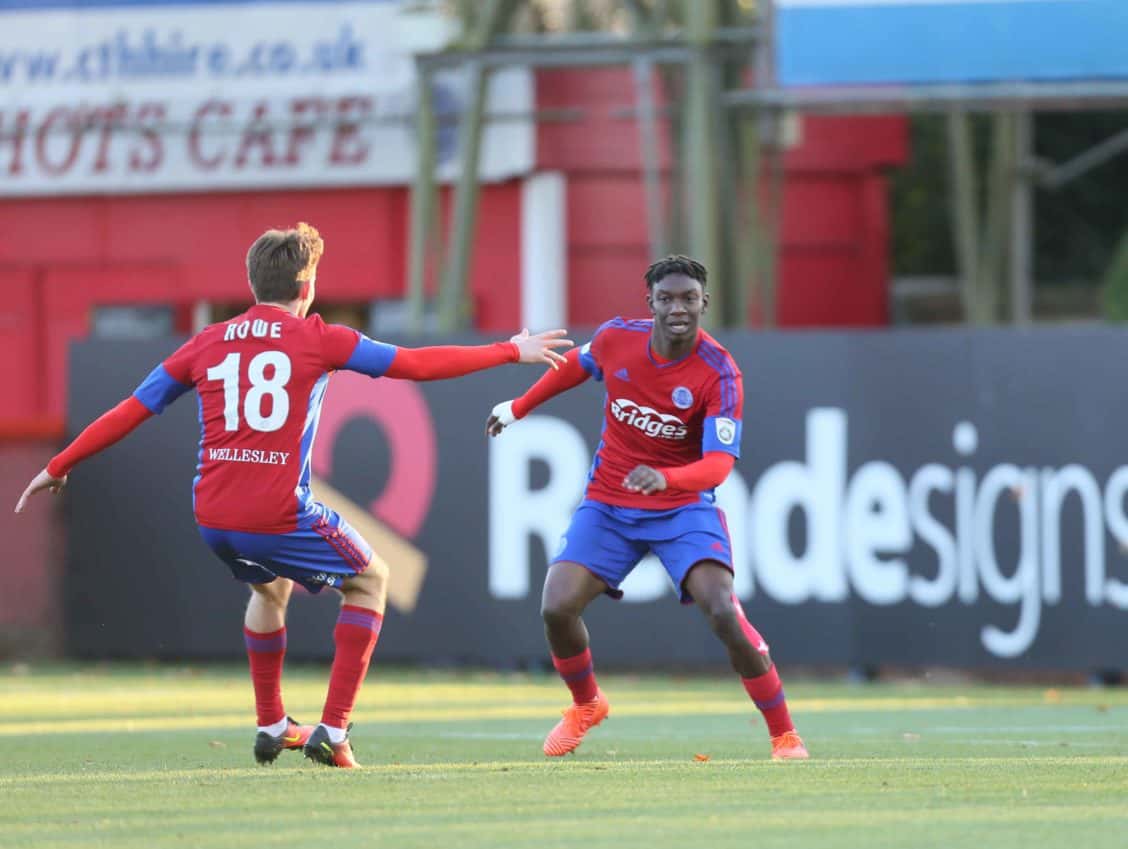 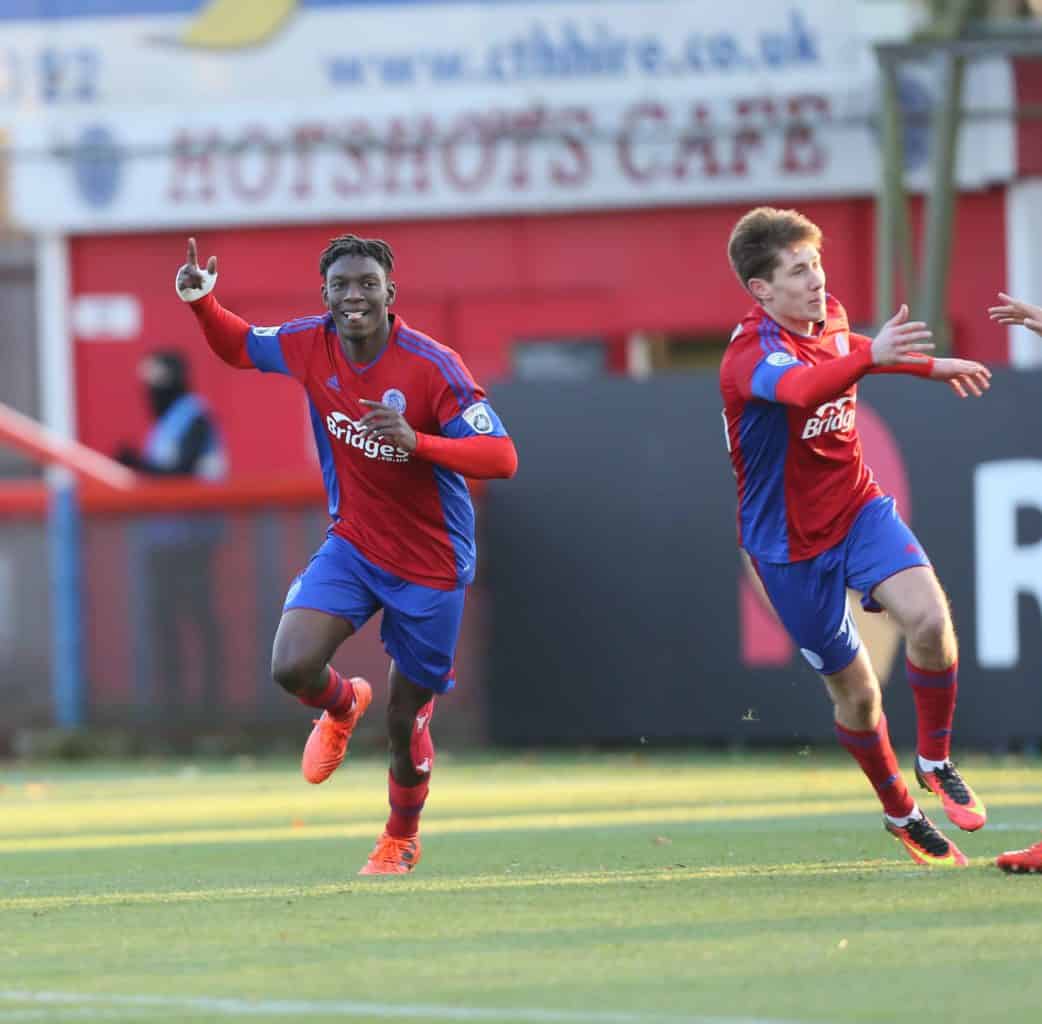 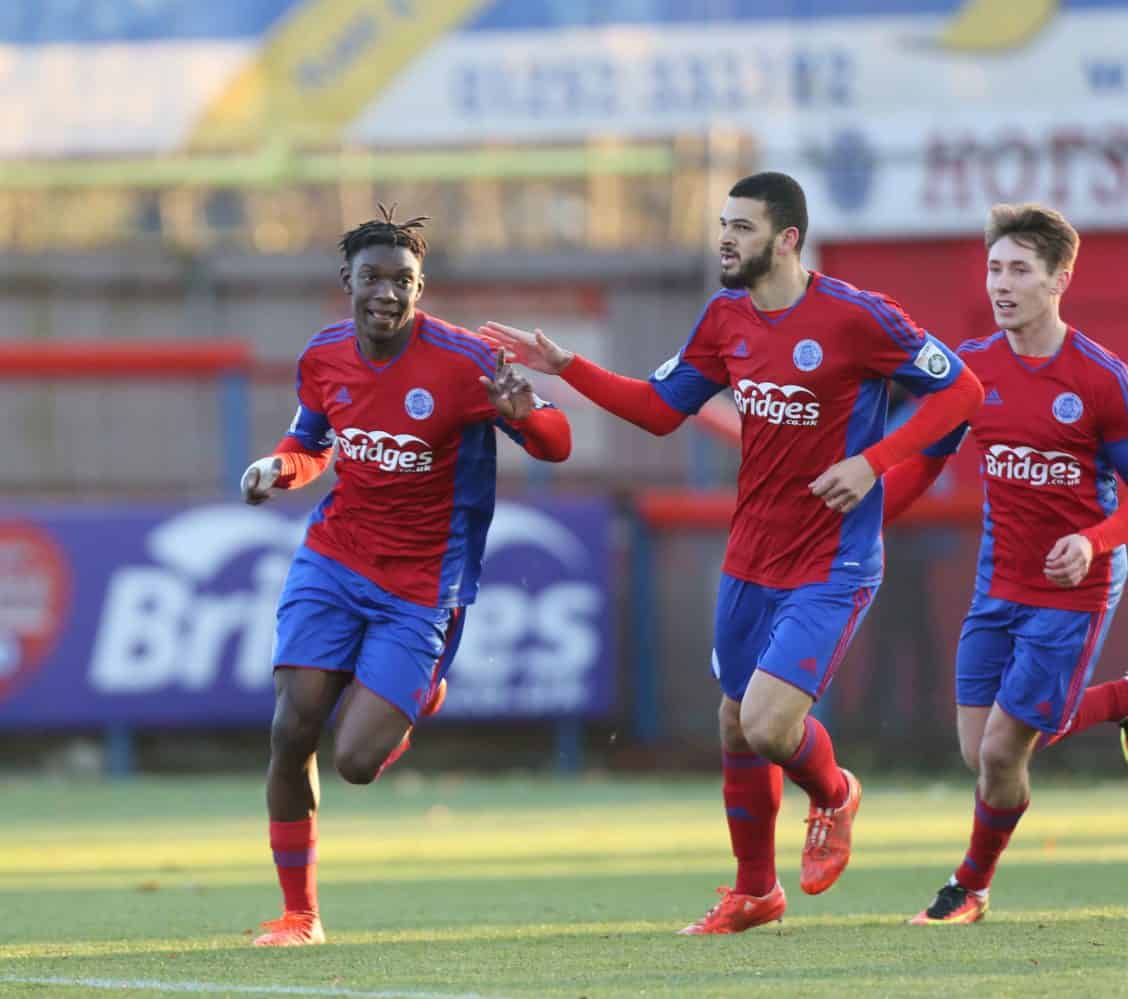 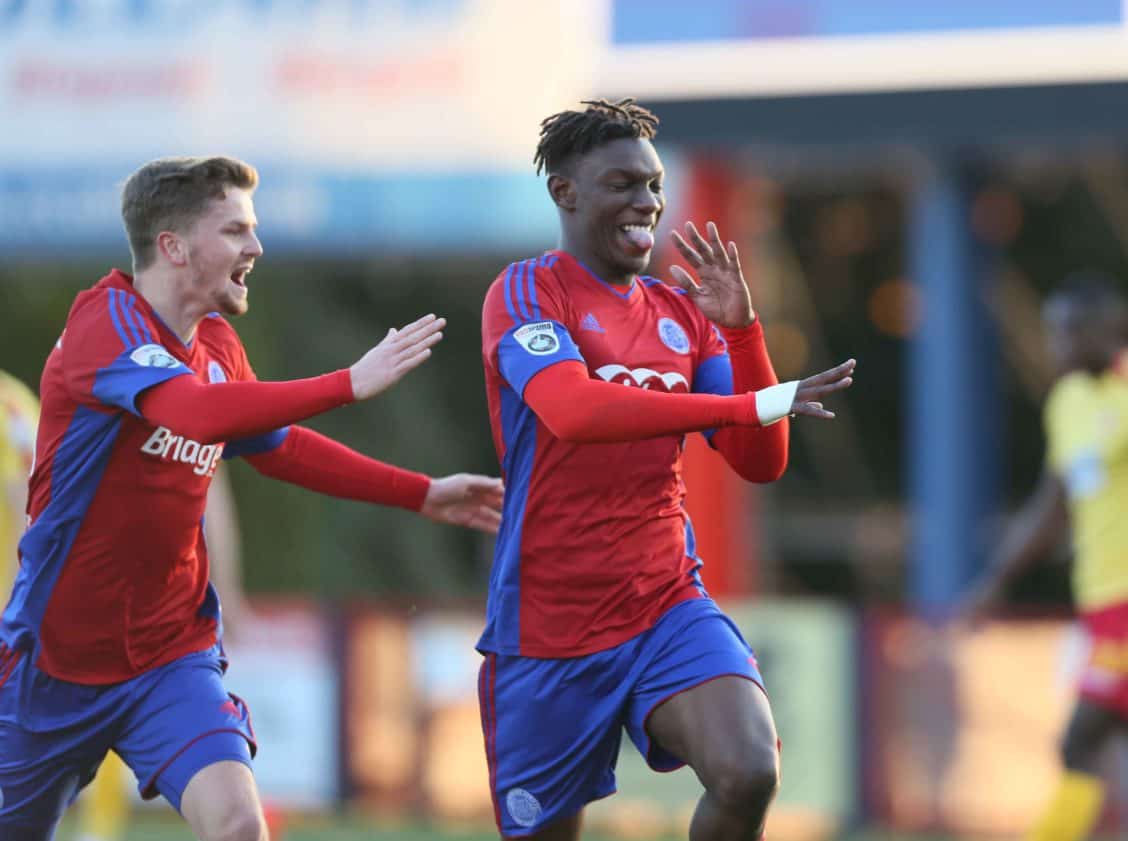 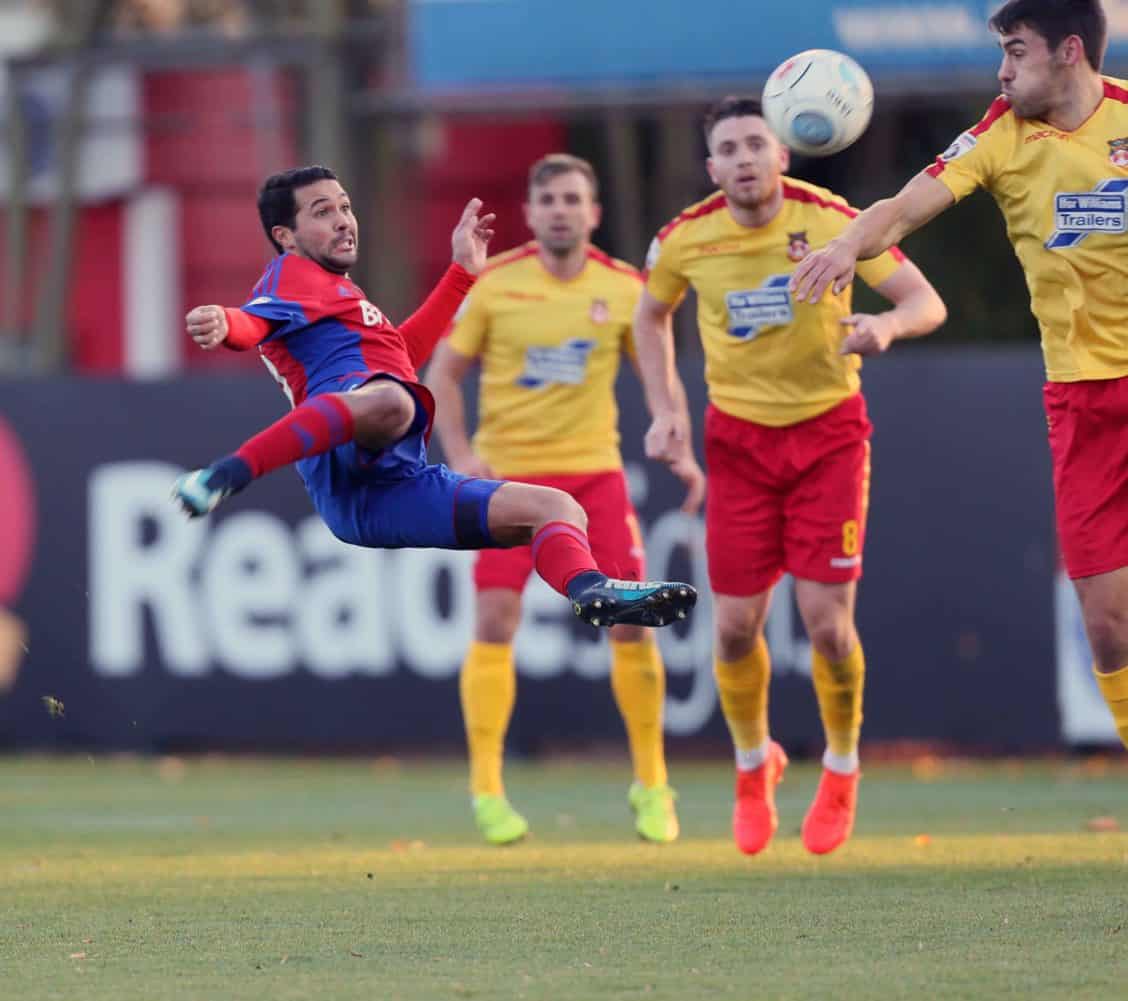 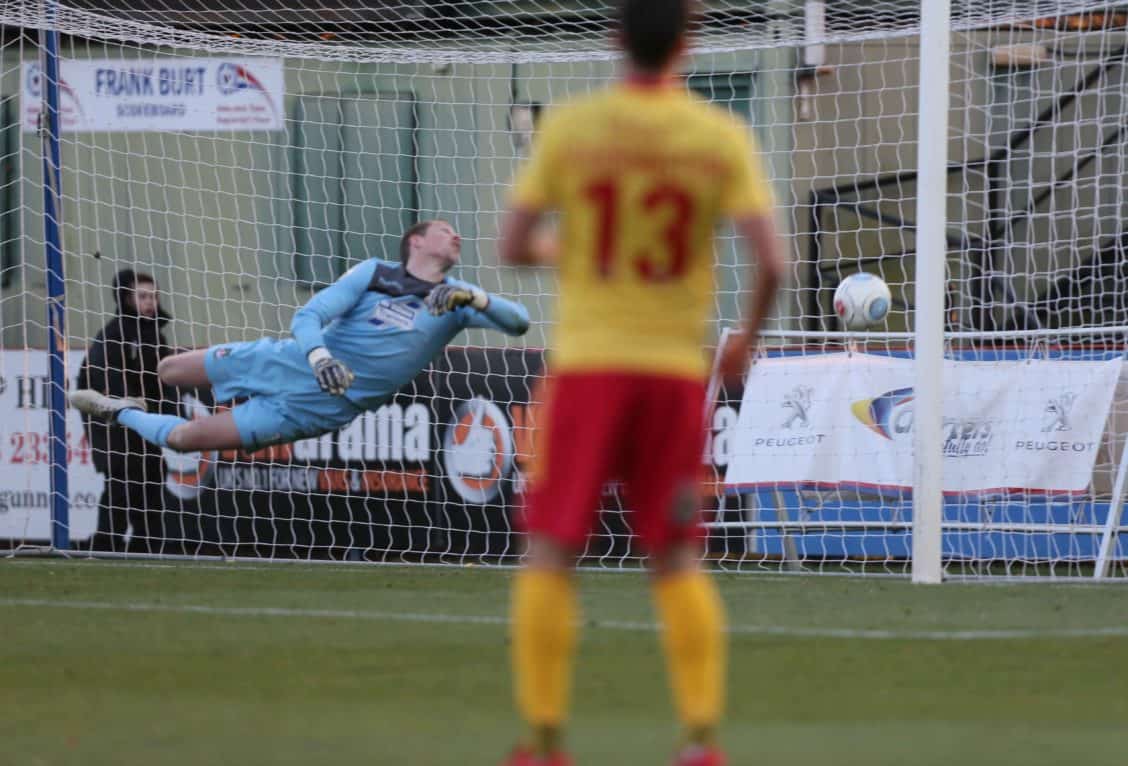 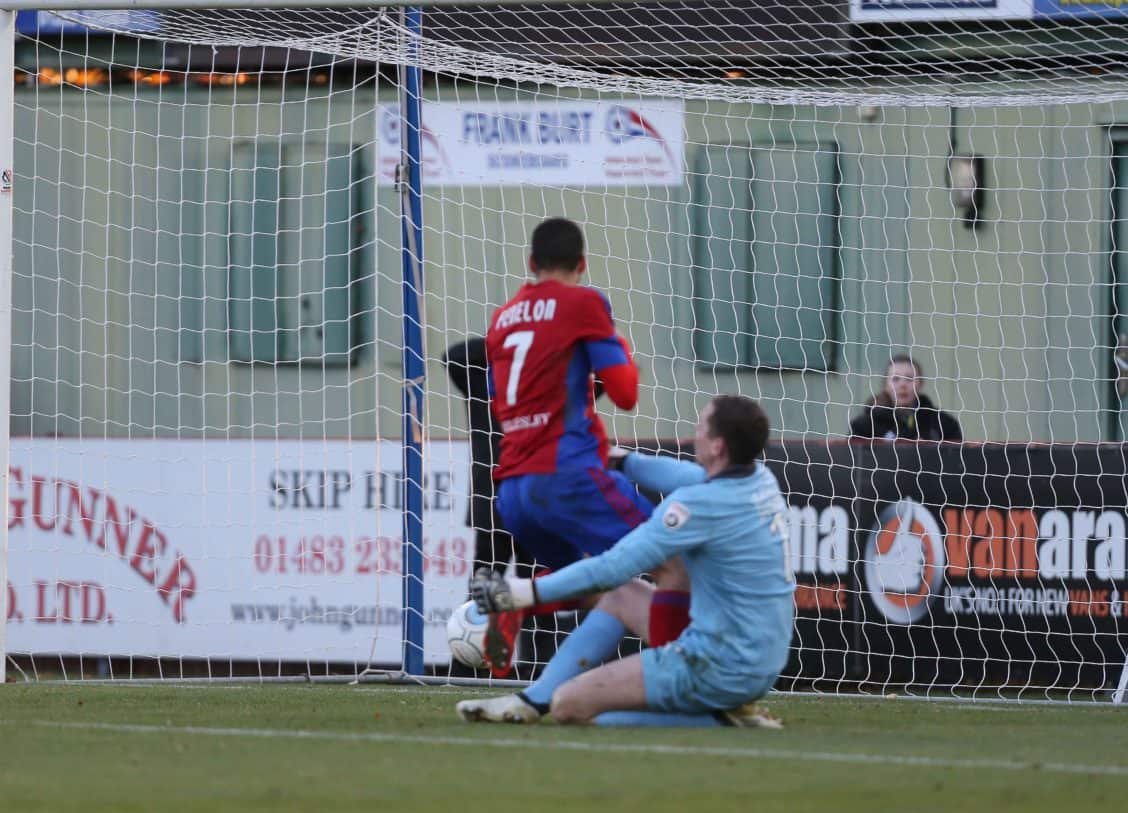 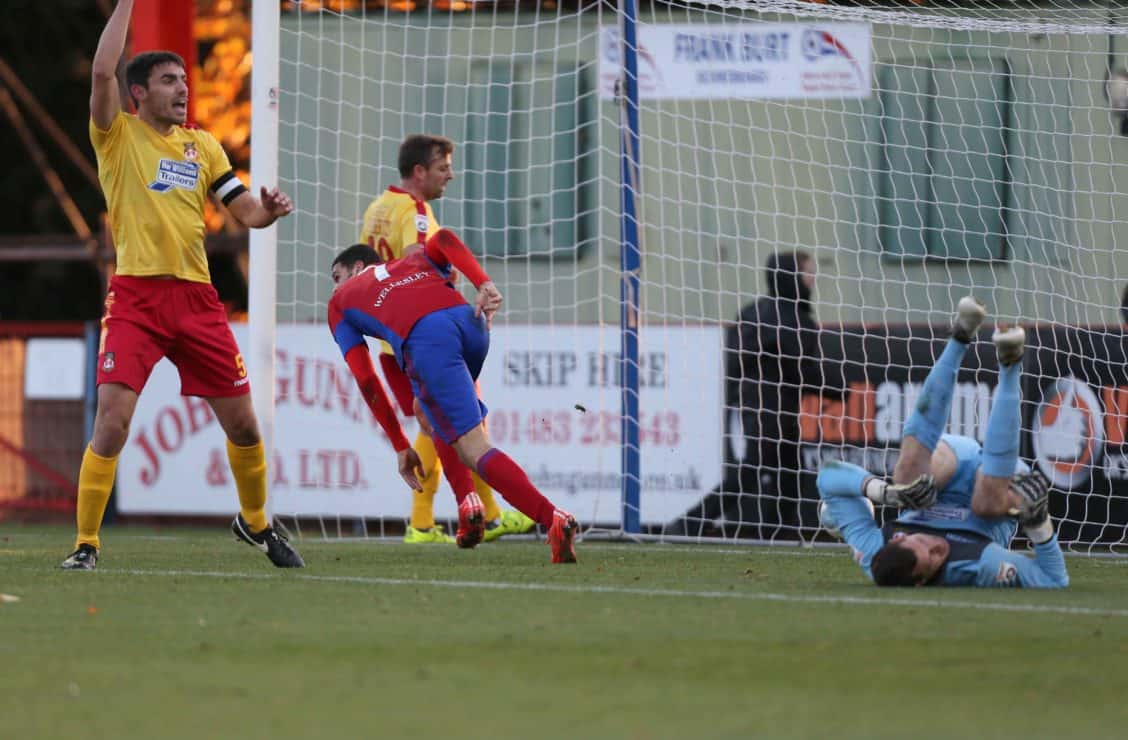 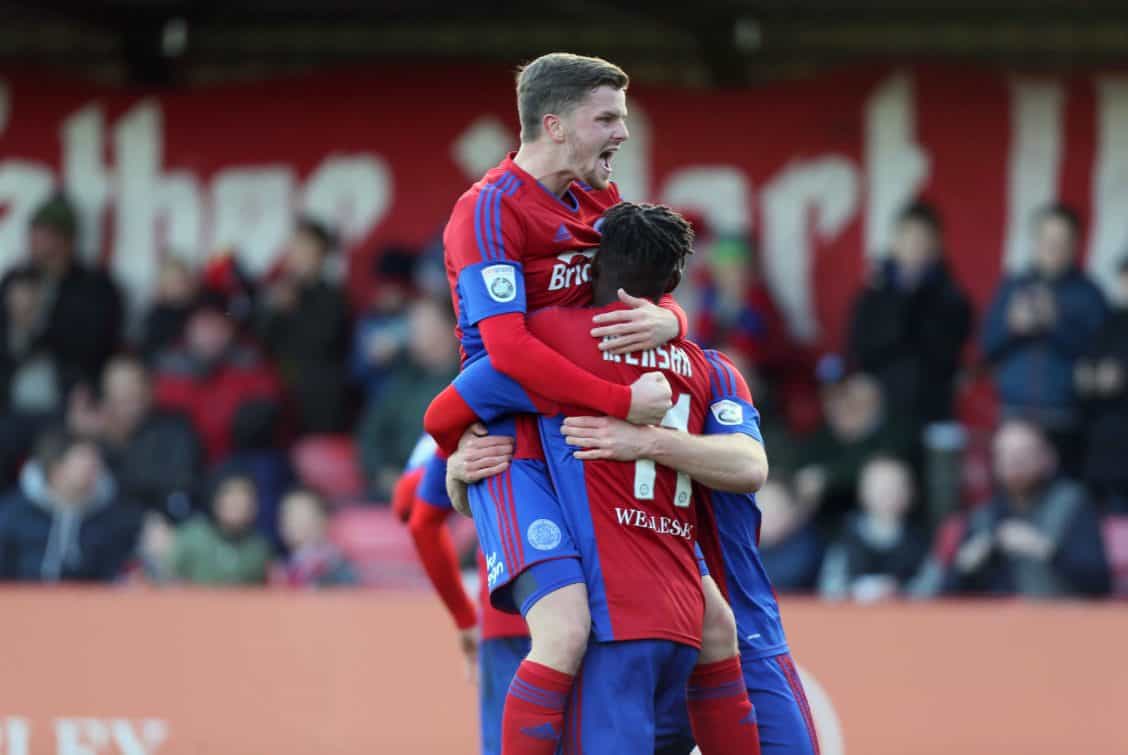 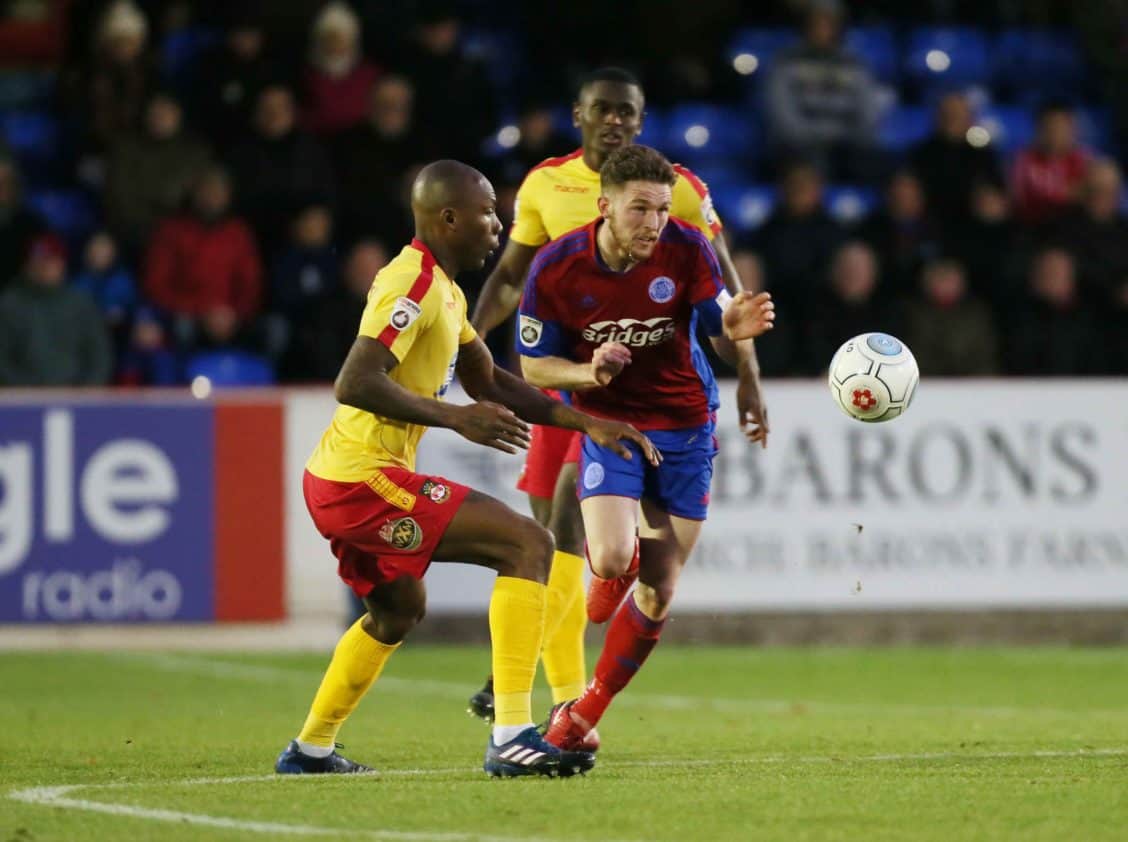 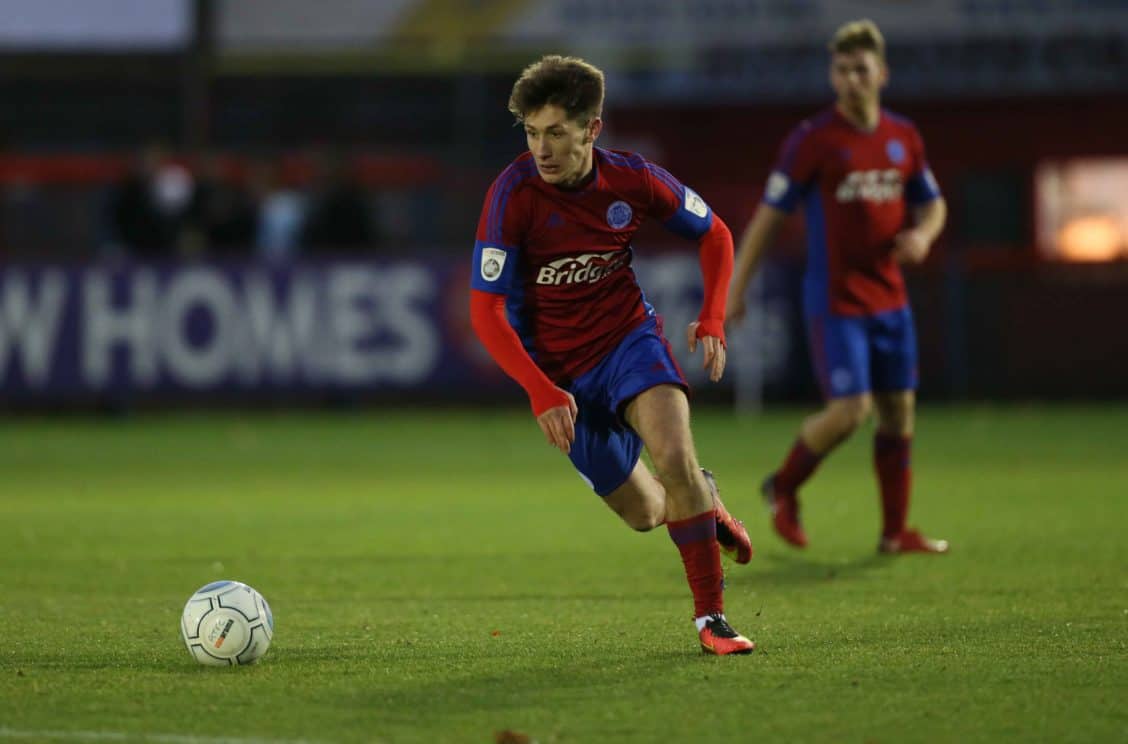 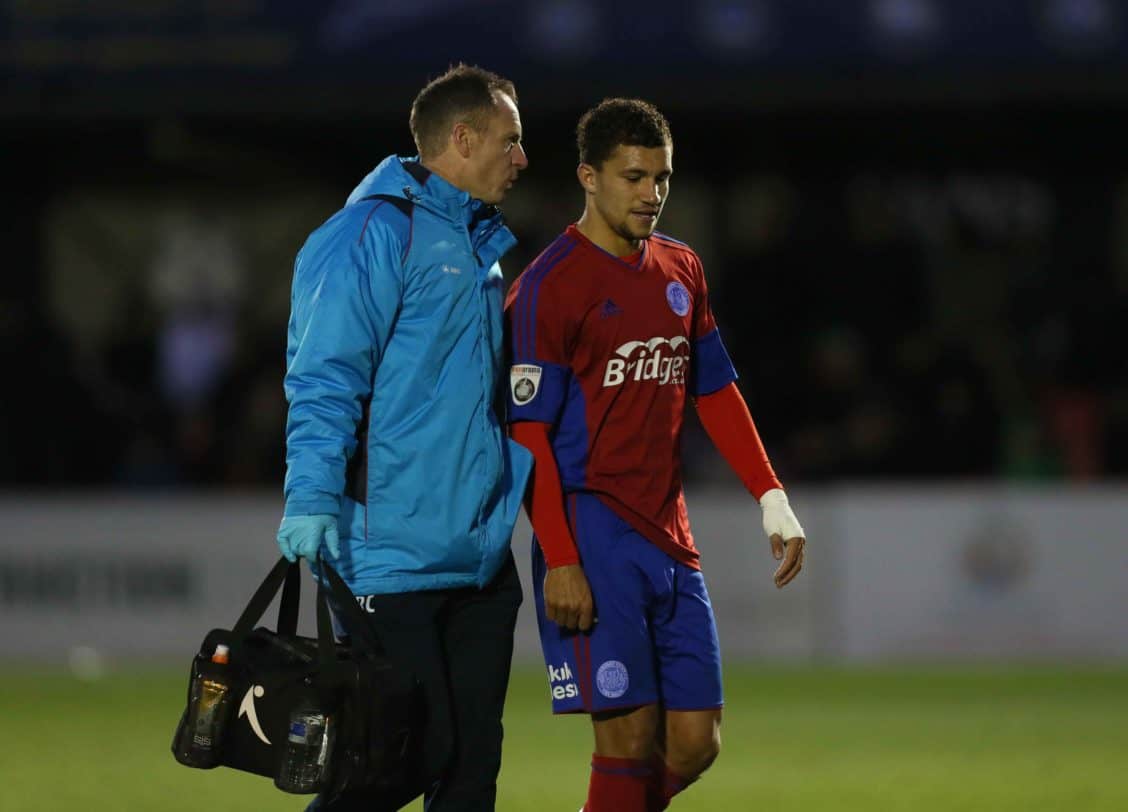 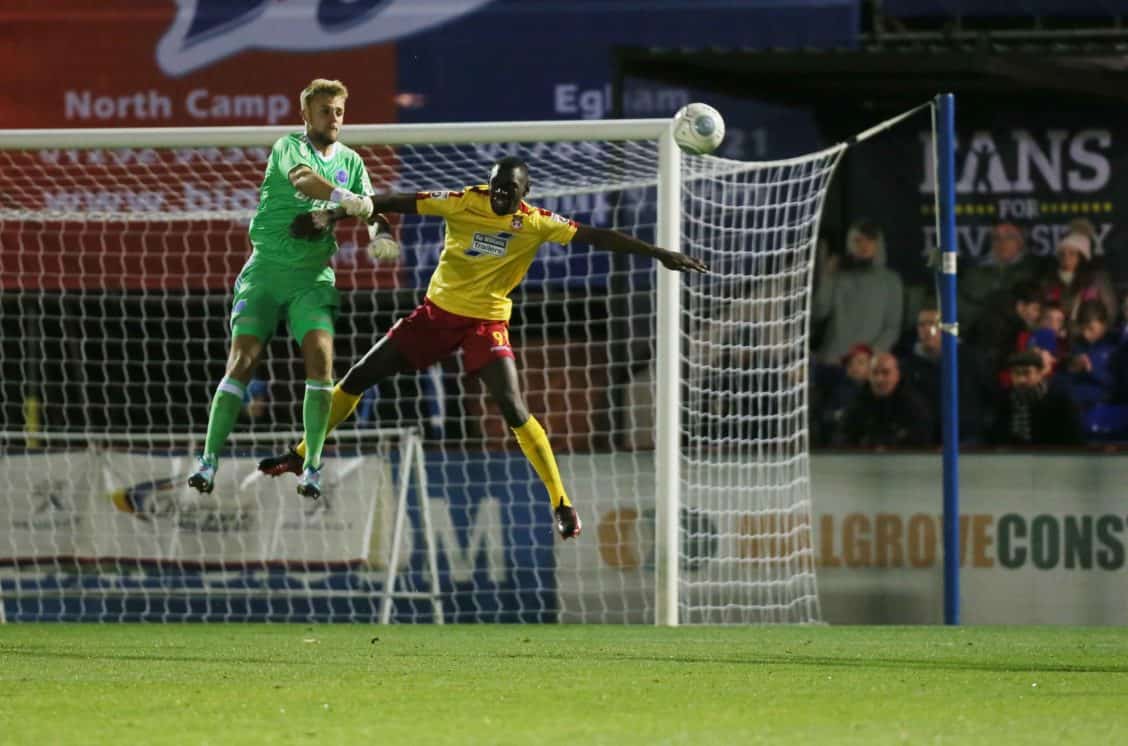 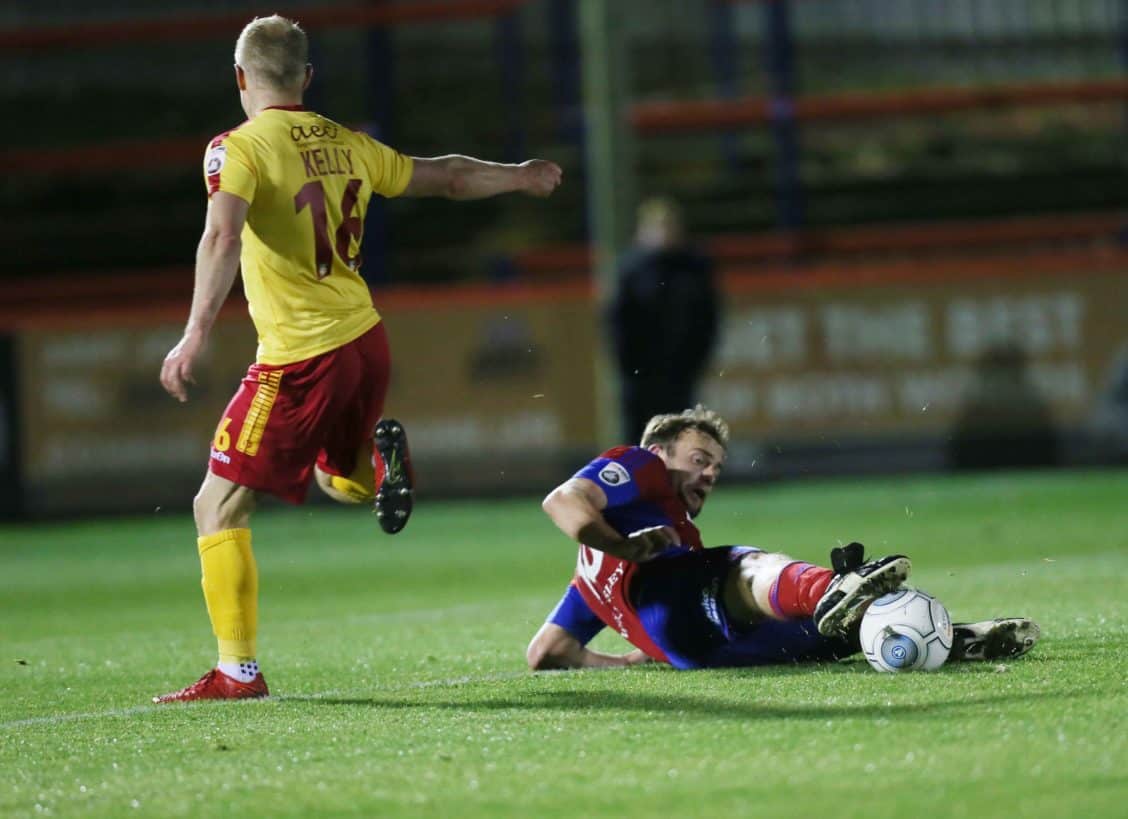 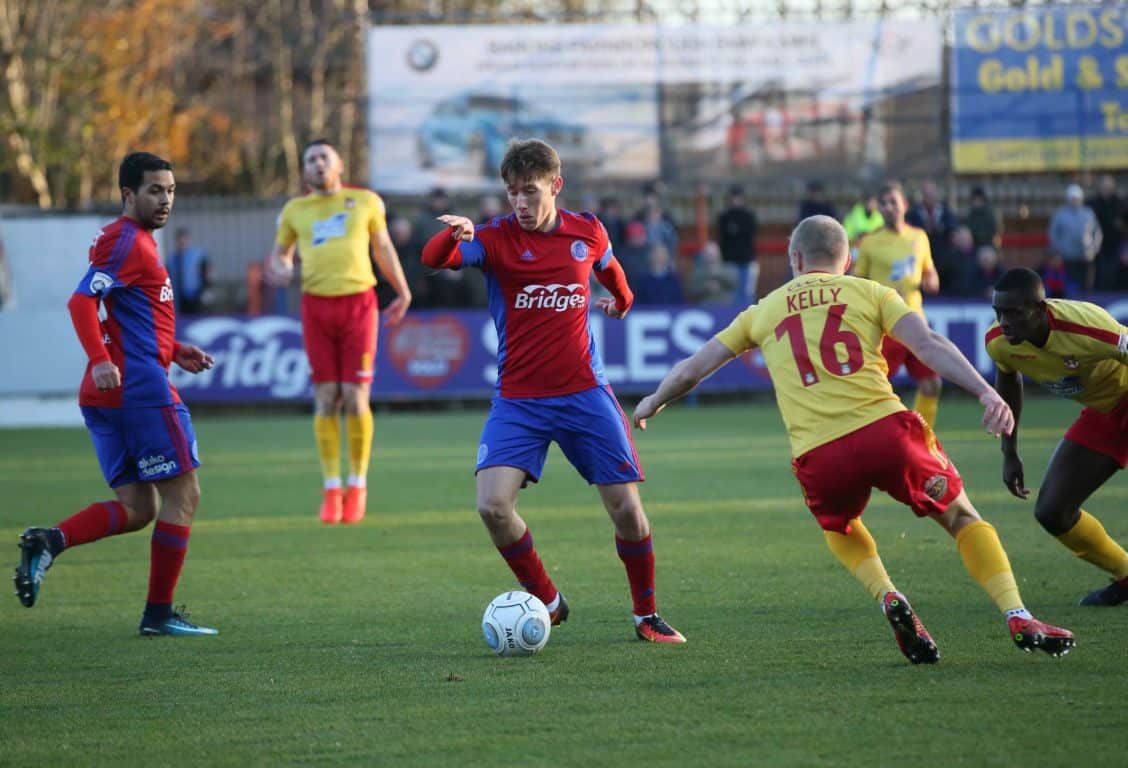 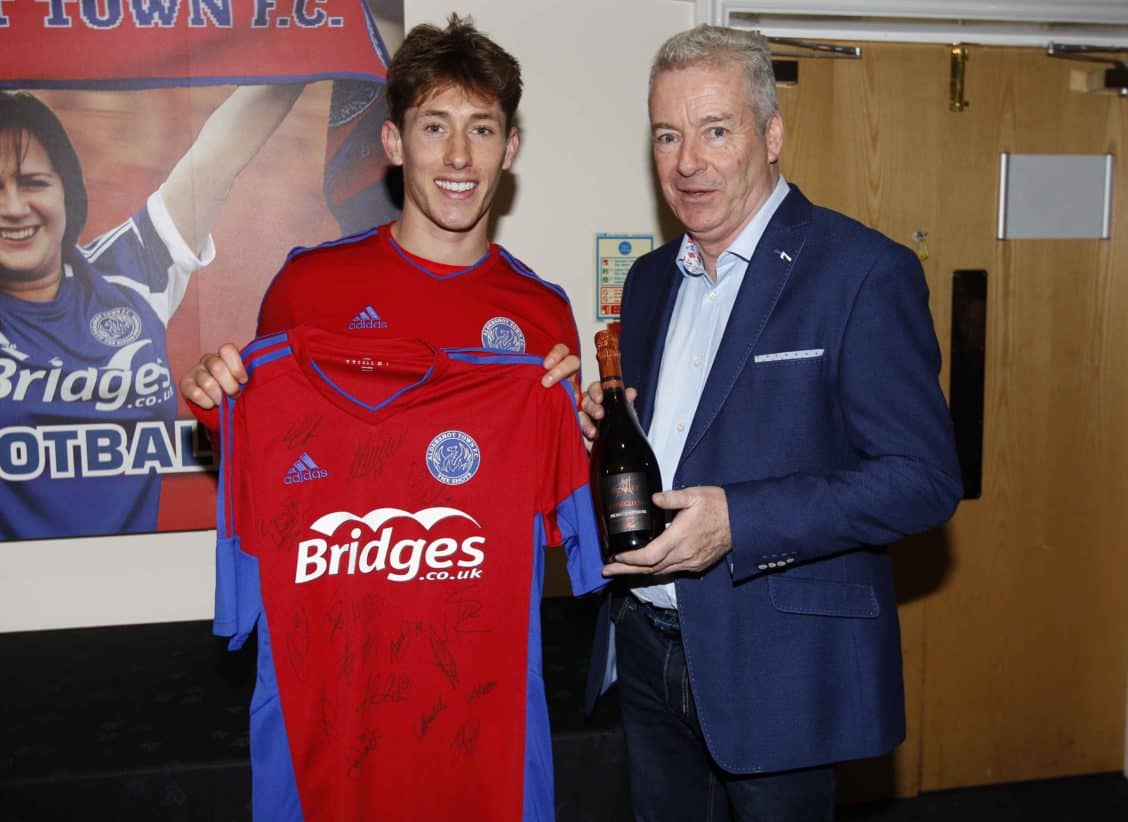