The Shots had lead 1-0 at the break, thanks to Adam McDonnell’s fine 18 yard strike on 22 minutes.

There was been a good pace and tempo from both sides, with the hosts in the ascendancy, but Jake Cole made the first save of the game, denying Fejiri Okenabirhe at the near-post with a strong block. 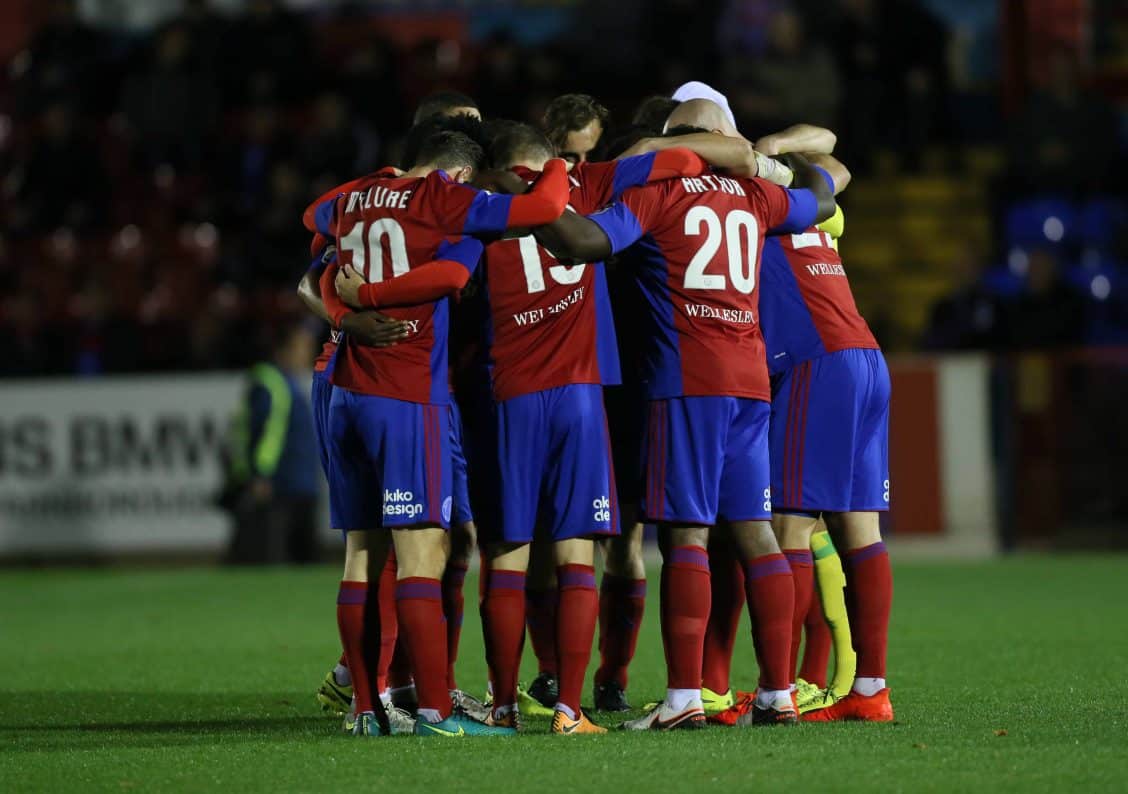 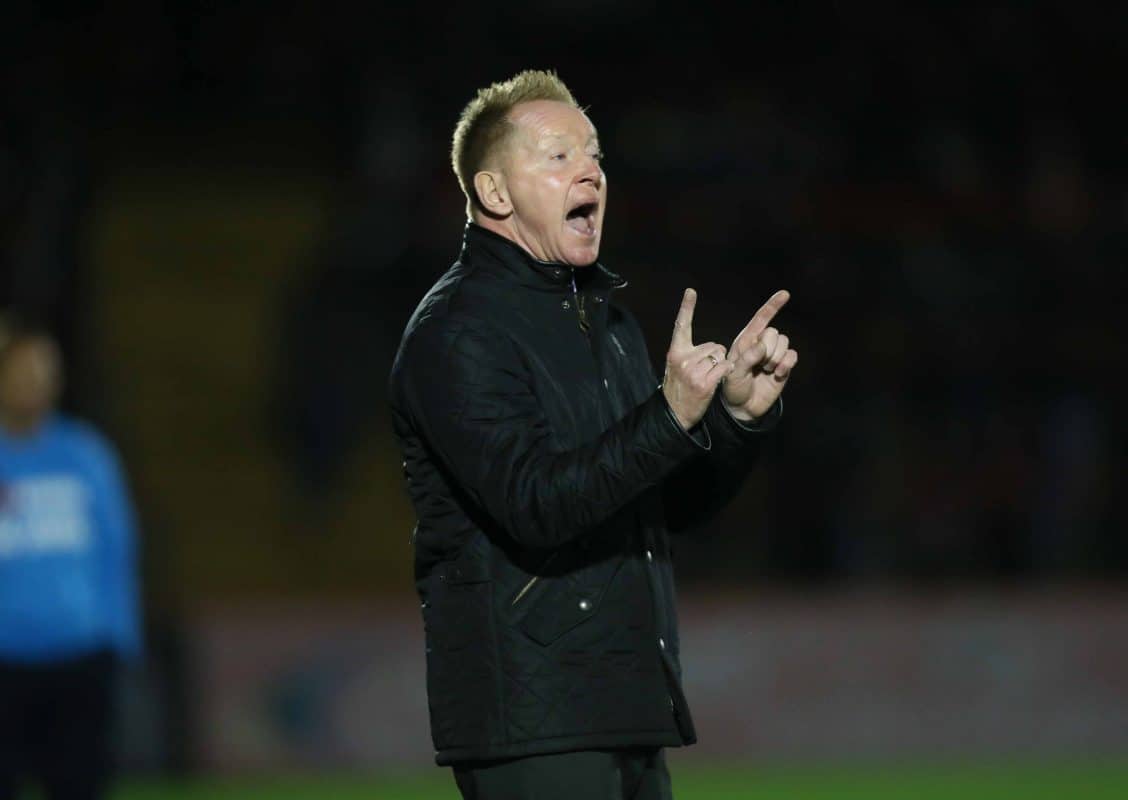 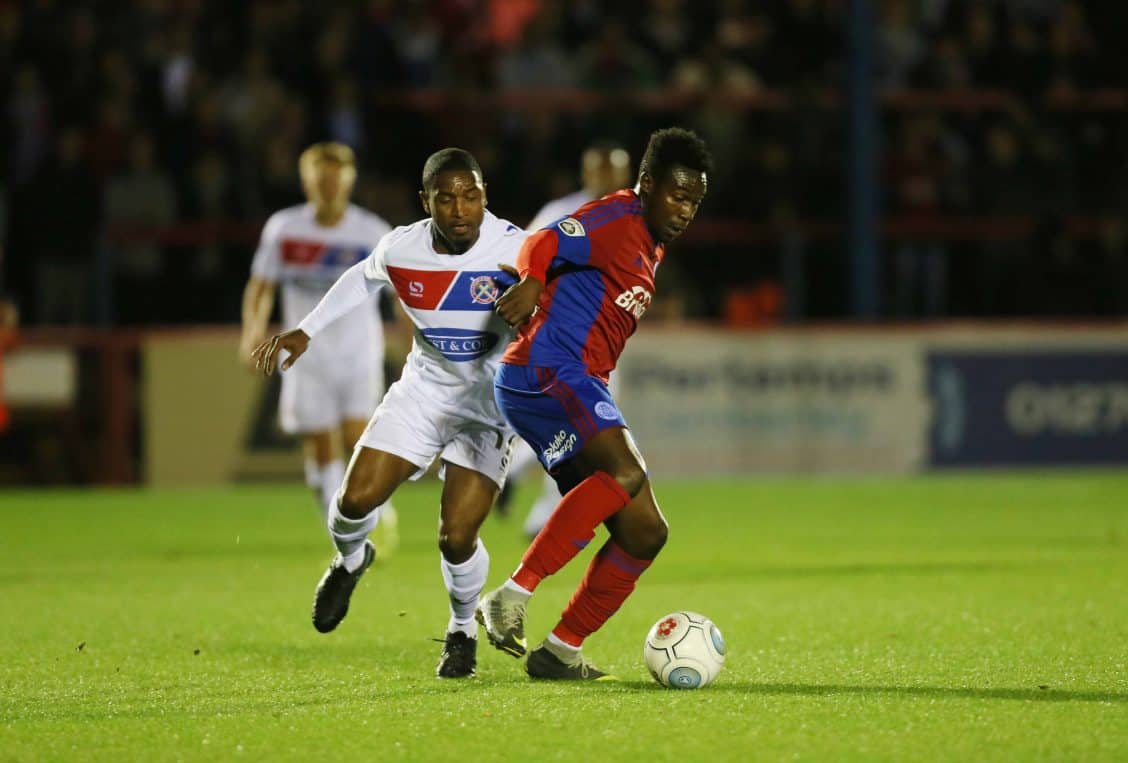 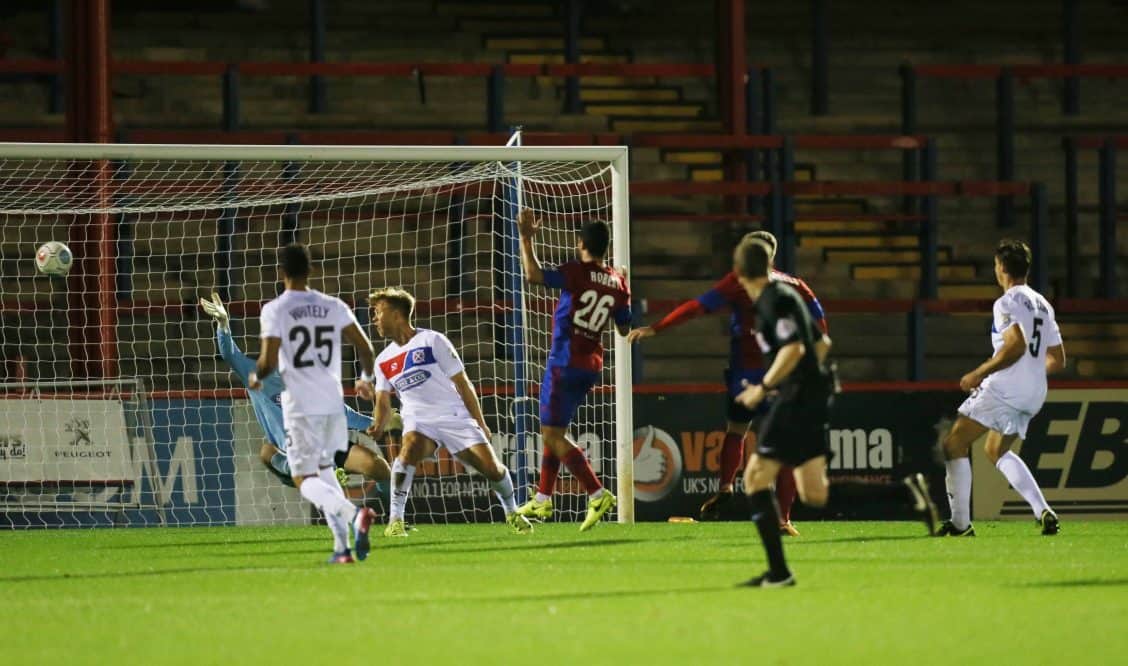 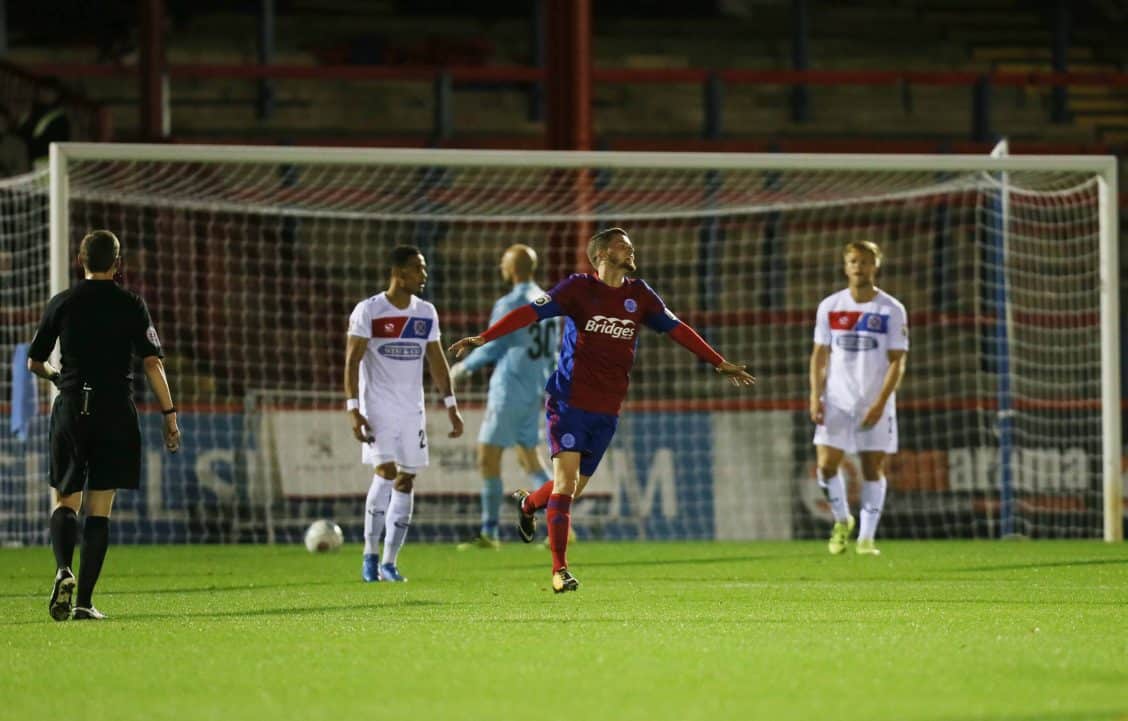 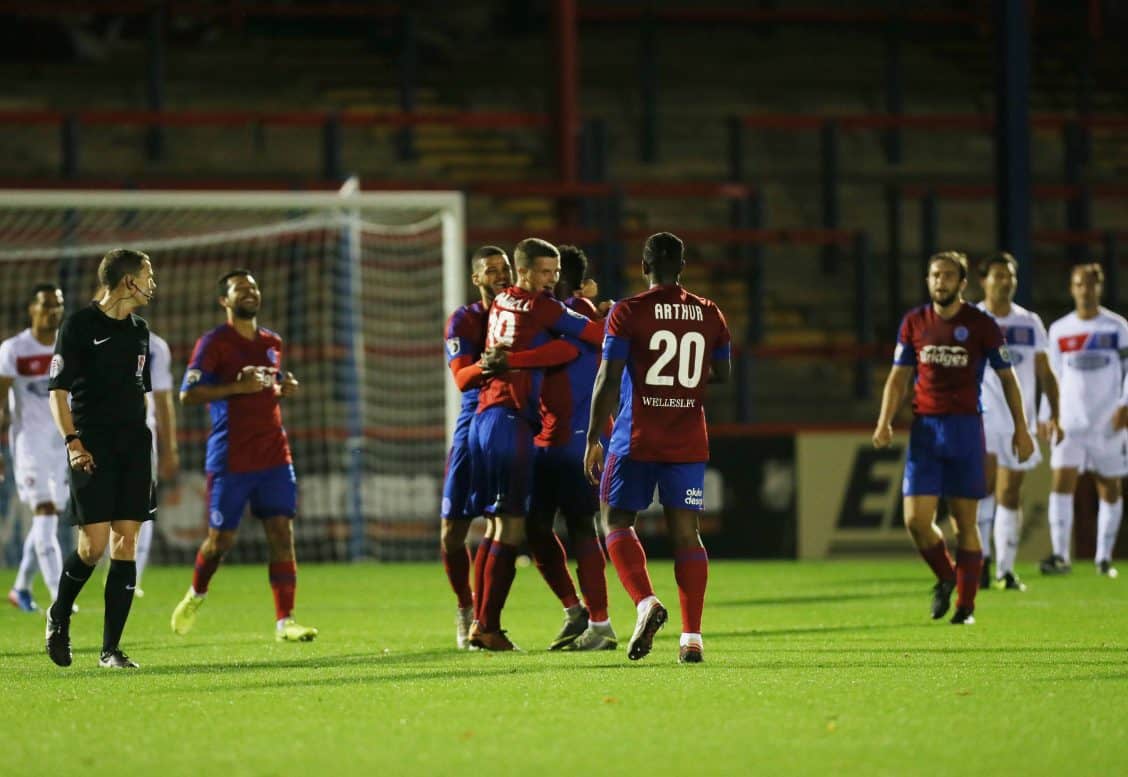 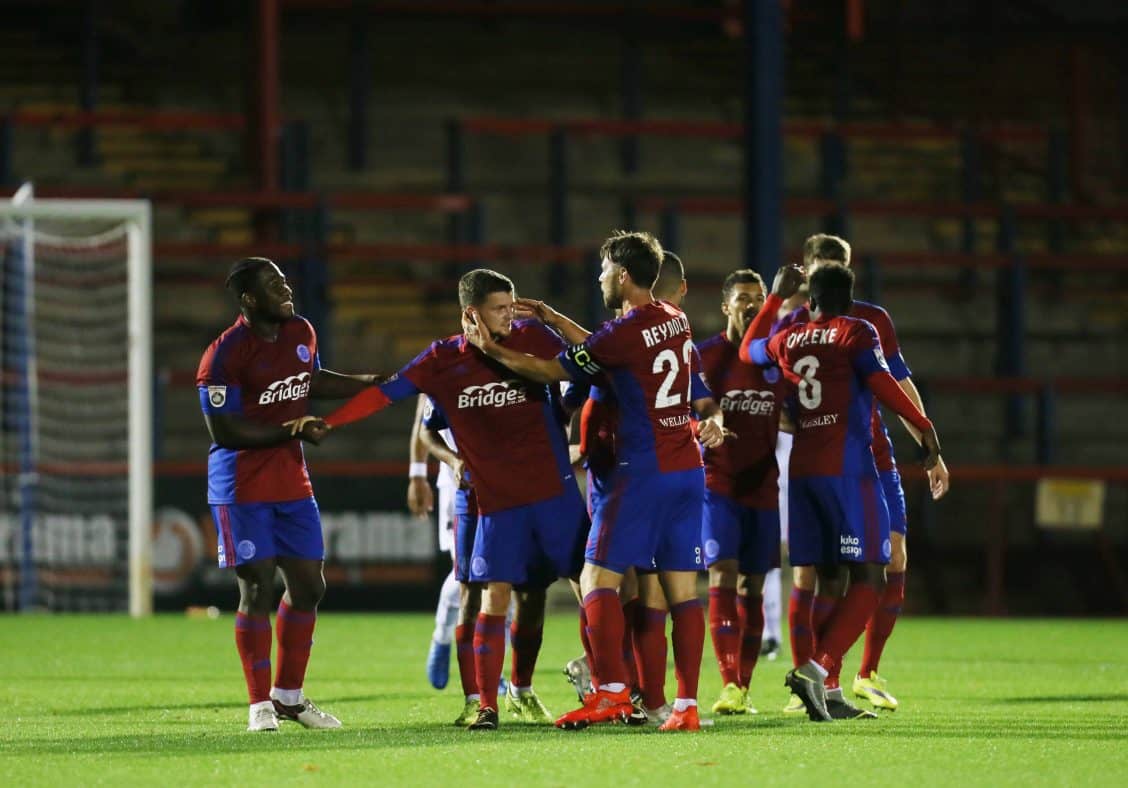