Aldershot Town fell to a 2-0 defeat as Hampshire neighbours Eastleigh clinched an Easter Monday victory at the EBB stadium.

With just one point out of six, it completed disappointing Easter weekend for Gary Waddock’s side.

Lewis Ward had to save Jim Kellermann’s inadvertent defensive header in the third minute, but nonetheless The Shots made a positive start.

A ninth-minute counter-attack saw Fabien Robert – restored to the starting line-up along with Kellermann – thread a pass through to Matt McClure. The striker raced towards goal but, in trying to bypass the advancing Graham Stack, received no more than a yellow card as he went down under the goalkeeper’s challenge.

Mark Yeates brought another save from Ward, with a curling 22-yard shot, and Stack was also called upon as Kellermann’s drive almost wrong-footed the goalkeeper, who was forced to make an unorthodox one-handed save.

On 26 minutes, Oyeleke’s pass invited Fenelon to spin past Cresswell and set-up Josh McQuoid for a shot which rolled wide of the far-post. Oyeleke then shot wide himself, before Fenelon was fed by Robert and hit an angled shot which was blocked by the sliding Cresswell.

Eastleigh, though, broke the deadlock in the 43rd minute. Kellermann’s shot was blocked and the visitors launched a pacy counter-attack. Matthews’ cross was deflected over to the far side, from where Yeates’ immediate return ball into the six-yard box was nodded in by an unmarked Chris Zebroski.

The second-half saw the rain abate somewhat, but home spirits further dwindled on 63 minutes. Broom found Zebroski on the overlap down the right and his floated cross saw Paul McCallum rise above two defenders to head the ball in at the far-post.

Ward made a double save on 69 minutes, parrying Yeates’s swerving drive and then blocking McCallum’s follow-up as he slid in with the goalkeeper.

Matthews and Broom later shot just wide, but on 81 minutes, at the other end, Fenelon pulled his shot wide after being played in by McClure. Stack was off his line to block Taylor as he broke into the box, and from the resulting corner Rowe guided a free header wide of the post.

Still Ward had to block an opportunist effort from Williamson, but the final whistle heralded a surprisingly comfortable win for the Spitfires. 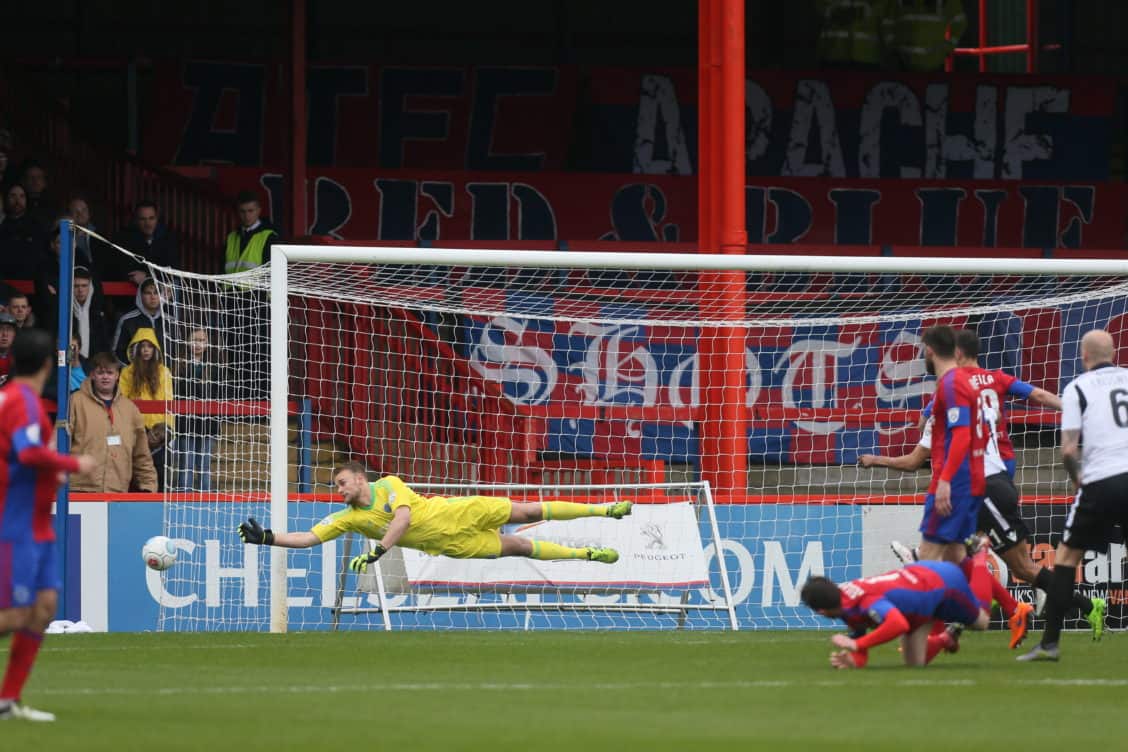 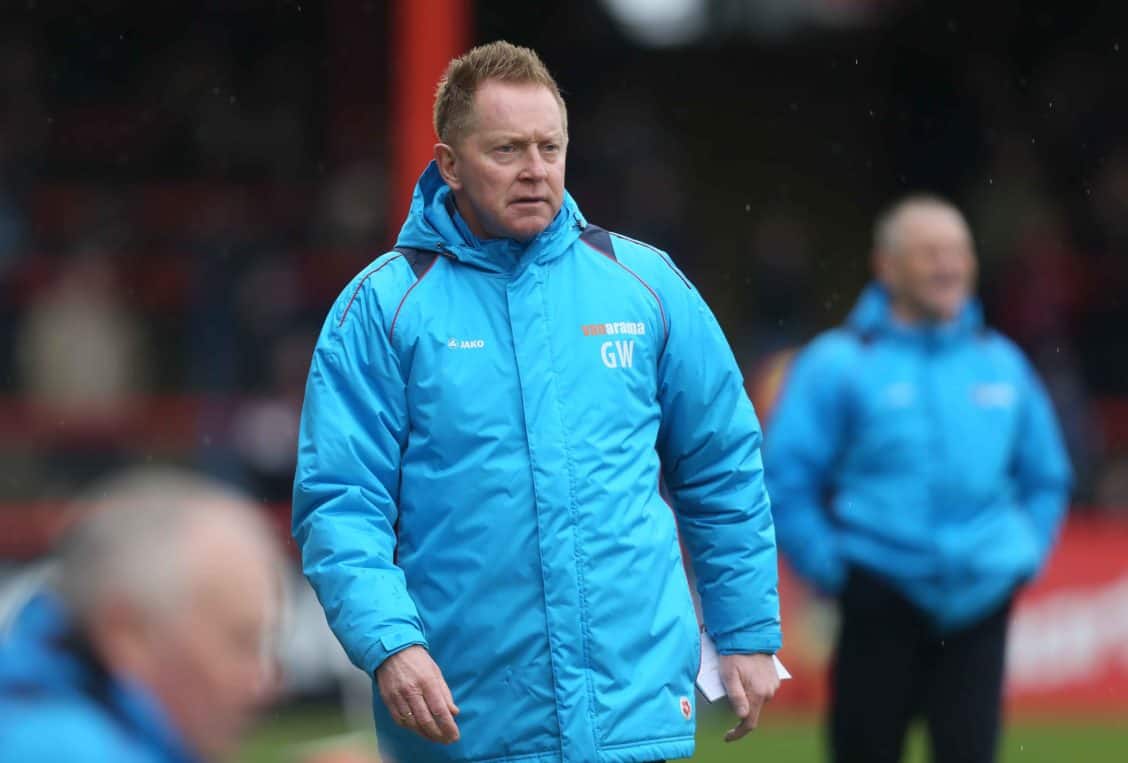 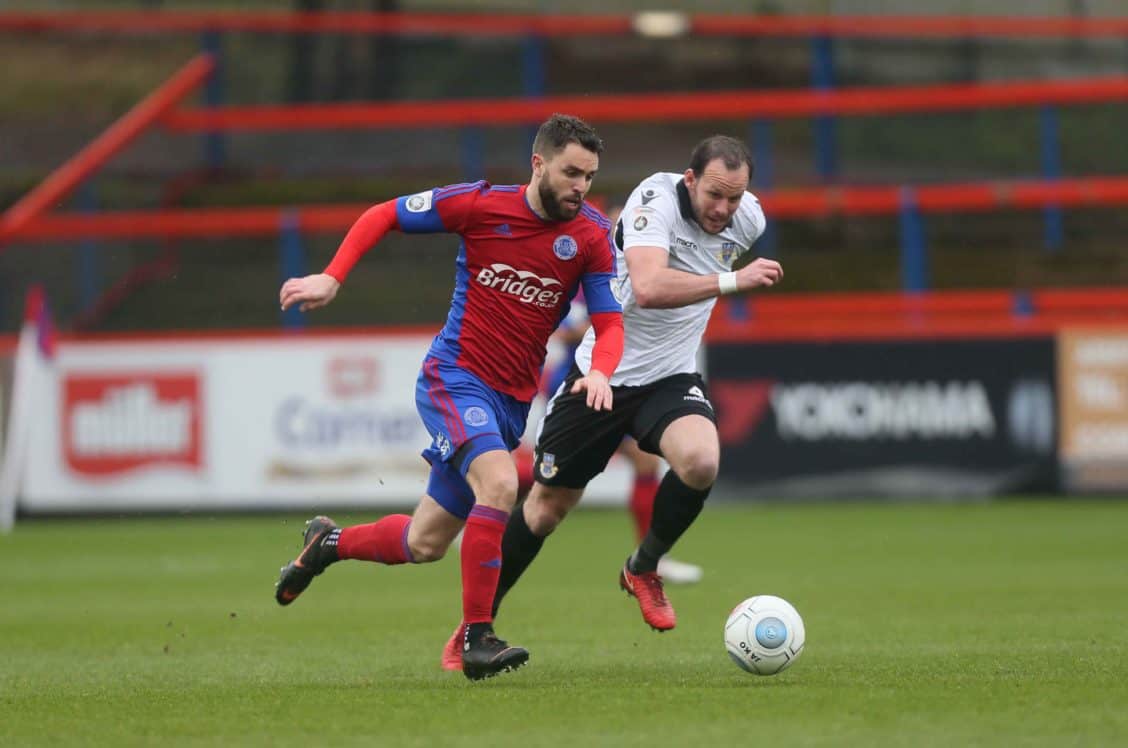 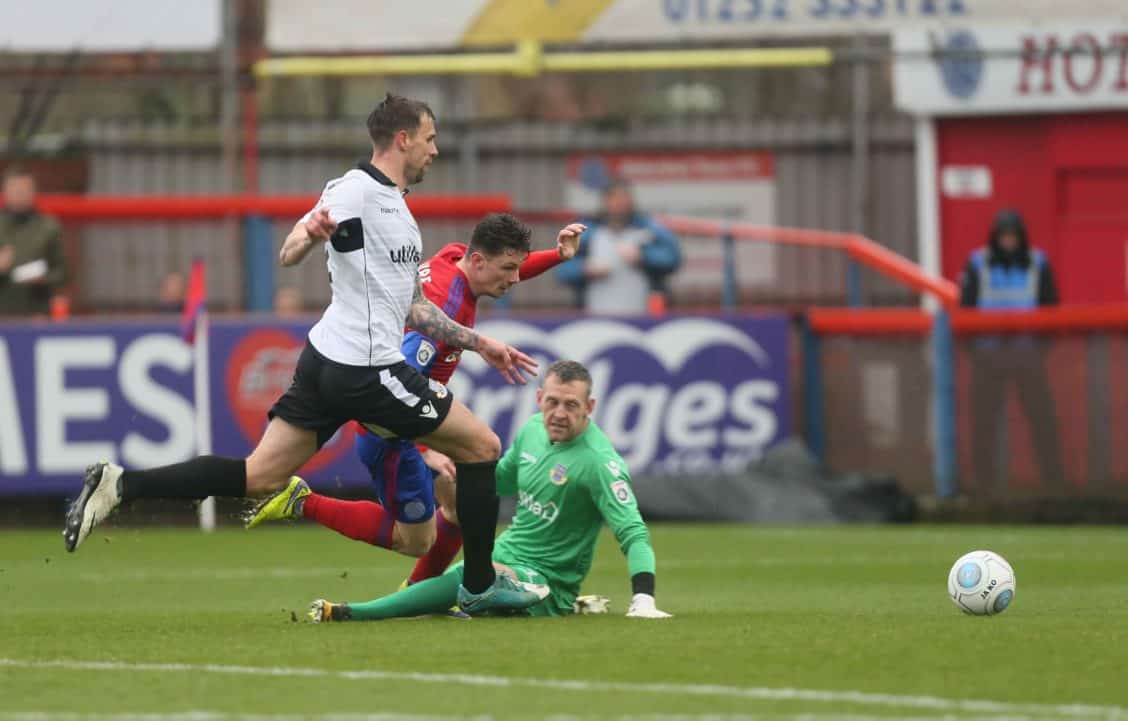 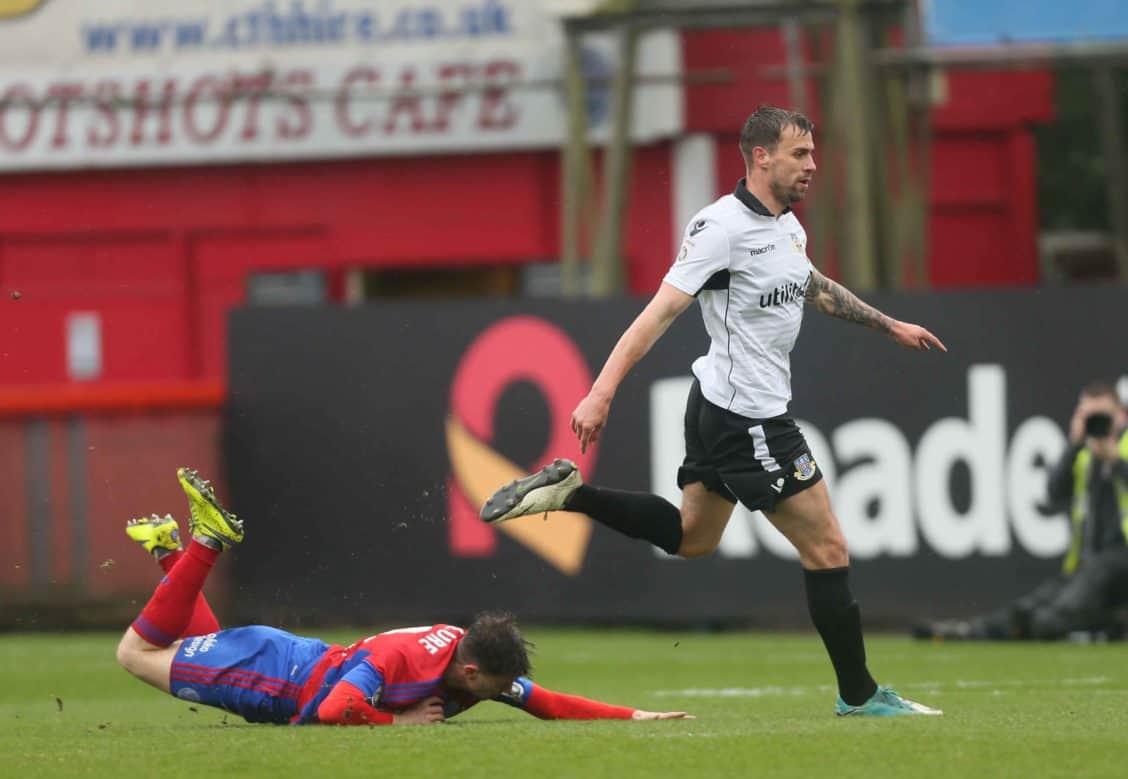 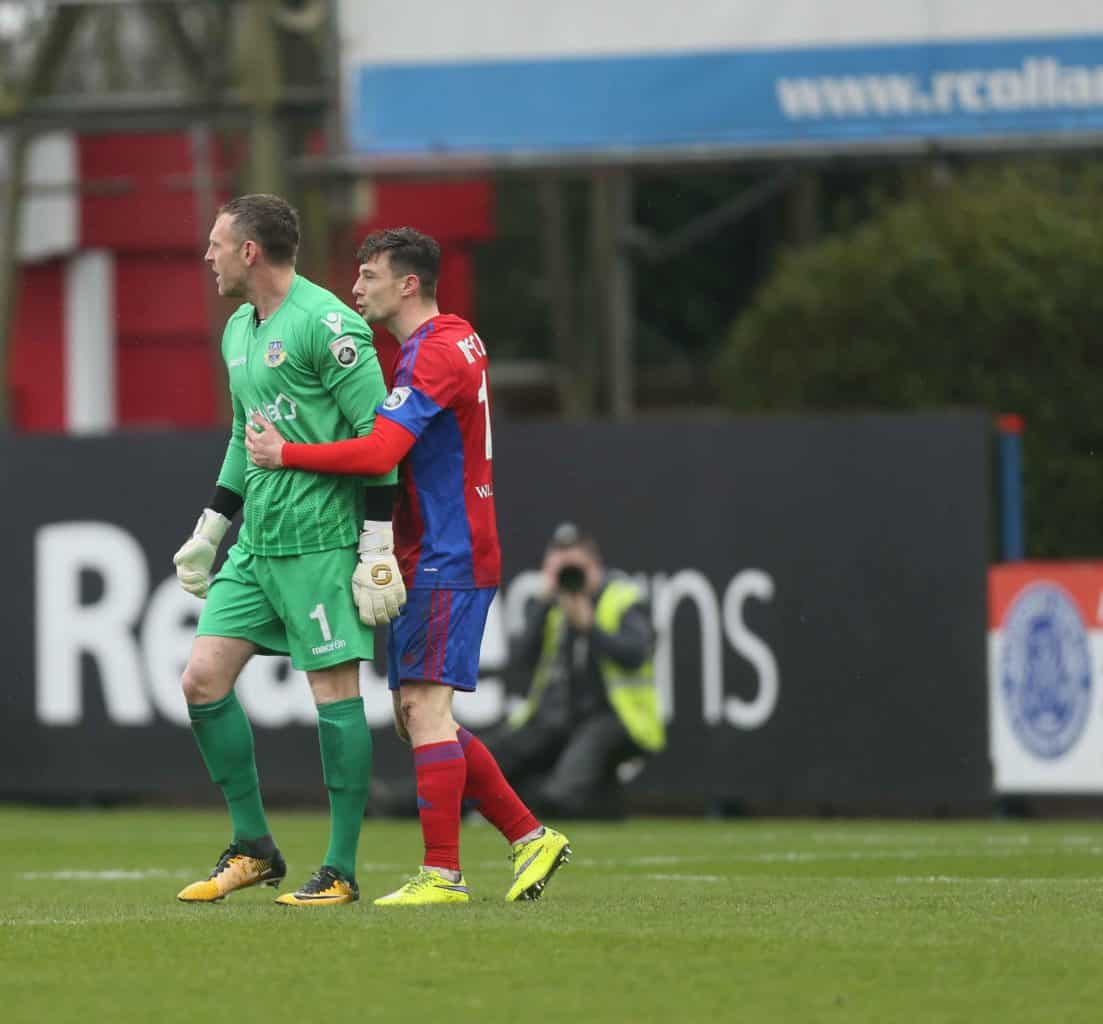 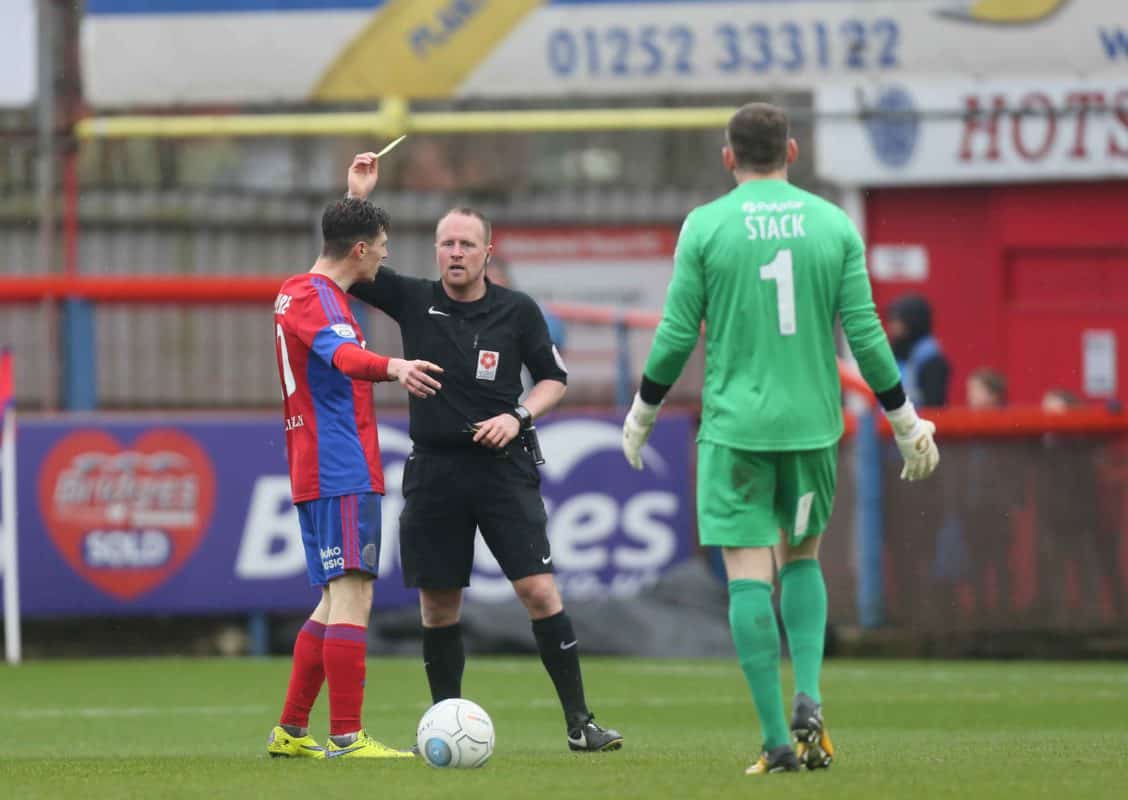 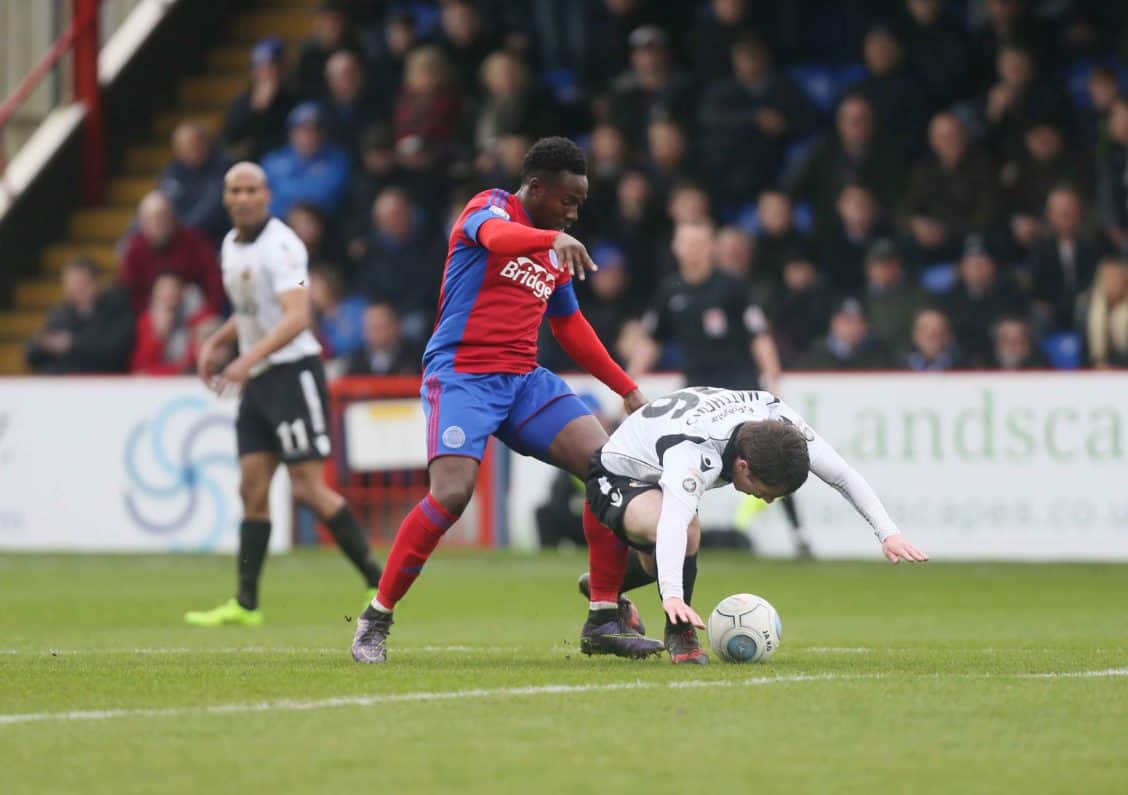 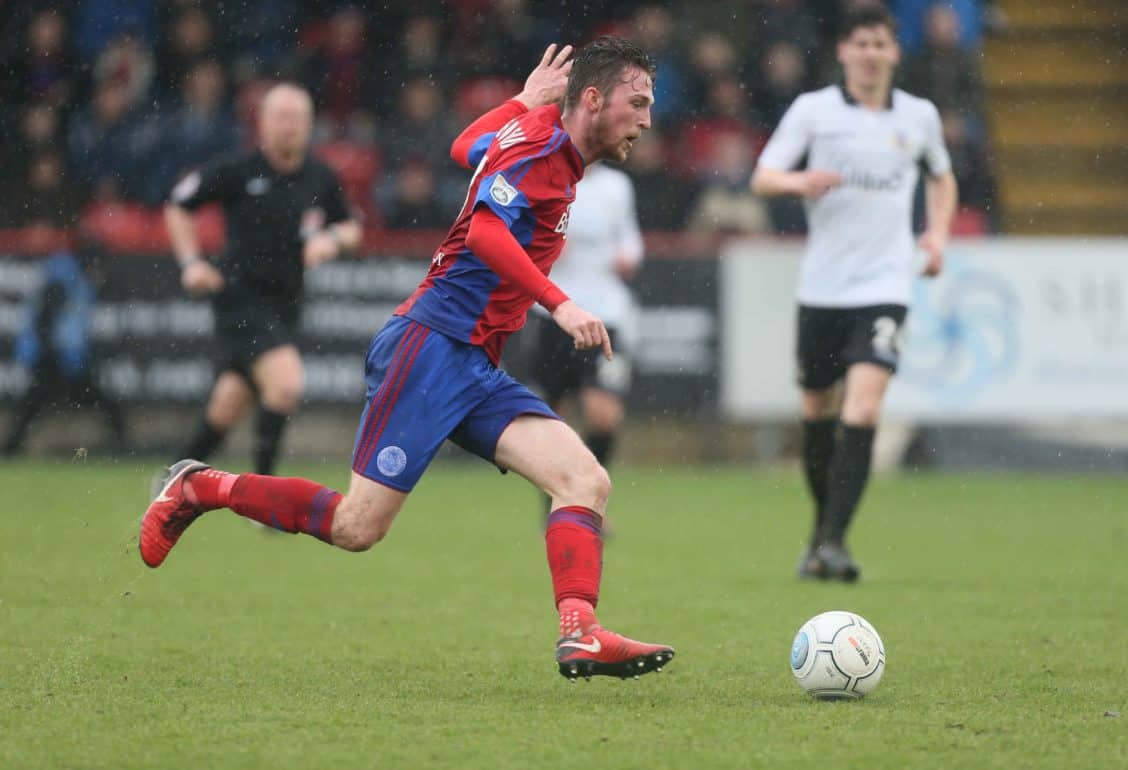 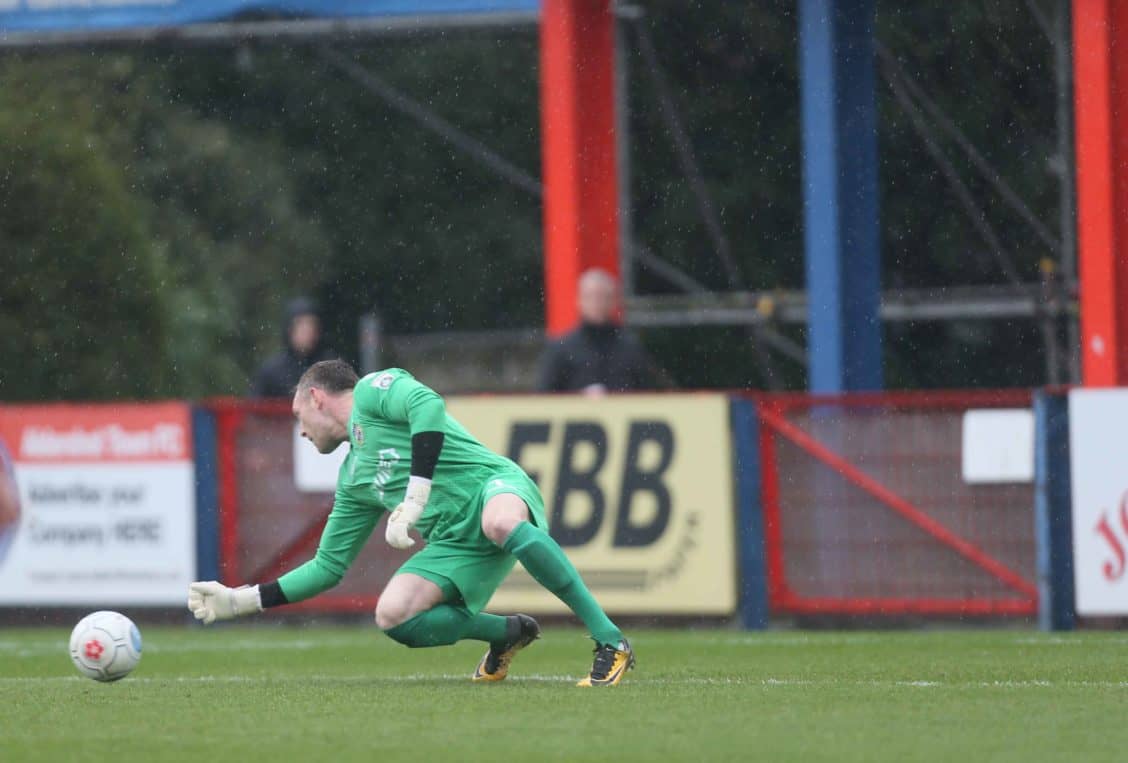 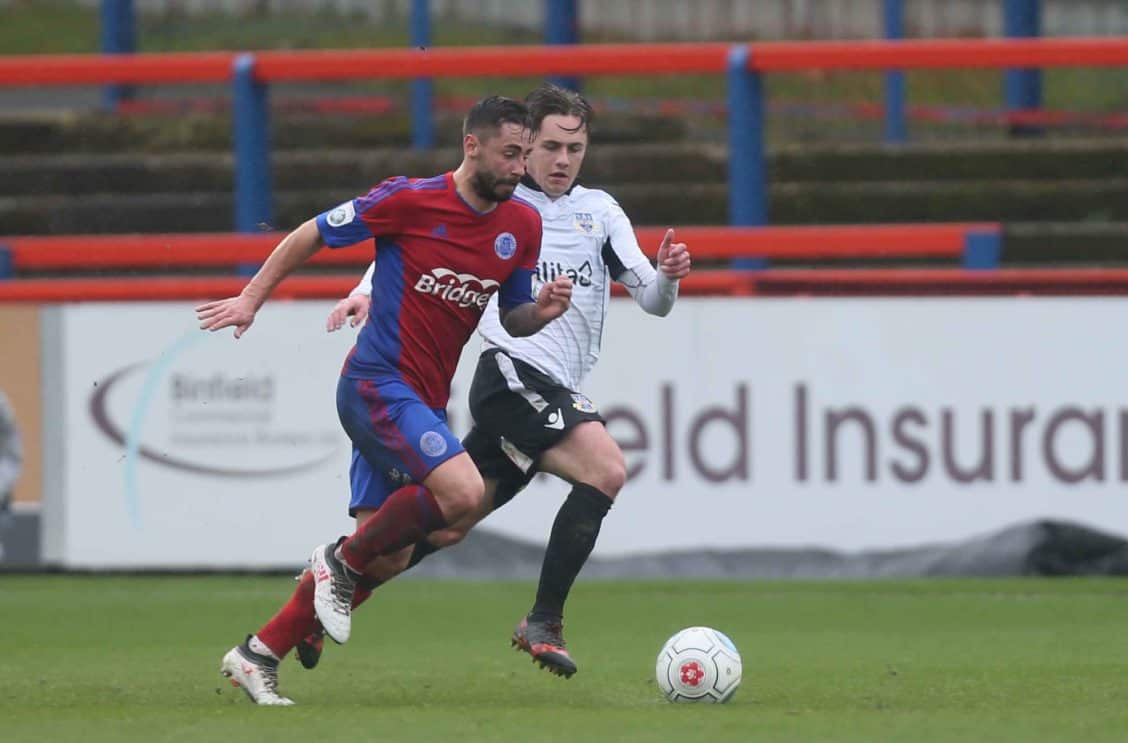 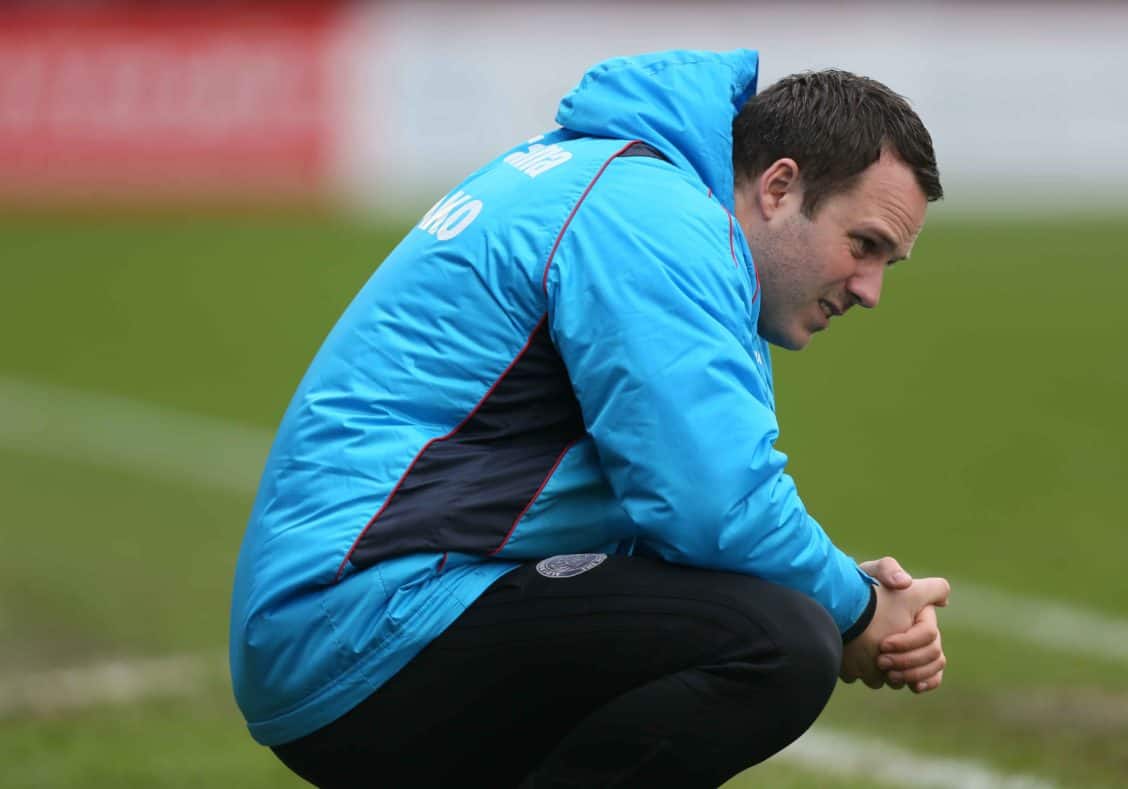 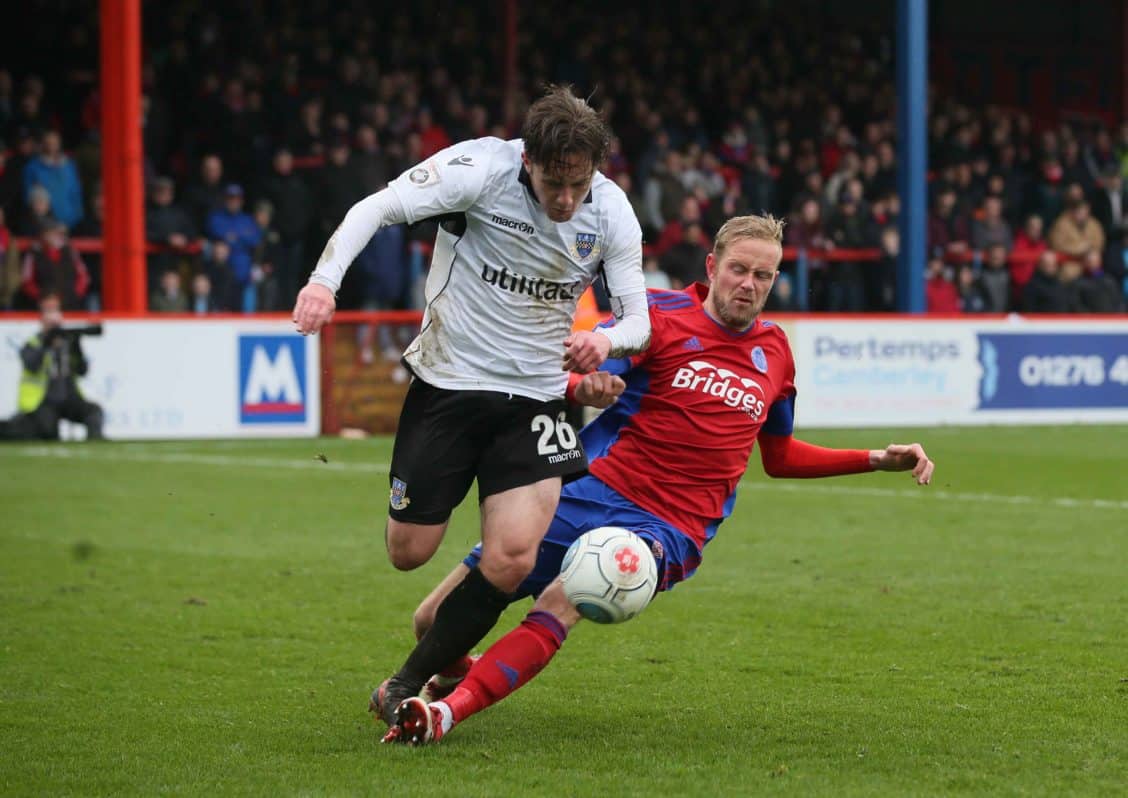 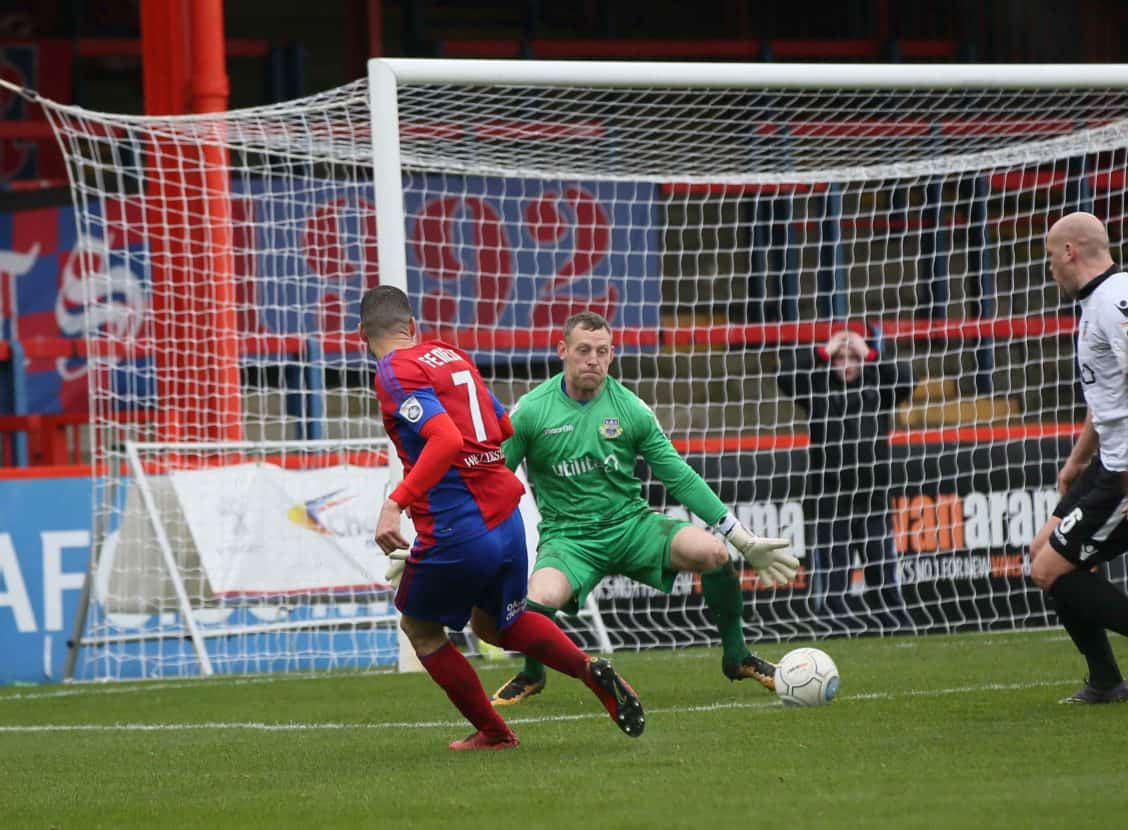 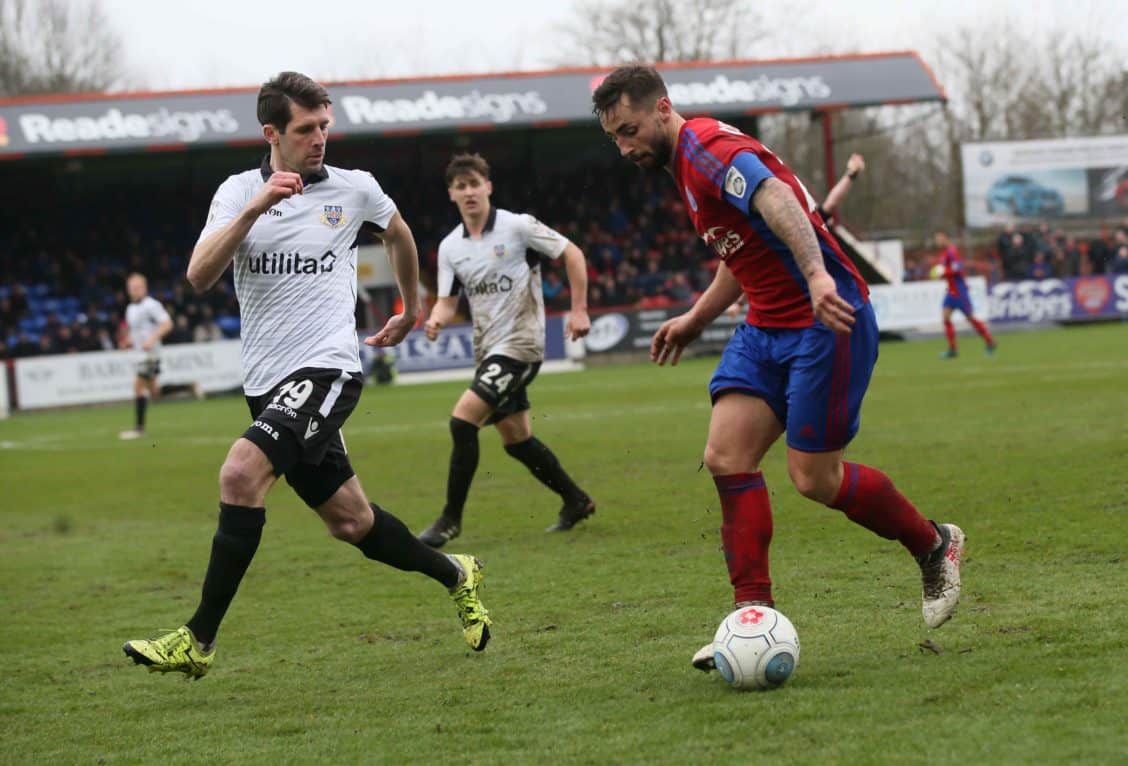 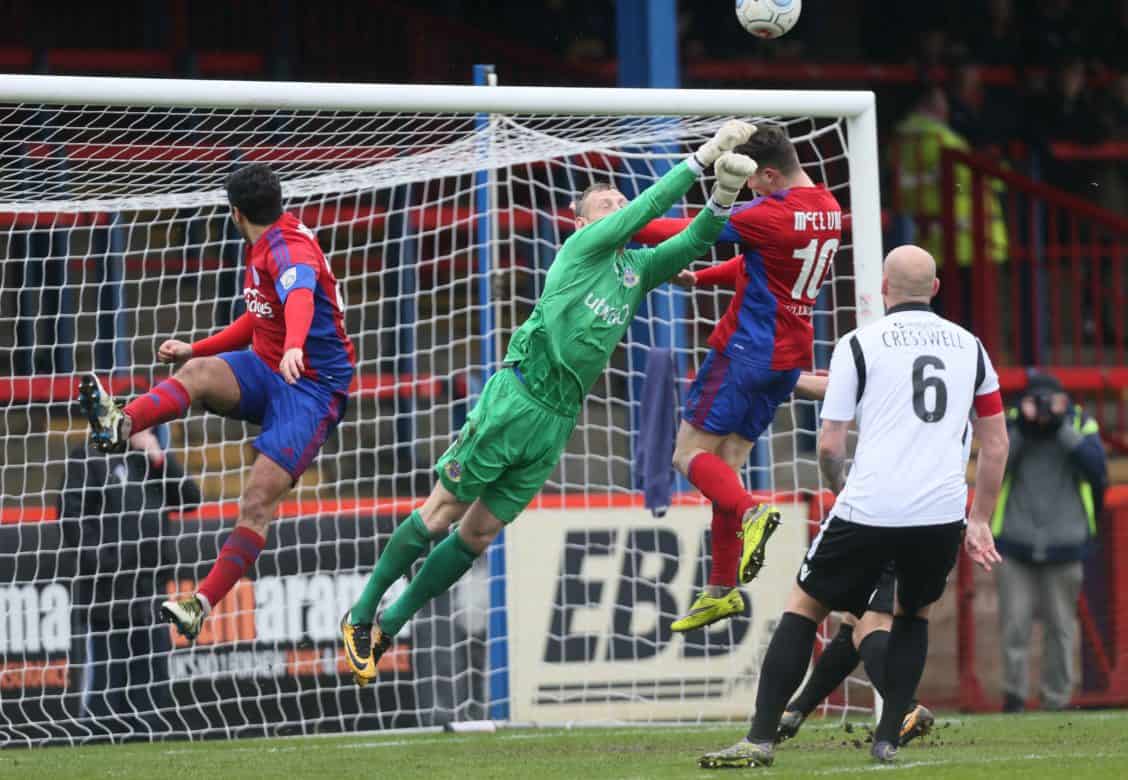 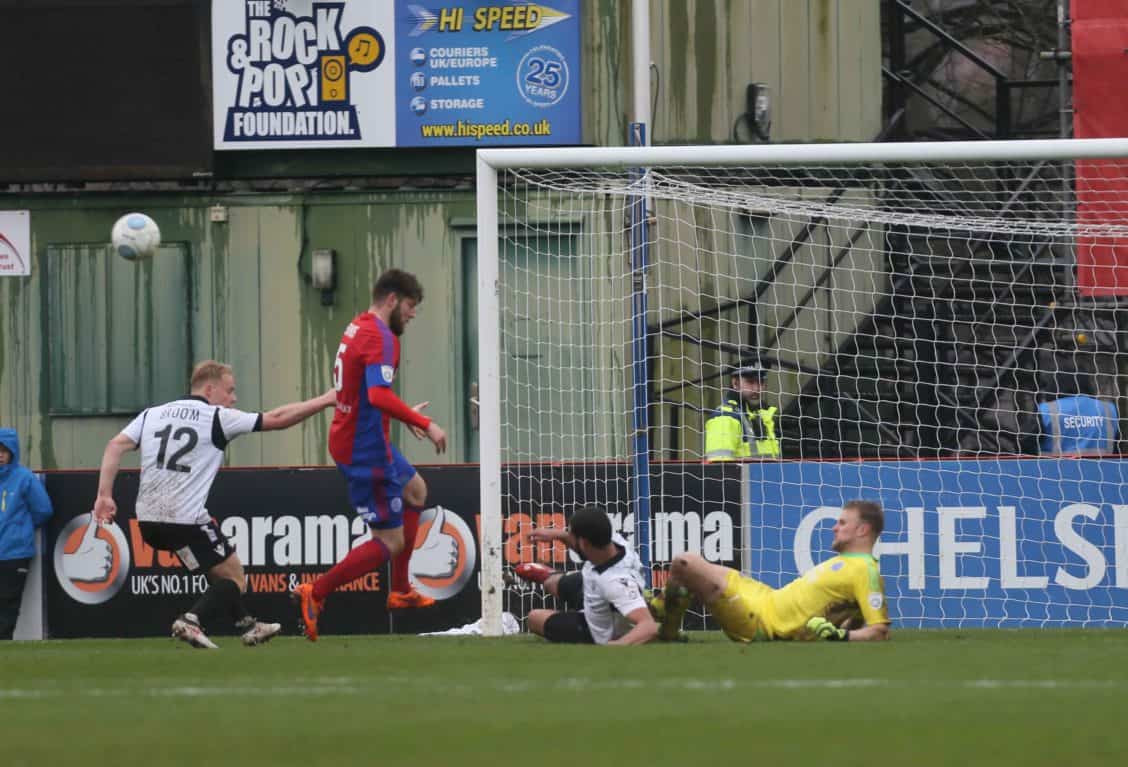 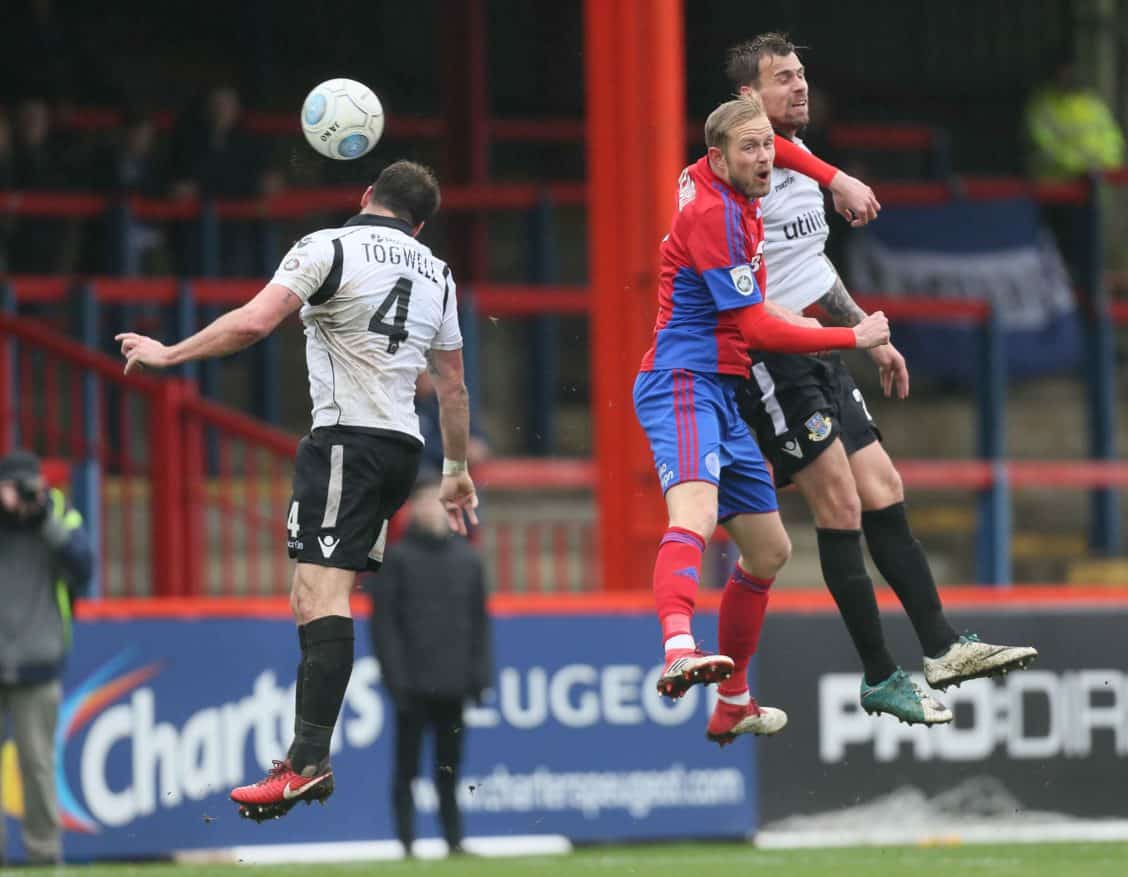 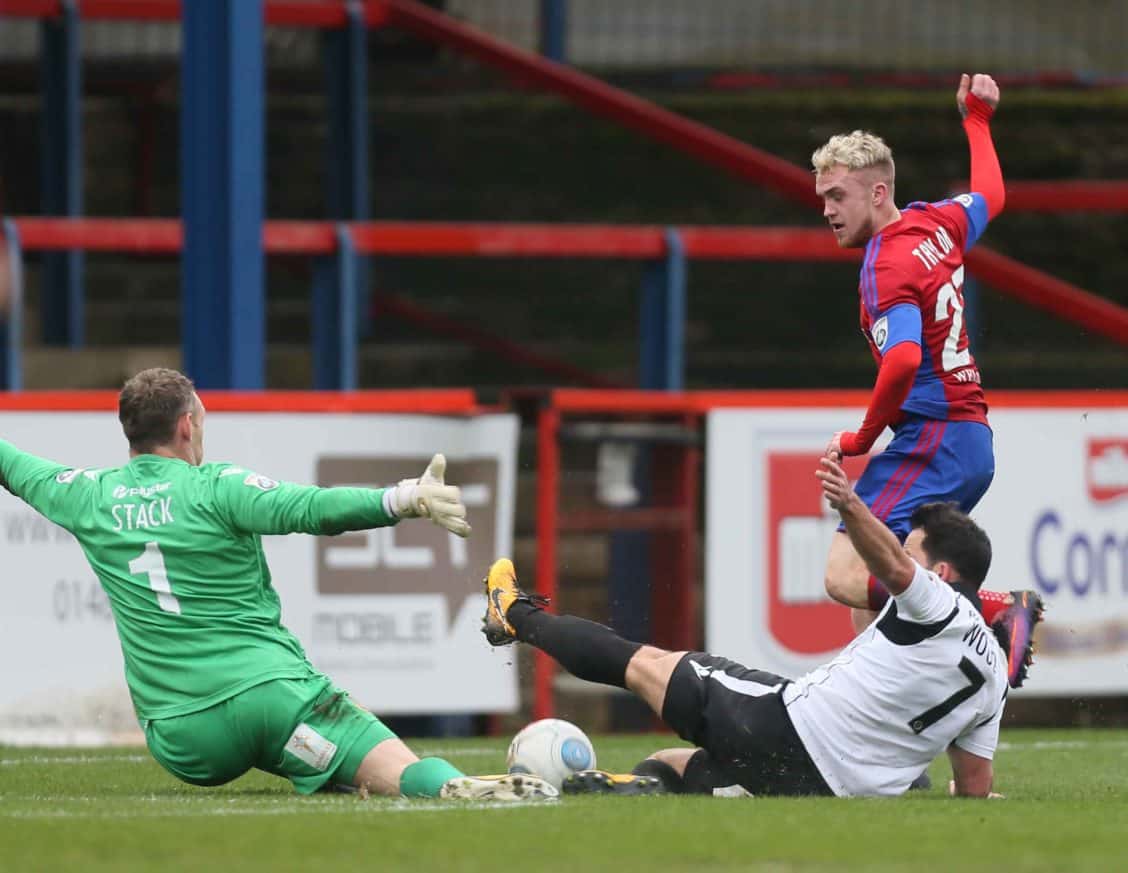 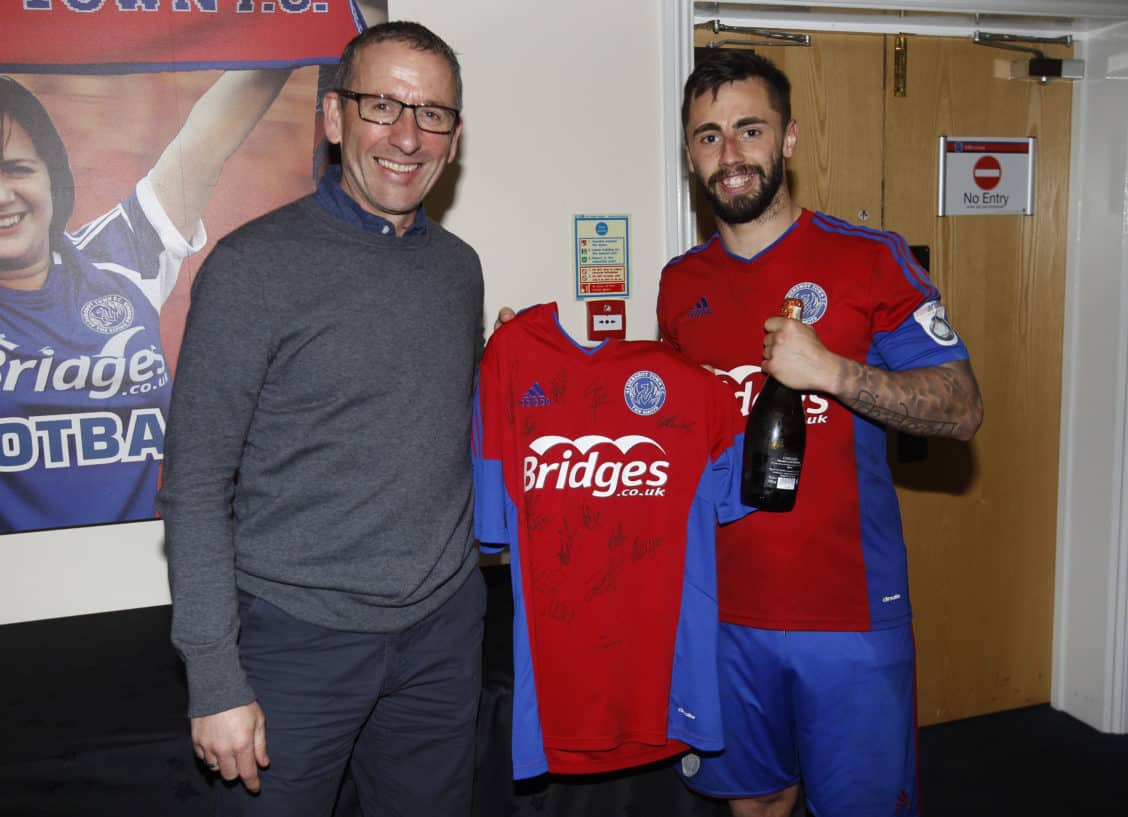 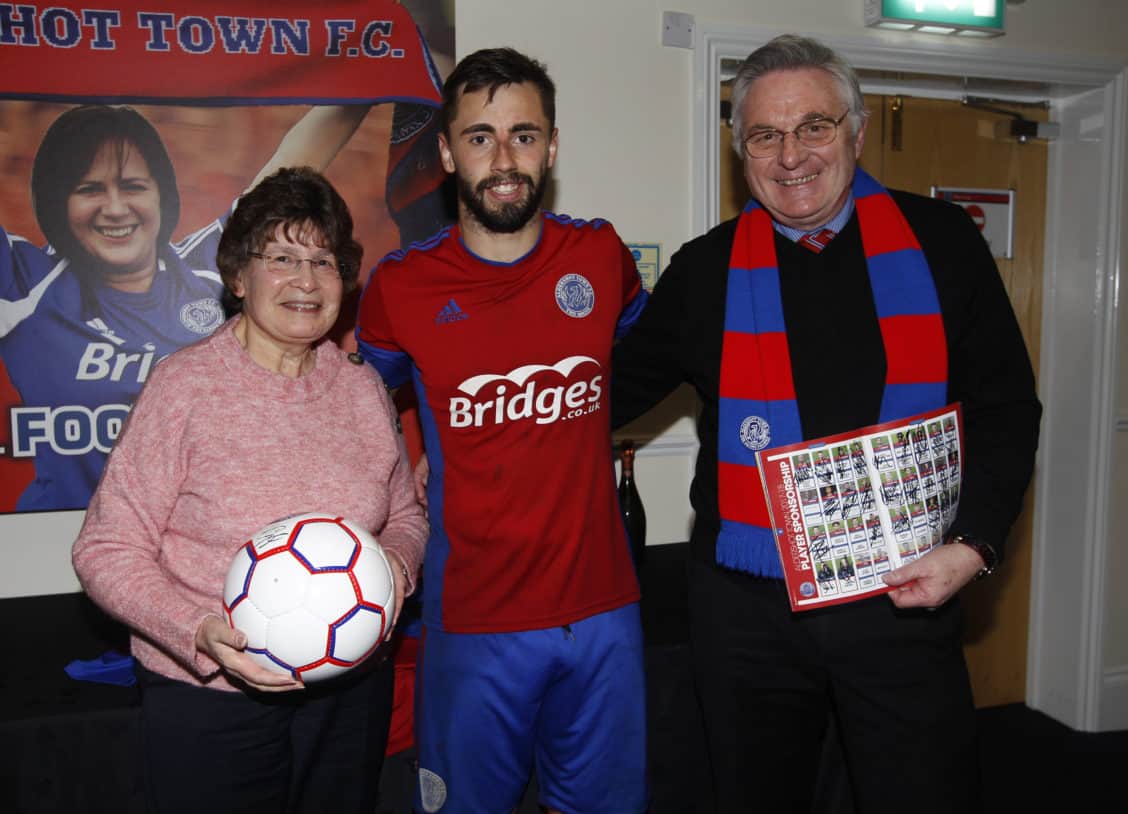