Aldershot Town kicked off another season at the EBB stadium in fine style with a thrilling 3-2 win against Torquay United which kept The Shots top of the early league table.

Off the back of their win on Saturday against FC Halifax Town, Aldershot Town continued their strong start with goals from Shamir Fenelon, Bobby-Joe Taylor and Shaun Okojie.

Fenelon’s goal came in the fifth minute when a Jake Gallagher shot, courtesy of a through ball from James Rowe, was parried by goalkeeper Ryan Clarke. The ball dropped perfectly for Fenelon to quickly tap it in to the empty net.

Torquay, though, equalised less than three minutes later, when Ruari Keating went down under a challenge from Cheye Alexander. Luke Young’s 22-yard free kick flew over the wall and straight into the back of the net.

Man of the Match Rowe wanted his second goal in two games, but his smooth shot from outside the box was palmed away by Clarke for a corner. Rowe took the corner himself, directed towards Nick Arnold on the edge of the box, only for his shot to be deflected by Fenelon onto the post.

Arnold, again a prominent figure down the left side, then played in Rowe, who glided into the box to fashion a cross which was swiftly intercepted. The loose ball dropped to Fenelon but his rushed effort saw the ball fly over the Community Stand.

Two minutes into the second-half saw Bobby-Joe Taylor’s efforts rewarded, when a low cross from Fenelon was swiftly turned into the bottom right corner to restore The Shots’ lead.

Another Arnold cross was fed through to Rowe down the left-wing in the 67th minute, and his fierce shot was blocked by the Torquay defence.

A minute later and The Gulls thought they had equalised. Reid’s header beat Cole but, after lengthy deliberation, the referee’s call for offside ultimately left Torquay supporters in frustration and Shots jubilant. Their delight continued when Shaun Okojie headed in a James Rowe corner from virtually underneath the crossbar to notch a well-deserved first goal for the former Corinthian-Casuals striker.

The Gulls made it a nervy last few moments with a last-minute goal to reduce the arrears – as Jon-Paul Pittman nodded in Jamie Reid’s corner – but it was too little too late for the visitors.

An excited atmosphere floated around the EBB stadium and will continue until Saturday, when Guiseley take on The Shots, looking for their own first win of the season. 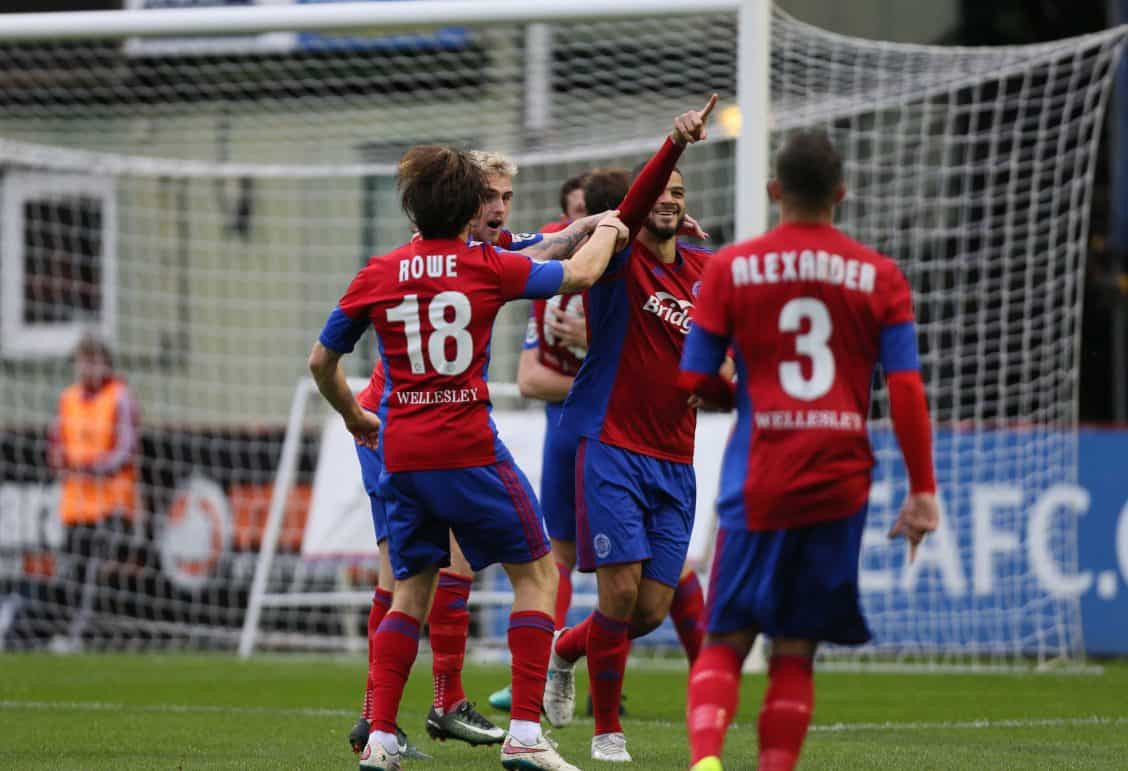 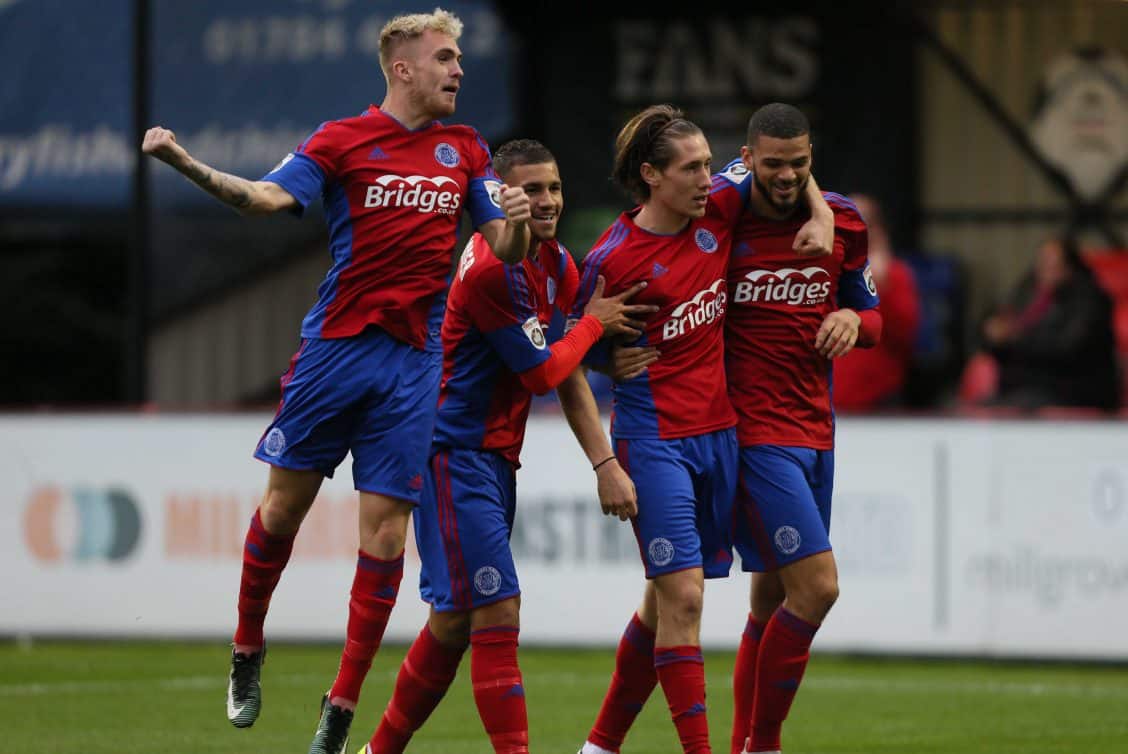 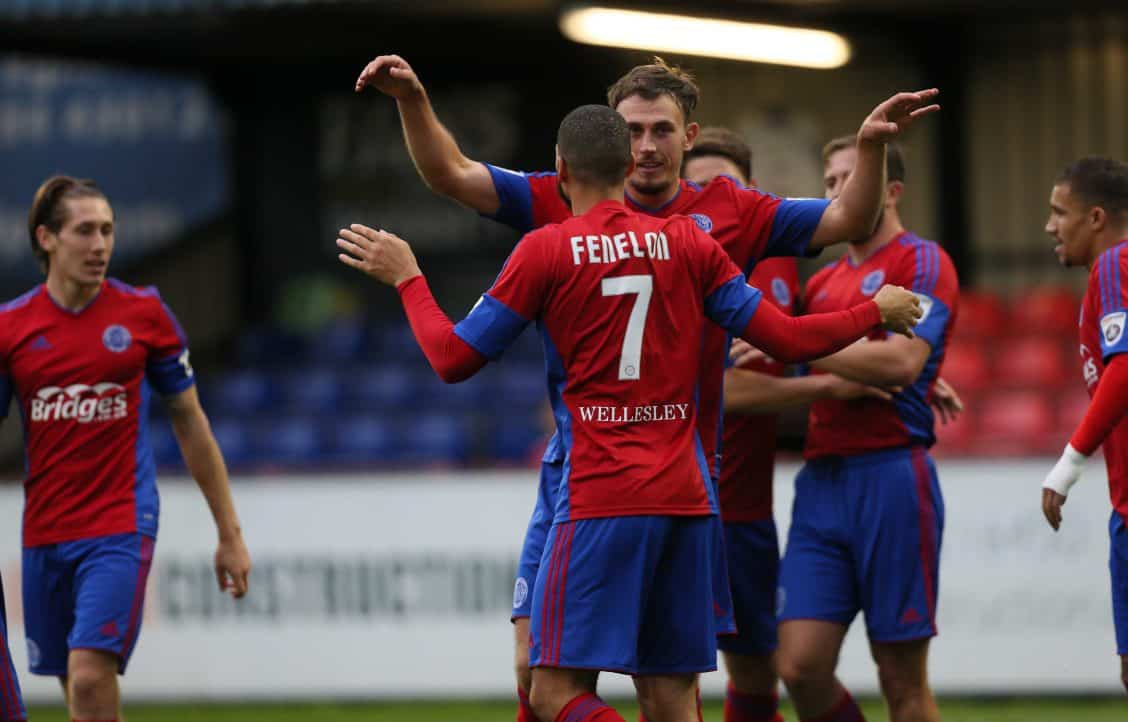 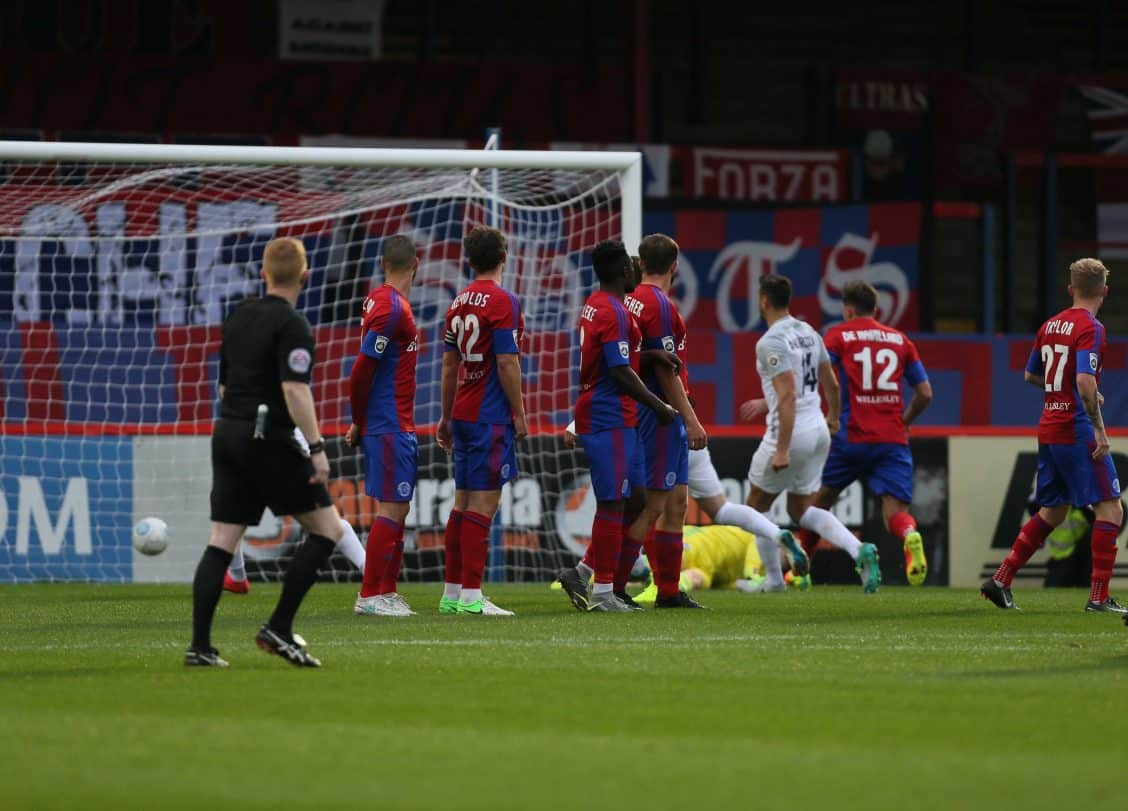 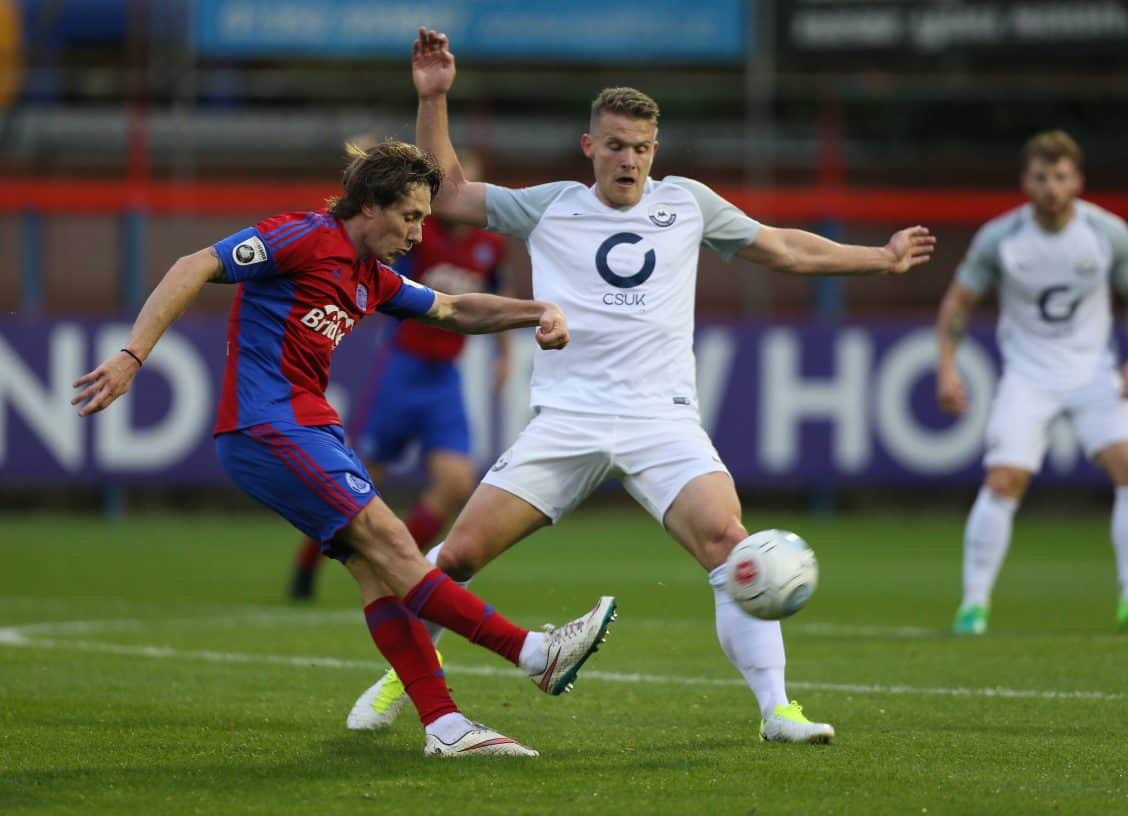 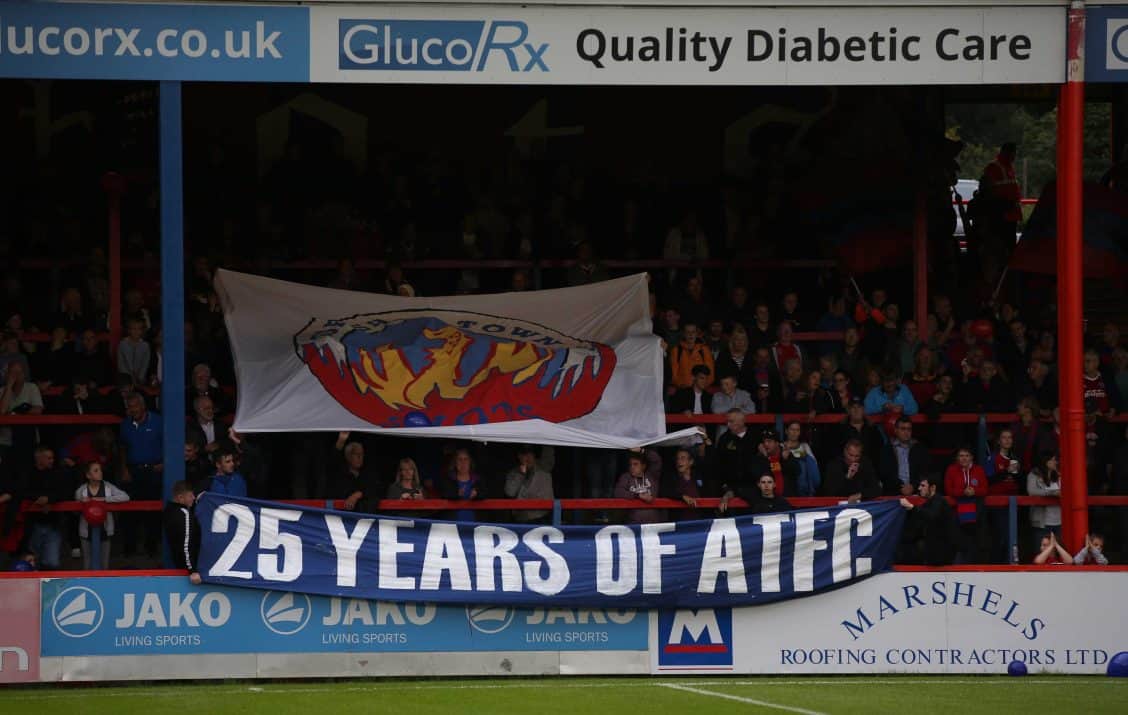 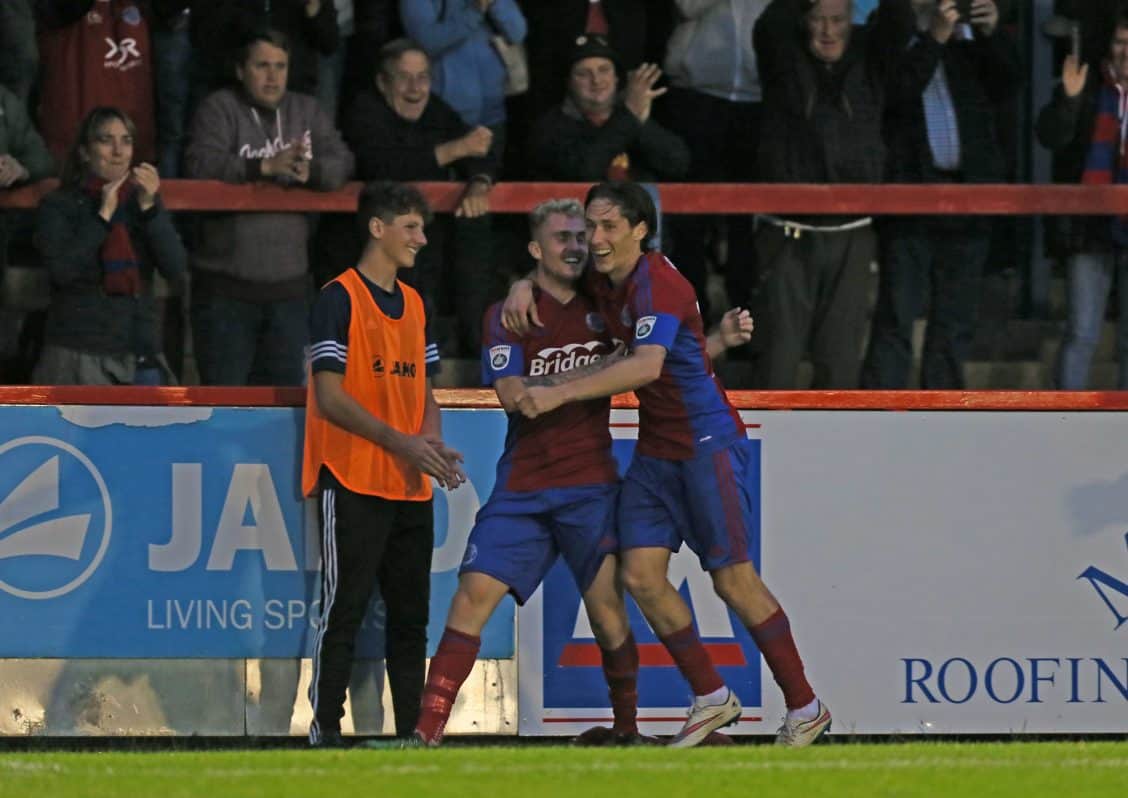 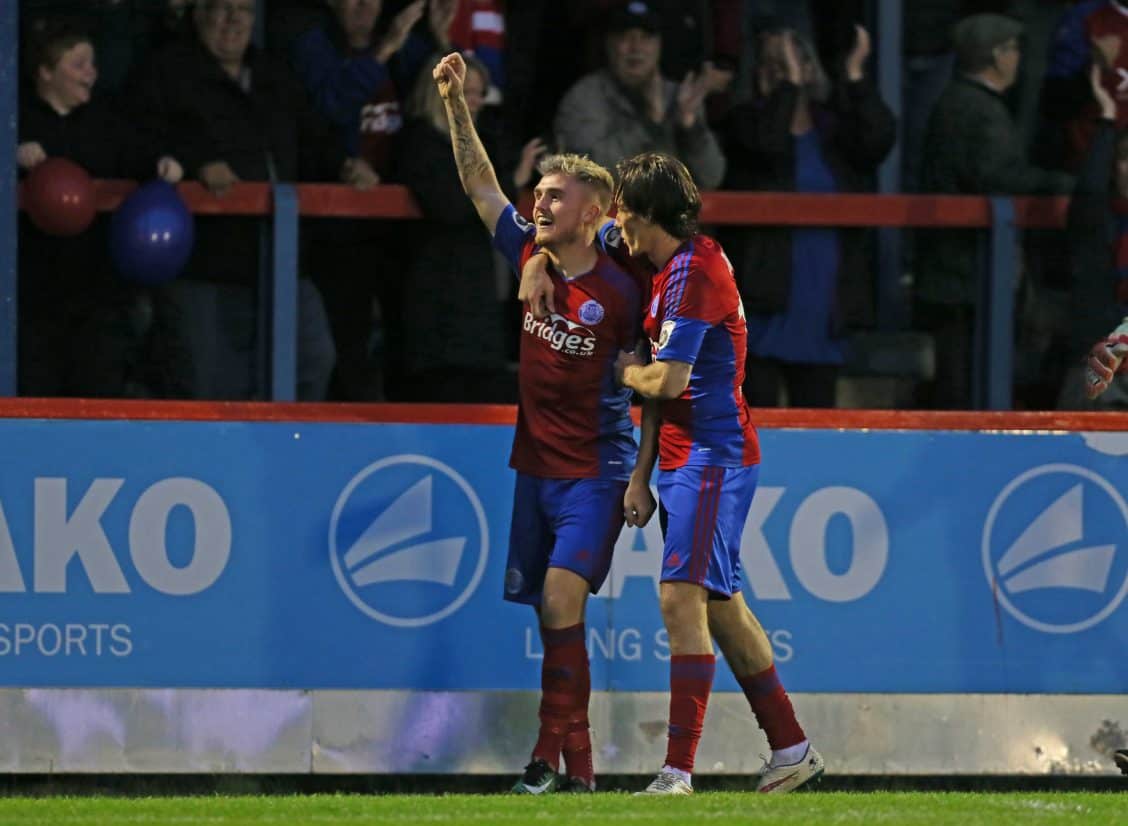 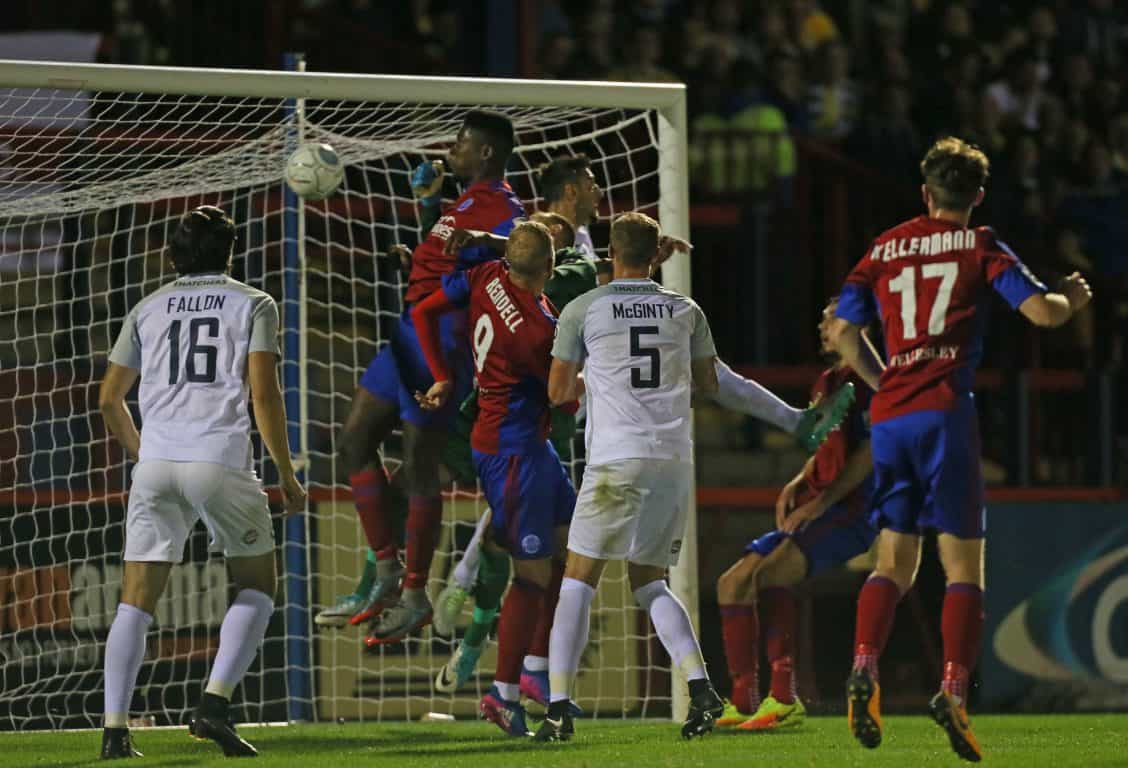 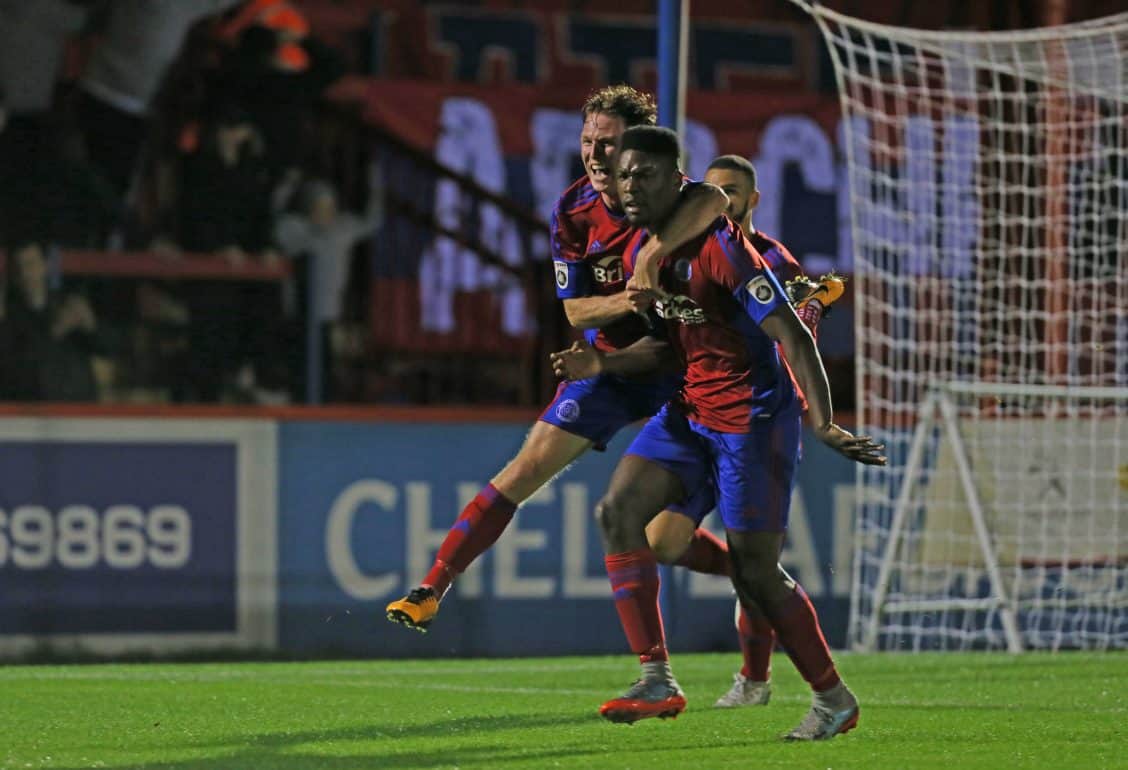 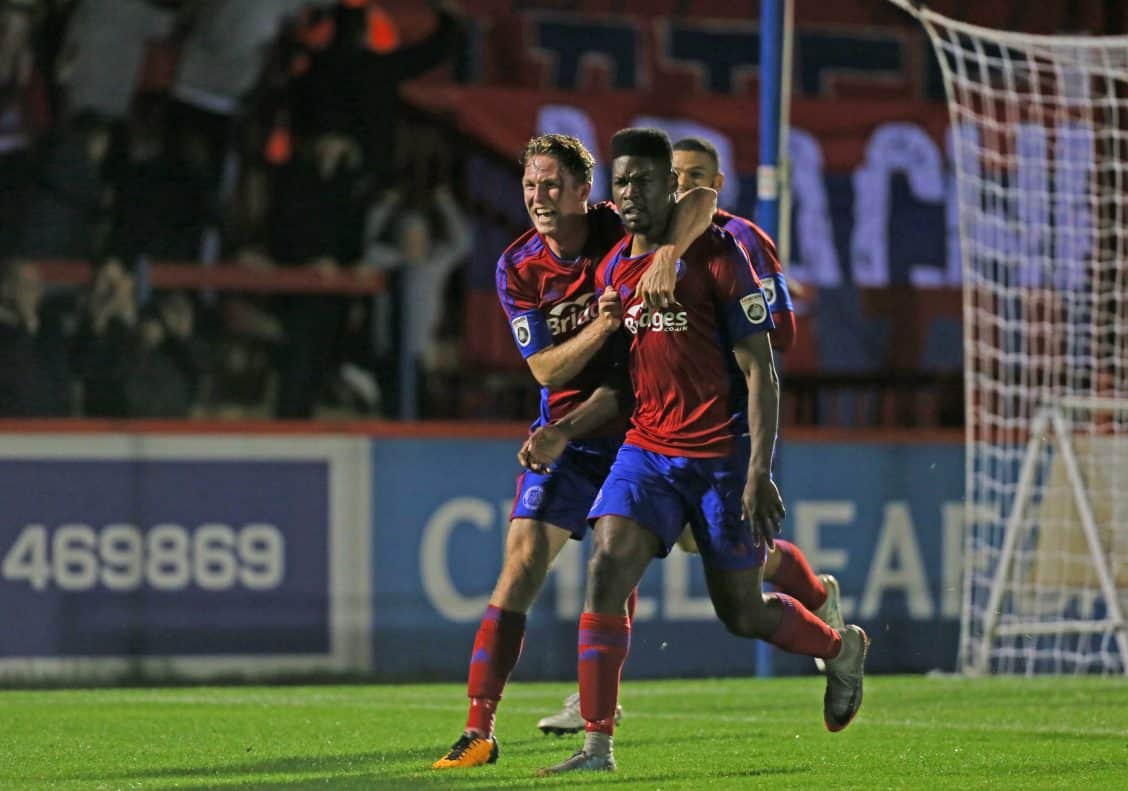