Danny Searle has this afternoon added two further players to his Aldershot Town squad. Alfy Whittingham and Harry Panayiotou have both been on trial with the Shots and have impressed in the two matches they have played in.

Midfielder Whittingham, whose previous clubs include Vanarama South outfit Havant and Waterlooville, arrives from Hungerford Town where he made 18 appearances last season, scoring once. Forward Panayiotou last played in the Vanarama National League in the 2017-18 season when he was a member of Ady Pennock’s Barrow side. Last season saw a move to Nuneaton where he made 20 appearances, moving in January 2019 to Greek club Aittitos Spata FC. The St Kitts and Nevis international started his career at his home town club Leicester City, for whom he made one first team appearance. 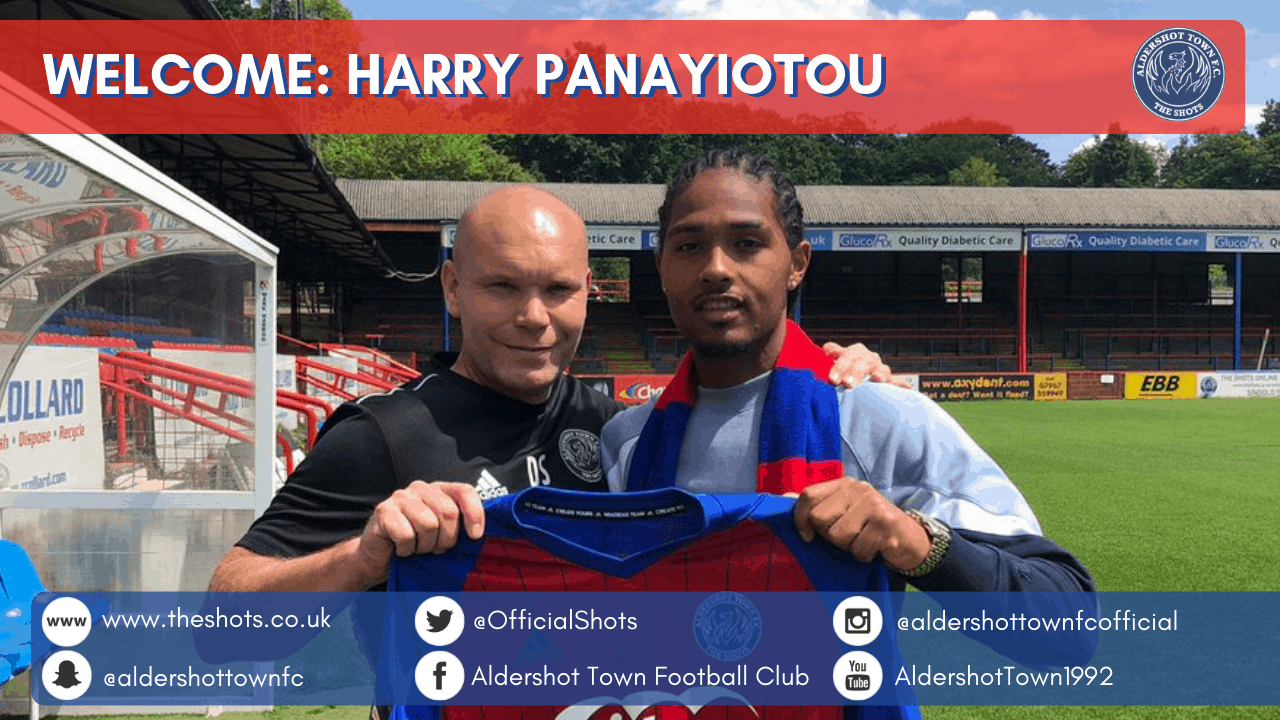 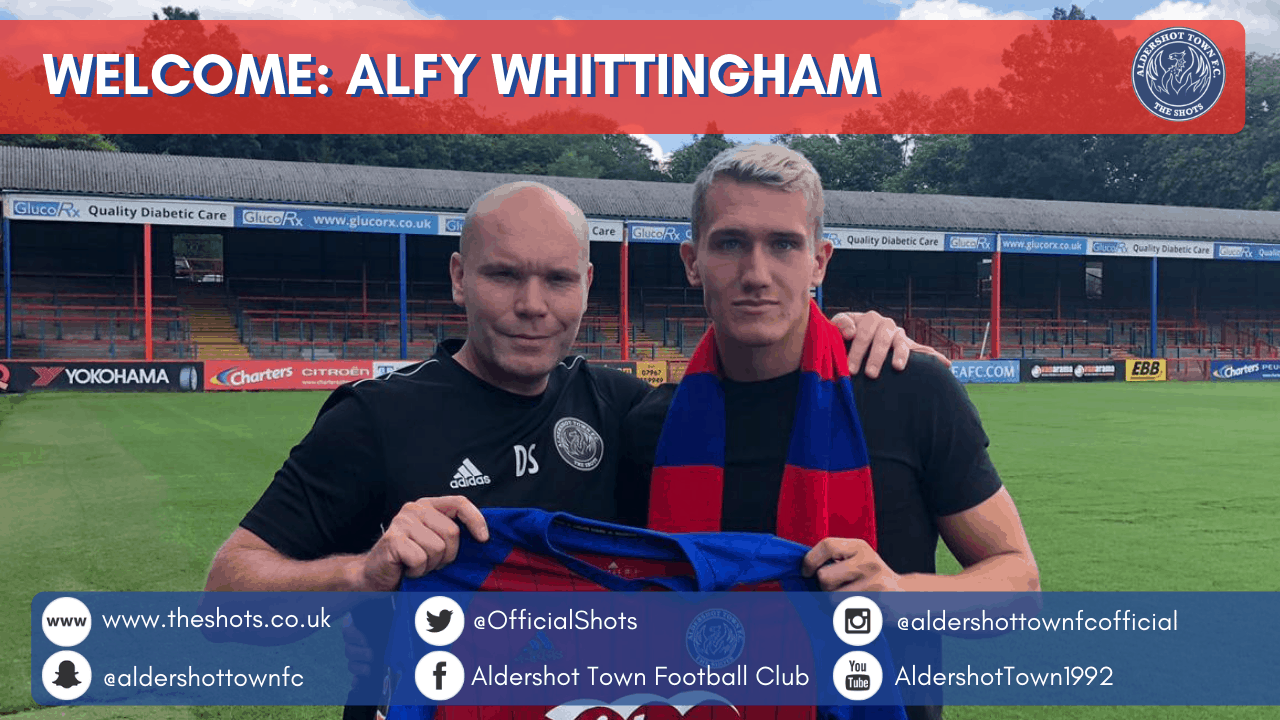