Goddard has spent the first half of this season on loan at National League rivals Bromley and had his most prolific spell at Woking where he scored 27 times in 128 appearances, including two against the Shots in the Cards Boxing Day and New Year’s Day victories back in the 2015/16 season, in which he won Woking’s Player of the Season.

He began his career at Reading as a youngster before he joined Hayes & Yeading United, then of the Conference South. He then joined Woking where he stayed for three years before his impressive performances earned him a move to League One side Swindon Town.

He made 65 appearances for the Robins, scoring five times before he joined Stevenage in January 2018. 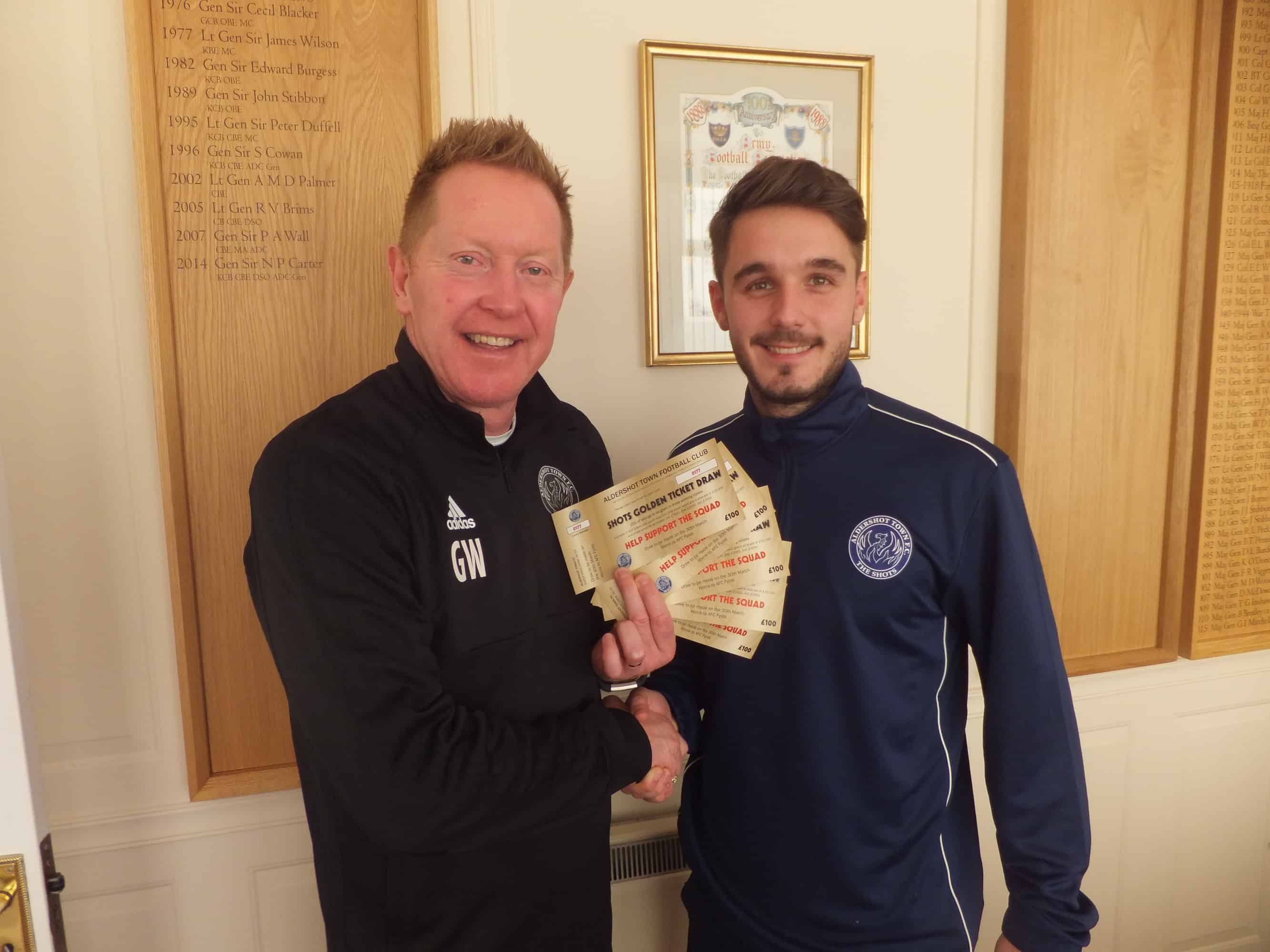 We’d like to thank all the supporters who have already contributed to our Golden Ticket fundraising scheme and have made this signing possible, for details on how to get your Golden Ticket, please click here.

We would also like to thank Warnborough of the South who have kindly agreed to sponsor John’s home and away shirt for the remainder of the season.

Shots TV caught up with our new signing in the in the link here.