Aldershot Town have signed defender Dion Conroy on loan from Chelsea until January 2017.

The 20 year-old, a strong and commanding centre-back who began his career as a midfielder, has won both the FA Youth Cup and Under 21 Premier League since joining The Blues from Fulham in 2008. Conroy was part of the squad which reached the 2012-13 FA Youth Cup Final, and then won the tournament a year later.

He played in 34 of Chelsea’s 44 Under 21 Premier League fixtures during 2014-15 and 2015-16, and scored a spectacular solo goal at the EBB Stadium against Norwich in February 2016. A few days previously, the Redhill-born defender had signed a contract extension until June 2018.

“I want to play men’s football, test myself, and do something different,” said Conroy, who joined the squad in travelling to Dover on Monday. “I see myself as a ball-playing centre-half, and a good defender. I’ve been taught to play good football, but will play anywhere the gaffer wants me to.

“It’s always been an amazing pitch to play on, and especially the way Aldershot Town play football I can’t wait to get started,” he explained of the EBB Stadium. “I’m really looking forward to Saturday (against Tranmere Rovers), especially it being a home game. I just really want to get out and play football.

“The support at Dover was amazing so I’m really looking forward to seeing what ten-times that crowd is like on Saturday.”

“Dion gives us more options, he can play across the back four and in the middle of the park as well, and he will give us more competition in our squad,” said Gary Waddock. “He has to force his way into the side but this move will be good for his development. The physical demands of the National League will be a massive learning curve for him but it’s something he will have to get used to if he is to play at the level that he wants to play at.

“I would like to thank Chelsea, and particularly Neil Bath (Head of Youth Development) for allowing us to bring him here – it’s a fantastic link for us to have. The relationship between the two clubs has been excellent for a number of years but this takes things to a new level. Dion will definitely help us but we hope that we can help him too.”

Dion will wear shirt number 18. If you are interested in sponsoring him, please contact Mark Butler on 01252 320211 or email mark.butler@theshots.co.uk 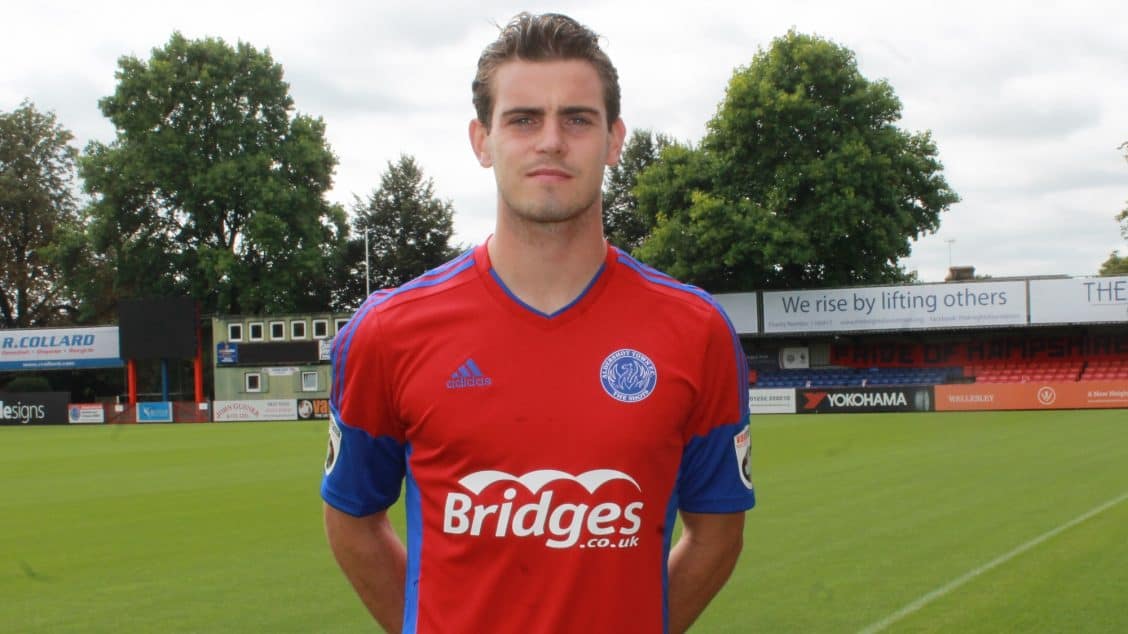