It was Terry Brown’s team who ran out 3-1 winners against Mark Molesley’s men for yesterday’s Shots For A Day event, with the Blue Team also coming out as penalty-shootout winners at the end of the game too!

Both squads had enjoyed a pre-match meal in the EBB Lounge, after which first-team staff including Mark Molesley, Tom Prodomo and Michael Koopowitz gave their squads in-depth analysis of our recent opposition and the preparation typically made for a match-day. 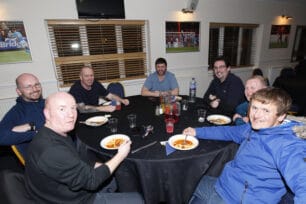 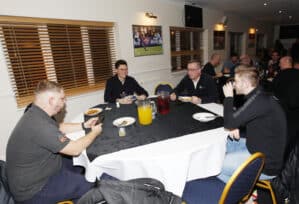 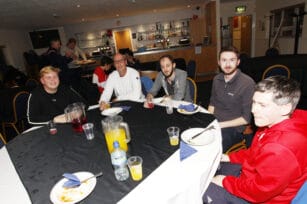 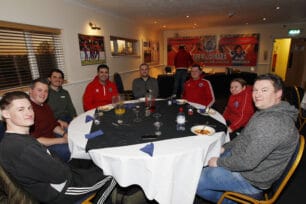 The warm-ups were led by First-Team Coach Koopowitz and Goalkeeping Coach Robbie Yates, with Robbie taking our two keepers for the evening aside and working through their own keepers warm-up.

A unique game between two sets of Shots fans, Brown’s squad had the first clear-cut opportunity of the game, with a great pass from Duncan Cole from the right-hand side teeing up the onrushing Charlie Pocock but could only place his effort wide of the far post in the 5th minute.

It was Terry’s team again who had the next best chance, with Gary Faulkner’s corner falling to Damien Blake on the edge of the area, but his ambitious first-time volley went over the bar.

The next chance to open the scoring came for Mark Molesley’s men, with midfielder Ryan Sadler shooting from distance but his effort, similar to Pocock’s, was wide of the near post.

Persistence paid off for Brown’s men, as a late run from midfielder Elliot Braund caused Molesley’s keeper Dom Gaskill into the save, before the rebound fell straight into the path of Braund again and his second effort could only be cleared into into the back of his own net by Norris in the 21st minute. 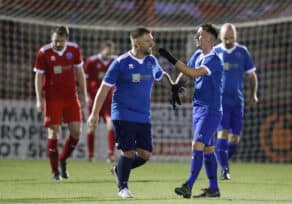 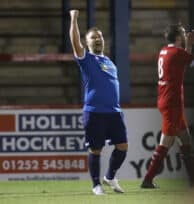 However, Molesley’s men responded almost immediately with an inspired substitution and an instant impact with an audacious looped volley from Dom Ship finding the back of the net inside the far post. 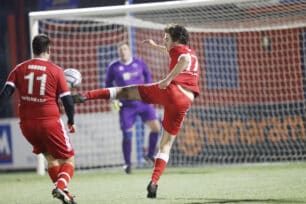 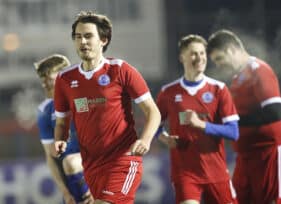 The Red team looked to kick on from this and had a great chance to take the lead for the first-time in the 26th minute, with Adam Jessop played through on goal, but his effort went wide of the far post.

Pocock looked to put his team back in front with a first-time volley, but similar to the latest chance for the home team, could only drag his effort wide of the near post.

A late chance fell to Terry Brown’s team with Matt Warner released down the right, before firing an effort off the top of the crossbar in the 41st minute.

This chance ended what was an even affair so far in the first 45, leaving both sides and both management staff desperate to take the lead. 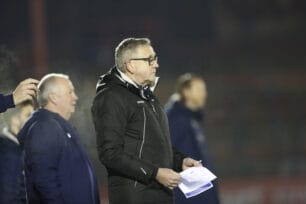 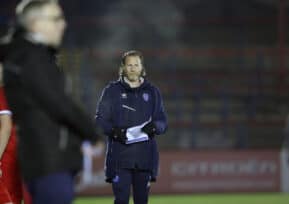 It would be Terry’s team who took the lead again early in the second-half with another brilliant finish, this time from Matt Warner in the 49th minute.

Having been played through down the right with a tight angle, the forward showed great composure to chip the ball over the keeper and into the back of the net. 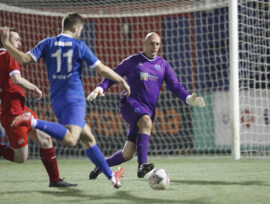 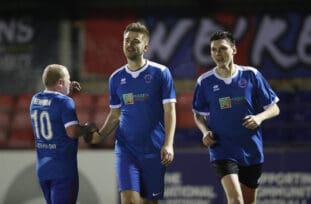 There wasn’t to be another chance until 58 minutes, with Molesley’s team given the chance to equalise as Jessop burst into the opposing team’s penalty area, but saw his effort go wide of the far post.

Jessop again could’ve got his side level with a quick break seeing him able to fire goal wards in the 70th minute, but his effort was straight into the arms of Andy Strudwick in goal for Terry Brown’s side.

The home team would be left to rue these missed chances with a corner falling nicely for Charlie Peers, who slotted the ball into the back of the net from close-range to give Terry’s team a two-goal lead for the first-time in the game. 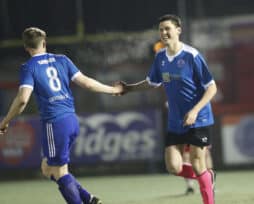 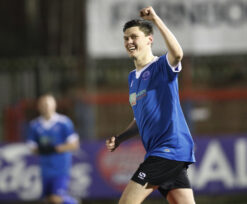 Nick Brooks almost got a late consolation for Molesley’s team after a neat bit of skill allowed him the space to shoot, before seeing his effort bounce back off the near post with just six minutes left to play.

Both Warner and Pocock could’ve added a fourth for Terry’s team, but both saw their near-post efforts go just wide.

Home Manager Mark Molesley even tried towards the end to lead a late comeback, but nothing materialised with Terry Brown taking the win on the night. 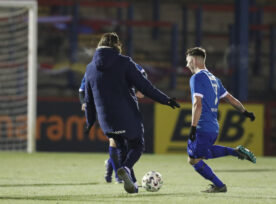 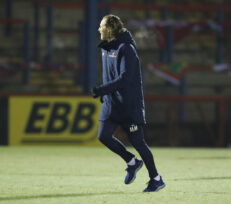 This led to the penalty shoot-out between both sides, which also saw Terry Brown’s Blue team come out as victors 5-4, which in turn led to loud celebrations in the home dressing room.

With Terry Brown taking the bragging rights on the night, Mark Molesley and his first-team squad will now ahead to our first-team Vanarama National League fixture away to Chesterfield FC on Saturday.

“It was a brilliant event put together with participants who really got into the spirit of the event, but the best thing for me is that this was a win for everyone involved” said Commercial Manager Mark Butler.

“The fans have not only paid money into the club, (supporting the club in the process), the fans were given the opportunity to be a Shot for a Day which is a dream for most, if not all the guys out there.

“All the first-team coaching staff deserve a lot of credit for giving both their time and management skills so freely and openly, along with the backroom staff and volunteers for participating and ensuring the event was a success.

“Finally, our thanks to both the referee Steve Clout who actually paid a three-figure sum to referee in the event and also contribute to the money raised for the event too, but also Duncan Cole and his company Maben Van Hire, for their sponsorship of the game too. 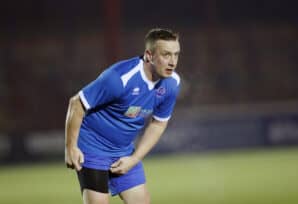 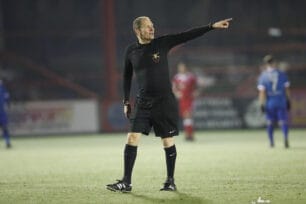 Their support is always much appreciated and you can find out more about Maben Van Hire HERE.”

We thank everyone who took part, bid on the event and also sponsored the day too as it raised valuable funds for the football club which as always, we are extremely grateful for. 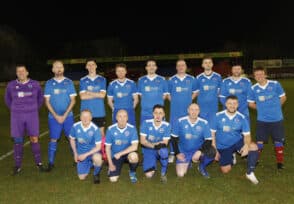 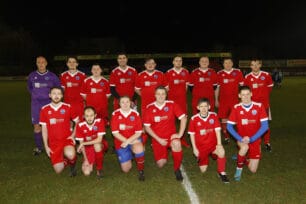