Aldershot Town players raised £100 for The Source youth café on Thursday with a special Crossbar Challenge, before meeting staff and clients as the café re-opened for business that evening.

Another initiative inspired by the new Shots Community Partnership, and organised by The Shots’ Commercial Department, Club Captain Chris Barker, Dan Fitchett and Tristan Plummer joined some of the town’s disadvantaged young people and new Source youth worker Gareth Gardner at the café on the High Street, opposite the Electrical Services Stadium. 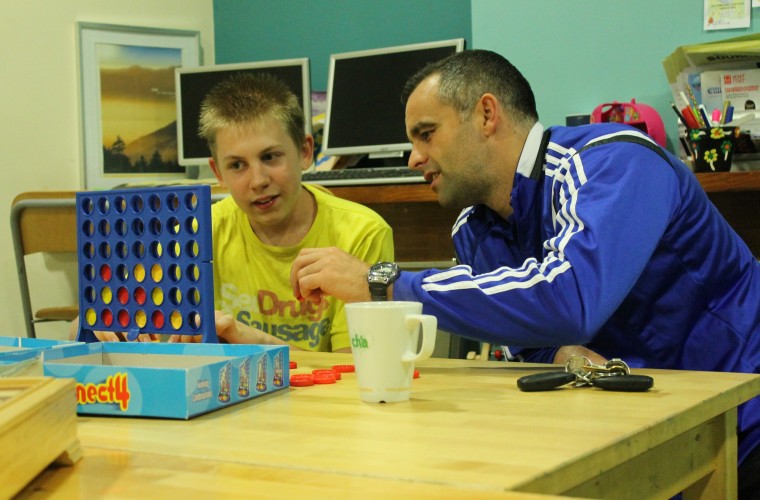 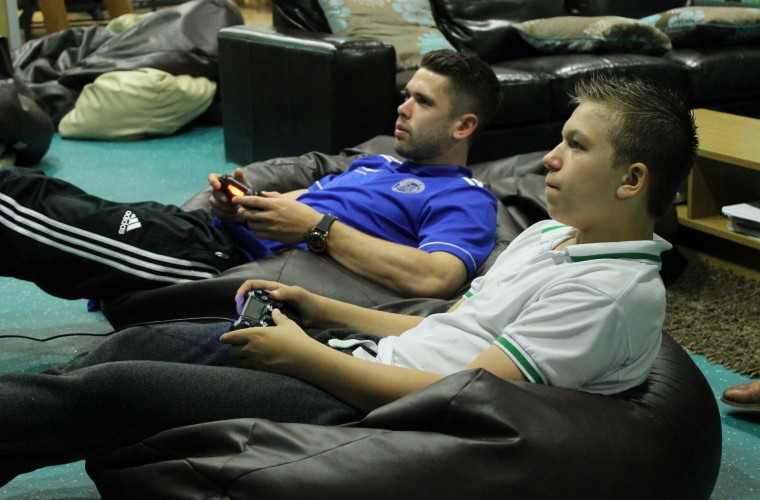 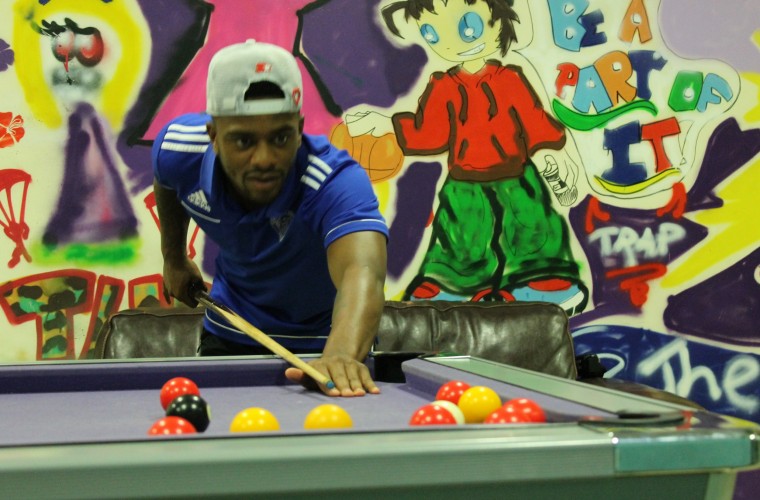 The three players pitted themselves against the café’s visitors in table tennis, pool, table football, Xbox and board games with varying success, but Fitchett still said: “It’s been a great evening. We’ve all had lots of fun but we appreciate the value of a venue like The Source to our town. I’ve lived in this area for many years and know that there are too many children who don’t have the opportunities that we often take for granted.

“A football club should play a major role within its community, and we, as players, recognise that we are in a privileged position. It’s great to be able to meet these young people – they can be the Shots fans of the future, and I hope they enjoyed this as much as we did.”

Enjoying just his second week at The Source, Gardner said: “With the facilities that we have, and the team working here, we hope to make The Source even bigger than it has been in the past. All of the kids in this area love Aldershot Town Football Club, and to have the players down here is a massive bonus for them, to be able to have a laugh with them and play table tennis. This is a stepping stone for lots of other things that we want to do, to invite more people in and encourage people who need our help to join us.”

The Source meets the needs of hundreds of young people, aged between 11 and 25, across Rushmoor each year. Through their café, teen parent and mentoring programmes, anger management counselling, after-school club and detached youth work, The Source are committed to seeing young people transformed, and to operating as a centre of excellence.

The Source has been chosen as the beneficiary of the first year of The Shots Community Partnership, launched by ten sponsors of Aldershot Town FC to organise a series of fundraising events as well as donate skills, resources and equipment.