Aldershot Town are delighted to confirm that Gary Waddock’s first-team squad have formally agreed a deal with Aspire Defence Services to use a range of excellent facilities at the Military Stadium on Queen’s Avenue.

Aspire Defence Services manage a range of facilities for the Defence Infrastructure Organisation at Aldershot and across Salisbury Plain on behalf of the MOD, and will provide training pitches, catering, physiotherapy facilities and a back-office environment, all of which represent an improvement on the Club’s current first-team facilities at Bourley Road.

An excellent proposal developed by the Garrison, Aspire Defence Services and Gavin Jones Landscape Management ensures that The Shots will have the best possible environment for match preparation.

The official signing of the agreement between Aldershot Town Football Club, Aspire Defence Services and the Garrison Commander took place at the EBB Stadium on Thursday afternoon.

Shots Chairman Shahid Azeem said: “All of this is possible because of the hard work and good relationship between Aldershot Garrison, Aspire Defence Services and Gavin Jones, who look after the grounds. The partnership between Aldershot Town Football Club and the military is going from strength to strength and it’s a great opportunity to sign this agreement in the week of Remembrance Day.”

Mark Carr, Managing Director of Aspire Defence Services, continued: “We welcome the opportunity to work with Aldershot Town Football Club and look forward to a supportive relationship which will bring them success on the field. Aspire Defence Services is keen to support local communities and sport is an important part of this.”

“We are fortunate to have some excellent sporting facilities in Aldershot Garrison and are keen to support the growth of sport in the local community, so this arrangement clearly made sense,” explained Aldershot Garrison Commander, Lt Col Nigel MacGregor. “We have a long-standing relationship with the Club and seeing them train alongside Army sportsmen and women and the Club’s first team is of positive benefit to both parties. This has also been a great opportunity to work with the Club, Aspire Defence Services and the Defence Infrastructure Organisation to support sporting initiatives within the local community.”

“I am delighted with our new home-from-home and the levels of professionalism it affords us,” said Aldershot Town manager Gary Waddock. “We are a Club that wants to move forwards on and off the pitch, and our training facilities are a vital part of those ambitions. I have been very impressed with what Aspire have offered us, and the fact that this partnership strengthens our links with Aldershot Garrison makes it even more pleasing.”

“It’s great to be here. These facilities are potentially on a par with a Championship club,” said The Shots’ Head of Medical and Sports Science, Russ Clash. “I am now able to co-ordinate rehabilitation and treatment in one facility, and we have easy access to Aspire’s other facilities on the Garrison, including a 50-metre swimming pool and a larger gymnasium. We also have access to on-site catering, which is great, and the staff have been really helpful.”

Aldershot Town have donated 300 free tickets to Garrison personnel for this Saturday’s home match against AFC Fylde, to commemorate Remembrance Day and as part of an on-going partnership which has seen the Club work with the Garrison on a number of community projects. Saturday is the seventh Seats For Soldiers event which has seen over 4000 free tickets donated to local troops.

The match has also been designated as the Club’s ‘BAFTA’ game, to encourage supporters to ‘Bring A Friend To Aldershot’ and honour the town’s Armed Forces.

All first-team players and Club staff will also take part in Aspire’s official Guinness World Record attempt at the Garrison Sports Centre next Thursday, in aid of Children in Need, for Most Electrical Energy Produced by Pedalling on Static Bicycles for 24 Hours.

Aldershot Town are again supporting the Royal British Legion’s Poppy Appeal, with collections at the EBB Stadium raising over £1800 in the last three years. The Club was one of the first sports teams to signed the Armed Forces Corporate Covenant, and then led the National League in becoming the first football governing body to sign the Covenant. In December 2014, the EBB Stadium hosted the Game of Truce, between the British Army and German Bundeswehr, and an outdoor Peace & Goodwill Carol Concert which commemorated the legendary 1914 Christmas Truce. 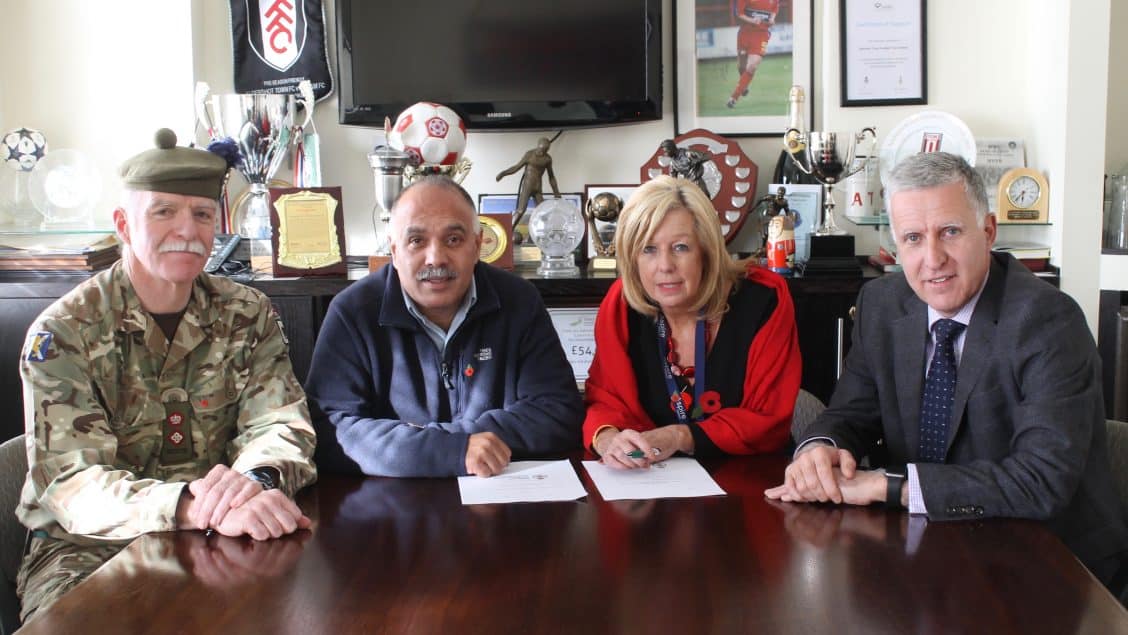 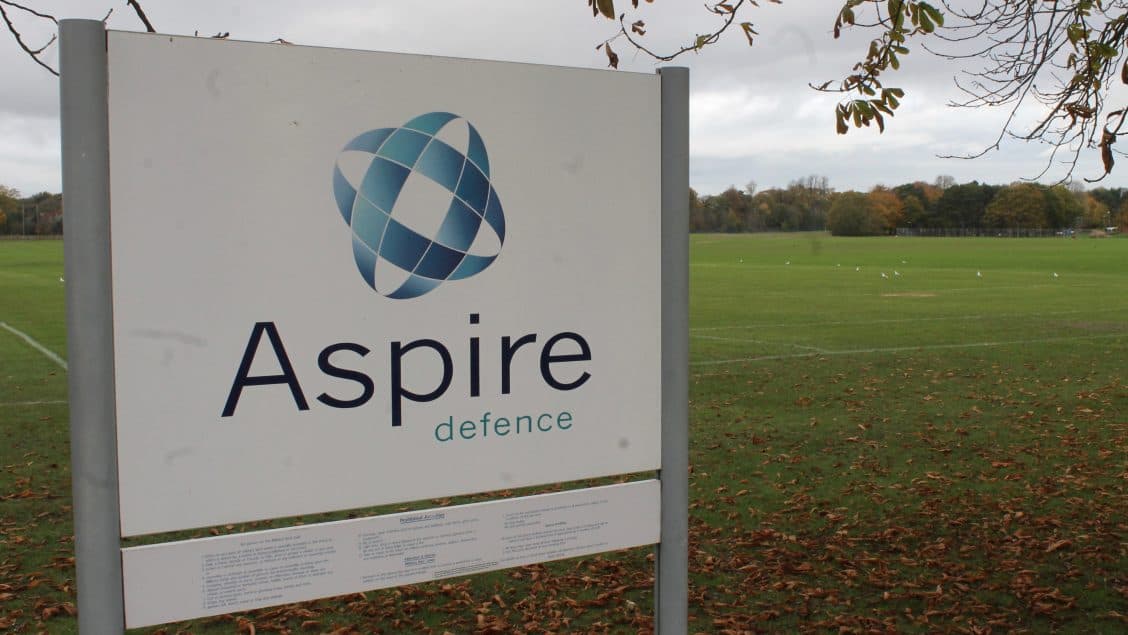 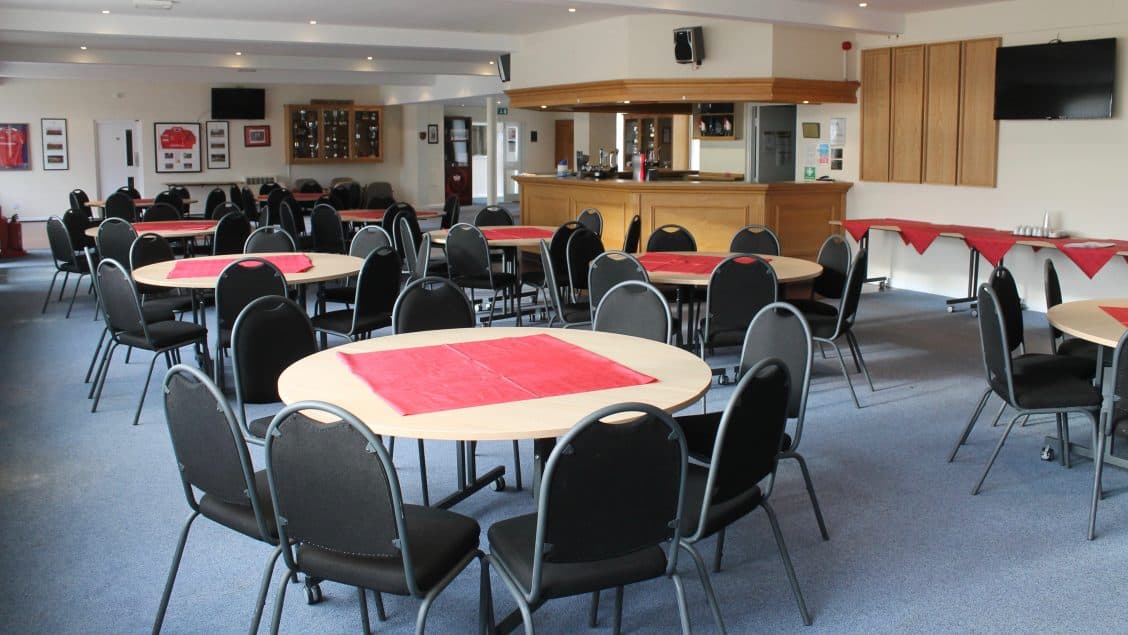 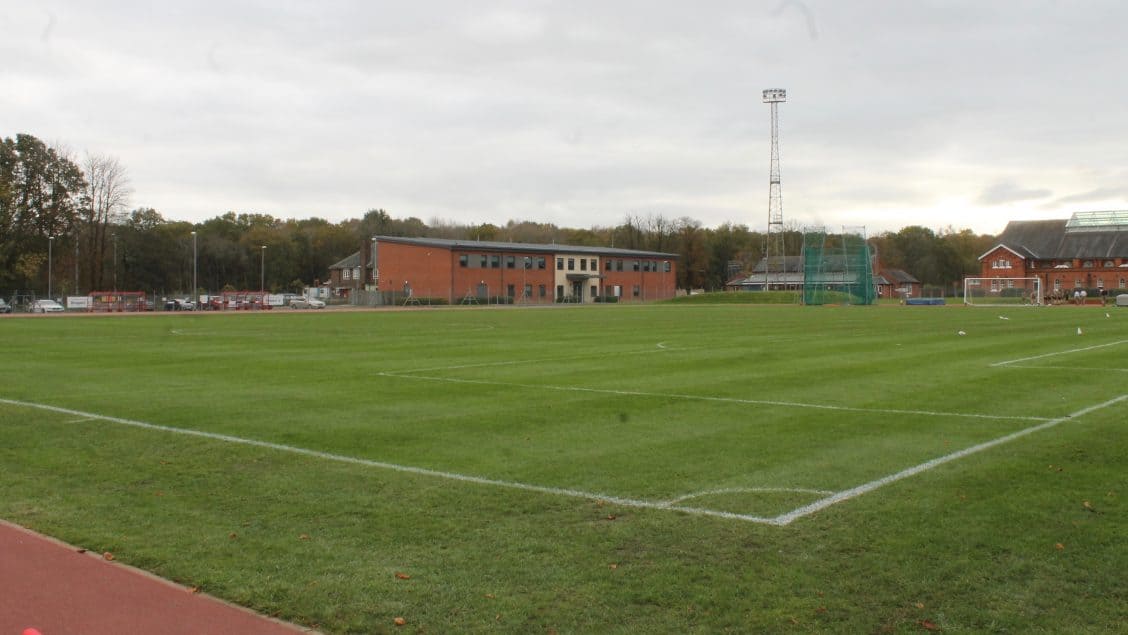 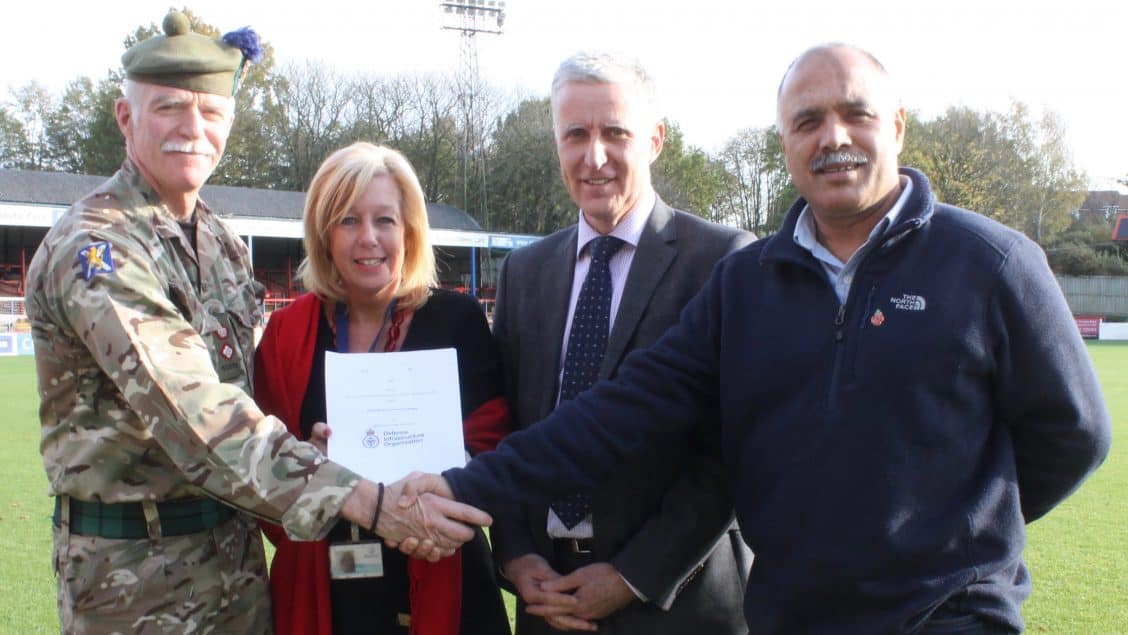