Aldershot Town ended their pre-season preparations with a positive 1-1 draw against AFC Wimbledon after a drenched Shots side found themselves one-up within the first 55 seconds.

The Dons had finished 15th in League One last season but it was Aldershot Town who had the early upper-hand, when Matt McClure’s sleek pass through to Bobby-Joe Taylor invited a low drive straight past Wimbledon keeper Joe McDonnell into the bottom corner.

McClure soon hooked a half-volley wide of the near-post but any lingering celebrations were cut short when Kwesi Appiah lethally took his opportunity to equalise. Shots’ trialist Michee Efete’s clearing dropped into the path of Appiah who struck the ball straight into the bottom corner just three minutes after falling behind.

Although both goals came in the opening five minutes, there were still a few stand-out moments for either side in the first half. Antwi fired a great chance wastefully over the bar, and Neset Bellikli’s rising, swerving 22-yard drive towards the top corner was superbly saved by Jake Cole.

McDonnell denied Rowe by blocking a chipped shot with his chest and – after Cole made a fine point-blank save from Appiah – visitors’ goalkeeper palmed Taylor’s curling shot around the far-post.

Both teams continued to strive for a second goal after the break and Rowe hits the post on 49 minutes. Breaking onto a lay-off from Jim Kellermann, Rowe skipped past a defender into the box and saw an angled shot beat McDonnell only to ricochet off the far-post.

Appiah ghosted in behind the Shots’ defence only to lash a shot wildly over the crossbar and it was the hosts who came closest to winning the game on 78 minutes. Okojie’s initial header was scrambled clear on the line and when the ball was finally hacked towards the edge of the box, Fenelon’s follow-up was well saved by McDonnell.

Hartigan’s shot was well blocked by Lyons-Foster in the final few minutes, but The Shots were good value for the draw and now seem set to head to newly-promoted FC Halifax Town next weekend with both confidence and sharpness. 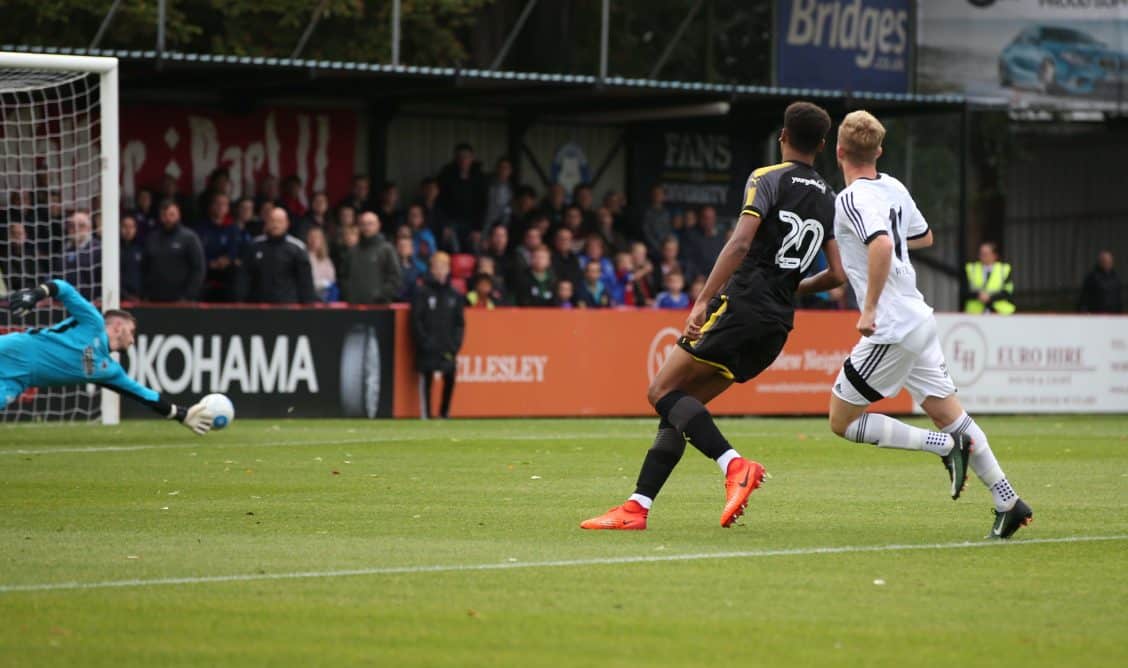 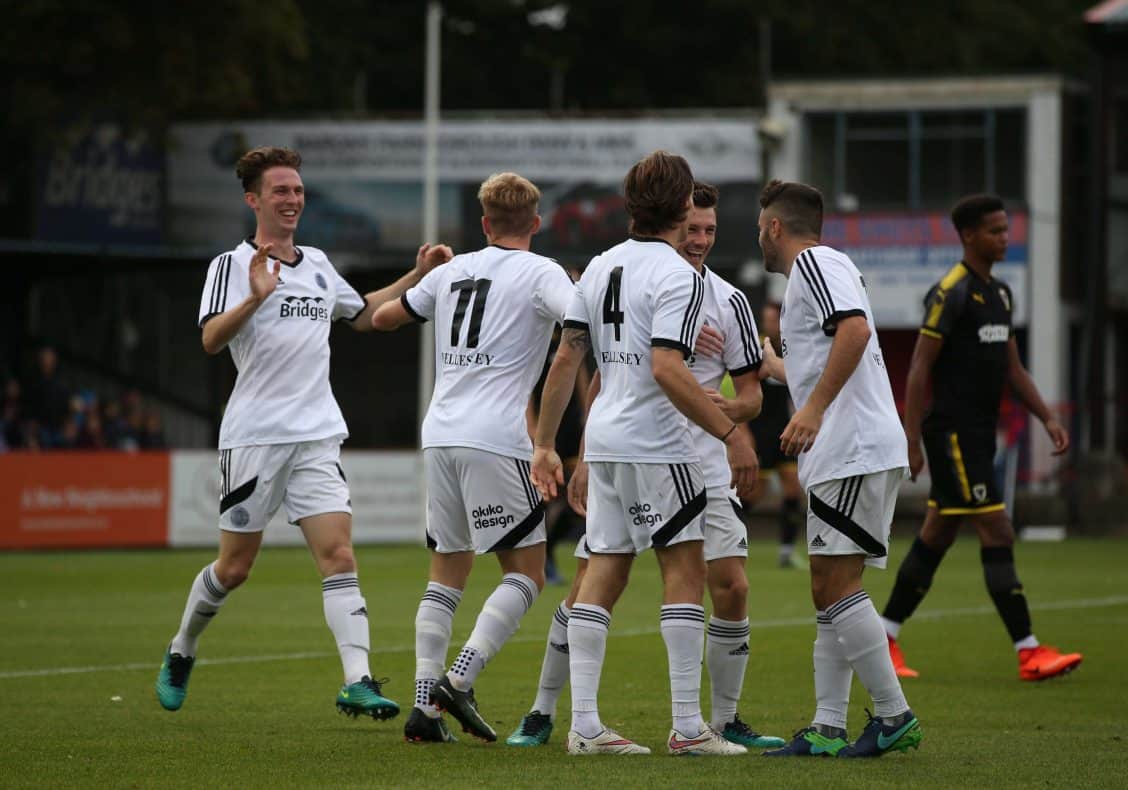 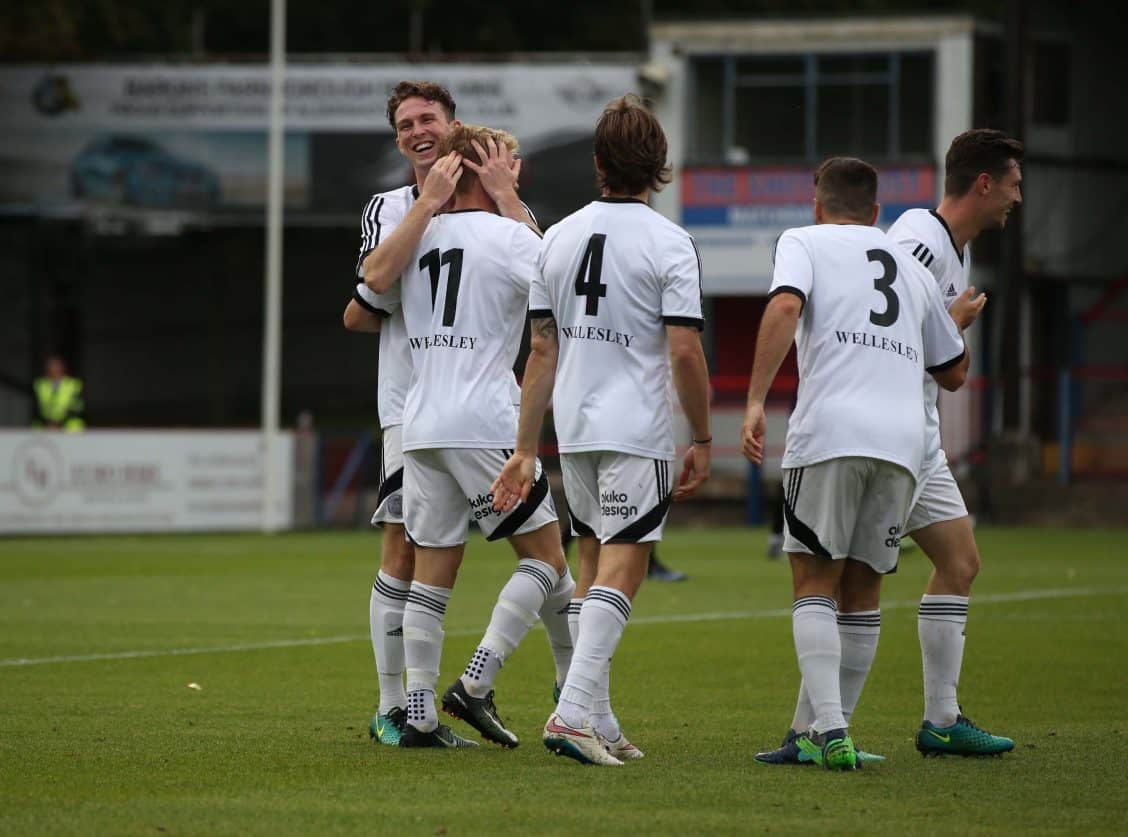 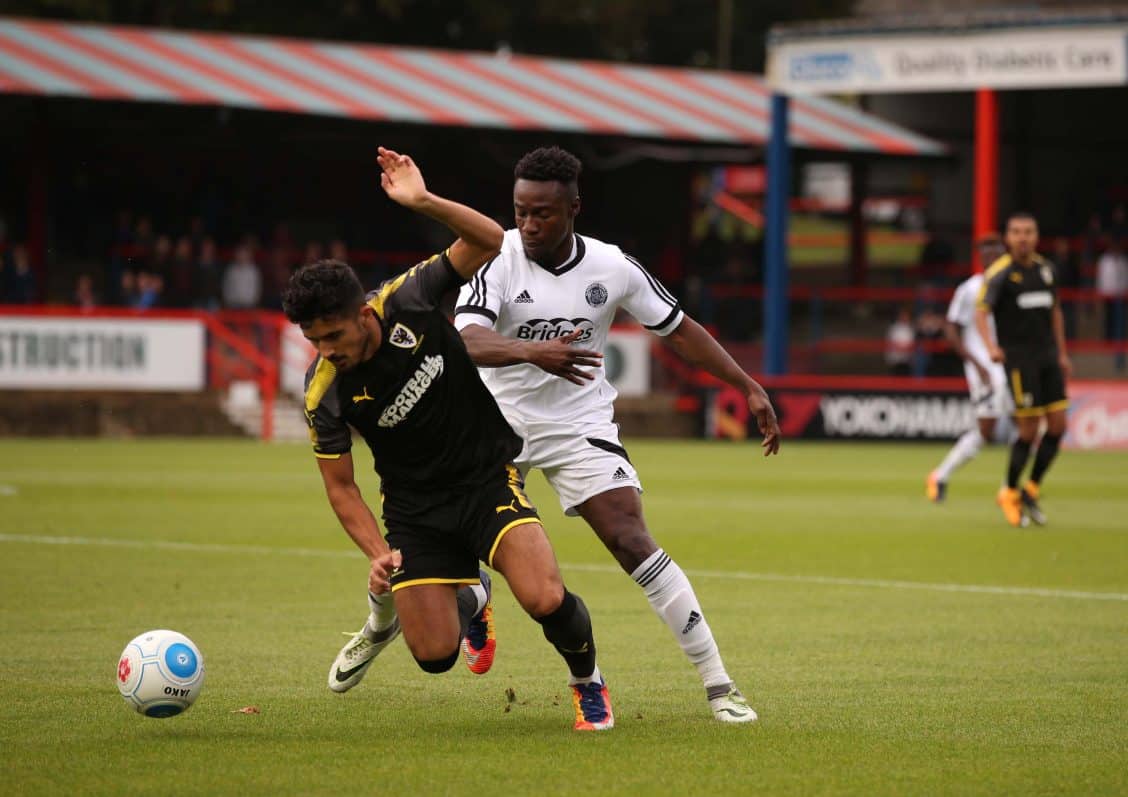 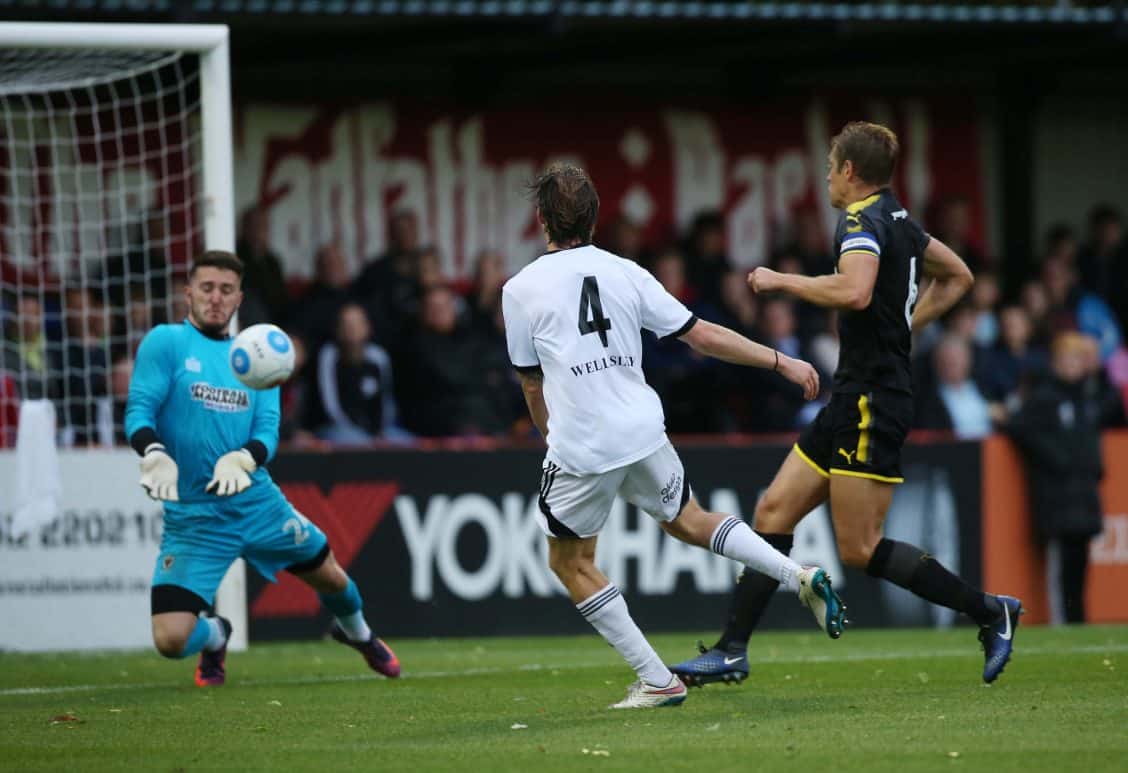 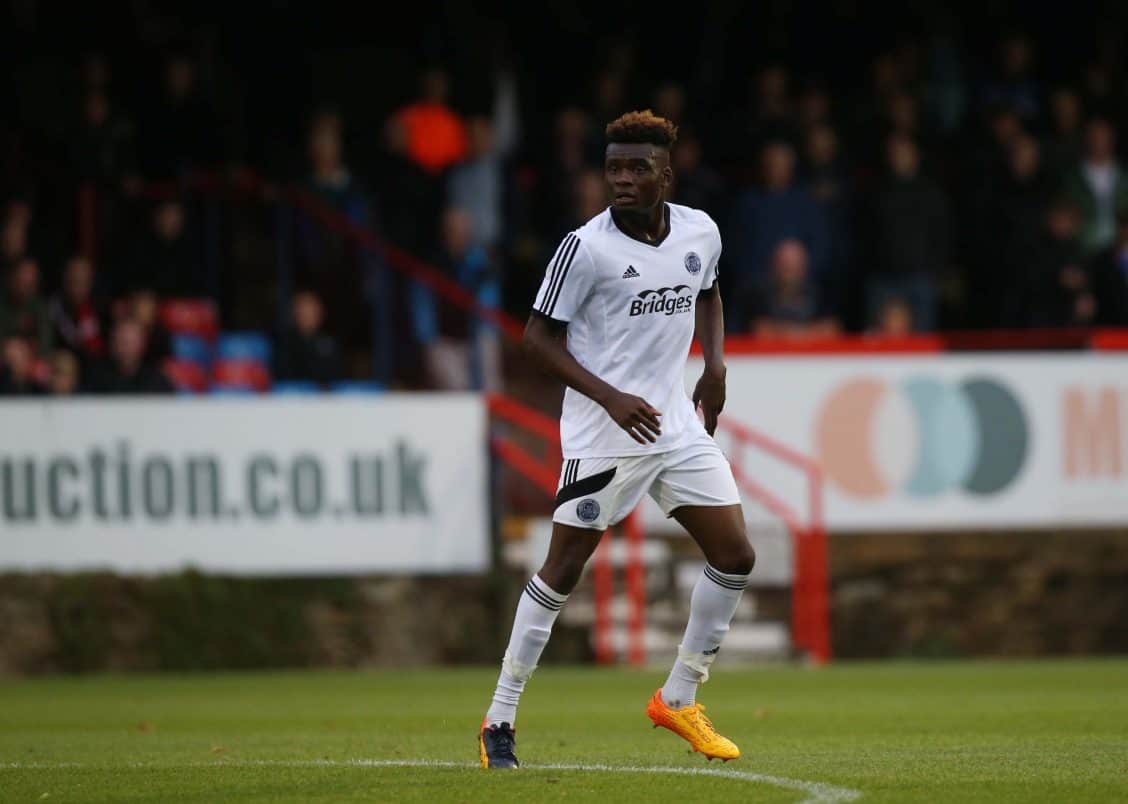 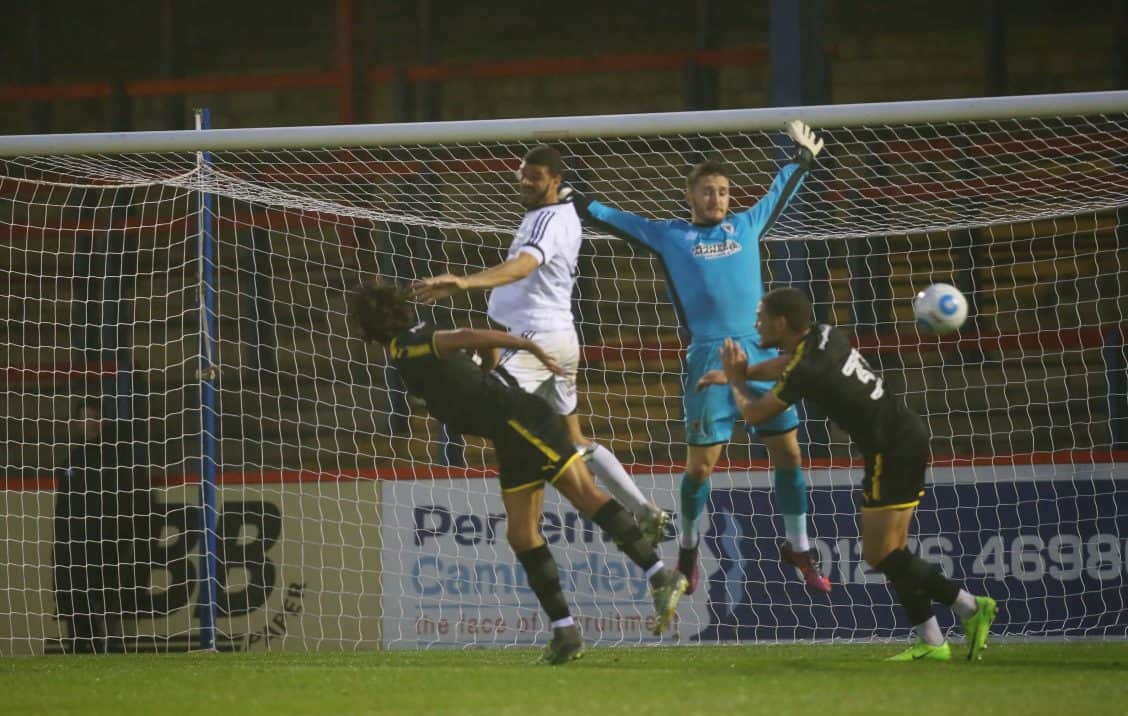 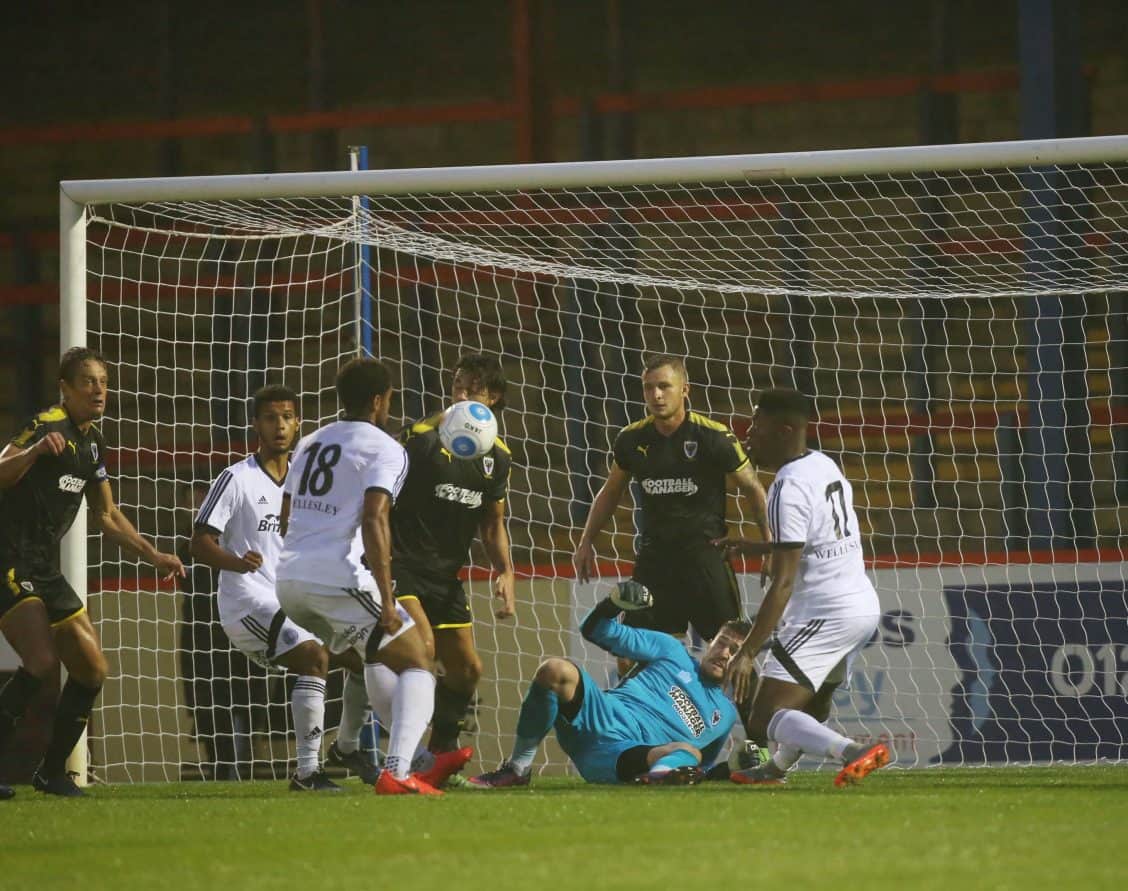 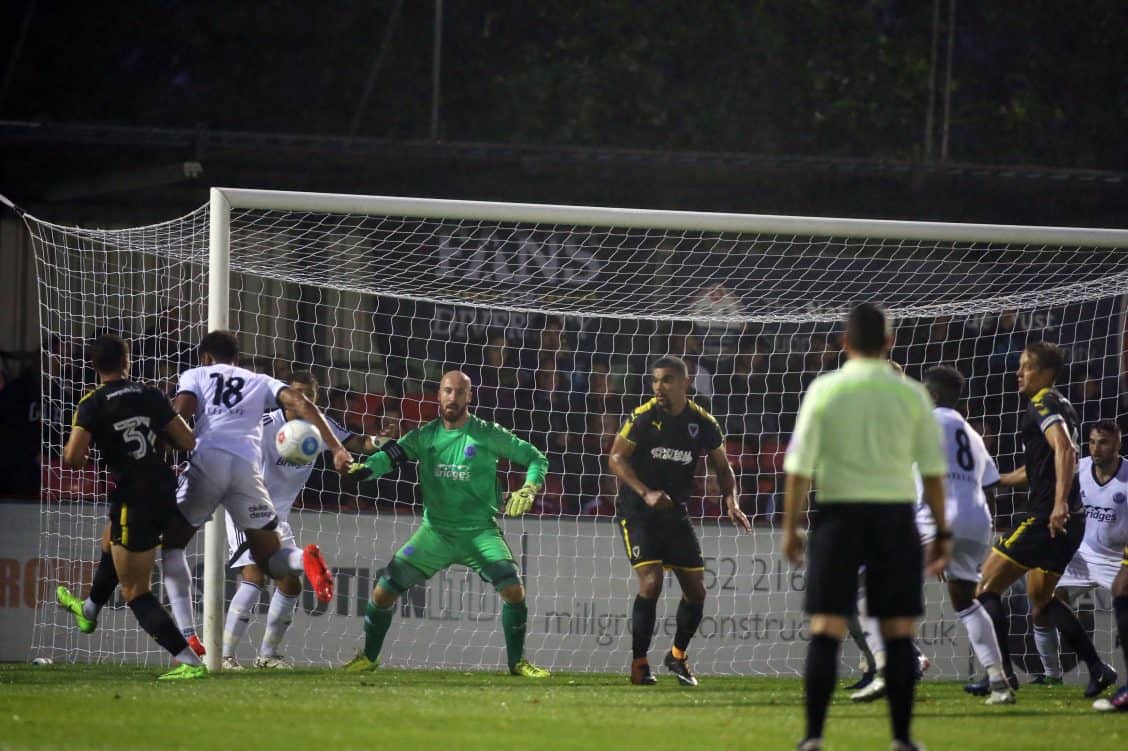