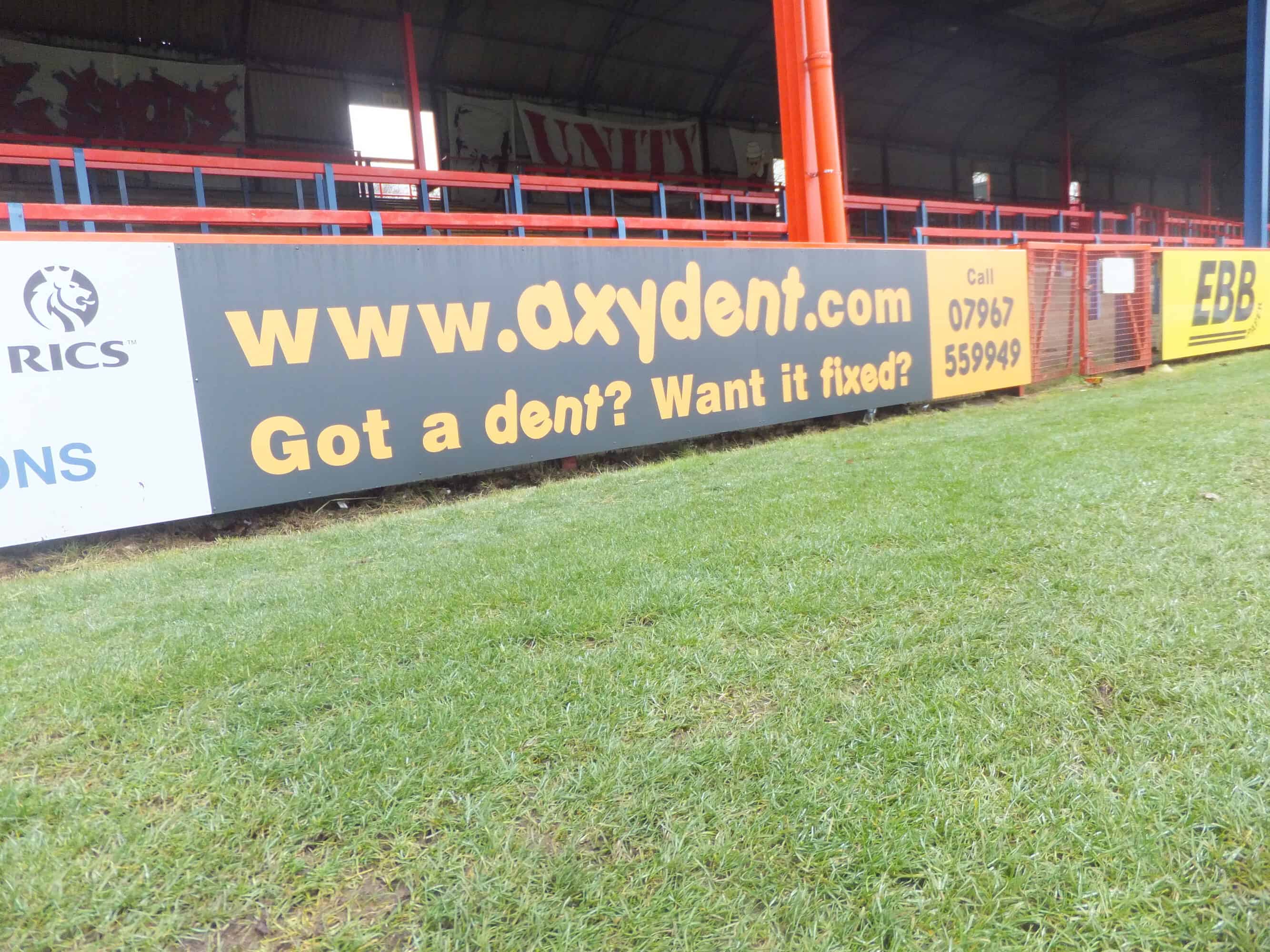 We’re delighted to announce the addition of two new sponsors to the club. SI Capital who will sponsor the back of our shirts for the remainder of this season and next season and Axydent who have purchased an advertising board behind the goal on the East Bank.

SI Capital are an investment company based in Godalming and as well as sponsorship on the back of our shirts, have also bought ad space in the matchday programme.

Axydent are a professional paintless dent remover and have their pitchside board on the East Bank until the end of next season also.

Speaking at Tuesday night’s game against Solihull Moors Shots Commercial Manager Mark Butler had this to say: “Thanks go to both these sponsors for their support of our football club.

“Sponsors really are important to us here at Aldershot Town and because we feel this way both myself and chairman Shahid Azeem will be visiting all of our major sponsors over the next two weeks.

“I also plan to speak to as many of our current sponsors myself too to talk about possibilities for sponsorship going forward and I’m looking forward to having those conversations as we’ve already had a few commit to next season.”