The Christmas presents kept coming for the Shots with former Woking striker Scott Rendell and Shamir Fenelon both contributing to the 4-0 win over the Surrey based team. An eighth-minute goal from Rendell, courtesy of an Anthony Straker cross, fumbed by Woking keeper Brandon Hall, left Rendell managing to get on the end of it and shooting home from six yards.

Two minutes later, midfielder Jake Gallagher avoided his marker to deliver a pass to Fenelon, who turned and shot home to put The Shots 2-0 ahead; the first time The Shots have held a first half lead since the beginning of October.

The first chance for Woking came in the 17th minute when Frazer Shaw gives two crosses, both blocked by Aldershot’s strong defence. However, their opportunity was soon forgotten about when Cheye Alexander’s corner left Rendell able to bundle their third goal in, still within the first 25 minutes.

37 minutes in and The Cards acted on a throw with Gozie Ugwa delivering a cross into the box however it was immediately blocked by Alexander and cleared.

Two minutes into added time and the shots emphasise their lead with Rendell tapping in Bernard Mensah’s cross making it 4-0.

The beginning of the second half saw an enthusiastic Shots side reappear and within three minutes Idris Kanu, the 17-year-old right winger, was already creating chances with a decisive pass to Gallagher, just missing the post and cleared for a corner.

The 59th minute saw two changes for Woking with Gary Hill hoping to waken his side up. However, five minutes later and the Shots were close to making it 5-0 with Rendell’s header blocked and Kanu’s rebound shot just missing the goal, the changes seemed to make little difference to a determined Shots side.

Woking’s hopes were lifted when Benyu’s foul on Charlie Carter in the penalty box saw Woking prepare to redeem themselves with a goal. Penalty taker Anthony Edgar fired the shot straight into the hands of Jake Cole who palmed it away with Callum Reynolds reacting quickest to block any rebound.

A standing ovation was greatly received by Rendell when he was replaced by Jim Kellermann in the 77th minute.

One of the last chances in the match was created by Mensah who slalomed into the box with a shot just a chip over the box but it looked like the Shots would have to settle with a 4-0 win in the local derby.

The last couple of weeks have proved difficult for Aldershot Town, however this result will hopefully be a predecessor to a wonderfully successful 2017. 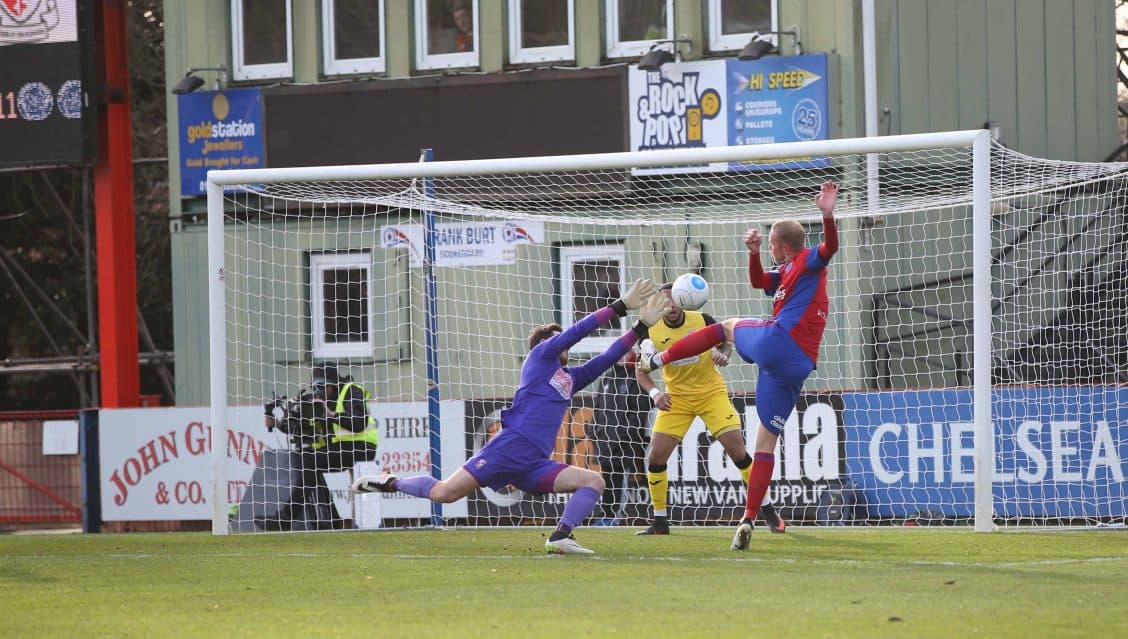 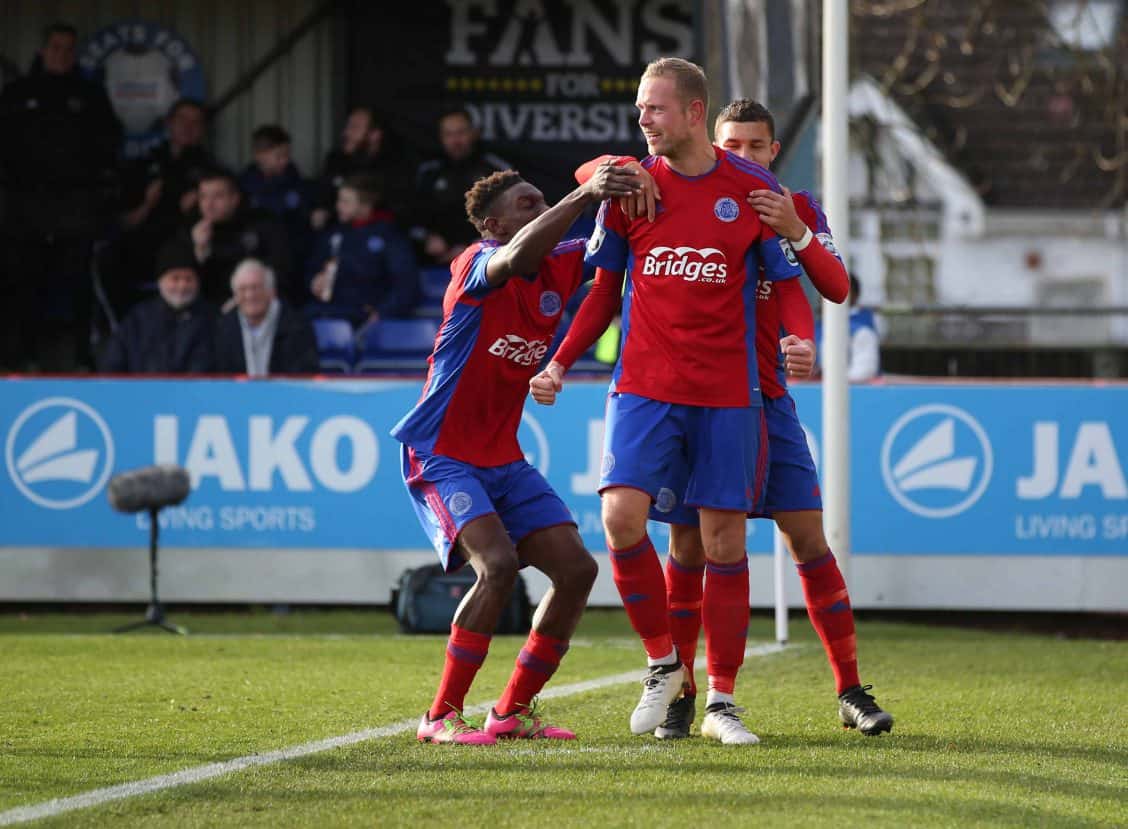 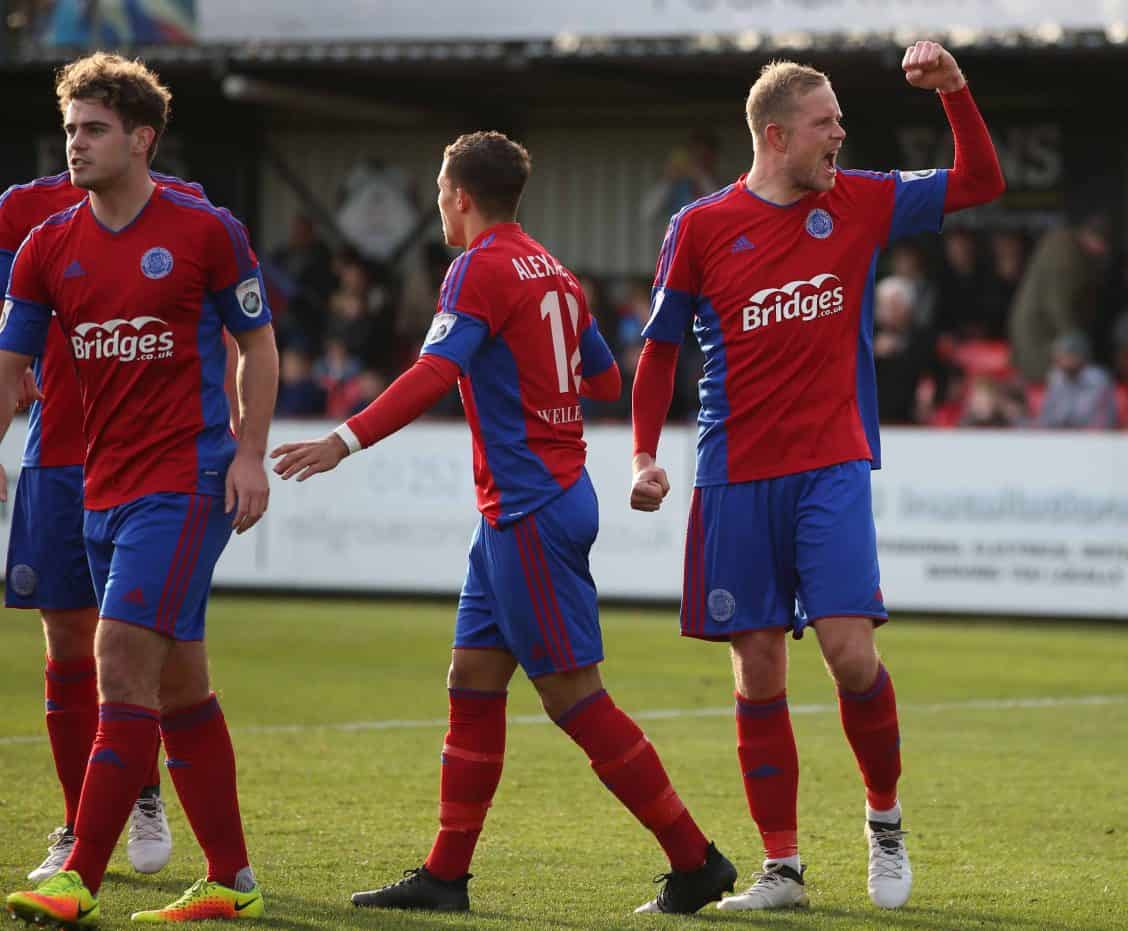 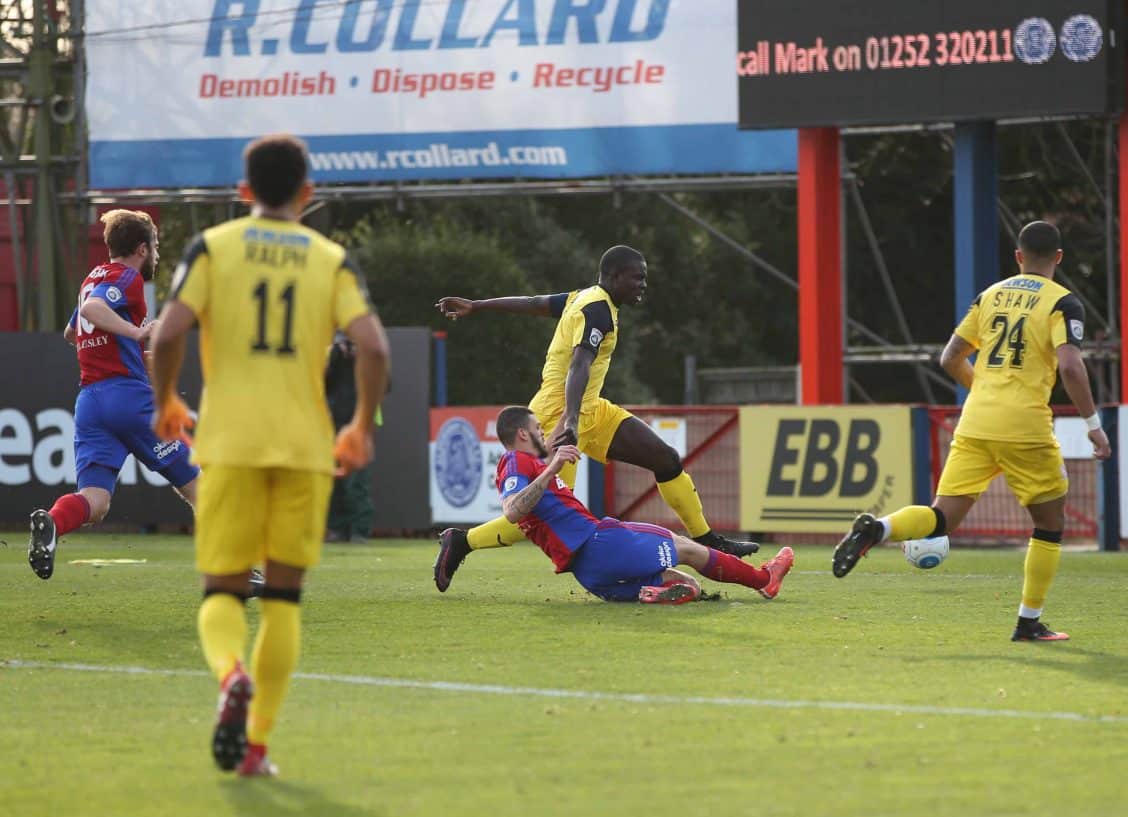 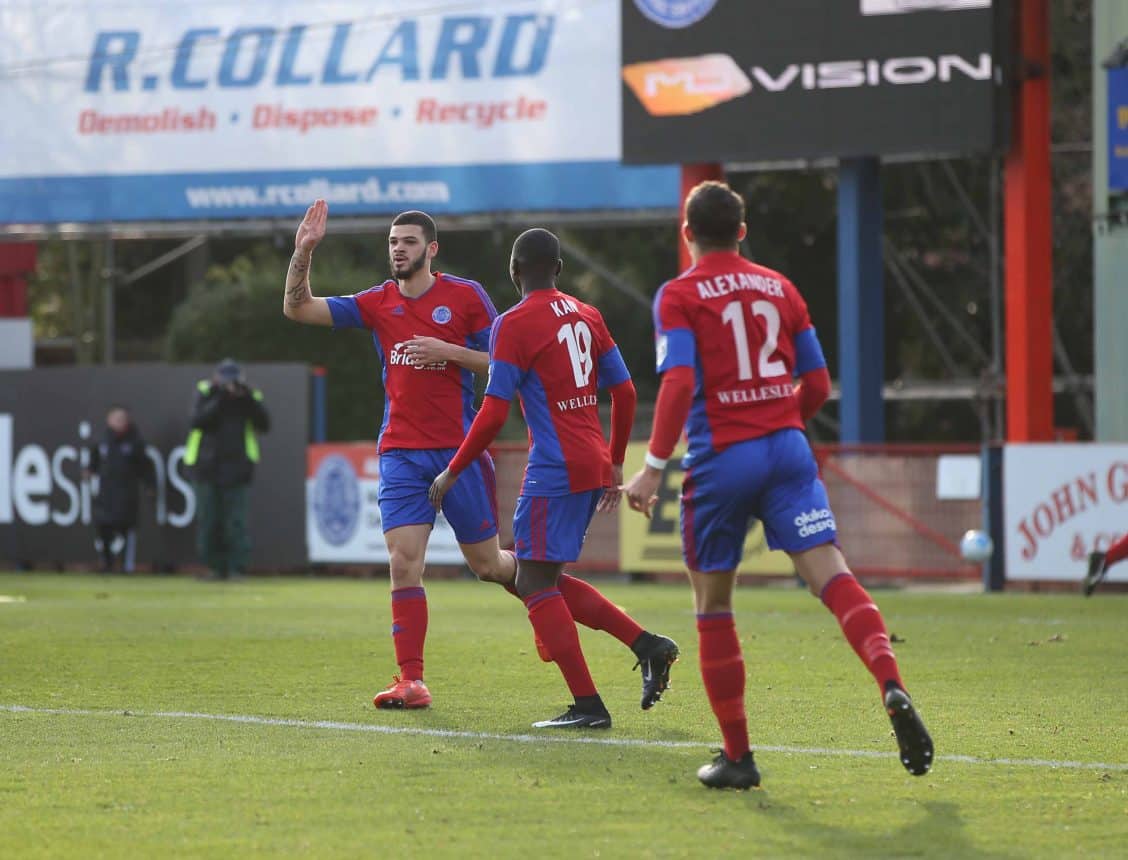 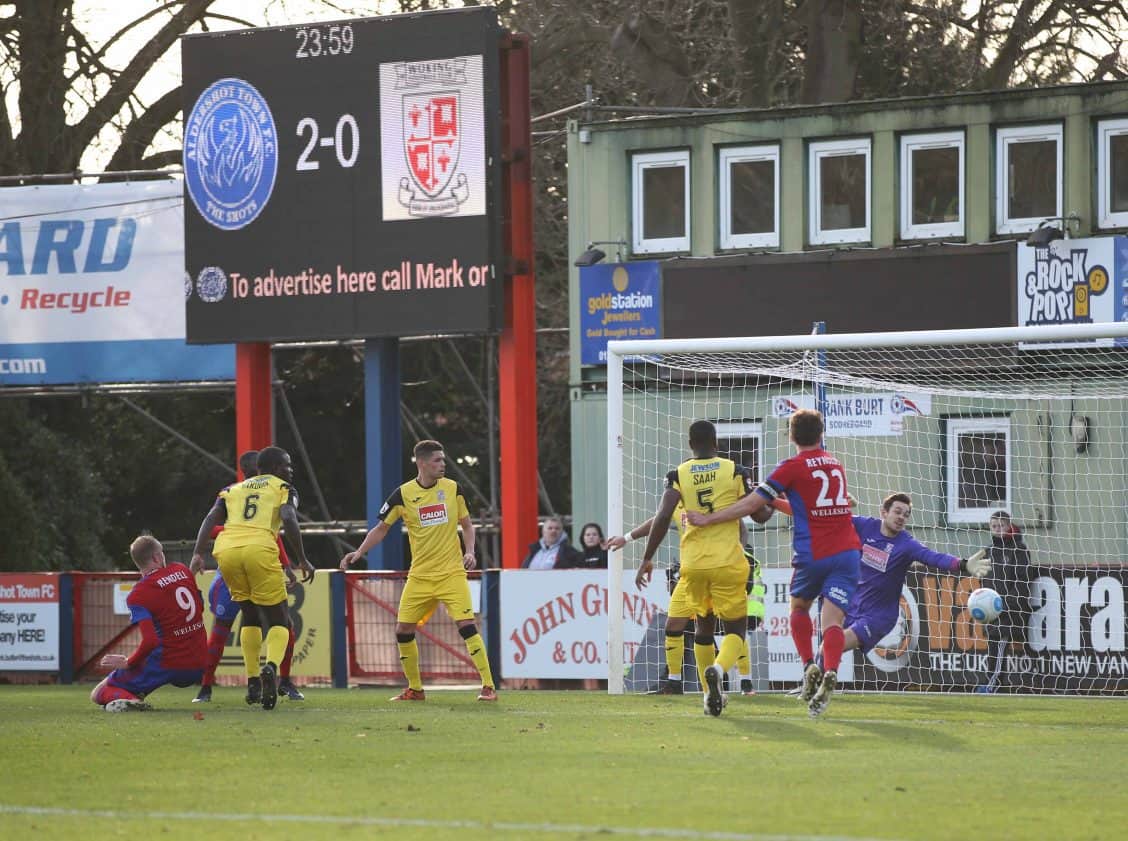 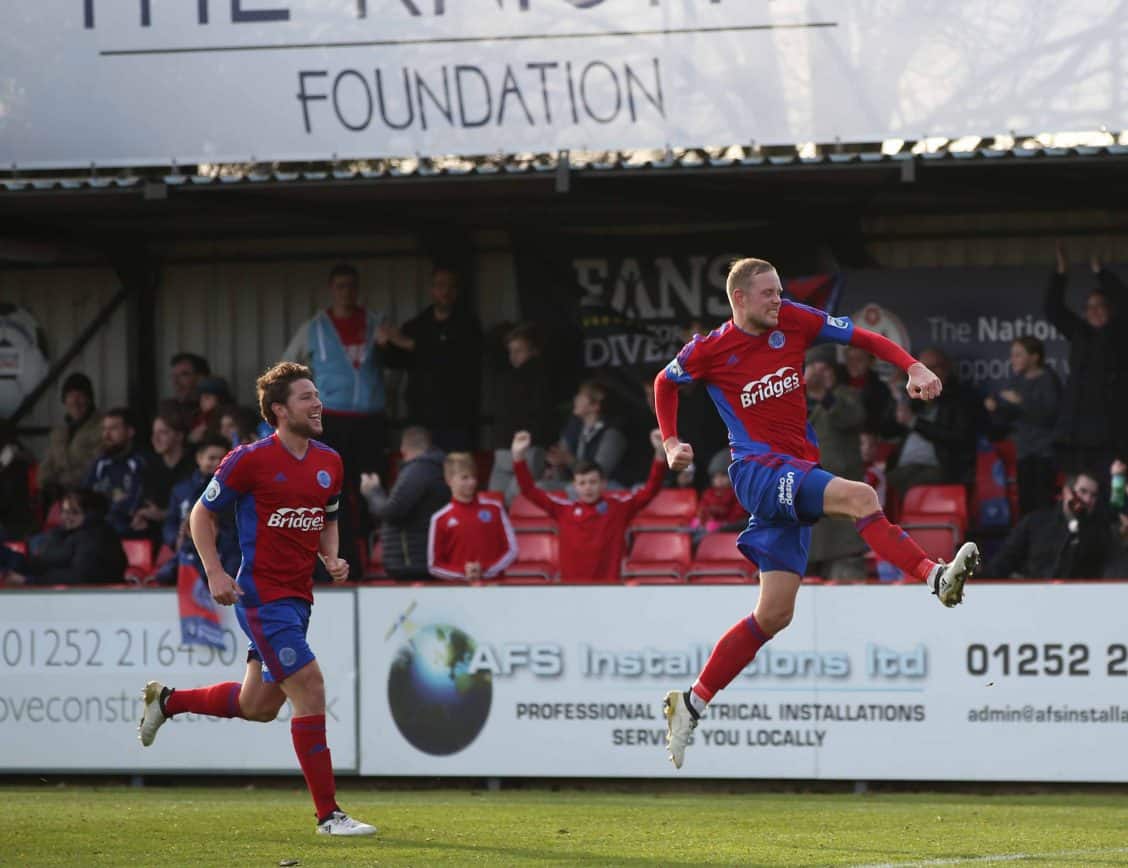 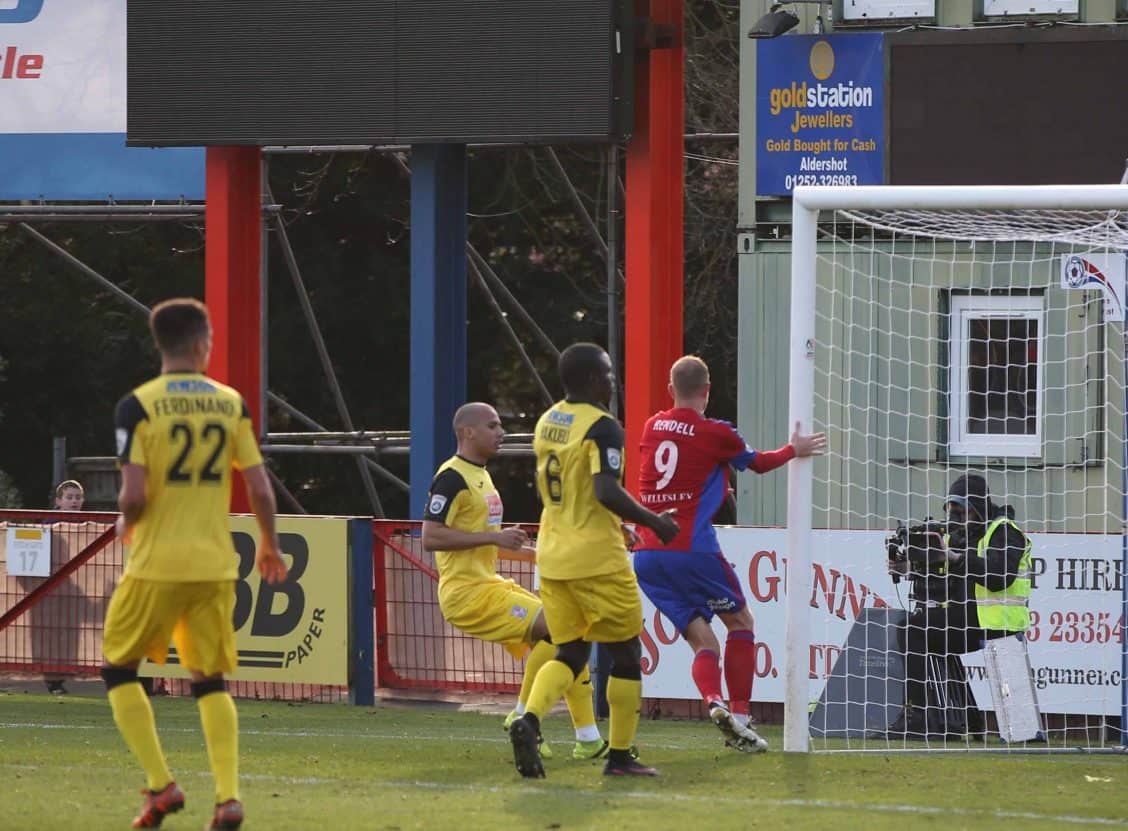 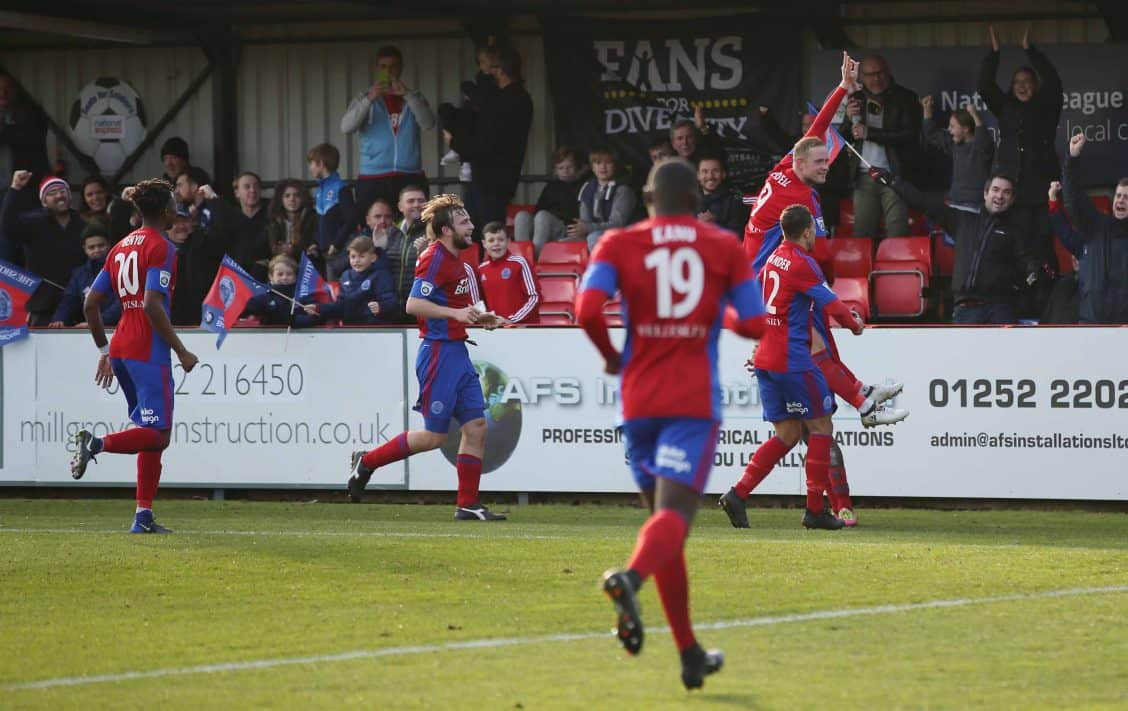 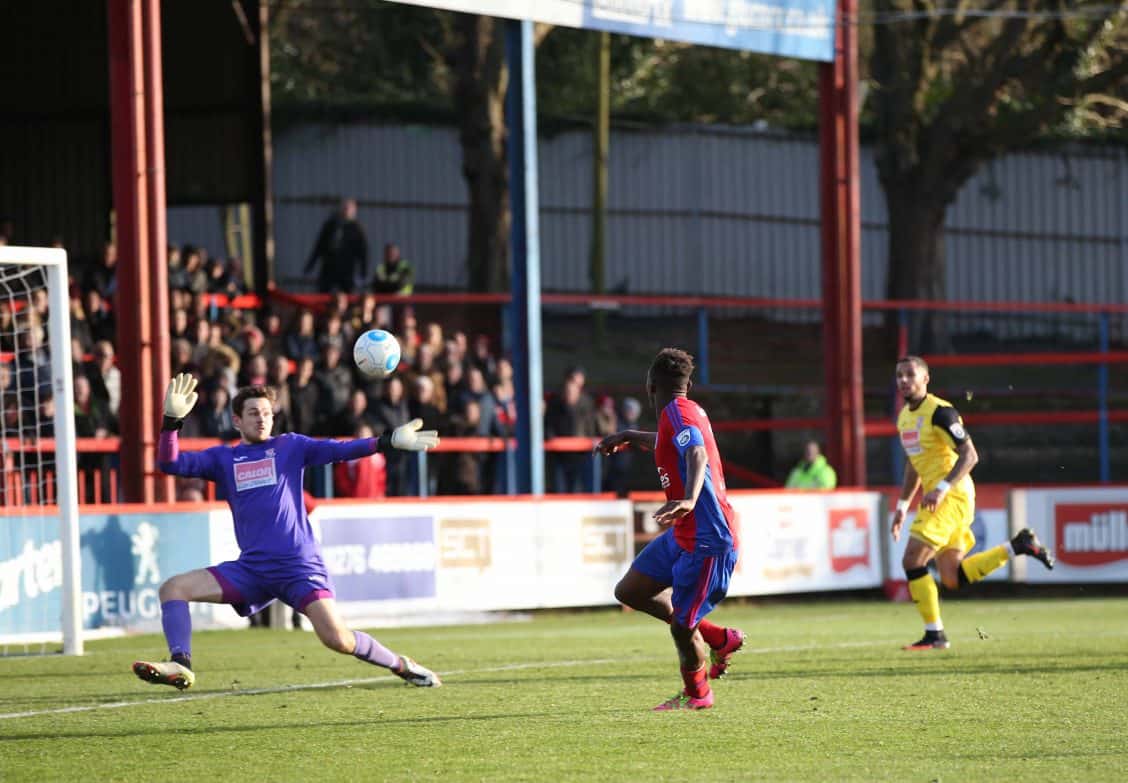 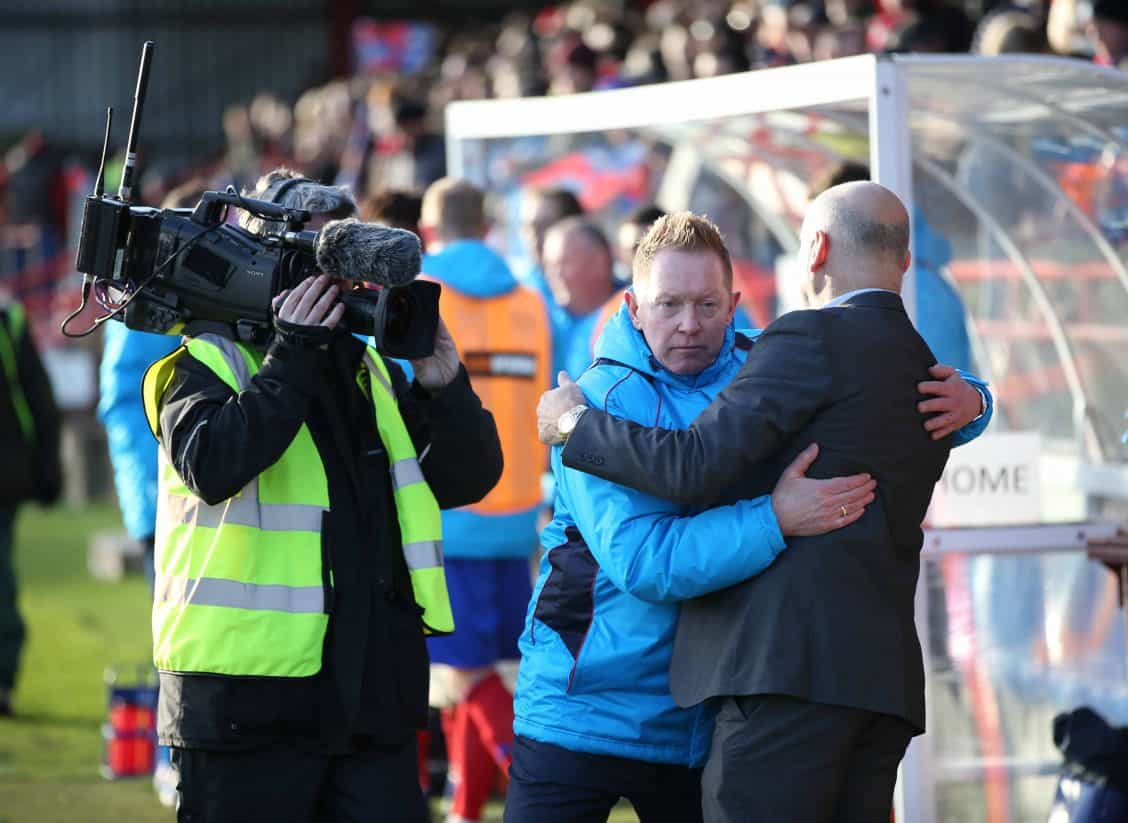 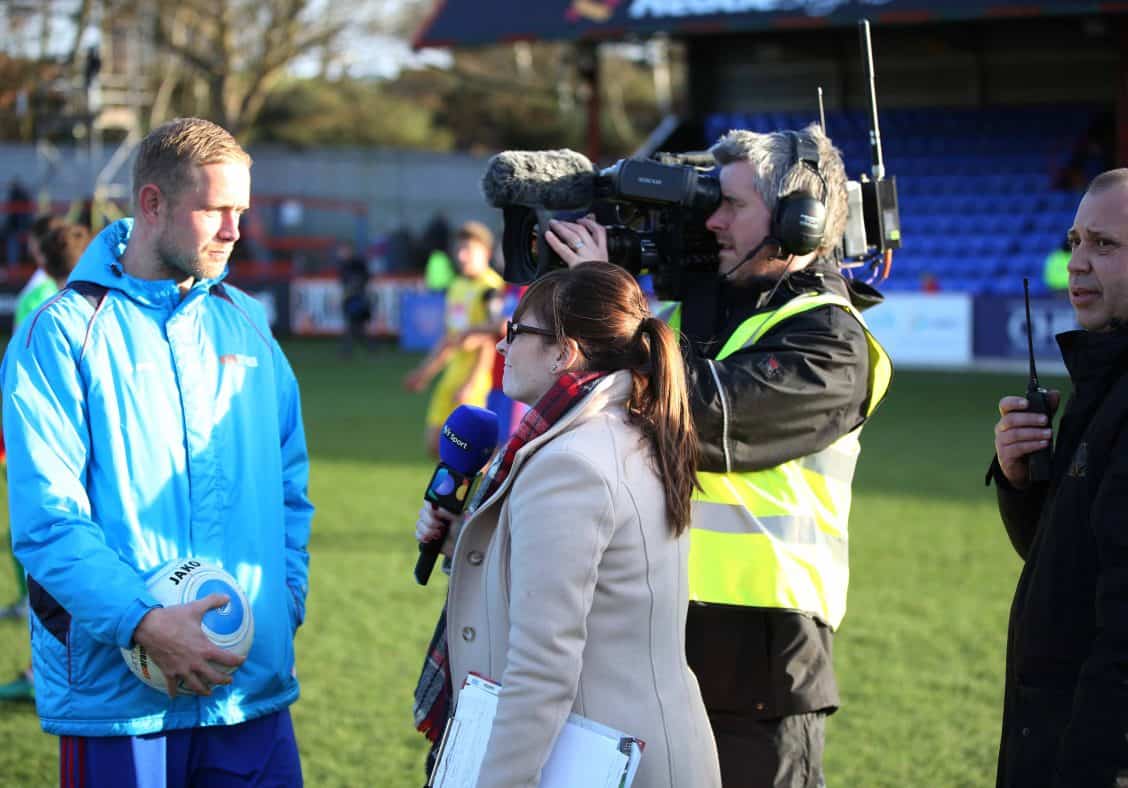 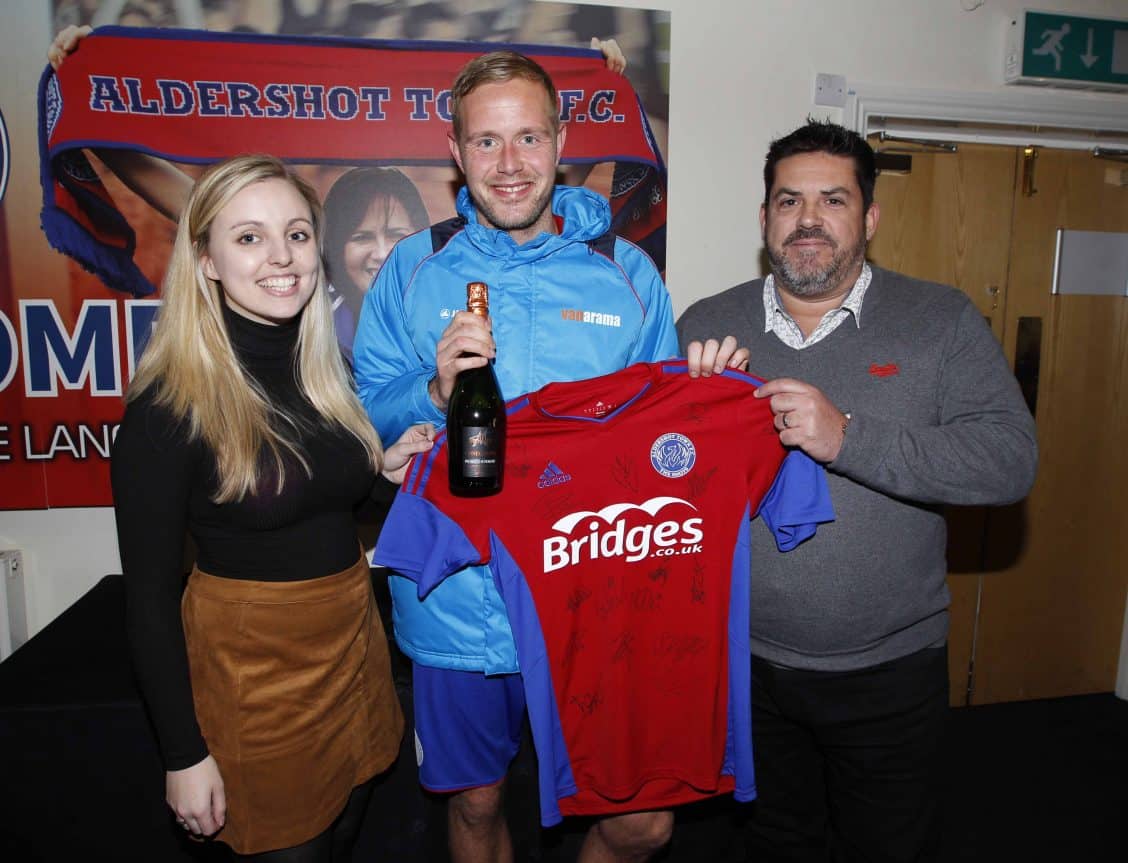 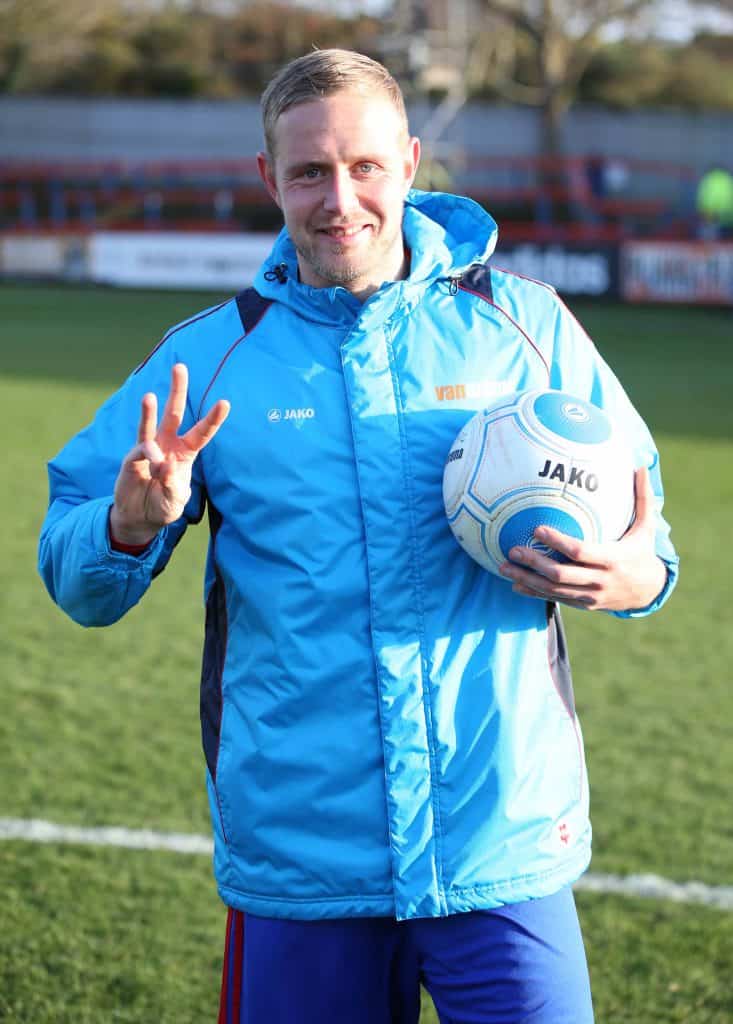