Ross Hannah’s brilliant 95th minute free-kick snatched a point for nine-man Barrow as the visitors came from two goals down in the final quarter of the game.

A superb opening 45 minutes from The Shots put the hosts in control against the side one place below them in the table, as Matt McClure fired the opener just 49 seconds after kick-off and Will Evans headed a second from close range on 26 minutes – yet the Bluebirds rescued a draw with two fine solo goals.

In the opening seconds, Alexander advanced down the right and found Kanu, who spun out and drilled in a low cross to the near-post. Rendell challenged the goalkeeper and, as Barrow failed to clear their lines, Mensah’s shot fell perfectly to McClure, 10 yards out, to hook the ball into the bottom corner of the net.

Still, though, Jake Cole had to make a fine reaction save to parry Richard Bennett’s header, from Shaun Beeley’s cross, on five minutes. Later half-chances came for Jordan Williams and Shaun Tuton, but it was Aldershot Town who extended their lead on 26 minutes. McClure had battled well to win a corner and, from Alexander’s delivery into the six-yard box, Evans held off Diarra and powered a header into the net.

Williams shot wide seconds into the second-half, and again went close on 54 minutes, but as the game entered its final quarter their appeared little danger of a comeback. Then, on 73 minutes, Diarra hacked the ball clear from on his own six-yard line out to Tuton, midway inside his own half near the right touchline. Picking up pace as he danced past challenges towards the penalty area he cut inside Callum Reynolds and fired a low 16 yard shot into the near corner past a wrong-footed Jake Cole.

Barrow immediately made their final substitution, to introduce Ross Hannah, and on 82 minutes his snapshot was superbly blocked by Reynolds.

From there, the game took a turn for the feisty. Harvey was booked for a late challenge on Kellermann and, on 87 minutes, Beeley was dismissed for wrestling with Callum Reynolds in aggressively trying to retrieve the ball at a throw-in.

Within two minutes, Nick Anderton received a second yellow card for pulling down with Shamir Fenelon as the pair chased a ball out towards the touchline.

Finally, deep into six minutes of time added on, Kanu was penalised for a shoulder-to-shoulder challenge with Harvey over 30 yards from goal, inviting Hannah to whip a shot over the wall and into the top corner of the net. 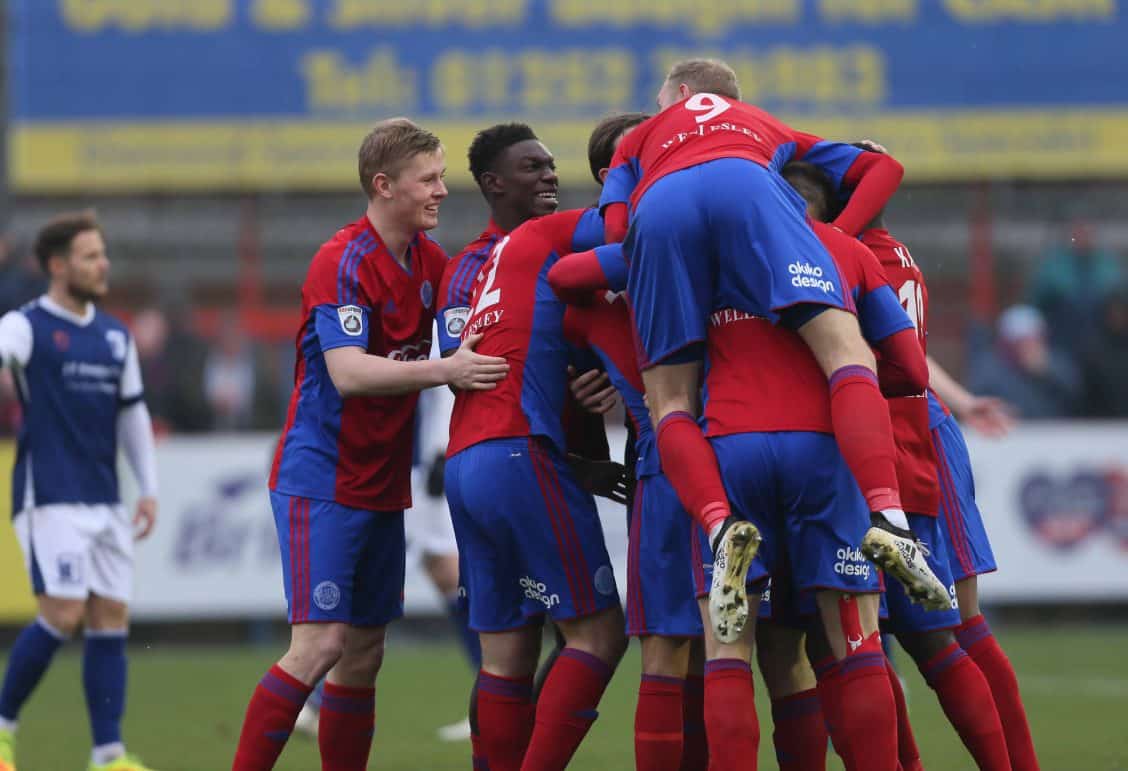 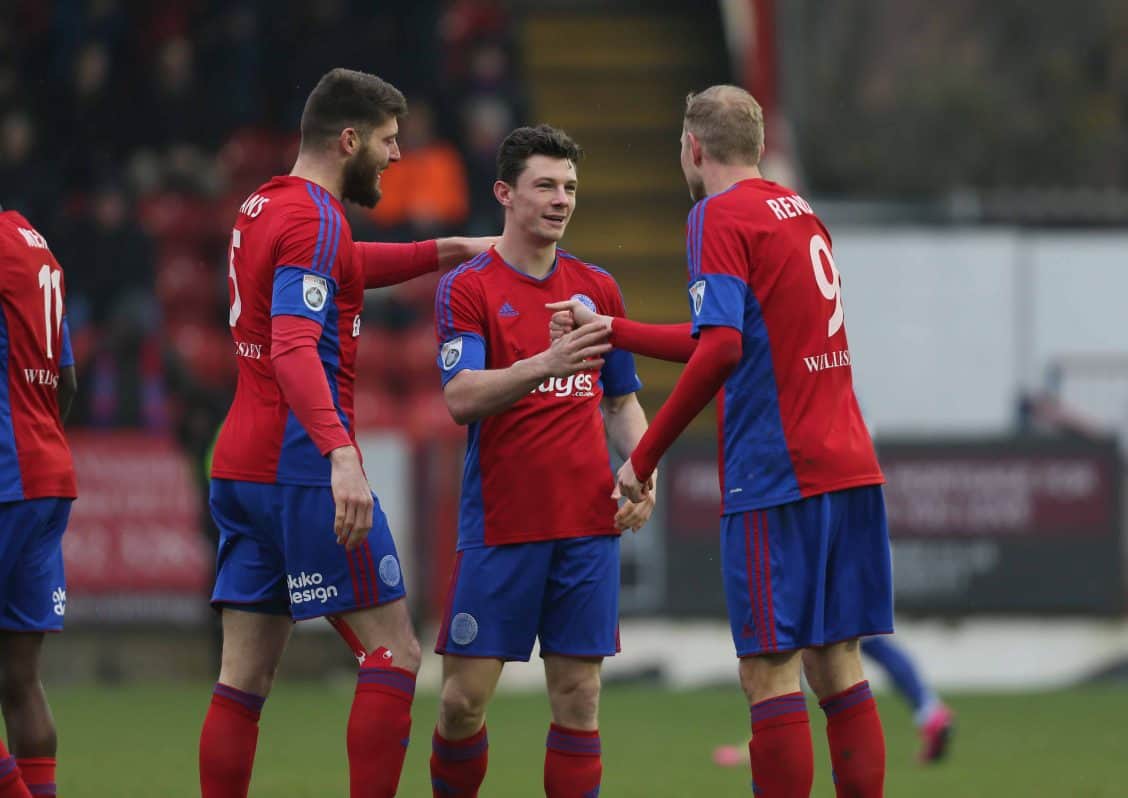 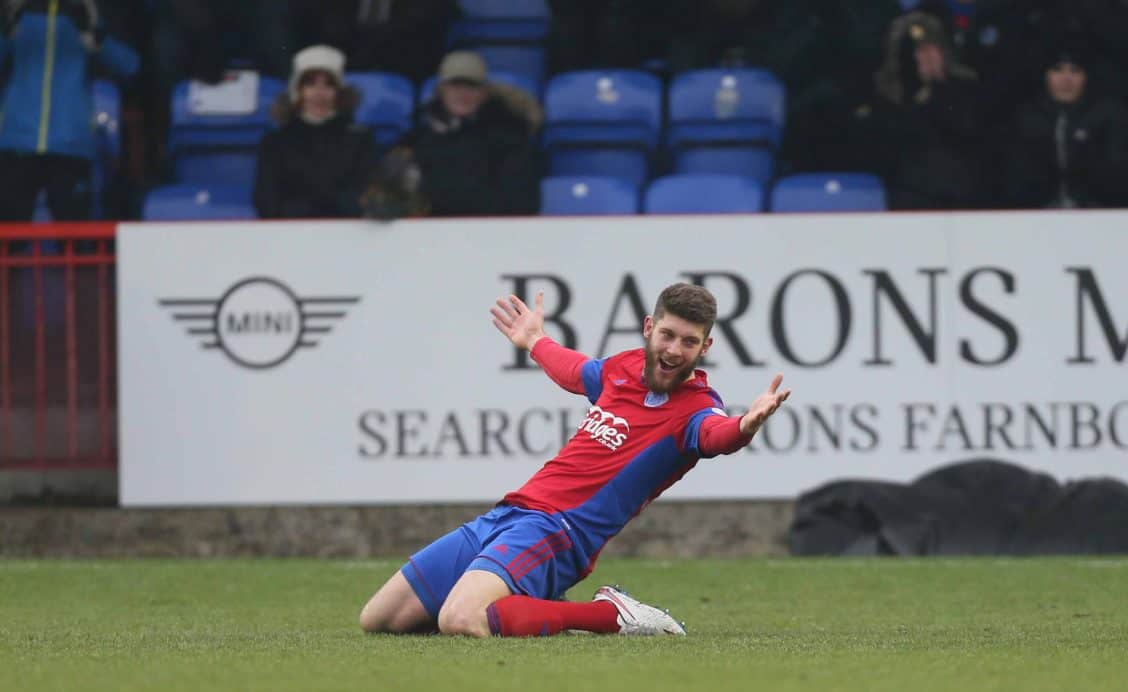 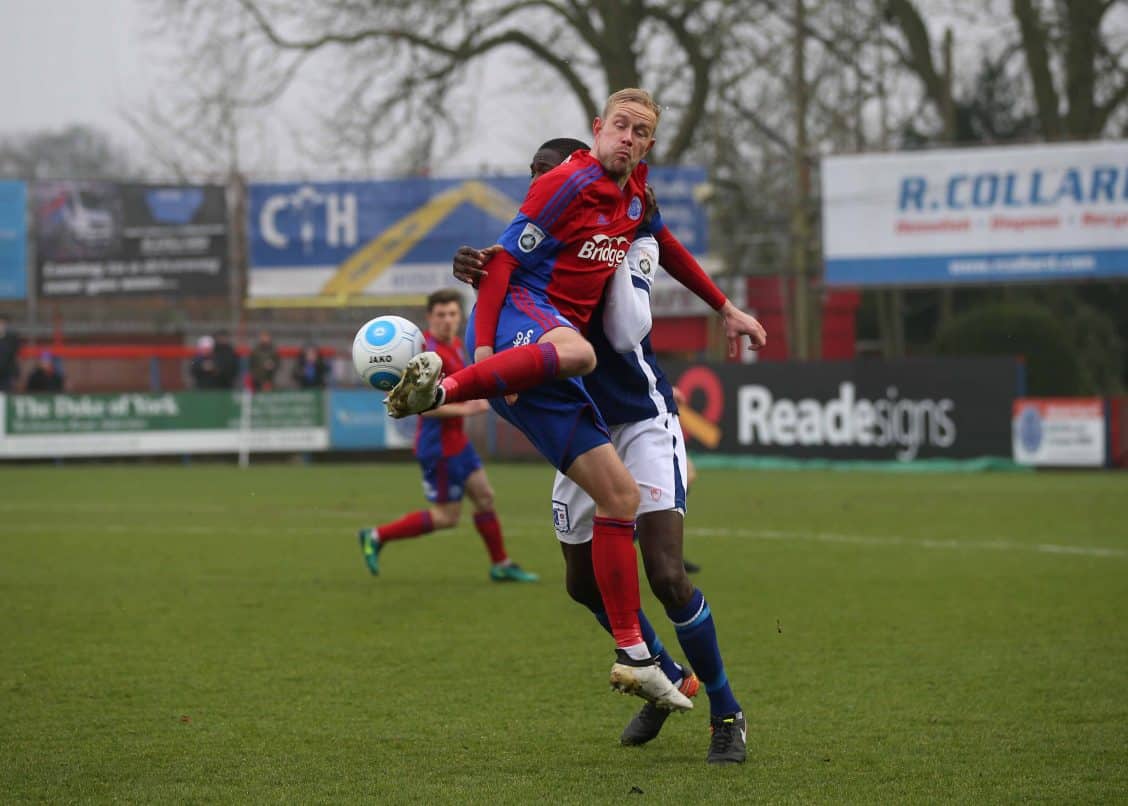 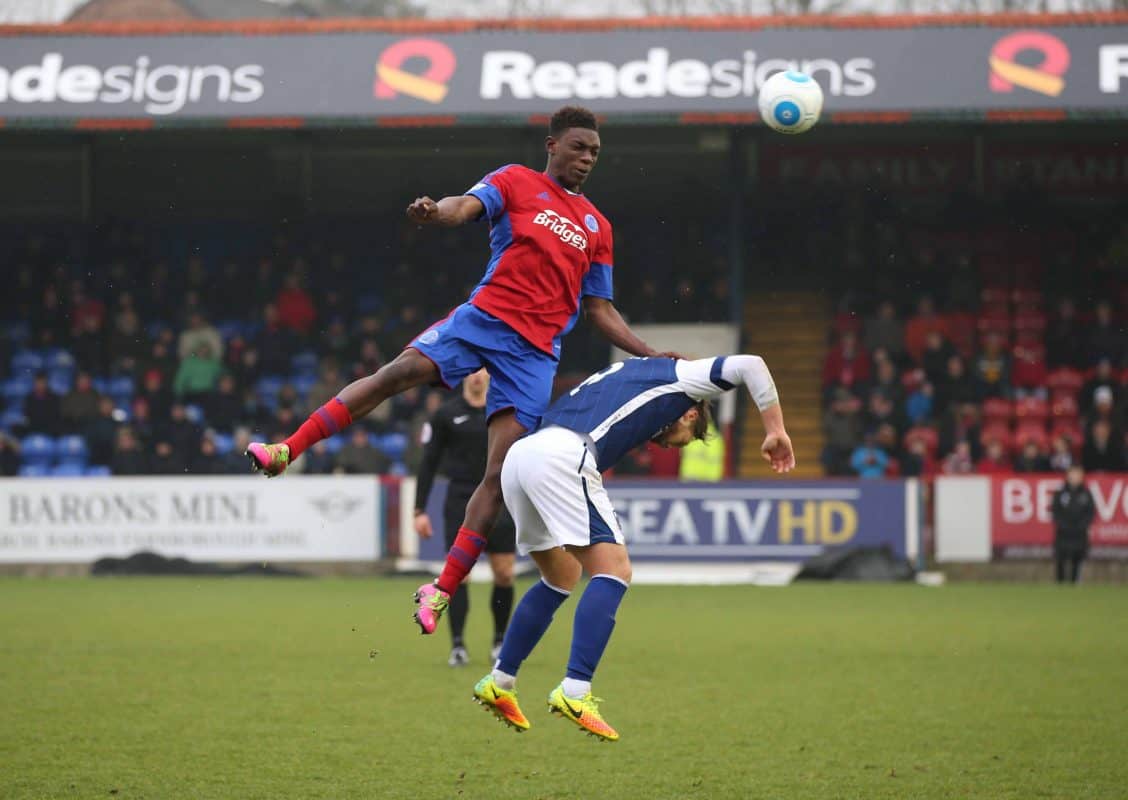 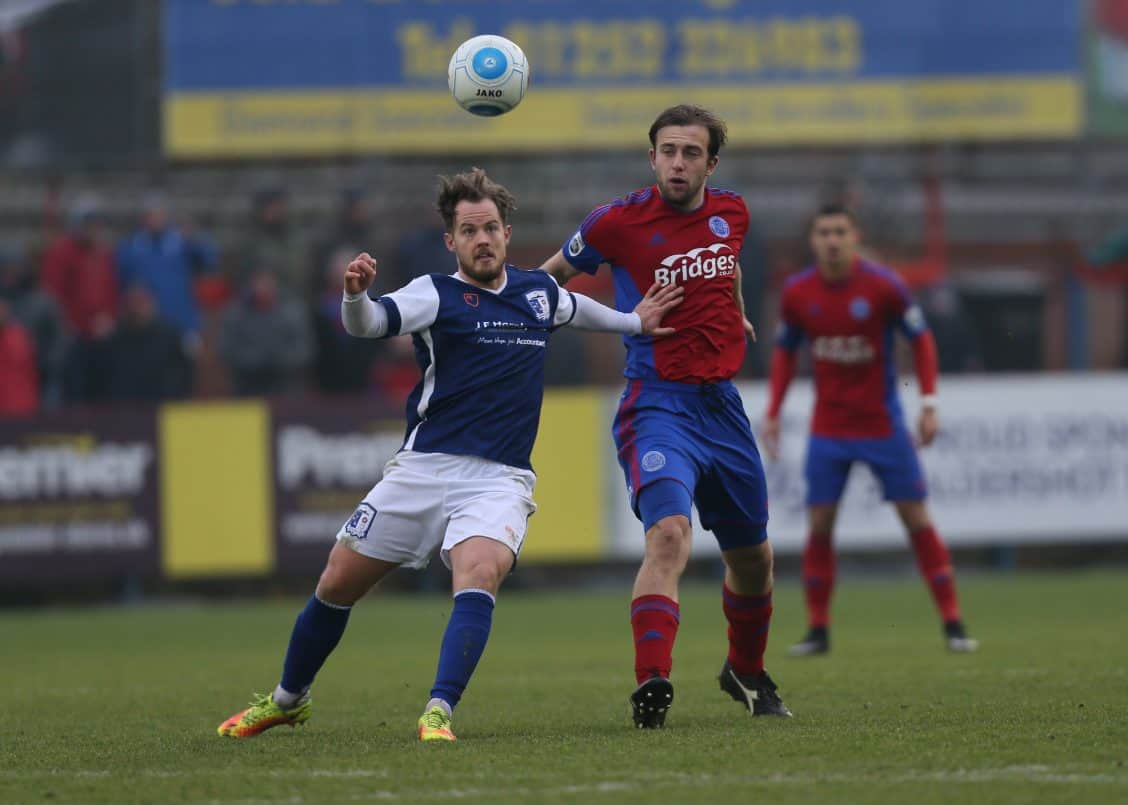 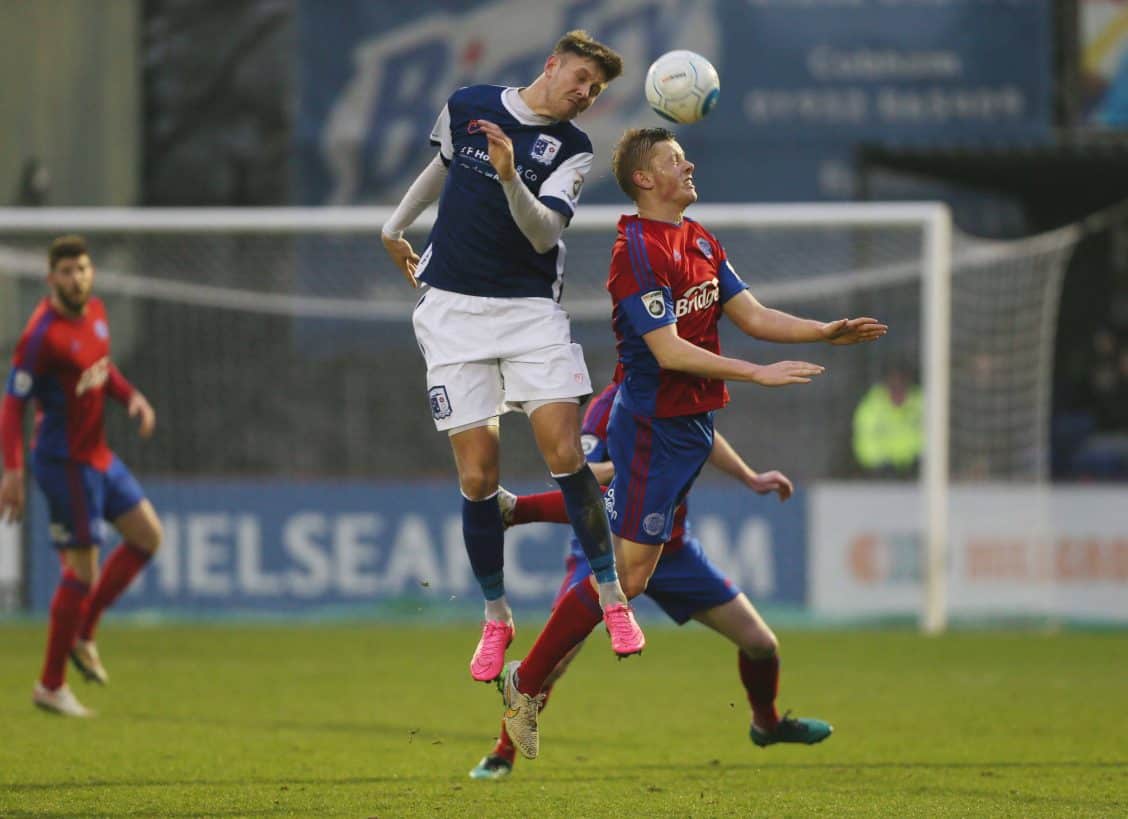 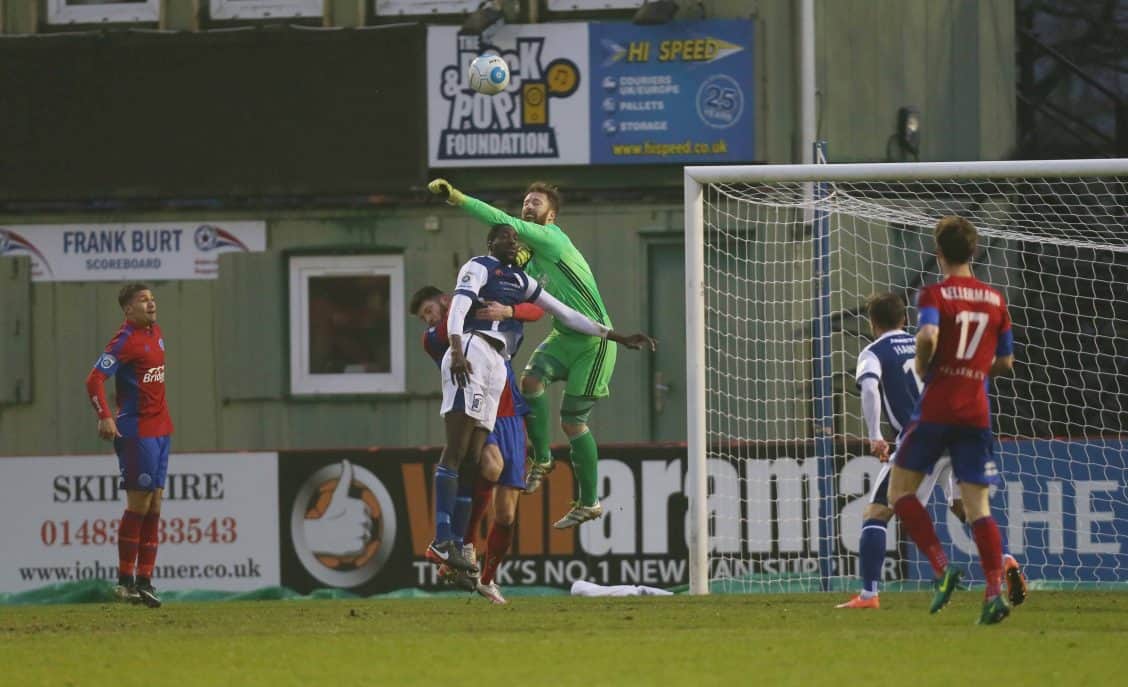 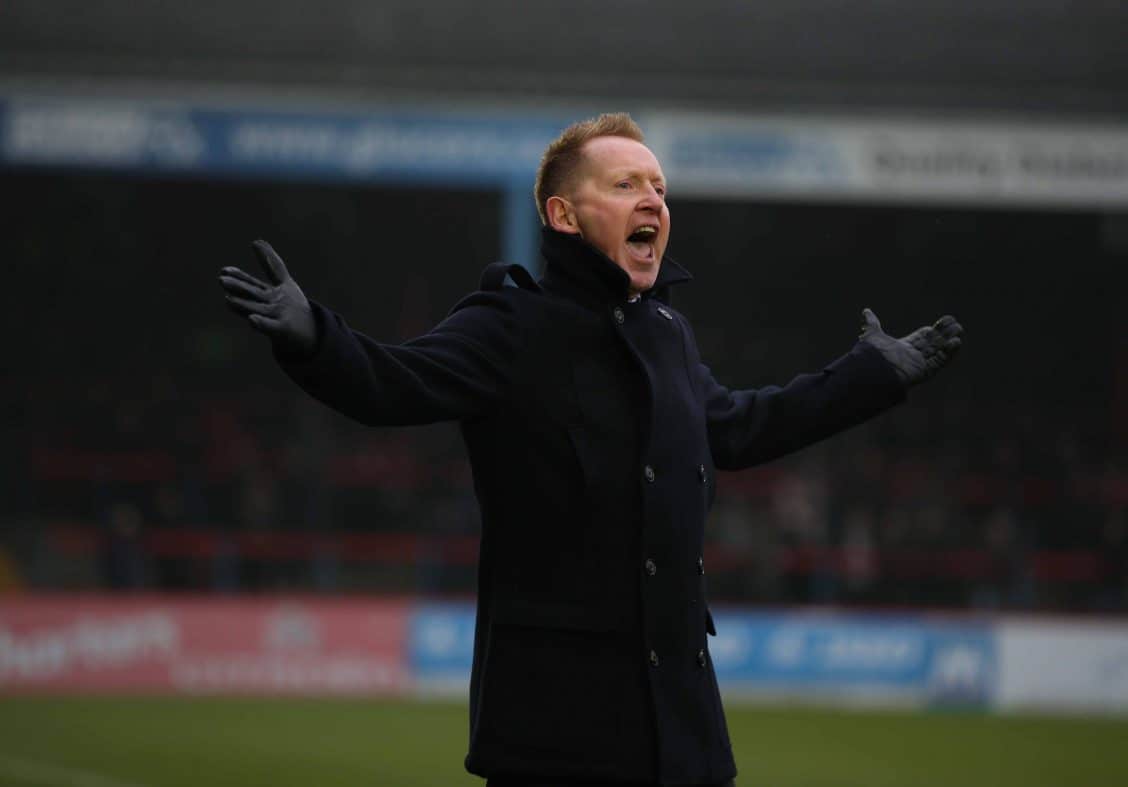 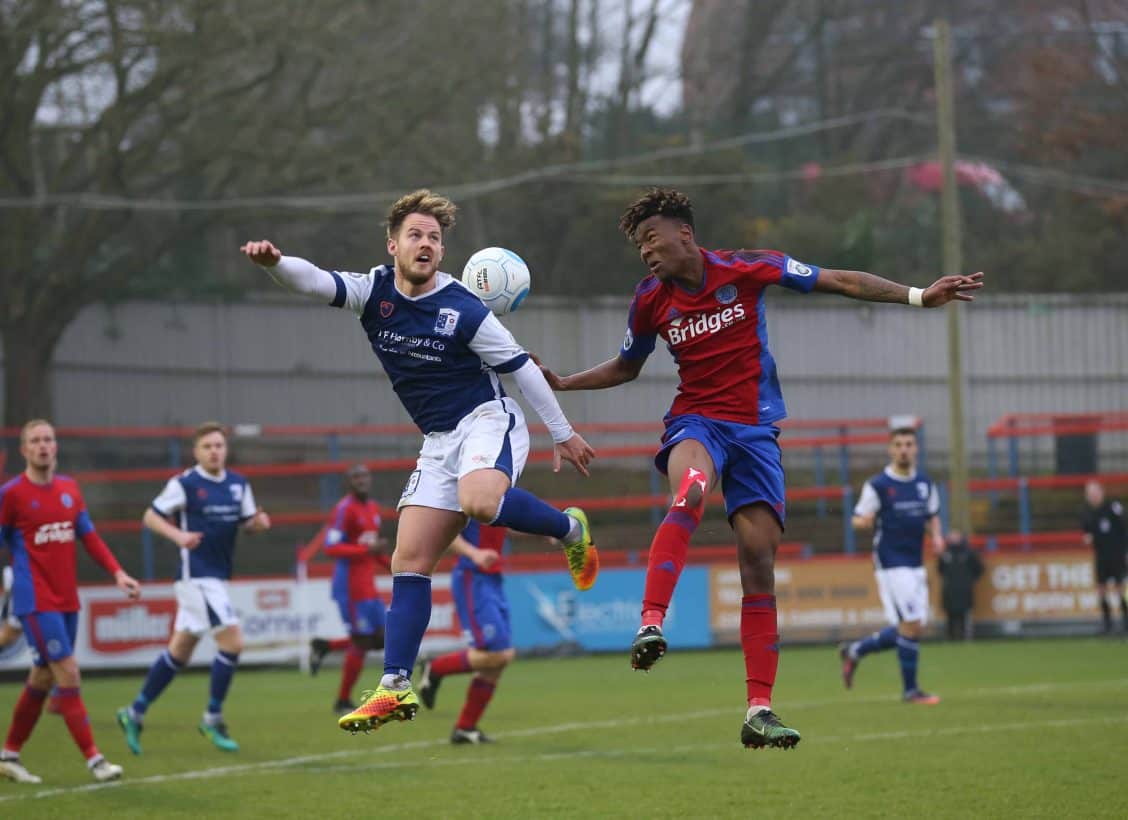 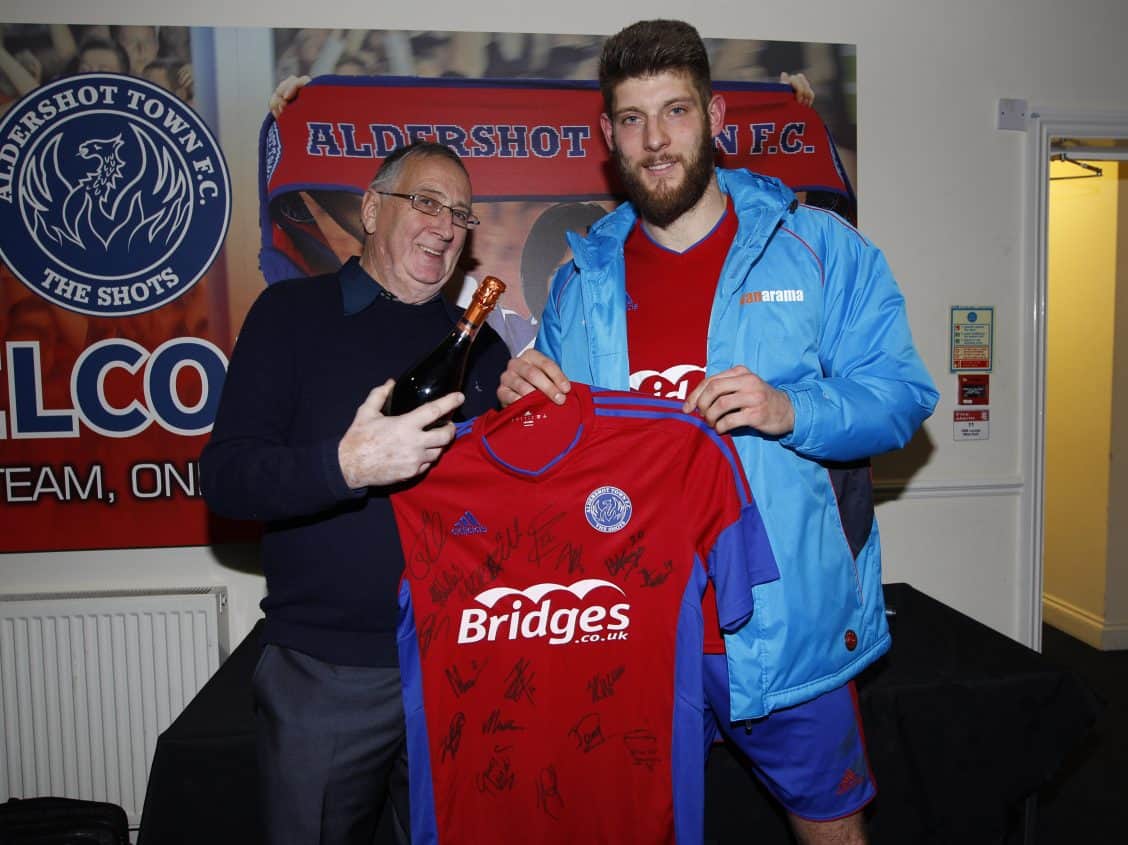