Scott Rendell and Jacob Berkeley-Agyepong secure the Shots their second win of the season following an impressive 2-1 display over 10-man Sutton United.

Shots took a well-deserved lead on the stroke of half time when a deep cross from Adam McDonnell on the left channel was fed through to a waiting Rendell, who was a step ahead of his marker and left him able to volley it in from six yards.

Sutton provided force in a game of equals for the first 30 minutes however, the visitors captain and ex-Shot Jamie Collins was sent off for a mistimed sliding tackle on Berekeley-Agyepong.

Adam McDonnell had the opportunity to open the scoreline in the first 20 minutes when Rendell’s control of the ball down the left wing enabled the striker to carry a through-ball forward to the midfielder. McDonnell angled himself towards the near-post but his shot was blocked close-range.

It was evident a goal was imminent before Rendell’s opener, when seven minutes prior a dangerous, low cross from Dominic Bernard skimmed across the six-yard box. However, no one was able to meet the full-back’s attempt in time.

The second half provided more high-intensity play as tensions also frayed off the pitch, with Sutton manager Paul Doswell receiving a yellow card for dissent.

The Shots began well, when a dispersed ball was picked up by Lewis Kinsella on the left wing. The wingers long ball was chased by Rendell and his two markers into the box but due to the tight angle, nothing was able to come out of it.

Soon after, Berkeley-Agyepong doubled the Shots lead following a through-ball by McDonnell in midfield to the winger on the left. The former Crystal Palace man raced into the box and finished the moment with a perfectly executed shot into the bottom right corner.

Sutton pushed forward in the final 10 minutes and the chance to score arose when a cross from Tom Bolarinwa found another former-Shot in Kieron Cadogan. He nodded it down to Ross Lafayette, also a former-Shot. However, Lafayette’s initial touch was far too powerful for the six-yard box and disappeared behind the near-post.

Sutton clawed back one goal after some precarious shoving in the penalty box between Luke Howell and Aswad Thomas left Thomas on the floor calling for a penalty. Once given, Lafayette stood to take it and slotted it past Jake Cole into the bottom right corner.

Overall, the Shots provided a united and threatening performance to push them out of the relegation zone. They face current league leaders Wrexham next Saturday in which promises to be a difficult but entertaining fixture in North Wales. 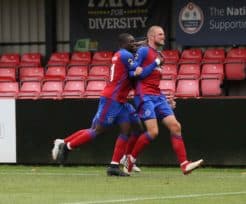 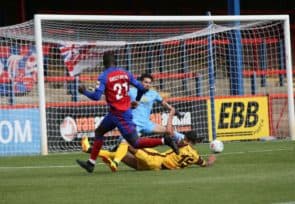 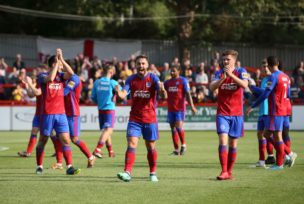 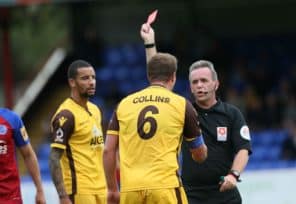 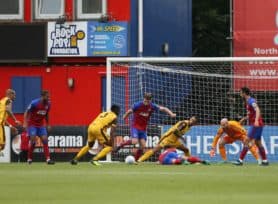 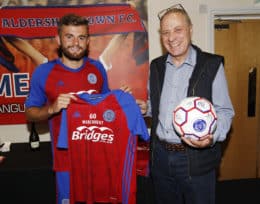