A beautiful day for a game of football as Aldershot Town draw 1-1 with south-west side Torquay United, leaving them still in contention for a play-off place.

The first-half saw multiple chances for The Shots, the majority coming from Bernard Mensah, an example of this coming in the eighth minute when Nick Arnold’s attempted cross reached Mensah in the penalty box however his shot was noted offside and hit the side net.

The 13th minute saw striker Scott Rendell shout for a penalty after a skilful run down the left side saw just him and a member of Torquay’s’ defence within the penalty box, shoulder-to-shoulder for a high through ball. This led to Rendell go down however referee Robert Whitton only deemed a goal kick necessary.

Four minutes later and Rendell’s bad luck continued when Arnold’s cross was turned in by Rendell however the offside flag was up and the goal disallowed.

Torquay took their chance on goal in the 33rd minute when Jamie Reid’s deflected shot led to Ruairi Keating smashing the ball into the net, straight past an exposed Jake Cole.

The final play of first-half saw a Nick Arnold corner deflect to Mensah, whose shot went straight over the crossbar. A frustrating end to an even more frustrating half.

The second-half became slightly more vibrant, Idris Kanu highlighted his strength and determination when pulled down by a Gulls player before he regained control and outran three Torquay players to the penalty box. However, he was unfortunately unable to get a shot away.

A near goal from Matt McClure, with a powerful header courtesy of a Kundai Benyu cross, led to exasperated sighs, but The Shots finally broke even when a 25-yard free kick from Man of the Match Benyu slotted straight past keeper Brendan Moore into the back of the net. The euphoric response to the crucial goal emphasised the reason as to why Benyu’s loan has been repeatedly extended.

It was a tense final few moments which became 13 minutes of added time. An important save from Jake Cole, to prevent former Shots player Brett Williams firing in a shot, led to him being stretchered off and resulted in Rendell assuming the goalkeeper position.

The Shots’ travel to Birkenhead on Good Friday to face second-placed Tranmere Rovers, in what will doubtless be a tough game for both sides. But with their magnificent travelling support, The Shots will arrive with confidence. 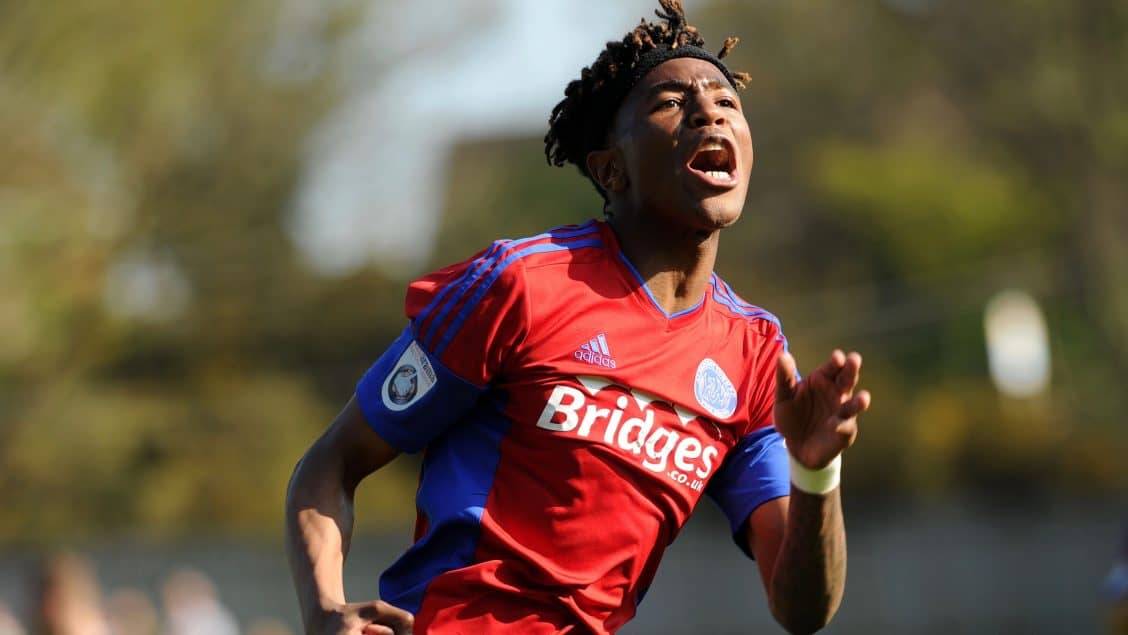 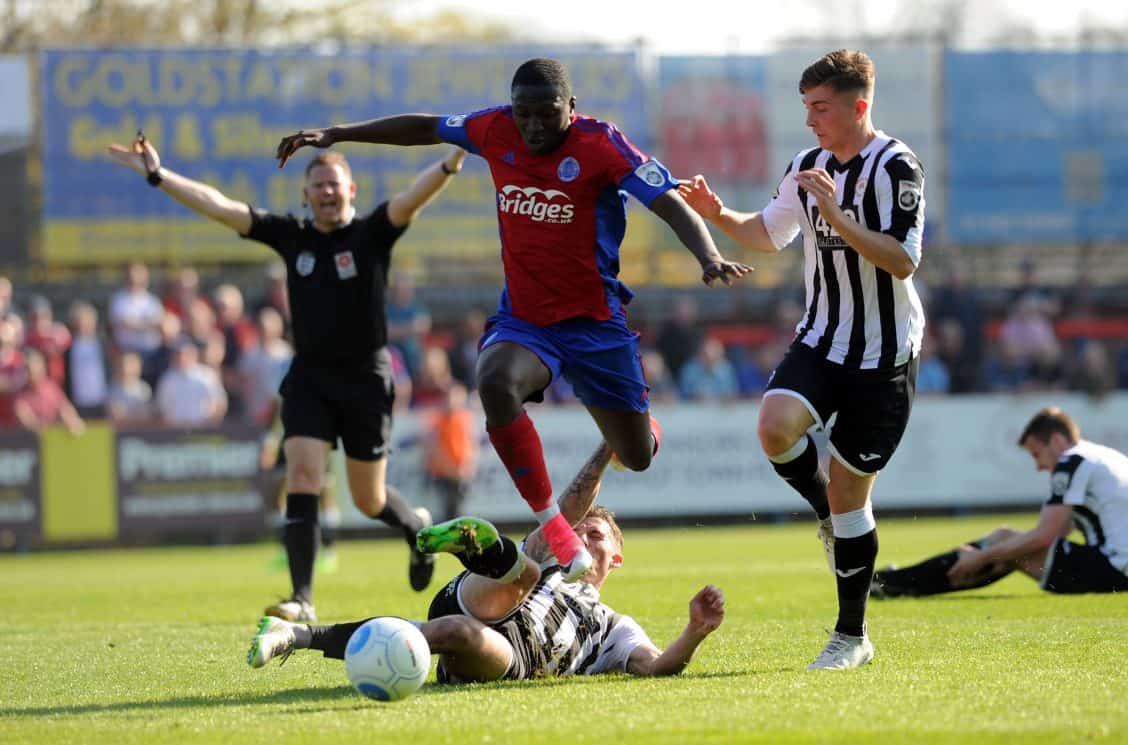 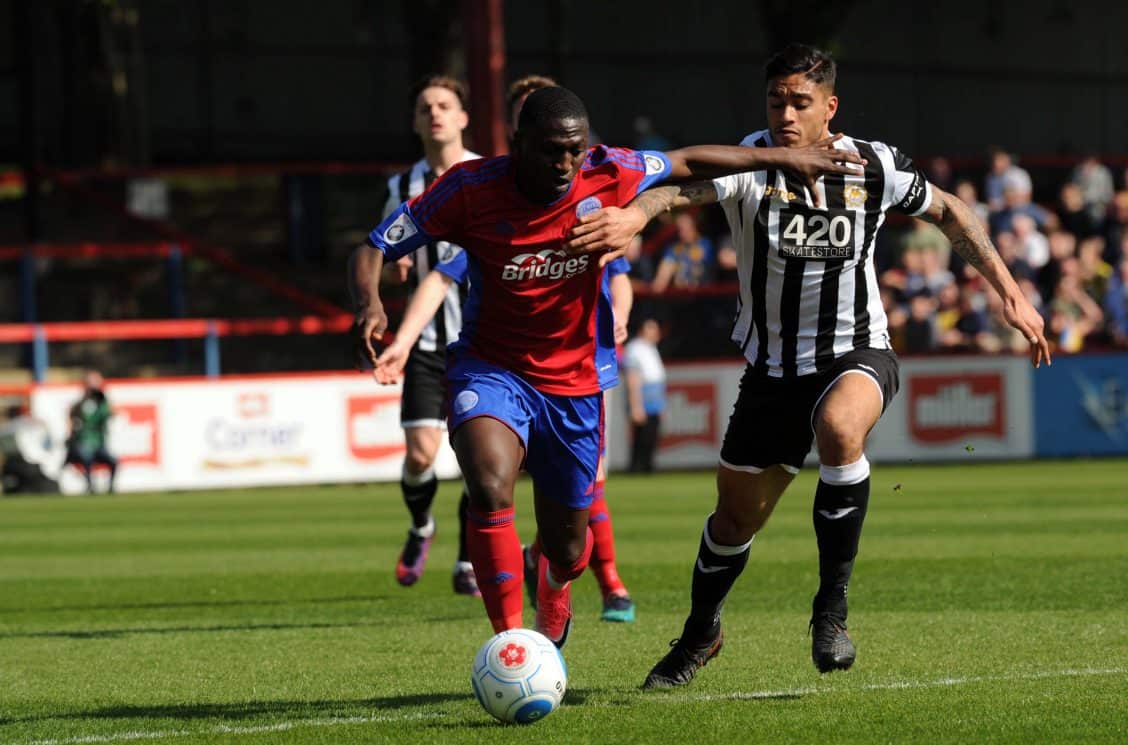 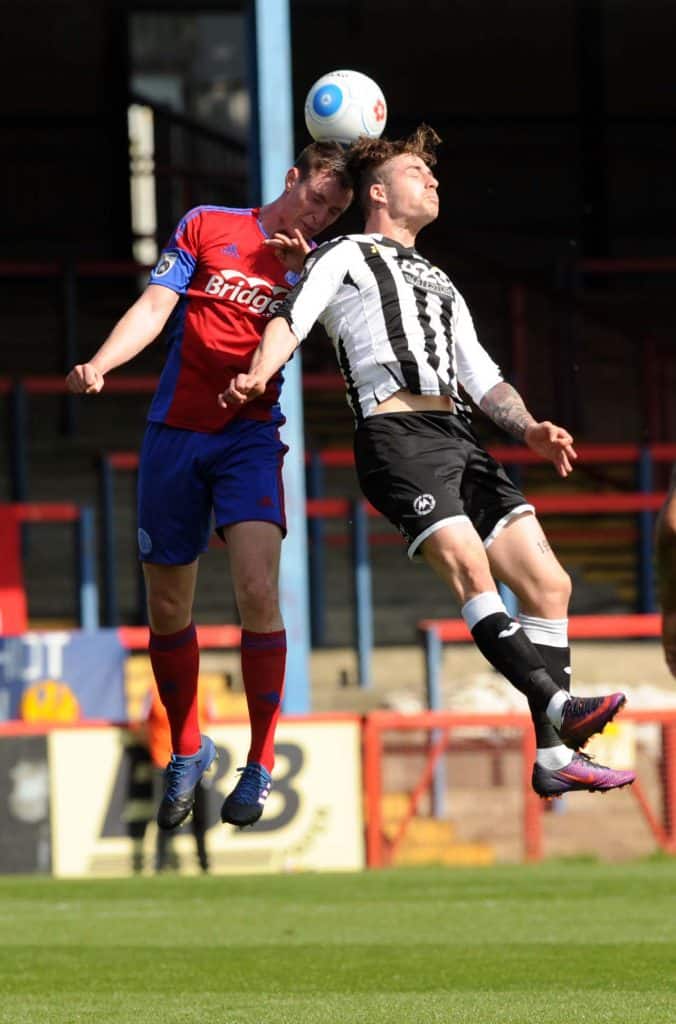 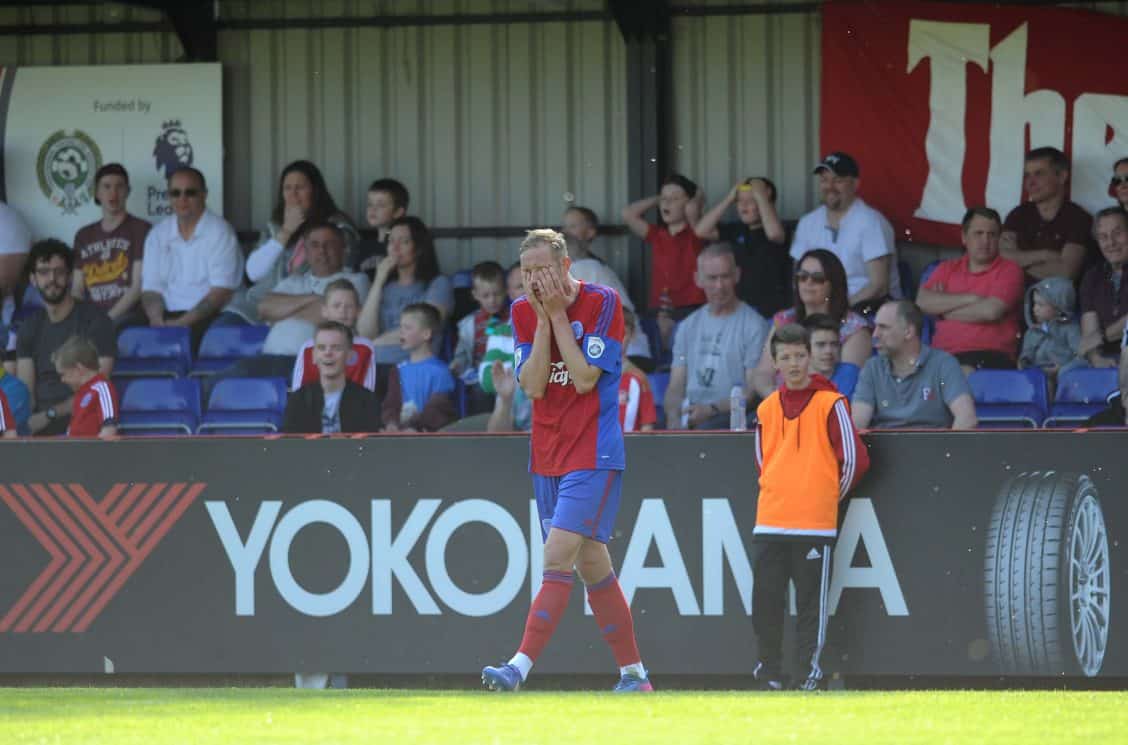 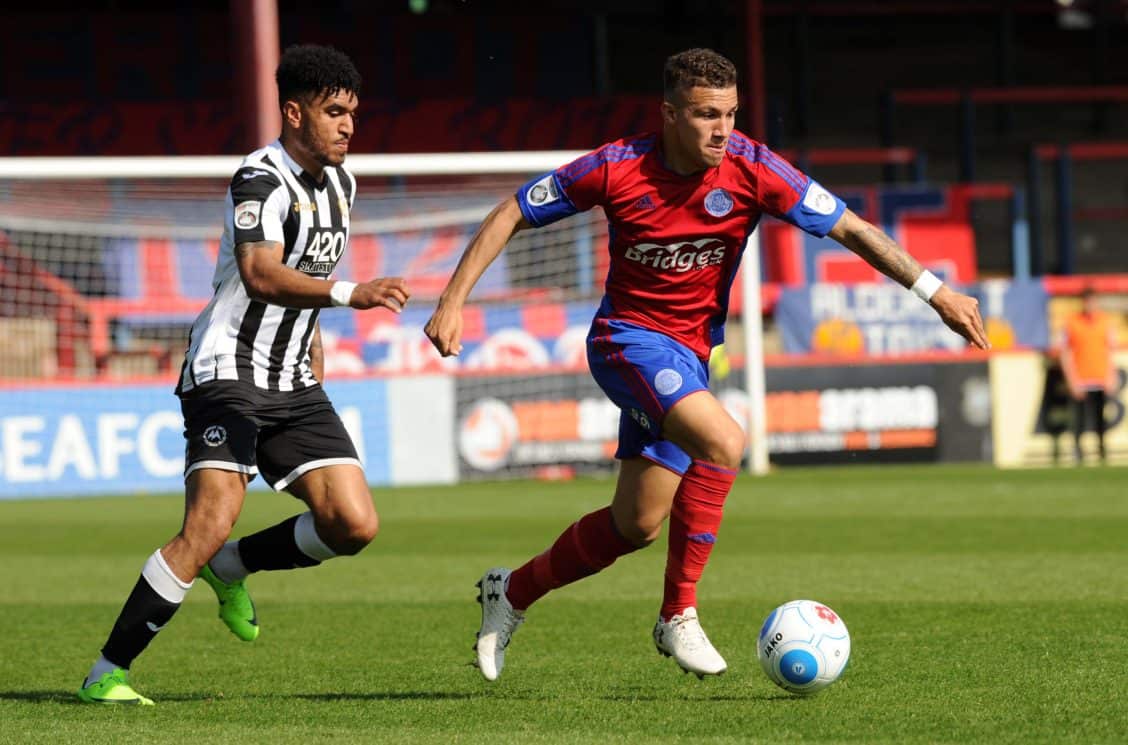 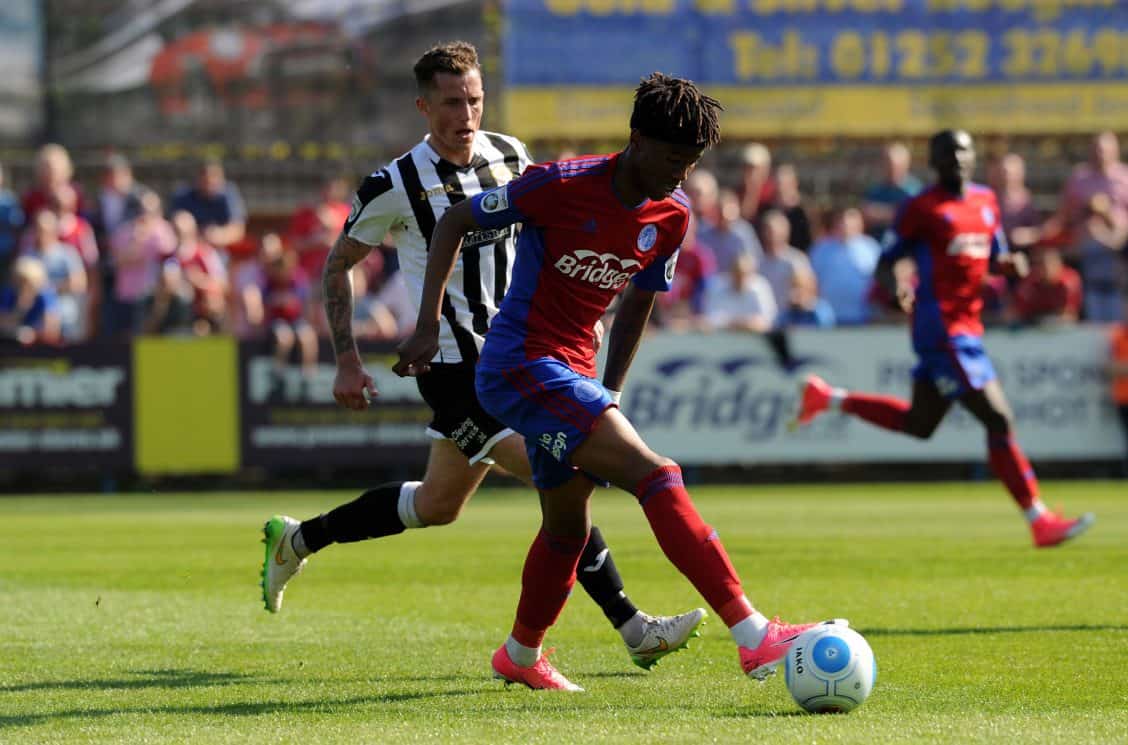 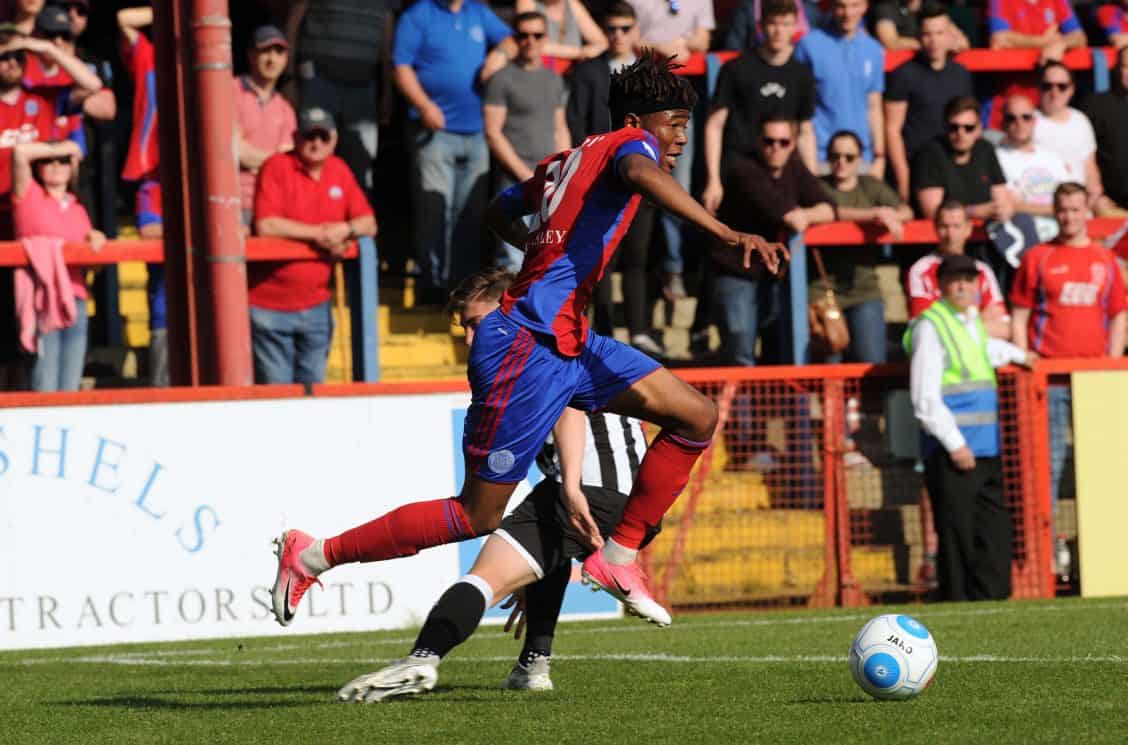 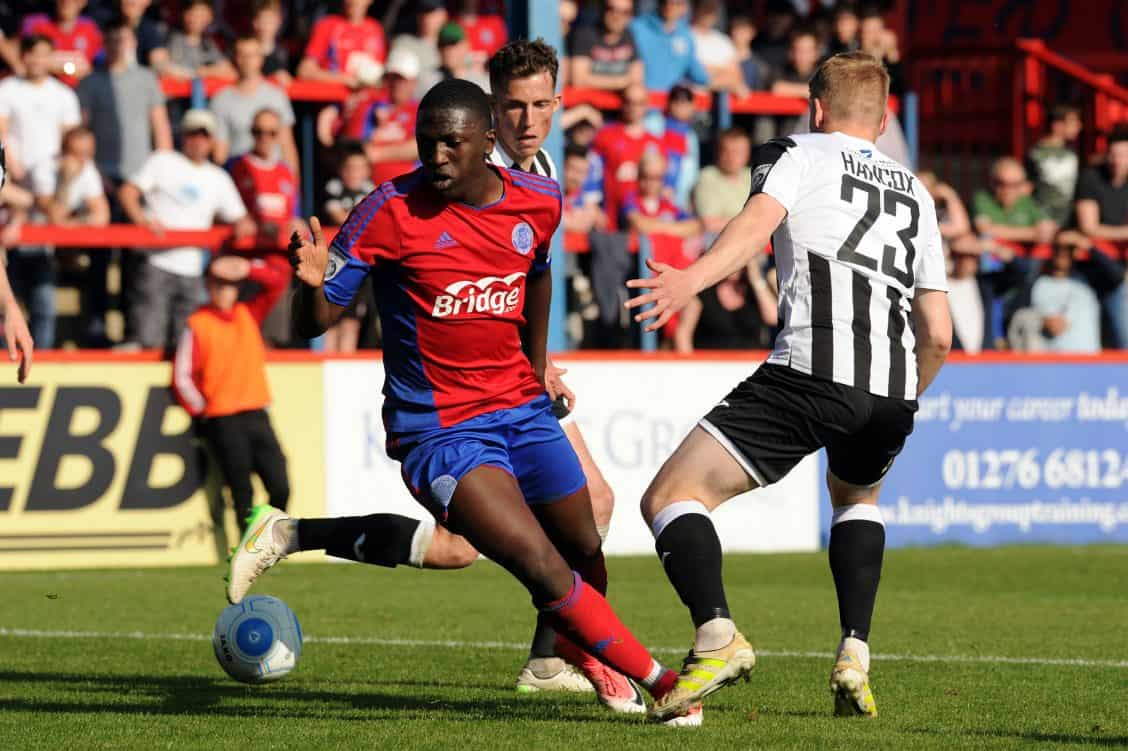