Aldershot Town returned to winning ways with a 1-0 win over second-from-bottom side Solihull Moors and overcame even more injuries as Shamir Fenelon’s early goal kept The Shots’ in the top five.

Already forced into giving debuts to George Fowler and Adam McDonnell, The Shots were hoping for no more injuries, with Nick Arnold, Bernard Mensah, Will Evans, Manny Oyeleke and more watching from the Directors Box; however, immediately after his goal, Fenelon was replaced by 17 year-old Luca Wrightman after a bittersweet moment in which he strained his hamstring in the act of scoring.

Their first opportunity was a 22-yard shot from Jim Kellermann and, although parried by goalkeeper Vaughan, it was the resulting corner which gave The Shots a ninth-minute lead. The corner, taken short by James Rowe to Bobby-Joe Taylor, made its way back to Rowe and enabled his cross into the box for Fenlon to hook in from close-range.

Tahvon Campbell had two shots deflected wide by solid defending, and on the stroke of half-time it looked like The Shots would be 2-0 up, as Rowe’s low cross into the penalty box deflected off the stretching Liam Daly and onto the outside of the near-post.

The second-half had much more potential for The Shots to increase their lead. The crucial partnership between Rowe and Taylor was emphasised after Chris Arthur gained possession just outside his own box and, via Rowe, found Taylor, who raced into the opposition penalty area but his drive flew narrowly over the bar.

A resilient Aldershot Town continued to push for a second goal in the final twenty minutes, and Taylor was closest with a few opportunities; found in space from Kellermann’s pass, his low shot from the left was turned around the post by Vaughan’s fingertips. Soon, a brief exchange between Rowe and Taylor left Bobby-Joe close to goal but with two Solihull players on his back, and a hurried shot only found Vaughan’s hands.

Solihull’s biggest opportunity came when a cross from George Carline found Oladapo Afolayan breaking in behind Chris Arthur but, with only Cole to beat, he was unable to control the dropping ball.

Further credit came to Vaughan in the final few minutes from a fine double save denied both Taylor and Jake Gallagher. Scrappy possession and half-chances led to an eventual goal from Gallagher in the same move, but the offside flag muted celebrations before they had begun.

Matt Bozier was the day’s fourth debutant on 89 minutes, and in doing so became the first person born in the 21st century to feature for Aldershot Town!

The tale of the game, though, was told by Shots’ captain Callum Reynolds taking a well-deserved Man of the Match award, having stood strong for the entire 90 minutes in an impressive defensive display alongside Fowler.

The Shots remain in the top five with 14 points; however, they are just two points off the top and with five points separating first and 14th, the nascent National League table remains fascinatingly formed. 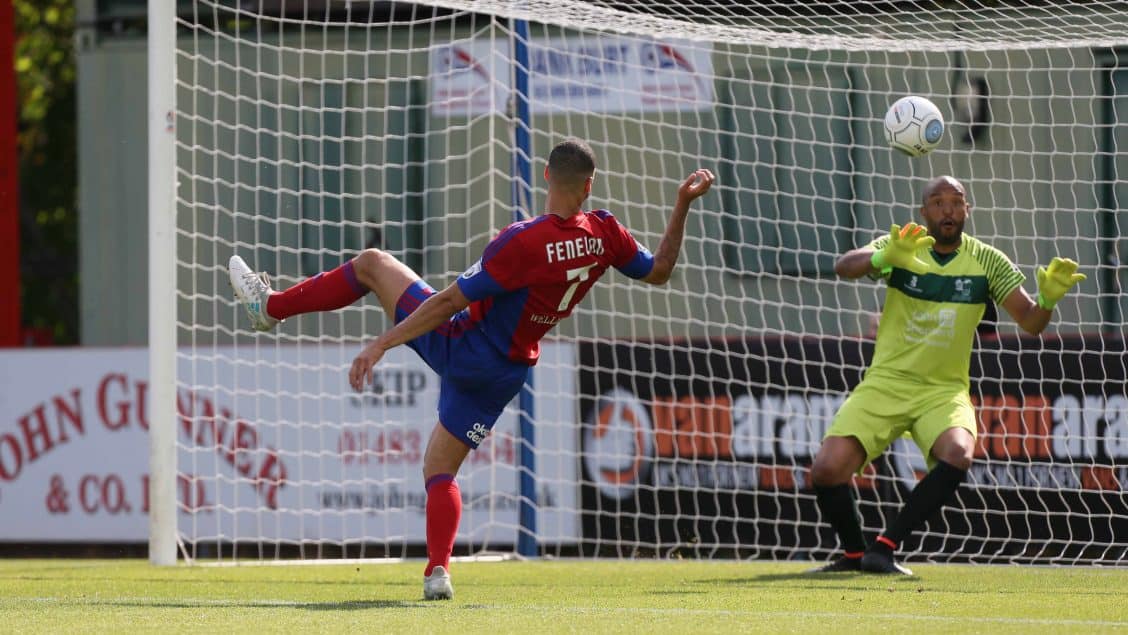 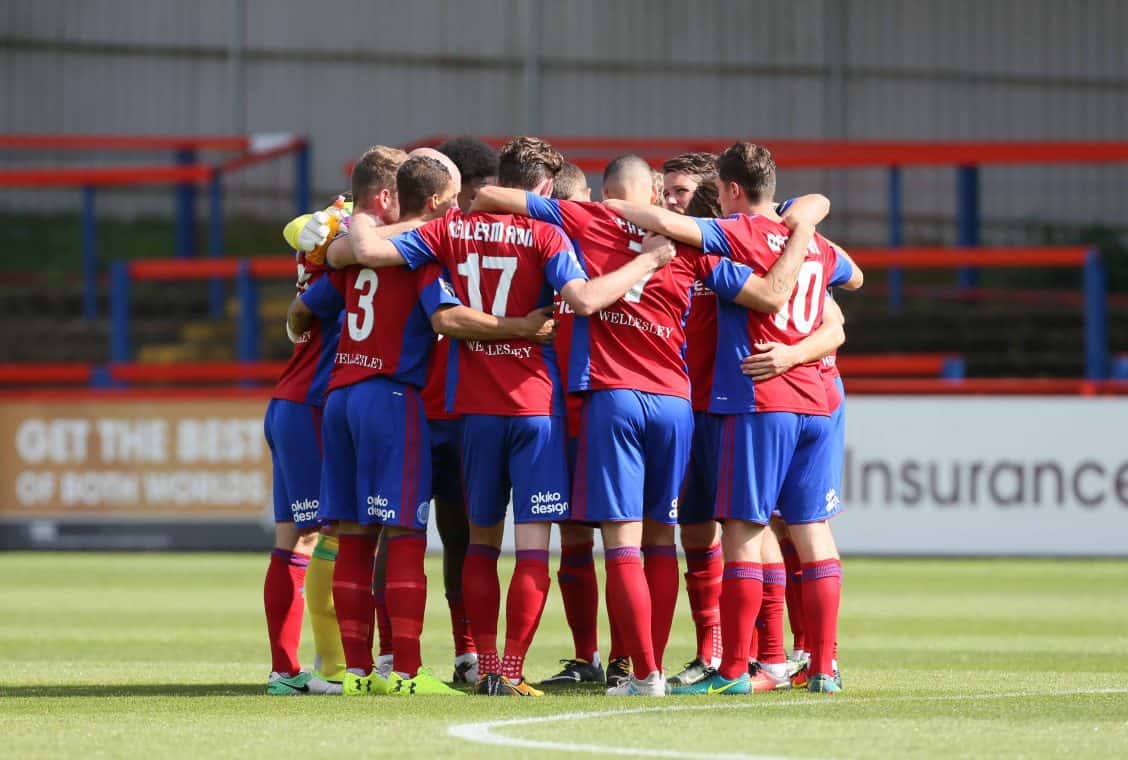 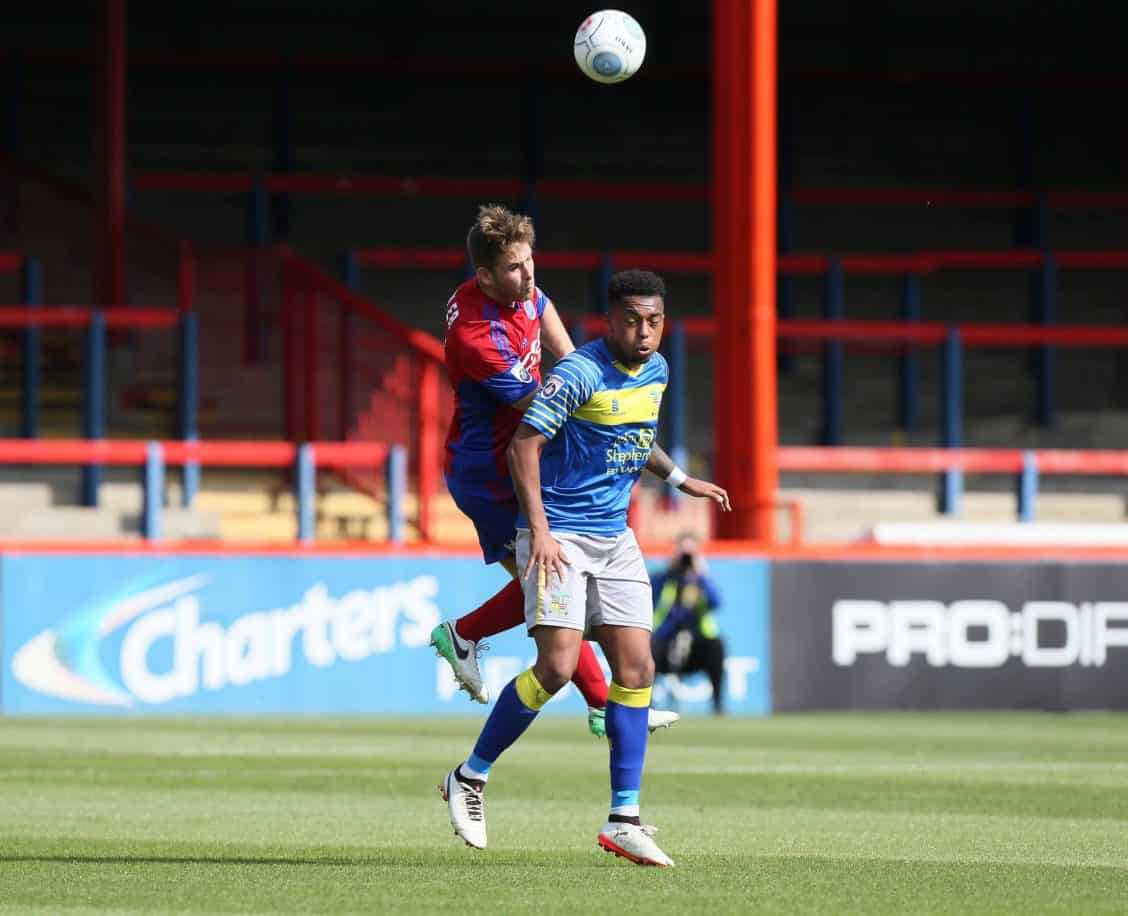 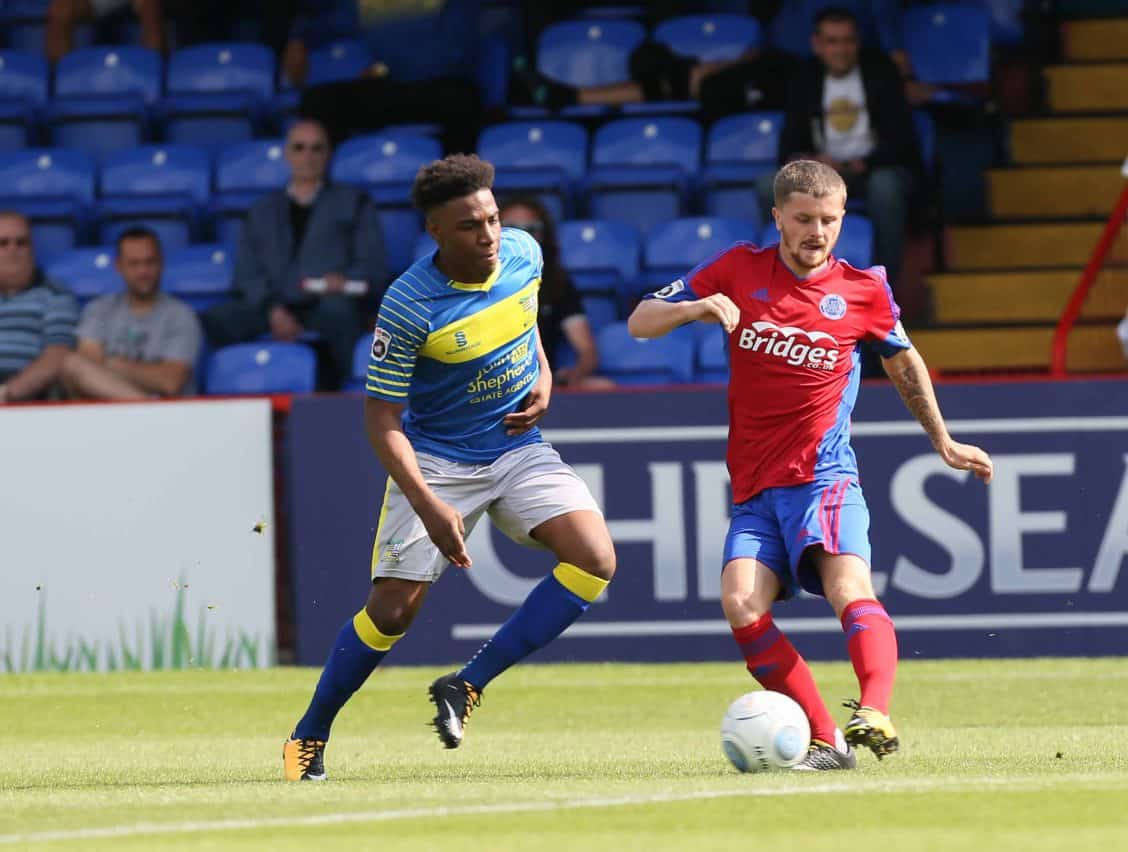 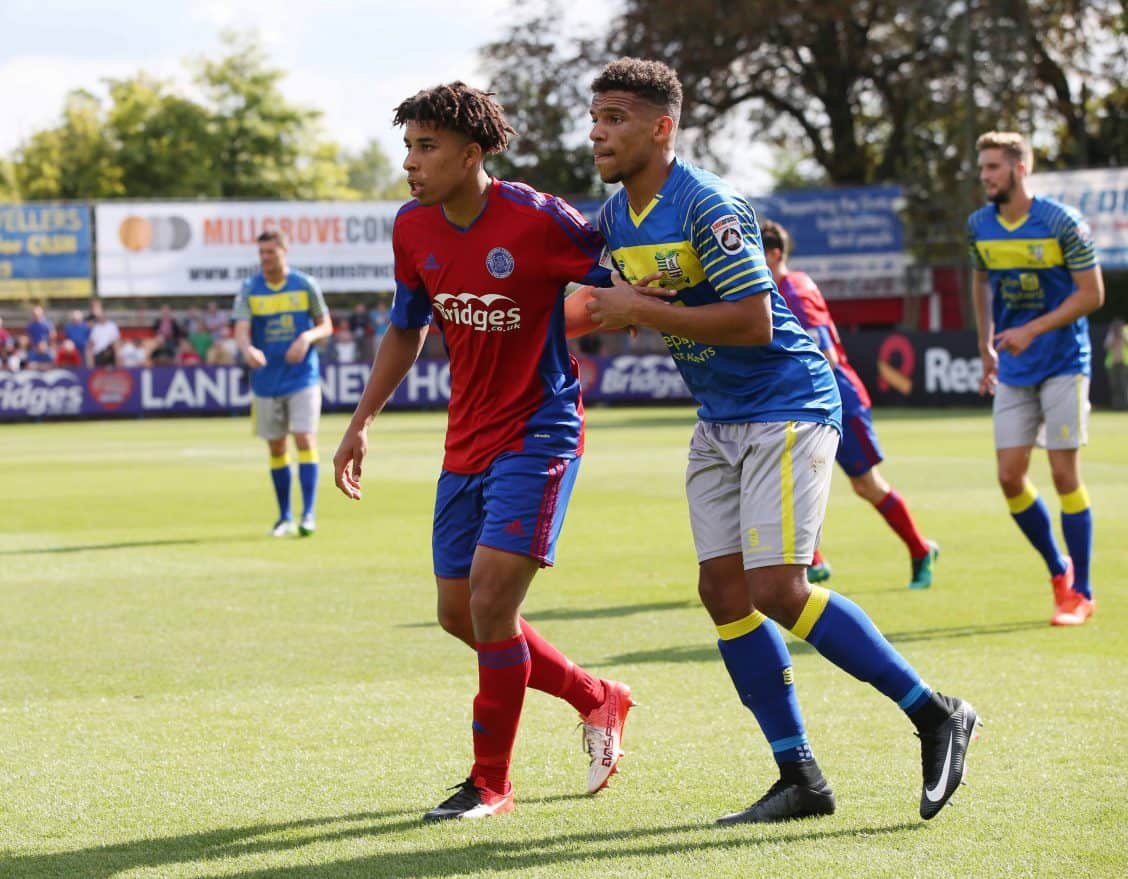 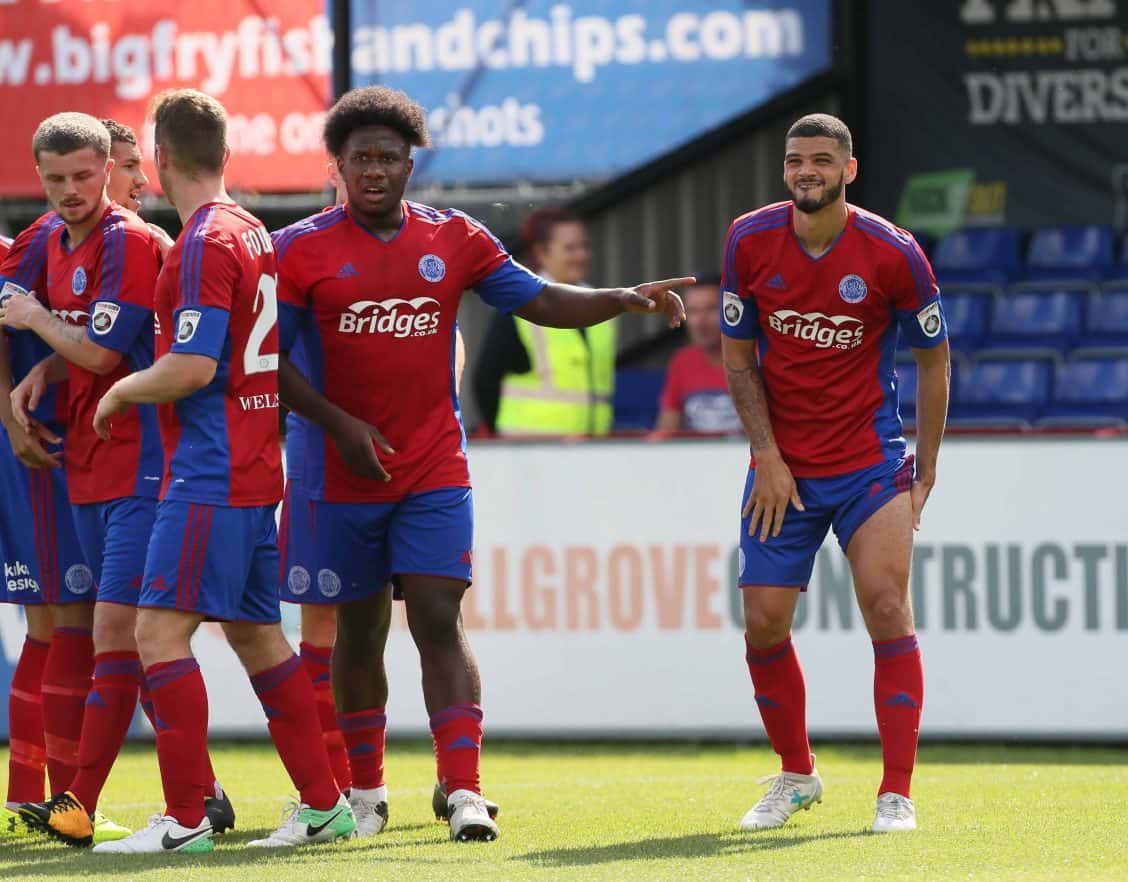 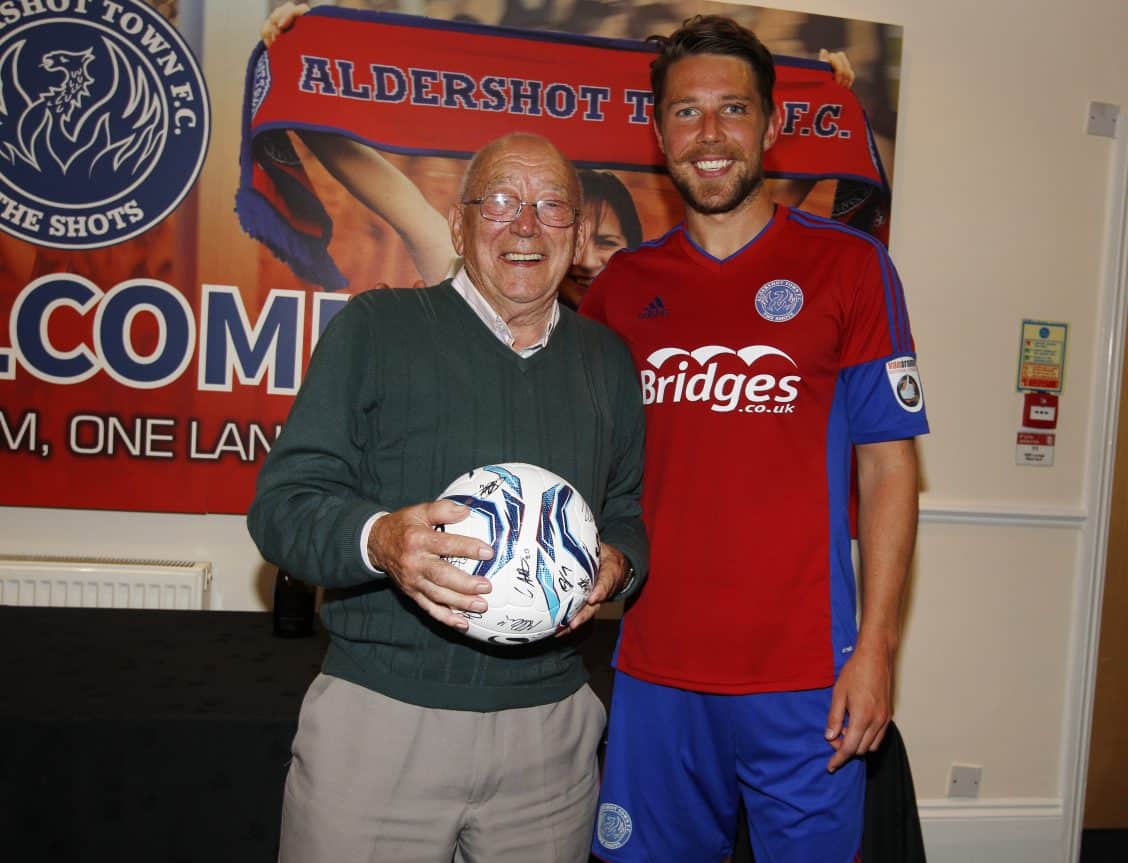 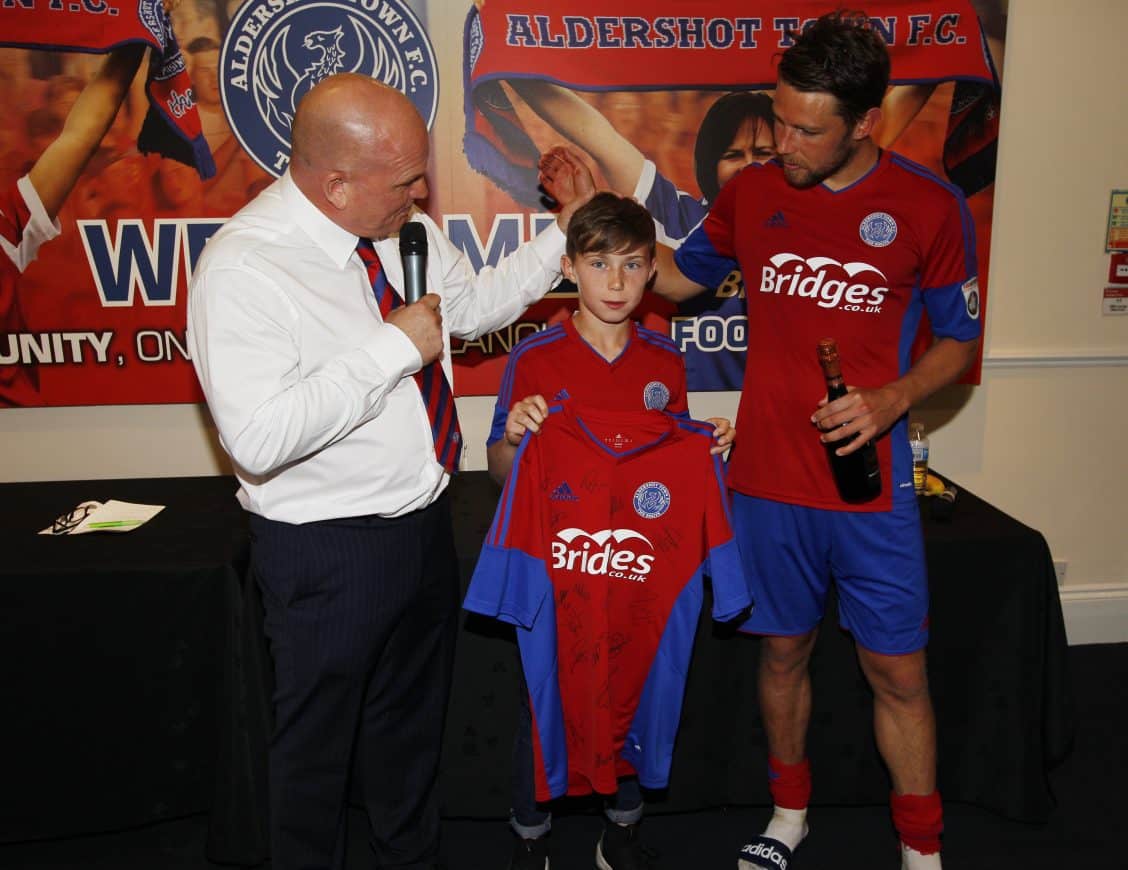 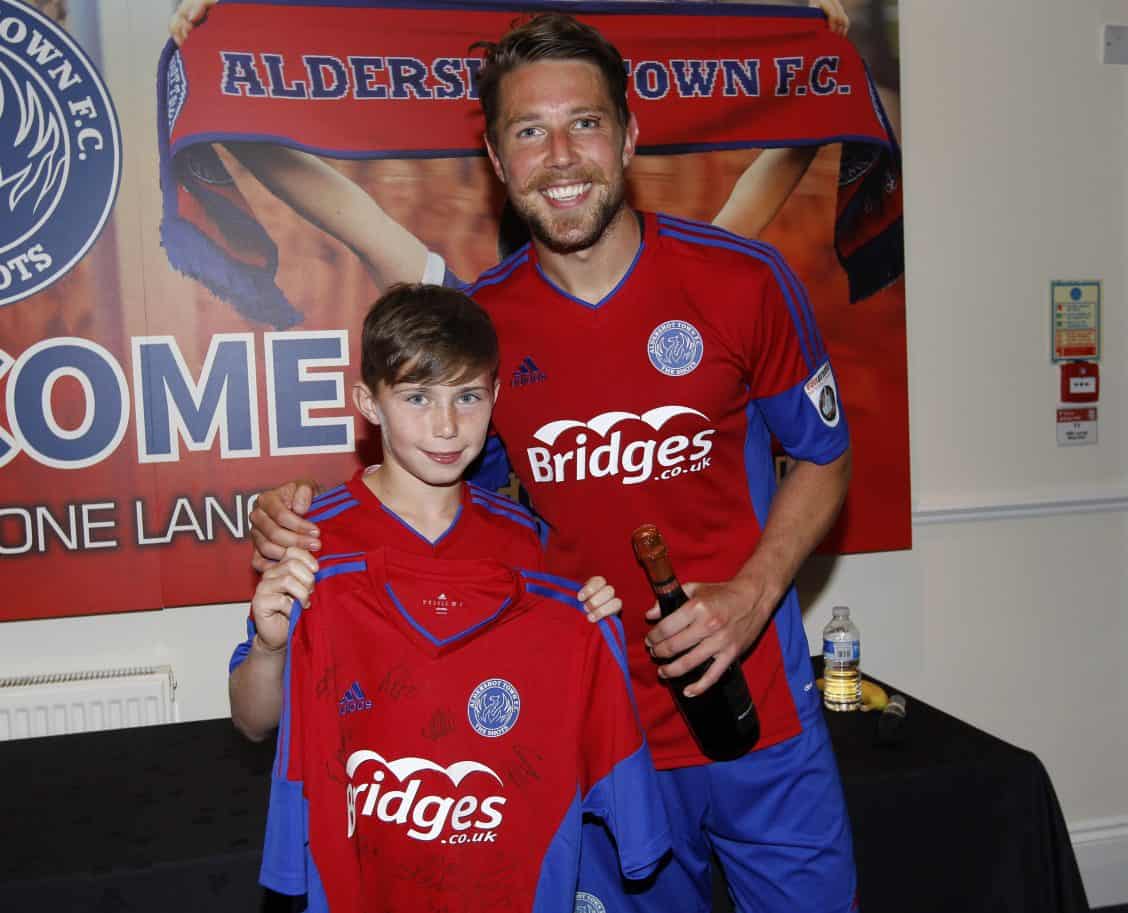 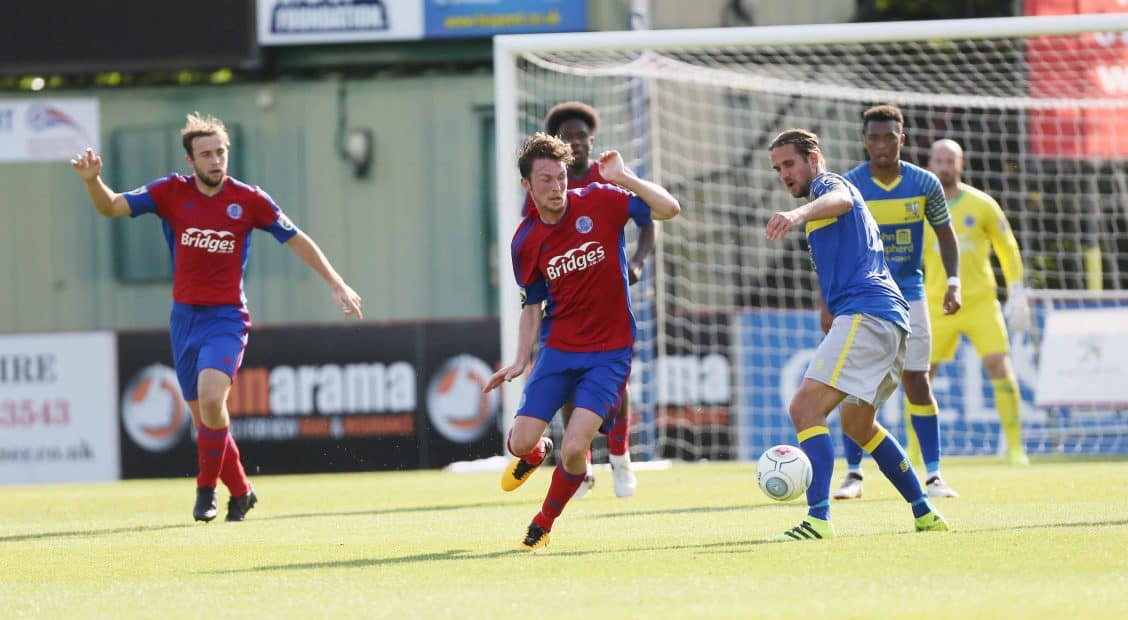 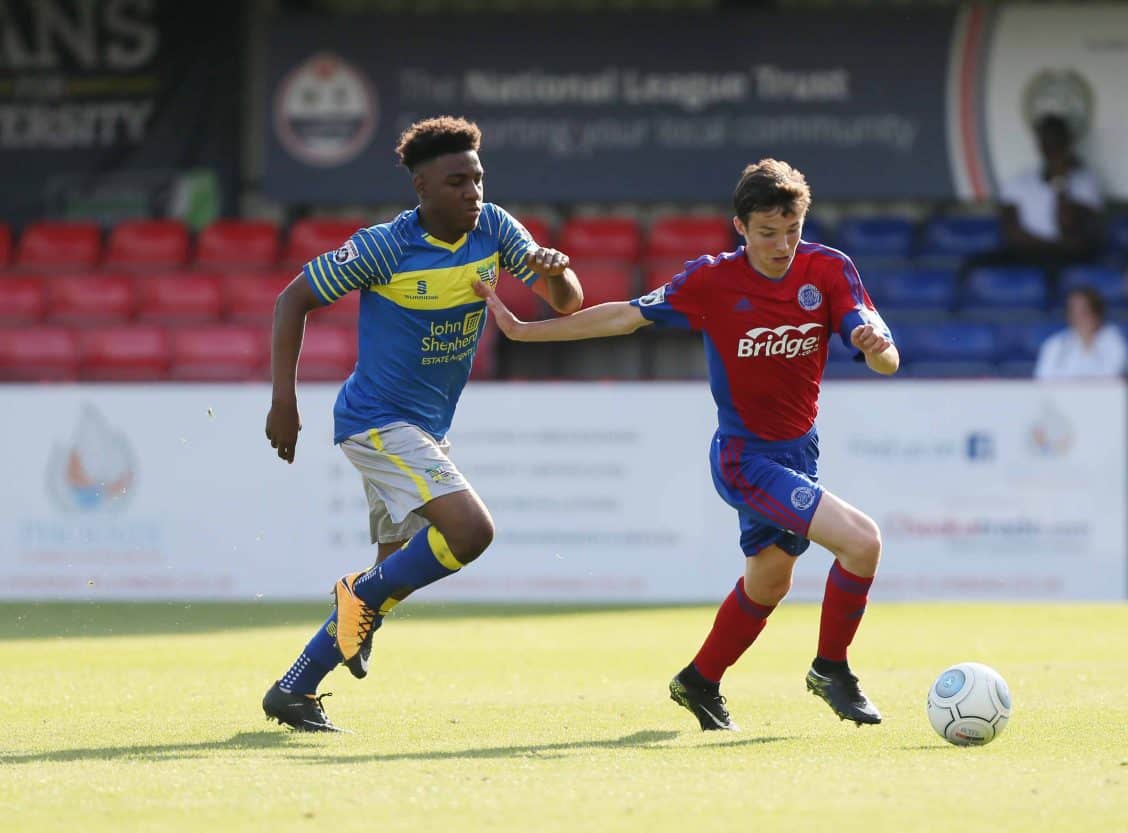 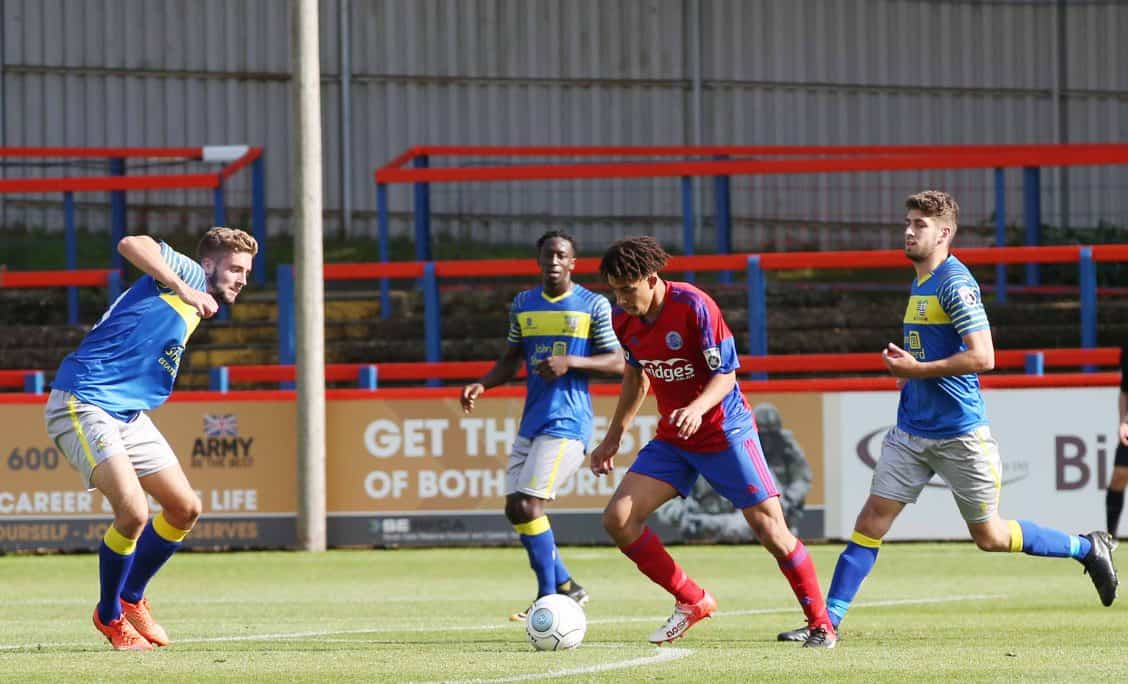 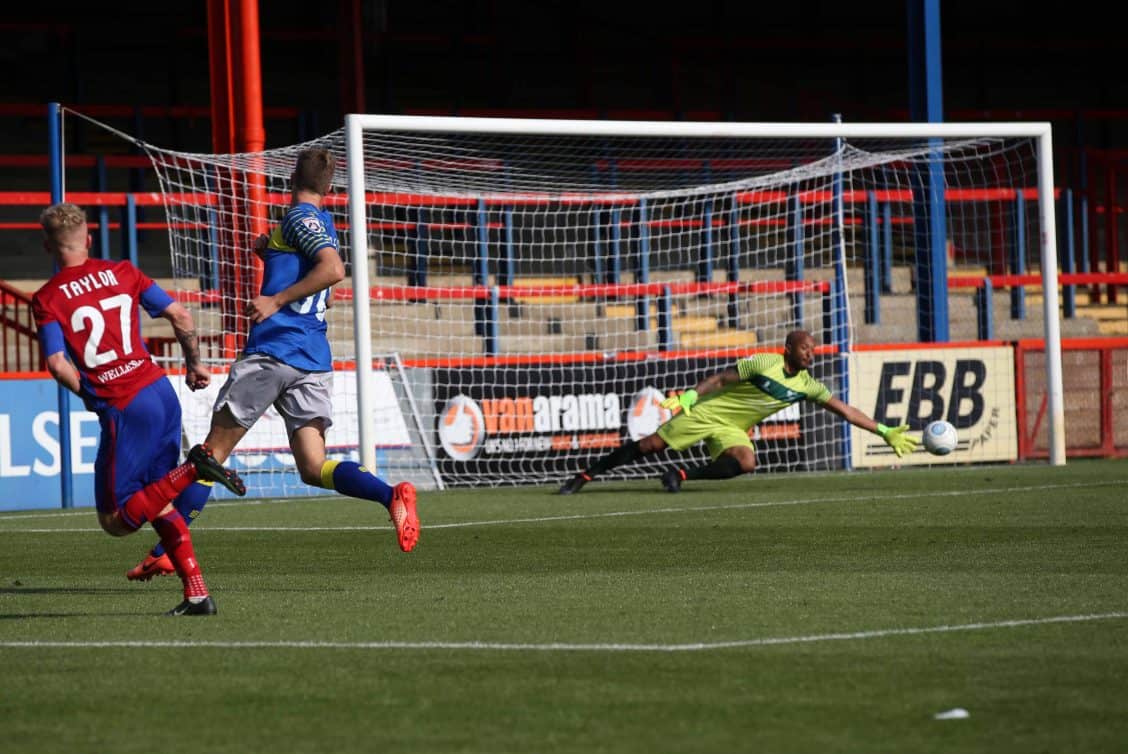 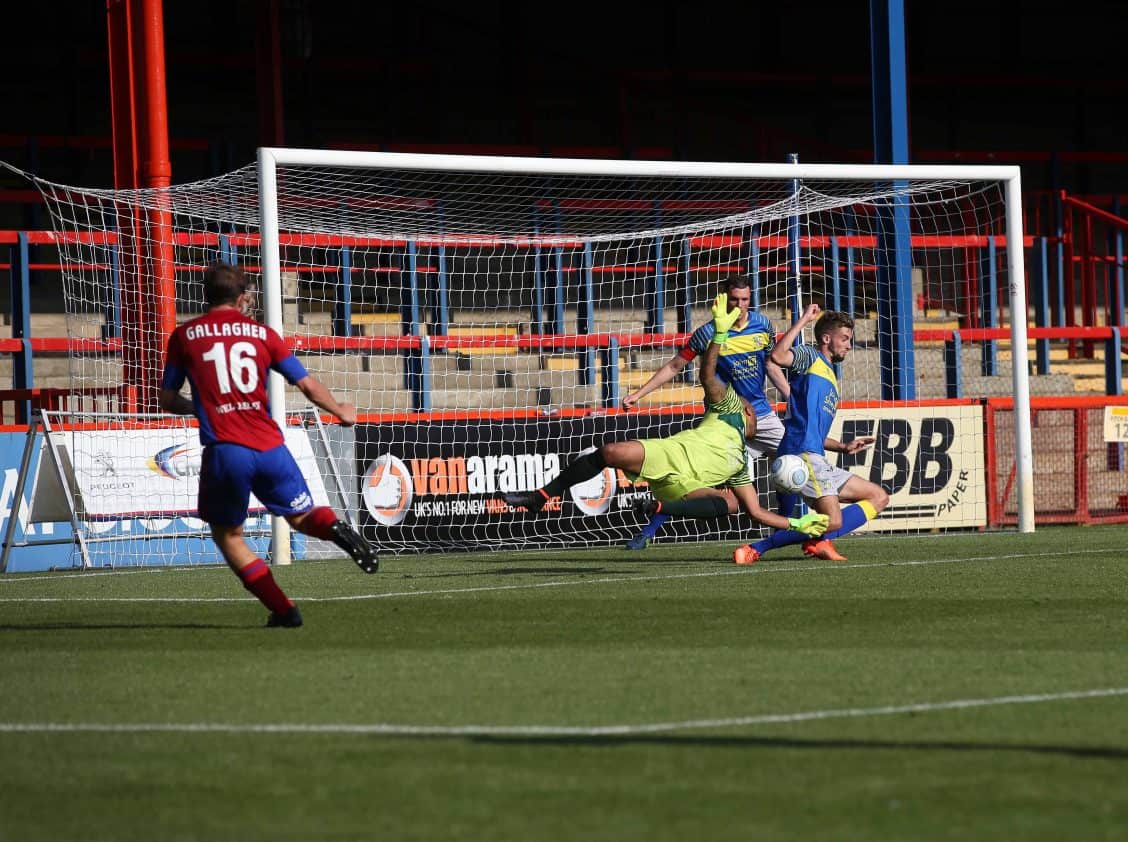 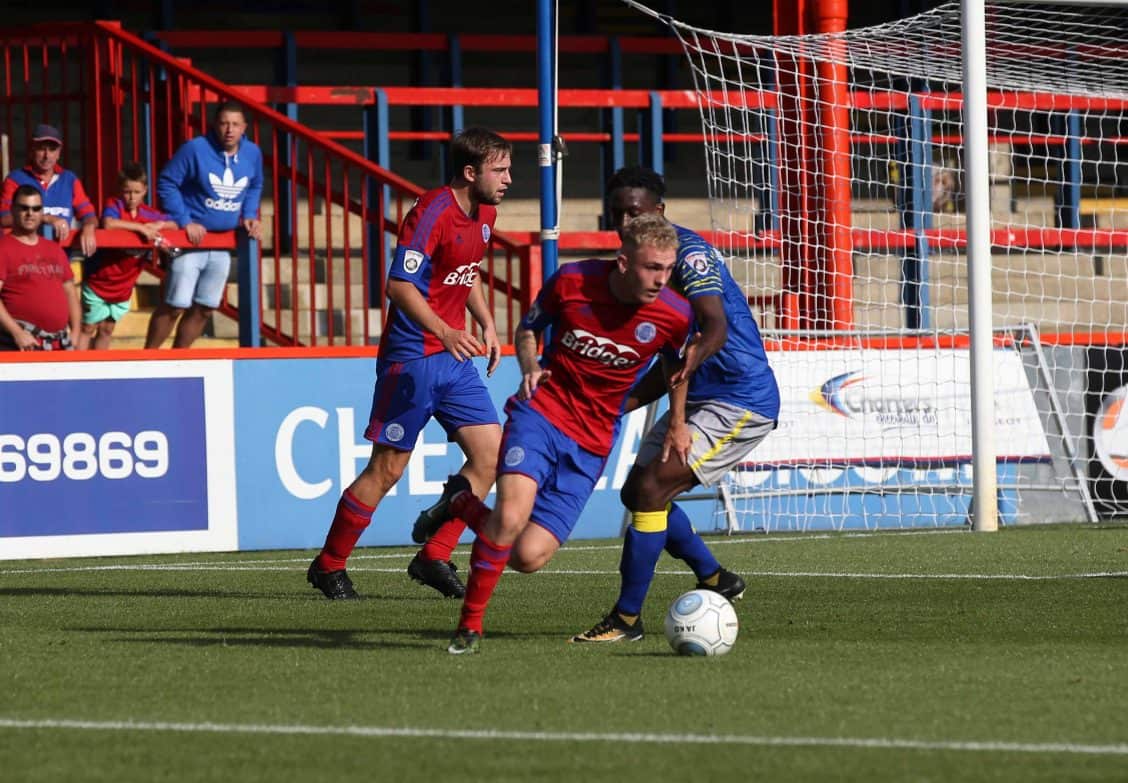 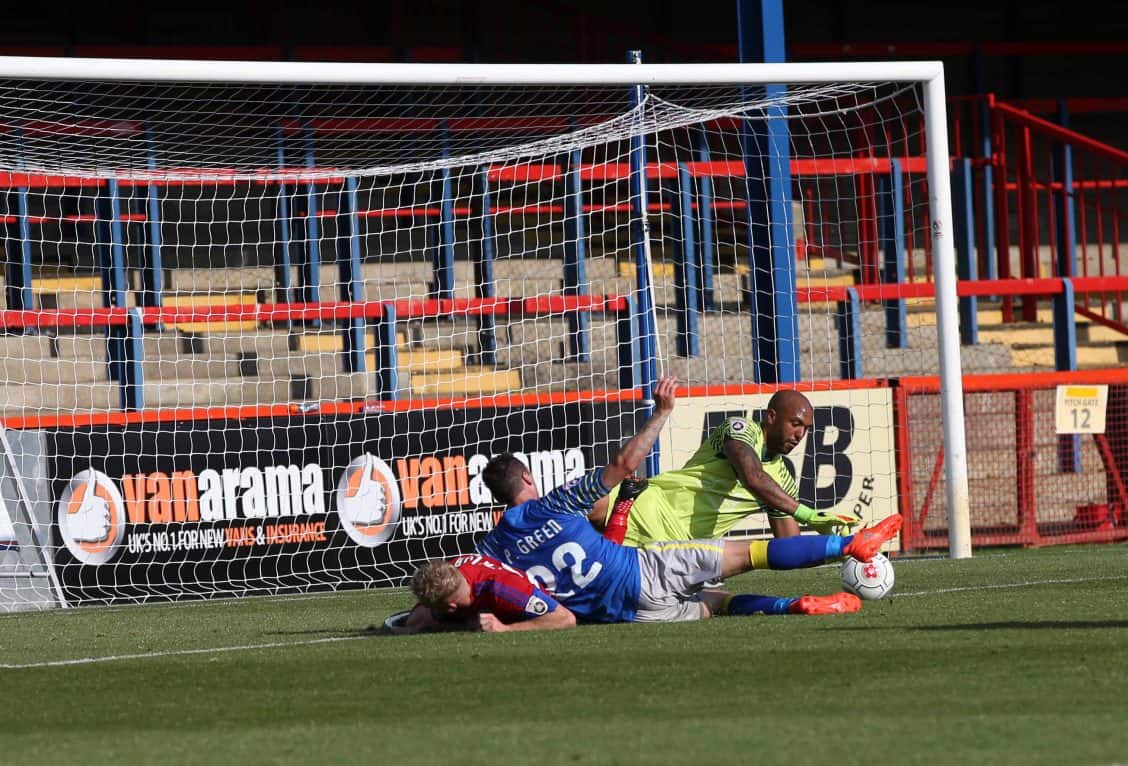