Aldershot Town reclaim fifth position in the league as they fight off competition from Dover Athletic with a crucial 1-0 win over the Kent side.

A nerveless penalty from Matt McClure, courtesy of centre-back Connor Essam’s trip on Jake Gallagher, put The Shots’ in a 1-0 advantage in the 71st minute, earning a fourth goal for the striker in six games.

It was an intense first-half as neither Aldershot Town nor Dover Athletic were able to clinch that much-needed first goal to put them ahead.

A change in line-up saw Shamir Fenelon, Scott Rendell and Cheye Alexander return to the starting 11, replacing Idris Kanu, Matt McClure and Anthony Straker, who all started on Good Friday against Tranmere Rovers.

Five minutes into the first half saw The Shots’ first attempt on goal when defender Will Evans was brought down by Ricky Miller, leaving Bernard Mensah to take the free-kick; however, the delivery clipped the top of Dover defence and drifted over the crossbar.

The 11th minute saw 36-goal Miller make a run down the left-hand side and, with nearly an open goal, turned to attempt a shot which Evans skilfully blocked.

A brilliant headed pass to the left-hand side from Rendell resulted in a fast break from Arnold but it was left to a disappointing end after being cleared by the Dover defence.

The second-half brought out a refreshed Aldershot side, emphasised in the 48th minute when substitute Kanu was brought down on the edge of the penalty box by Richard Orlu. Benyu was left to whip in the free-kick but the ball was again deflected behind.

A yellow card was given after a Benyu and Kanu exchange invited Idris to break forward. Brought down under a challenge, no penalty was given.

After McClure had broke the deadlock, The Shots’ determination never wavered, even when Kanu received a second yellow after a strong challenge with Dover’s Chris Kinnear and was subsequently sent off.

The remaining five minutes of extra-time witnessed two final attempts for Dover, as former Shots’ player Ross Lafayette’s header was claimed by Cole and, as Miller threatened to wriggle in on goal, his shot was parried only for Chris Kinnear Jr to fire the rebound wide of a virtual open goal.

The electric atmosphere was highlighted when the final whistle blew and the reluctance of fans in the East Bank to leave was evident. An elated Gallagher gave his usual salute of a celebration as the race for the final play-off place continues to progress to a nail biting climax. 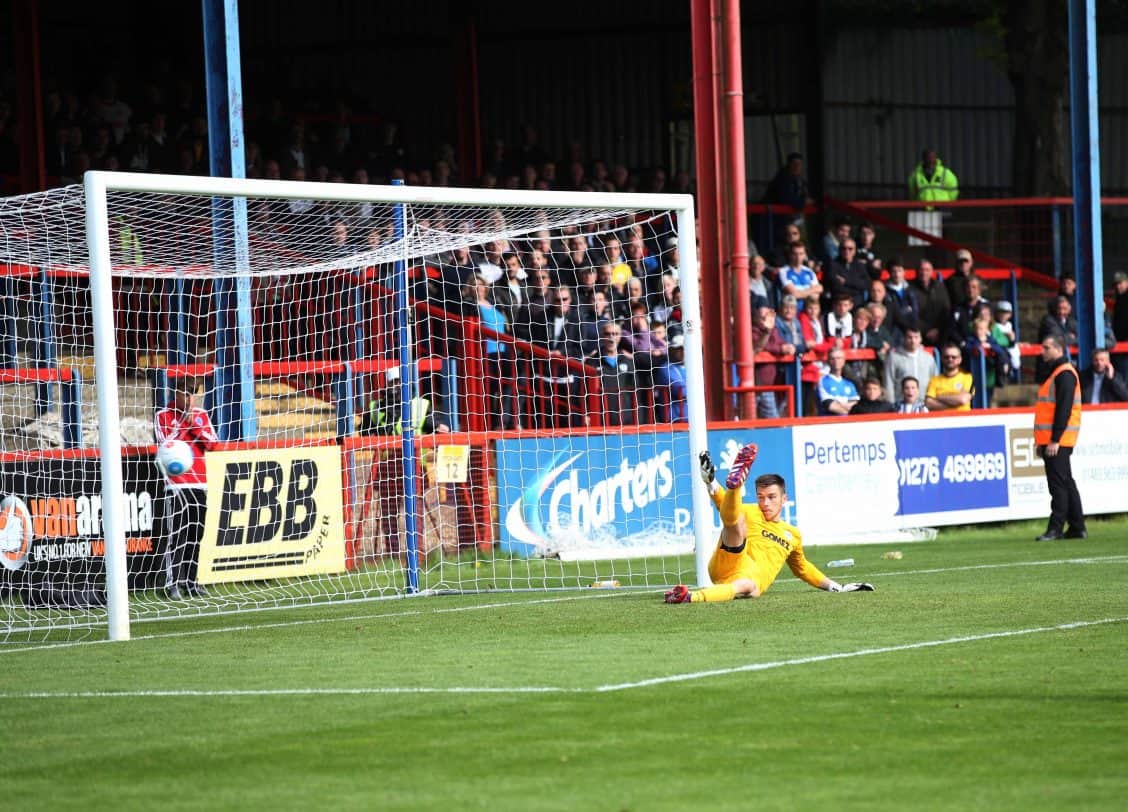 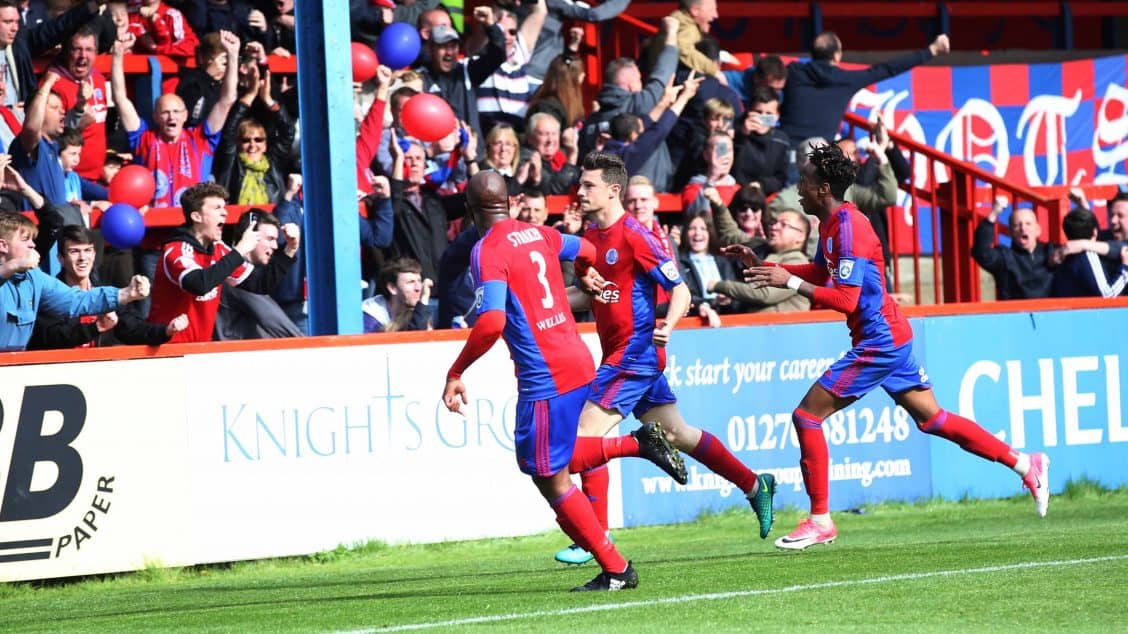 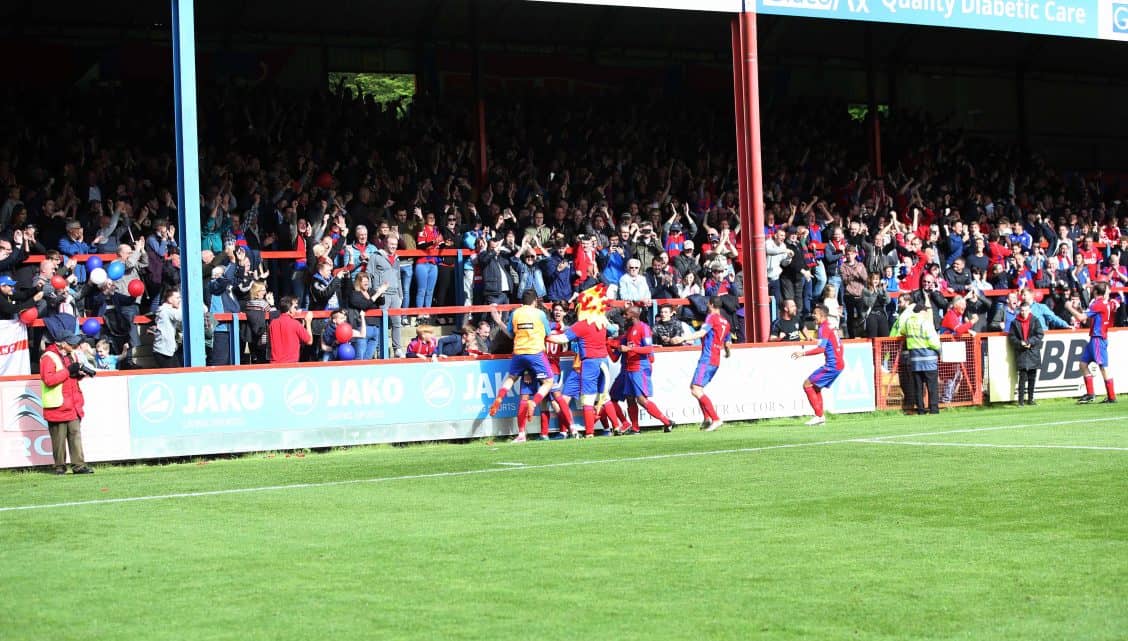 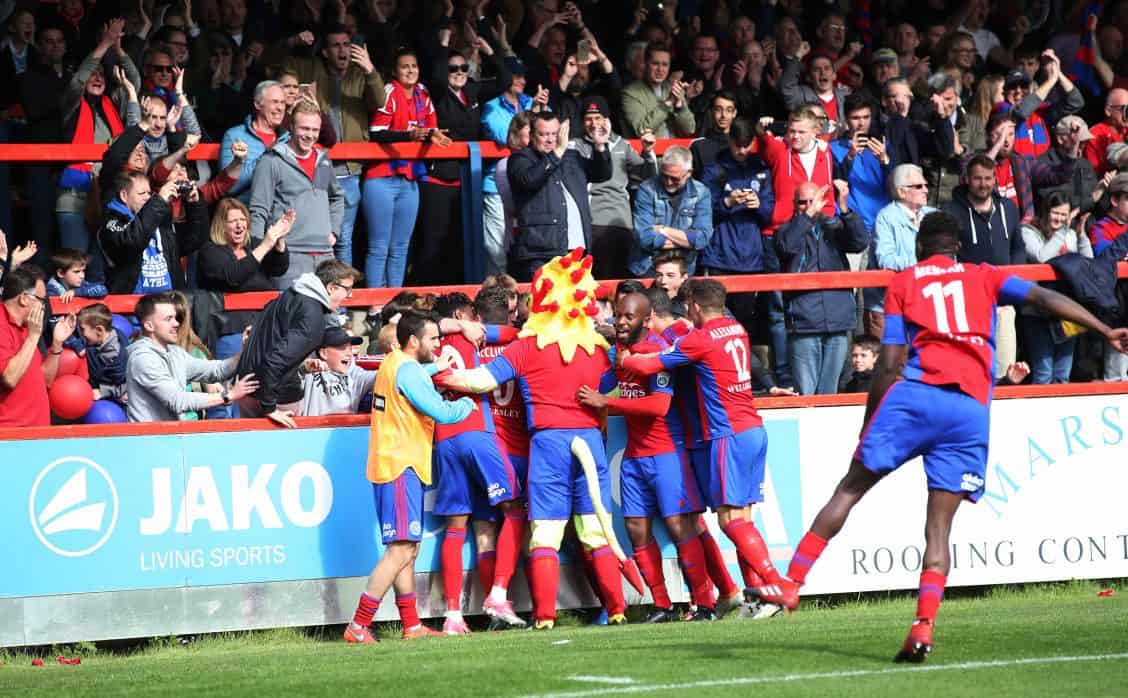 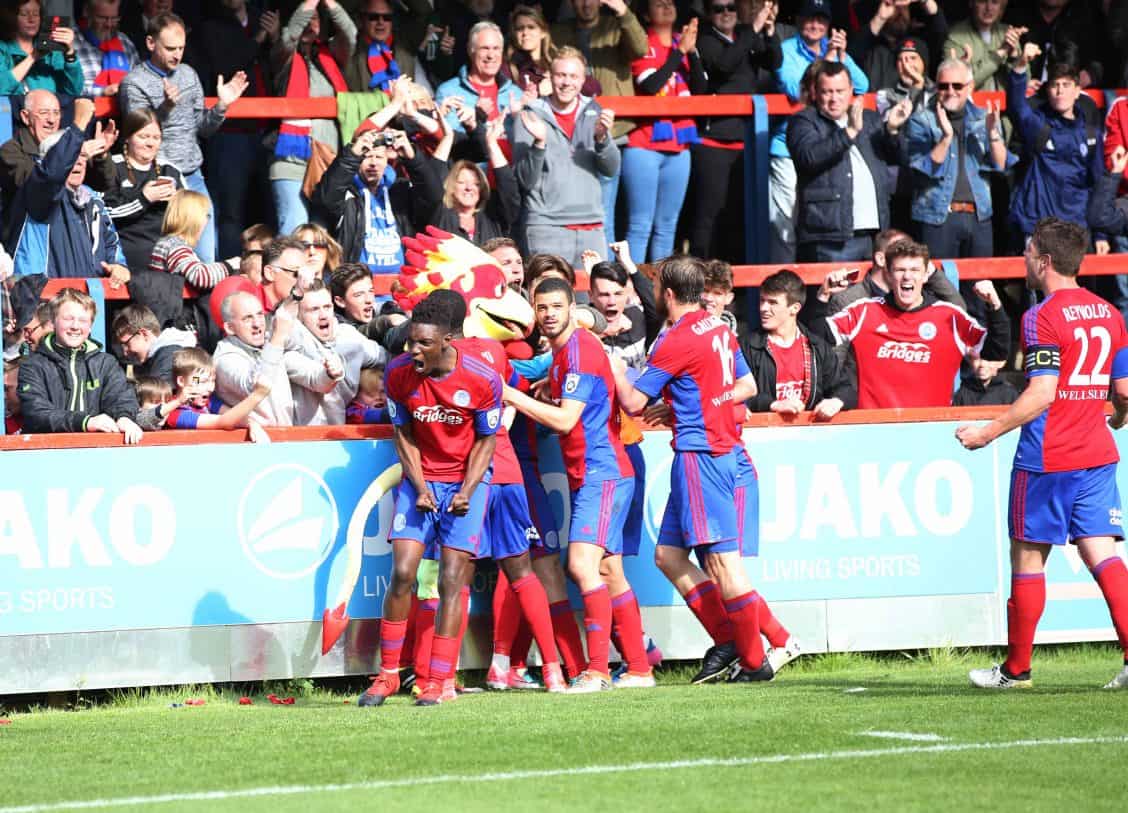 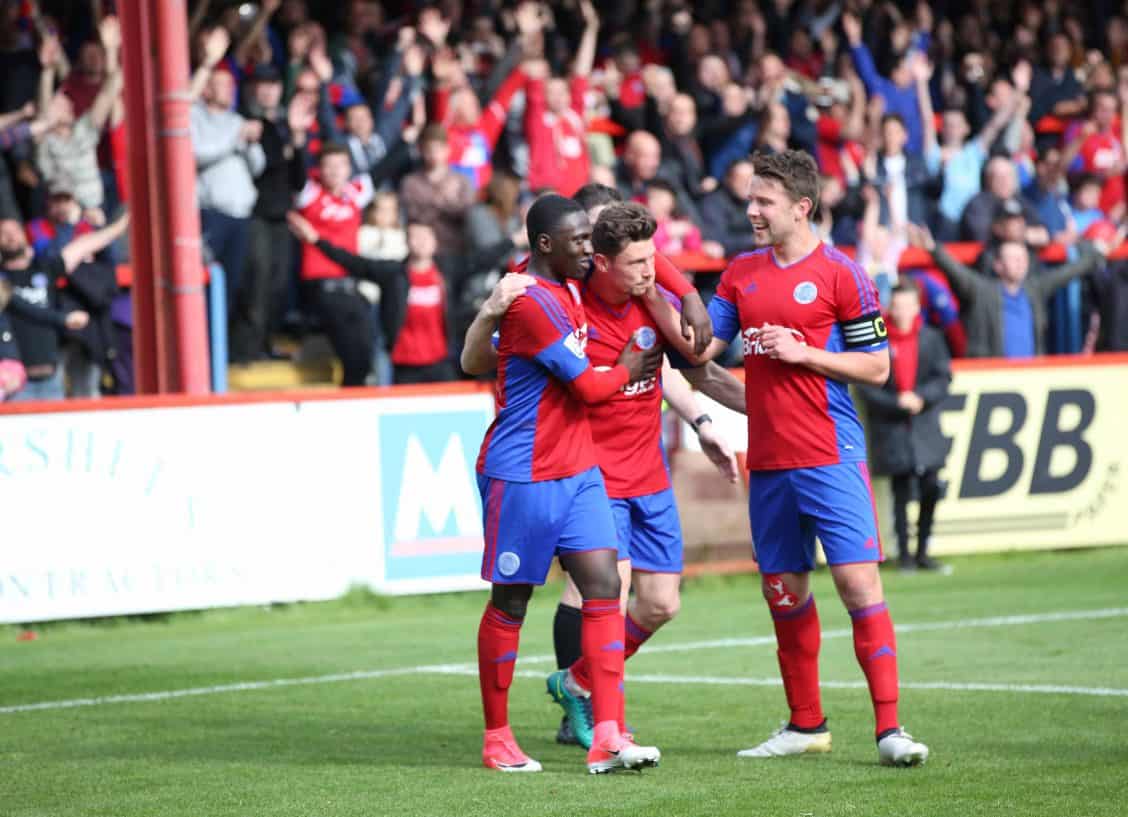 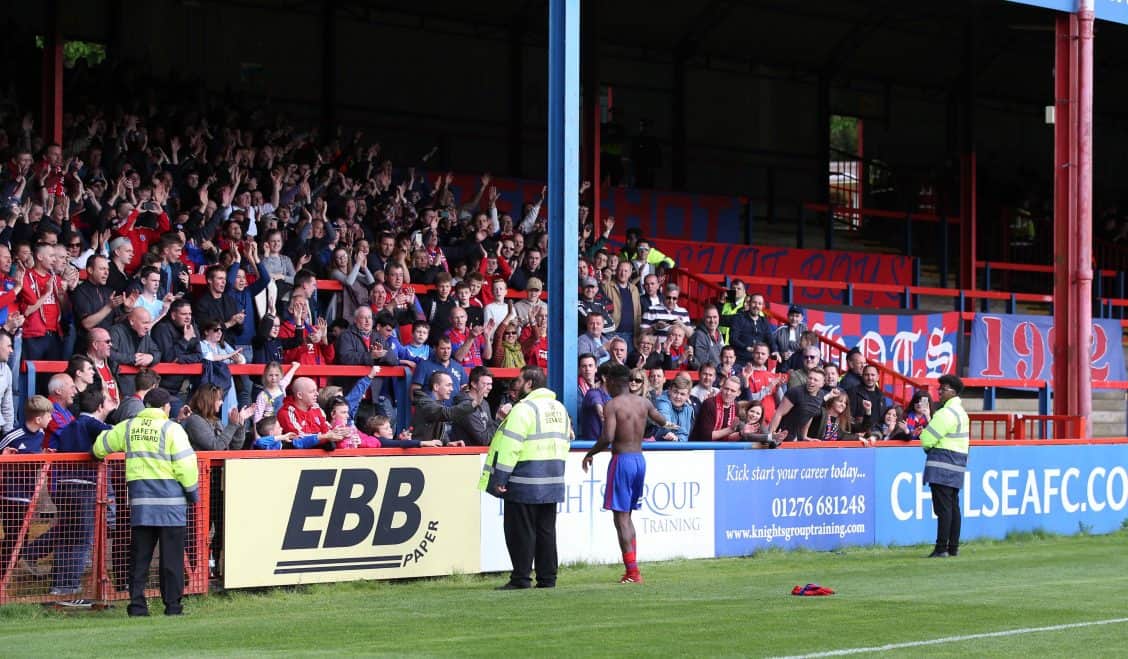 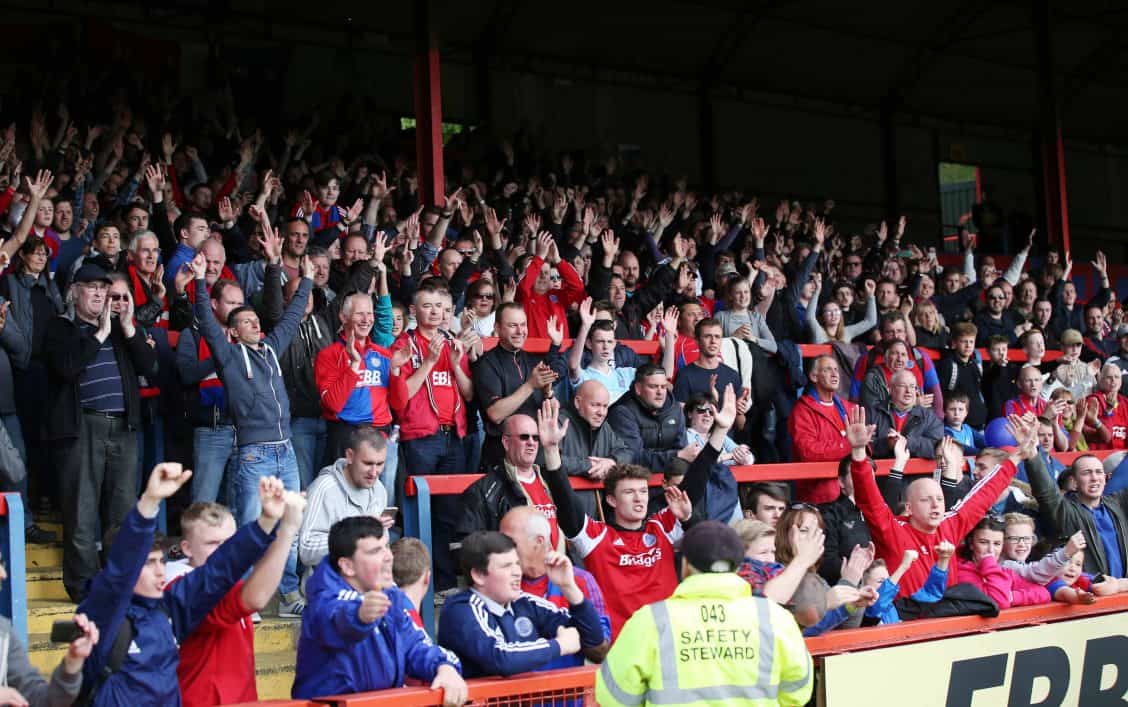 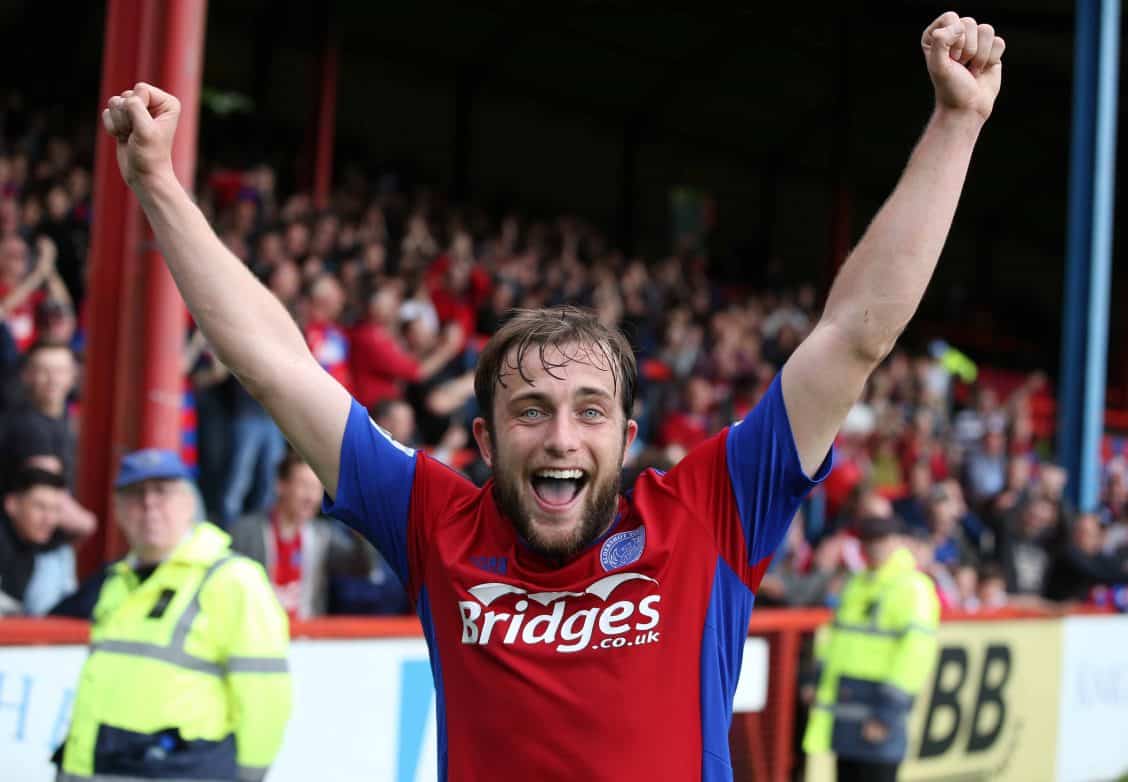 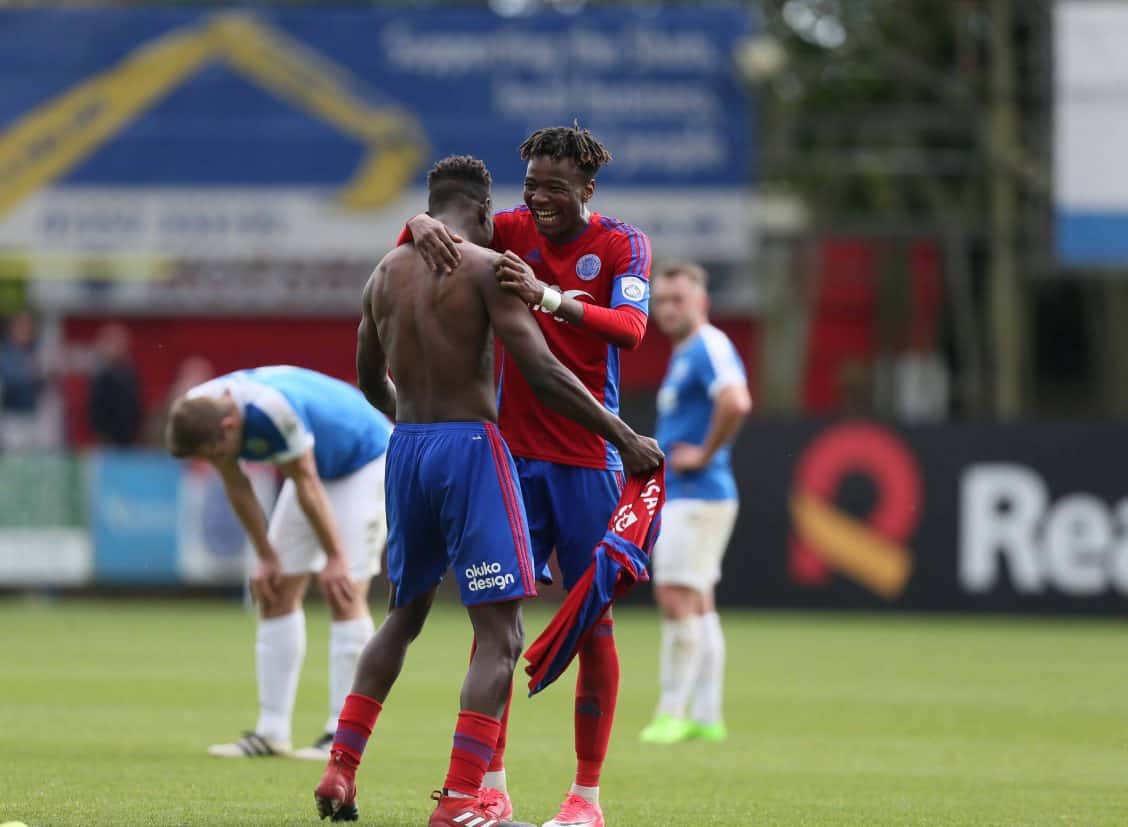 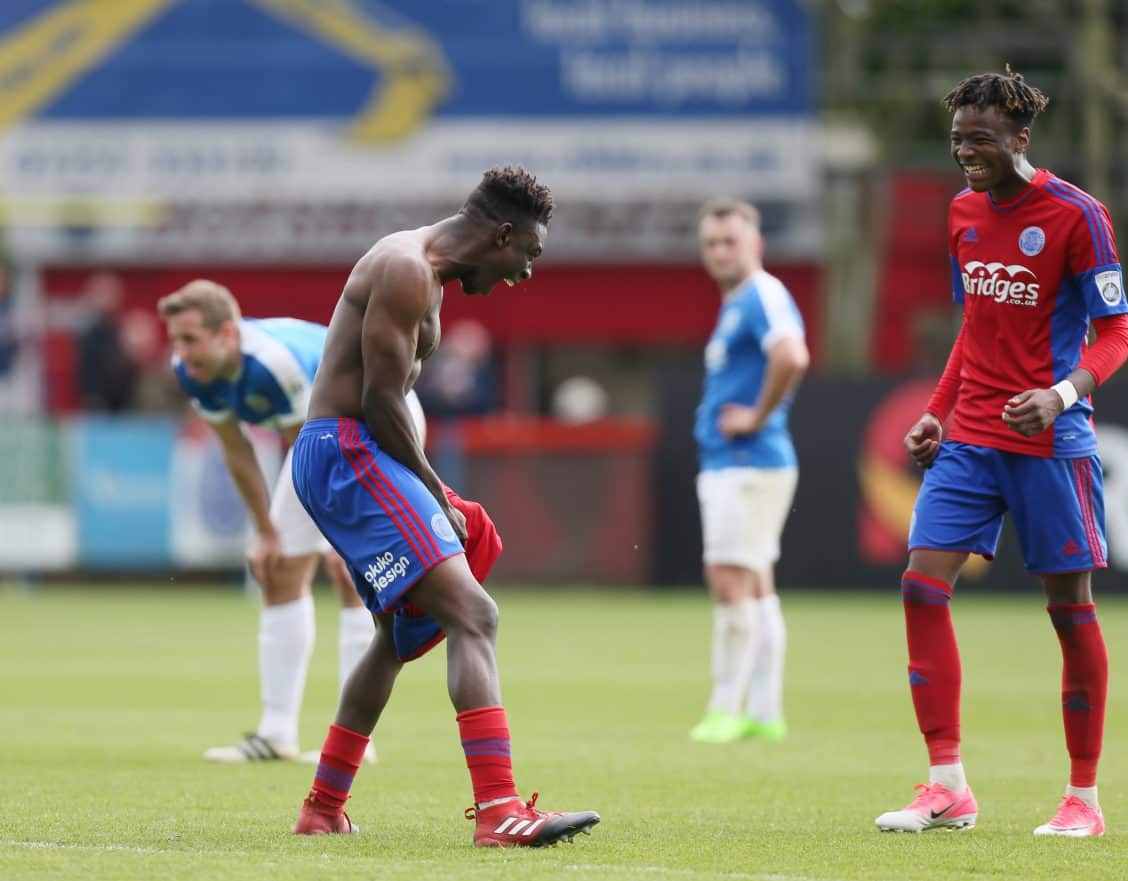 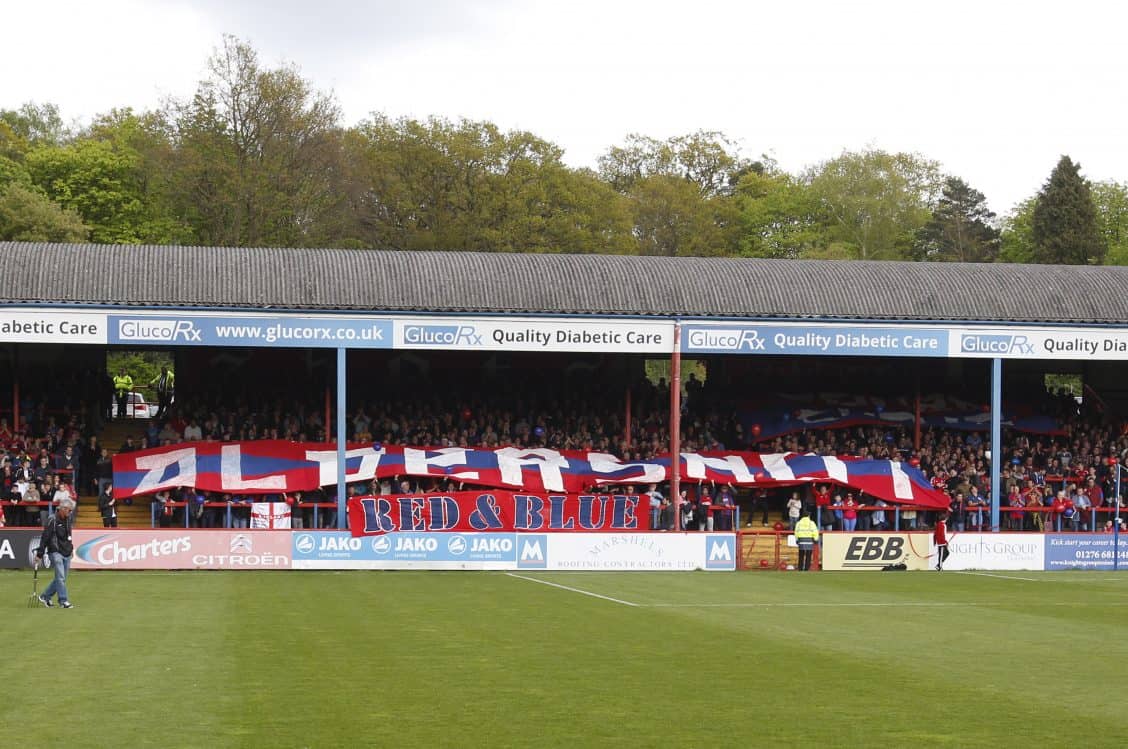 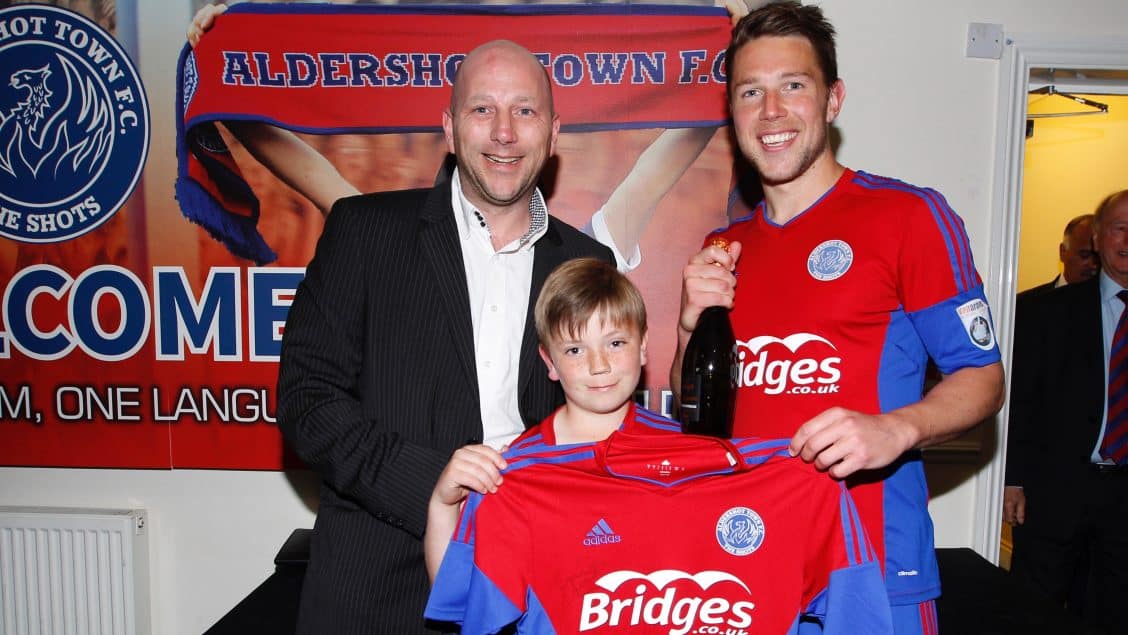