Eastleigh took a first half lead through Danny Hollands but the Shots responded in the second half through Bernard Mensah on his first home game since joining on loan from Bristol Rovers.

But a quickfire double from the in-form McCallum resigned the Shots to another defeat and they remain in the relegation zone.

Gary Waddock had a rarity of being able to leave players out of the squad this matchday as players make their way back from injury.

A debut was handed to Rollin Menayese who came in for Josh Lelan, making it just one change from the side that drew 1-1 with Dagenham & Redbridge two weeks ago. Scott Rendell and Jake Cole made the bench.

Aldershot dominated the first half for large spells and almost went ahead when Gerry McDonagh was played in by John Goddard, however Alex Wynter recovered just in time to put a crucial block on the strikers effort.

McDonagh then spurned a glorious opportunity to put the hosts ahead when a ball ricocheted into his path when clear on goal, but with just Luke Southwood to beat he poked it wide.

Goddard and McDonagh then linked up again down the left with the striker crossing for Adam McDonnell, he flicked it to the unmarked Mensah at the far post but with the ball just out of reach he couldn’t connect properly and it went over.

Then against the run of play the visitors took the lead. Alex Finney was dispossessed in his own area by McCallum who squared it to Hollands who slotted it into the far bottom corner on 42 minutes.

There was a comic moment just before half time. Mark Yeates was penalised for holding onto Mensah’s shirt, Mensah then removed his shirt and offered it to Yeates. Both players were cautioned.

The second half was a more even affair with both sides having chances. McCallum volleyed over Hollands’ cross and Adam McDonnell saw his well-struck free kick held by Southwood.

On 58 minutes the Shots equalised. Regan Booty played a defence-splitting pass into the path of the racing Mensah and he slotted past Southwood right in front of the East Bank to joyous celebrations on his homecoming.

Southwood parried a Goddard effort soon after but the visitors hit Shots with a sucker punch. Booty’s clearance ricocheted right into the path of McCallum who curled it round Will Mannion into the corner to restore the Spitfires lead.

Three minutes later it was 3-1. Yeates delivered a crossing free kick into the box to McCallum who had the freedom of Hampshire to bullet a header past Mannion into the top corner.

Shots went close late on through Goddard and Rendell but the damage was done by McCallum and the points went down the M3. 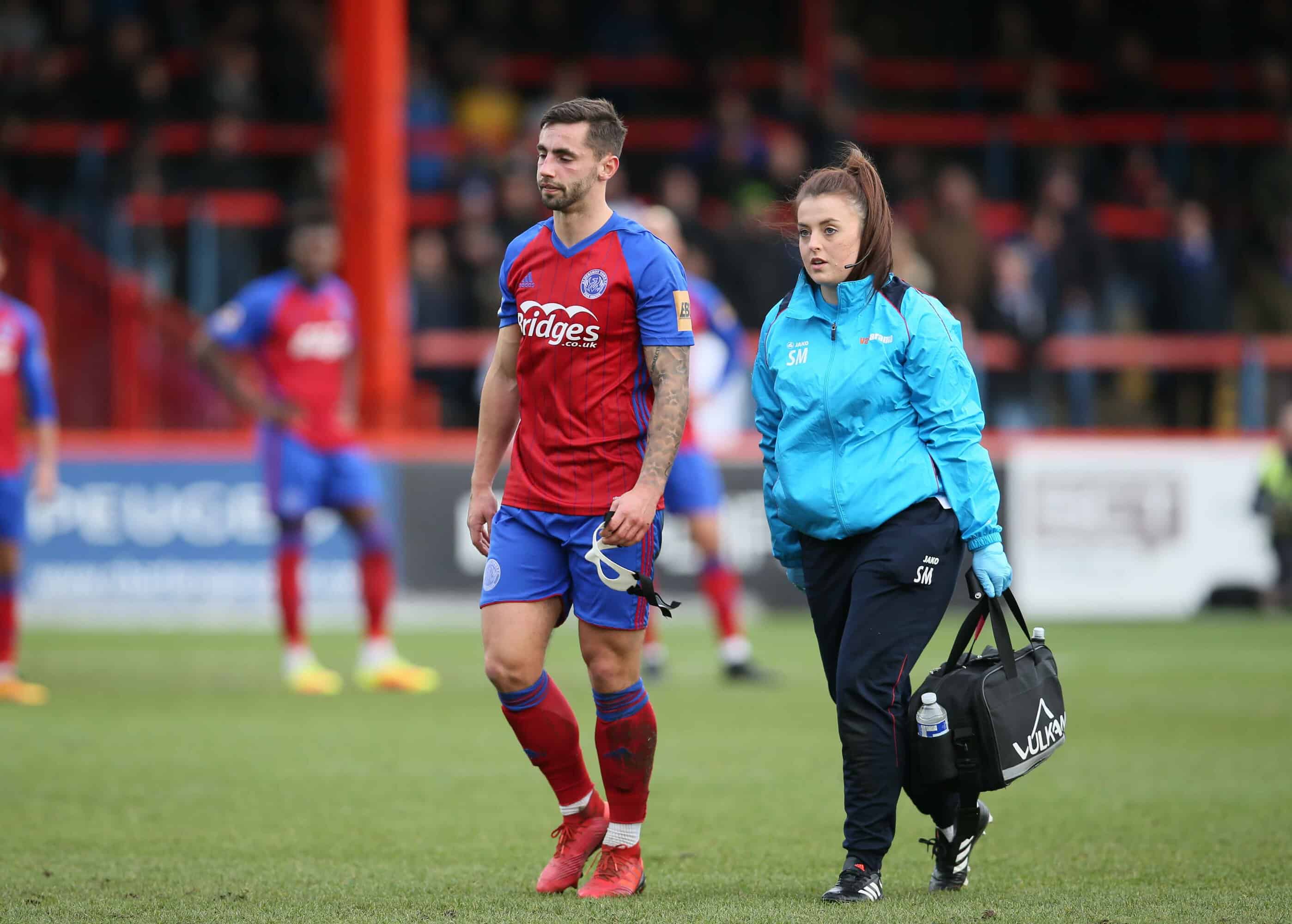 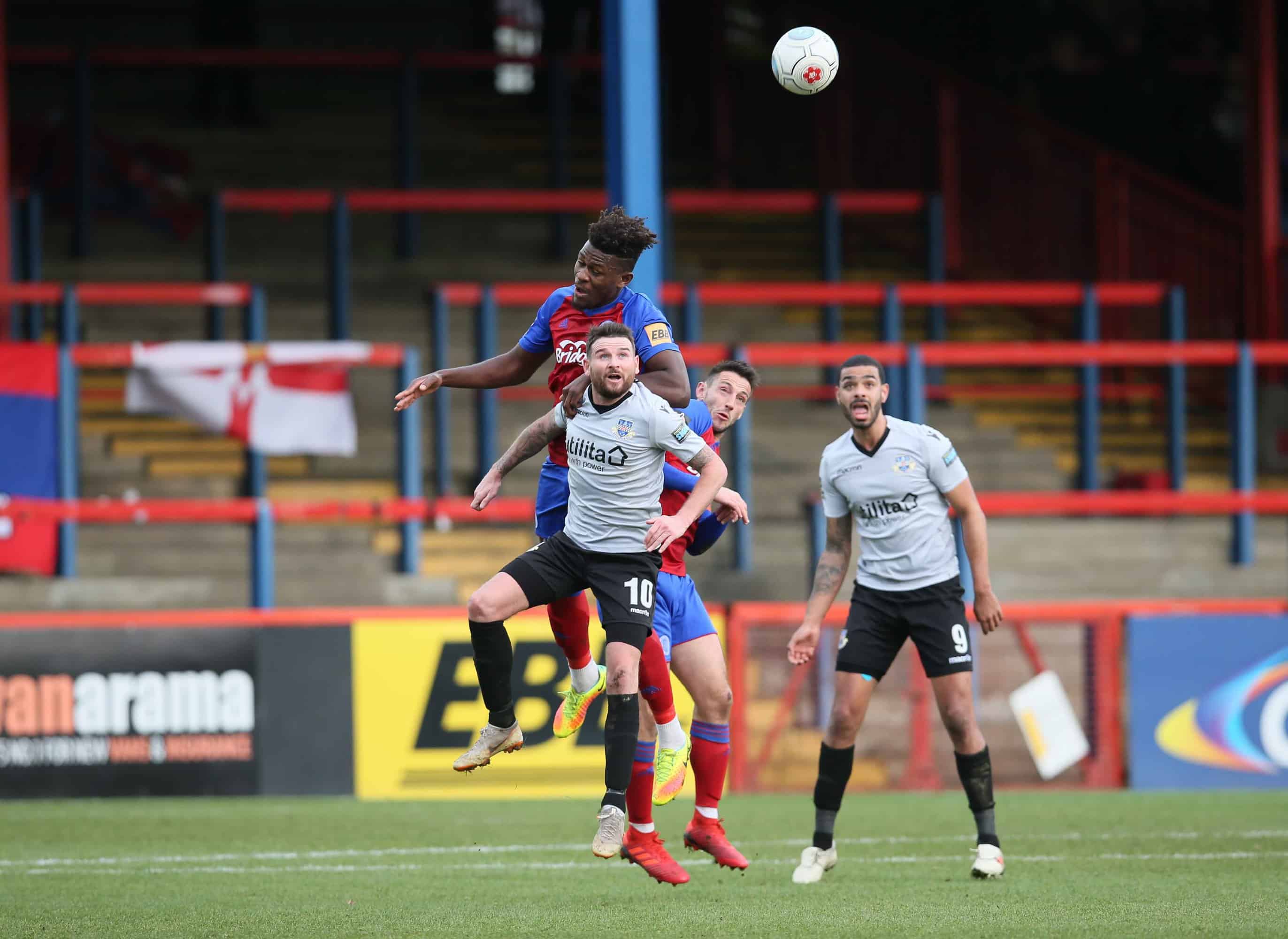 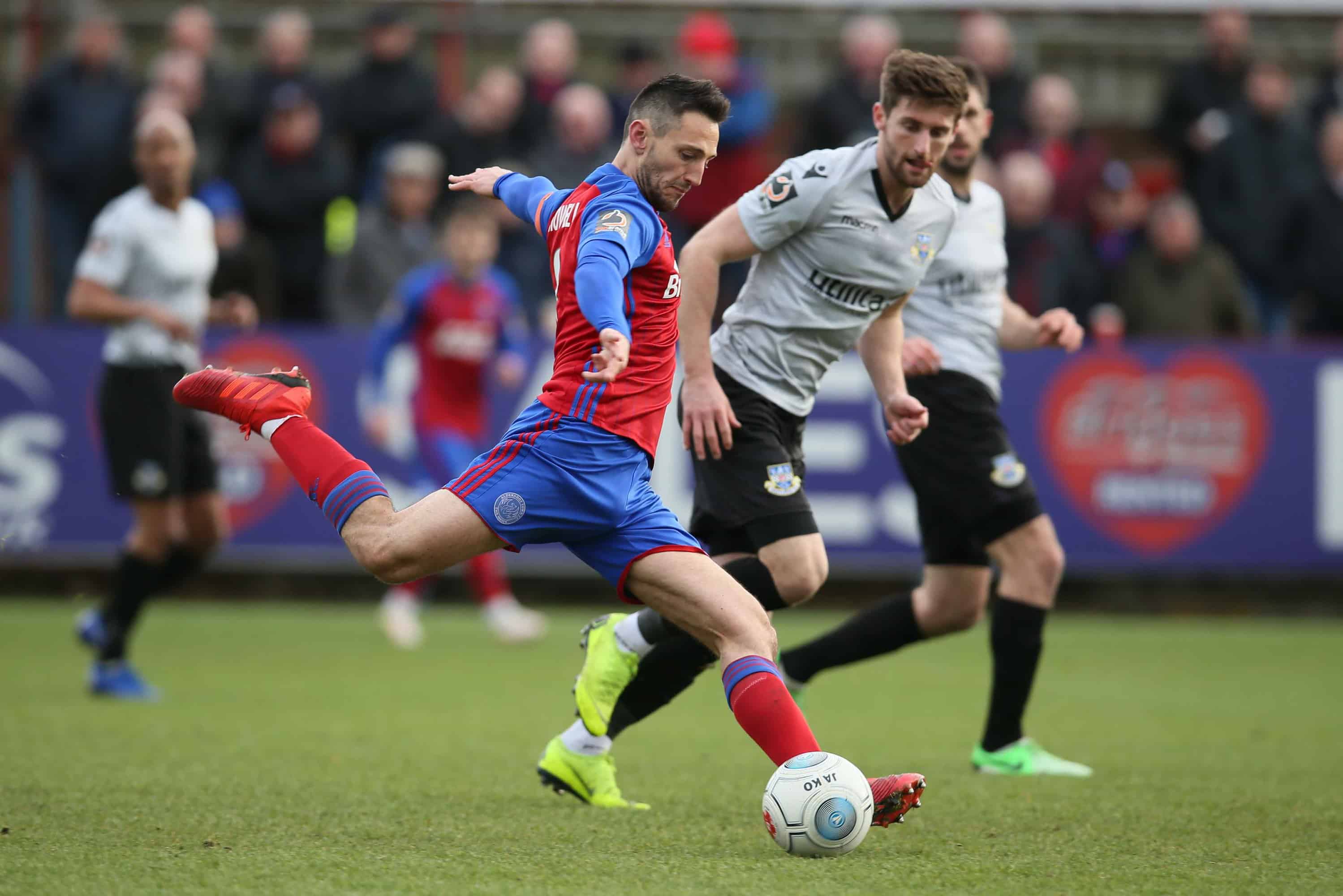 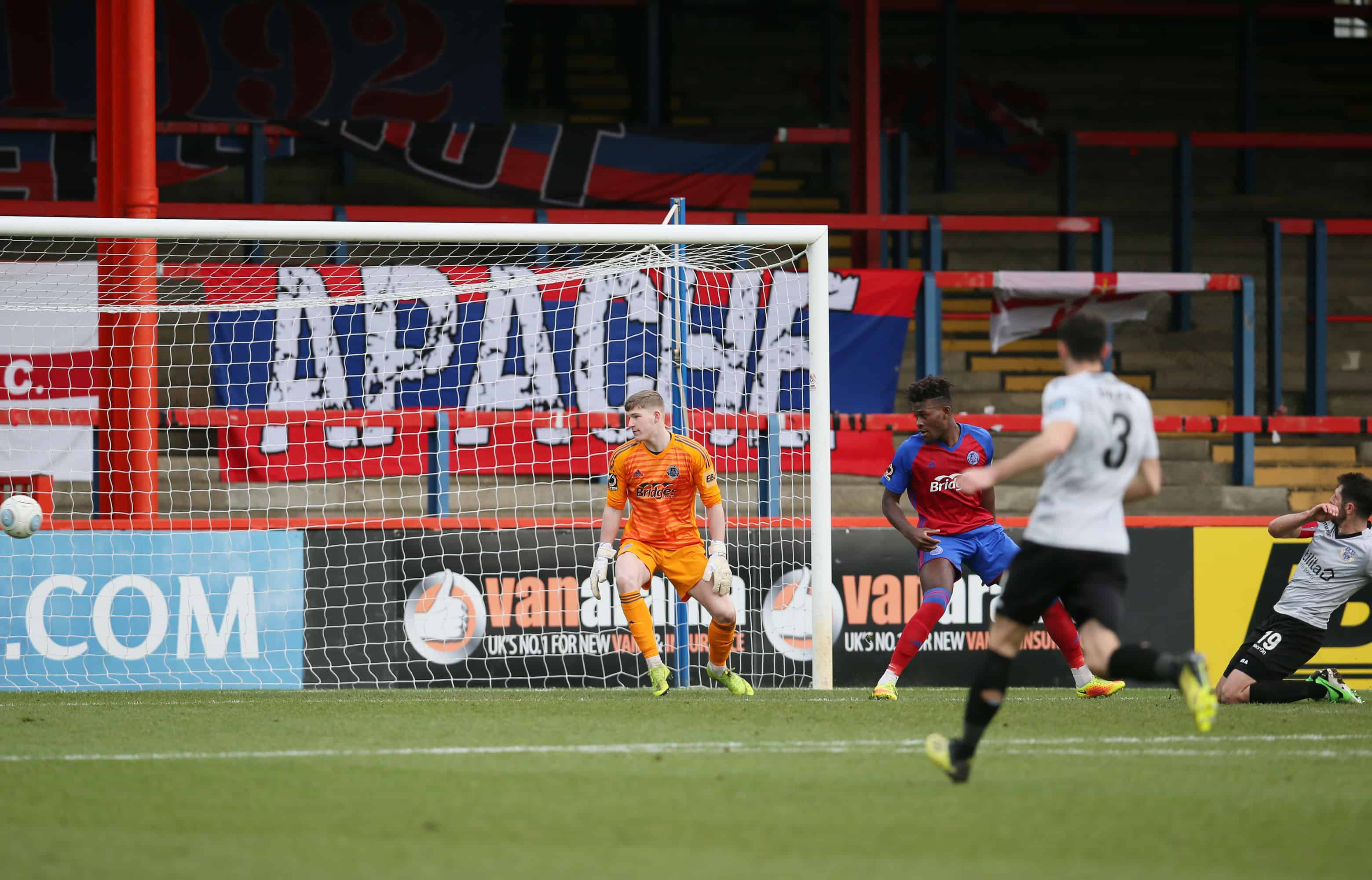 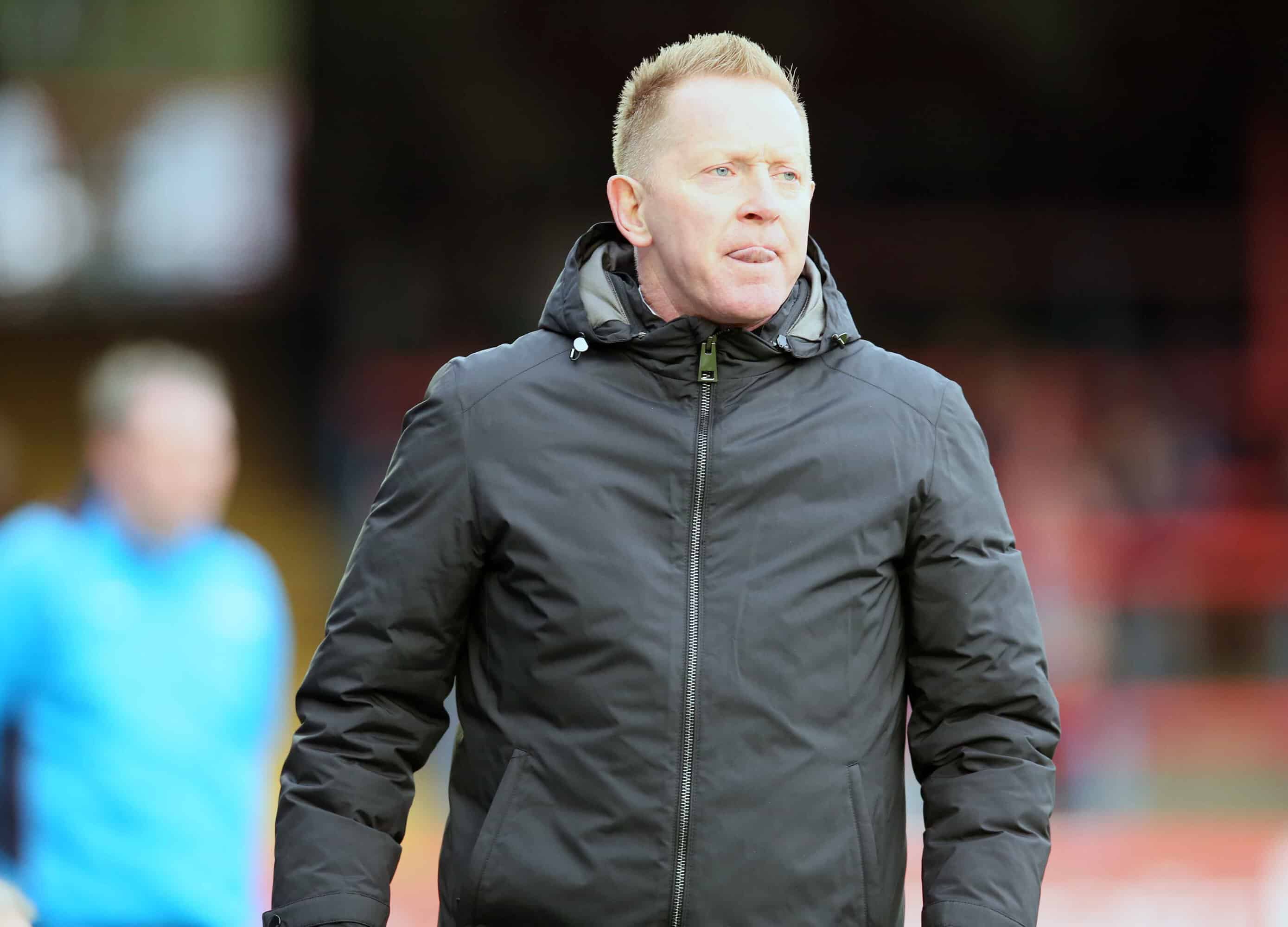 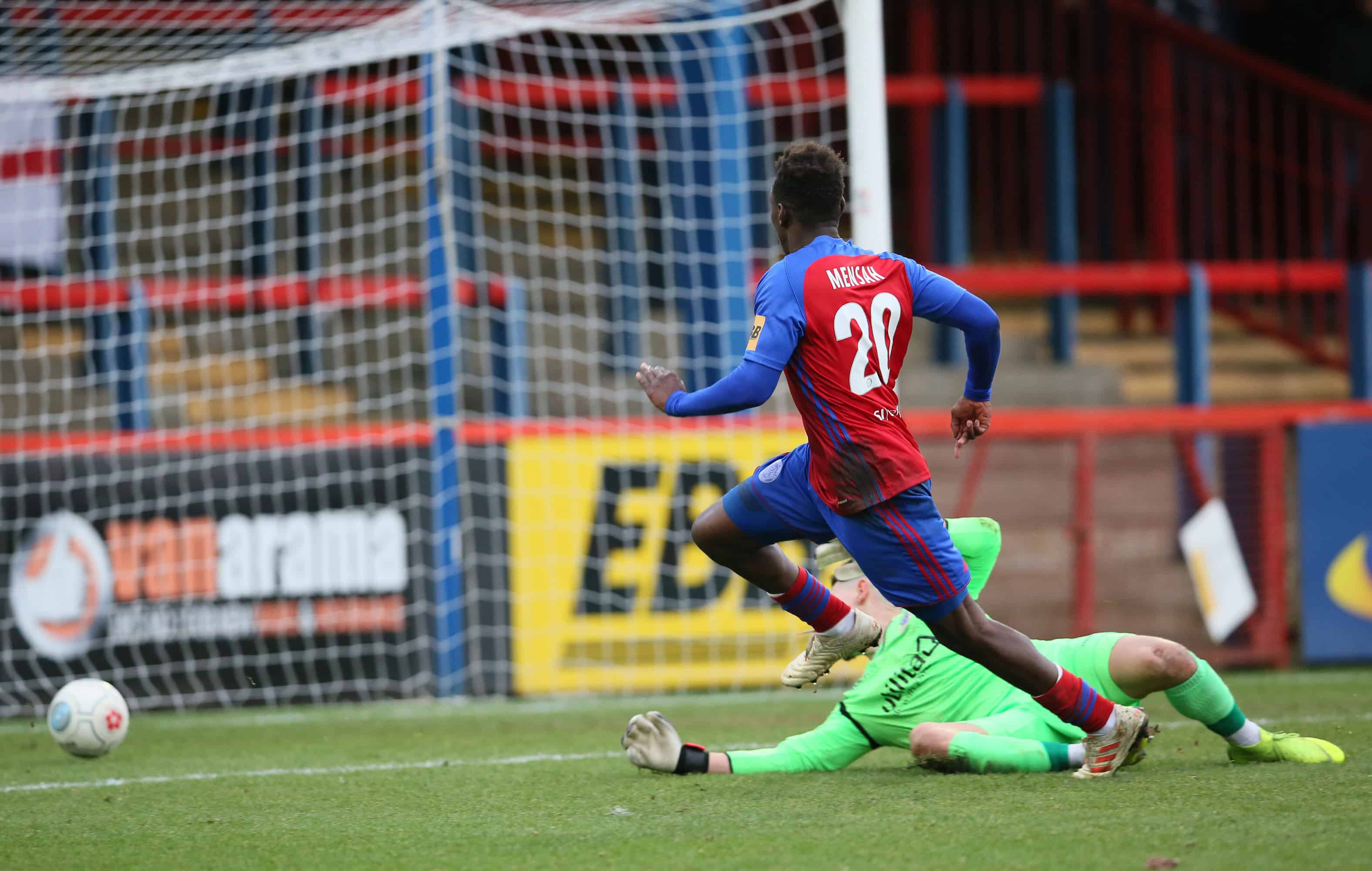 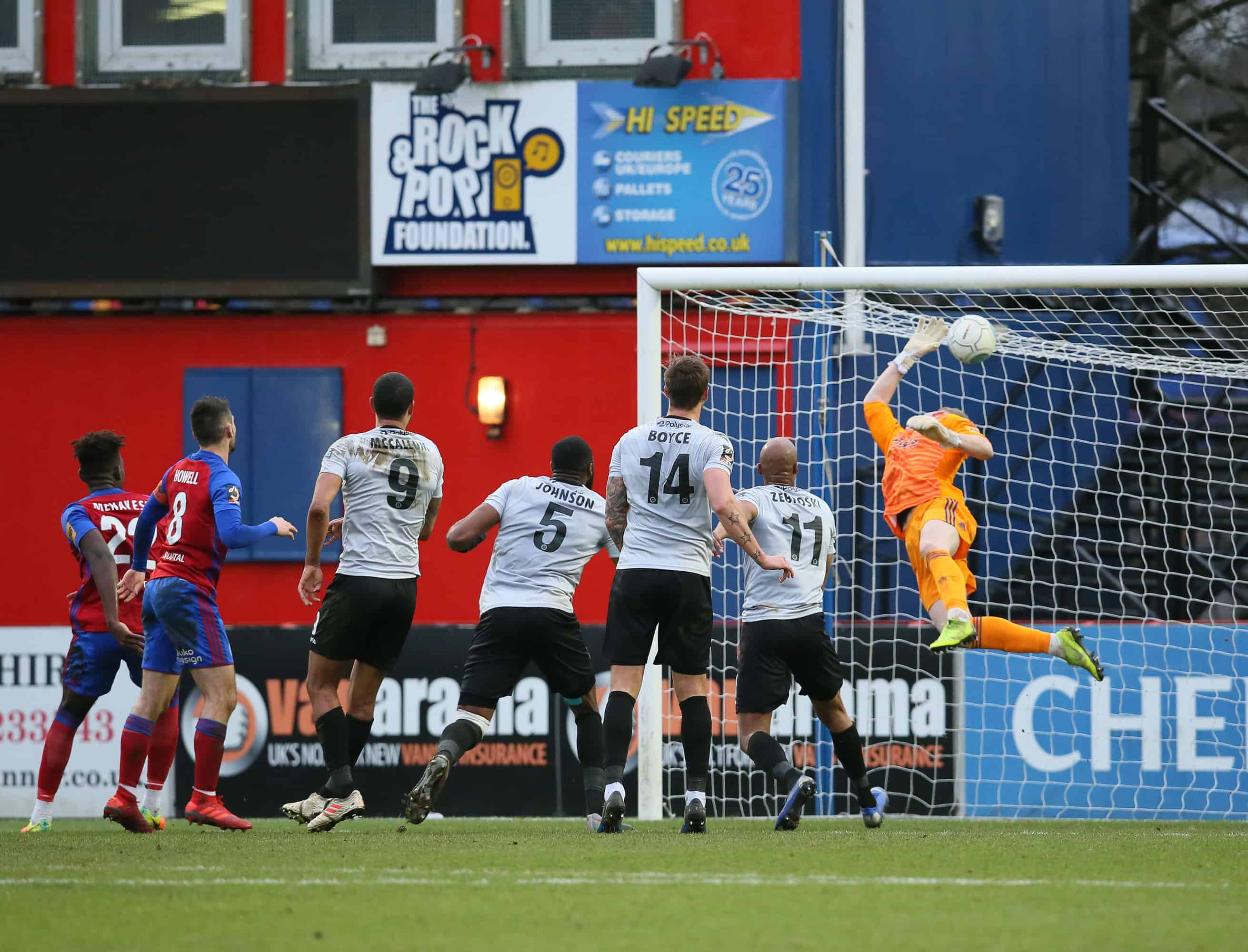 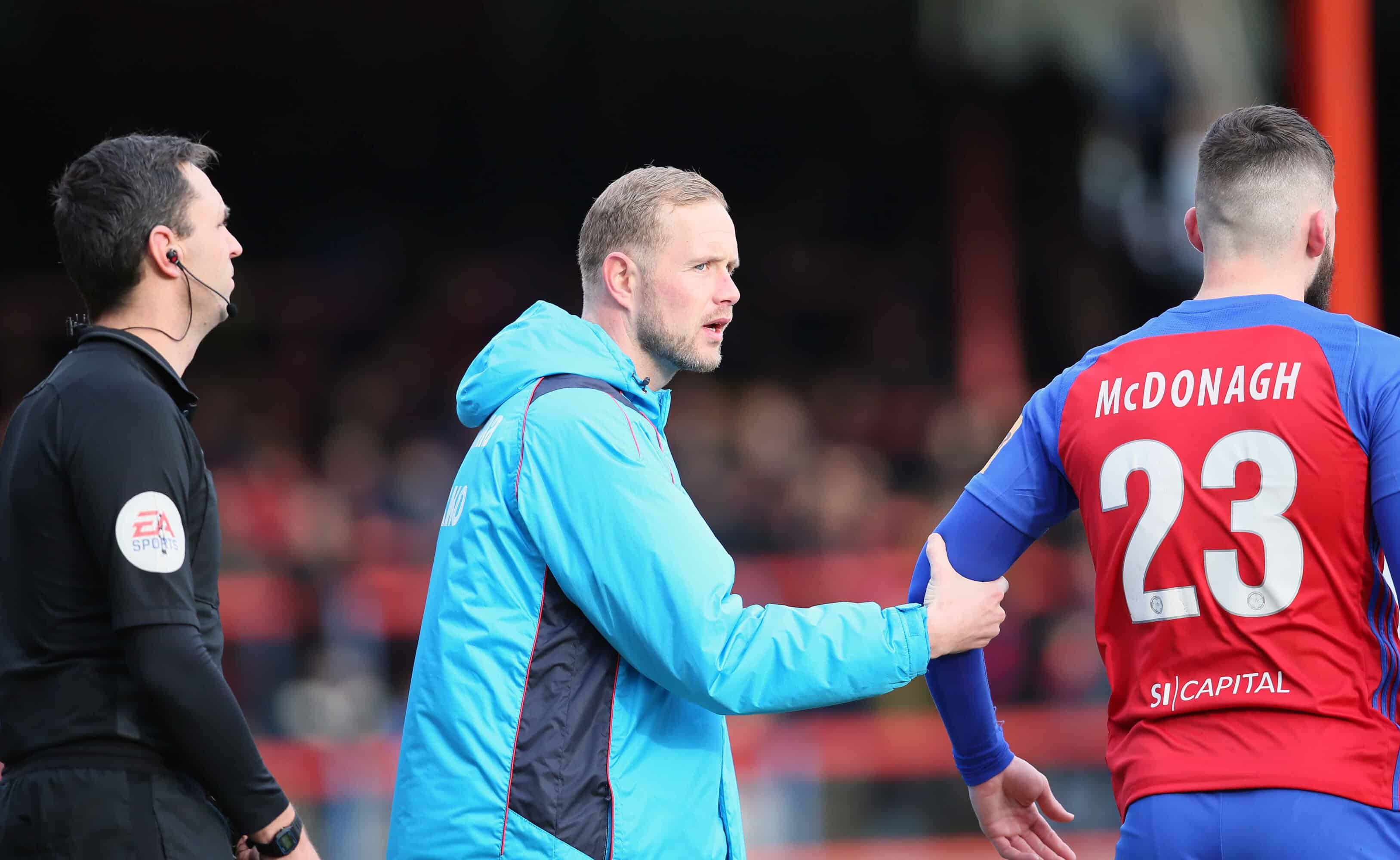