Aldershot were denied a crucial point at home to league leaders Leyton Orient after two first half goals from Josh Coulson was enough to cancel out Scott Rendell’s second half penalty for the hosts.

Shots boss Gary Waddock made just one change to the side that lost 2-1 to Barrow on the weekend and it was an attacking change too with Scott Rendell back from his suspension in place of defender Alex Finney.

The Shots started brightly in the opening few minutes with Adam McDonnell putting in a good ball from a free kick, which met the head of Rendell. He glanced it back across goal towards ex-Orient defender George Elokobi but his header was blocked by Coulson.

Jordan Maguire-Drew went down early on and was eventually replaced by James Brophy. The O’s nearly opened the scoring when Rollin Menayese slipped and allowed the prolific Macauley Bonne to get in, but his shot just passed the face of Jake Cole’s goal.

Shots best chance came in the form of Bernard Mensah. Regan Booty delivered an inch-perfect cross to the unmarked Mensah at the far post but he nodded his effort straight at the keeper who parried it to Dan Happe who cleared.

The O’s withstood the Shots first half pressure and were rewarded for their persistence when, in the 34th minute Coulson beat Cole from a Brophy corner to put Orient in the lead.

It got worse for the Shots as just two minutes later Coulson again beat Cole in a near carbon copy goal from another Brophy corner.

After the break the Shots were in the ascendency as they pushed back the O’s, with McDonnell almost getting a goal back on 50 minutes from a tight angle, but he saw his shot fizz past the face of the goal.

Minutes later Jacob Berkeley-Agyepong fired at Brill from the edge of the area but it was an easy save for the experienced keeper.

All the pressure from the Shots paid off in the 72nd minute when Marvin Ekpetita fouled Rendell and gifted Aldershot a lifeline. The skipper stepped up and sent Brill the wrong way to get the Shots back in the game.

Rendell almost grabbed an equalizer immediately after, he was in again as a shanked clearance by Coulson fell to McDonnell who drilled a low cross into the 6 yard area and Rendell met it but it sailed over the bar.

Johnny Goddard lofted a promising ball into the Orient box and was met by sub Reece Grant, whose header looped up to McDonnell and the central midfielder almost had his second goal in as many games but it went past the post.

The end of the match saw a save of the season contender, as substitute Matt McClure put a superb cross into the box for Grant who headed towards the top corner but was denied by Brill who had jumped backwards to claw back the ball onto the post for Ekpiteta to clear.

With 4 added minutes the Shots went searching in the hope of finding an equaliser. It didn’t come for them however as Leyton Orient ran out 2-1 winners. 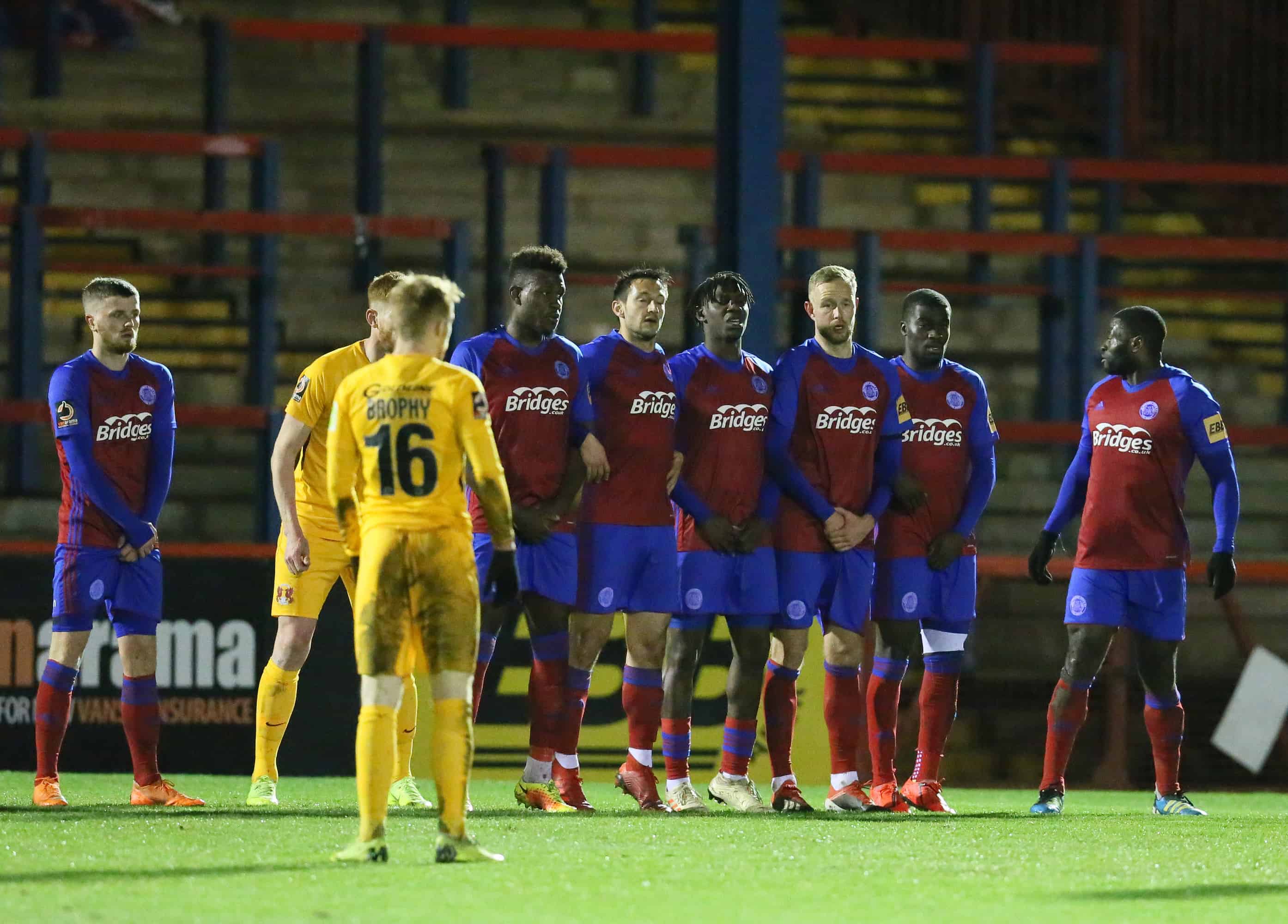 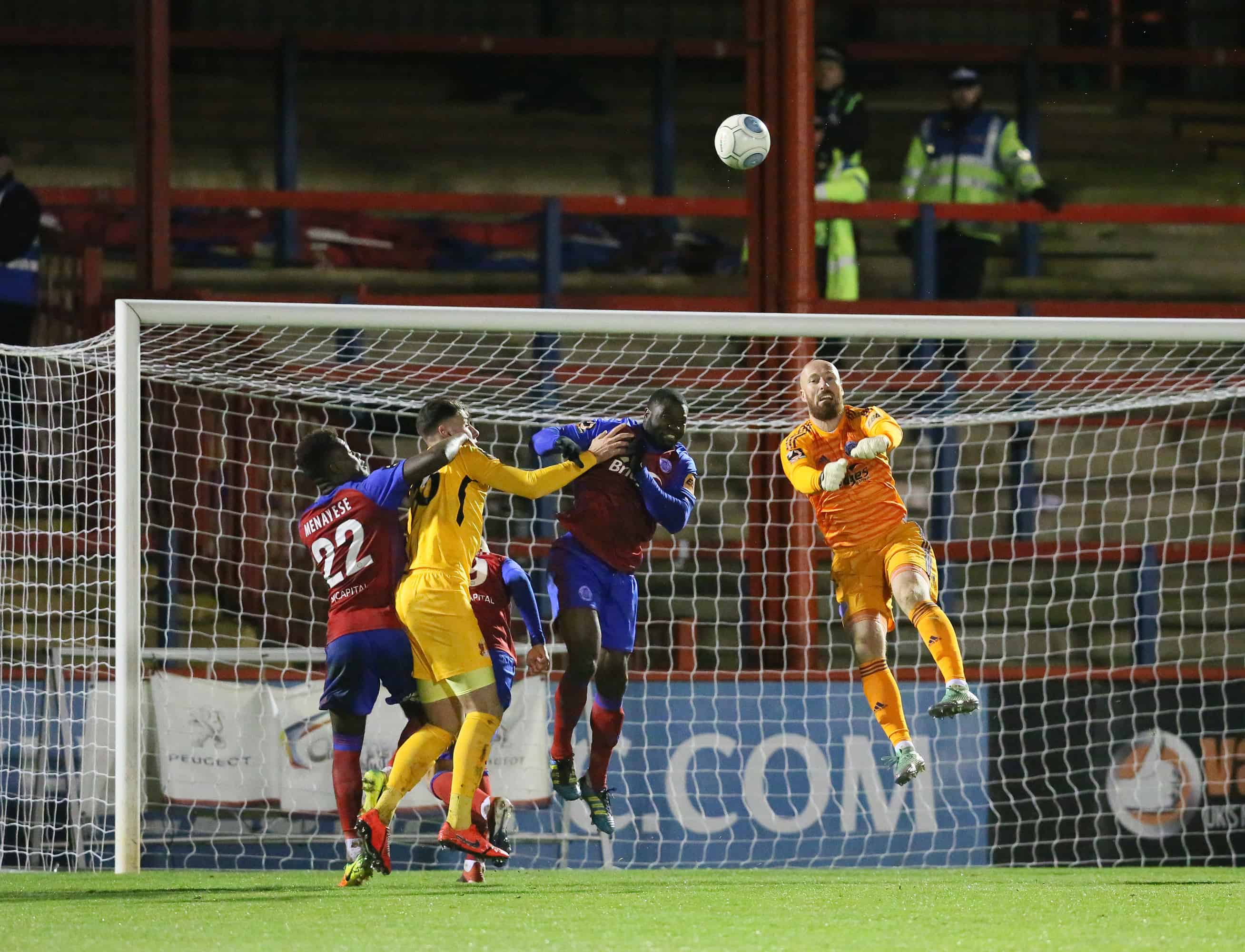 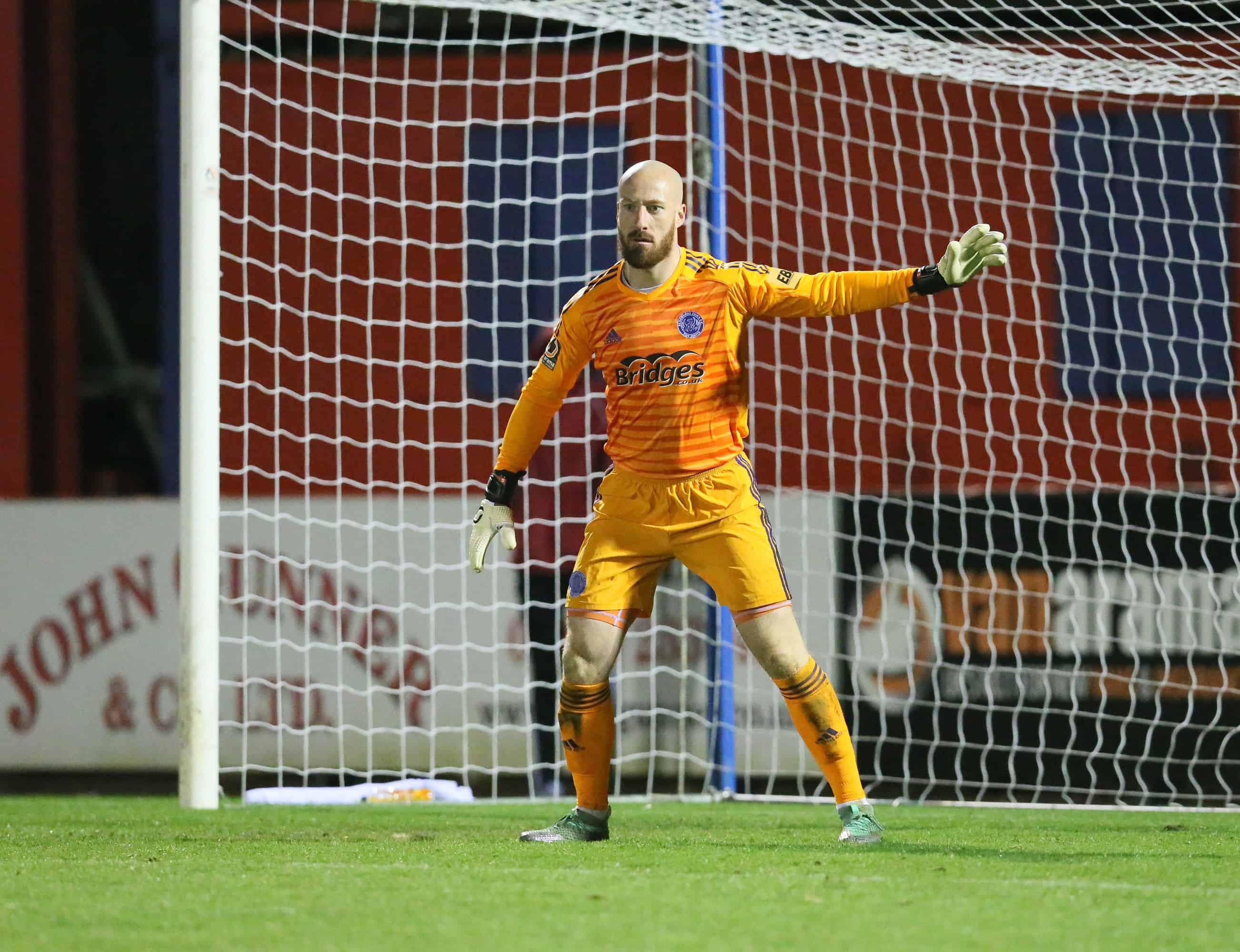 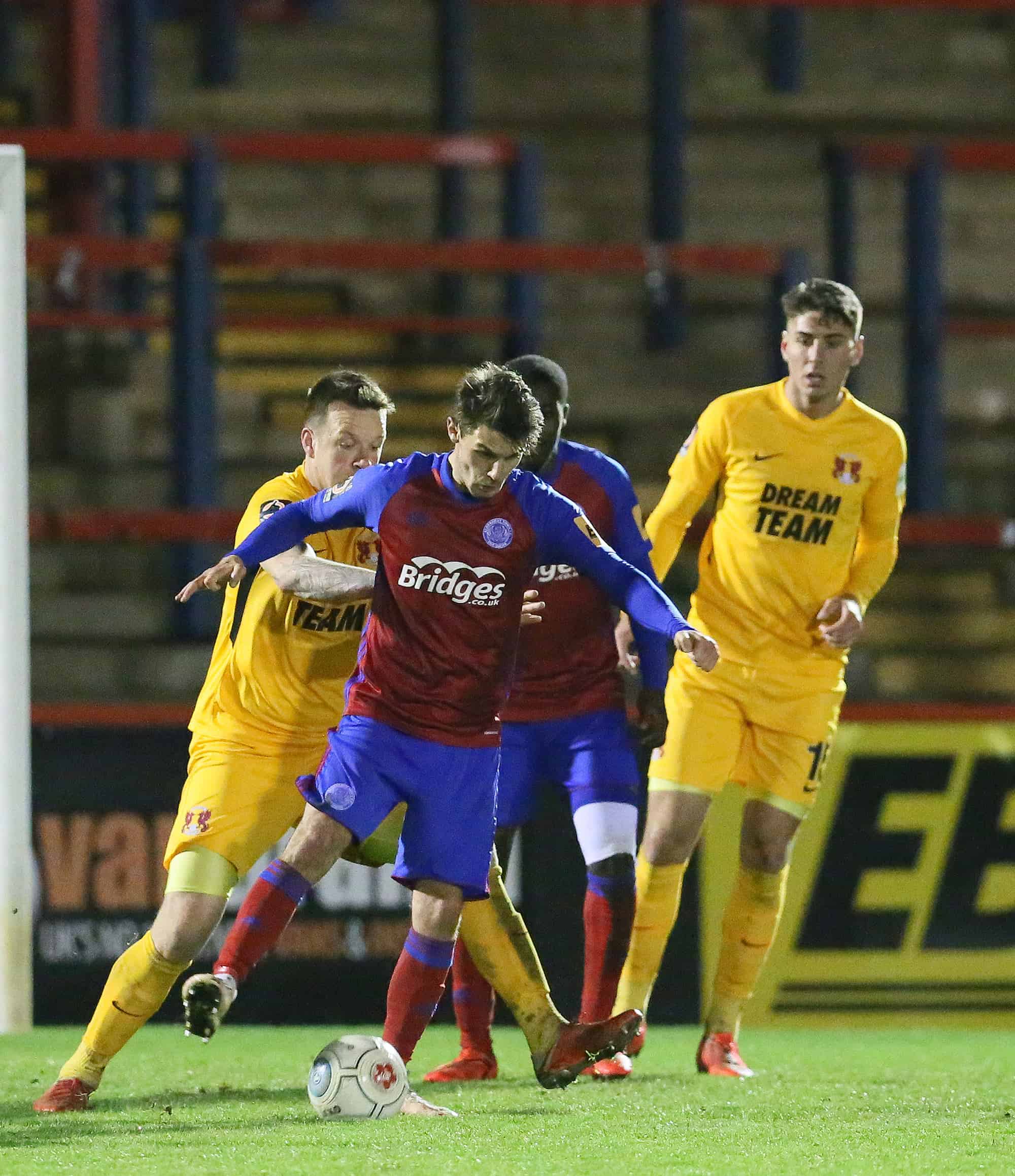 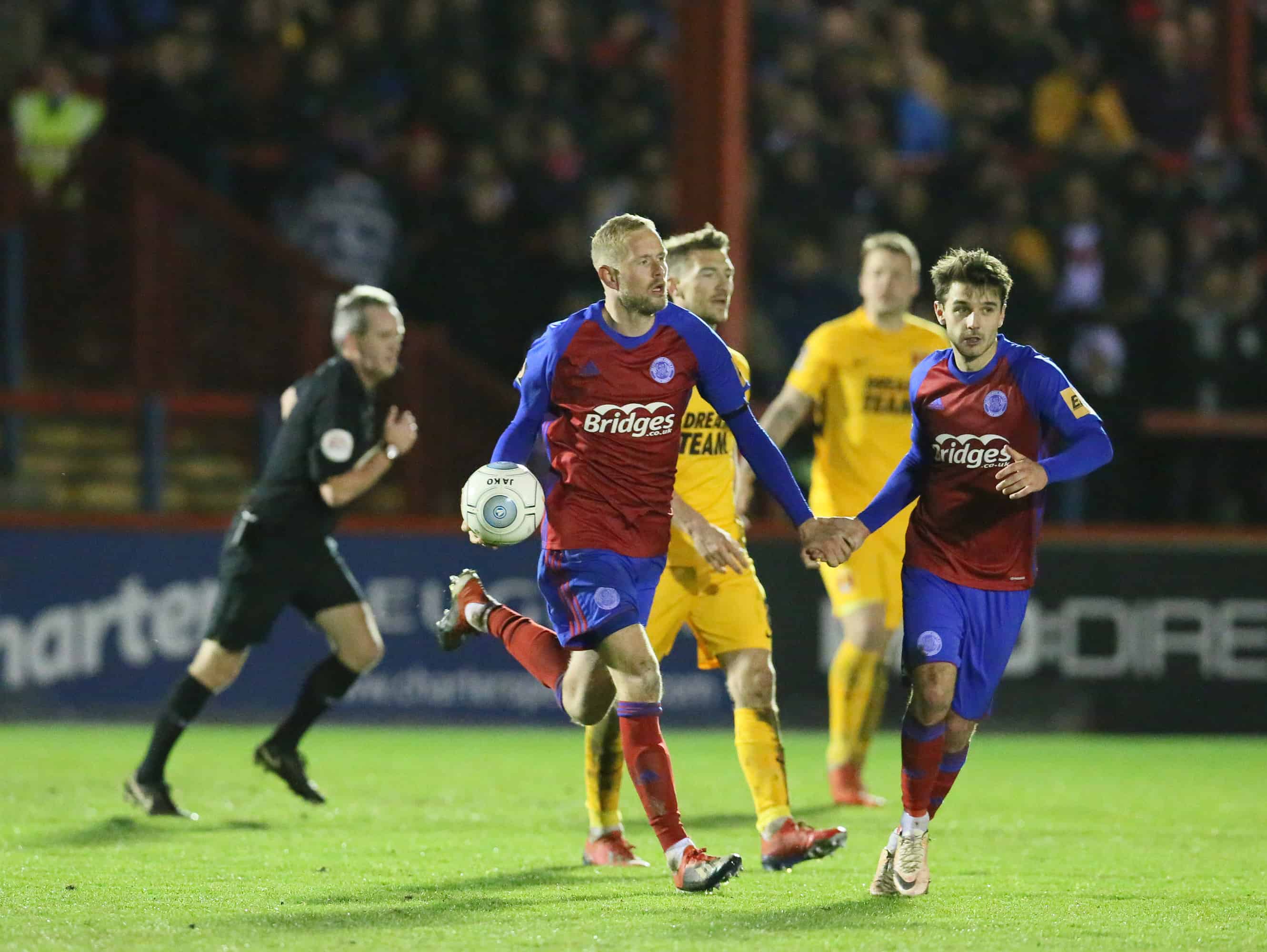 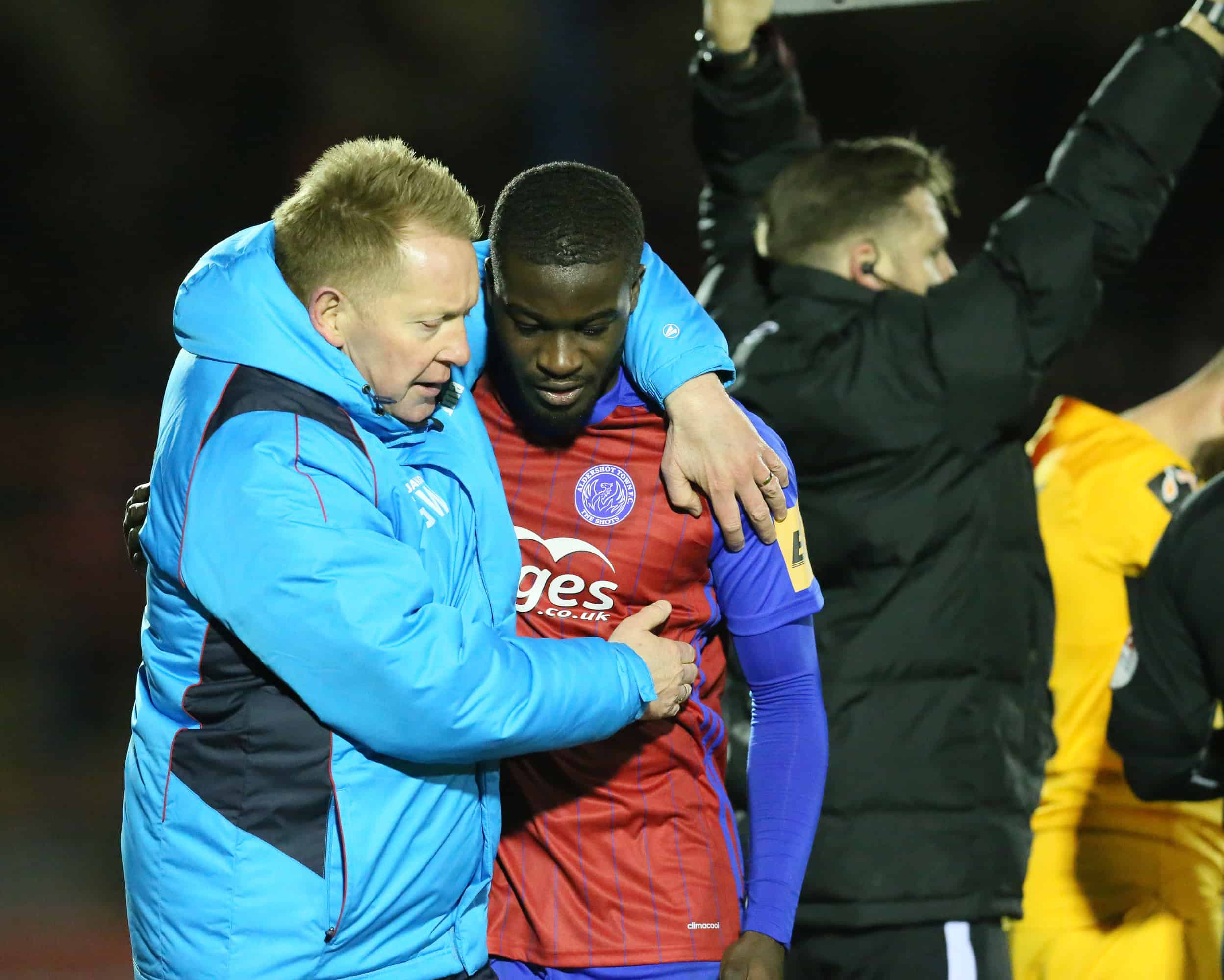 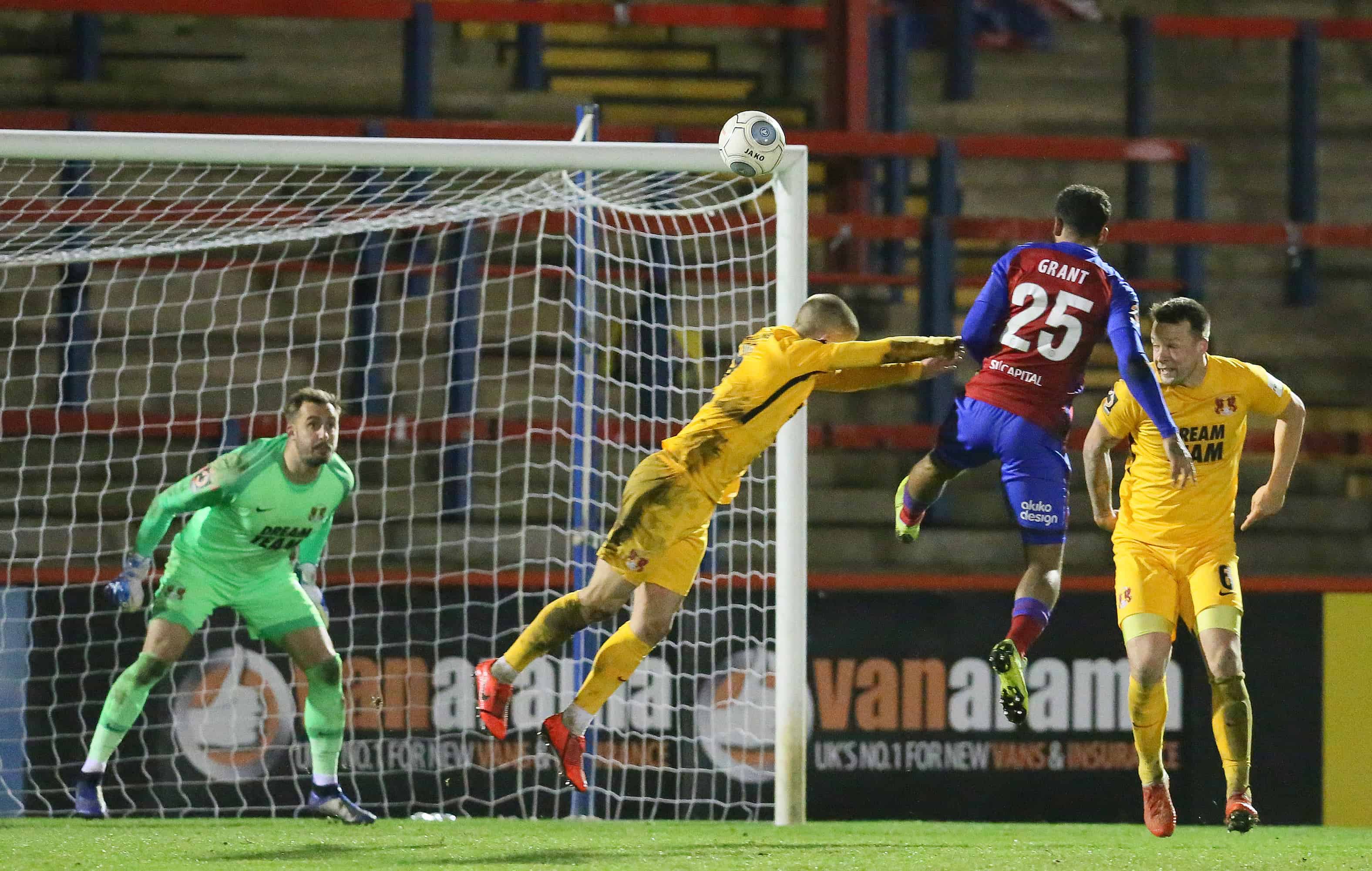 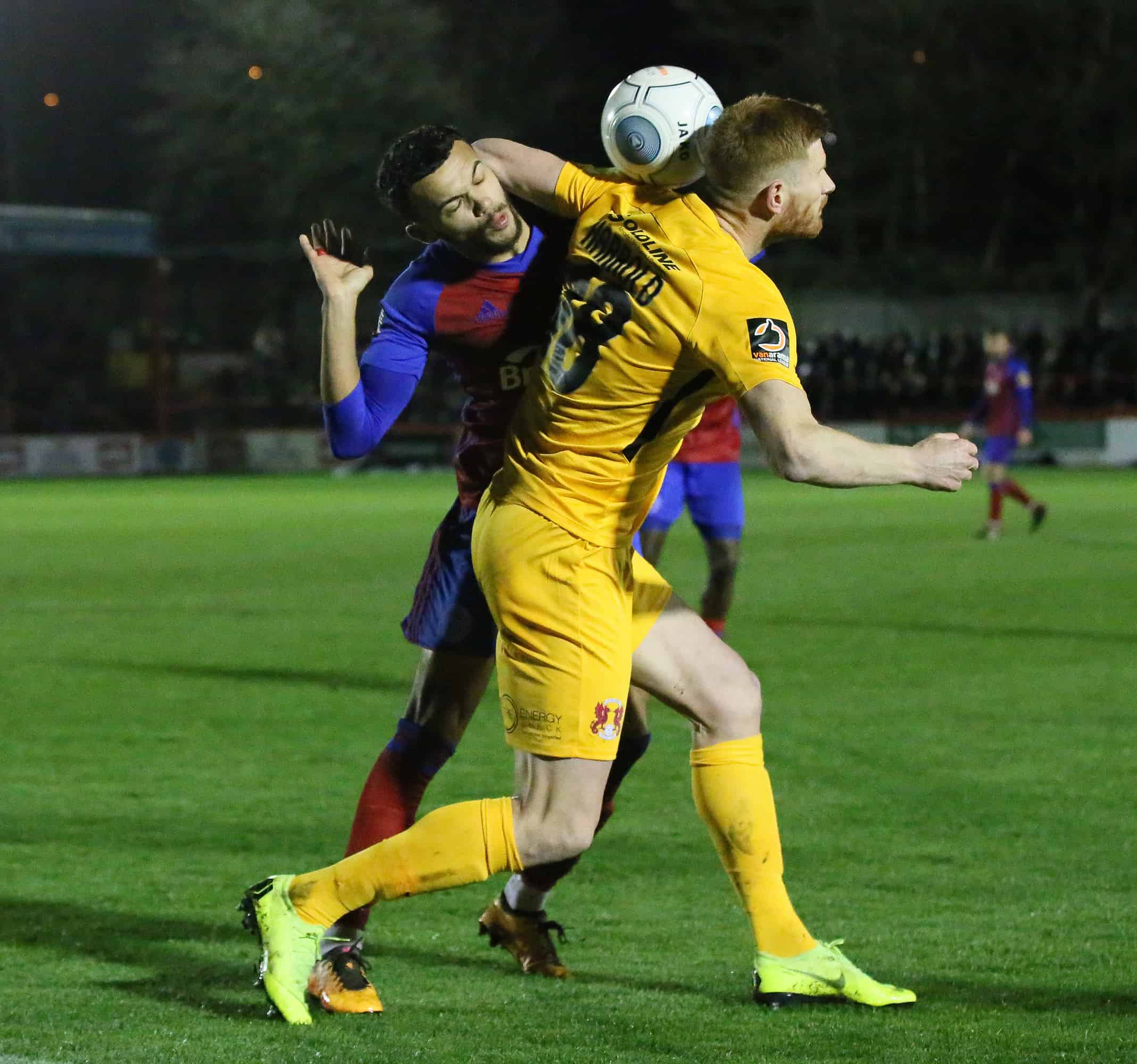 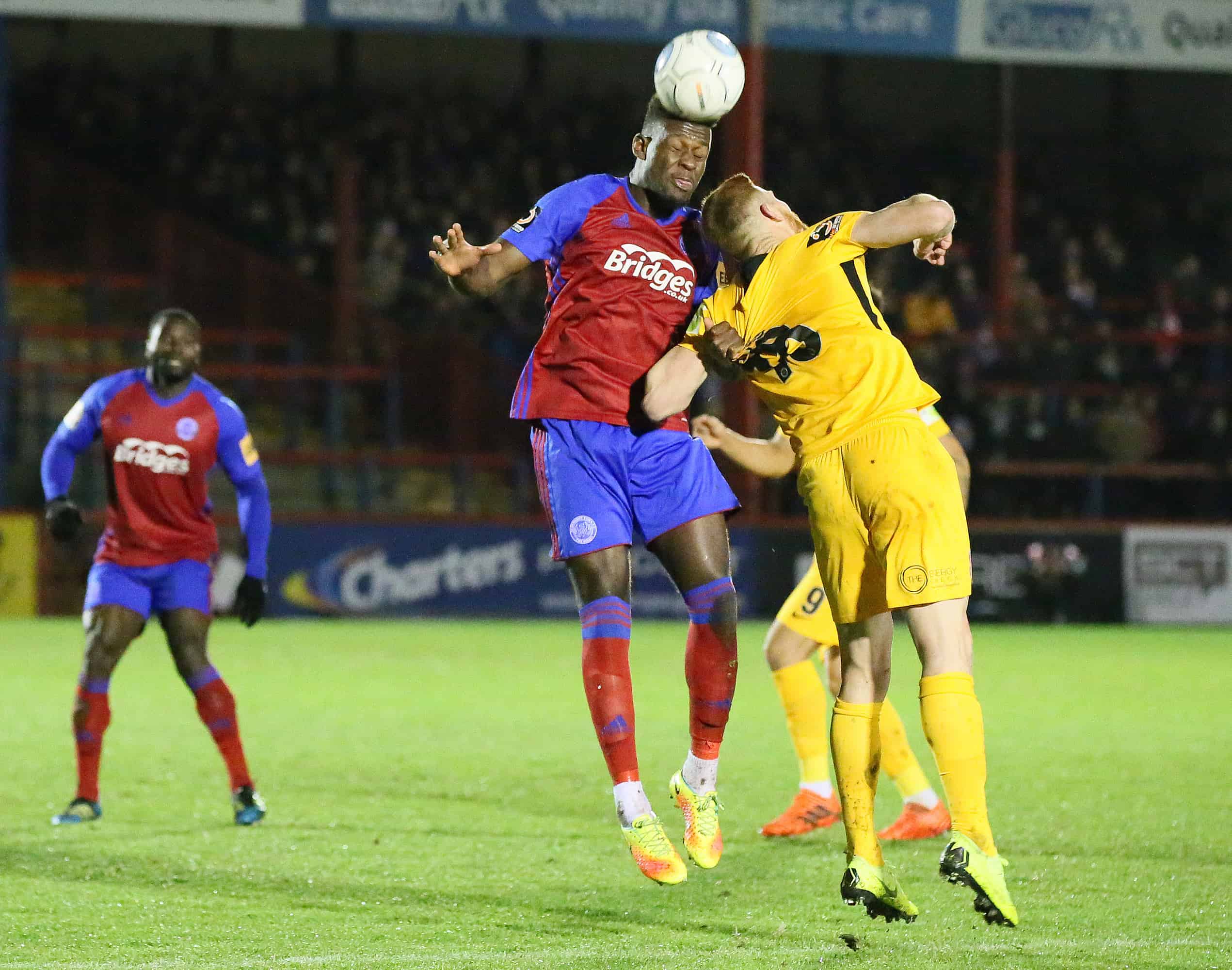