Danny Searle gave debuts to eight players as he begun life as Shots boss with new signing Dean Rance leading the side out as captain.

Shots started well and debutant Shamir Mullings went close on 20 minutes; his chested down ball was picked up by James Rowe and the midfielder quickly returned it to the striker following an impressive interception, before the striker curved it just wide of the net.

Fylde then hit the crossbar through Alex Whitmore. Alefe Santos saw two of his efforts deflect just wide off of Byrne as the Shots put the title favourites under pressure.

The visitors opened the scoring when a Mark Yeates set-piece was flicked in by captain Neill Byrne, although it may have taken a deflection off of Alex Finney.

George Fowler made his long-awaited return from injury replacing the injured Ollie O’Dwyer who was having an impressive debut, he marked his comeback with a crucial goal line clearance a minute after coming on to prevent Danny Rowe scoring.

A minute into the second half the Shots went close when James Rowe lost James Craigen in the box, but his goalbound effort deflected off of Byrne and over.

Fylde should’ve went two ahead soon after, Danny Rowe shook off his man in Finney and played Dan Bradley in on goal, but with just Mitch Walker to beat he glanced his effort wide.

National League Player of the Season Danny Rowe made it 2-0 from the spot when Fowler upended Bradley. He smashed his penalty low to the right giving Walker no chance in the Shots goal.

Shots never looked like a beaten side and made it a nervy finale for the visitors after Connor Shields dangerous low cross was poked into his own net by Byrne.

It was a positive first game under Searle with an unfortunate scoreline after fast-play, precision and a consistent attack on goal. With a confident display until the final whistle, a similar performance will no doubt continue into Tuesday night’s fixture against Woking. 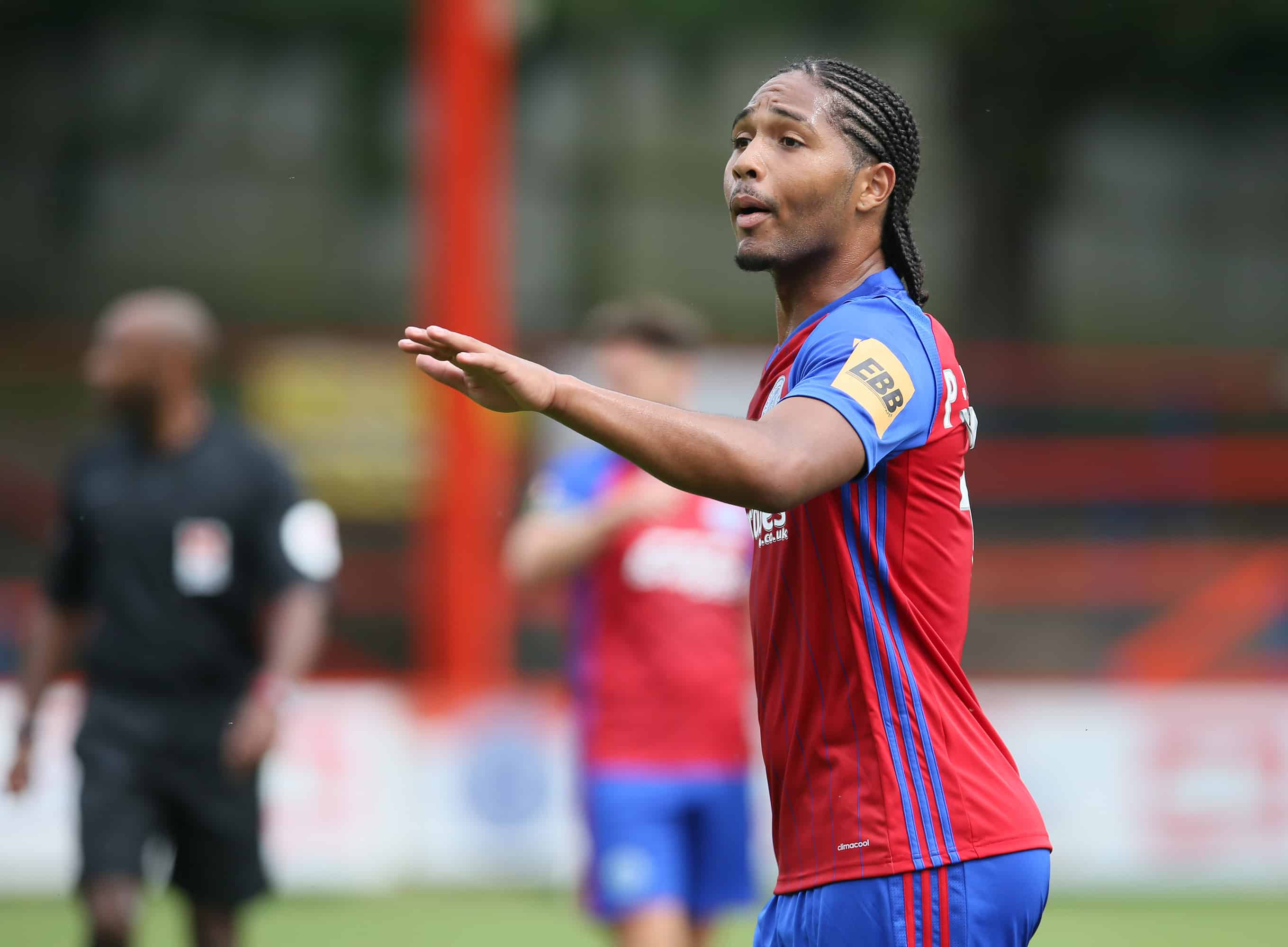 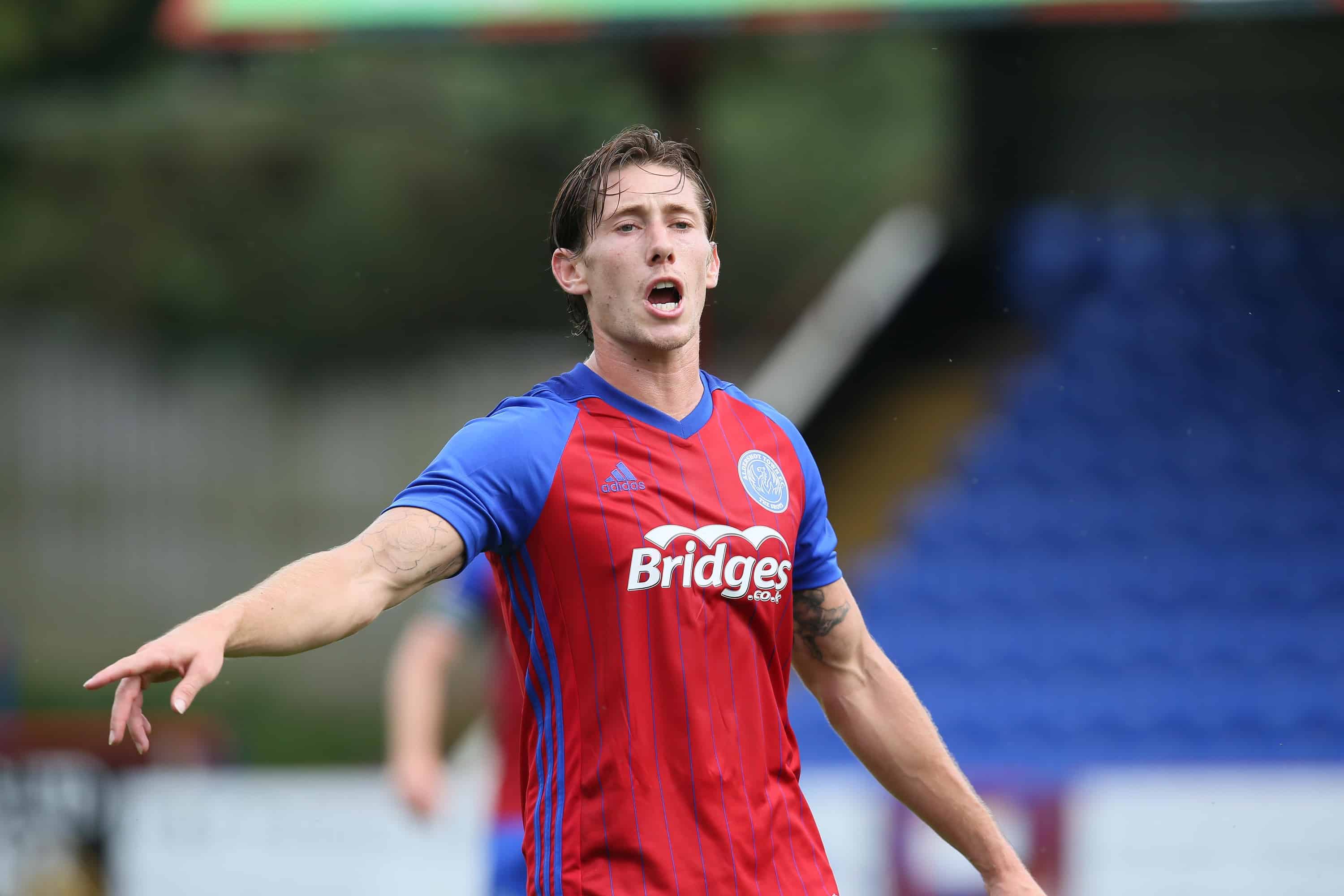 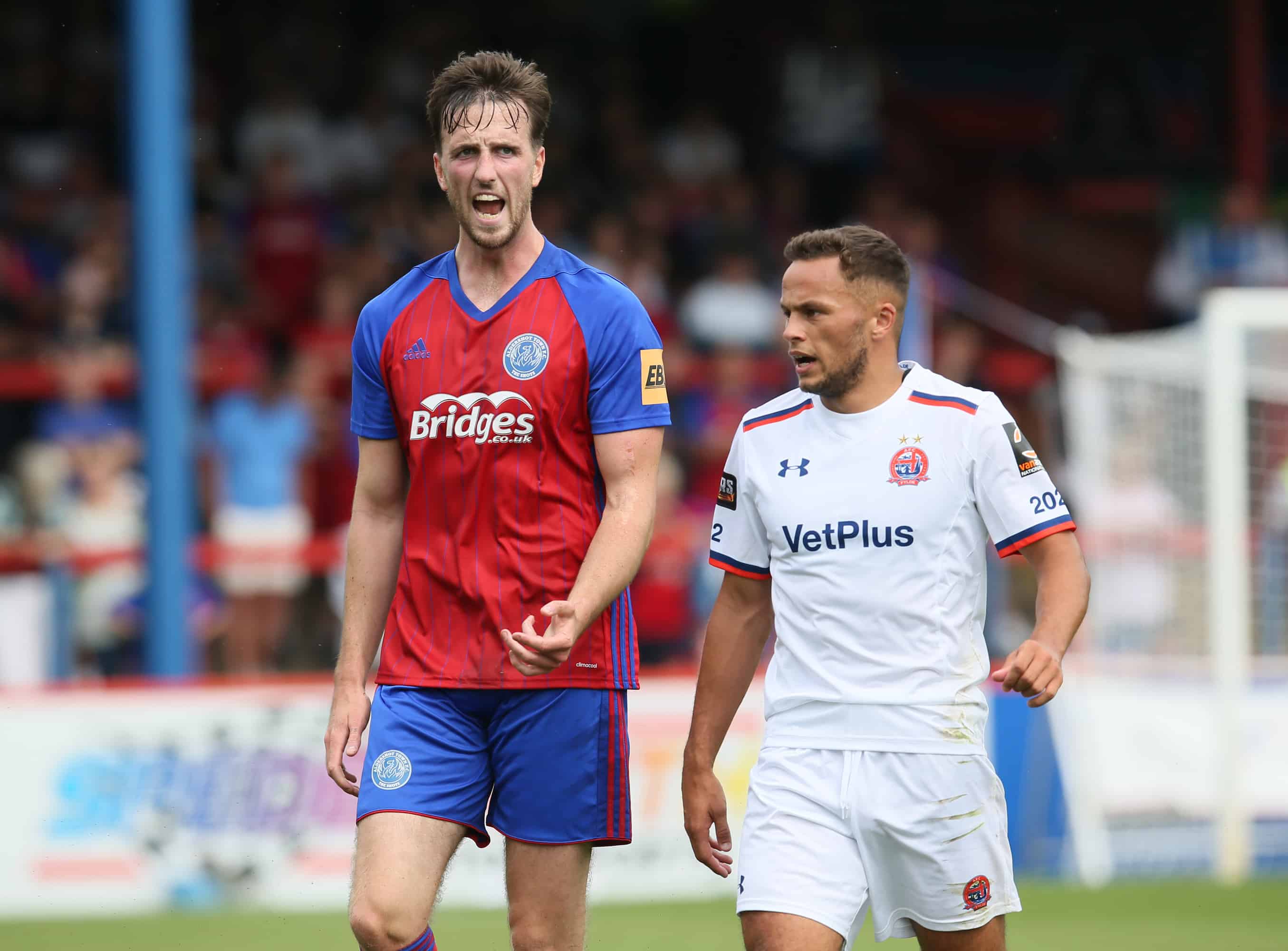 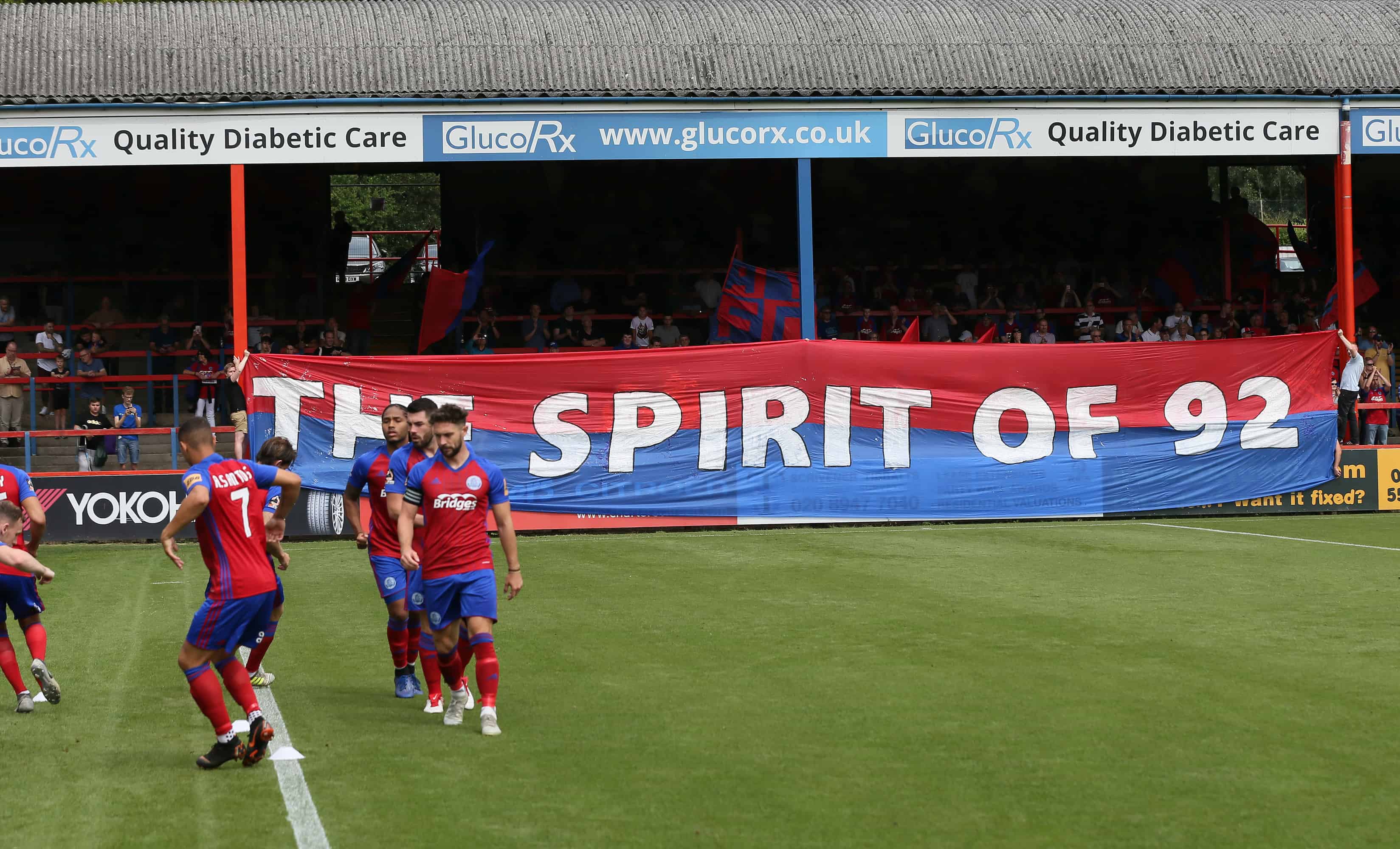 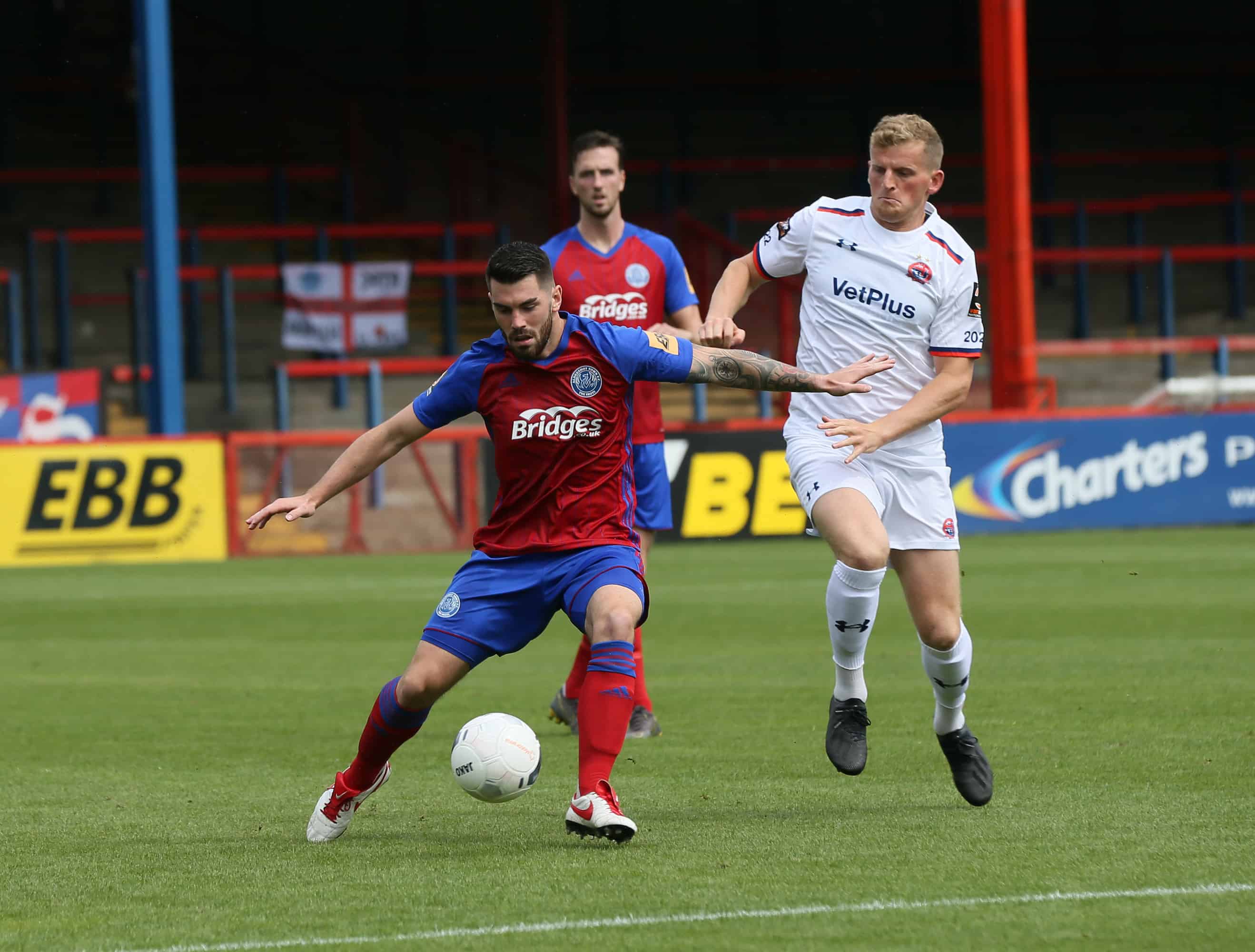 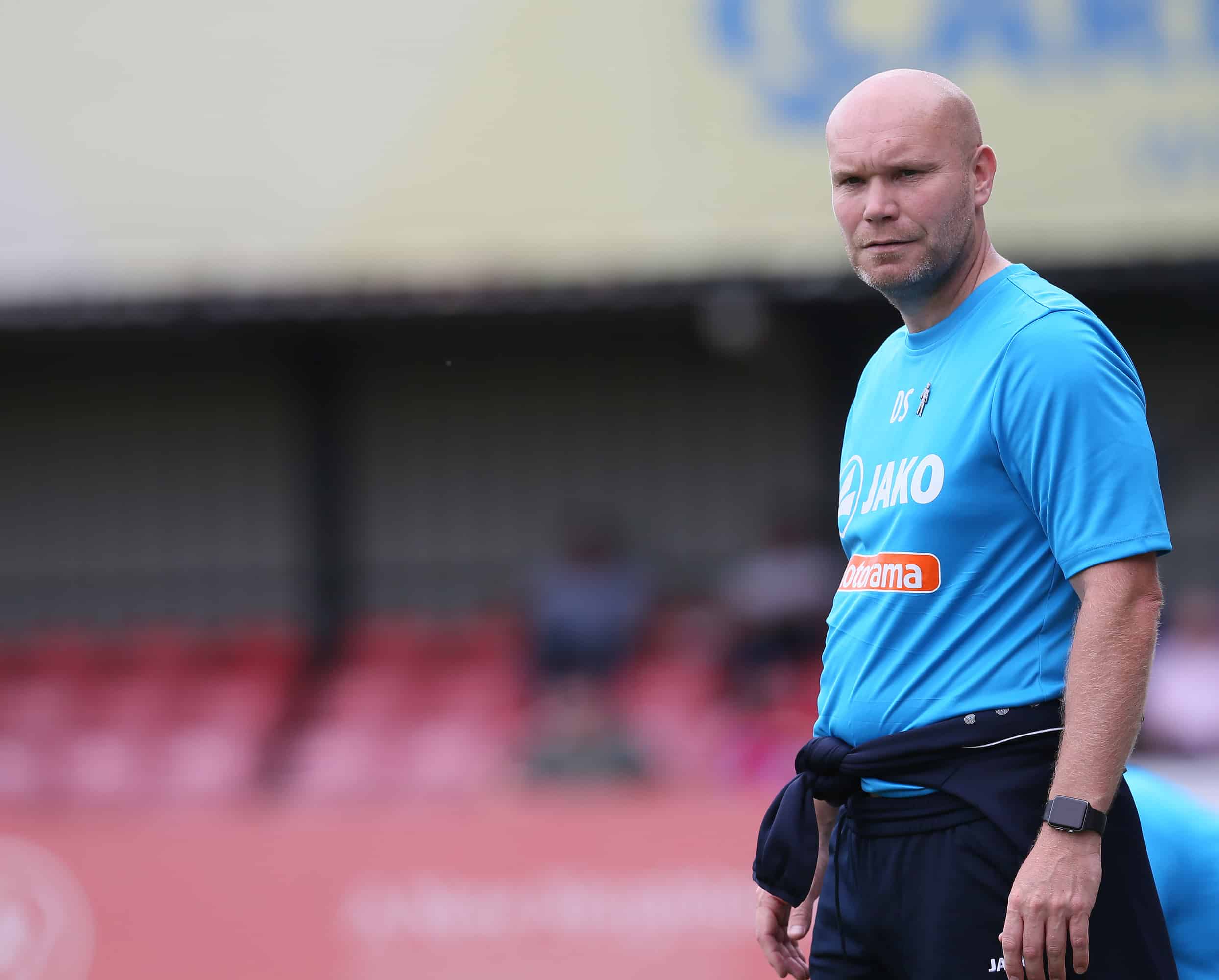 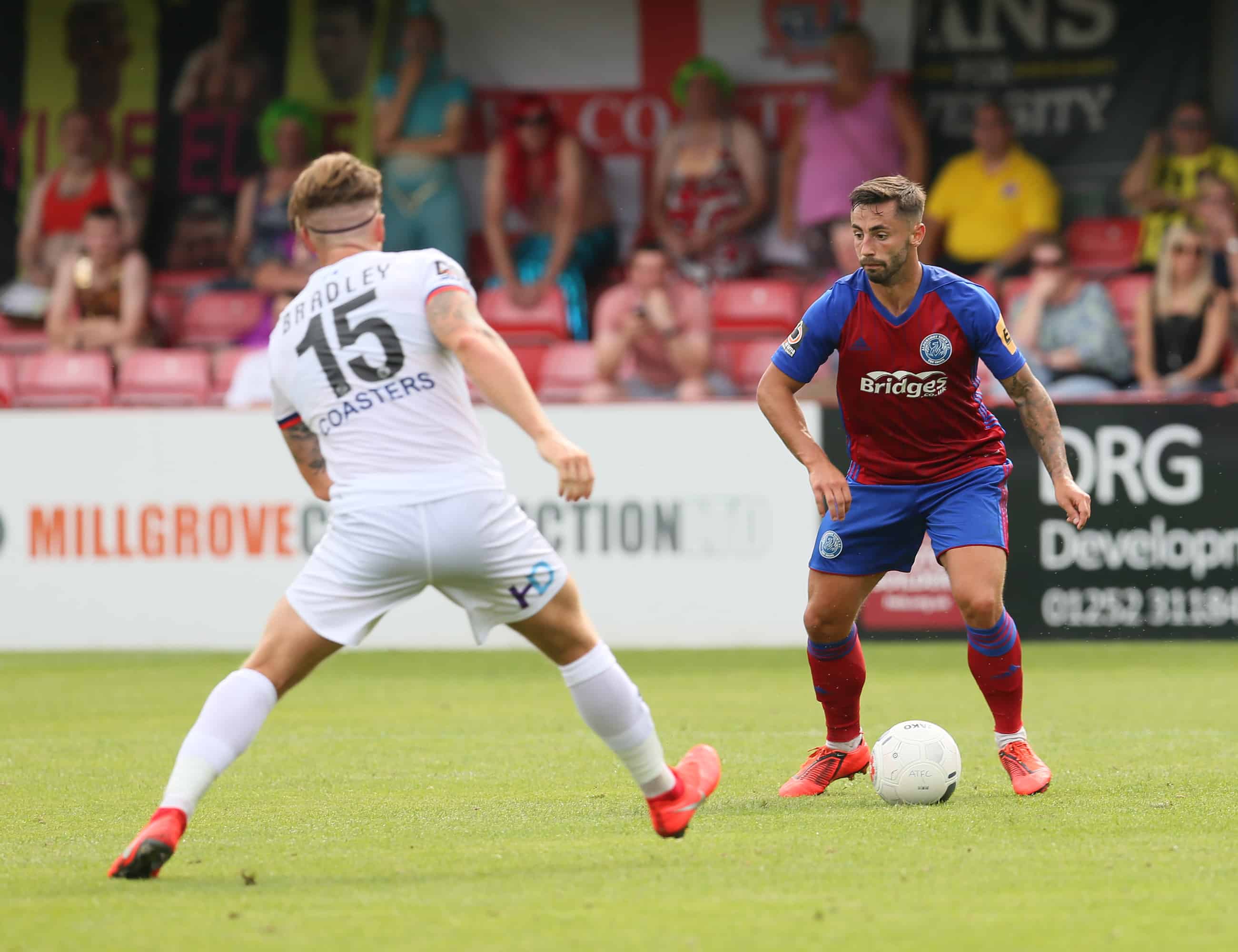 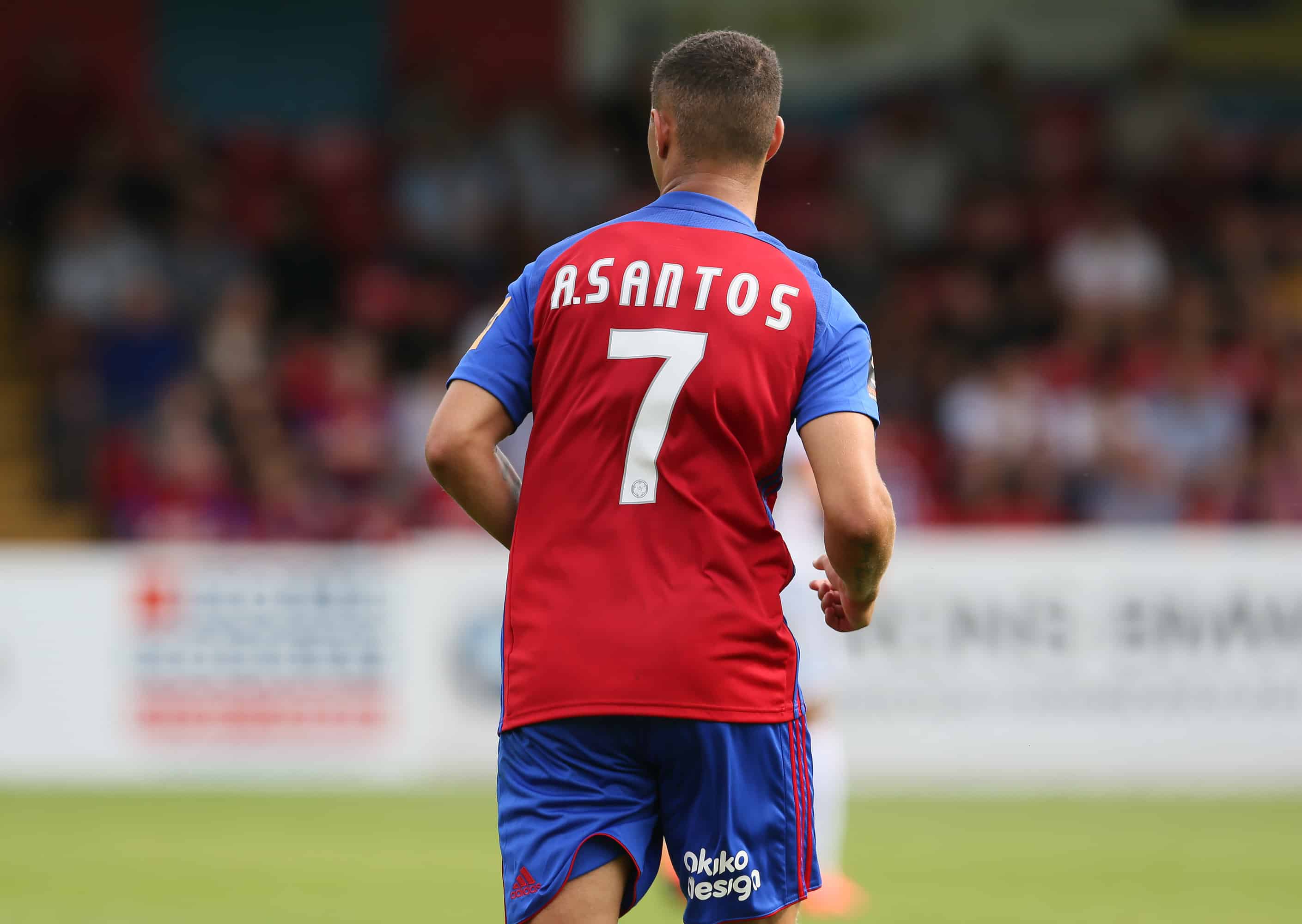 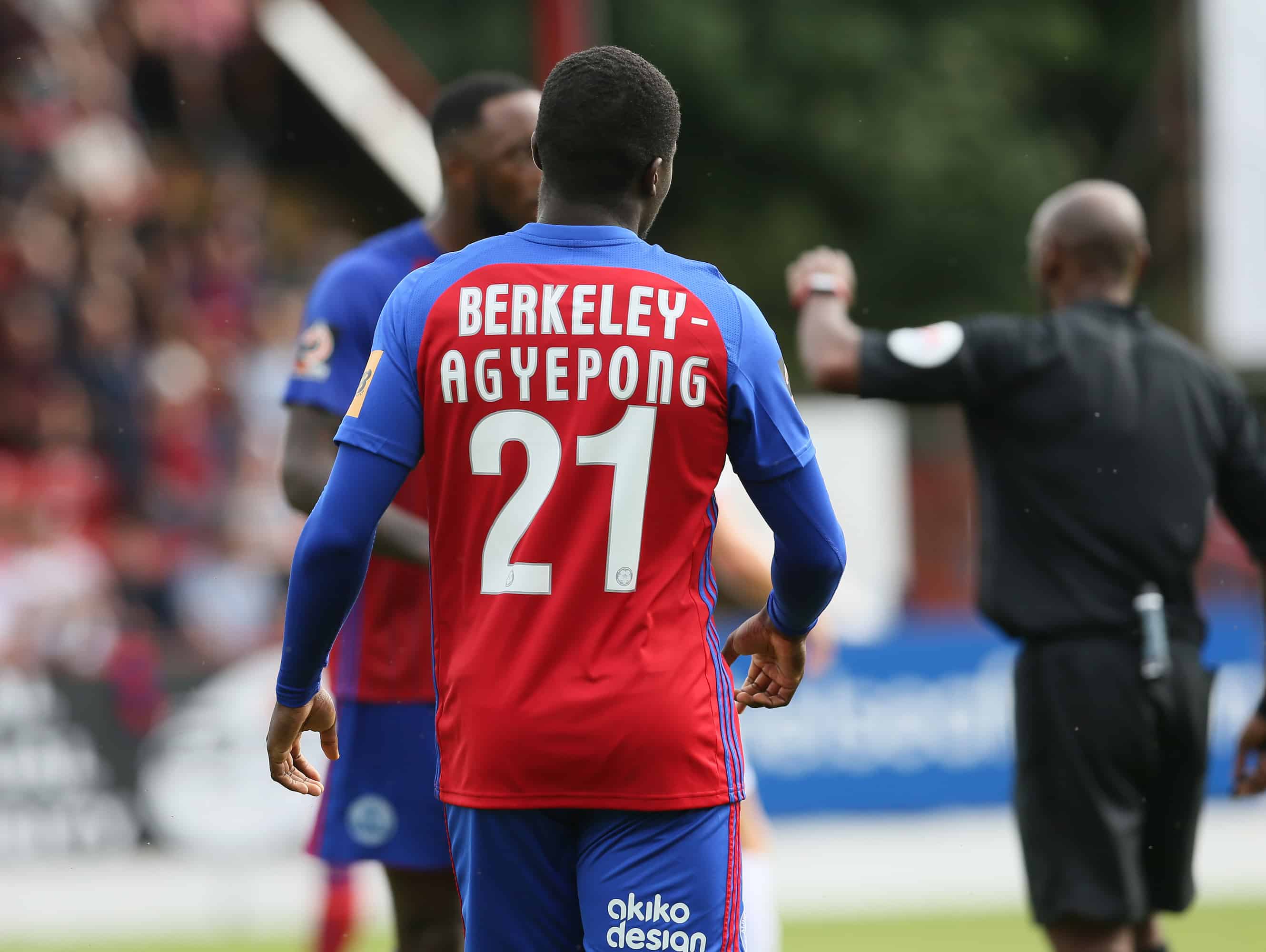 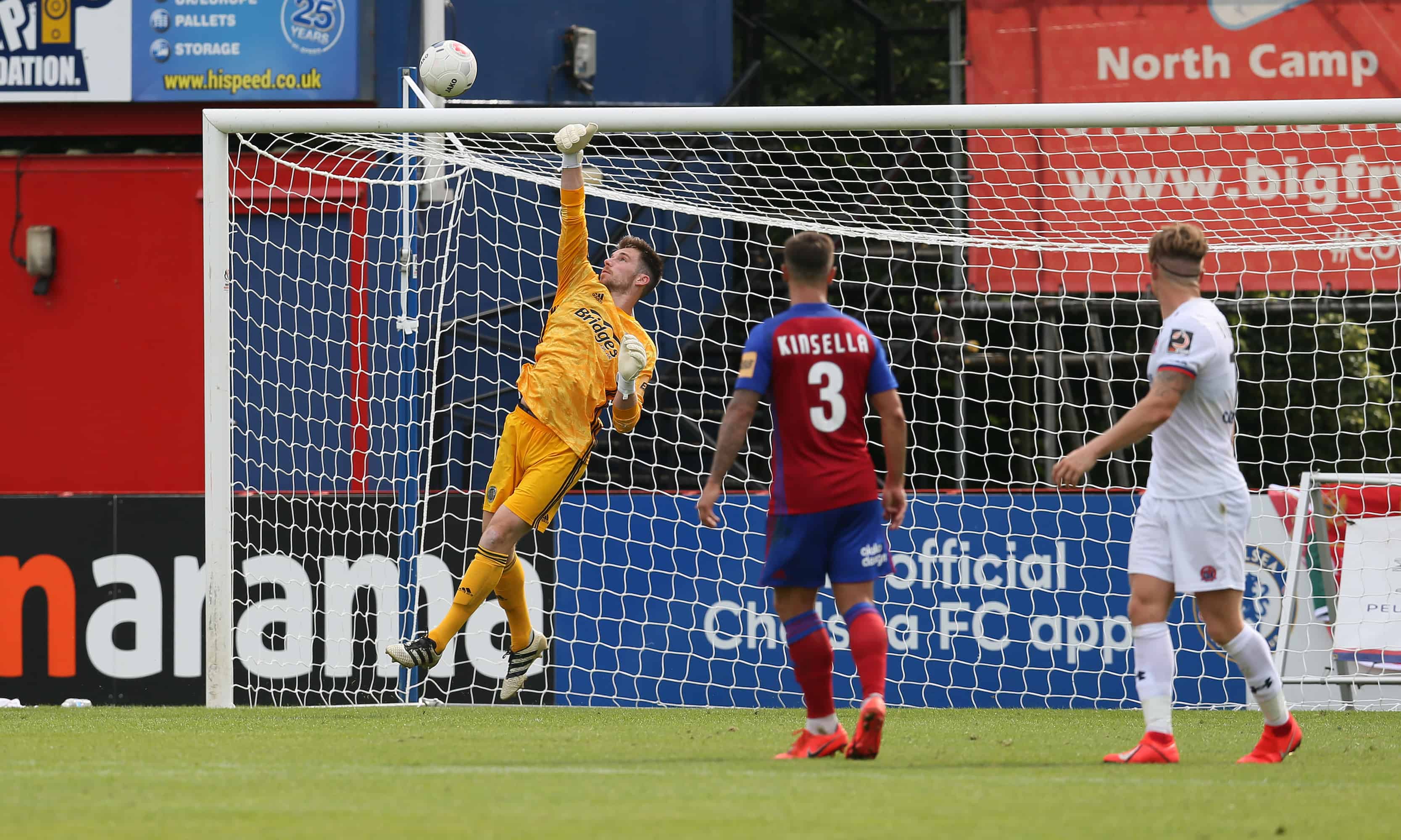 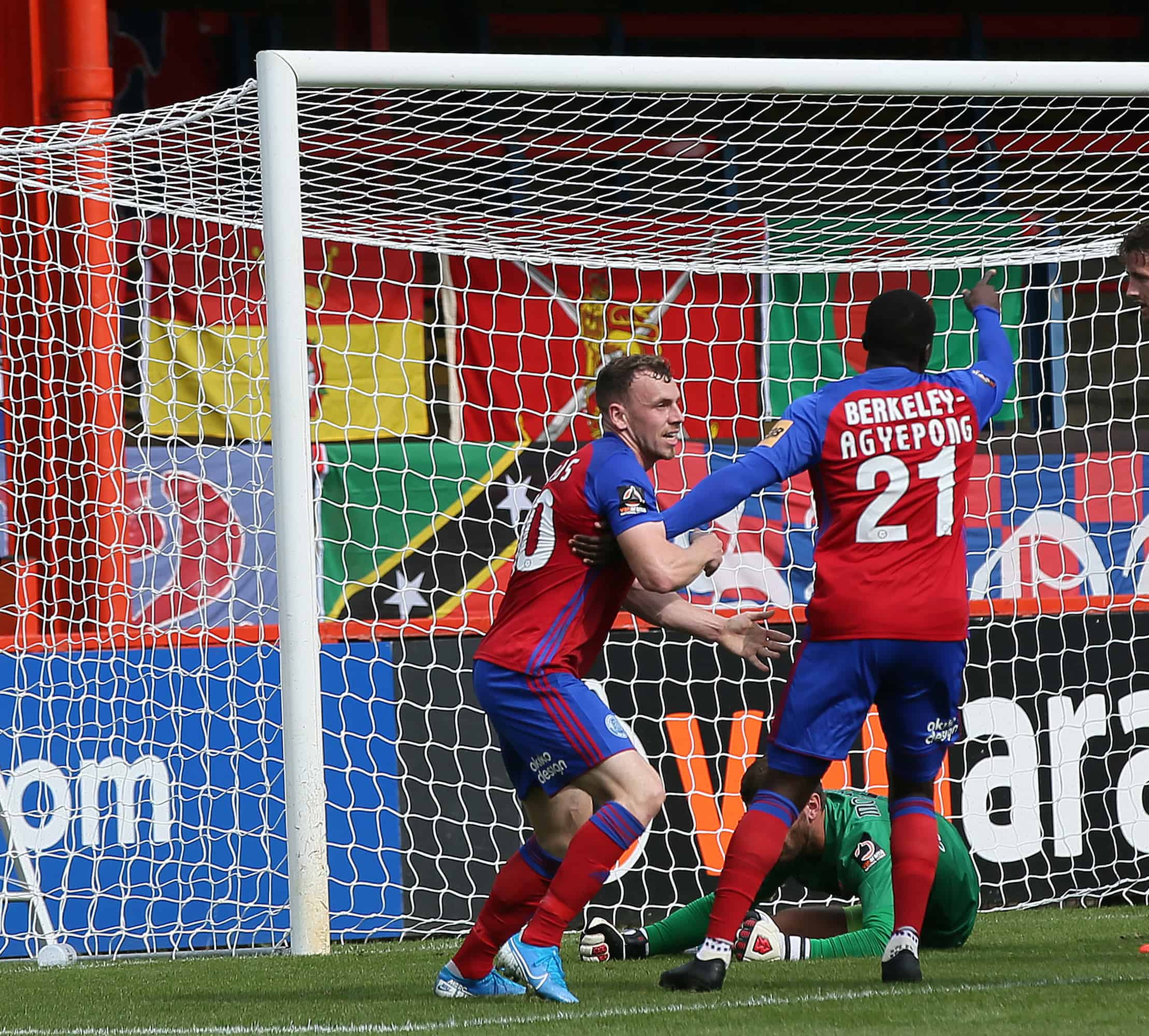