Aldershot Town failed to capitalise on their game in hand against Solihull Moors as games begin to run out as the Shots battle relegation. Nathan Blissett’s hat-trick at a cold EBB Stadium sealed a 3-0 win for the Moors who go top of the National League.

Shots boss Gary Waddock made two changes to the side that lost 3-1 to Eastleigh on Saturday with Scott Rendell making his first start since his long-term injury back in November and a debut to ex-Wolves defender George Elokobi.

It was a good start from the hosts as they saw John Goddard spurn a couple of half-chances in and around the area.

But an all-to-familiar set piece routine was to be the Shots undoing on 14 minutes. Jamey Osborne delivered a deep free kick to Liam Daly at the far post who nodded across goal to Blissett who poked in from close range.

The Shots almost got an equaliser just after the half hour mark when Bernard Mensah acted quickly to pass a free kick on the edge of the area to Goddard but his shot was palmed away by Ryan Boot in the Moors goal.

Dominic Bernard then made a mazy run into the box beating Darren Carter and then Alex Gudger but his fierce low cross just evaded the leg of Rendell.

Chances were few and far between for the Shots in the second half but they went close early on when Adam McDonnell’s tight-angled shot was crucially blocked by Daly.

On 72 minutes the visitors doubled their lead from what seemed a promising chance for the hosts, a free kick on the edge of the area. McDonnell’s strike hit the wall and from that Solihull countered and Blissett was played in on goal to delicately poke it past Mannion.

And in added time the Moors sealed the win. A long bouncing ball was played to Blissett, he bravely challenged for the ball with the outrushing Mannion, both players clashed heads but it was the striker who got a vital touch to it as it slowly rolled into the empty net to send a dedicated, gutsy, effective Moors side to the top of the table. 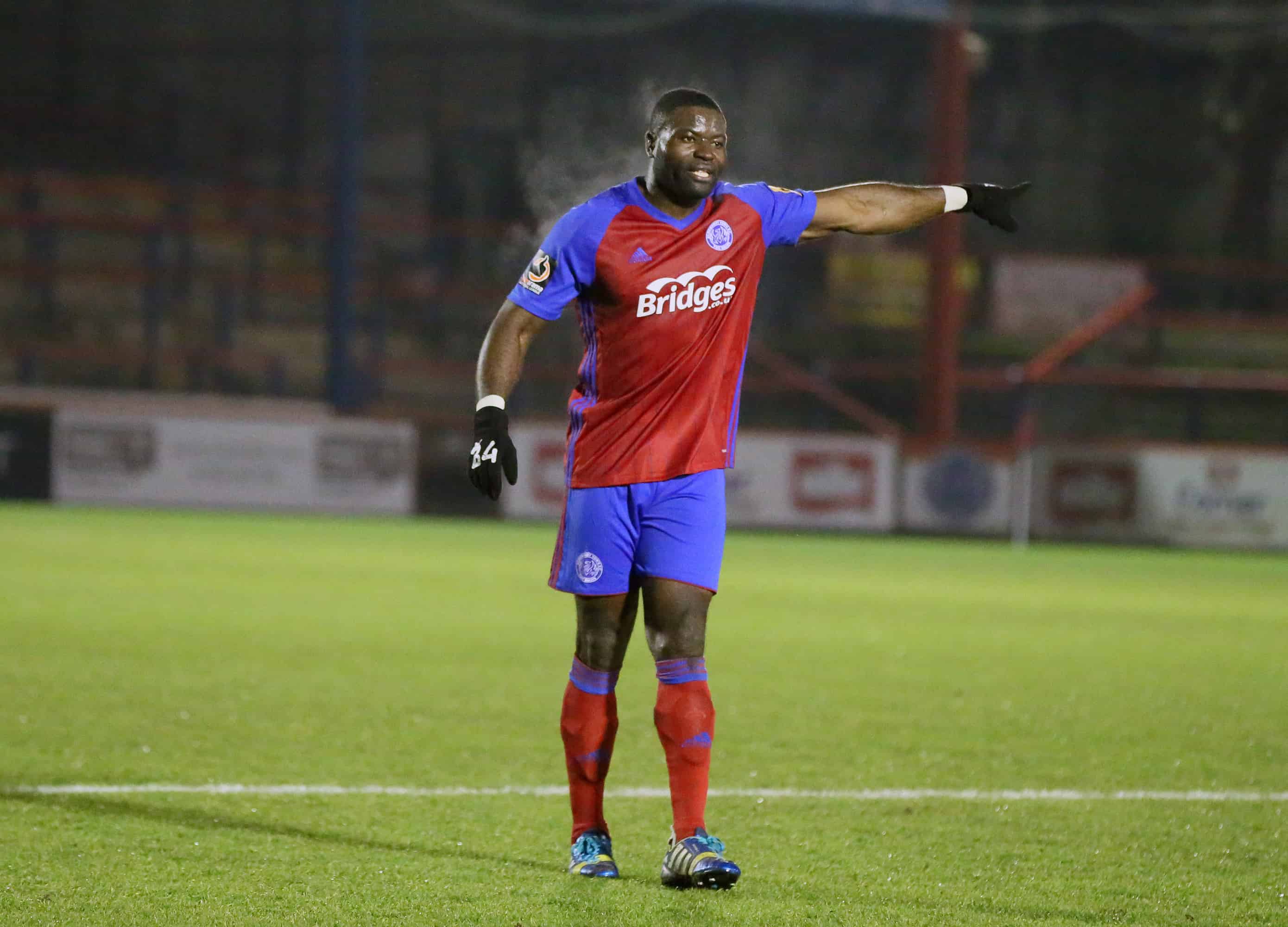 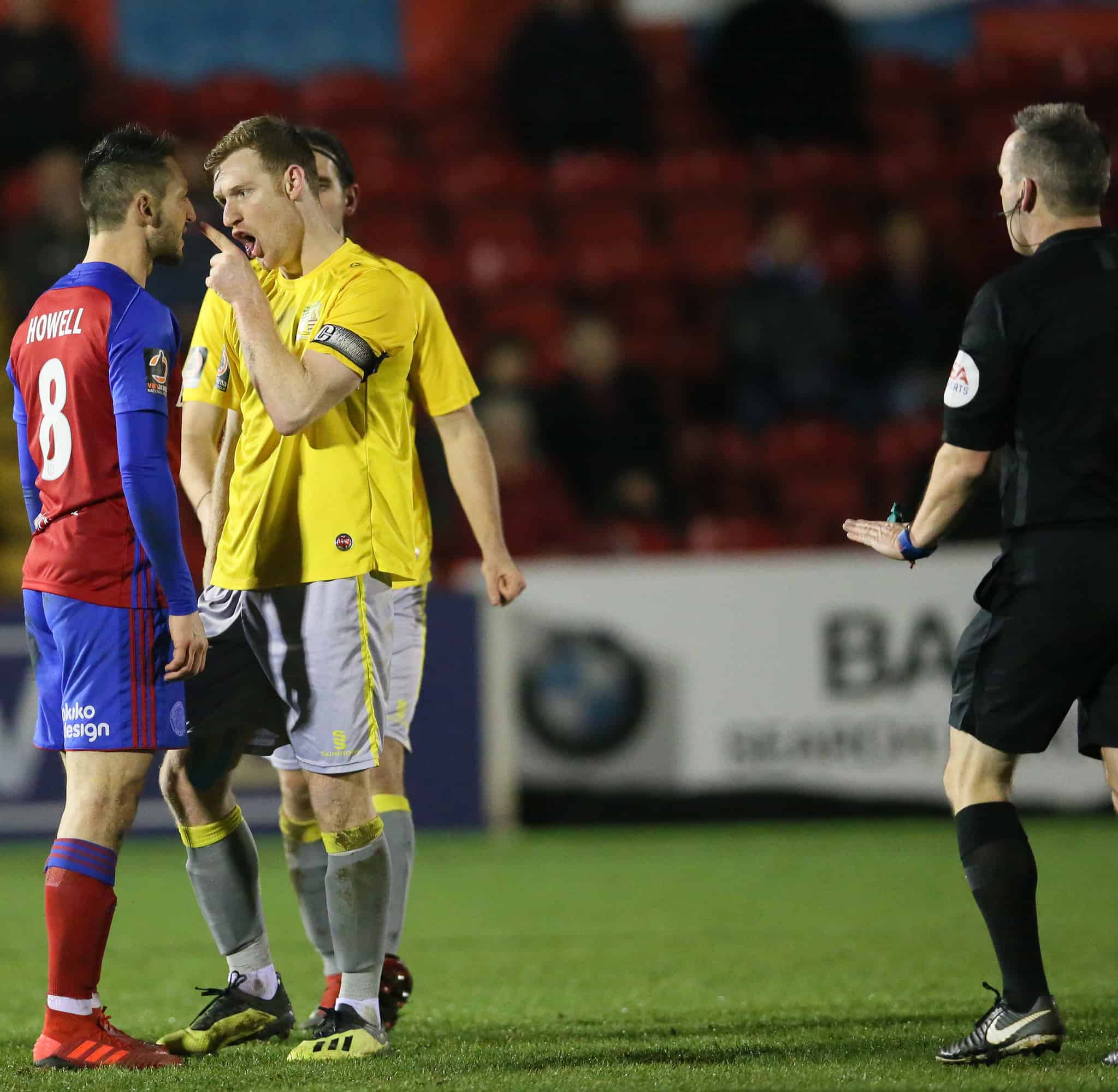 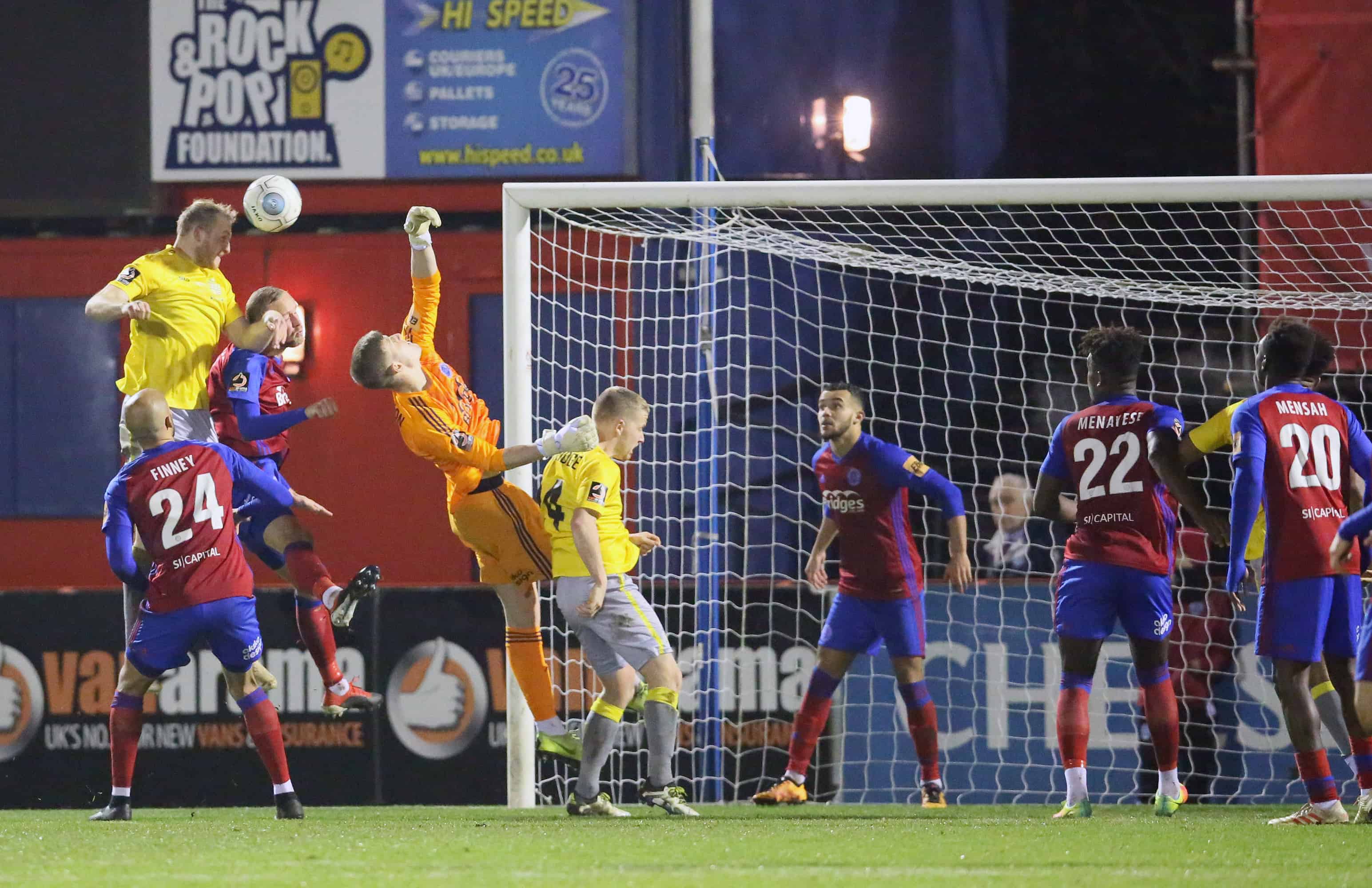 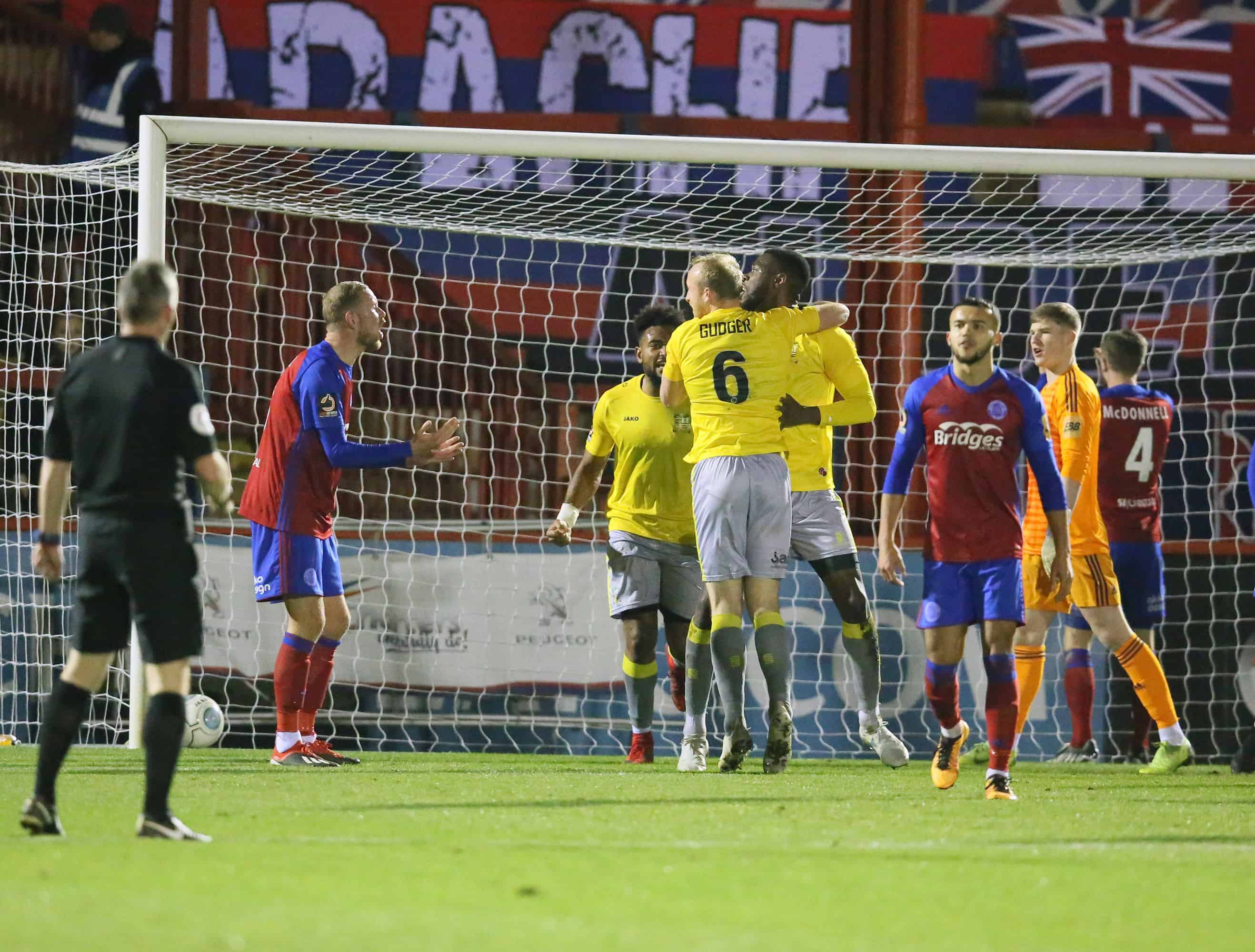 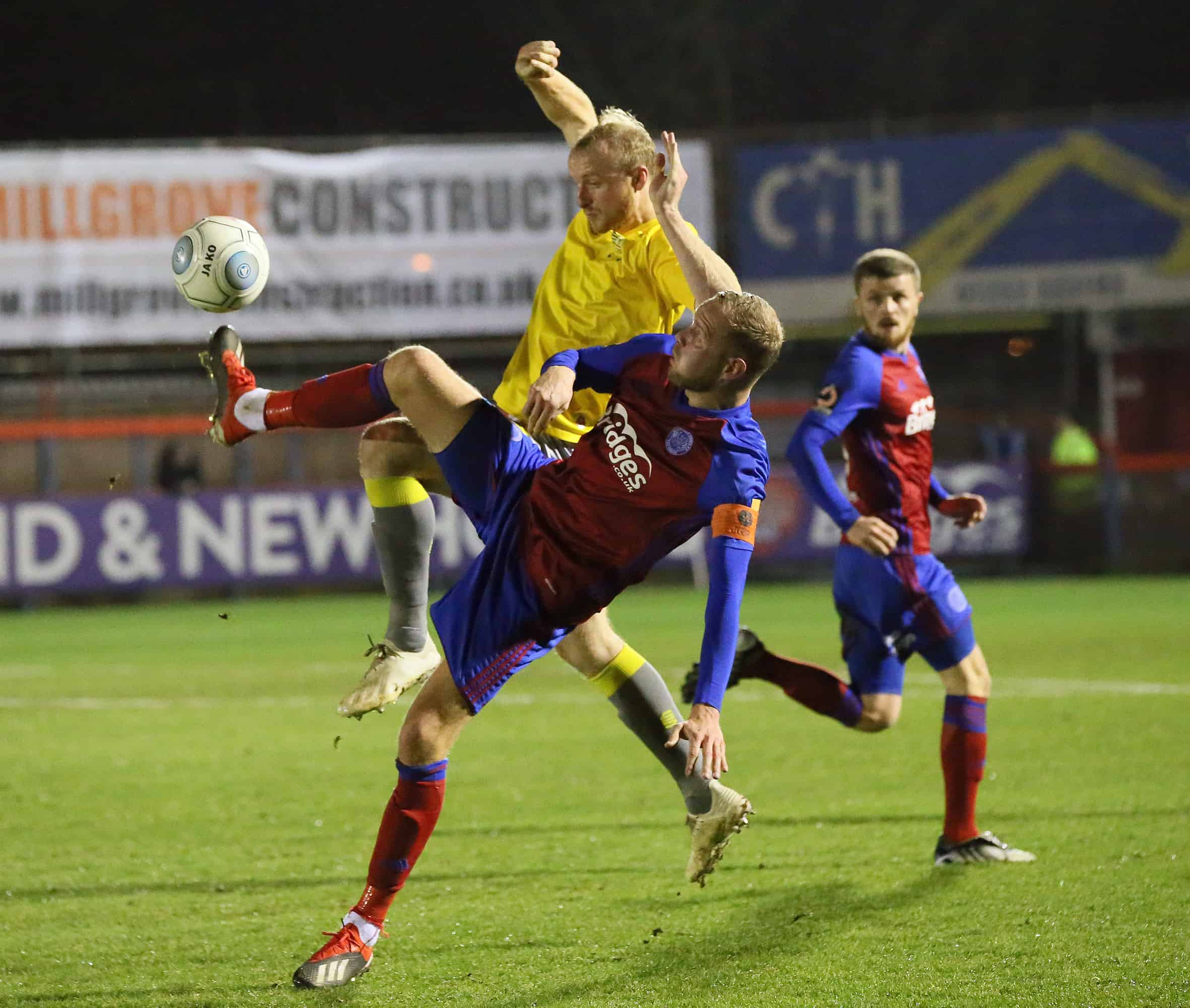 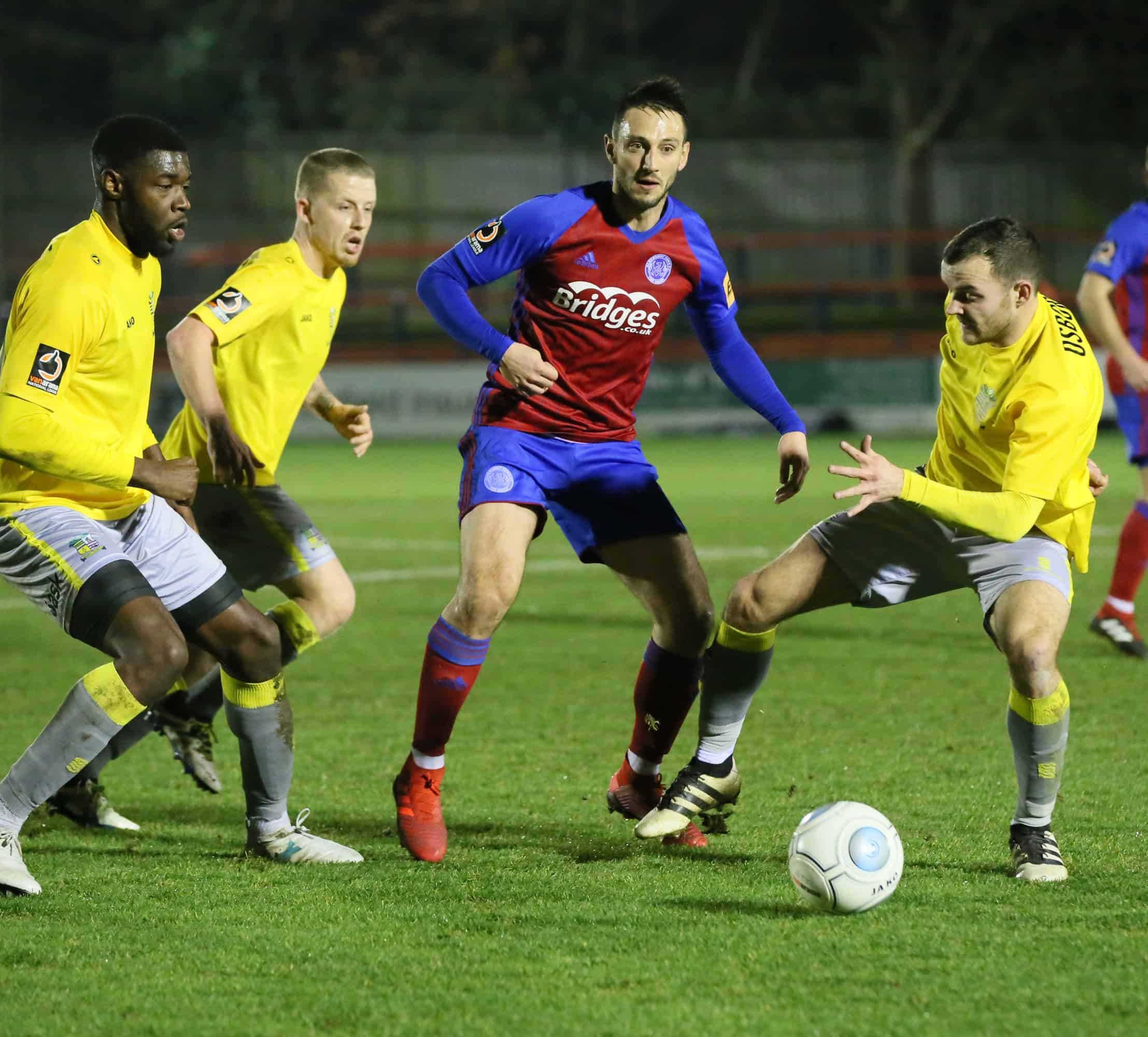 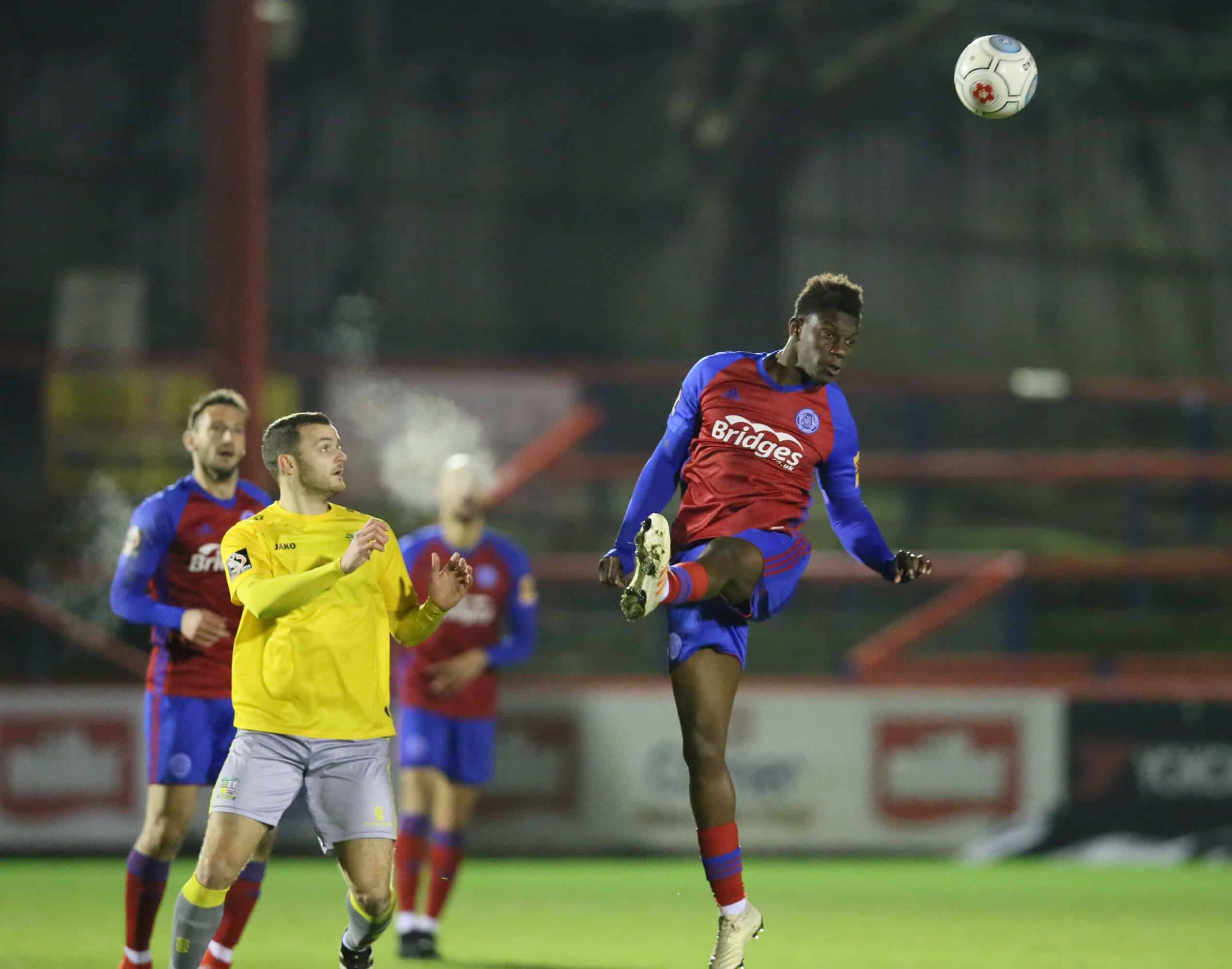 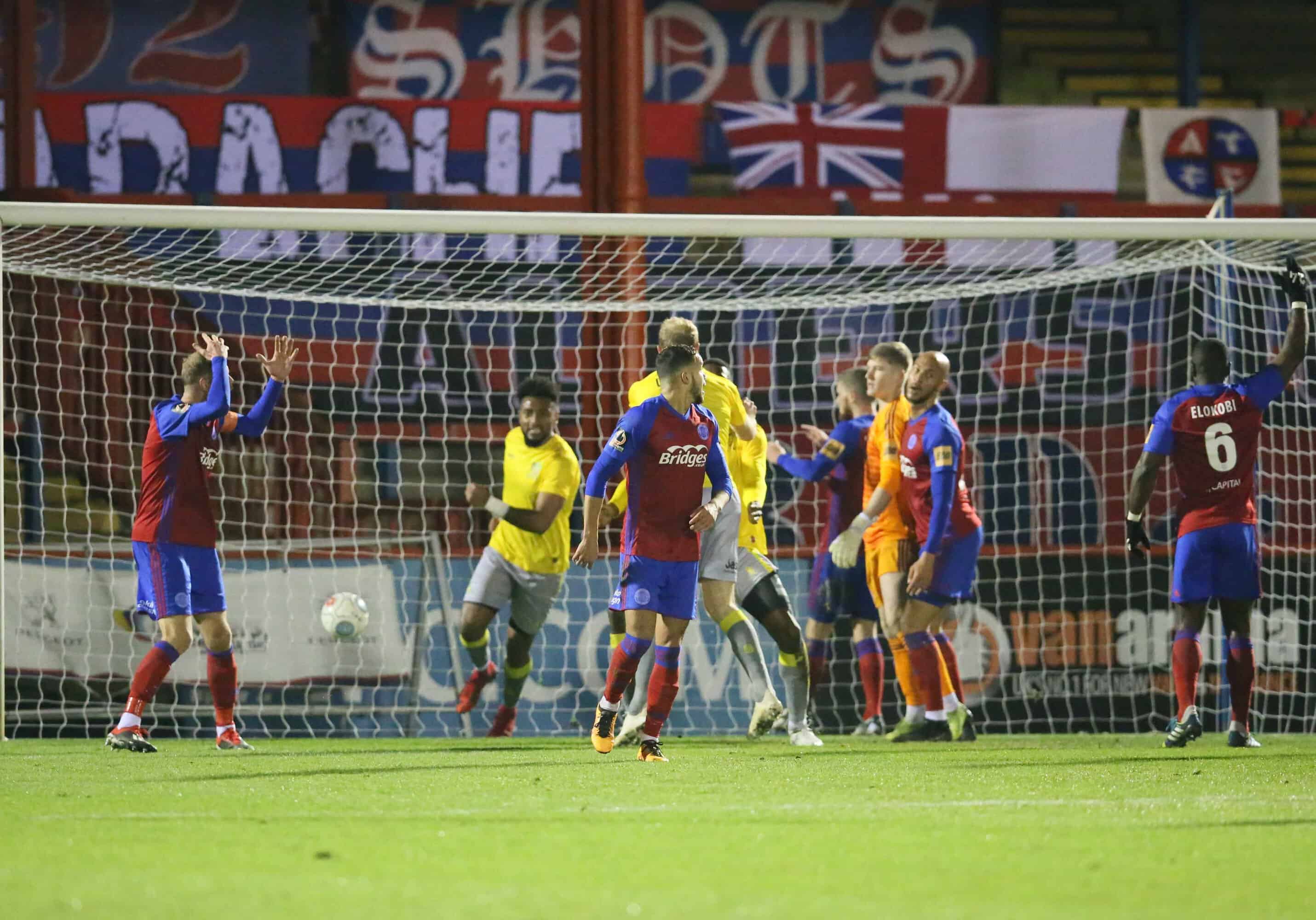 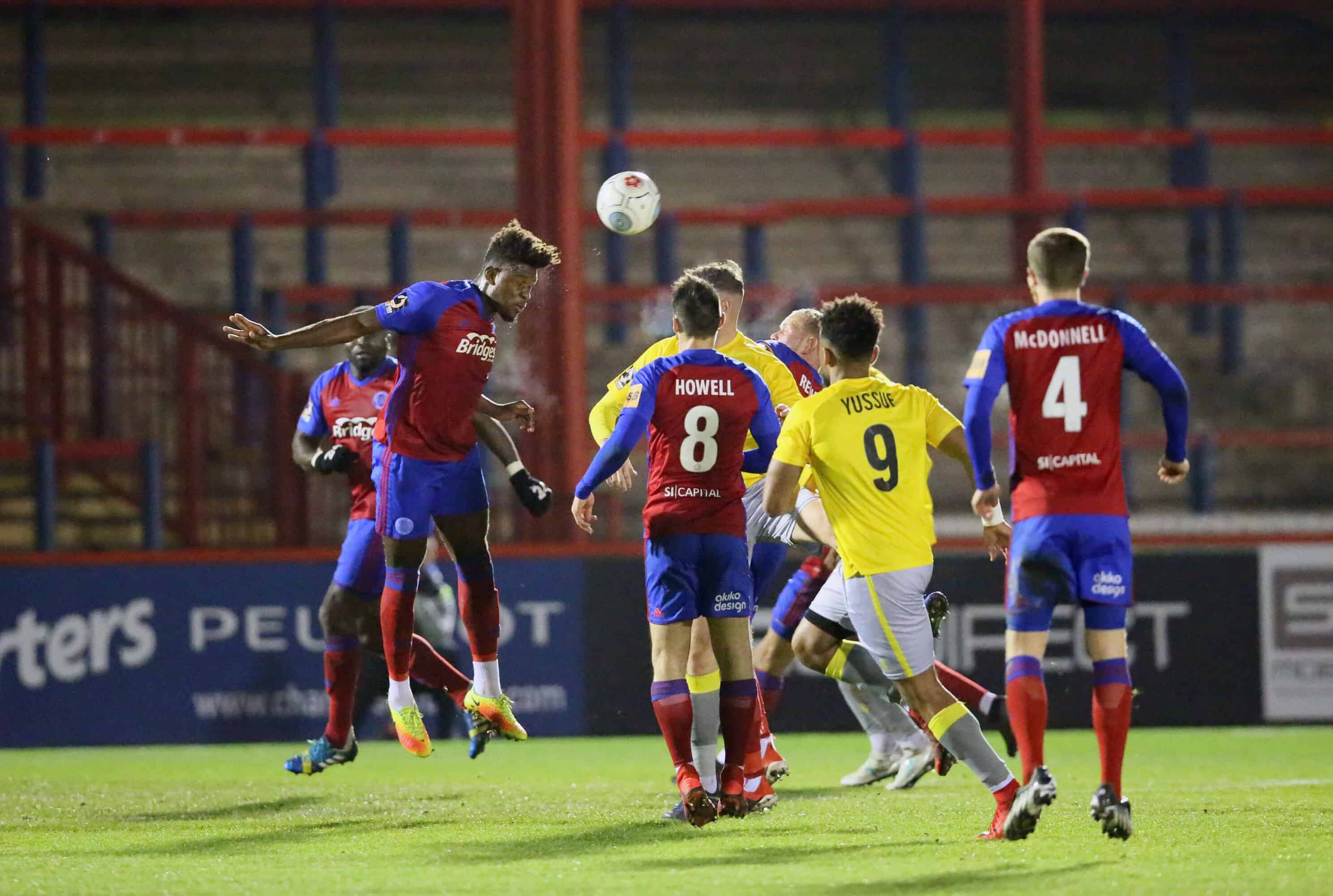 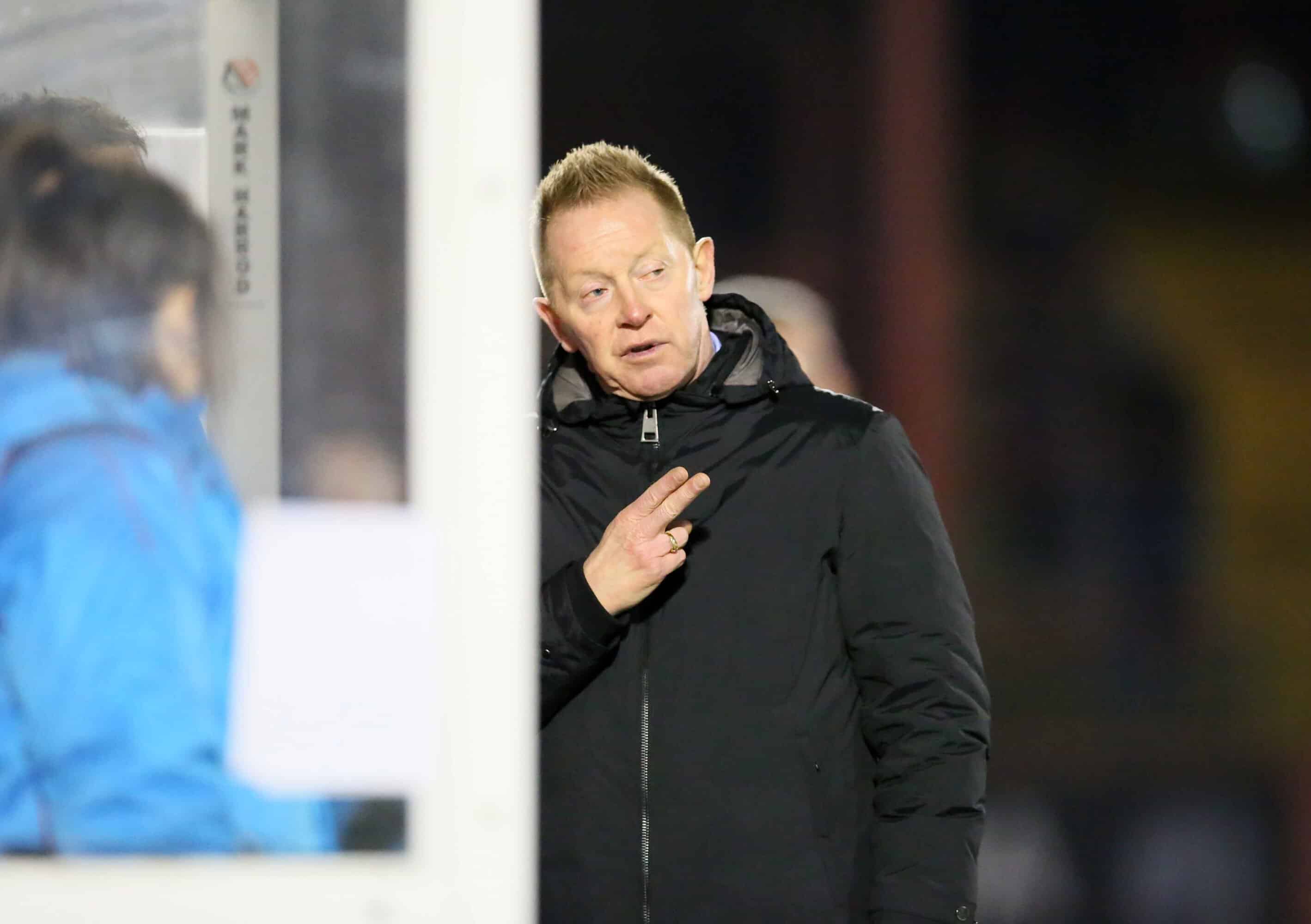 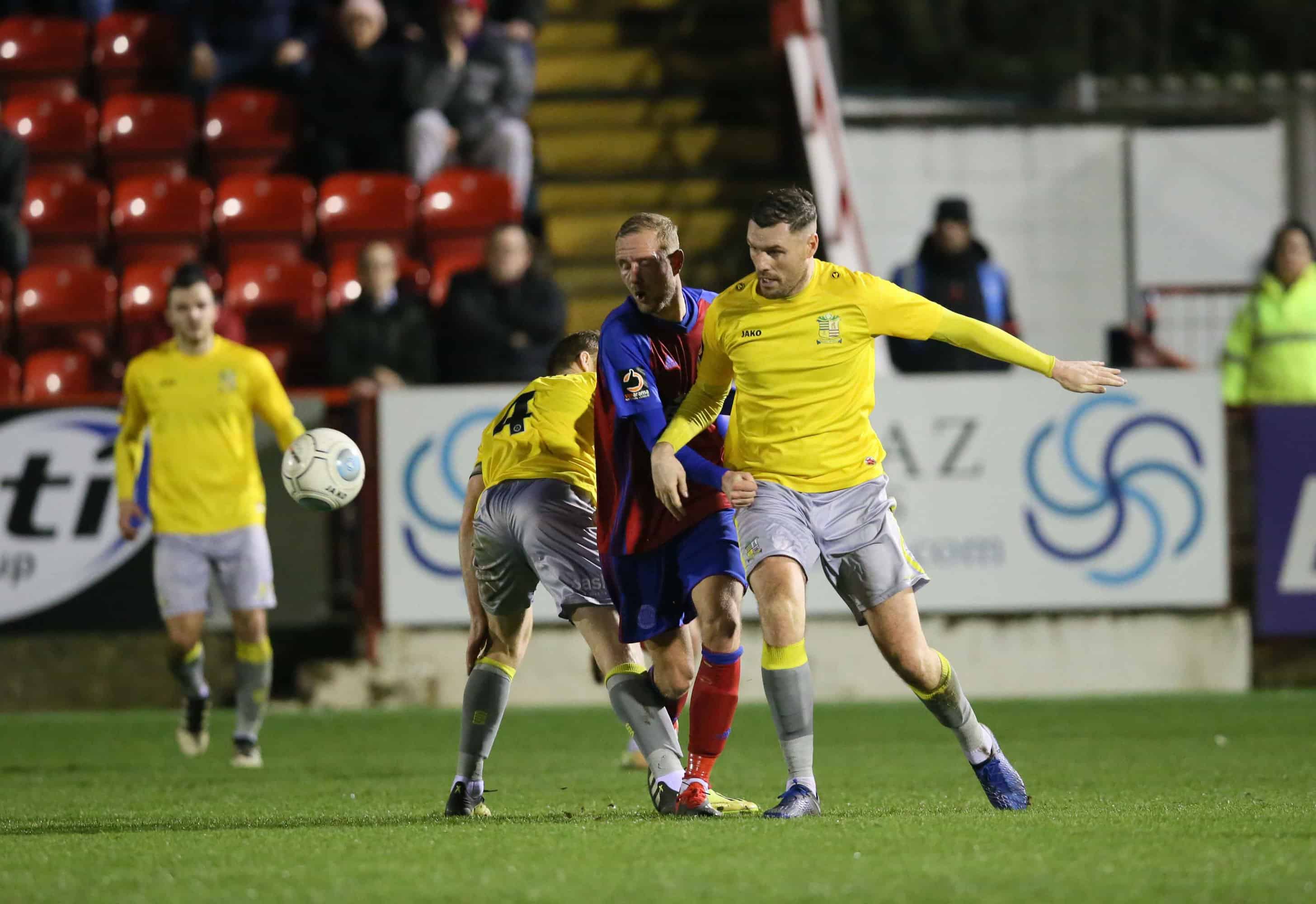