Aldershot suffered a sixth successive home defeat after a frustrating 0-1 defeat to Salford City in the Vanarama National League.

Despite a resilient second half display, the Shots were unable to capitalise on their possession, creating very few chances. Adam McDonnell was also sent off late on for a second bookable offence.

Salford’s first half goal from January signing Devonte Redmond was enough to seal the three points for the away side who will be hoping to carry on their good form into the final games of the season.

It was a tight start to the match with the wind clearly playing a big role in how both teams were playing.

Despite this, it was Salford City who started the stronger of the two sides, with the first chance of the game going to Louis Maynard in the 10th minute after a cushioned header from Gus Mafuta gave him a great chance from the edge of the box, but his effort sailed over the bar.

The Shots spent the majority of the first half on the back foot, creating very little with Salford City captain Scott Hogan commanding the back line.

Salford nearly opened the scoring in the 25th minute when Ibou Touray delivered a curling ball in the box, which was met by Shots defender Rollin Menayese, but his header went backwards and looped over Jake Cole and was heading for the back of net but thanks to a brilliant acrobatic goal line clearance from George Elokobi it remained all square.

The first big chance of the game for the Shots came in the 40th minute when Hogan made an uncharacteristic error, leaving Jacob Berkeley-Agyepong through on goal, who was unable to get his shot past Salford keeper Chris Neal, who stood tall to keep the striker out.

It didn’t take long before the more clinical side, took advantage of their chances. On the cusp of half time January signing Redmond scored his first goal for the club a with a composed low driven shot past Cole.

The Shots improved vastly in the second half and thought they had equalised after Adam Mcdonnell precise finish in the 63rd minute but it was correctly ruled offside.

Salford began to sit deeper, allowing the Shots to dominate possession but they were still unable to create many clear-cut chances.

The hosts best chance of the second half came from an unbelievable free kick from John Goddard whose curling effort was destined for the top corner, if it wasn’t for Neal who was on hand to expertly save the effort.

McDonnell was then sent off on 89 minutes, picking up a second yellow card for a shirt pull on Scott Wiseman, thwarting a Salford City counter-attack.

As the match headed into stoppage time, the Shots began to pile the pressure on, delivering dangerous balls into the box but Salford defended resolutely not allowing the hosts to have any clear opportunities.

Aldershot will be looking to bounce back in their next fixture which sees them playing away against Boreham Wood next Saturday. 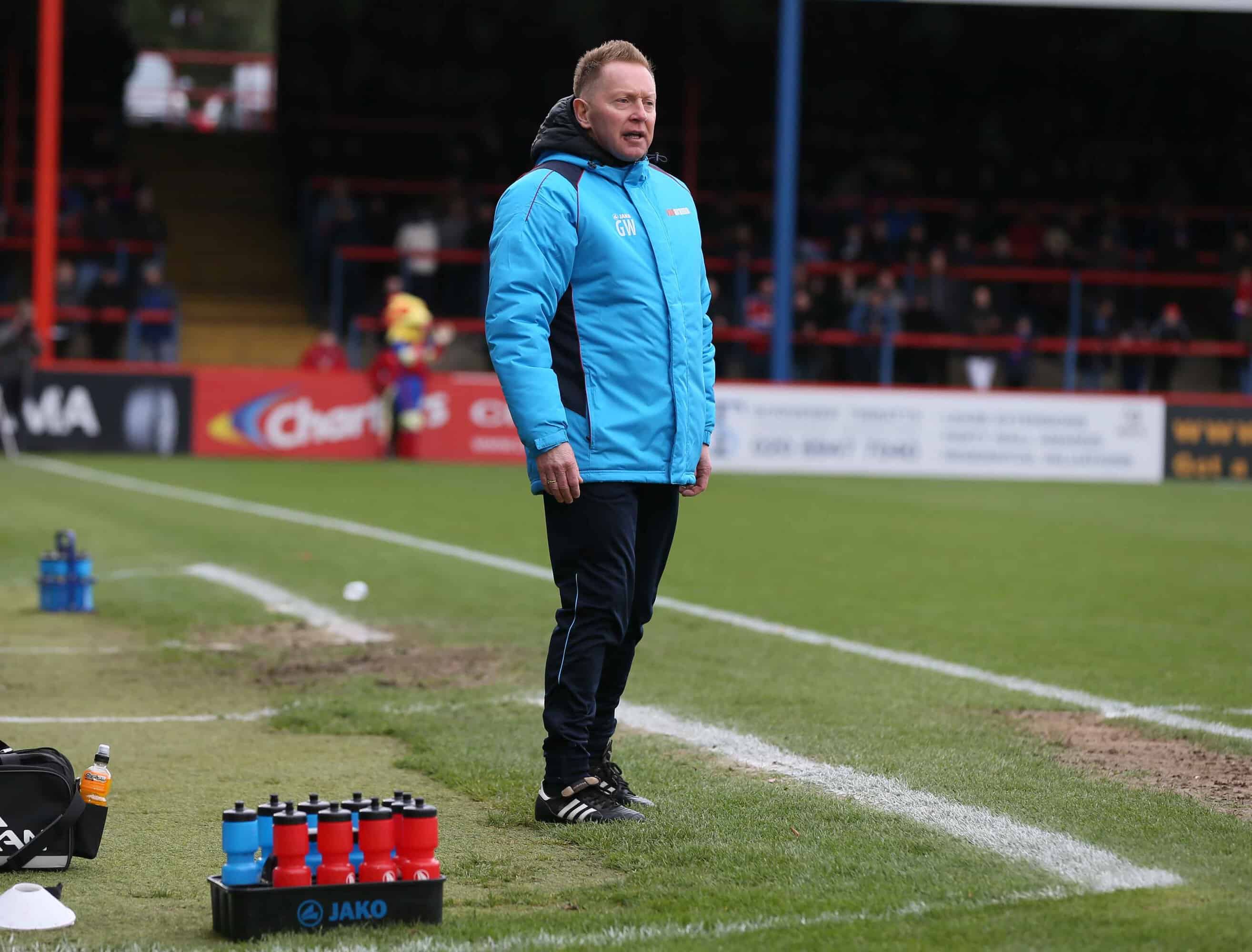 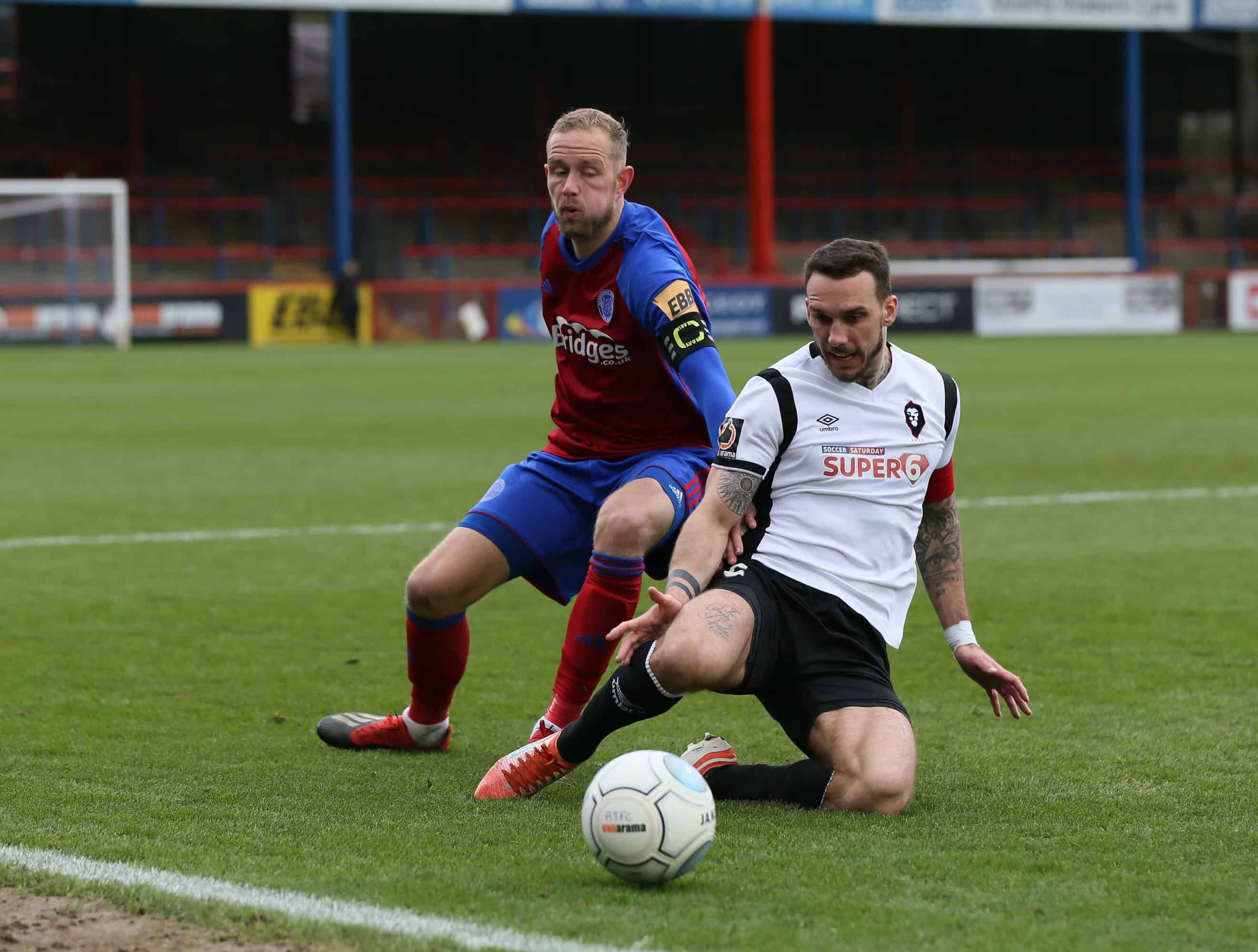 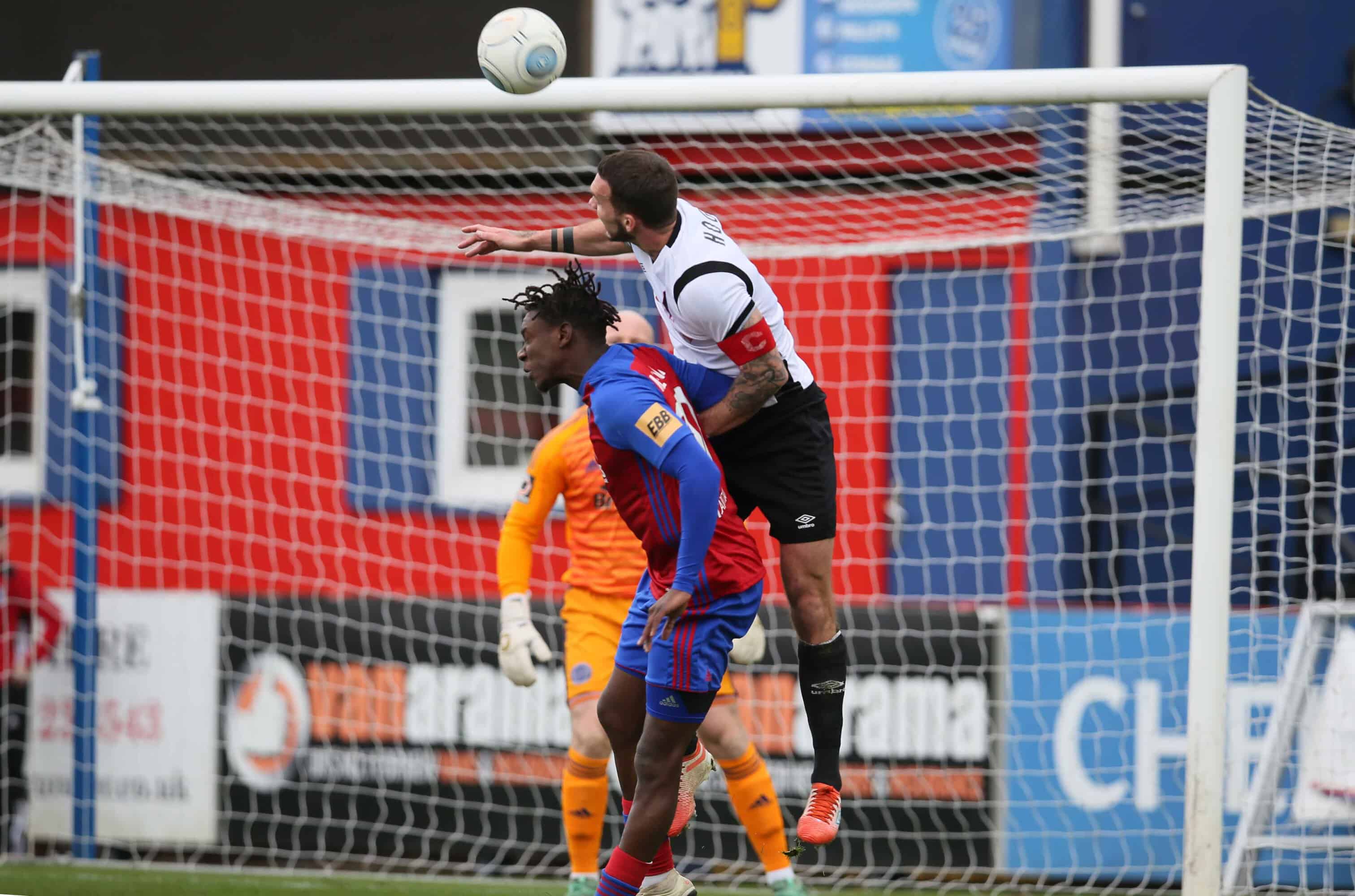 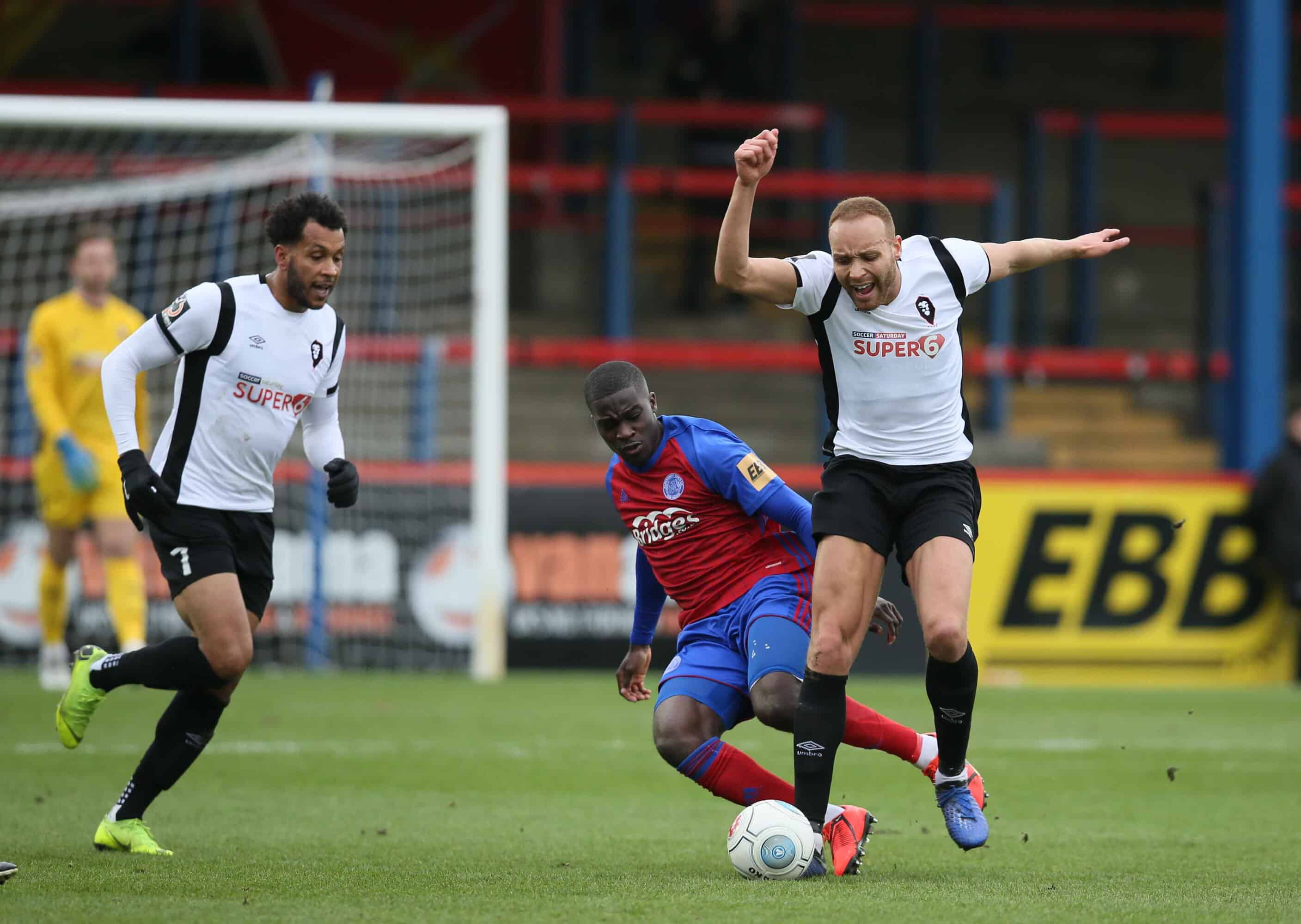 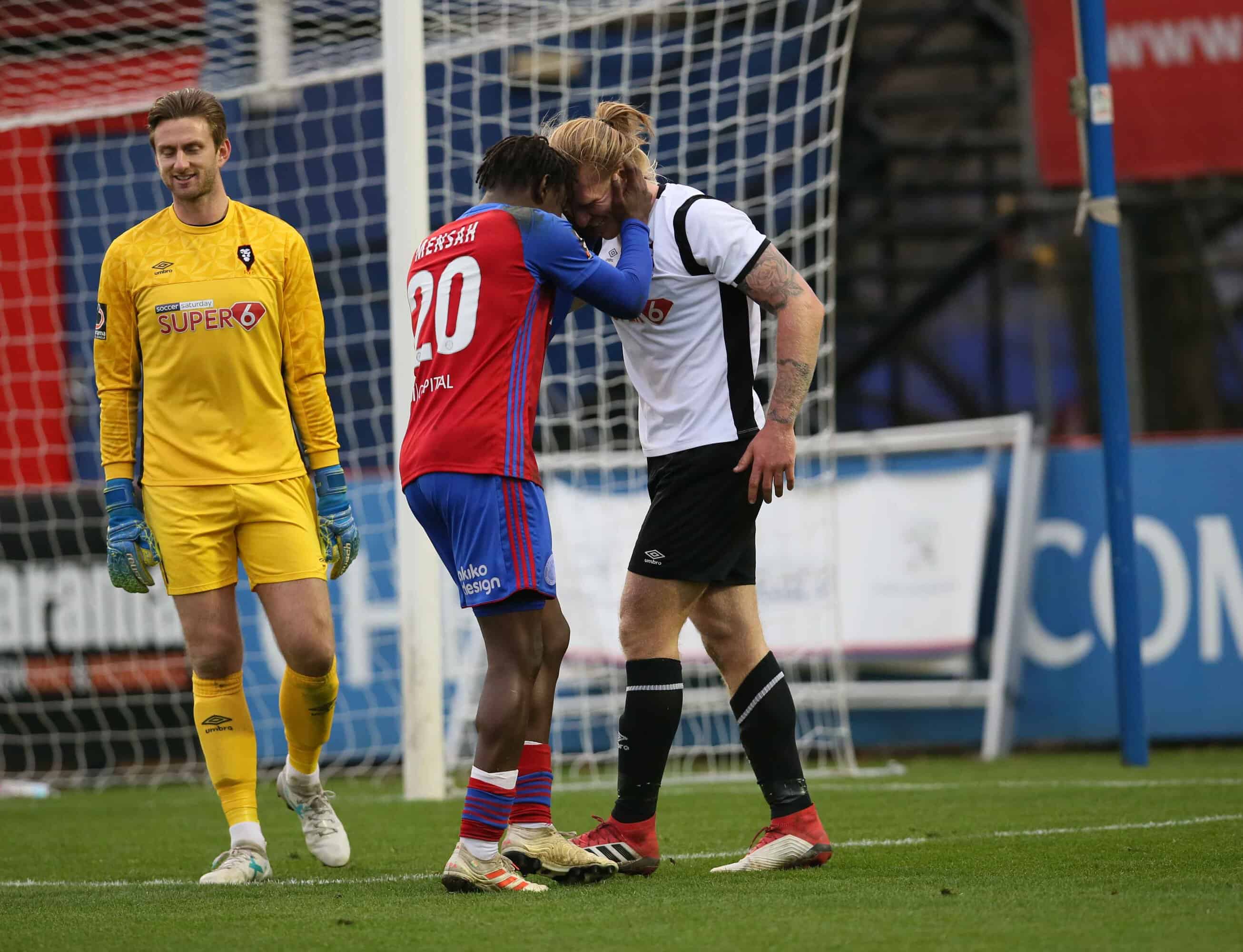 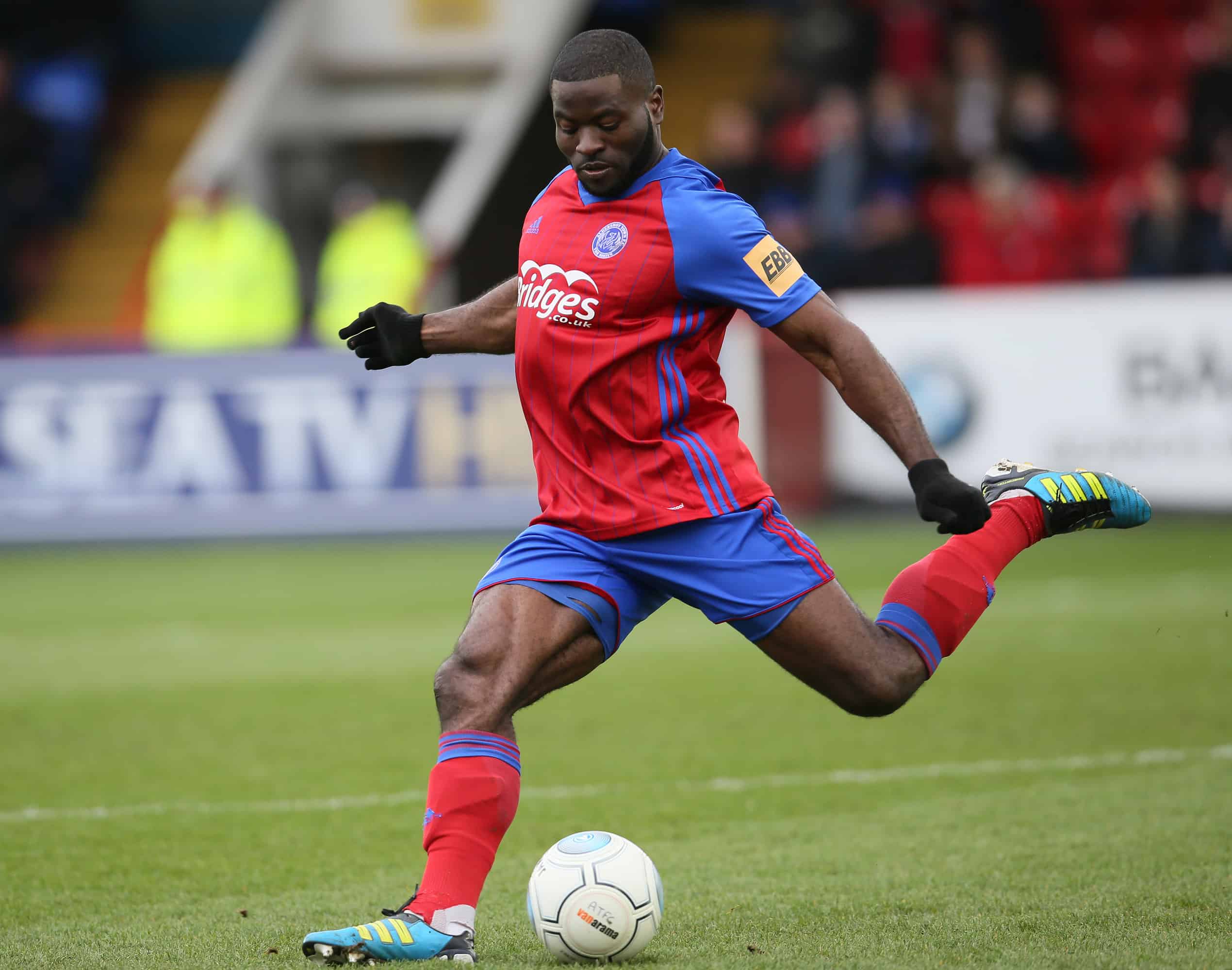 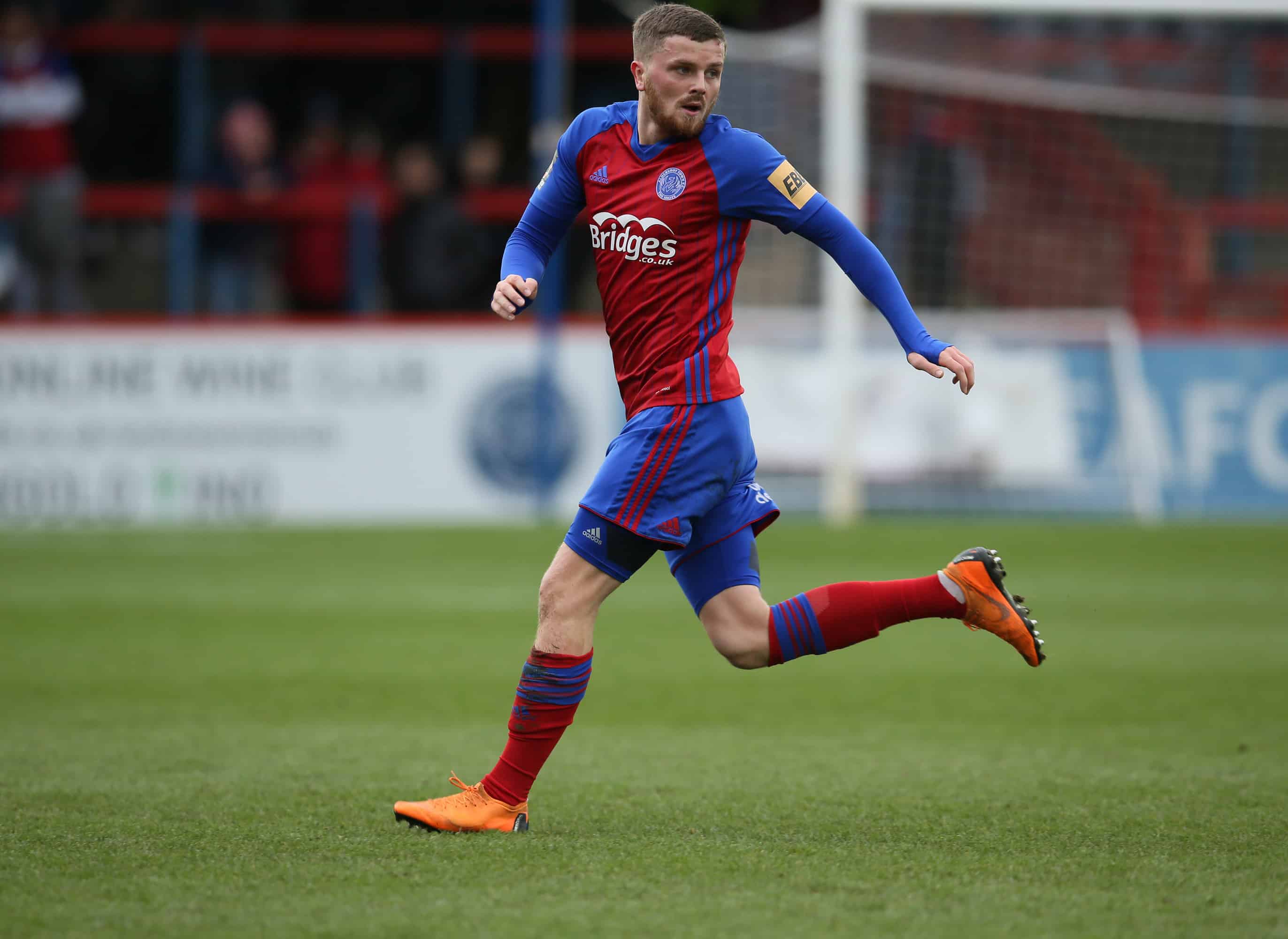 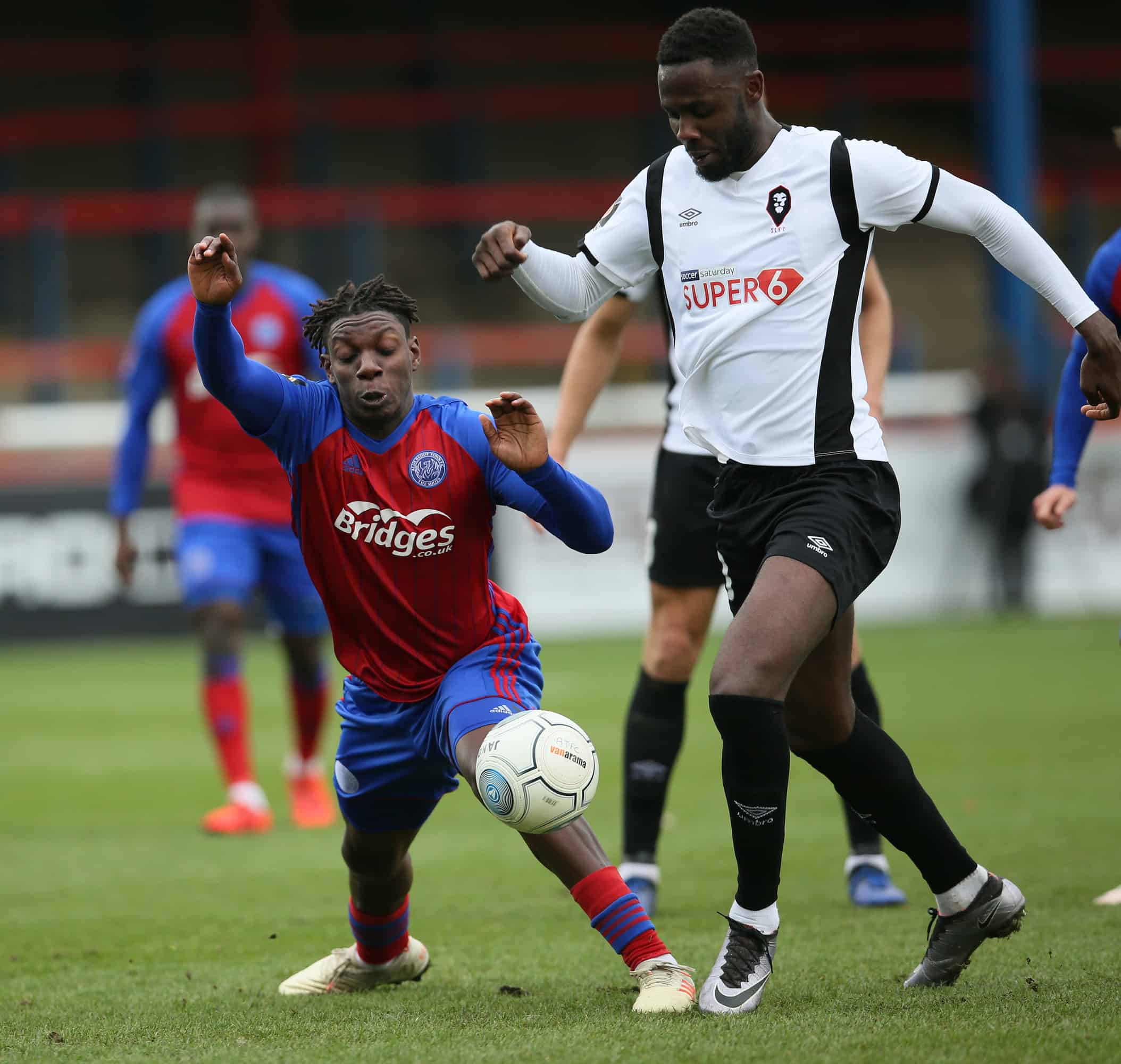 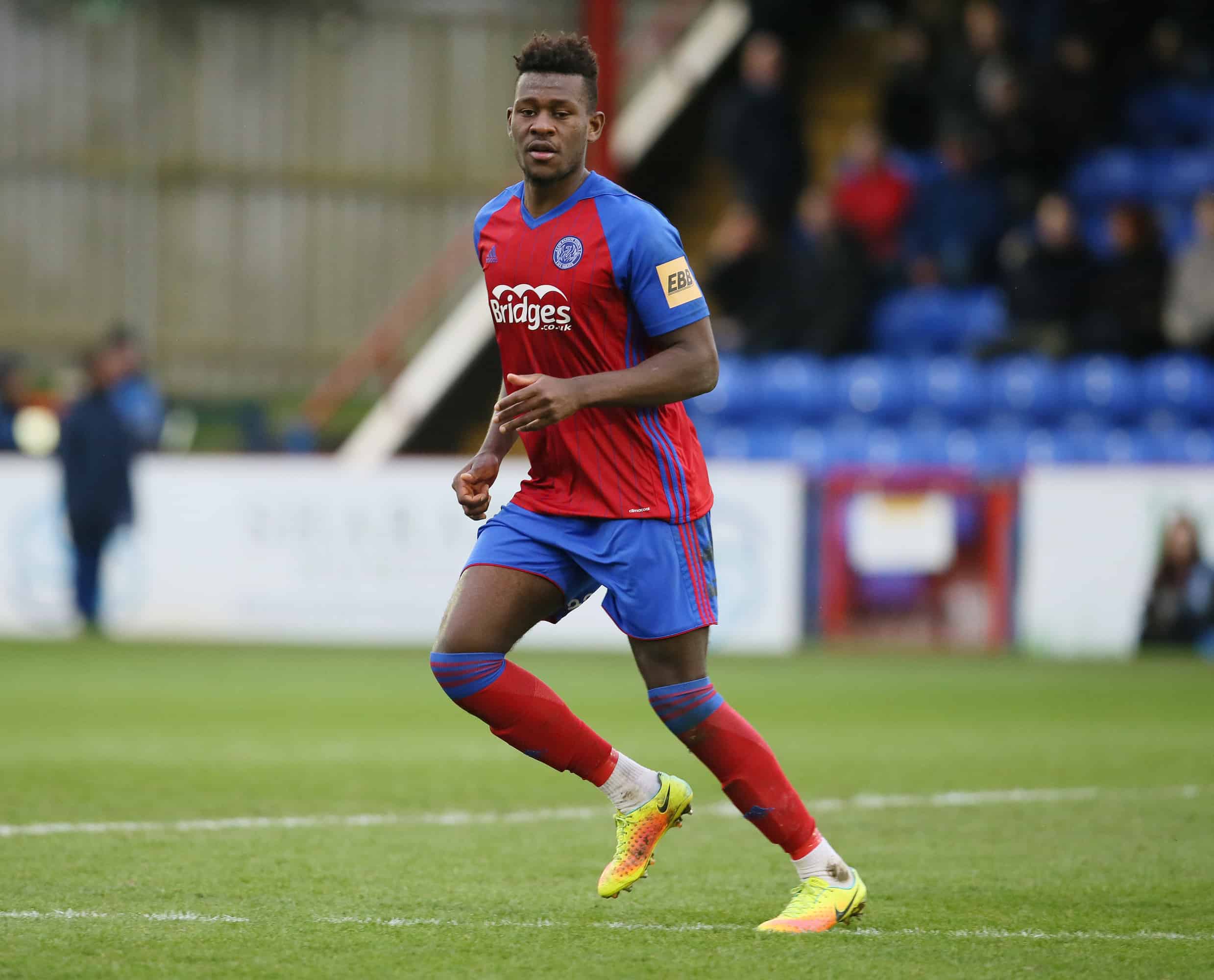 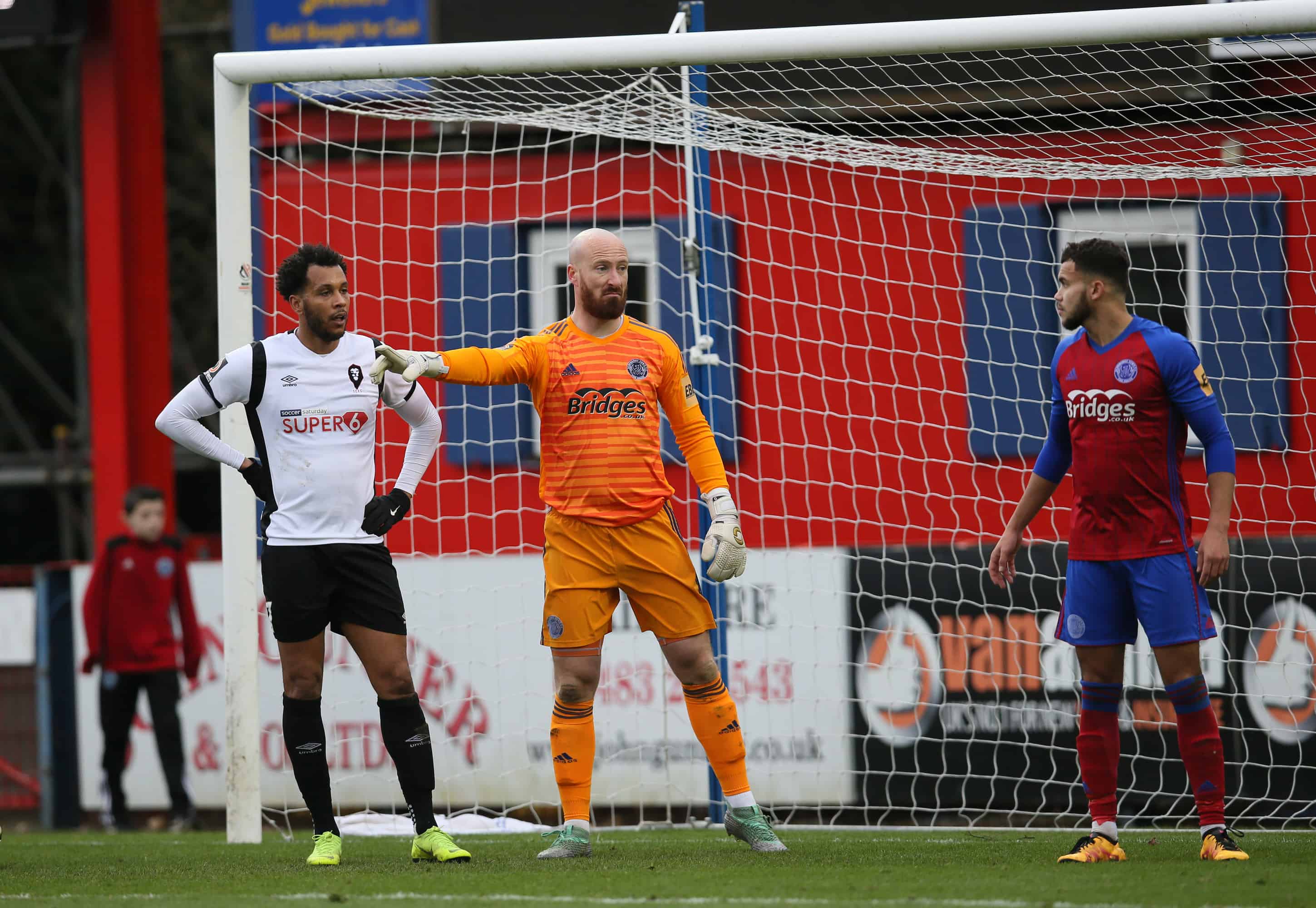