Aldershot Town celebrated the work and sacrifices of Britain’s armed forces and emergency services at the annual Forces and Services Golf Day on Thursday.

Aldershot Town are grateful to Central Heating Services and Srixon Golf for their assistance in the sponsorship and organisation of the day.

The Queen’s Own Gurkha Logistic Regiment, based in Aldershot and lead by the Garrison’s Chief of Staff, Major Rudra Khadka, dominated the leader board, winning both the team and individual competitions, with the London Fire Service in second place.

Also participating were two veterans who lost limbs on tours of Afghanistan: Camberley’s Jay Baldwin, representing 1Bn Princess of Wales Royal Regiment and playing one of his first rounds of golf since February’s pioneering surgery to fit permanent implants on which to attach his two prosthetic legs; and Paul Swain, who now represents military sporting charity Battle Back Golf.

“It’s been a great day – I’ve really enjoyed it and it’s good to see so many regiments and services attending. I was happy with my front nine holes but on the back nine I was very lazy and switched off a little bit,” explained Baldwin matter-of-factly. “Before I was blown up I used to play four or five times a week but this is only my second round in eight months. Walking is a daily challenge for me, but I don’t really see it as a challenge anymore. There are some guys who cannot walk at all, so I just need to get out there and be the best I can. I want to be better at everything I do, and that includes playing golf.

“The Friends of the PWRR paid for my surgery when nobody else was going to, so for me it’s a question of what I can give back to them,” continued Baldwin, whose other fundraising activities include abseiling down Portsmouth’s Spinnaker Tower, a charity golf day of his own, and, in September, hand-cycling 3500 miles across America in 14 days. “I’ll do anything I can to help the Friends of the PWRR raise money.”

“These are always fantastic days, we’re very fortunate” agreed SSgt Swain, who lost his left arm in an IED explosion in 2011, “and I played pretty well. We’re so fortunate to have days like these, and it’s meant everything to me since I was injured. The support for injured serviceman has grown so much in the last few years and I’m very grateful that the public are there to help us, because we do need life-long support.

“I was a regular golfer when I was younger, and then picked it up again when I was introduced to Battle Back Golf. It’s just brilliant, because it brings back confidence, and the socialising and banter that you miss so much from the Army. It was really tough at first and I was going to give the game up,” he remembers of having to relearn the game following his injury, “but Battle Back encouraged me to stick at it, and that’s the beauty of golf, the handicap system makes it a level playing field.”

“We’re delighted to be able to support this great event,” explained Shahid Azeem. “We owe so much to our armed forces and emergency services, especially in Aldershot, and this day helps to give something back. I’m by no means the greatest golfer, but people like Jay and Paul put us all to shame with their commitment and spirit. It is a pleasure to be part of their day.” 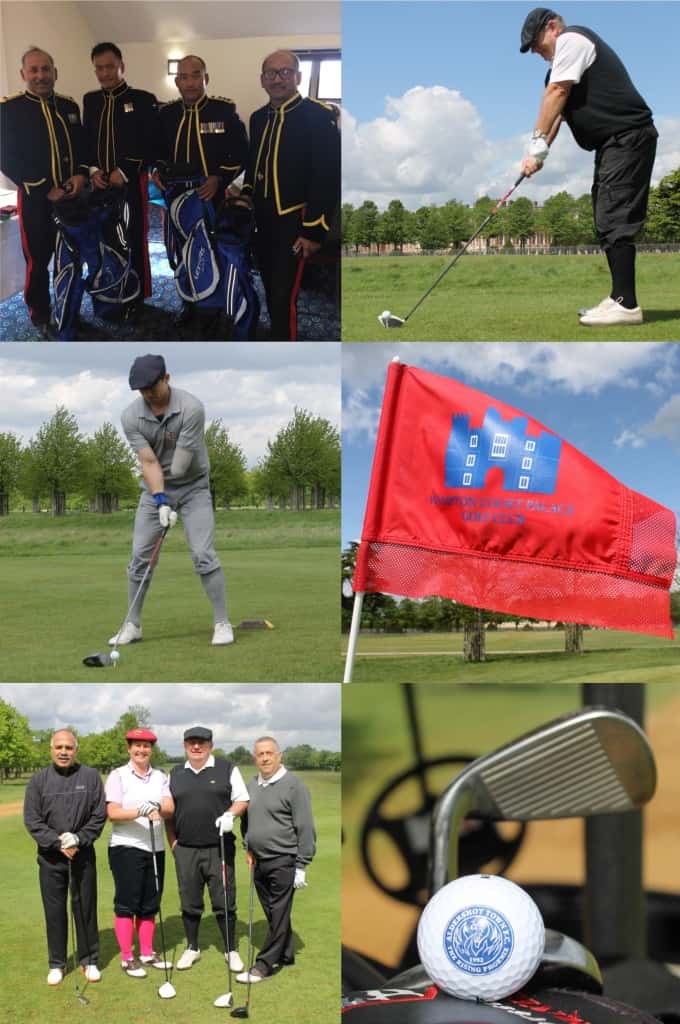