The 29 year-old scored 49 goals in 83 appearances during his first two seasons with The Cards, but suffered an anterior knee ligament injury in the first game of 2015-16, which kept him out for the entire season.

Rendell was initially a member of the Aldershot Town youth team, and became the Club’s youngest ever goalscorer in August 2003. He later played 13 matches for The Shots in a loan spell from Reading between February and April 2005, at the beginning of a career which has seen him score over 150 goals in just over 400 games.

Scott has played in the Football League with Peterborough United, Torquay United, Wycombe Wanderers and Oxford United, and won promotion to League One with both The Posh and The Chairboys. His 26 goals won three Player of the Year awards with Woking in 2014-15, adding to his 23 scored during 2013-14.

“I’m really pleased that we’ve been able to bring Scott to the Club,” said Gary Waddock. “He’s a proven goalscorer – that’s the key, and it’s a big signing for us. I was disappointed for him last year, but he’s now ready and raring to go. He’s fit and well, but we’ll manage him. We’ll put him in when we feel the time is right but he’s strong and has had a thorough medical with us. I’m pleased to be reunited with him and hopefully he can win games for us.”

“It was a tough year for me, rehab wise, but I’m feeling good and it’s time to look forward now,” said Scott. “I had a great couple of years at Woking, and loved it there, but this is a new challenge for me. Gary knows how I work and he probably brought the best out of me at Wycombe – we spent one full season together and we got promoted, so it would be fantastic if we could replicate that! But I am just looking for a positive start to the season, and I feel that Gary can really help me with that.

“I’ve scored goals pretty much everywhere I’ve been, and I’m champing at the bit to get back out there. I know what I’m good at and I’ve got no doubts that the goals will keep coming this year. It’s what I love to do, I’ve worked really hard last year and I’ve really missed playing. That has relit the fire in me and I can’t wait to start playing games again.” 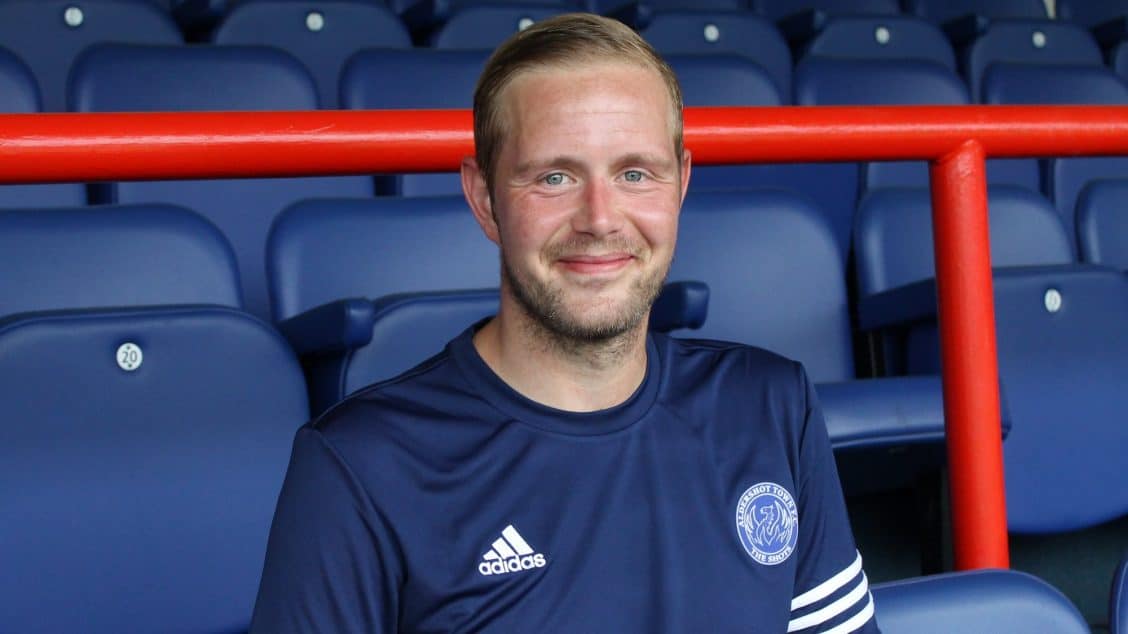