Gary Waddock and Shahid Azeem were part of a delegation which unveiled the new High Street Railway Bridge on Friday.

The bridge, painted red and blue in honour of both The Shots and the town’s historic military garrison, is part of Network Rail’s Railway Upgrade Plan, to ensure the long-term reliability of its infrastructure for passengers.

Work is due to be completed this Friday, 8 July, 11 months after work began and approximately 6 months earlier than the standard timeframe for installing a new rail bridge.

Mark Evans, Asset Engineer at Network Rail, said: “Not only is this great news for rail passengers, but this is fantastic for the local community as well. I’m thrilled that Network Rail has been able to work with the garrison, football club and council to give the people of Aldershot a better railway and at the same time recognise its proud history. I’d also like to thank passengers and the community for their patience while we have carried out our upgrade works.”

Lt. Col. MacGregor, Commander of Aldershot Garrison, said: “Aldershot has been ‘Home of the British Army’ since 1854, so Network Rail’s decision to design the bridge in the colours of the Army and the town’s football team is recognition indeed of the strong bond that continues to this day between the Town and its military. Represented here today we have Network Rail, the Army, Aldershot F.C. and Rushmoor Borough Council, so it would appear the bridge is already serving its purpose; improving connections between communities.”

Shots Chairman Shahid Azeem said: “We were delighted to be asked to participate in the renovation of this fine old Aldershot landmark, and are thrilled with its bright new look. Our congratulations go to everybody involved. Red and blue are the colours of the British Army, the town of Aldershot, and this football club, and we are proud to share them with this fine modern structure as we both embark upon a new era.”

Sir Gerald Howarth MP, Member of Parliament for Aldershot said, “I welcome Network Rail’s completion of the new bridge in Aldershot. Our rail infrastructure is of crucial importance to ensure that commuters in my constituency can get to work on time. I applaud their decision to paint the bridge in blue and red in support of the Aldershot Garrison and Aldershot Town Football Club which both play key roles in the life of the town. It is also right that, in the 100th anniversary year of the Battle of the Somme, we continue to remember our armed forces who gave their lives for our freedom and continue to protect us.”

Councillor David Clifford, Leader of Rushmoor Borough Council, said: “We’re pleased that the work is nearing completion. The new bridge is looking very smart and it’s great that Network Rail has chosen to reflect Aldershot’s proud history as home of the British Army and the football club at the heart of our community.”

Network Rail owns, manages and develops the 20,000 miles of track, 40,000 bridges and viaducts and thousands of signals, level crossings and stations which make up Britain’s railway system. In partnership with train operators, they help people take more than 1.65bn journeys by rail every year and move hundreds of millions of tonnes of freight, saving almost 8m lorry journeys. They employ 36,000 people across Britain and work round-the-clock, each and every day, to provide a safe, reliable railway.

The Railway Upgrade Plan is Network Rail’s investment plan for Britain’s railways. It makes up two-thirds of Network Rail’s £40bn spending priorities for the five years to 2019 and represents the biggest sustained programme of rail modernisation since the Victoria era. With passenger numbers having doubled in the past 20 years, and looking set to double again over the next 25 years, it is designed to provide more capacity, relieve crowding and respond to the tremendous growth Britain’s railways continue to experience. 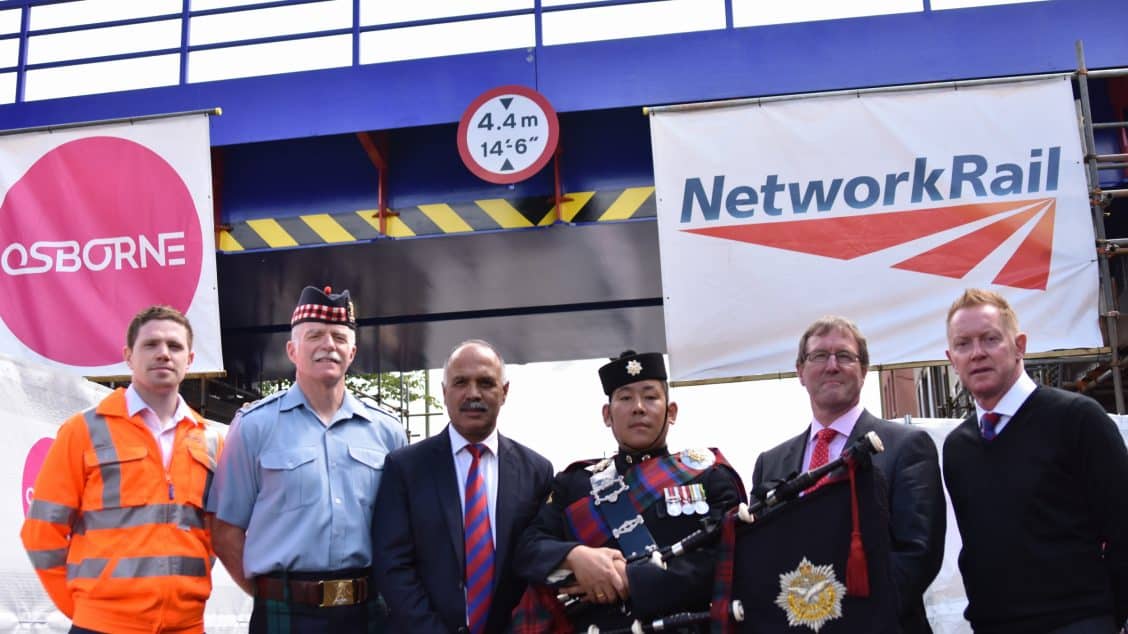