Aldershot Town notify supporters with South Stand tickets for tonight’s FA Cup replay against Portsmouth that some seats may be affected by television gantry supports.

The Club were unaware until Monday that the structure would be in its current position so were unable to pre-warn supporters when tickets went on sale.

This issue was outside of the Club’s control and we regret any inconvenience that this causes. However, the structure is less obtrusive than the television gantry which was constructed in the same position for the League Cup tie against Manchester United in 2011.

While most seats in the stadium are now sold, Community Stand tickets are still available – supporters wishing to transfer their seat should contact the Club office on 01252 320211. 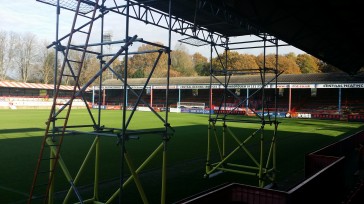 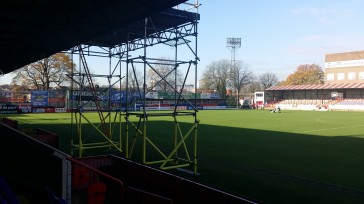