Aldershot Town’s hugely successful PlayerShare Fund made its final donation to the Club yesterday, taking the total raised to almost £150,000 in eight years.

Current committee members Keith Able, Ian Dawkins and Nick Fryer (pictured below) presented the cheque, for over £7,700, to Gary Waddock at the end of a scheme which has helped The Shots sign many key players.

“We are proud of the contribution that Player Share has made to Aldershot Town Football Club, and the quality of the players that our fundraising has enabled the Club to sign. From our very first player, Jonny Dixon, right through to Jake Gallagher, they have been exciting and vital players. Now we hope this final donation will assist Gary Waddock in building an even more successful future.

“We have to thank everybody who has assisted us with Player Share, including all supporters who have taken part in our events and prize draws, and particularly all of our former colleagues who have worked so tirelessly on the Committee. We are hugely grateful to them.”

“I know the impact that Player Share has had on the Club in the past and I thank Nick, Ian and Keith for their assistance with this final cheque,” said Gary Waddock. “I really appreciate the work that they have put in on behalf of myself and previous managers, and know that this contribution will be invaluable for me as we build a new squad.”

The new Boost the Budget scheme, run by The Shots Trust, will be launched soon to continue the fantastic work of the Player Share Fund committee. 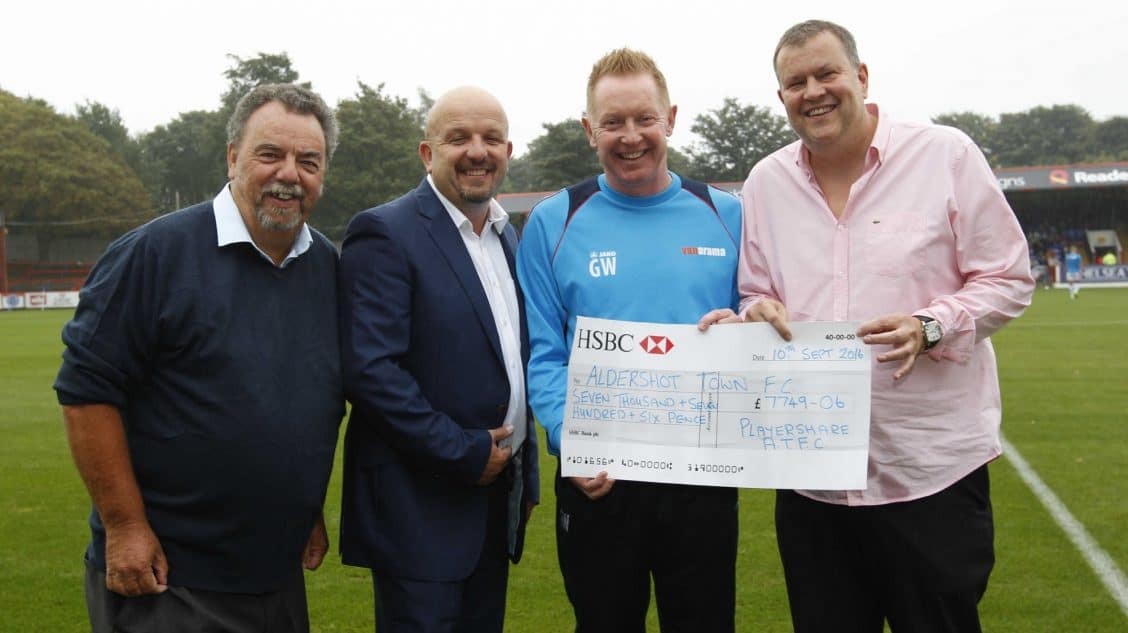