Even as The Shots Under 19s extended their 100% record to nine wins from nine with Wednesday’s 6-0 victory against Woking, coach Paul Dale still wants more.

“We’ve set a target to go unbeaten through the season”, he exhorted of the team that has now scored 37 goals and kept four clean sheets in those nine National League Alliance fixtures. “We have probably dominated most of the games, and even when the games are tight, as against Carshalton Athletic recently, we did dominate the game in the purest footballing sense.

Admitting “I’ve inherited a good bunch of lads who are really receptive and work hard,” Dale is quick to see the bigger picture and the part that the Under 19s play at Aldershot Town. “We’ve tried to put a playing model together that resembles the first-team, and I think it’s important to replicate what the senior side do in case any of the players are lucky enough to be called up. We try to do the same with the Army Under 23 and senior teams, so it’s something I’m very familiar with.”

Dale combines his role with Aldershot Town with duties as Joint-Manager of Isthmian League South Division club Whyteleafe and Head Coach for the British Army Under 23 team. Last season he won the Isthmian League South title as Assistant Manager at Tooting & Mitcham, and has also claimed the Under 23 Inter-Services championship for the Army in 2015 and 2016.

Dale left the Army last month after 23 years’ service during which he rose to the rank of Captain, but will retain his position with their Under 23 squad until the end of the season. “It is a challenge,” he smiles, on juggling his multiple roles, “but leaving the Army gives me a bit more time than I would have usually had! I’m with Aldershot Town for a couple of days a week, have a couple of days a week working with the Football Association as a tutor, and a couple of days a week in non-league. It seems to have worked quite well so far, and now I’m back in the civilian world doing what I love best, which is football.”

His career began in 2006 as Assistant Manager of Birmingham City Ladies and progressed through the youth department at Farnborough Town and on to be Assistant First-Team Manager at Godalming Town. Now a UEFA A Licence badge holder, Dale still draws on the displine required to be successful in the military as part of his coaching repertoire.

“If I’m perfectly honest, I think footballers appreciate that and accept that. They like the regimentation of what we do and how we do it. Without having to scream and shout at people, we know that there are processes to go through, and things that we need to do when we’re asked to do them. The Aldershot lads love that discipline, and I can quickly get through things because there’s a system in place.”

That’s not to say, though, that he wants to control everything that happens on the pitch as though it were a video game. “There’s no joystick coaching from the dugout. I let them deal with a problem, and if they can’t deal with it we’ll discuss it at half-time or full-time, so if we encounter that problem again we know how to deal with it.

“I challenge players, and I challenge players to challenge me, as long as it’s in the right way. If they can solve a problem independently I think that makes them better footballers and all-round better human beings. If there’s a problem, they should ask ‘how can I deal with it?’ rather than looking around for inspiration.”

He has recently taken Shots Academy graduates Luca Wrightman and Eoin Kirwan on loan at Church Road to hopefully mutual benefit as The Leafe look to climb the table. “It’s a good relationship and contact to have,” Dale admits of the link with Gary Waddock, and sees potential for that pathway to be reciprocated. “I hope that one or two more of my lads are recognised in the first-team squad and are put on Gary’s radar. Then what happens is purely down to the lads and the way they do themselves justice.

“There is a benchmark there and the lads know that,” he stresses after Wrightman and Matt Bozier made their first-team debuts and Kirwan was named as a substitute in the first six weeks of the season. “Luca and Eoin have both played in our Under 18 Midweek Floodlit Cup side too, and that has given the other players confidence, knowing that when we ask them to do something it is because there is a chance to progress.

“They understand that and have put 100% into it, which is to their credit, and there is no reason why they can’t be recognised in the same way.” 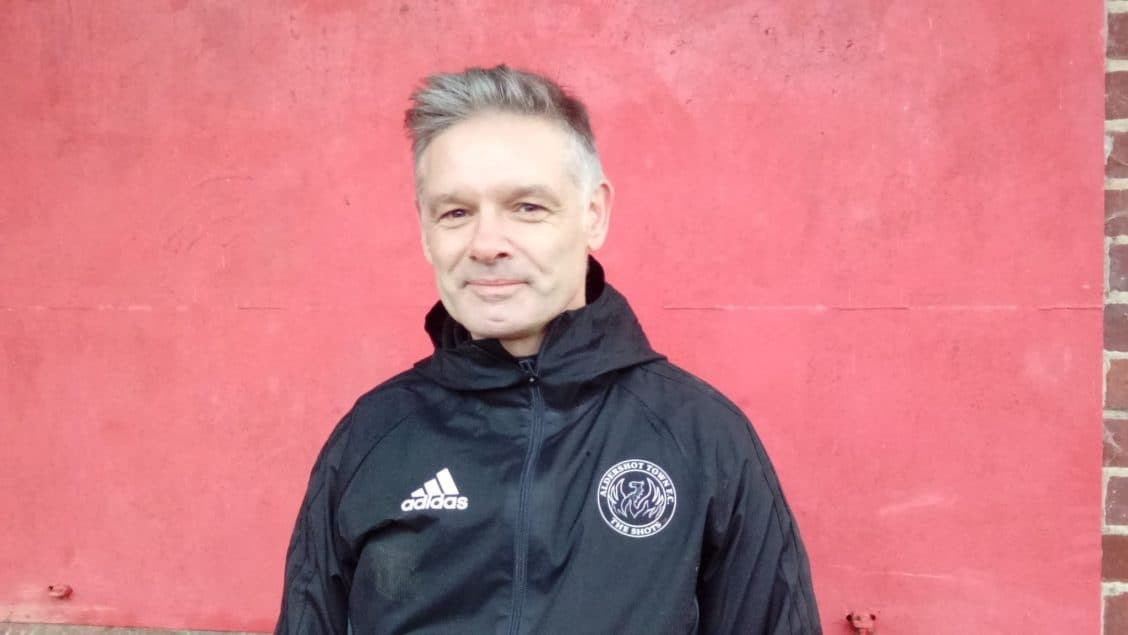