Midfielder Manny Oyeleke has signed a new one-year contract with Aldershot Town, following his return to the Club on a short-term deal in February.

The 24 year-old has made three appearances for The Shots this month after returning to full fitness in a one-month loan spell with Canvey Island, following a long-term injury.

Manny previously made 51 appearances and scored six goals for The Shots in three loan spells from Brentford between August 2013 and January 2015. A graduate of the Brentford Academy, Manny – who has also enjoyed loan spells at Northampton Town and Woking – was released by Exeter City in the summer of 2016 after 11 appearances for The Grecians.

“I can’t get enough of this Club! The feeling that I have is joy,” admitted Oyeleke. “This is the Club I want to be at, playing for this team on this pitch and in front of these fans. I’m happy that I can now focus on getting back to my best, the end of the season and helping the team achieve their goals. This is not a National League club, and fighting for the Play-Offs is where the club should be.” 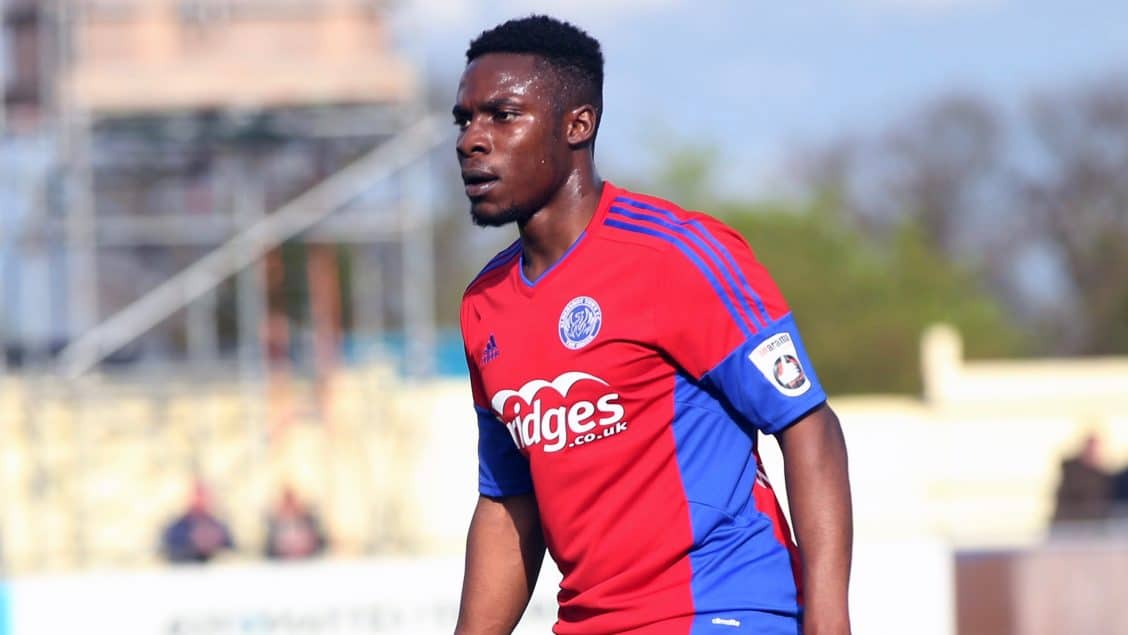