Are you following the Shots from overseas? Want to launch your very own Supporters Club in the country you live in?

We’ve already got the ball rolling with Supporters Clubs in Germany and Belgium, with supporters from both countries attending recent home games against Ebbsfleet United and Chesterfield.

You can find Thomas George and the Official Aldershot Town Supporters Club of Germany, along with Luke Wanadio, after they visited the EBB Lounge for our game against Chesterfield: 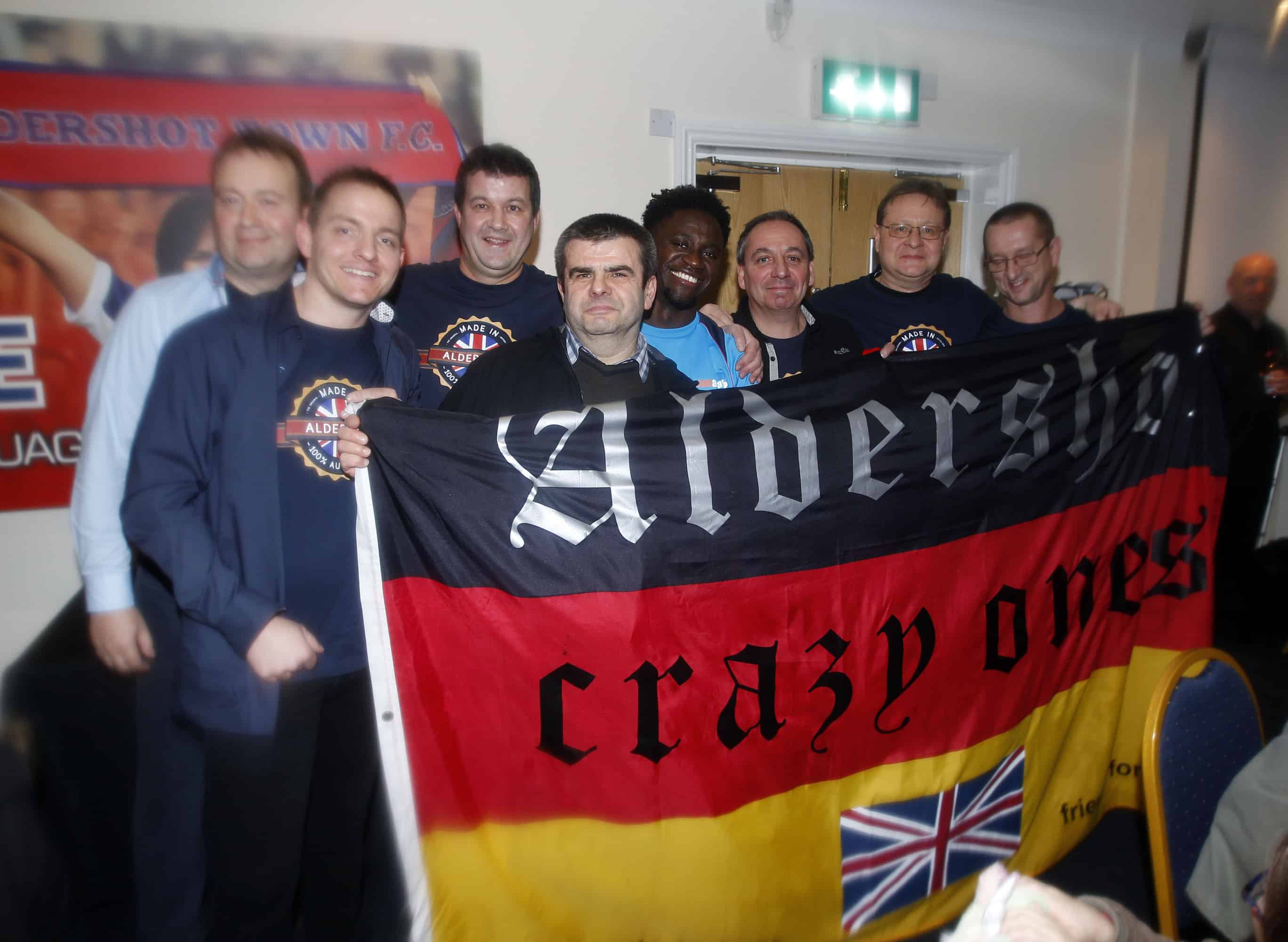 And you can find Cedric Goesaert and the Official Aldershot Town Supporters Club of Belgium, pictured with the Man of the Match from the Ebbsfleet United game, Luke Howell: 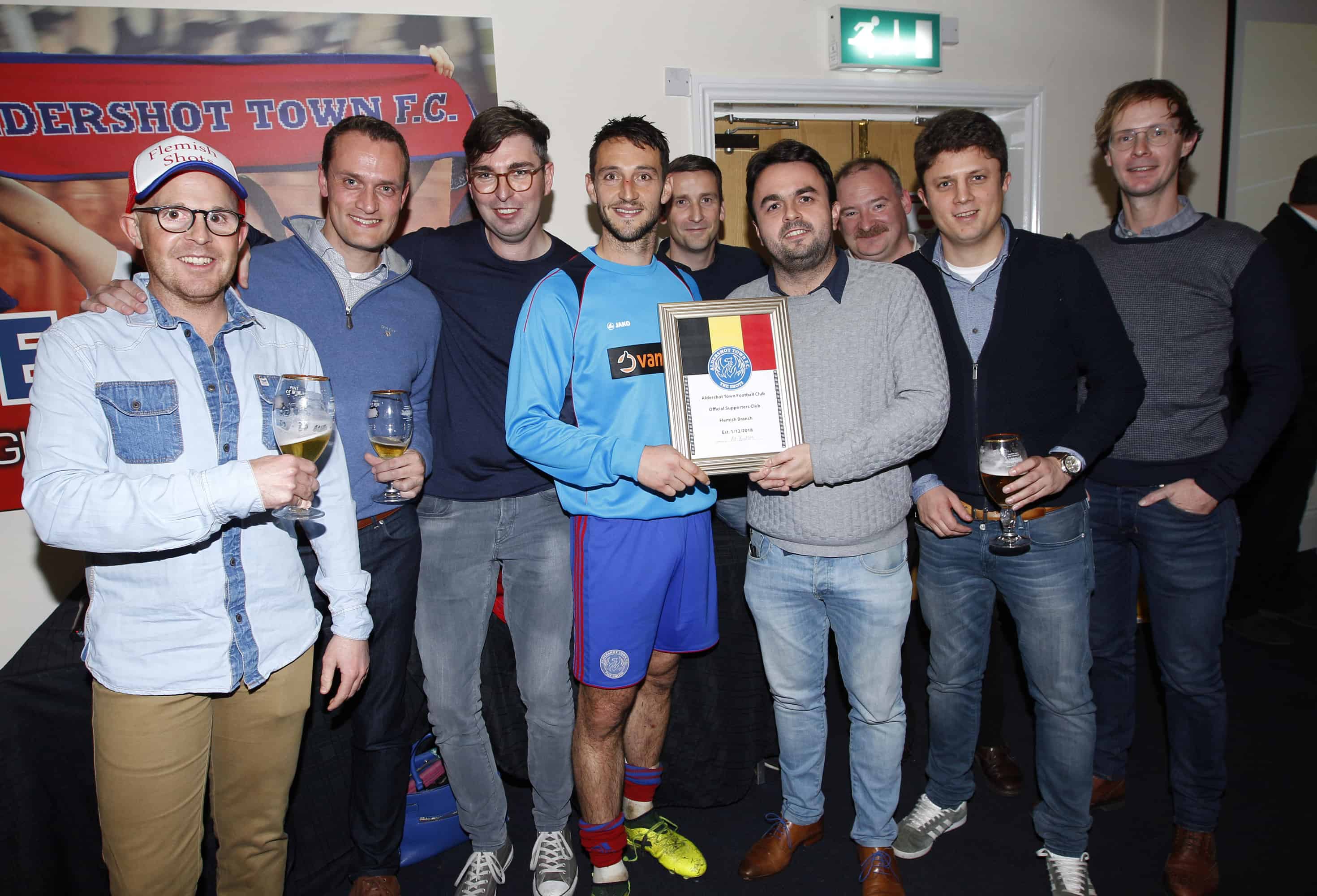 If you have a Shots Supporters Club based abroad then please contact Mark Butler on mark.butler@theshots.co.uk who can arrange for you to get your official plaque!