Aldershot Town won a thrilling, tumultuous game at the Matchroom Stadium to go within one point of league leaders Macclesfield Town.

Gary Waddock made four changes to his starting line-up, including giving debuts to Josh McQuoid and the returning Adam McDonnell, and it was McDonnell who eventually sealed victory in front of 1204 Shots fans.

Yet the afternoon could barely have started any worse. Macauley Bonne gave Orient the lead in 18 seconds, shooting underneath Lewis Ward after breaking into the box in the left channel to meet McAnuff’s pass.

Even though The Shots responded relatively well to such early adversity, The O’s dominated for long spells in the first-half. Will Evans blocked efforts from Bonne and McAnuff. Ward then had to hold on to McAnuff’s angled shot despite Bonne’s presence in the six-yard-box, but steadily the visitors grew into the game.

Kinsella and McQuoid combined well to set-up McDonnell, whose shot was charged down, and McQuoid himself also had a shot blocked. However, Ward had to make a fine save to repel Holman’s angled drive, and Bonne then sliced his shot wide from seven yards, as Orient threatened to extend their lead – but they still went in at the break all square.

A Shots counter-attack on 44 minutes saw James Rowe break through midfield and thread a pass through to Fenelon on a burst into the penalty area. A great first touch allowed Shamir to flick a deft finish past Brill to equalise at the perfect time.

The Shots then stole ahead on 47 minutes, as McDonnell’s 25-yard free-kick bounced down off the underside of the crossbar onto the line, only for Evans to react first and nod the ball in from inside the six yard box.

Orient responded well and after Dan Holman won another corner for the hosts, on 53 minutes, the driven left-wing delivery was met by George Elokobi, whose falling volley from five yards flew past Ward.

Half chances continued to flow as the game ebbed ferociously, but it was finally won on 76 minutes. Rendell’s crossfield pass was superbly controlled by Kinsella on the left and his touch inside allowed McDonnell to evade a challenge and shoot low from 22 yards. Goalkeeper Dean Brill seemed to have it covered until the ball squirmed underneath him and into the net.

It was a lead The Shots protected superbly, including an 83rd minute goalmouth scramble which seemed to last an age. Brill clutched Fenelon’s shot but the final opportunity fell to former Shots striker Holman in the fourth minute of stoppage time. A long high ball was flicked on and, from the edge of the penalty area, Holman spun in an instant but the shot flew wastefully over the bar.

Almost immediately the boisterous celebrations in the packed away end signalled a potentially pivotal victory. 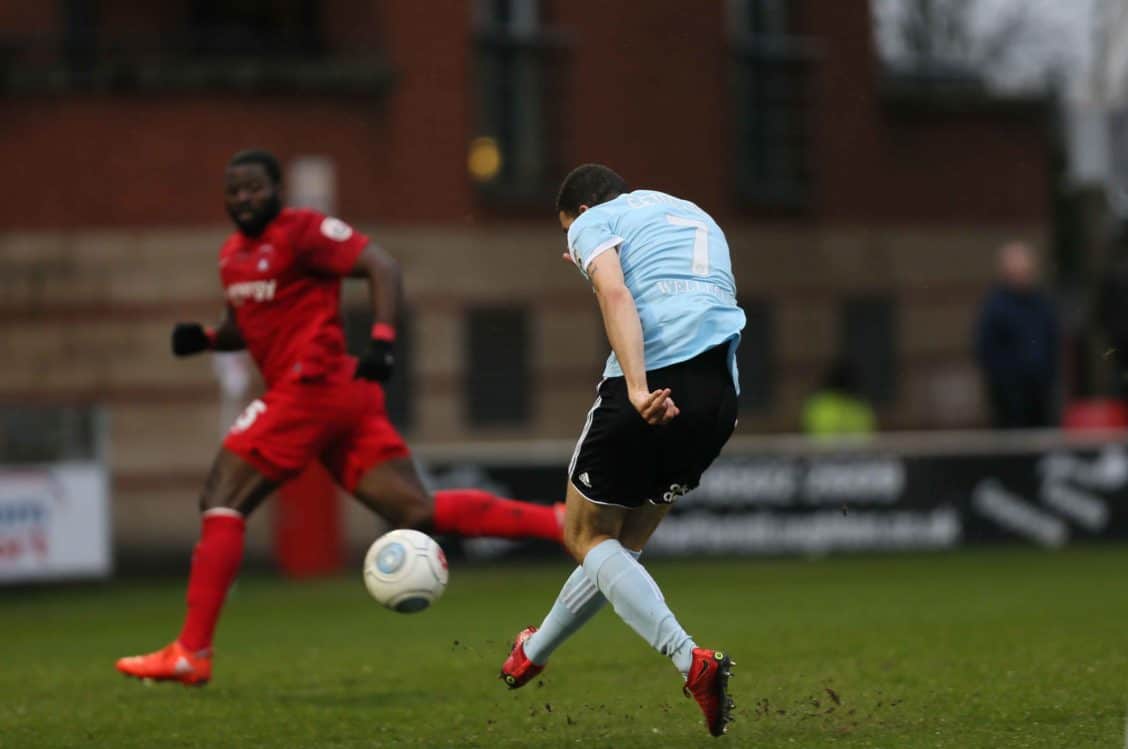 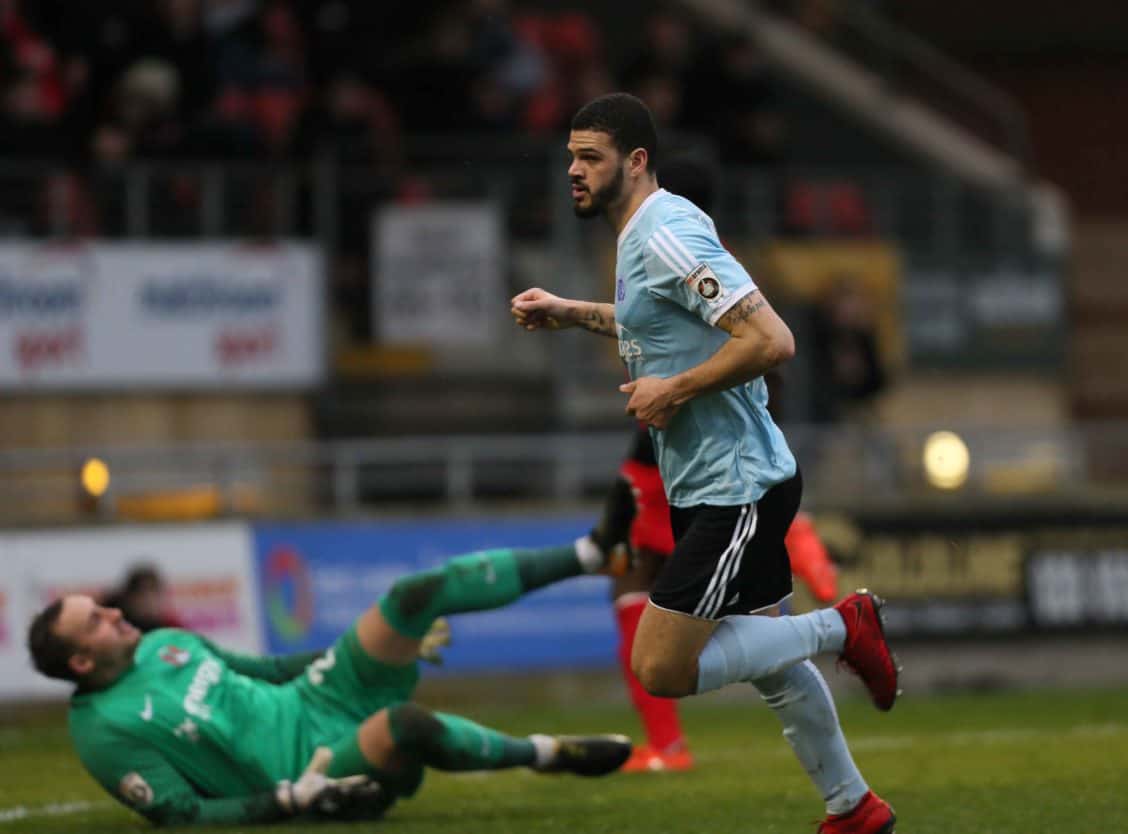 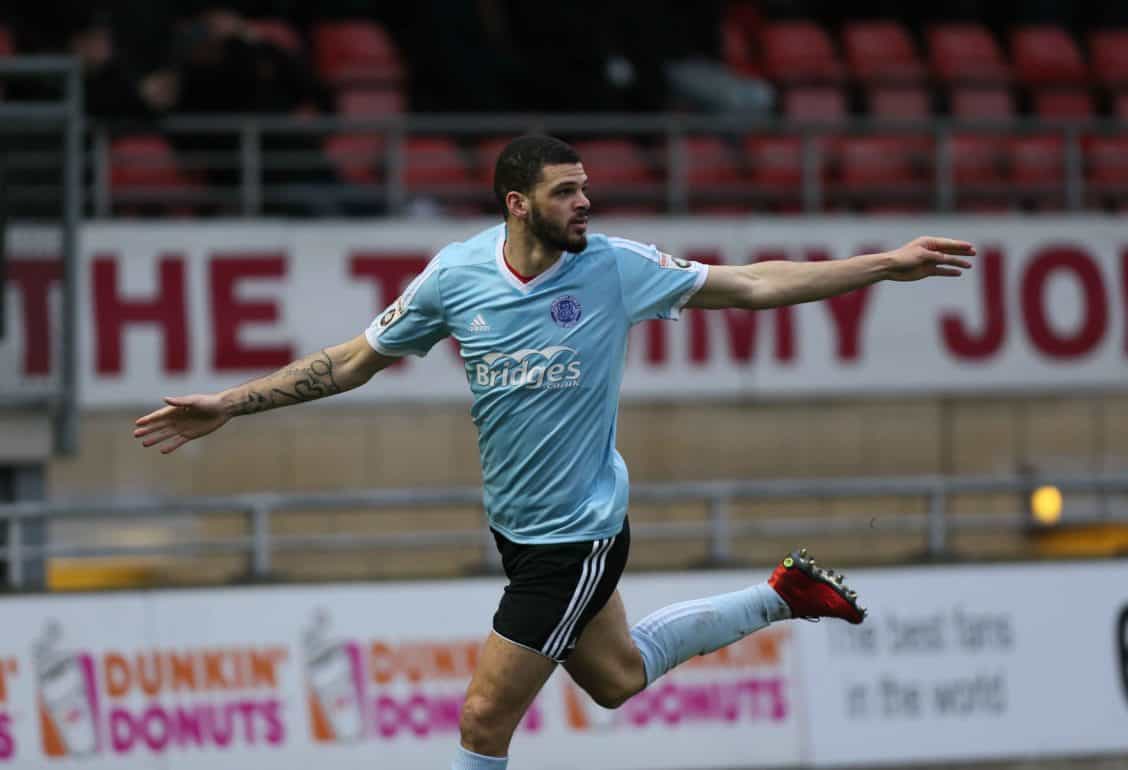 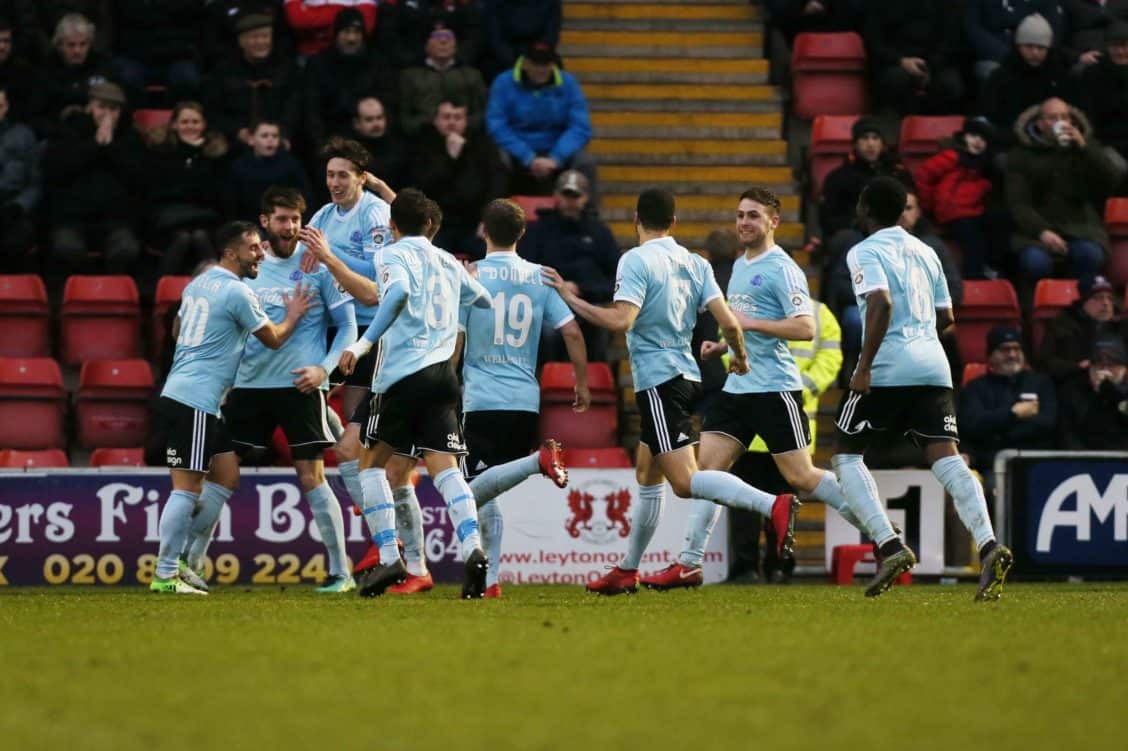 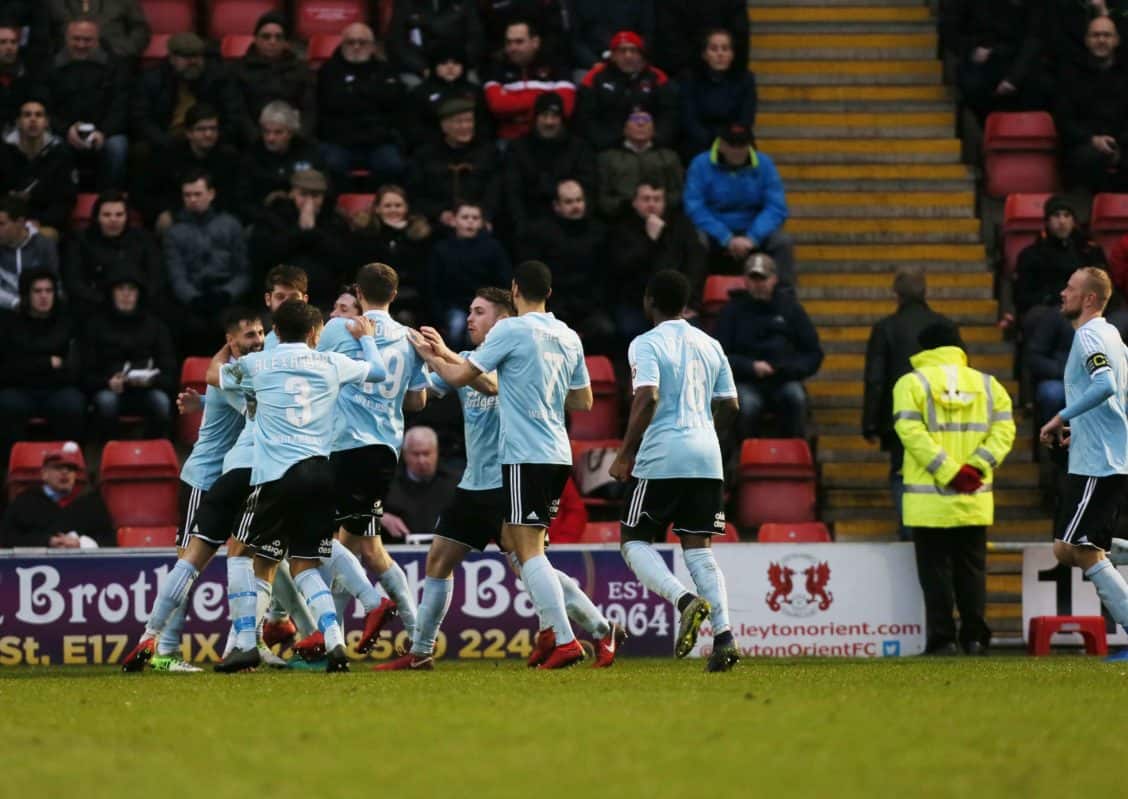 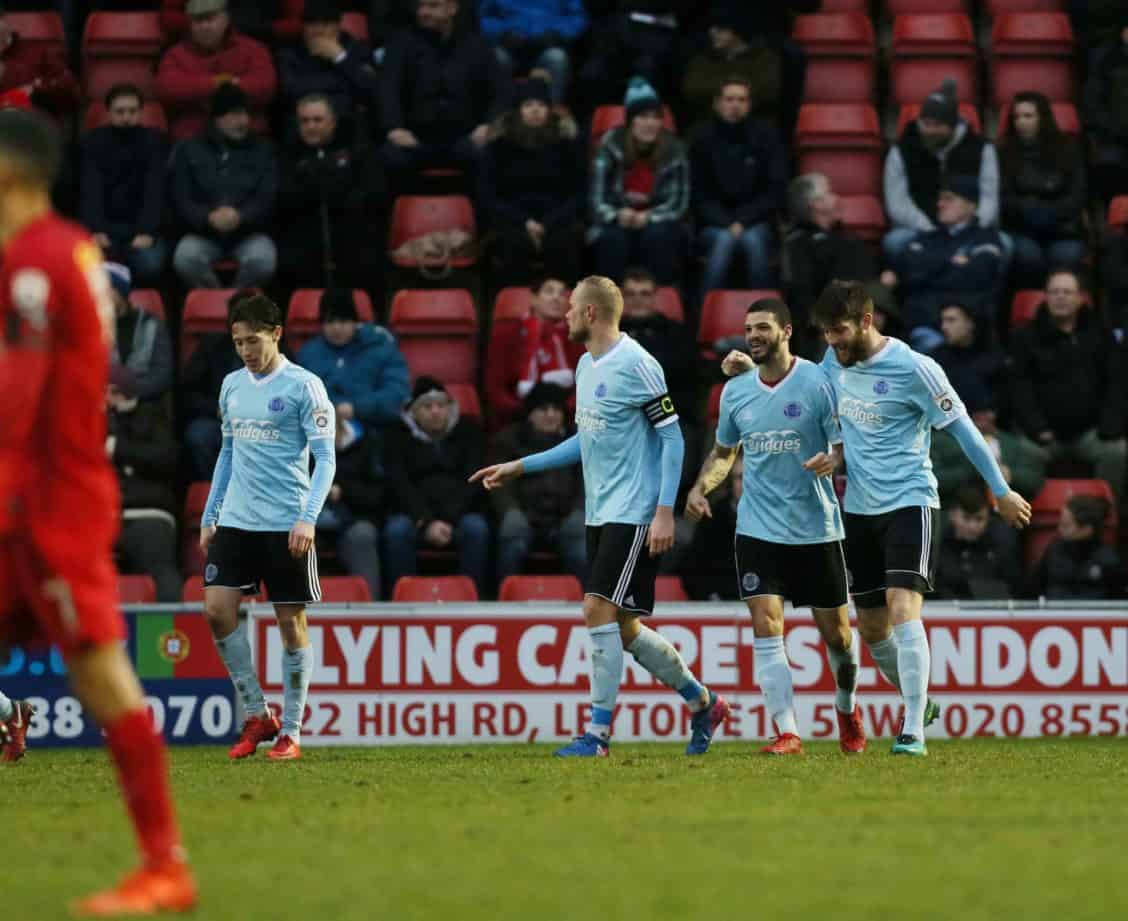 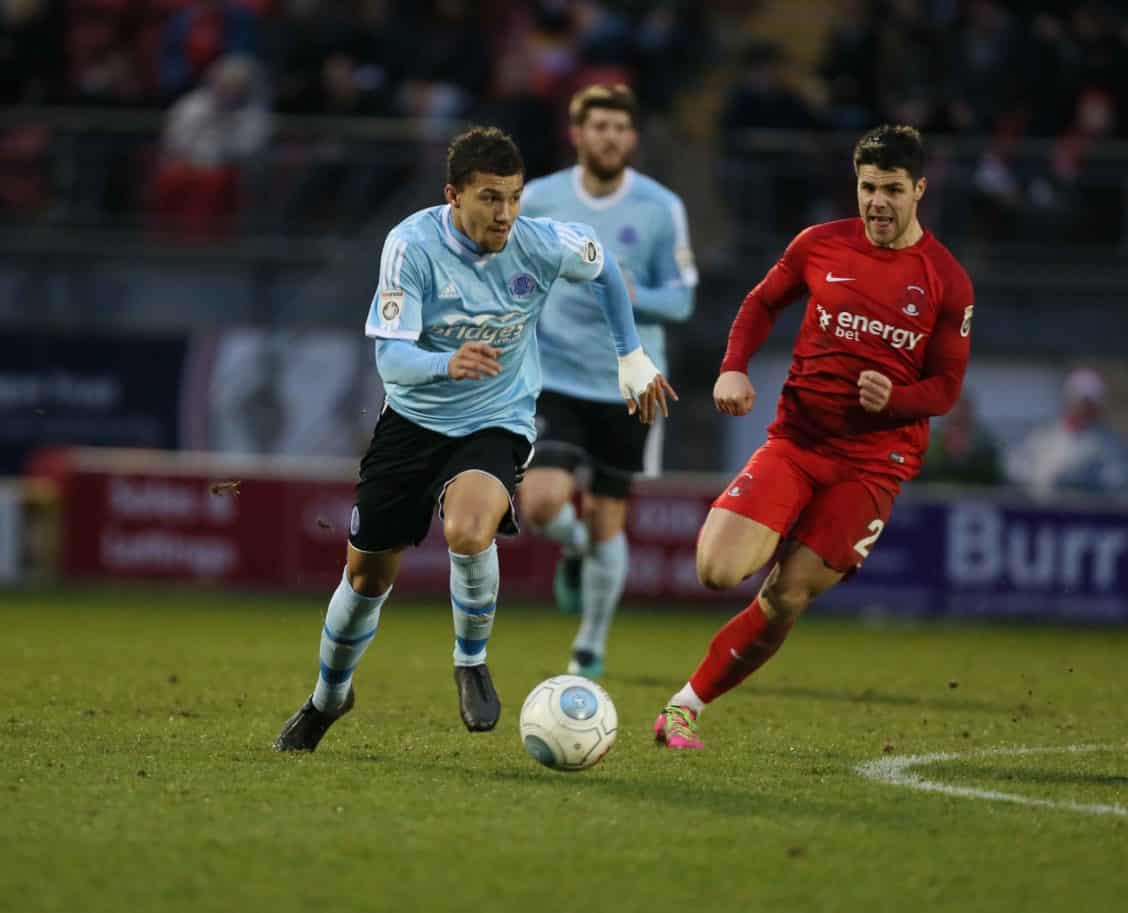 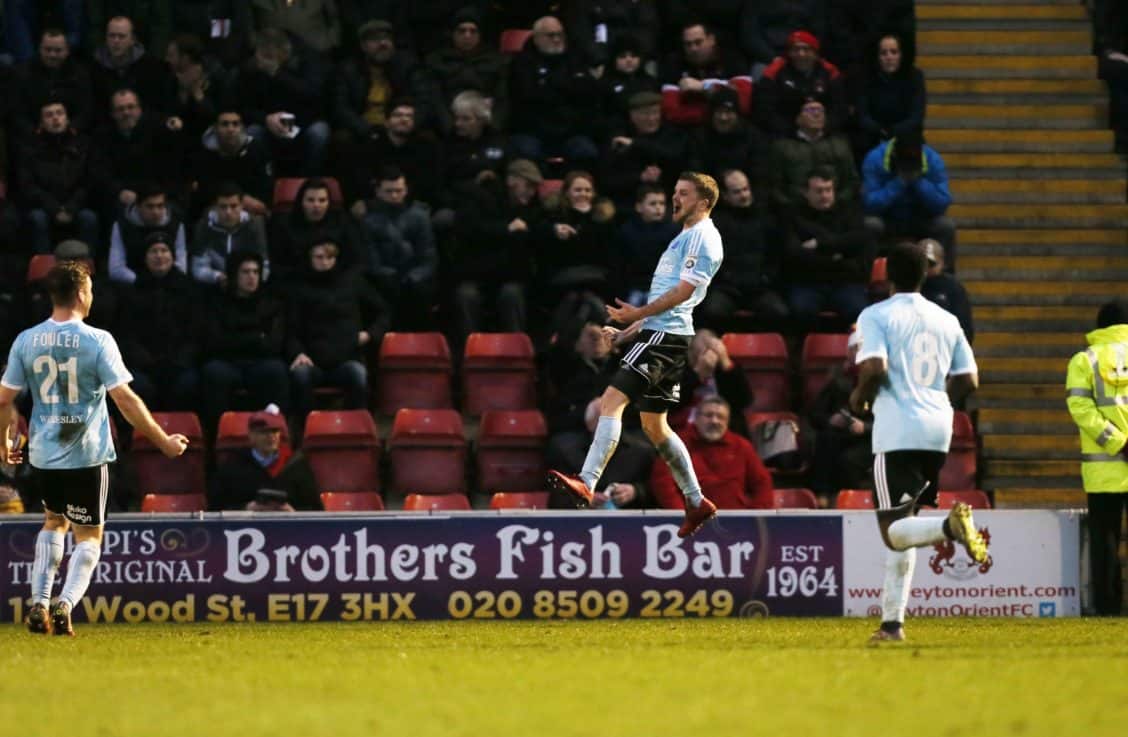 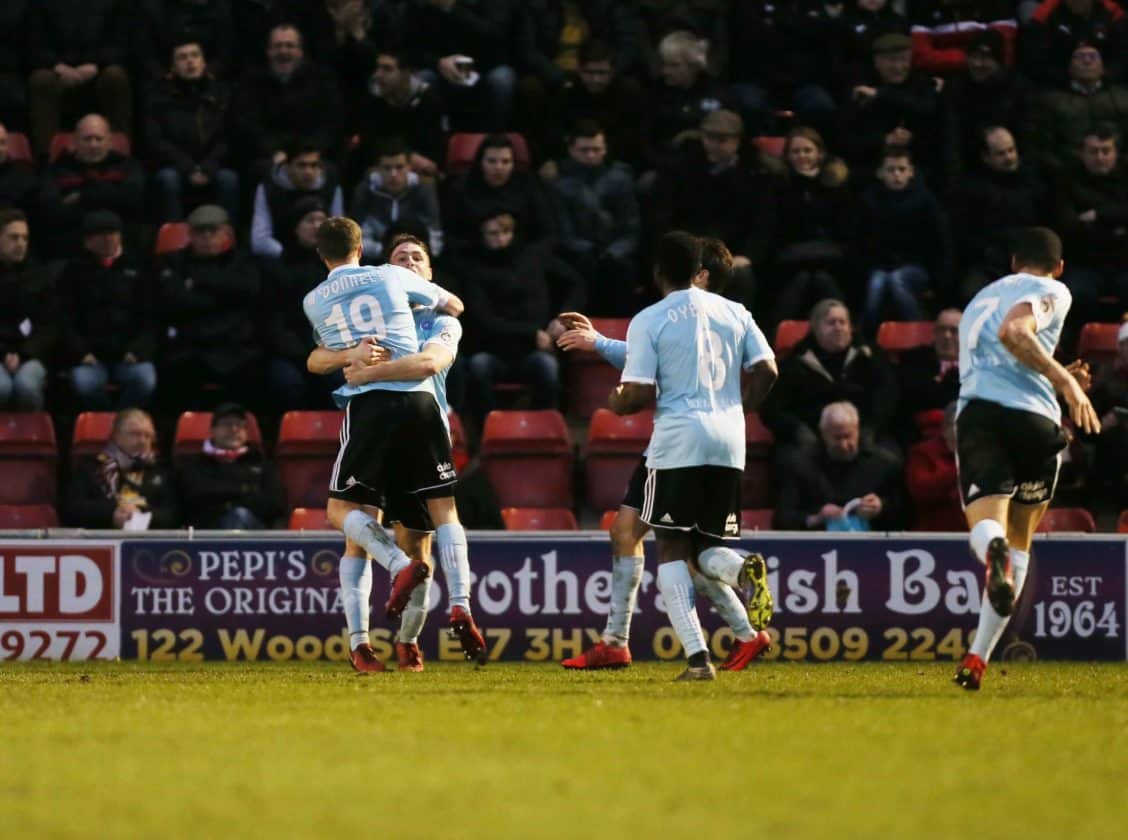 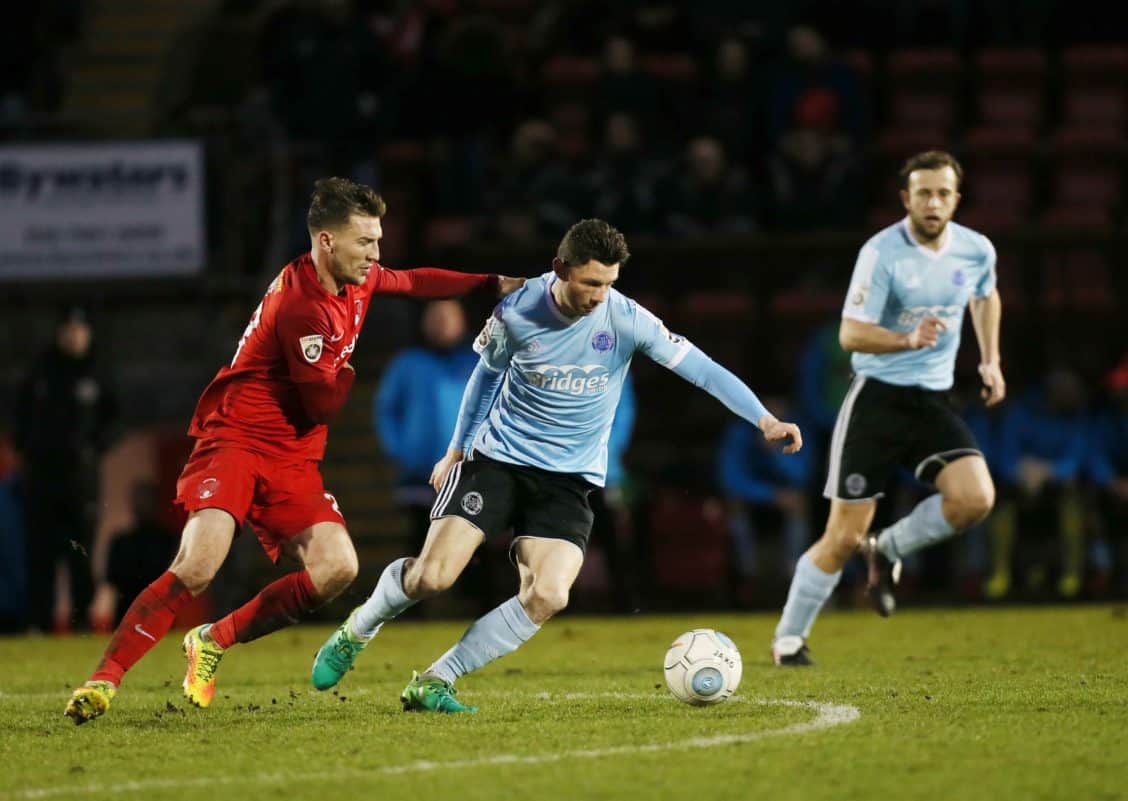 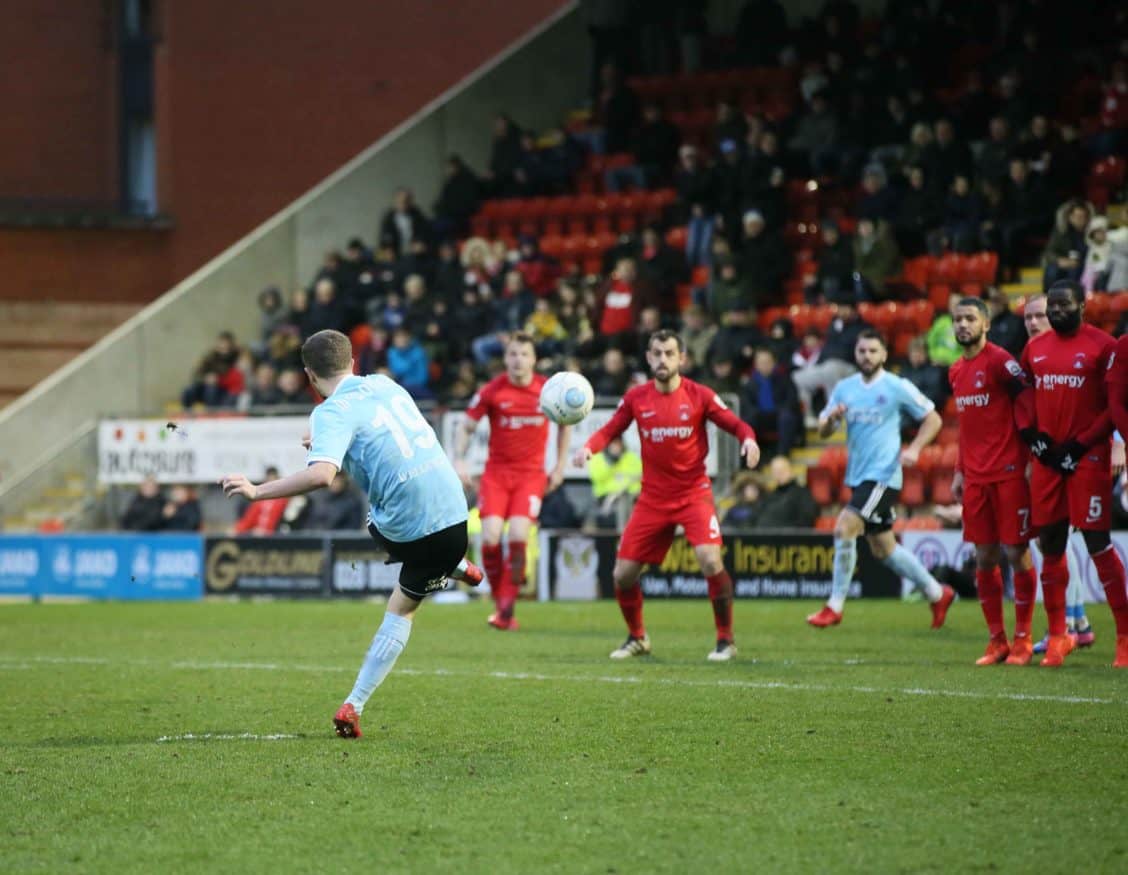 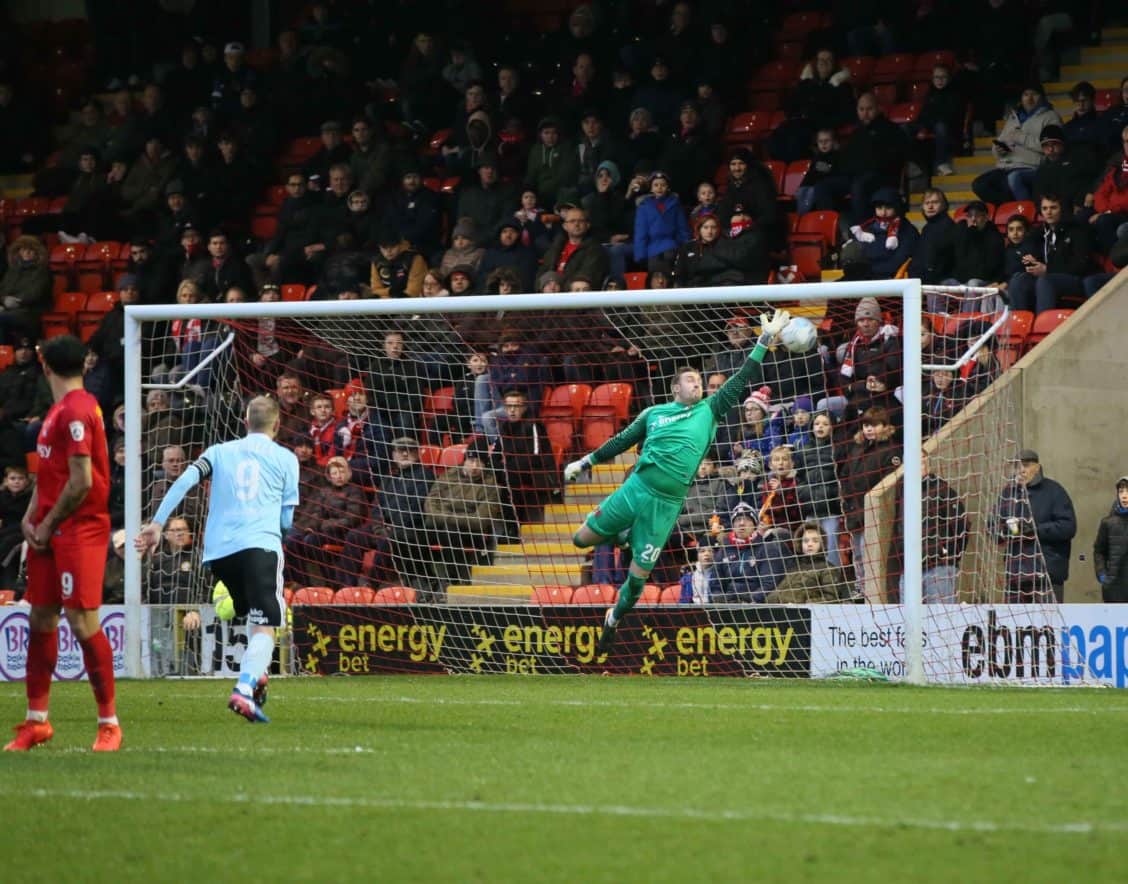 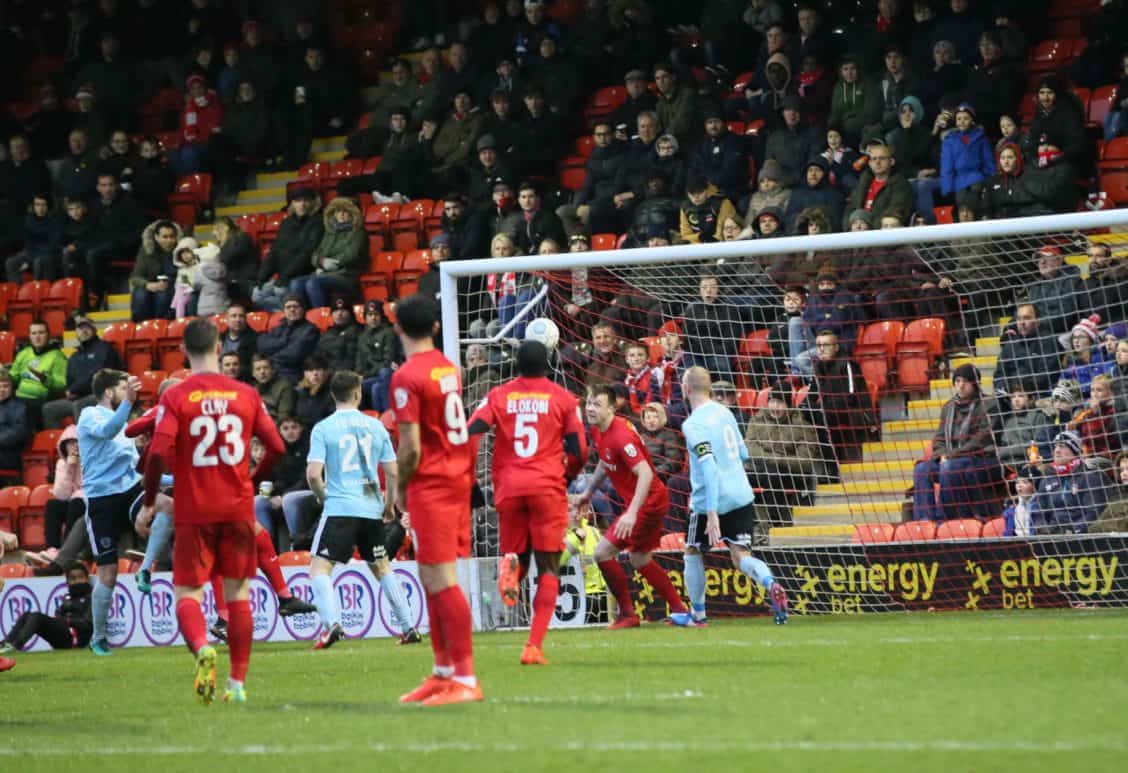 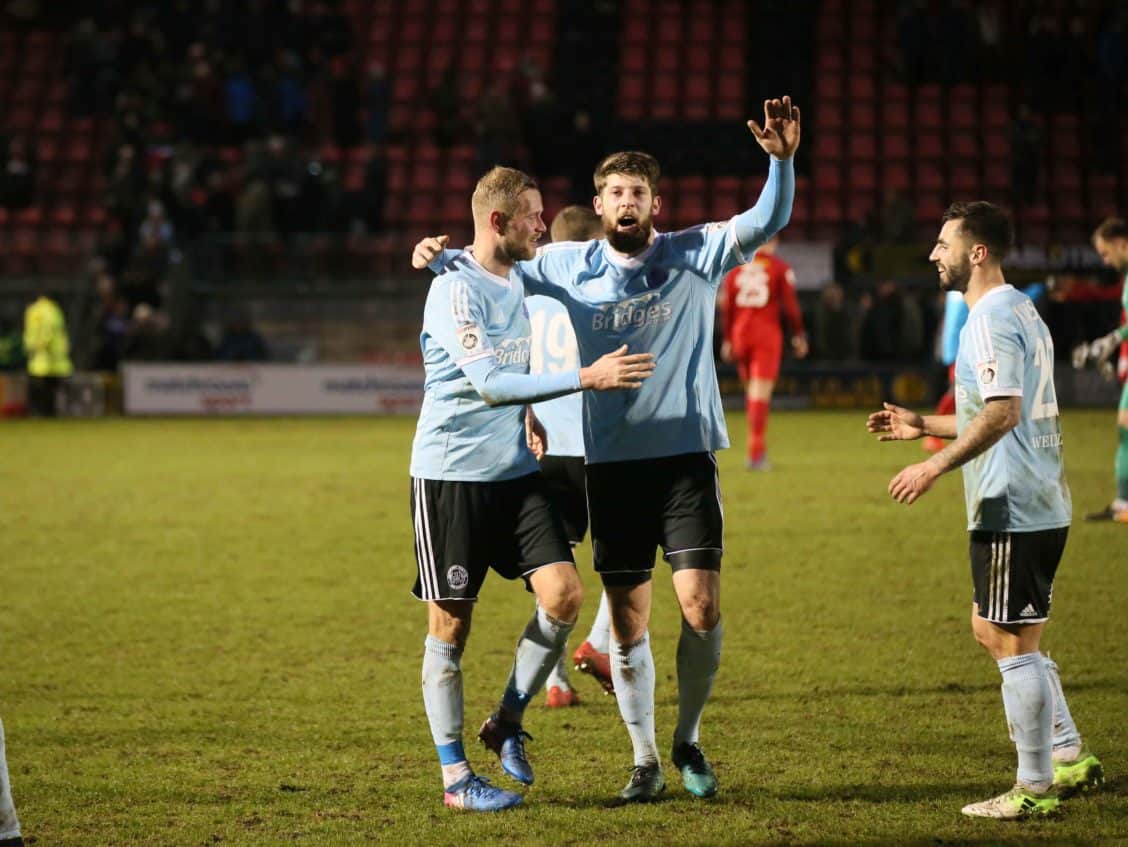 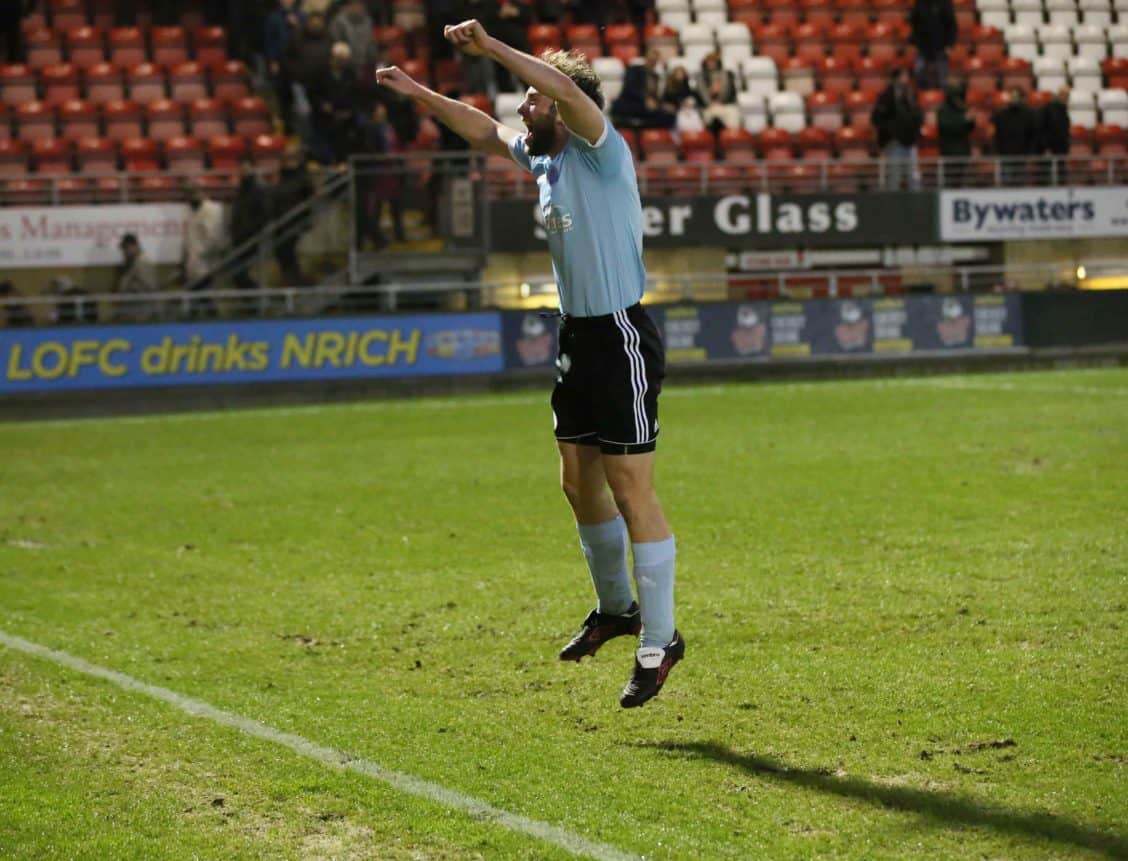 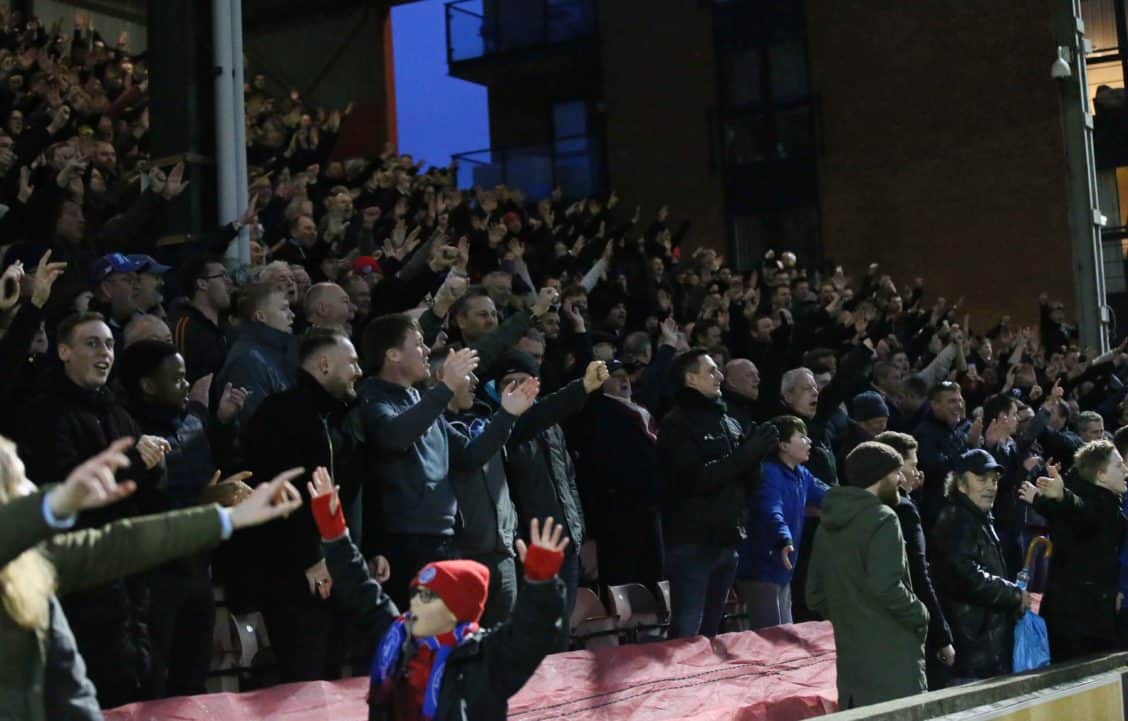 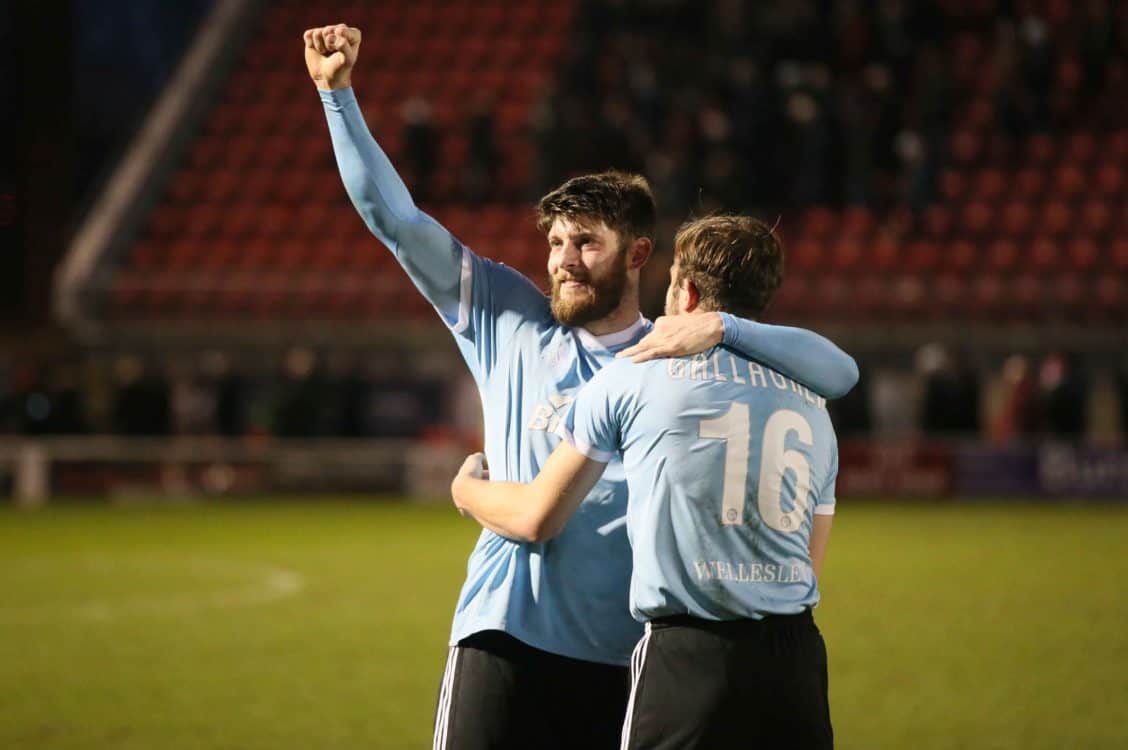 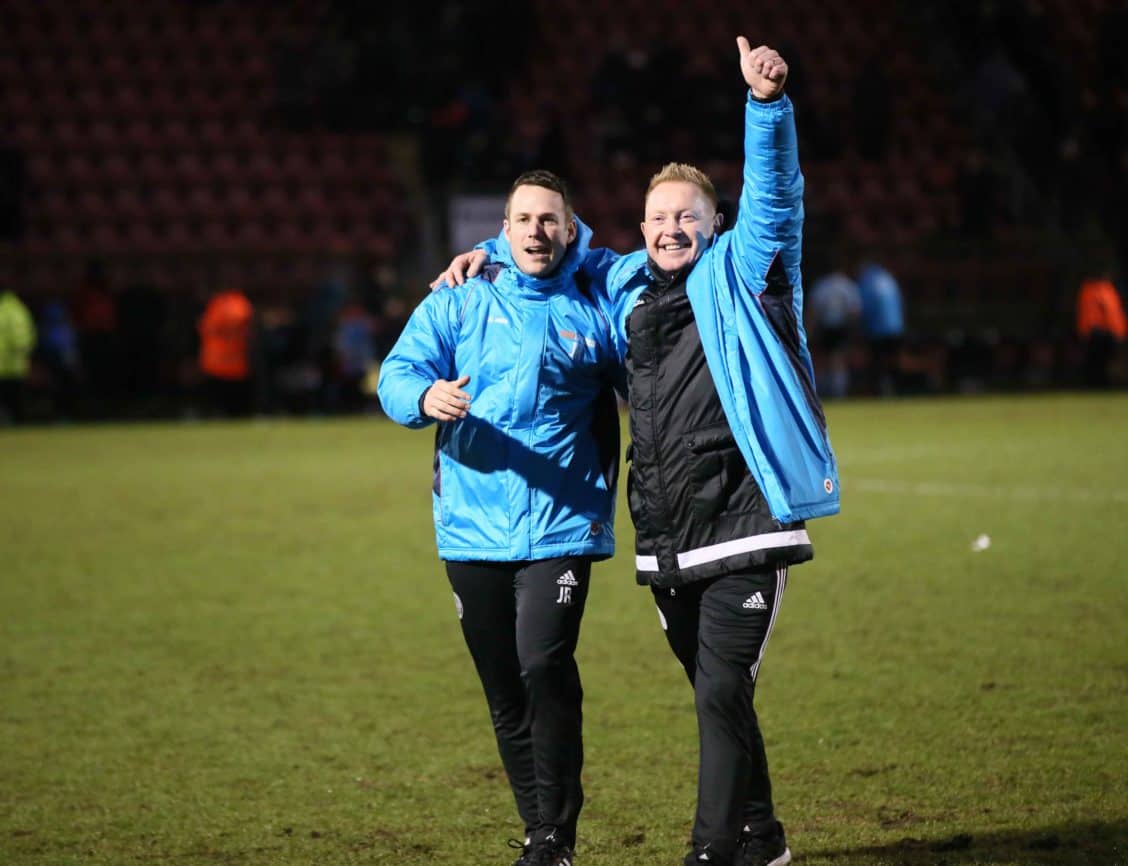 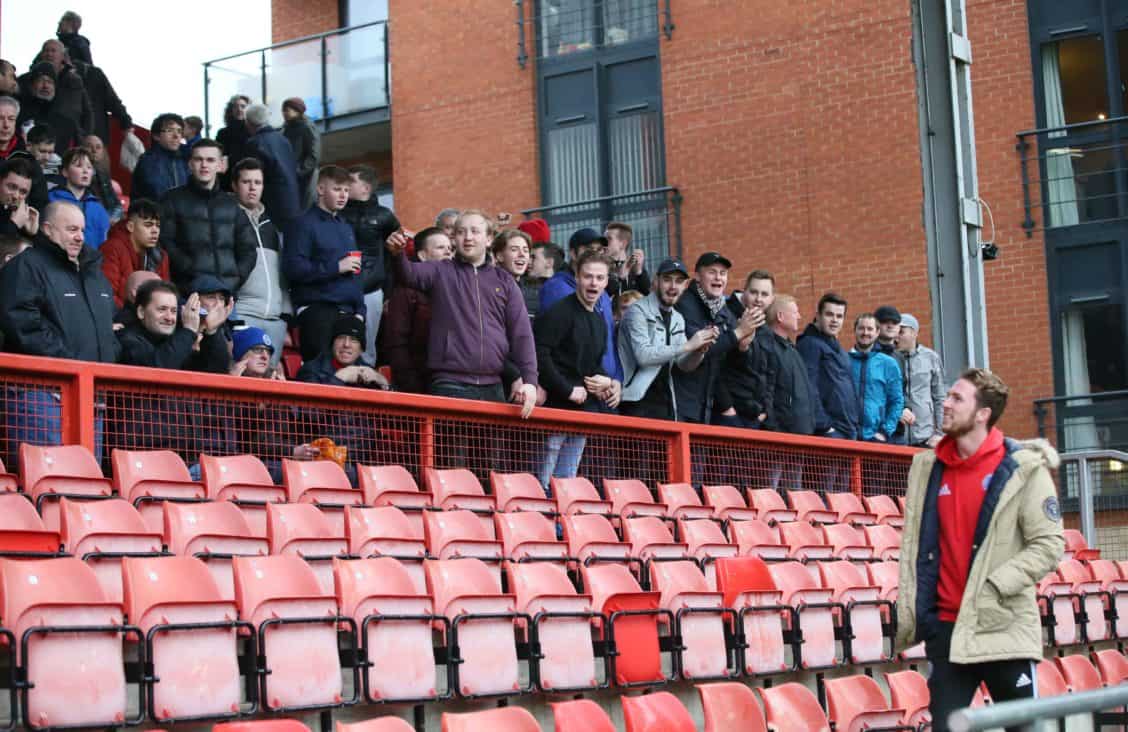 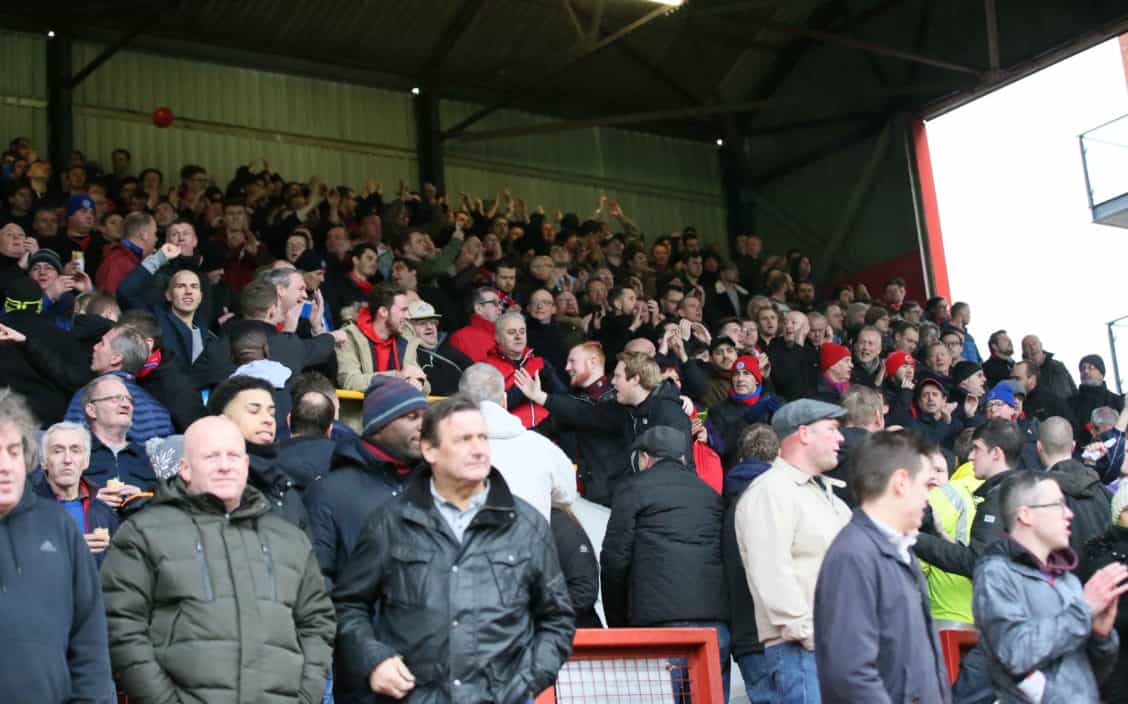 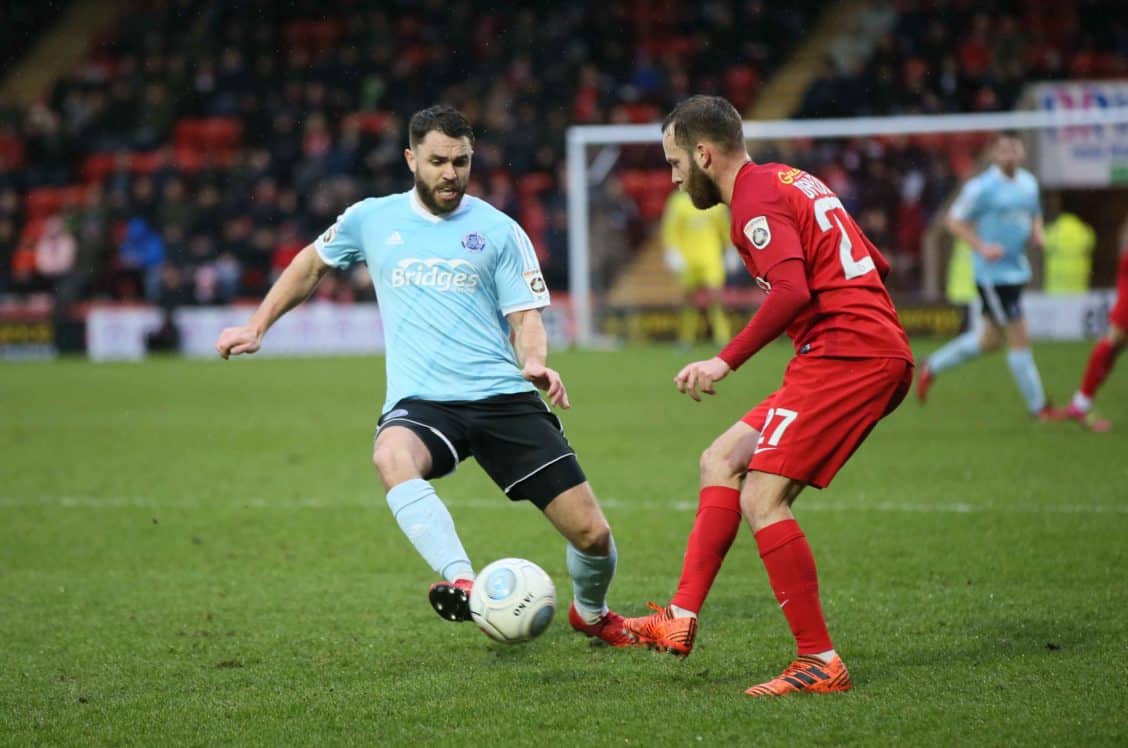 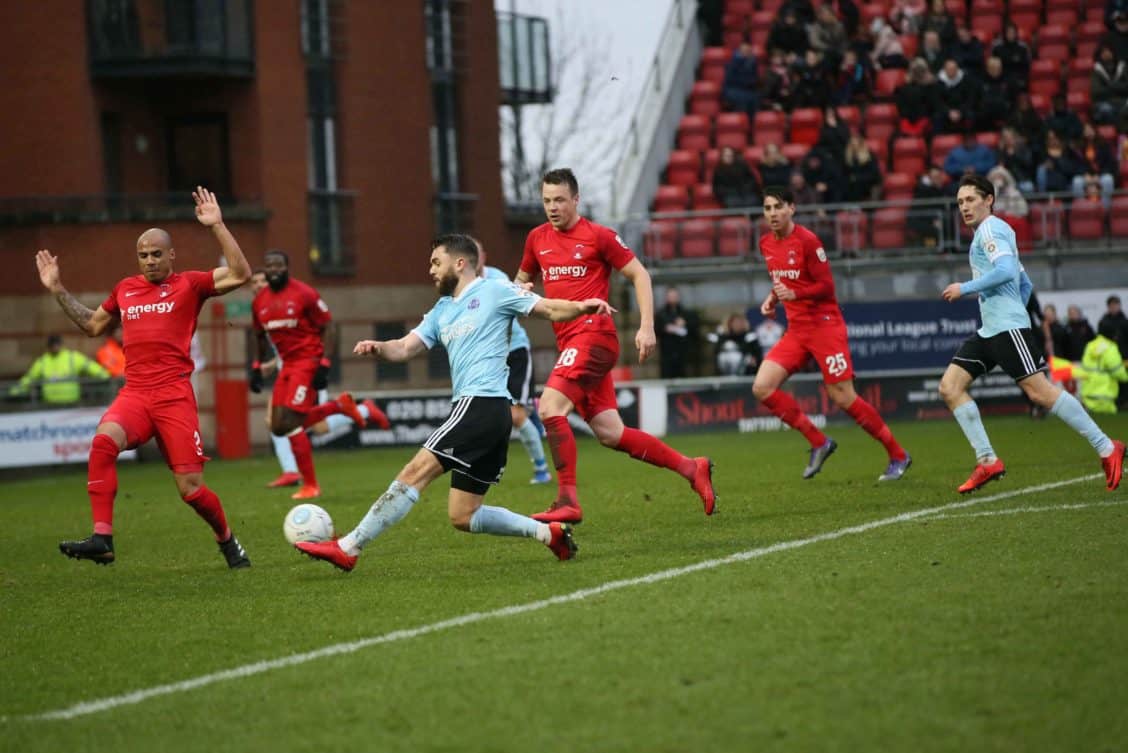 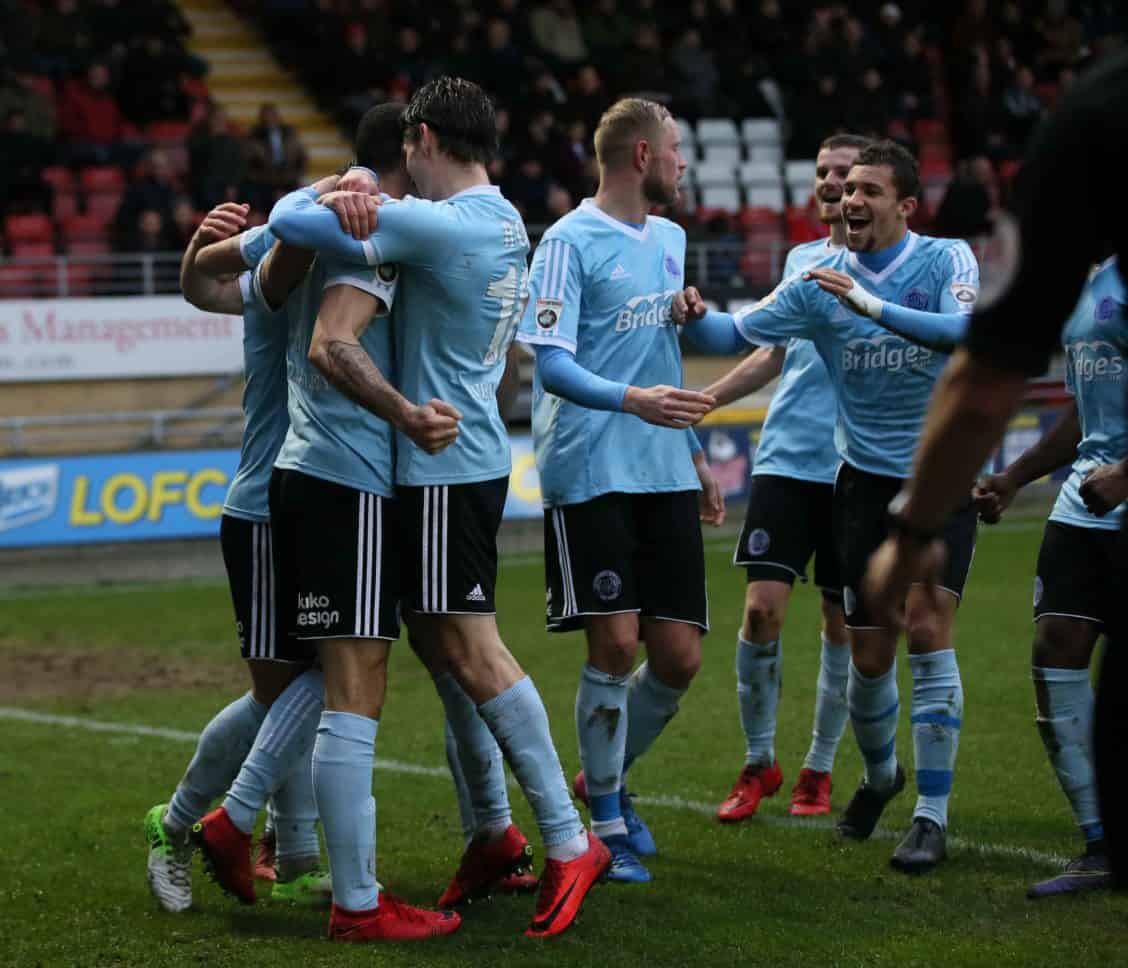 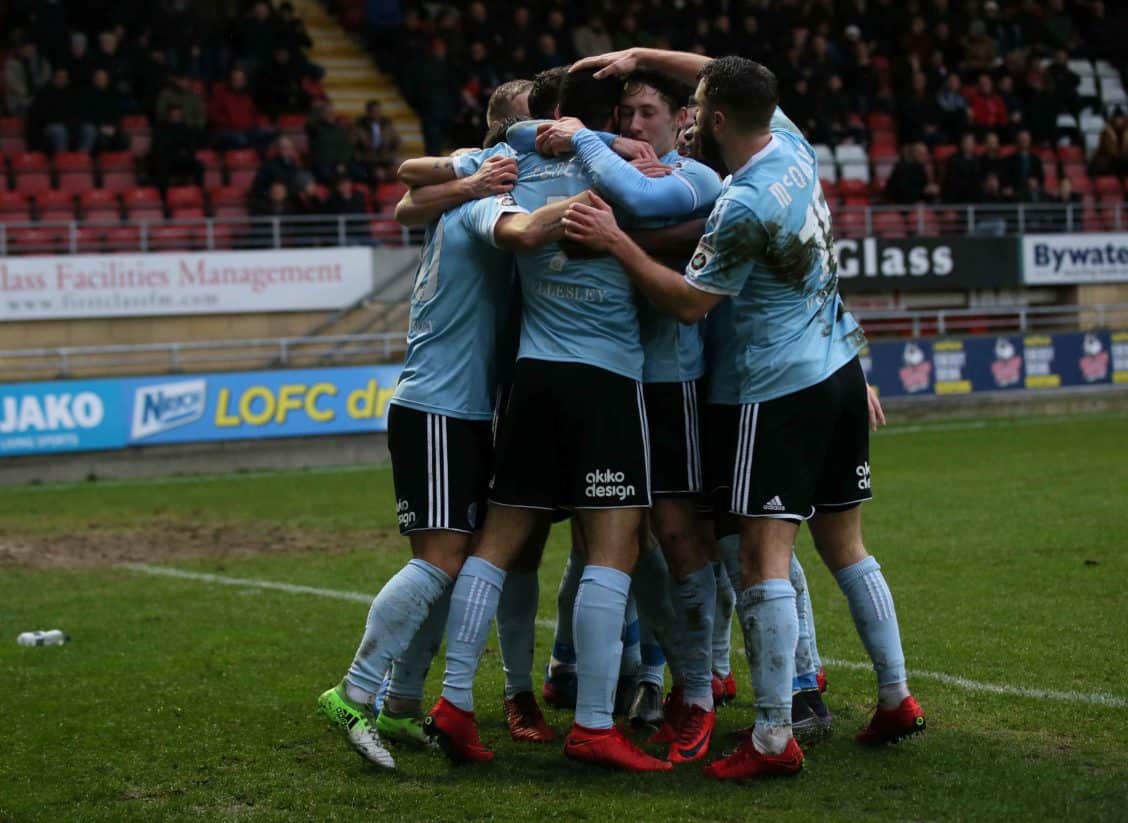 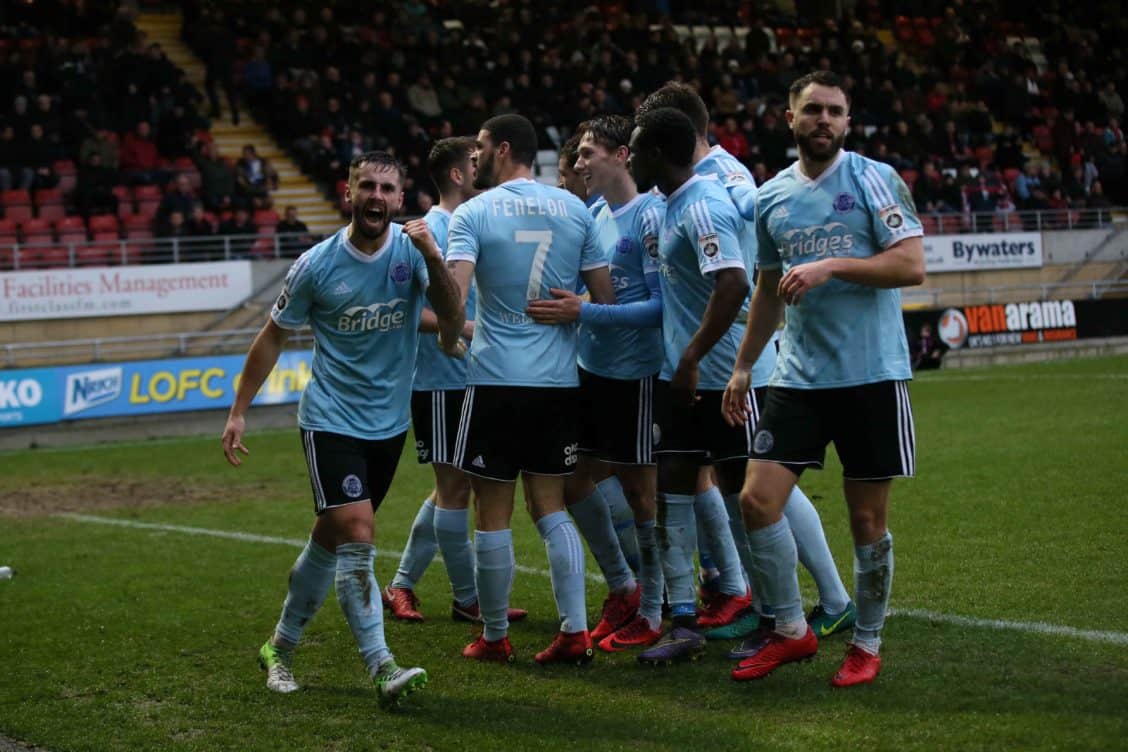 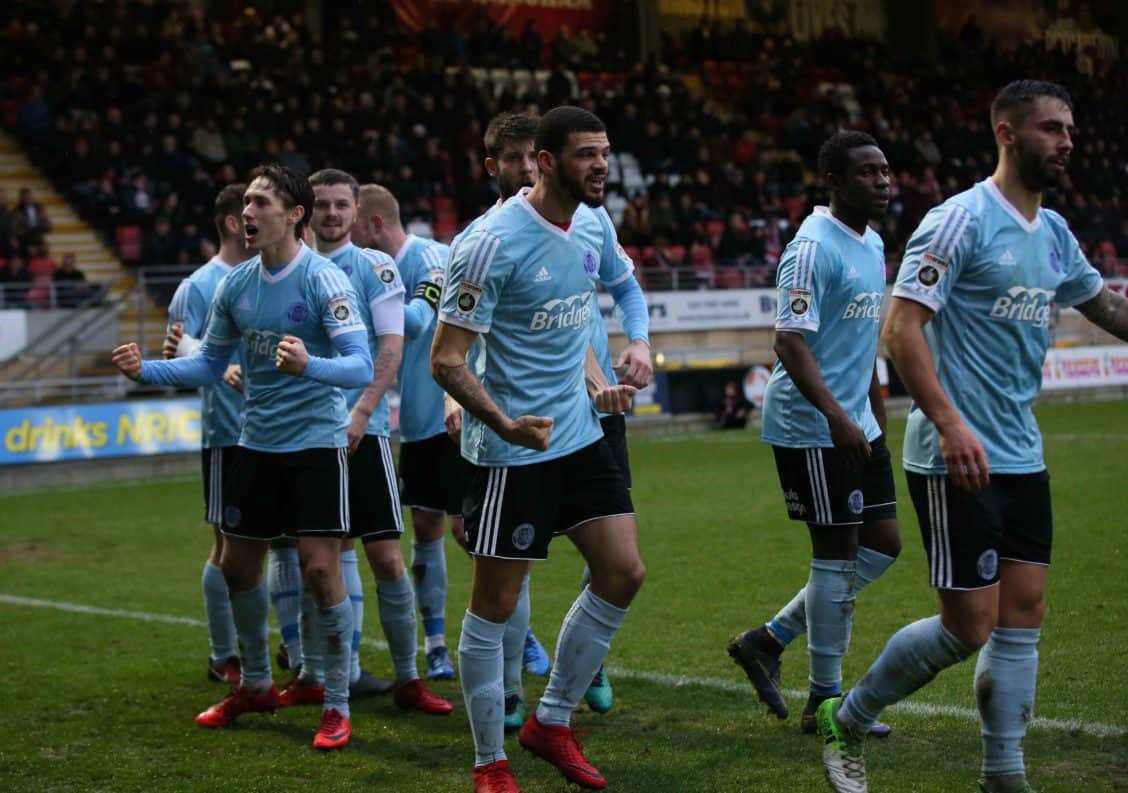 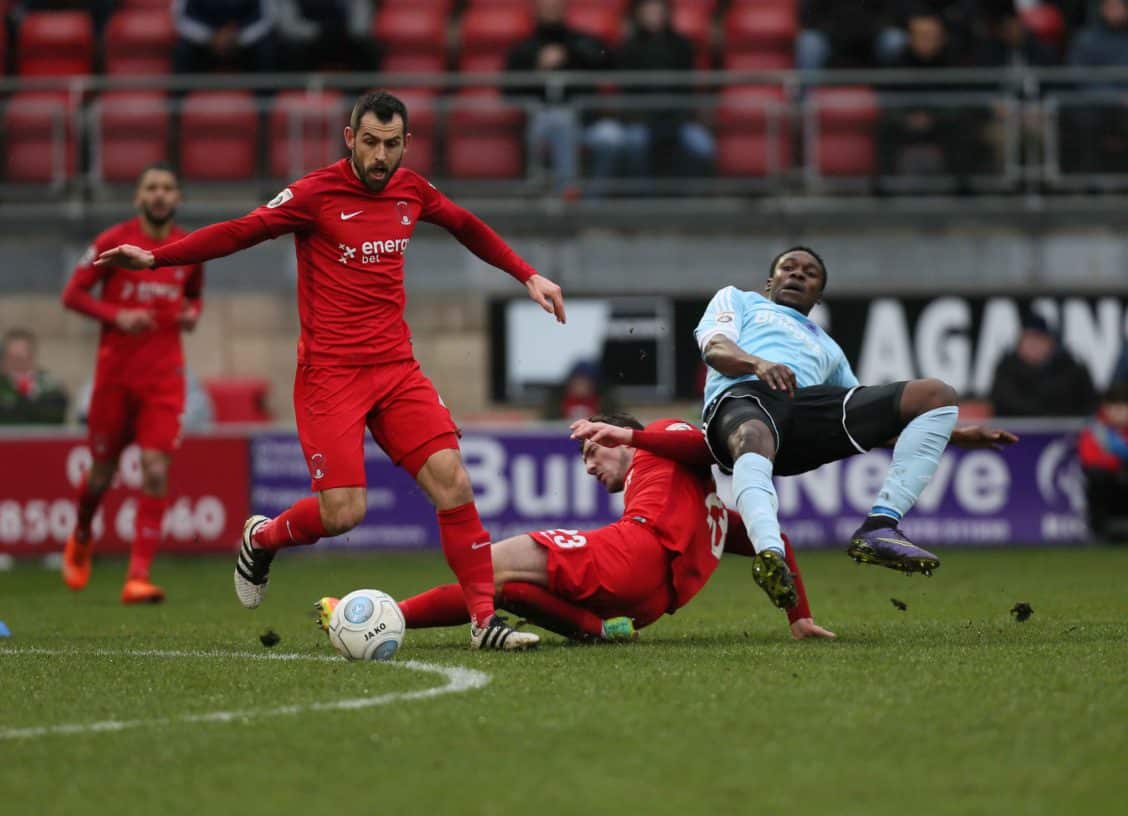