Issue 10 of the Non-League Magazine is now available from the Club Shop at the EBB Stadium – with all proceeds going directly to The Shots!

With 84 pages of news, interviews and season previews from around the Vanarama National League and non-league scene in general, it features chats with John Motson, referee Mark Halsey, York City manager Jackie McNamara and loads more.

Priced at just £3, all of which goes directly to the Club, copies are limited – so get yours this weekend! 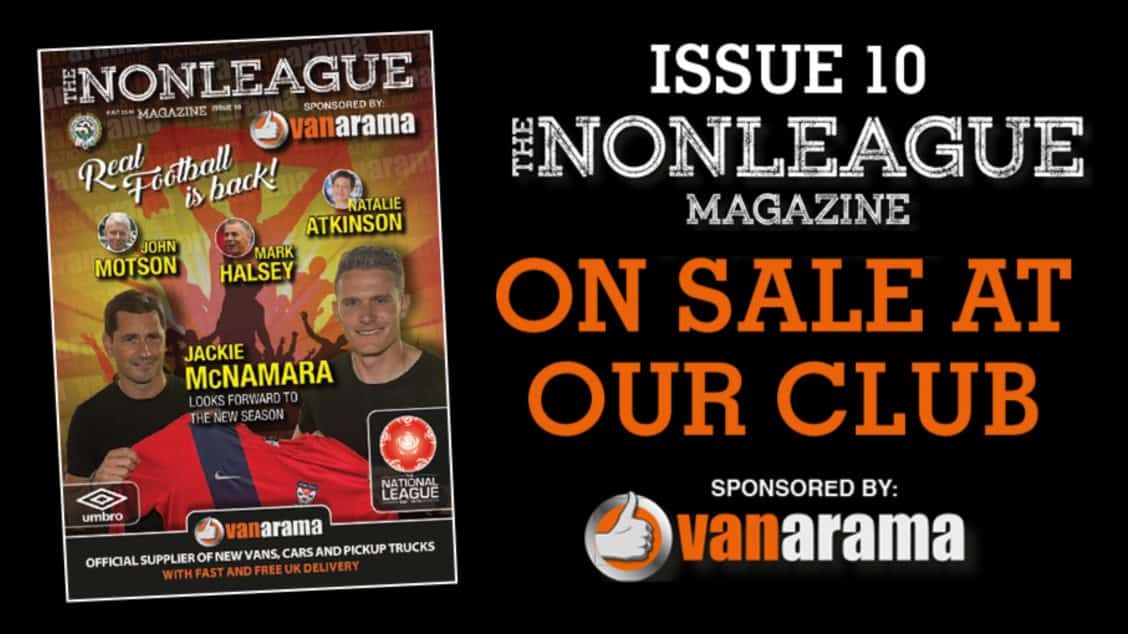