Aldershot Town have signed right-back Nick Arnold from Whitehawk on a one-year contract.

The 22 year-old, who can also play as a winger, was part of the Hawks’ run to the National League South Play-Offs in 2014-15 and 2015-16 in 18 months at The Enclosed Ground, as well as last season’s historic run to the FA Cup second round.

A graduate of the Reading Academy, Arnold made 33 appearances in a season-long loan with Wycombe Wanderers in 2013-14, and also made two appearances for Woking at the start of the following season.

“This Club has a huge fanbase and is, in my opinion, too low down in the leagues, so I want to help Gary try to move back up into the Football League,” explained Nick. “Gary sold the Club to me, I‘ve got a lot of respect for him and I can’t wait to get started. The people I’ve spoken to have never had a bad word to say about him – his training, his work ethic, his ambition to make players better, that’s exactly what I want to be part of.

“I still believe that I’m young enough and hungry enough,” he continued, on his ambition to return to League Two, “so why not do it together? I’m full of confidence after a good 18 months at Whitehawk – we had a lot of success, and I’m hoping to have more success here.

“I’ve got good pace, my crossing from deep is good, and I can adapt anywhere down the right-hand side. I’m happy with my versatility but if I had to pick I’d probably choose right-back. Gary’s style of play suits me perfectly, I love to pass the ball, attack and score goals – but I love to keep clean sheets too!”

**Nick Arnold’s 2016-17 playing kit, along with every member of Gary Waddock’s squad, is available for sponsorship – please contact Mark Butler on 01252 320211 or mark.butler@theshots.co.uk for details. 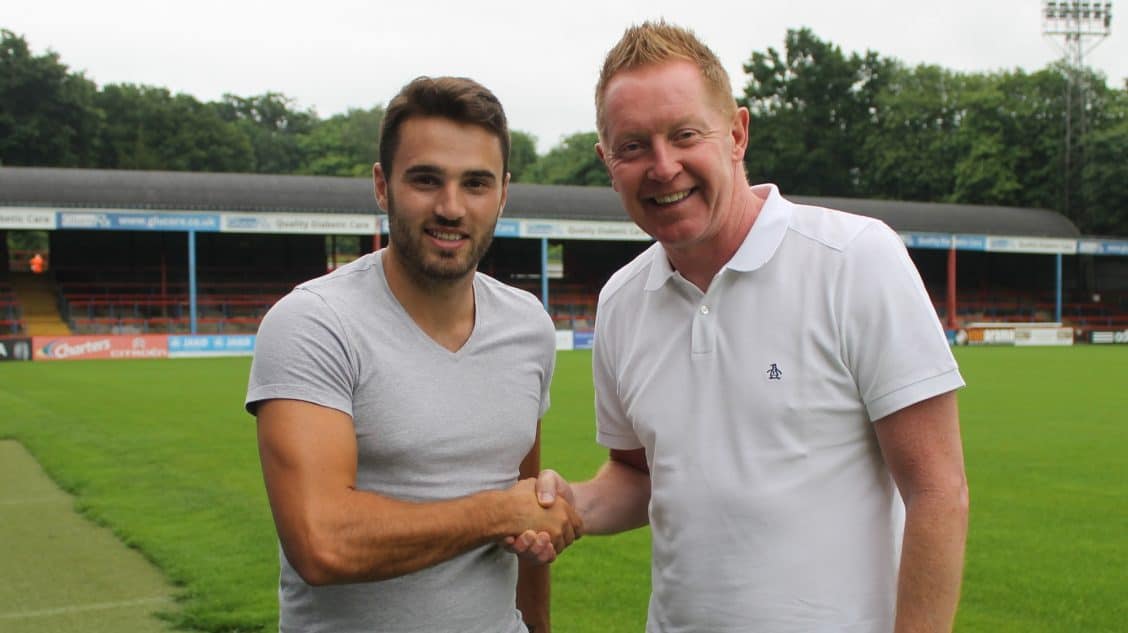