Midfielder Josh Rees has committed to Aldershot Town for the 20/21 season!

Josh started his football career in the the Arsenal Academy, where he was until 2013 when he moved to Nottingham Forest and made his football league debut. 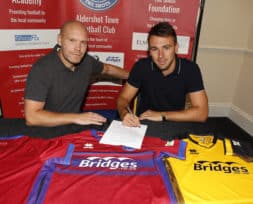 The 26-year-old, after a few loan moves out of Nottingham, has since become an established National League player, playing for the likes of Torquay United, Gillingham and until today, Bromley.

His most prolific season was in 17/18 where he notched 16 goals and 8 assists for Bromley in the National League! 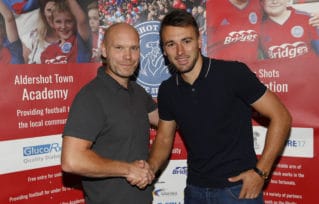 Josh said: “Football has taken a backseat for a while but it’s really good to get something sorted out.

“I’m really delighted to have my future settled and really looking forward to getting started.”

If you would like to sponsor Josh’s shirt for the 2020/21 season then please contact Commercial Manager Mark Butler on mark.butler@theshots.co.uk or call 01252 320211.