Stopping off at the village of Dandaswara – Gurung’s ancestral family home in the traditional heartlands of the Gurkha Regiment – the pair could only reach the schools via motorbike along narrow, rock-strewn mountain paths.

“It was an amazing experience,” admitted John. “To be invited so warmly into people’s villages and schools was really humbling. From the moment we landed in Kathmandu, everybody has been so welcoming and respectful, we are greeted like both celebrities and old friends wherever we go.

“Their lives are so simple, and some of the facilities really are primitive. Only in the last couple of years has Dandaswara installed running water for the whole village, thanks to the work of the Gurkha Welfare Service and Sahara UK, yet they appear to have everything they need.”

Leppard was ‘guest of honour’ at the Dandasawara Village Council meeting, where the top item on the agenda was a hotly-contested debate about the development of the village’s coffee plantation, which they hope will soon become a major source of income and employment.

Bhanjyang School, attended by Navin Gurung’s grandfather before joining the British Army, and the neighbouring Rangbhang School – located over 1500 metres above sea level – provide education for almost 500 children, some of whom walk five miles to attend each morning. Joining the British Army remains one of the primary ambitions of boys in this region of a country where, until recently, average life expectancy was little over 50 years.

Every pupil and staff member at Rangbhang School broke into their day to welcome John and Navin, who were served the traditional Nepalese dish of curried chick peas, sel roti bread and black tea.

As well as the sports equipment, Aldershot Town soon hope to donate several computers and English books to the Rangbhang School library, and will assist Sahara UK in plans to build a Welfare Centre and football pitch near Dandaswara.

“We don’t know how lucky we are,” explained Leppard, “when things that we take for granted every day are not available to people who are some of the friendliest that I have met around the world.

“I would urge people to open their minds to Nepalese culture, because this is a beautiful country. The town of Aldershot has always had strong links with Nepal, through the Gurkha Regiment, and we need to repay that loyalty in whatever way we can.” 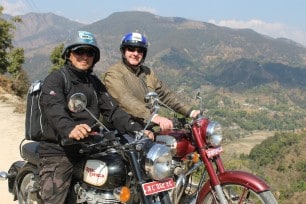 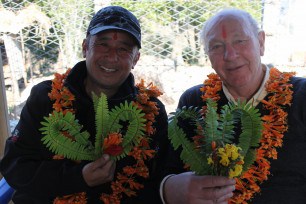 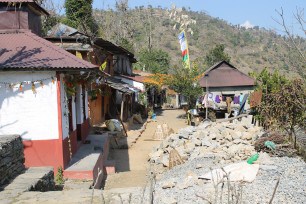 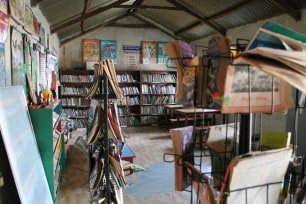