Aldershot Town are pleased to welcome the UK’s largest yogurt manufacturer, Müller, to the Club in a new two-year partnership.

The company has unveiled an advertising board on the south-east side of the EBB Stadium – which will now be known as Müller Corner – and will make extensive use of the Club’s conference and meeting facilities.

With offices on Victoria Road in Aldershot, Müller manufactures and supplies milk, yogurts and desserts to retailers throughout the UK and continues to develop its online milkman home delivery service called MilkandMore.

Best-known for its brands including Müller Corner, Müllerlight and Müller Rice, as well as its Black and White milk and FRijj milkshakes, Muller UK and Ireland employs over 10,000 people and works with 1900 British dairy farmers in sustainable, long-term partnerships. As part of this relationship, they have invested millions in state-of-the-art infrastructure and dairies to challenge conventional wisdom on how the British dairy industry operates.

They are also an official sponsor of Team GB, and worked particularly closely with the British triathlon team which won three medals in Rio, including double Olympic champion Alistair Brownlee.

“Müller has recently expanded its workforce in Aldershot to 130, which I believe is important to the local economy in the town,” explained Michael Brydges, Head of Shared Services for Müller Milk & Ingredients. “I am pleased that Müller and Aldershot Town FC are working together for the next two years and I believe the Club has a great future. With the new housing development in Aldershot, it also has an opportunity to expand its support which will help with success on the pitch.” 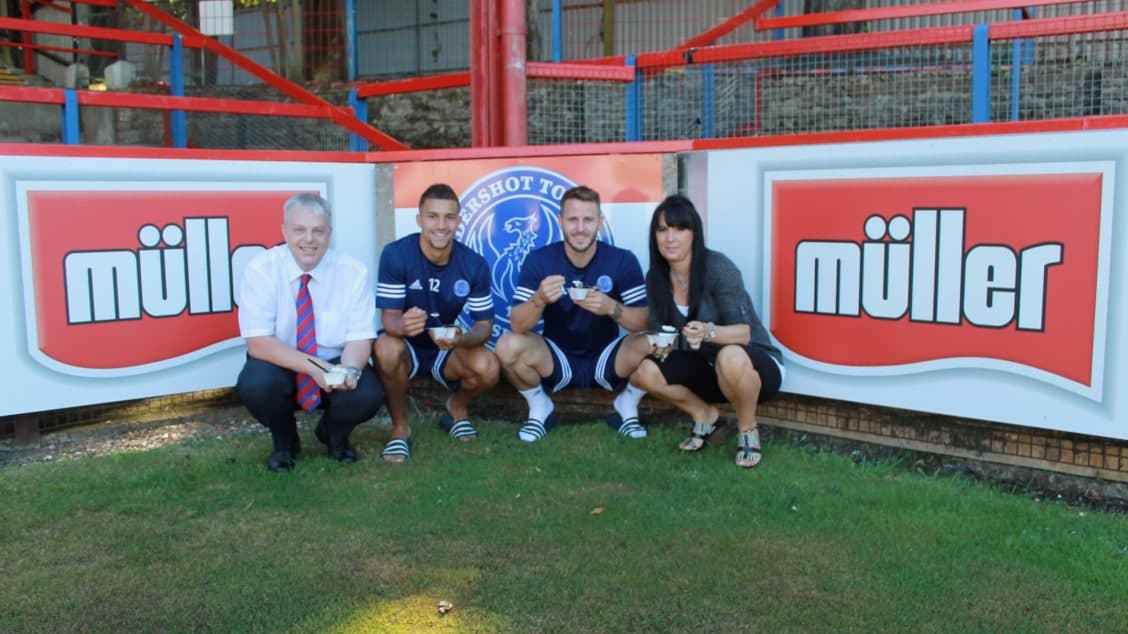 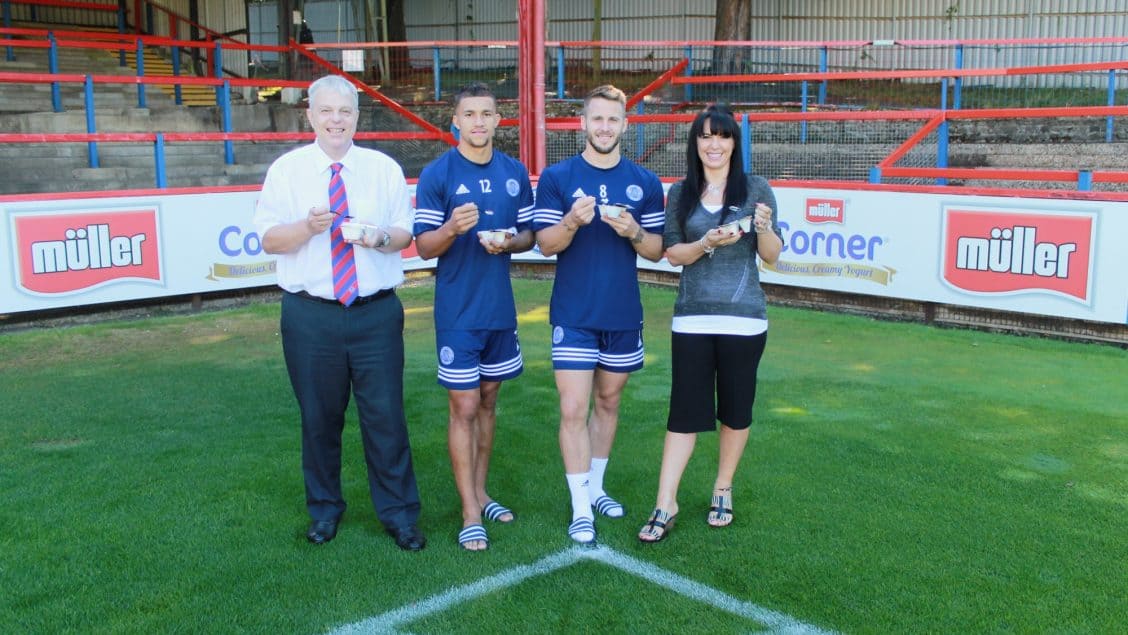